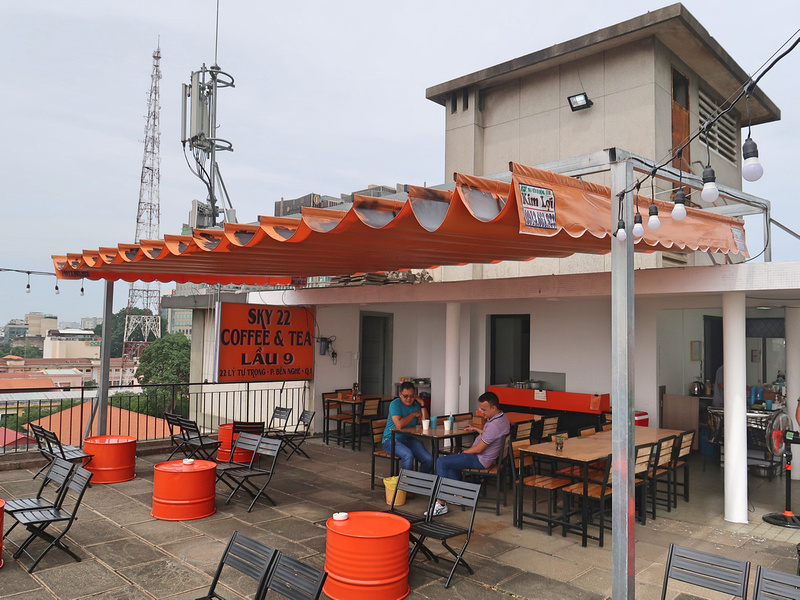 Every time I see the rooftop of 22 Ly Tu Trong I can’t help but think about that famous photograph by Hubert van Es that came to symbolize the U.S. evacuation of Saigon. Even if you don’t know the name you would know the photo, as it’s one of the most iconic images of the 20th century.

This building was the Pittman Apartments on what was then 22 Gia Long Street, and the building had offices for the United States Agency for International Development (USAID) and the CIA. The photo was taken on 29 April 1975, the day before the Fall of Saigon.

On one of my daily wanders around the city, I noticed there is now a rooftop cafe on this previously forbidden roof. 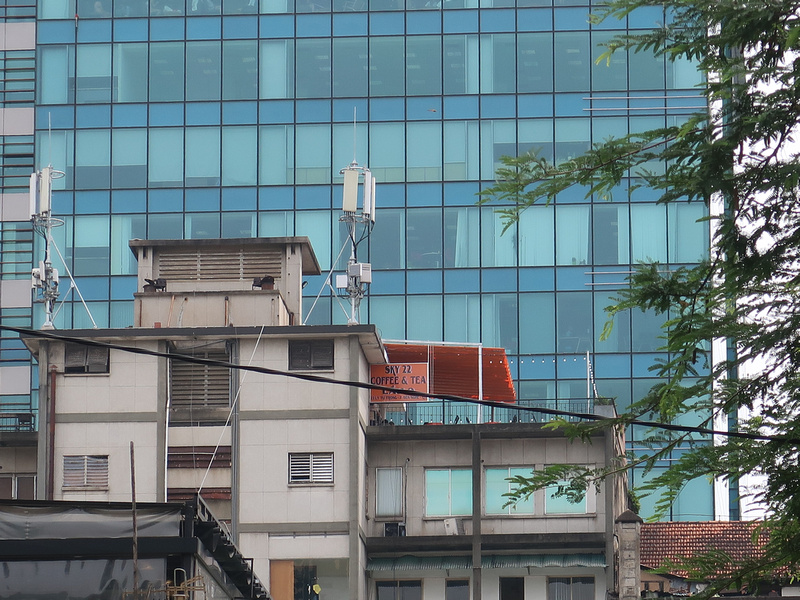 The building is now an office tower that’s not open to the public. Some of my hardcore history friends have managed to pay a visit to the roof (literally pay), but I’ve never needed to need to visit it that much. Now that there is a cafe on the rooftop I was able to legitimately visit. 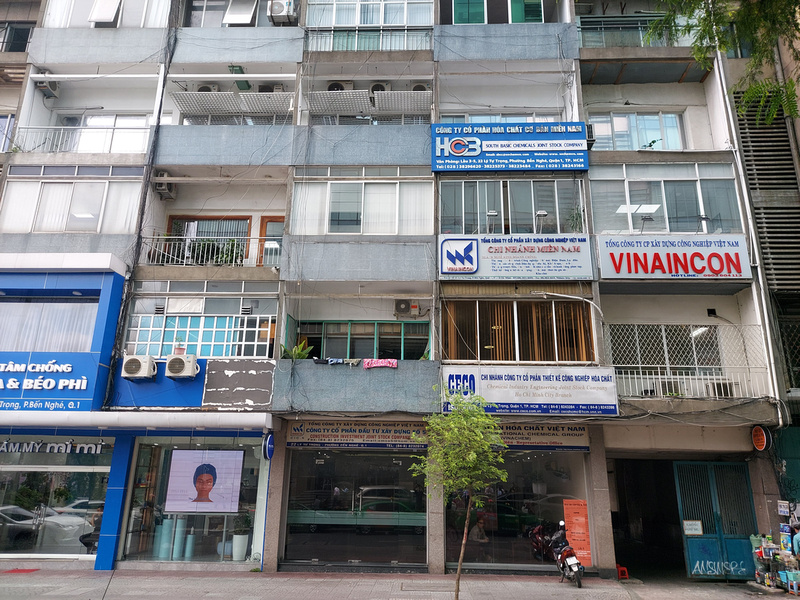 The entrance of the cafe is via the lobby of the office building on 22 Ly Tu Trong. Just say “cafe” to the security and go to the lift, and it’s on the 9th floor. 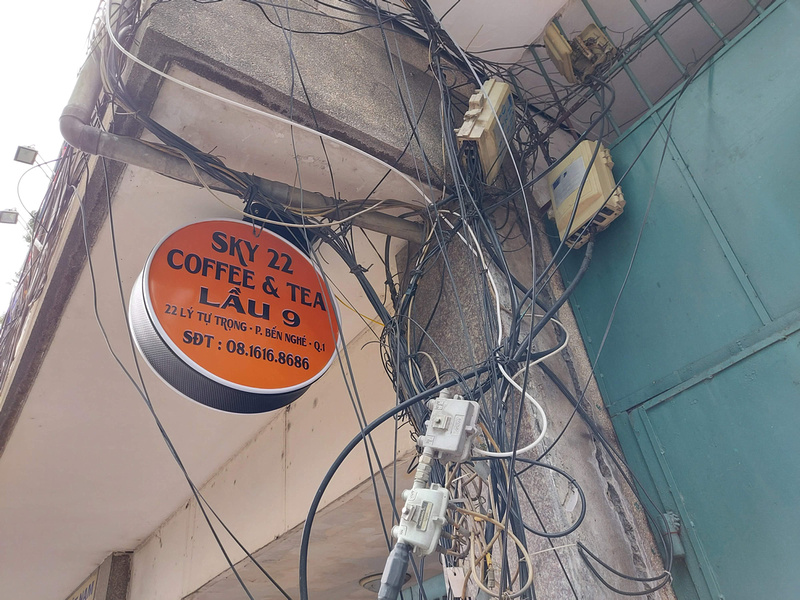 The lift opens onto the roof, and there is the Sky 22 Cafe.

I arrived around noon, and lunch was also being served (a typical economic rice meal – com binh danh). I got a ca phe sua da (Vietnamese iced coffee) and enjoyed the view. The building is near the Notre Dame Cathedral and old Saigon Post Office. 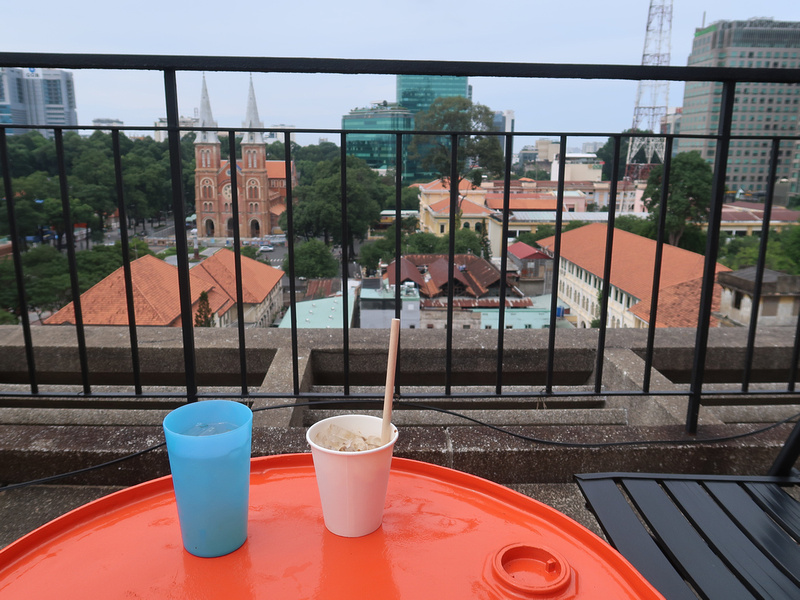 I wasn’t even thinking of going to the top section, but I was invited to have a look via a ladder that is set up there. It felt strange going up here knowing the history of the place. All cities are filled with ghosts, but some are more ghostly than others. Or at least I think about the past of some cities more than others. Berlin is one such city. I don’t know if I could ever live there and not think about its past. London is another one as well, though that has so many layers going back millenia, that a curious mind is always going to wonder about its past. And so it is with Saigon, where I’m reminded of its history through iconic wartime photos.

When you are on the top section you can see the side that the photo was taken from, which you can’t usually see unless you are in an office at the Vincom Center on the other side of the road. 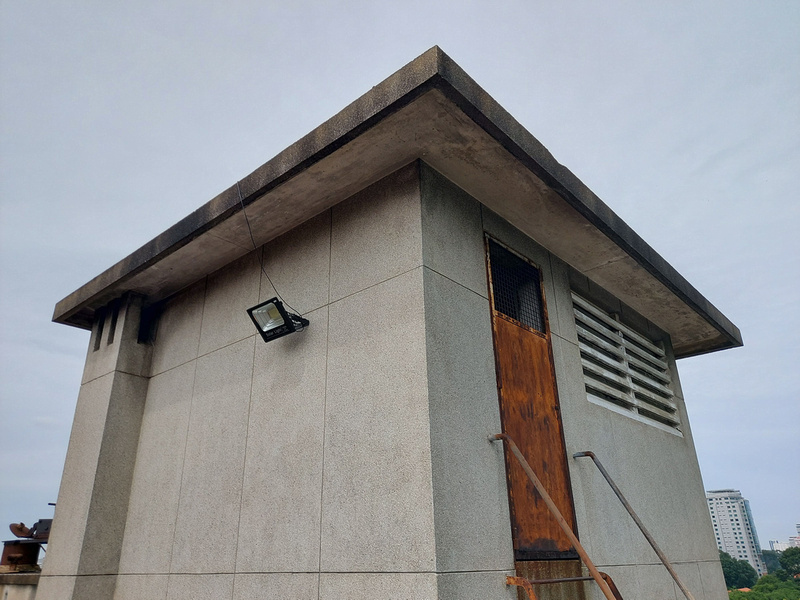 Next to 22 Ly Tu Trong is 26 Ly Tu Trong (the Catinat Building), which is one of my favourite old buildings in Saigon. It has been threatened with demolition over the years, but it is still hanging in there. It was great to see what it looks like from behind. 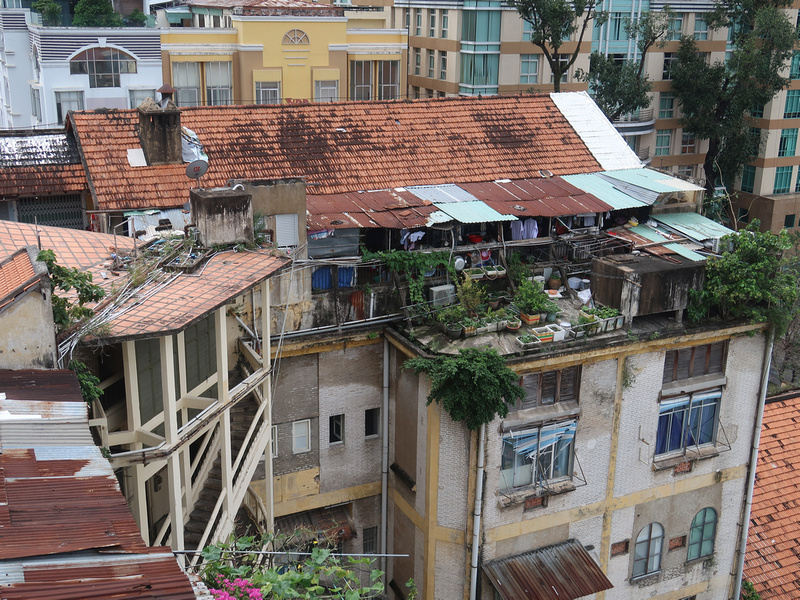 History aside, this is a great location for a cafe, and the prices are reasonable as well (30,000 VND / $1.30 USD for a ca phe sua da). Some places charge $10 a drink for the privilege of being on the roof. The rooftop cafe scene isn’t as developed as, say Bangkok, but it’s getting there. This is a great addition to the city, and no doubt it will become a popular stop for tour guides doing history walks around the city. 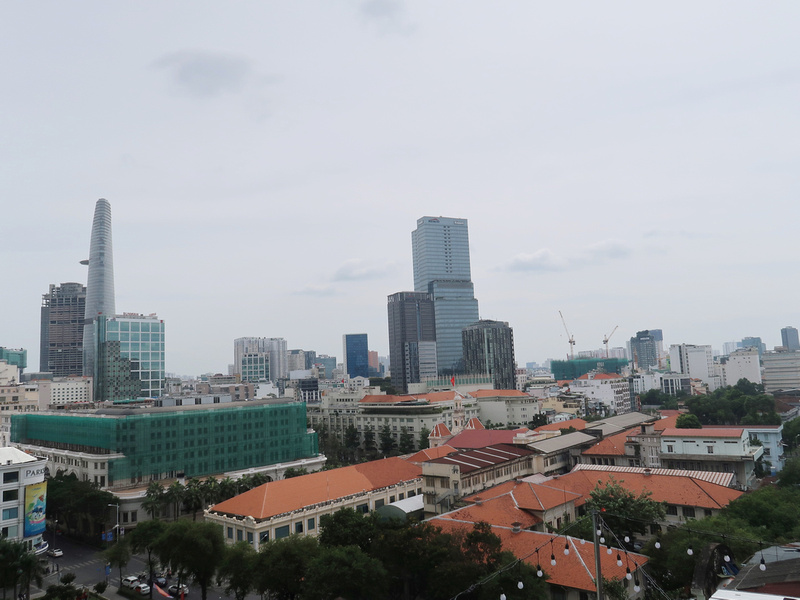 You won’t find any memorabilia about the history of the roof, and even if they wanted to they wouldn’t be allowed. If it gets too popular I suspect they will have to remove the ladder, before an Instagrammer has an accident.

If you are interested to see a war memorabilia cafe in Ho Chi Minh City, visit Cafe Saigon 1975. 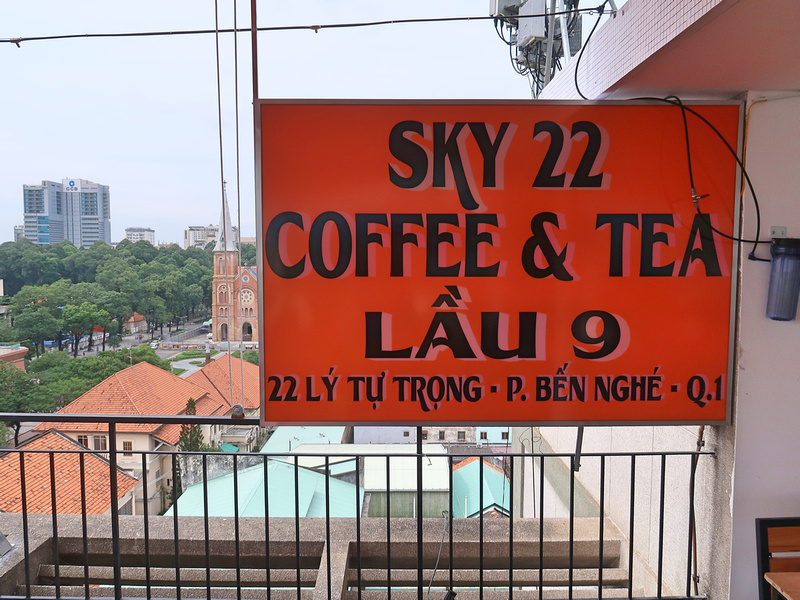