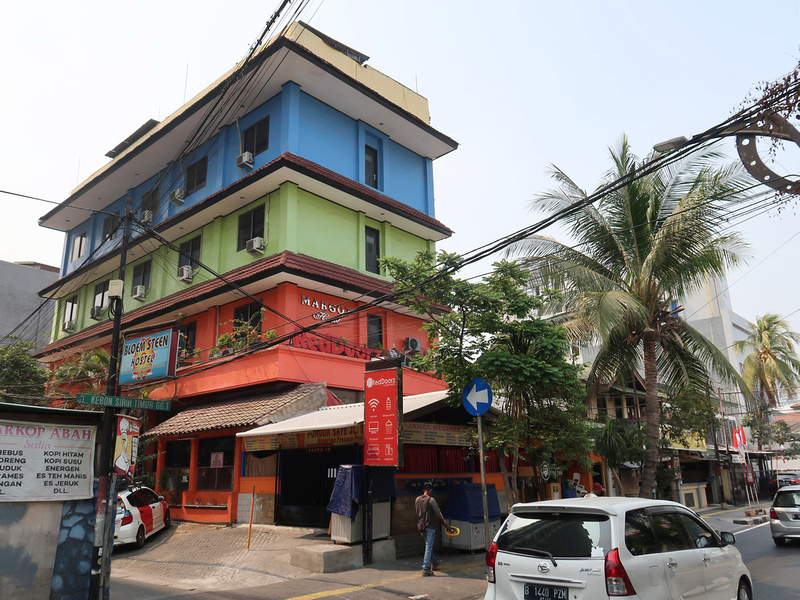 I stayed at RedDoorz @ Jalan Jaksa in Jakarta, Indonesia. I was looking for a place specifically on Jalan Jaksa, so I picked RedDoorz for its price and location. The rate worked out to be $13 USD per night, including the 10% service charge and 10% tax. That’s about as cheap as it gets for a private room in Jakarta.

Jalan Jaksa is a famous backpacker street in central Jakarta, though it has changed a lot since I first stayed in 2009. There are hardly any backpackers now, and many of the cheap hotels have gone.

RedDoorz is a Singapore-based budget-hotel booking startup, and they have been spreading rapidly across Southeast Asia. They operate three-star and below budget hotels, and they look to have up to 2000 hotels in their network by the end of 2019.

I noticed how fast they have spread in Indonesia as they were appearing in search results everywhere. This was the third RedDoorz hotel in a row I was staying at, having just stayed at RedDoorz in Palembang and Bandar Lampung.

RedDoorz are growing so fast by rebranding old hotels rather than building new hotels. In this case the RedDoorz @ Jalan Jaksa was formerly known as the Margot Hotel. Some hotels appear to be co-branding, while in other cases the RedDoorz brand becomes the new hotel identity.

I don’t know when the Margot Hotel became a RedDoorz, but it didn’t look like any work had been done on the hotel to improve it. The room looked worn out, with the walls looking like they could use a paint job. 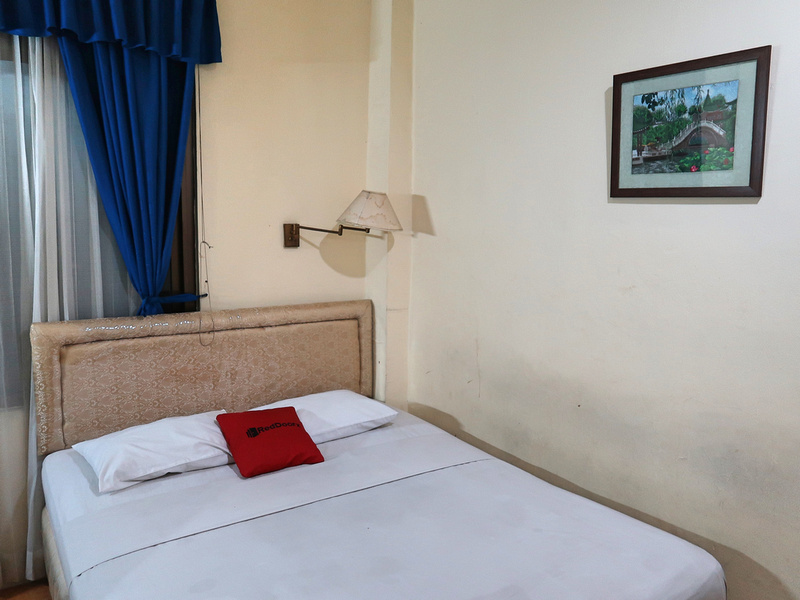 The room itself was spacious with a big window and a comfortable bed, and it had a useful table. There is free wifi at the hotel, and I had a good reception in my room. 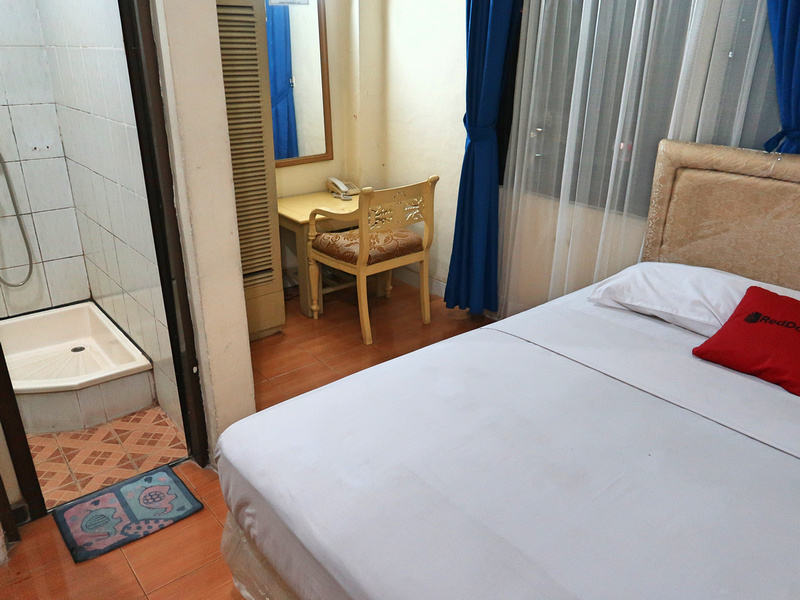 Overall though everything just looked old and run down. 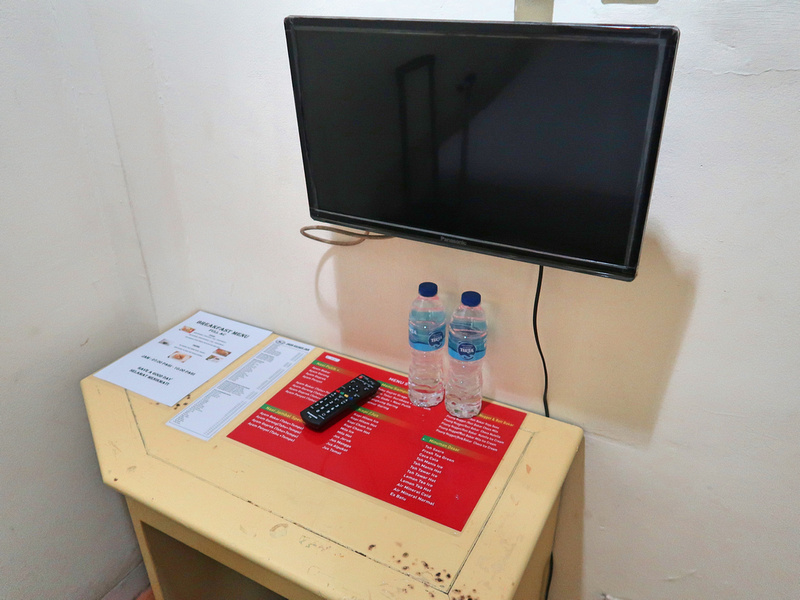 And in the bathroom the the shower head wasn’t working properly (like the previous two RedDoorz hotels I stayed at), so that was annoying. 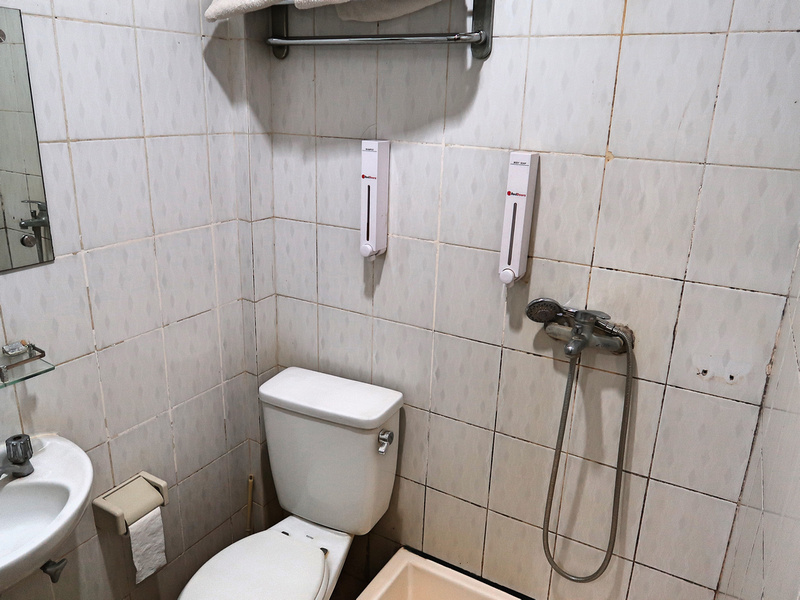 The hotel in general looked worn out. The carpets were practically threadbare, and in the hotel reception there were always guys sitting around smoking. I know Indonesia is a big smoking country, but that is not a good look. I couldn’t tell if they were guests or friends of the receptionist just hanging around. 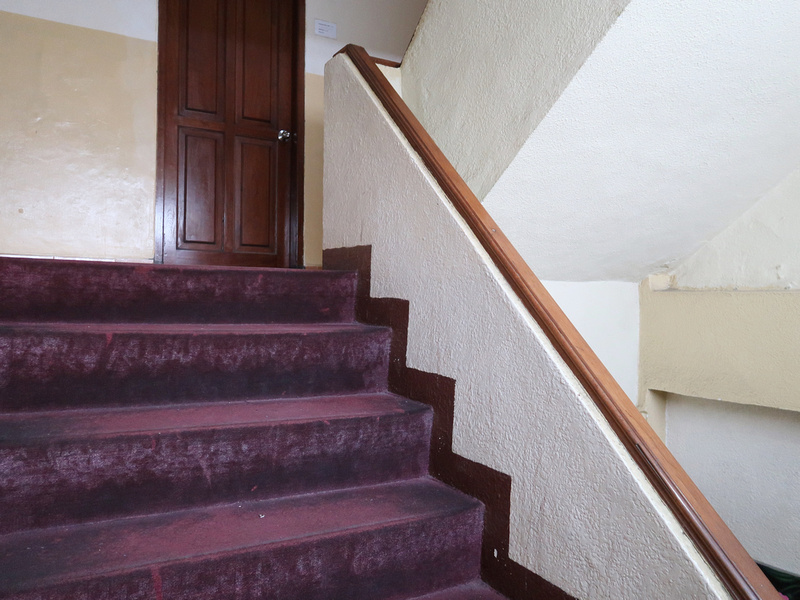 There is a breakfast service in the basement which consisted of a choice of toast or noodles. The toast looked like it had been in a toasting iron but without the cheese being added. 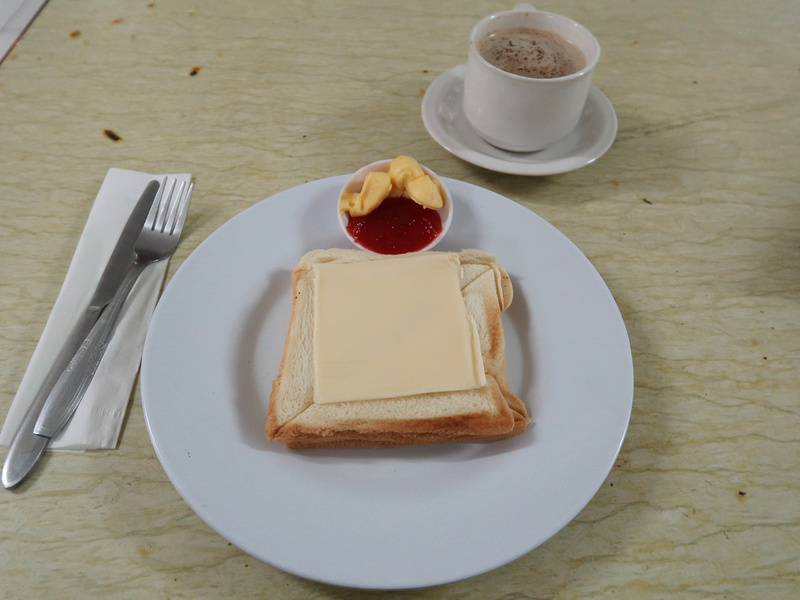 The next morning I opted for the mie goreng. 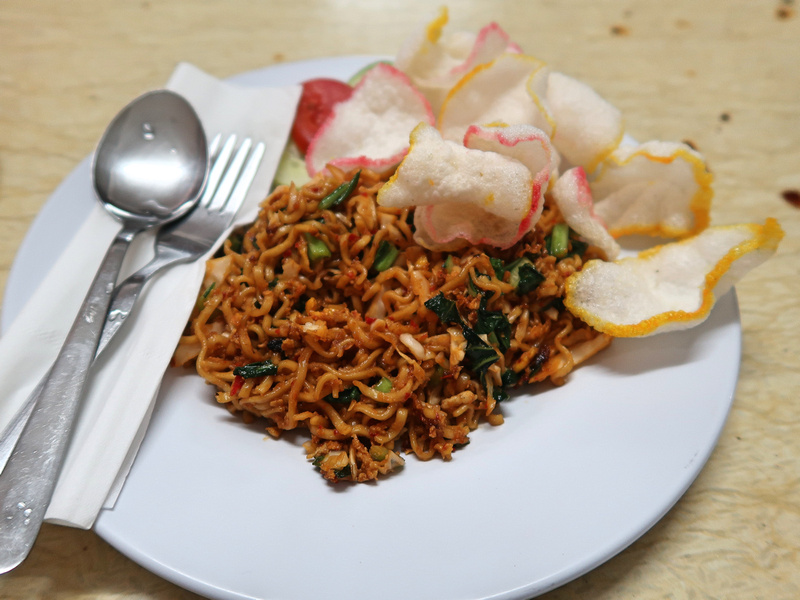 I had a strange experience on my first night, when at 1am I had a knock on my door, and then the phone rang. I was fast asleep at that point so I was confused about why the phone was ringing, and I didn’t answer it. The next morning at breakfast one of the guys asked if I tried to order a lady and gave me a little knowing smile and wink. I protested that I didn’t and asked to not call me unless there is a fire, but that just made it look like I was even more guilty. I’ve seen call girl cards slipped under my door in hotels in China, but I’ve not experienced anything like this before. 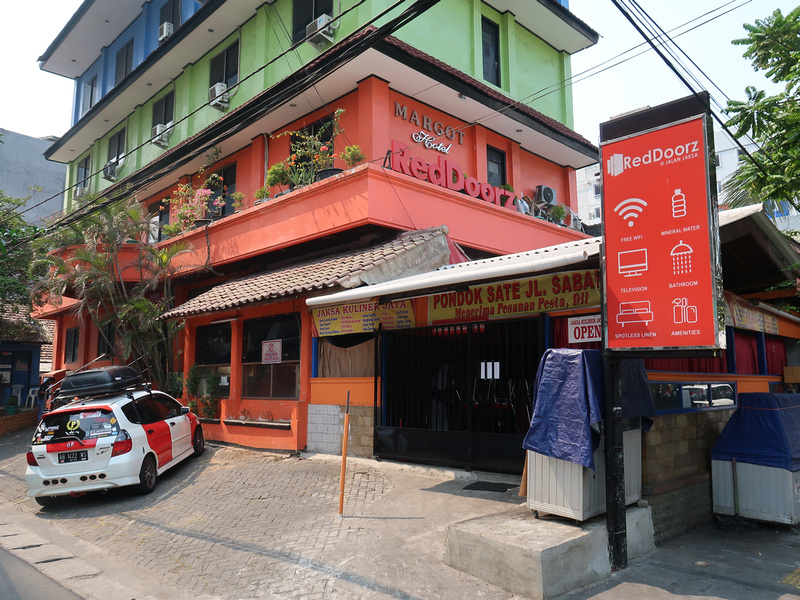 After reading about Reddoorz and staying at three hotels in a row, I must say that the experience wasn’t what I was expecting. I know they are budget hotels (that’s why I stay!), but the branding of the hotels make it seem like they are shiny and new. I think I was expecting something similar to Tune Hotel, which is a budget hotel chain that is part of the AirAsia group. They build new hotels to their own standards though, so there is no way they can expand like Reddoorz.

I wanted to stay in Jalan Jaksa as it used to be the backpacker street. Even though that scene has moved on, the street remains as a great location if you are a visitor to Jakarta. It’s close to transport and near enough to some of the more interesting sites of the city.

I don’t mind staying in old guesthouses and hotels in Indonesia, and I know you get what you pay for. Just be warned if you are expecting RedDoorz to be more modern.

Book RedDoorz @ Jalan Jaksa online or search for more hotels in Jakarta. And if you are new to the city you should definitely read my guide on which area to stay in Jakarta.