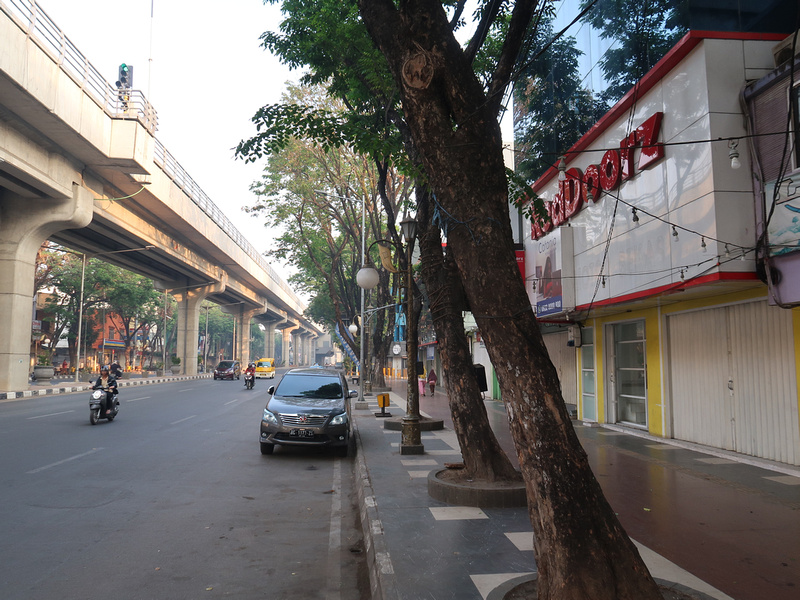 I stayed at RedDoorz Plus near LRT Cinde Sudirman Palembang in Palembang, Indonesia. I booked online for the rate of $10.78 USD per night (that includes service charge 10%, and tax 10%).

This was my first time in Palembang and there isn’t much information online about the best areas to stay. I was in Palembang to see the metro (LRT) line, so I figured I should stay near that. I also wanted to be close enough to the river, which appeared to have the most historical sites.

RedDoorz Plus near LRT Cinde Sudirman Palembang does what it says in its mouthful of a title, as it is indeed near the LRT Cinde station. The LRT starts at the airport, so it was an easy way to get to the hotel. From Cinde station it’s about a 5-minute walk.

RedDoorz is a Southeast Asian online budget hotel startup that has been buying up budget hotels and rebranding them as their own. Some of the hotels still keep their old name, while some appear to be completely rebranded as RedDoorz. The hotel I stayed at was previously a Yamaha dealership and was still showing like that on Google Maps. Knowing this bit of information the outside still more resembles a scooter shop than a hotel. 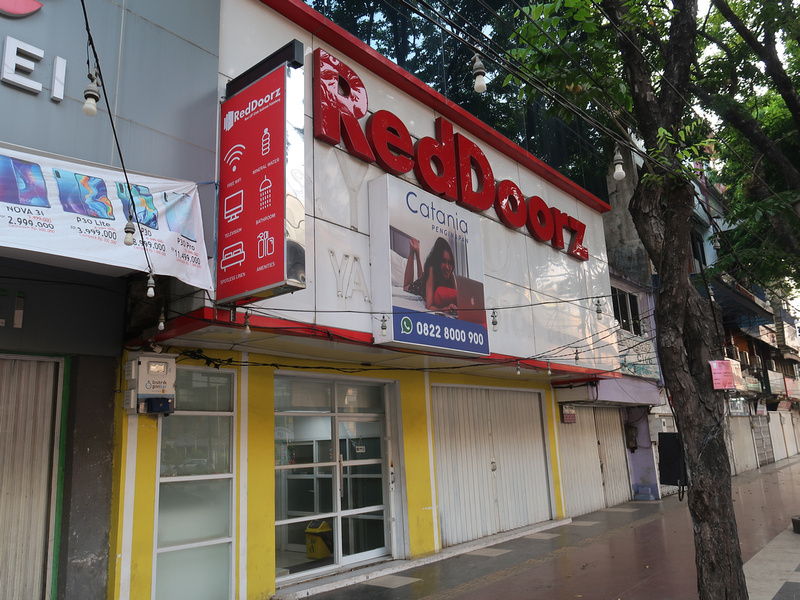 After checking in I went to my room. I booked a double with a private bathroom. I made sure I got a room with a window, though the view was only of a wall. The room was air-conditioned, which was needed in this concrete building. 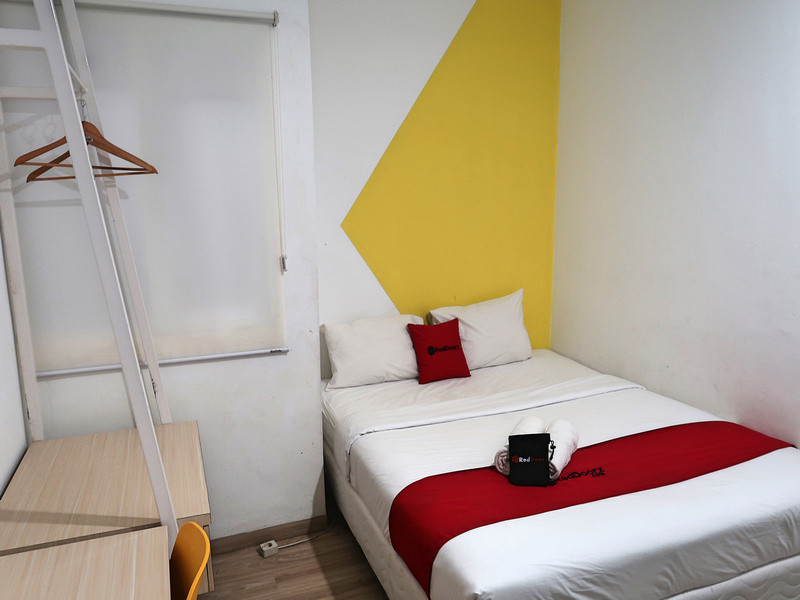 There was enough room by the side of the bed for a table and open closet. There was only one power outlet so I had to plan my charging schedule. There is free wifi and I had no problem with the connection. 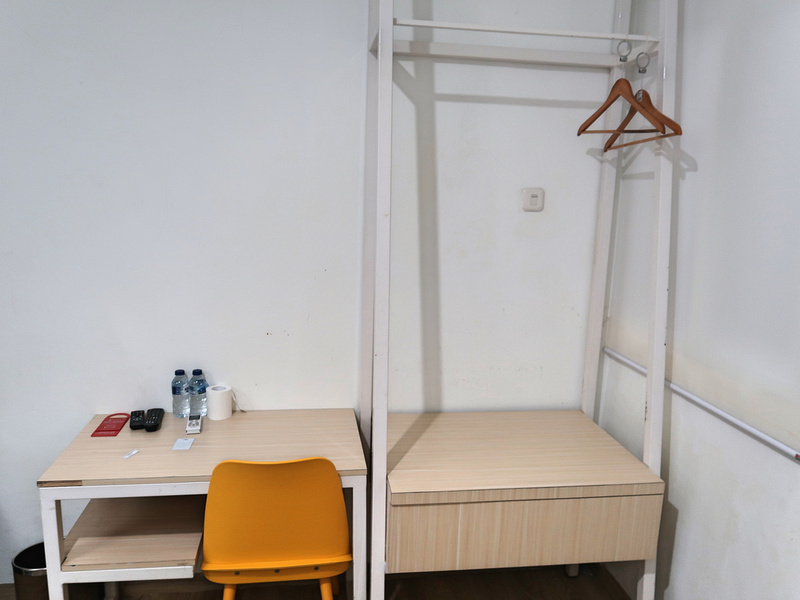 The bathroom was in reasonable condition, but the shower head was broken and it was leaking half of the water from the side. There was not enough space to place toiletries either. 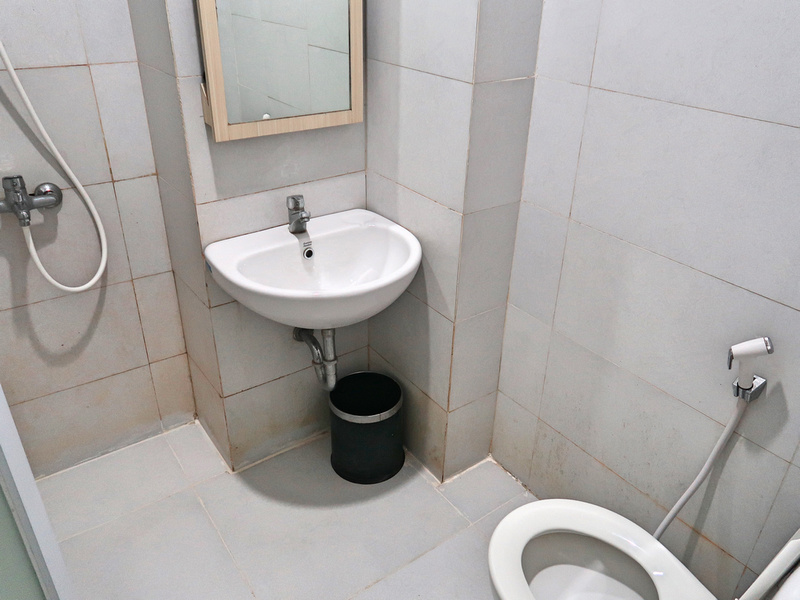 There is a common area downstairs with a pool table and some lounge chairs. 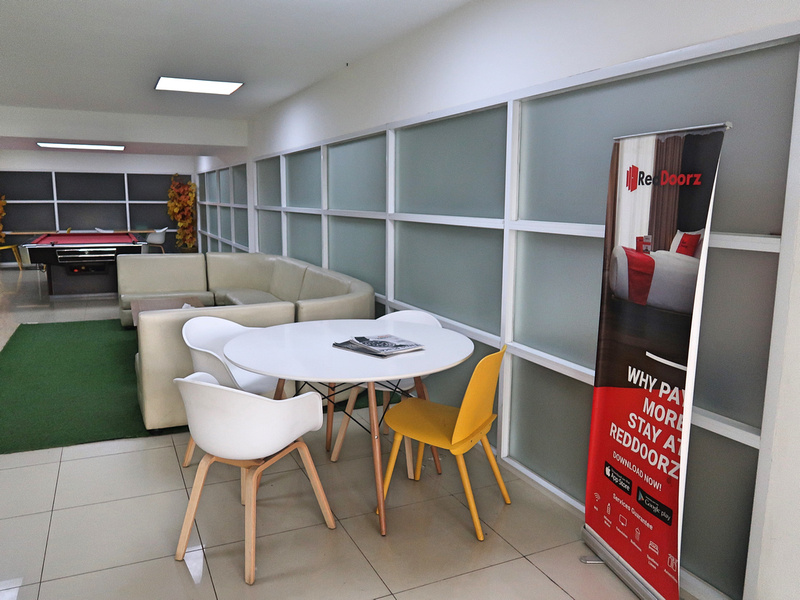 There is no breakfast service here so I went to an Indomaret convenience store near the hotel. Indomaret also has the Point Cafe inside, so I was able to get a coffee there.

The location turned out to be great, especially being near the single metro line. I had considered being near the river, but there are not many places to stay there and it’s more of an old market area.

Overall this served me well as a budget hotel, and I’m used to budget hotels in Indonesia being a bit run down with broken showers, etc. and at ten bucks a night I can’t complain. I was surprised though that RedDoorz is spending all this money on branding as a clean and reliable budget chain, but they aren’t spending money to fix up these old budget hotels.

Book RedDoorz Plus near LRT Cinde Sudirman Palembang online or search for more hotels in Palembang.

From Palembang I got the train to Bandar Lampung.