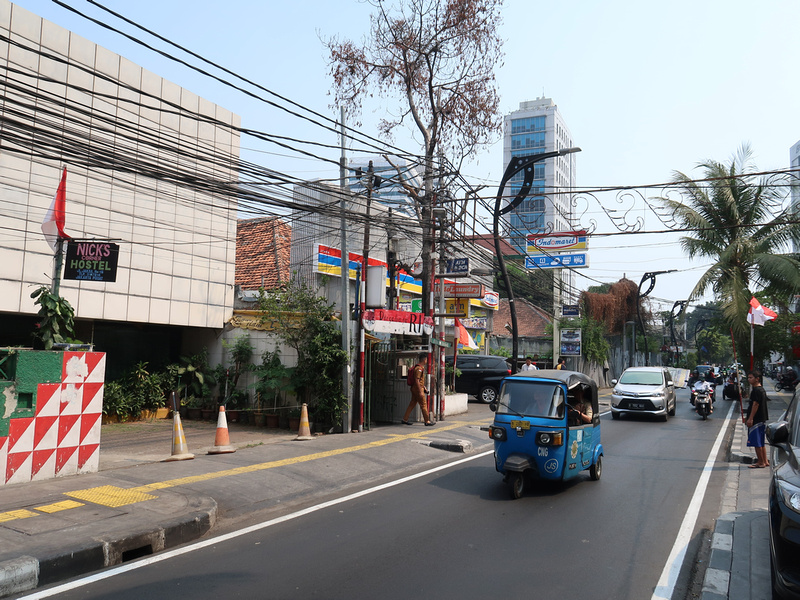 On my first trip to Indonesia in 2009 I travelled from Medan to Bali by ferry, bus, train, and plane. Midway through that trip I arrived in Jakarta with a copy of Lonely Planet Indonesia in hand. The Book directed me to Jalan Jaksa – the backpacker street of Jakarta.

I don’t remember where I stayed, but I would have had some places marked out in the LP as a target to walk to. Back in those days you used to just turn up to a street like this and walk around until you found a place.

Having just come from Sumatra where there were hardly any backpackers, it was a welcome sight to see some fellow travellers and swap travel stories.

While it was nowhere near the atmosphere of Khao San Road in Bangkok or Pham Ngu Lau in Saigon, Jalan Jaksa was a notable backpacker street on the so-called banana pancake trail.

Jalan Jaksa was a typical Southeast Asia backpacker street that had everything a pre smartphone-era traveller could need. Alongside the hostels and cheap guesthouses were travel agents, bars, and second-hand bookstores. 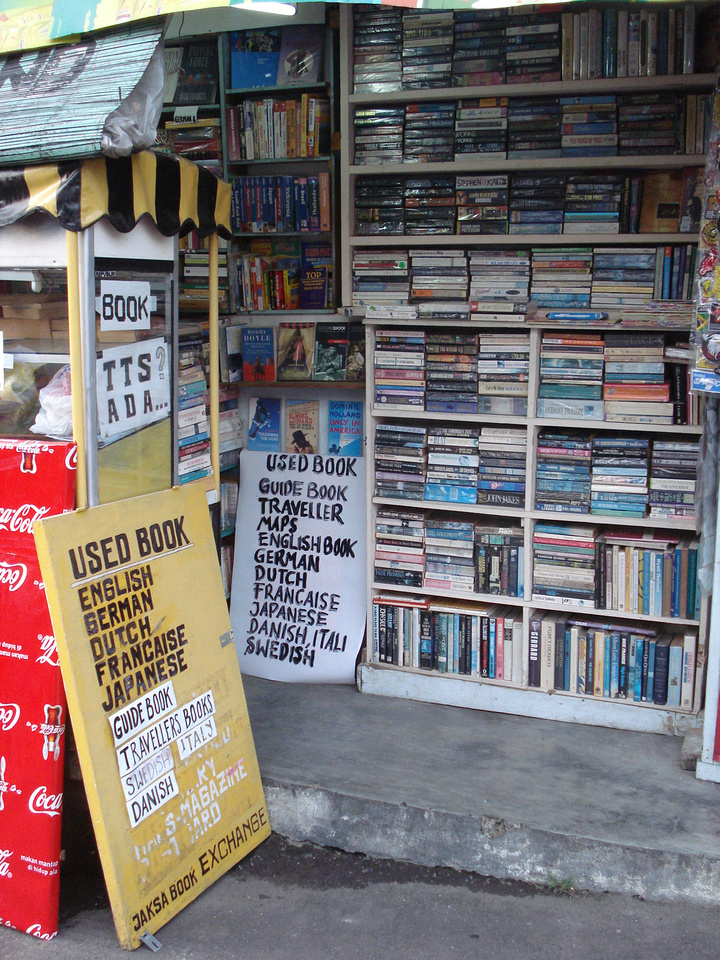 [A classic backpacker bookshop on Jalan Jaksa from my visit in 2009.]

I say it was because having returned to Jakarta ten years later, Jalan Jaksa is a shadow of its former self. Many of the travel-related businesses have since closed, and there were hardly any backpackers to be seen. 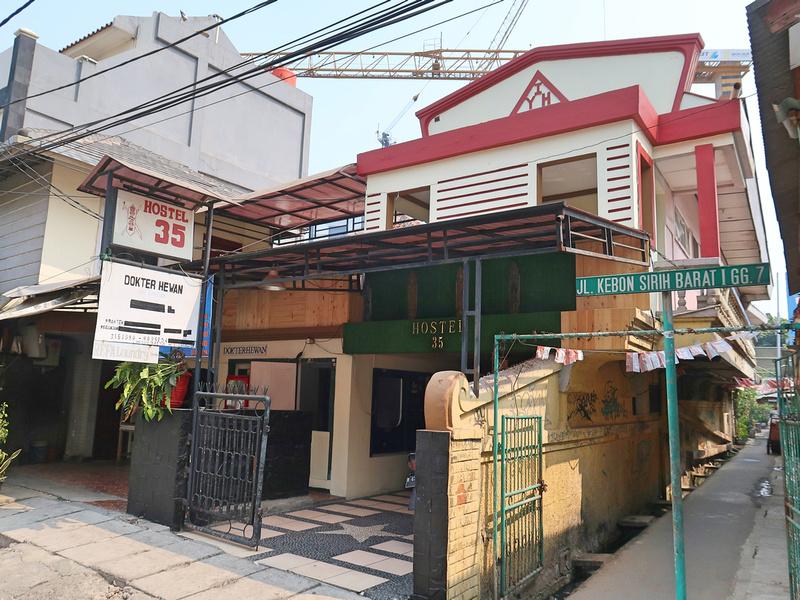 I went by one of the remaining bars on the street and it looked like it hadn’t been dusted since I was last here. Every time I walked by I was invited for a drink. Ahh, if only they knew. A young James would have at least tried to prop up the bar for a few days. 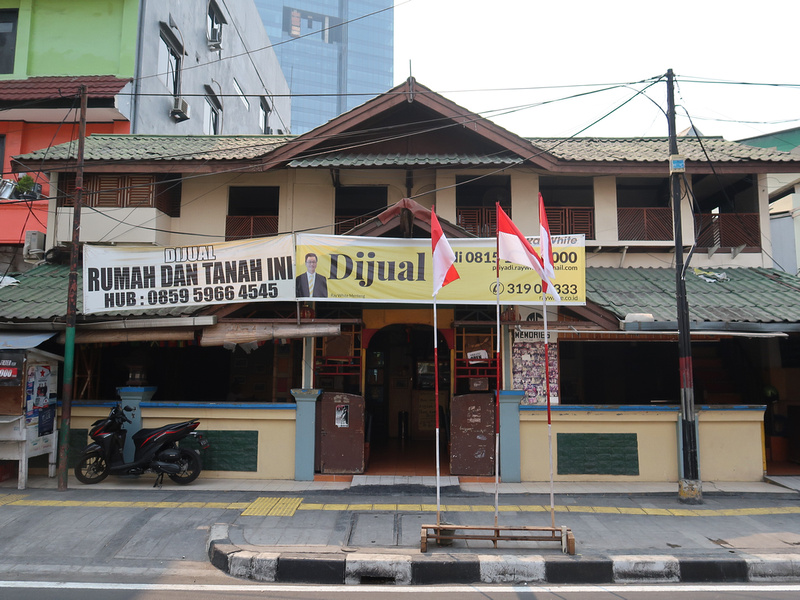 Here and there I saw some remnants of a bygone era that hinted that at a different era of travel. There are still some travel agents, and this sign advertising overland travel to Komodo seems like a relic of the past. 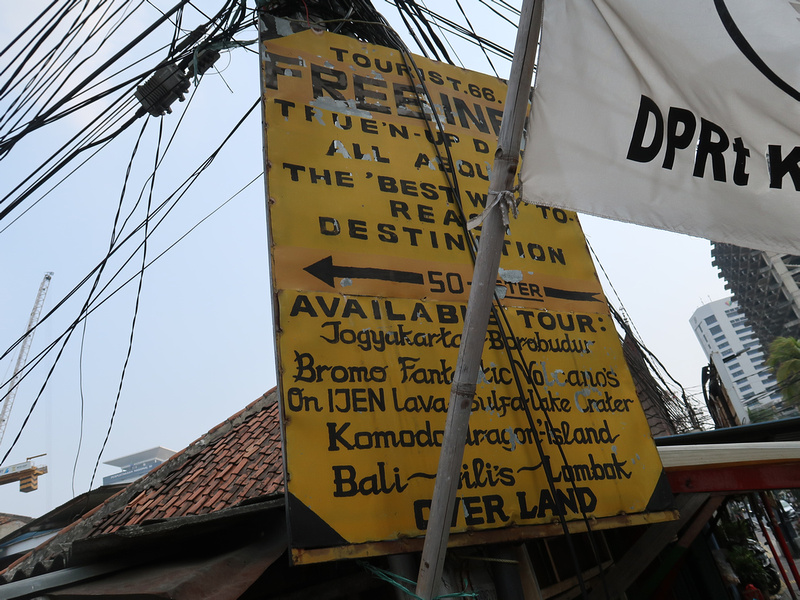 There are a few hostels hanging in there, and an alley off the street still has some losmen (family guest houses) where you could just turn up and ask for a room. 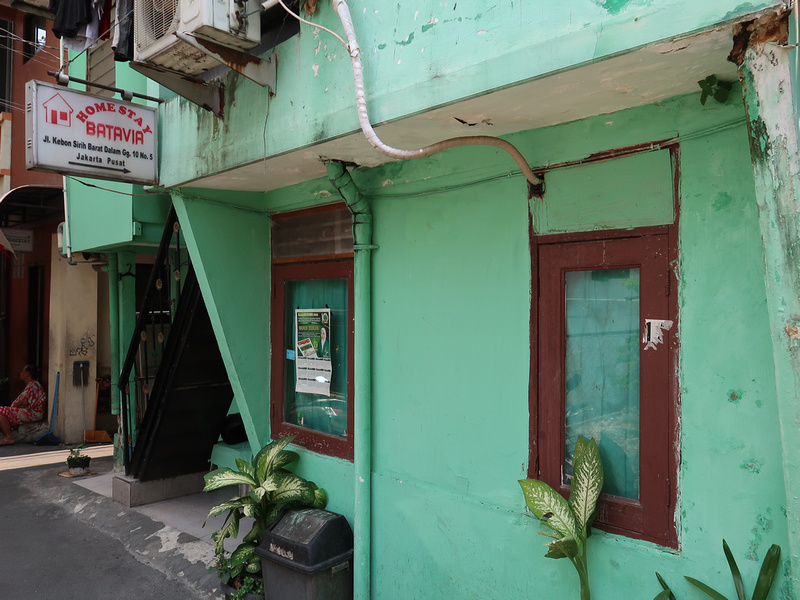 Despite the boarded-up shops and empty lots, it appears that Jalan Jaksa is going through a metamorphosis rather than a terminal decline. 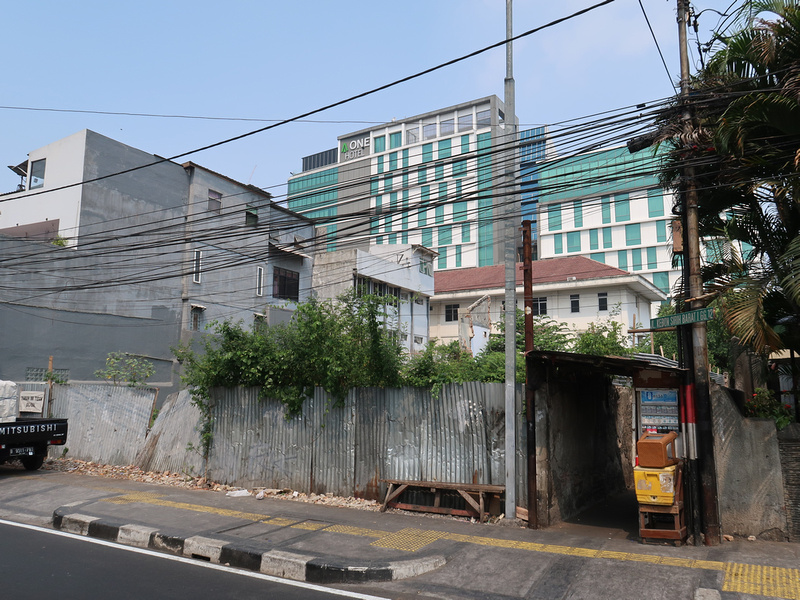 The surrounding streets are thriving, and Jalan Jaksa still remains as one of the best located areas to stay in Jakarta. It’s a 10 minute walk to Gondangdia Station on the commuter line, and not far from Gambir Station (the long distance railway).

The location will be even more convenient once the metro is extended. Currently it’s about a 20 minute walk to Bundaran HI station on the new North-South metro line. The metro is going to be extended further north to Kota, and there will be a new station within 10 minutes walk at Sarinah. This will be the interchange with the future East-West line and it’s possible that the East-West line will have a stop at Jalan Jaksa.

Behind the dump of a hotel I was staying at, workers were putting the finishing touches on the tower that will house the Park Hyatt Hotel. There’s an Aloft Hotel nearby, and at the end of Jalan Jaksa is the Morrissey Hotel Residences – a 4-star serviced aparthotel that has probably never had a Lonely Planet pass through its doors. 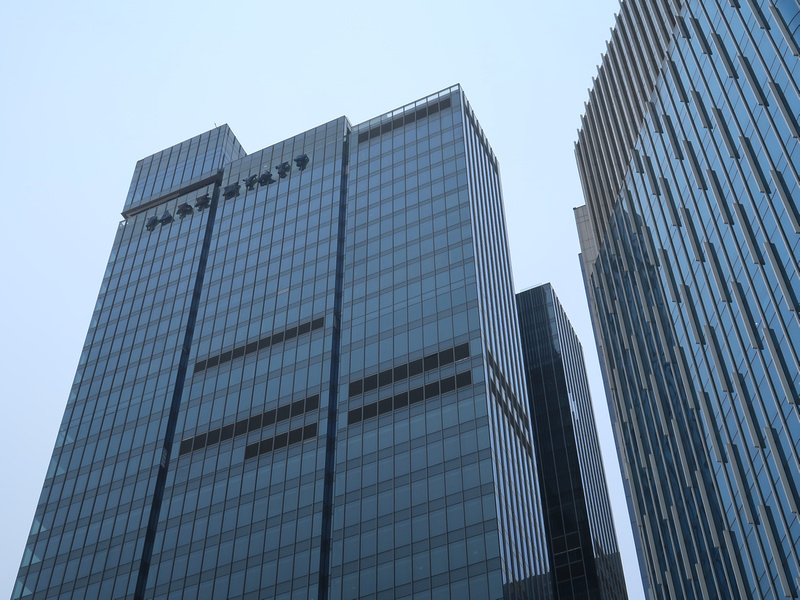 Developers have seen the potential of this area, with new apartment towers being built near where this future metro junction will be. 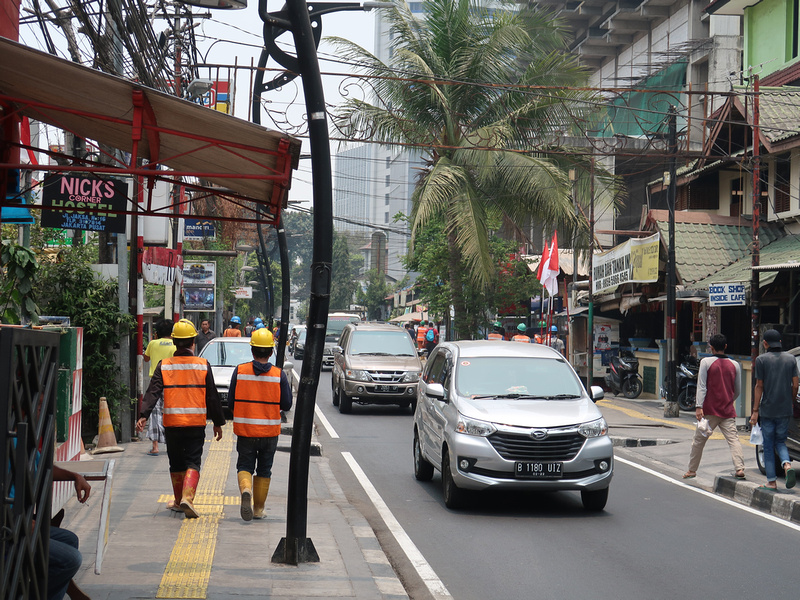 Out are the grungy backpacker bars, and in are the third-wave hipster cafes. 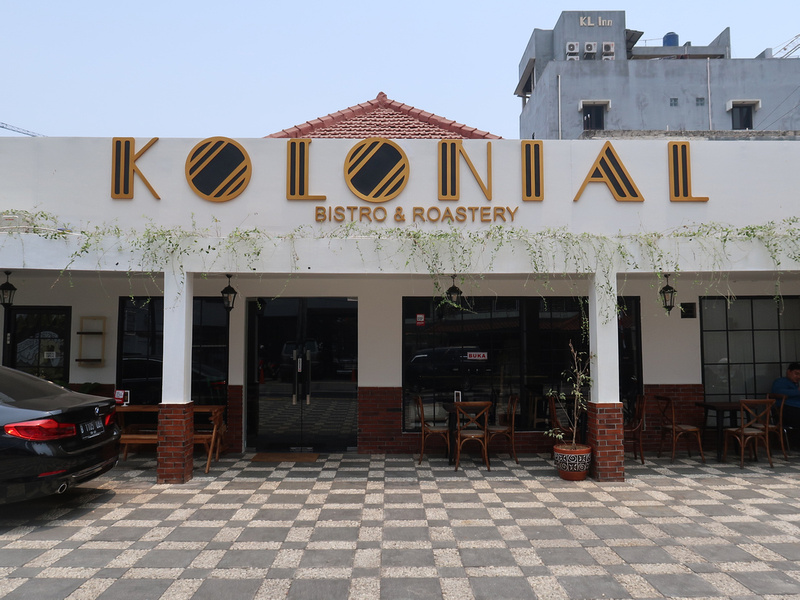 Walking up and down Jalan Jaksa everyday got me thinking about where all the backpackers have gone, which is a question asked about Indonesia in general.

I’m aware that Jakarta is not everyone’s favourite city, but it still worthy of a visit. If you are travelling around Indonesia how could you not be curious about the capital city.

Here are some thoughts on why there are less backpackers.

The rise of low cost airlines

At the time of my first visit to Indonesia, AirAsia was less than 3 years old and overland travel was still a prevalent option. Now there are so many cheap direct flights available that long-distance overland travel is less of a consideration.

I lived in London in 1999 and I saw how low cost airlines transformed travel in Europe, connecting seemingly unlikely secondary cities for the first time. This is now happening in Southeast Asia, where you can now fly from previously unconnected provincial cities. For example you can now fly from Padang in West Sumatra to Yogyakarta in Central Java without going through Jakarta.

Finally, nothing lasts forever. Places change and travel styles evolve, and when you start stacking up decades of travel experience you see these changes over time.

Things that seem so permanent now may not be there in the future. Soi Ngam Dupli used to be the backpacker street in Bangkok before the scene moved to Khao San Road. In its heyday shop owners might have though that they were set for life with a steady stream of backpackers.

And if you want to see how much travel has changed get a copy of Lonely Planet – Across Asia on the Cheap from 1973.

As I write about city development and future metro systems I no doubt will be back when the East-West line is finished, and maybe by then Jalan Jaksa will be unrecognisable from 20 years ago.

For more information, read my guide to Jalan Jaksa and guide on where to stay in Jakarta.