Tra Vinh is the provincial capital of Tra Ving Province, deep in the Mekong Delta region about 140 km south of Ho Chi Minh City. It’s not on the way to anywhere unless you are going to another place even more out of the way. It’s worth a visit though if you have more time to travel beyond the main Mekong highlights. 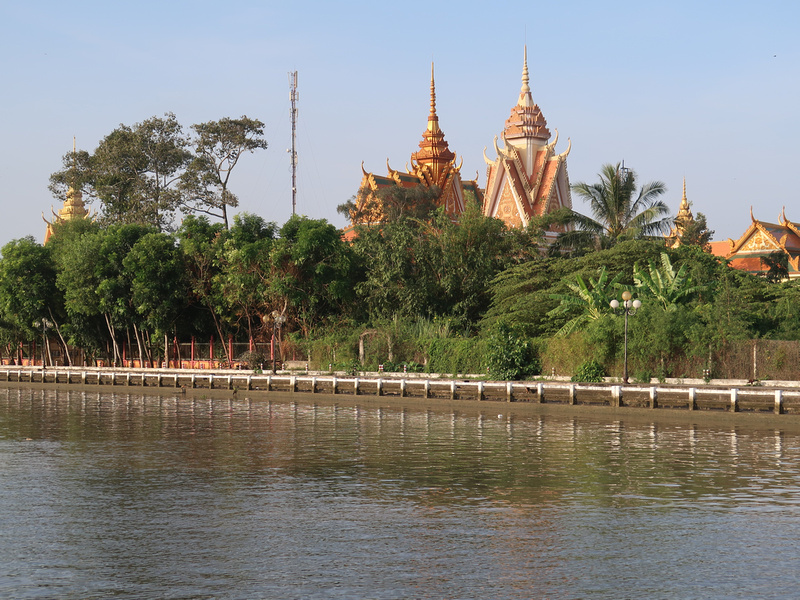 Tra Vinh is famous for its Khmer temples that are scattered around the outskirts of the city. The Mekong Delta is home to Khmer Krom, one of Vietnam’s ethnic minority groups. In Tra Vinh you can see the best Khmer temples in Vietnam. 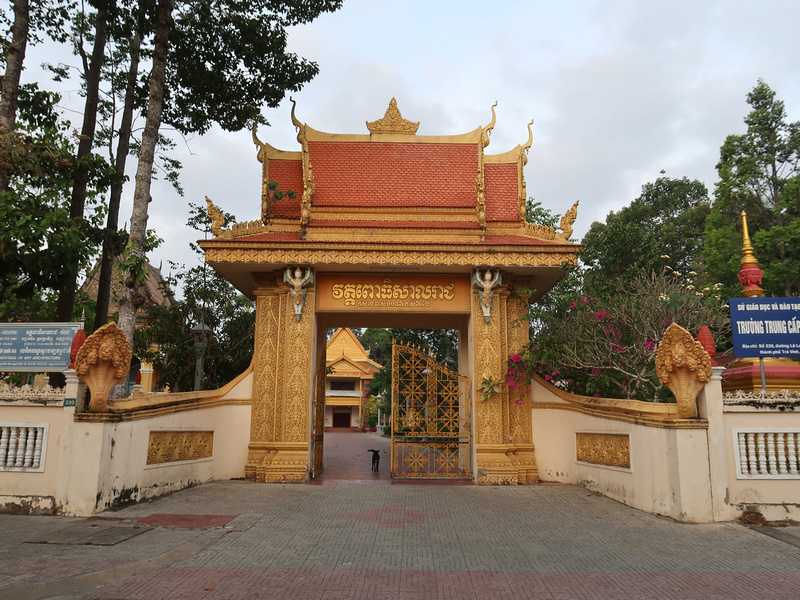 I saw some of the biggest ones on the bus on the way into town. If I had never been to Cambodia I would have made the effort to visit some of them. There are a few temples in the city centre as well, and at times I thought I was in Phnom Penh when looking at these. I was more impressed though with the town of Tra Vinh in general. 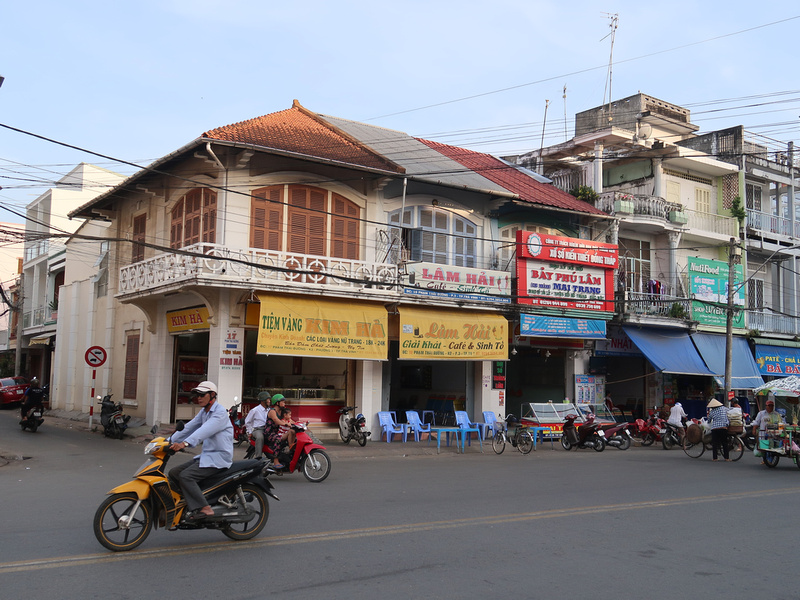 So many of the market towns in the Mekong Delta are just one long road along the side of a river or canal. Tra Vinh has an actual city centre with a gridded layout. There are wide streets with big trees, and footpaths as well. 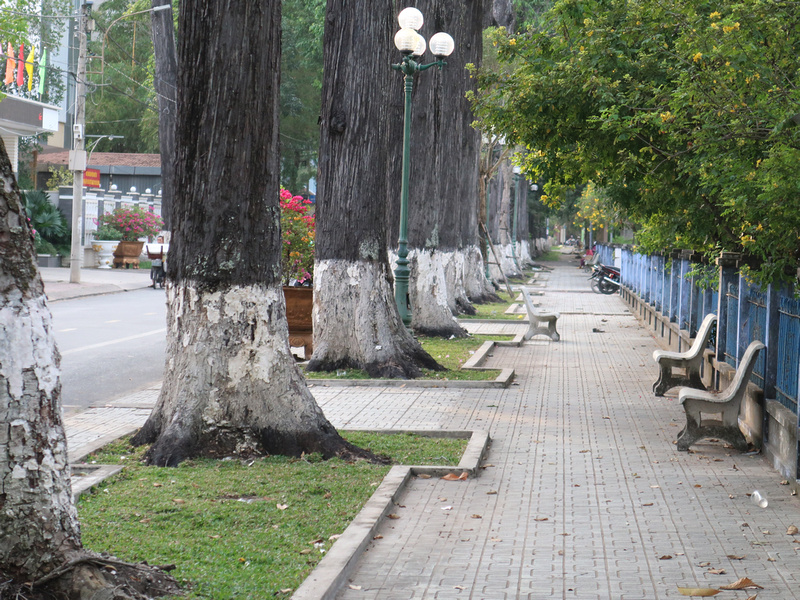 Being a provincial capital there is a great riverside market. 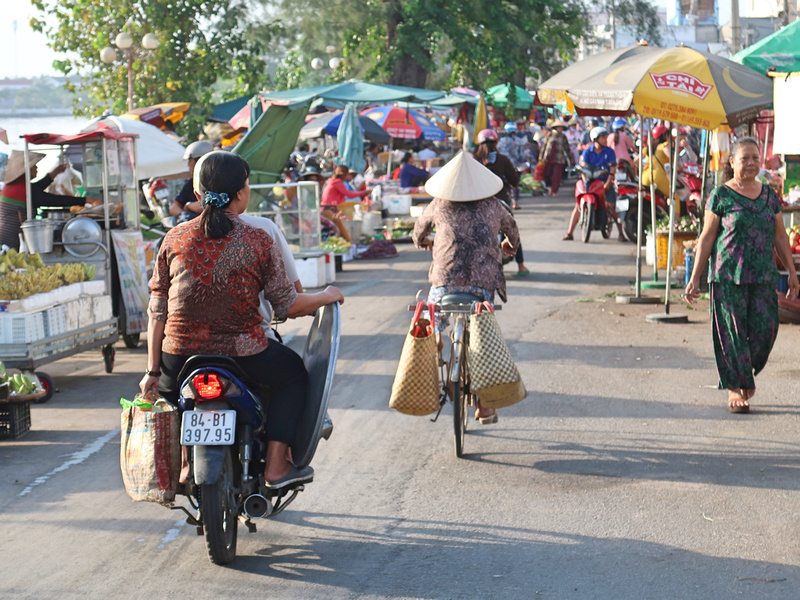 There are some colonial remnants here, but like most provincial cities in Vietnam they have been lost to time, modified, or hidden behind renovations. 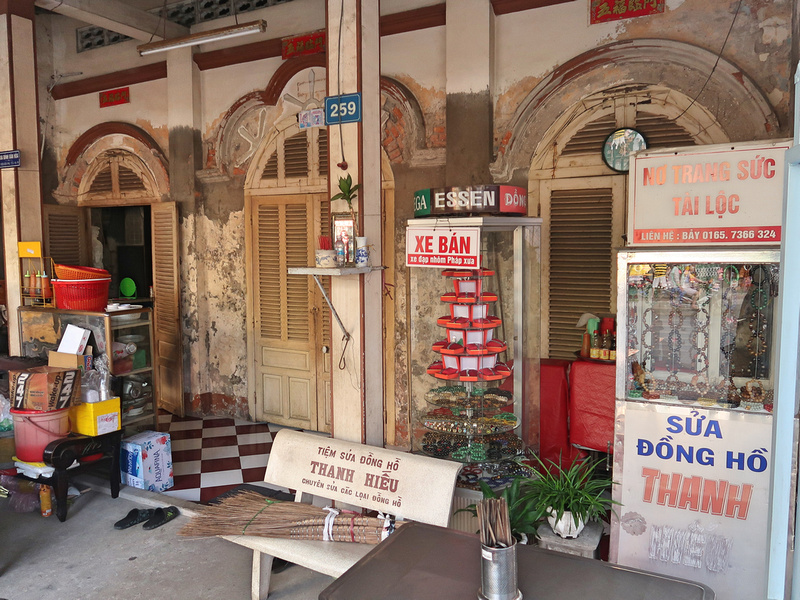 I would not have known this building existed if I was walking on the other side of the road. 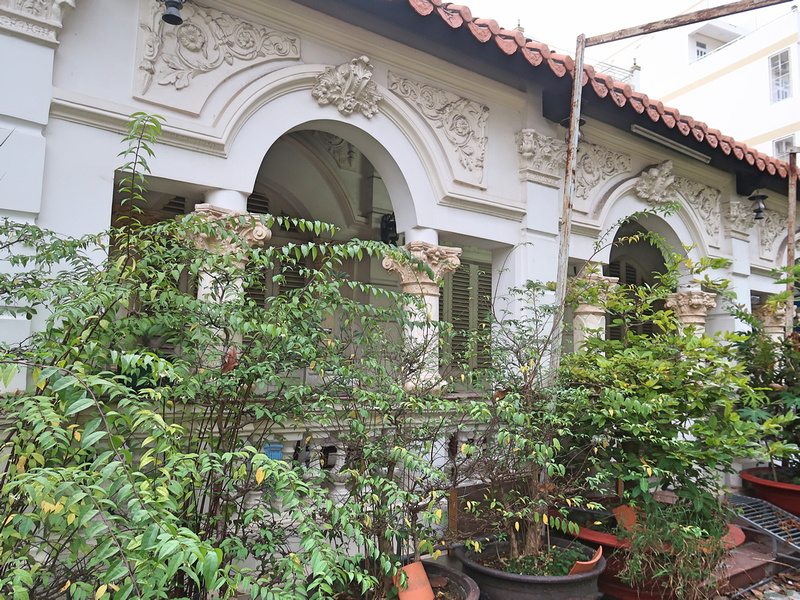 If they had of held on it could have been a mini Hoi An, or at the very least another Kampot. 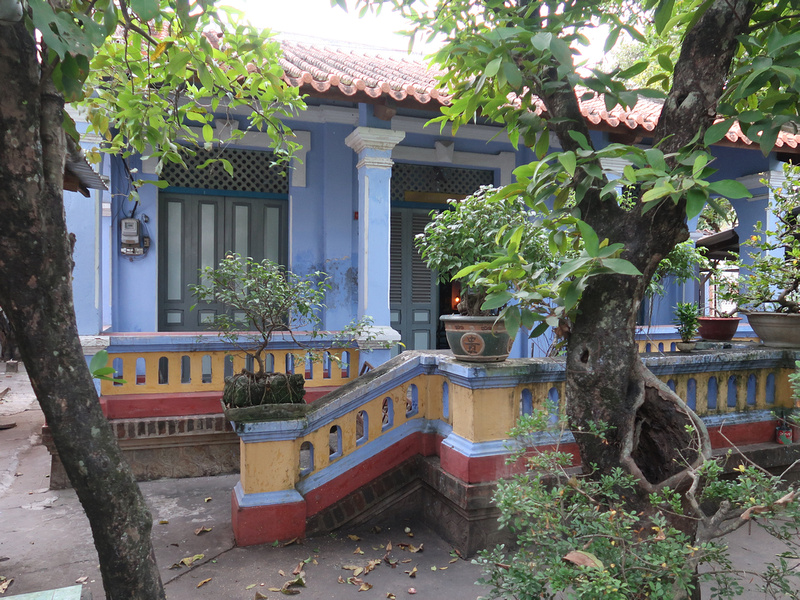 Another thing I found interesting about Tra Vinh was the diversity of religious buildings. Alongside the many Khmer temples, there is the catholic cathedral left over from the time of the French. There is a mosque in the town centre, as the Mekong also has the largest muslim community in Vietnam. 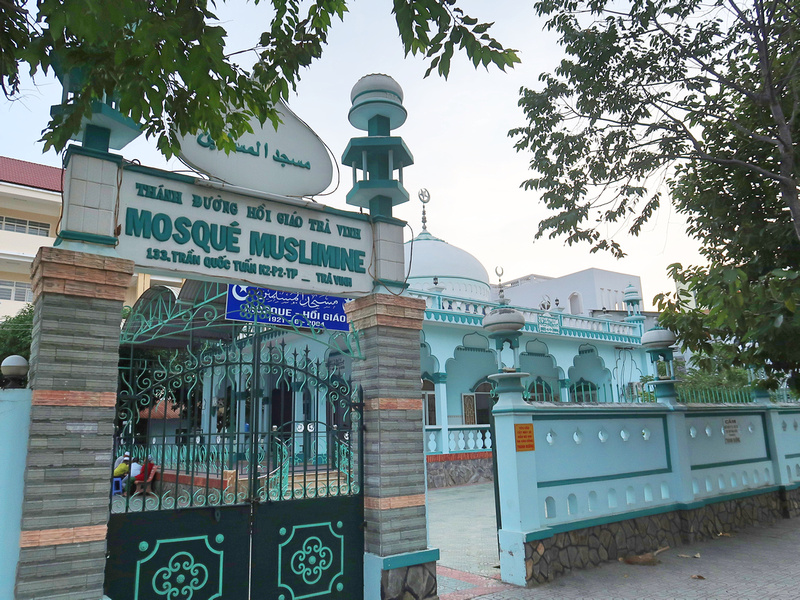 Being in the Mekong Delta there is also a Cao Dai temple. 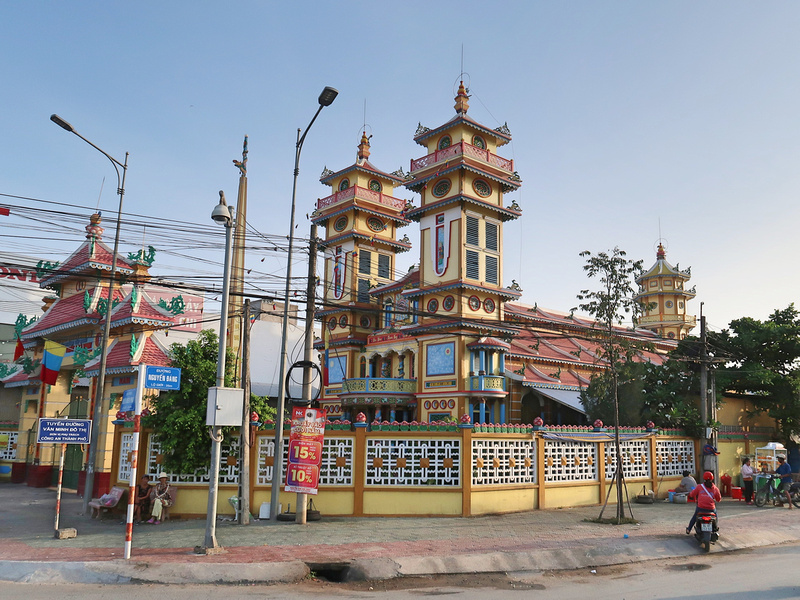 The Ong Pagoda is a Taoist Temple founded by the Fujian Chinese Congregation. 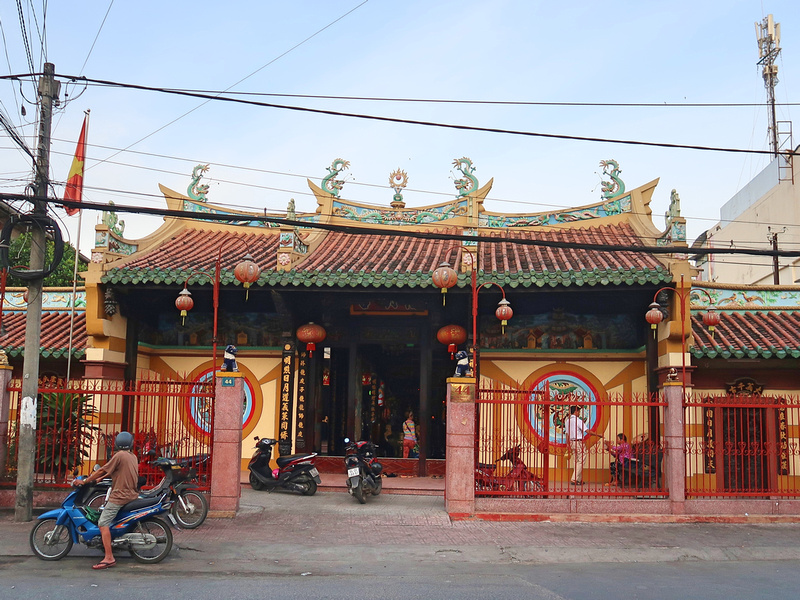 And of course there are Buddhist temples here as well. 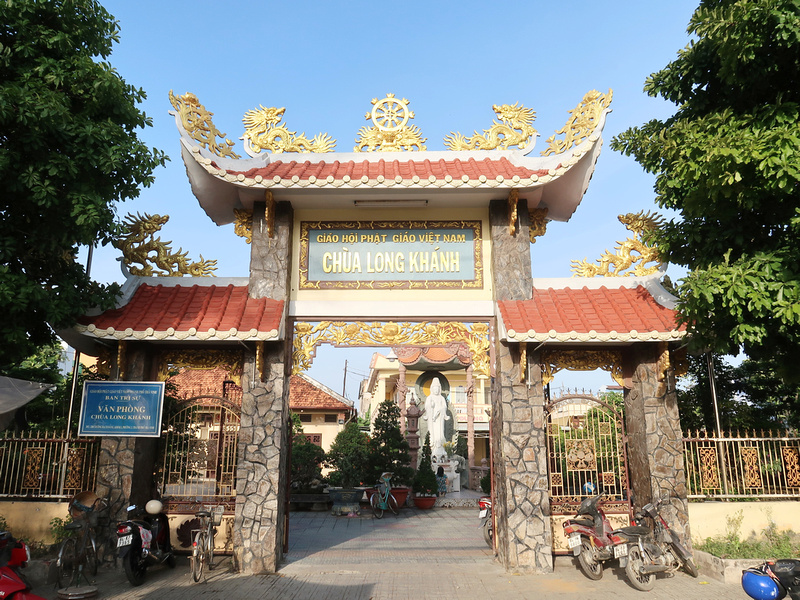 I found some good street food here, including the tastiest vegetarian pho I’ve ever had. Usually the broth is flavourless, but this one had a good taste. Vegetarian food (chay) is more prominent in the Delta than anywhere else in Vietnam. 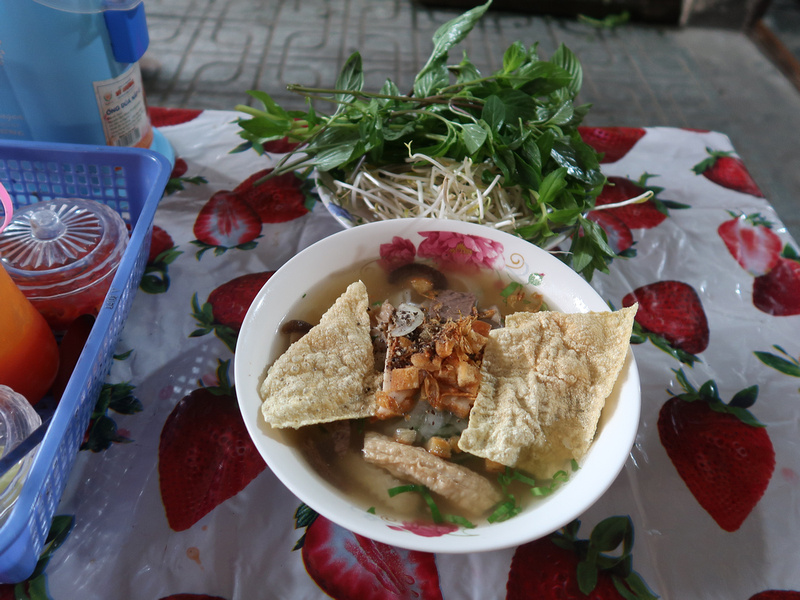 Also prominent in the Delta are curries (ca ri). 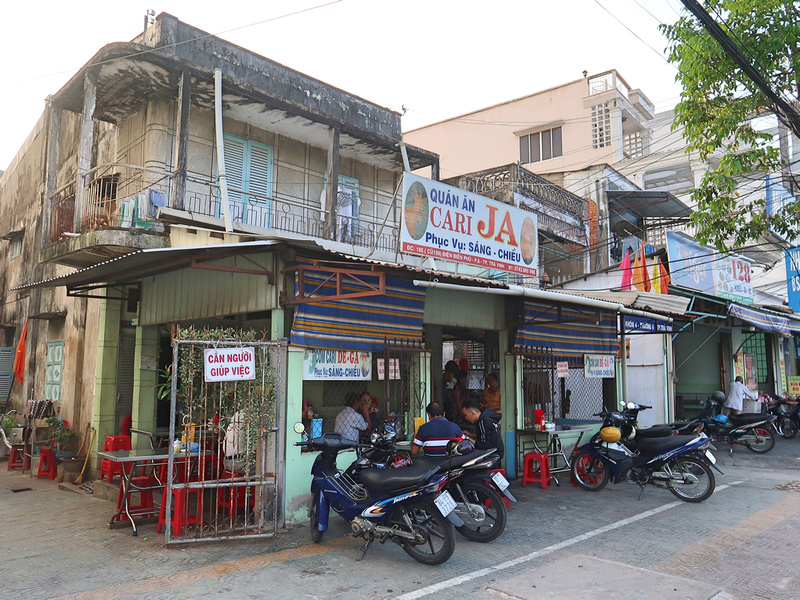 Tra Vinh is on the Long Binh River, which is a canal that connects to the Co Chien Rover (one of the Mekong branches). If they turned this walk into a nice promenade it would be a good addition to the city. 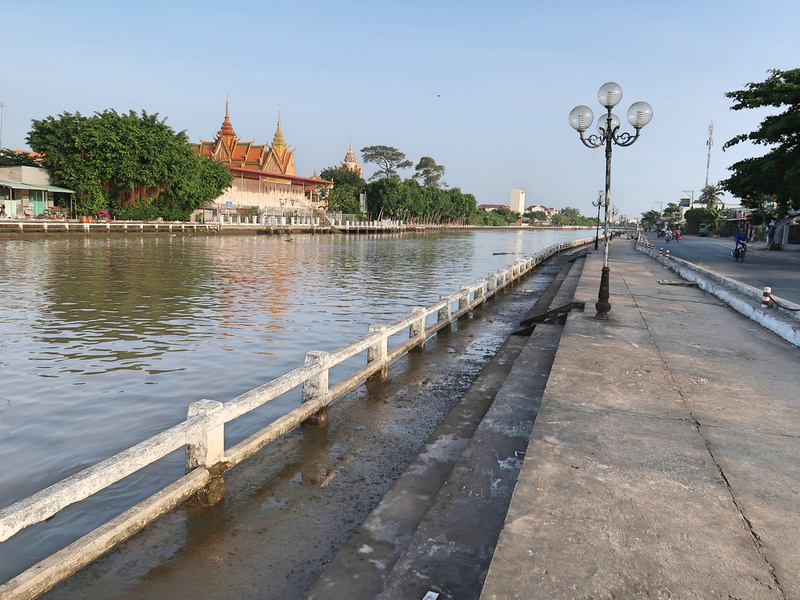 The cities in the Delta region have a different vibe to the cities between Hanoi and Ho Chi Minh City. The coastal cities are connected and feel like they are on the way to somewhere else. Here it takes a conscious effort to get to.

If you are coming by bus from Saigon it takes about 3.5 hours (I stayed in Ben Tre on the way). It wasn’t that long ago that the journey was more arduous when there were no bridges in the Delta region. 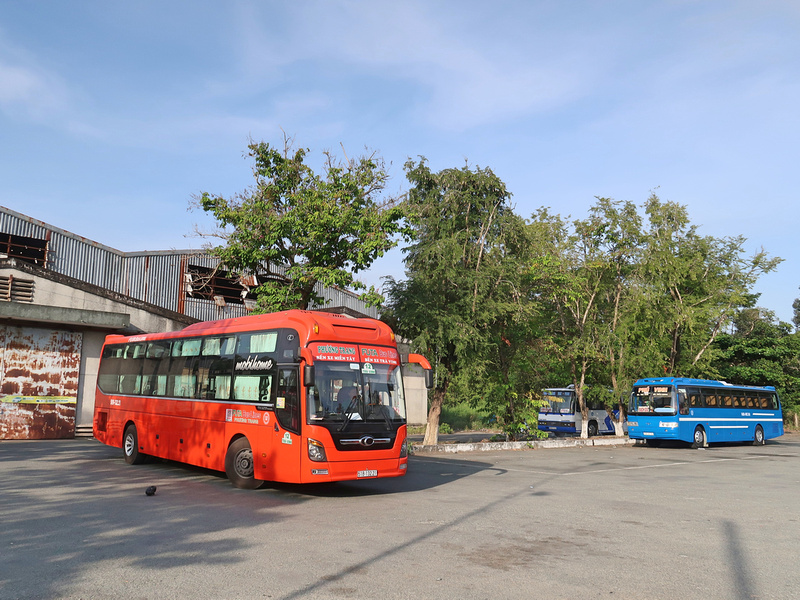 By the time the Mekong River gets to Vietnam it breaks up into several branches (known as the 9 Dragons) as it makes its way to the sea. From Saigon to Tra Vinh there are three major river crossings. In 2008 there were no bridges, so each river crossing was by ferry. The last bridge opened in 2015, connecting Ben Tre and Tra Vinh. 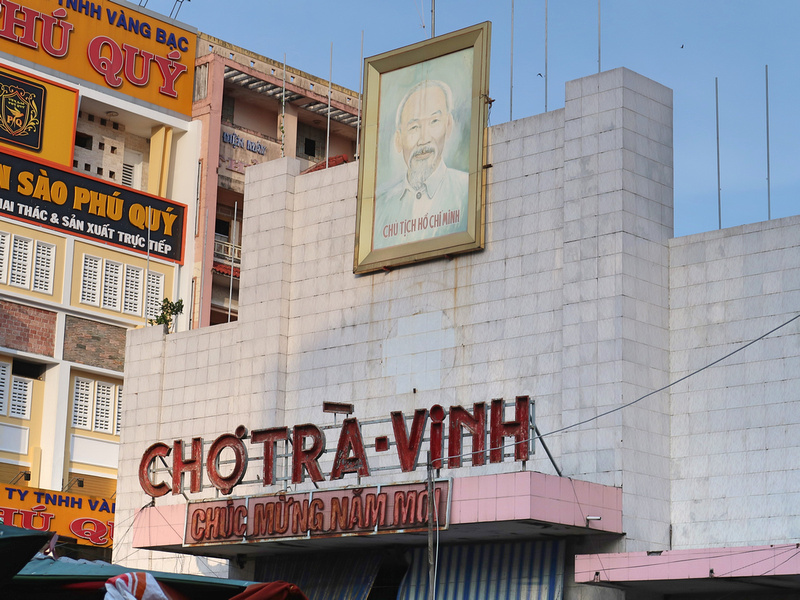 From Tra Vinh I went to Can Tho. I didn’t plan my trip very well and it turned out that buses between the two cities are infrequent. I did the decadent thing of getting a private car. You can get a Grab car between the two cities which was showing as 1,100,000 for the trip when I checked my app. I got one organised for me for 800,000 VND, and the car ride took 1 hour 55 minutes for the 80 km journey. This is a nice stretch of the Delta with lots of rice fields, but the average speed of 40 km per hour indicates how small and congested the roads are.

Can Tho is the closest city to Tra Vinh with an airport. Too far for my liking, but if you were looking for a sleepy city a bit out of the way then Tra Vinh could be for you.