I was last in Kampot in 2012 and I was pleased to see it was still the sleepy town I remembered it to be. Outside the old town area the city is being city-like with new construction projects here and there, but nothing compared to what’s going on in Phnom Penh and Sihanoukville.

After travelling around other places in Cambodia I realised what made Kampot more liveable than most other places. When you travel through small towns and provincial cities in Cambodia most of the activity is on the main road that cuts through the town. It’s not unusual to see the main market on the side of the main road, collecting dust from all the through traffic. All the points of interest are strung along one long road, making it hard to walk around.

There is of course a through road in Kampot with traffic travelling between Phnom Penh and Sihanoukville. However the old town of Kampot is laid out in a grid as many 19th century French colonial villes were, and the main highway doesn’t disturb the old town. Kampot is similar to Battambang in its urban layout, which also features a gridded old town next to a river. 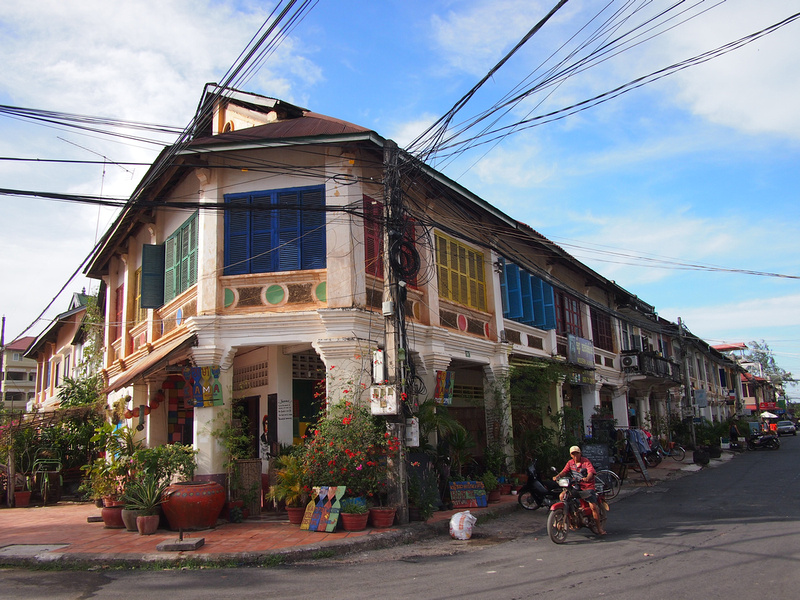 There is an old market which has since been converted into shops, and a pleasant town square in between the main road. 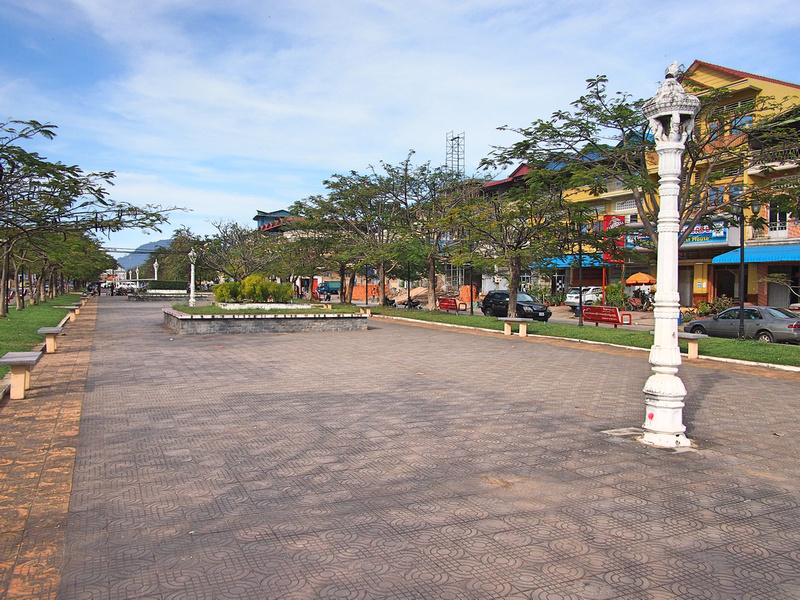 And the old fishmarket on the river has long since given up being a fish market, and is now a restaurant with a view. 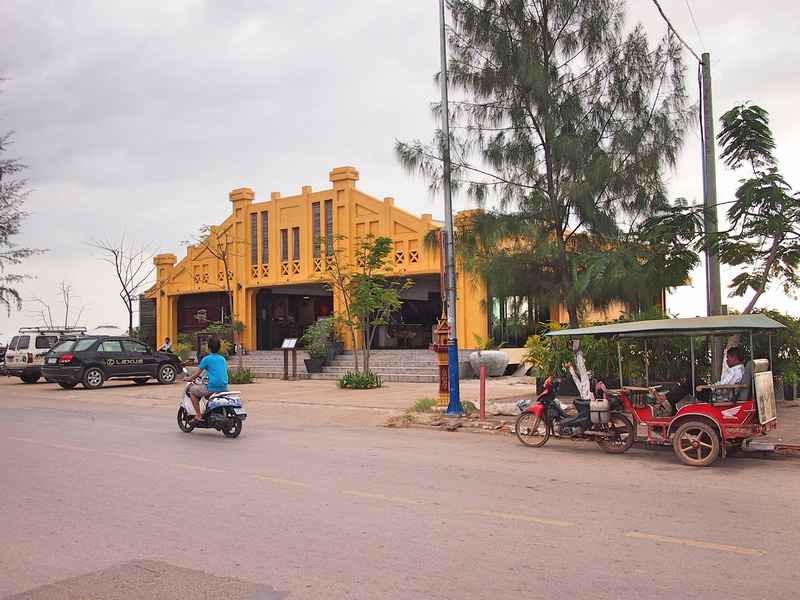 There’s not much to do in Kampot, which is part of its charm. It’s a good base to explore nearby mountains and coastal areas. 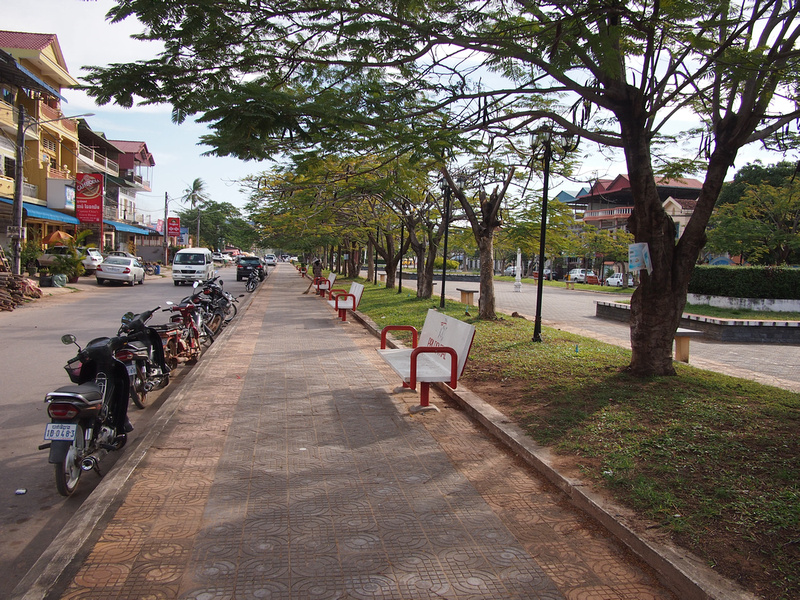 I like Kampot for the cafes, of which there is an abundance in relation to the size of the city.

I went to Cafe Espresso on my last visit which has since moved outside the old town area, so you wouldn’t find it by walking around. It’s in a small warehouse and when you walk in you can tell it is an Australian-style cafe. 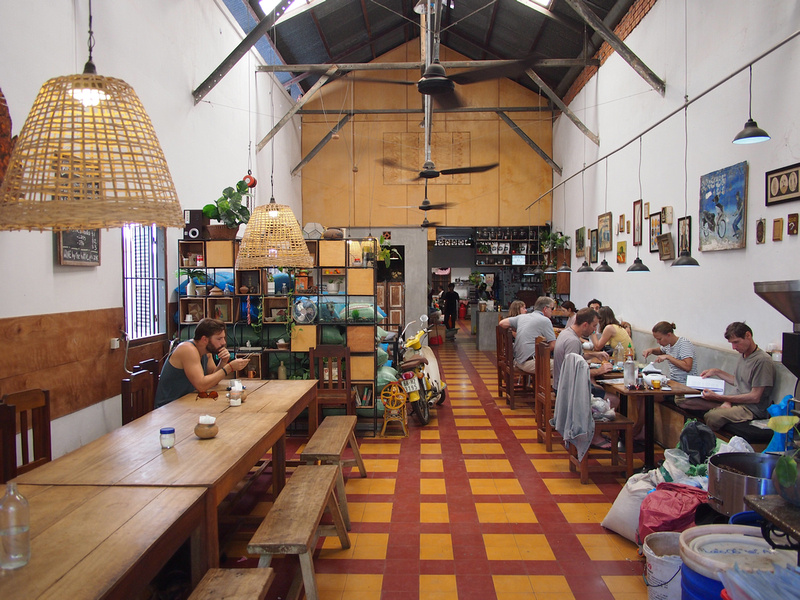 I think the coffee here ranks in the top 5 for cafe lattes in Southeast Asia. 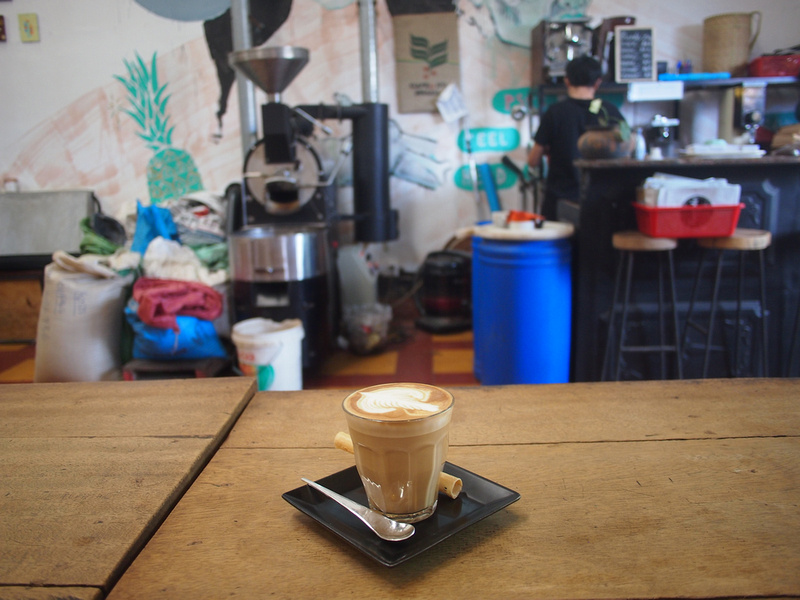 The heritage buildings of Kampot are in various states of repair. I have a photo of this boarded-up cinema from last time I was here. Someone needs to save it before it crumbles into the ground. 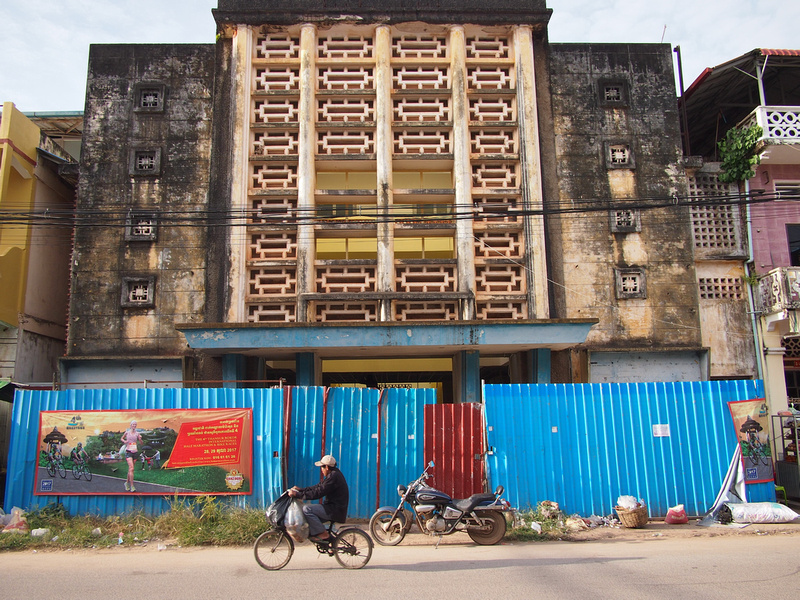 Meanwhile there are a number of old buildings that have been restored and turned into hotels and restaurants. 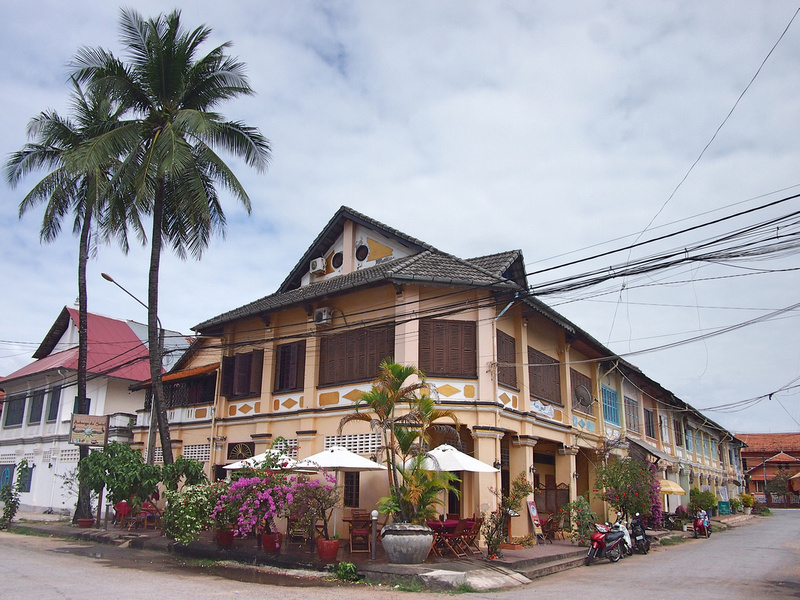 The fact that Kampot is on an estuary river and not a sandy beach has probably spared the town from over tourism. I love lazy river towns, but most people want a white sandy beach. 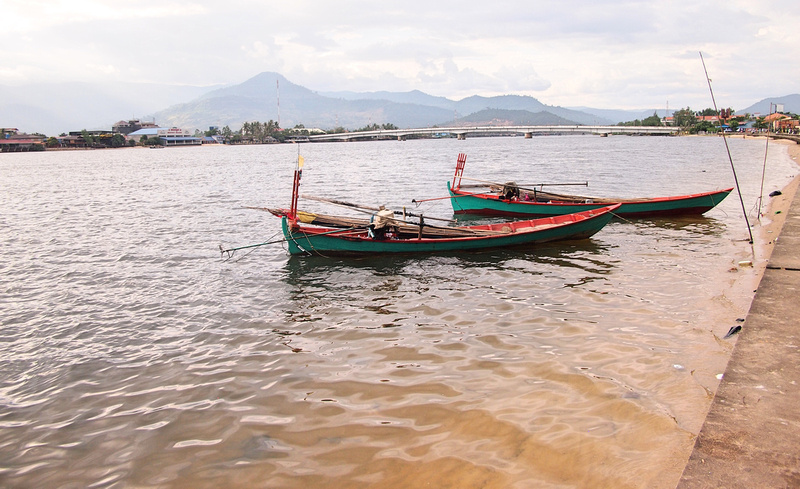 For this trip I spent about a week here catching up on work, so I didn’t go on any side trips. If you are looking for a place to relax and get some work done, then Kampot is a good option. 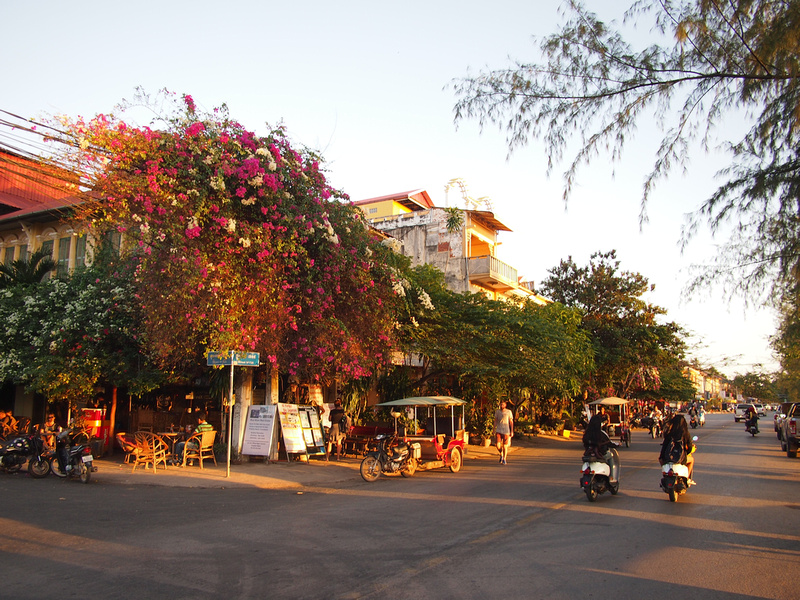 If you time your trip right you can get the train from Phnom Penh to Kampot (it only runs on the weekend), otherwise there are multiple bus and van options.