Bac Lieu is the capital of Bac Lieu Province in the Mekong Delta region of Vietnam. Judging by the lack of travel information online and the small choice of hotels on the booking sites, it’s fair to say that it doesn’t receive many visitors.

I was in Bac Lieu partly because it was on the way to my next transit destination. I flew to Ca Mau and then made my way to Soc Trang to get the ferry to Con Dao. Bac Lieu is about halfway between Ca Mau and Soc Trang, so it would have been rude to not make a visit. I was also there because I’m making a point of visiting provincial capitals while I am hiding out in Vietnam during the Great Pandemic.

Places in Bac Lieu mentioned in this article.

From the little information I gleaned from the internet, the highlight of the city appeared to be the theatre at Hung Vuong Square, so that is where I began my exploration. The Cao Van Lau Theater is three round buildings with conical hats for roofs. On paper that sounds like a cheesy idea, but to their credit, they made this work.

The theatre opened in 2014, and it is used as a theatre and convention space. In the theater grounds is an aircraft on display from the war. The city square features the Moon-Lute Statue, and it turns out that the city has a traditional music festival. Despite my initial thoughts of it being a city with few tourists, Bac Lieu has been proactive in promoting domestic tourism. This is something I’ve been thinking about while I have been visiting the provinces of Vietnam. I’ve been looking for a breakdown of tourism numbers by province, so if anyone knows let me know. Hung Vuong Square is a big open space that is too hot to hang out in the daytime heat. At night though it comes alive with strollers, kids playing, and all kinds of vendors. Near the square is a monument to the Tet Offensive of January 1968, carved in the socialist-modernist style. Beyond Hung Vuong Square, the main area of interest is around the central market on the riverfront. 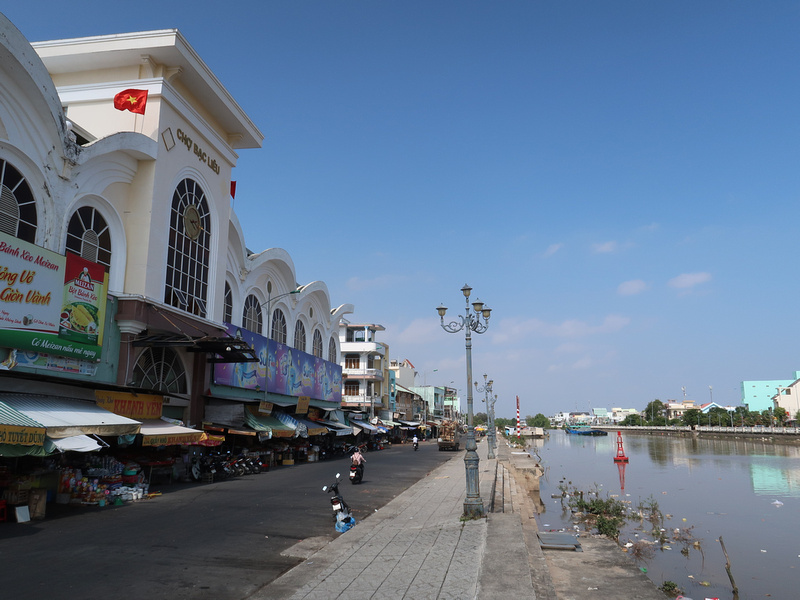 While the main market building isn’t as remarkable as Sa Dec or Long Xuyen, it’s the surrounding streets with the market activity that makes this area interesting. There are many old shophouses around the market that suggest a more glorious past. On the other side of the river there are some interesting temples, such as the Cao Dai temple. 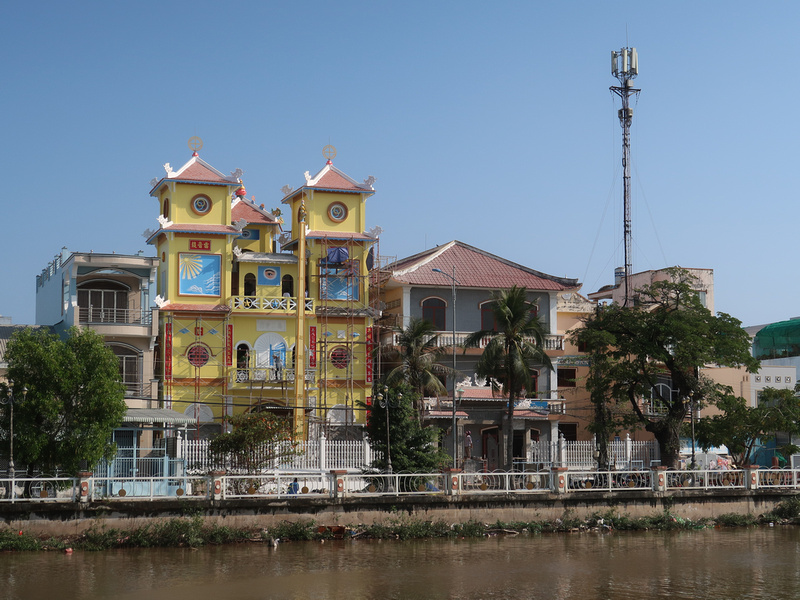 Walking along the river I was struck by how many more nice old buildings there were, and that with a bit of love they could become a tourism attraction. The old Bac Lieu Hotel should be a famous place to stay in the Mekong Delta. 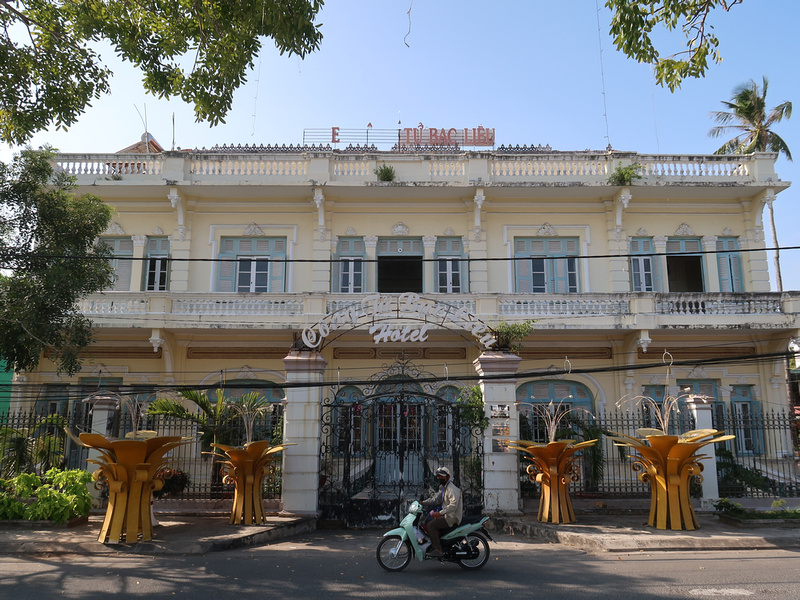 My idea of renovating these old buildings was not an original thought, as there was a plan to restore 21 French colonial homes on the banks of the Bac Lieu River. This report was from 2012, so it doesn’t appear that much progress has been made since then. One of the old houses is the Bac Lieu Mandarin’s Son Museum, also known as Bac Lieu Dandy’s house. The Vietnam Tourism website describes him as the most famous dandy in the Southern province of Bac Lieu in early 20th century. There is something to be said for being a big fish in a small pond rather than another fish in a big pond. He would have just been an unknown dandy forgotten by time if he moved to Saigon. 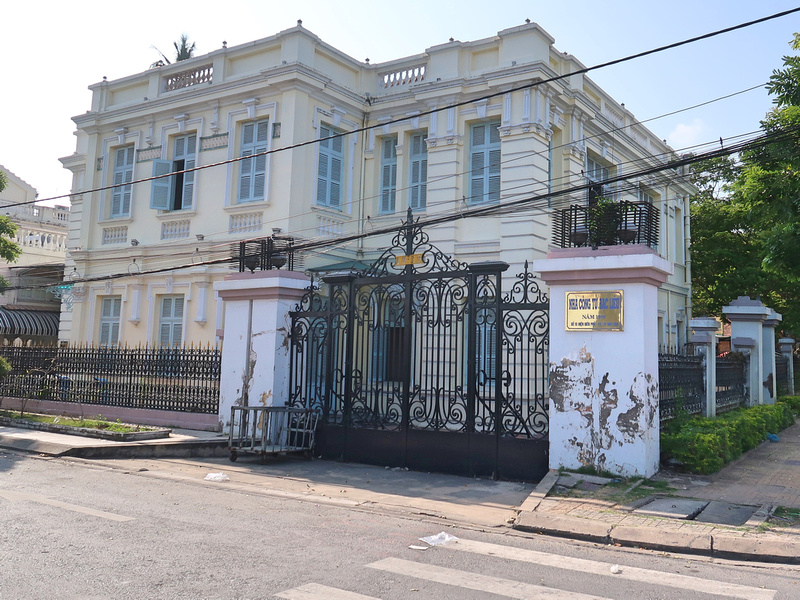 Many of the buildings on the Dien Bien Phu riverfront are shophouses that are covered up by advertising or unsympathetic extensions. Once again I find myself wandering through a city in the Delta wondering what might have been if only they had kept a few streets of heritage architecture intact. If the riverwalk was tidied up it would make this a great area to stay. The Bac Lieu River connects to a canal that goes all the way to Ca Mau. This canal follows alongside the road between Ca Mau and Bac Lieu, which I noticed on the bus trip. This would be another good candidate for cargo boat tourism in the Delta. 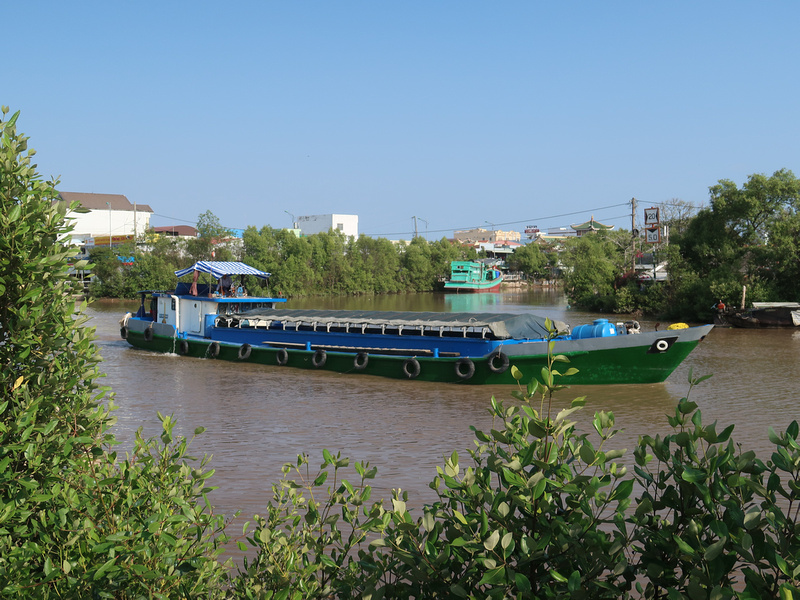 The Bac Lieu Museum is also in a fine old building. If you walk around Bac Lieu between the river and Hung Vuong Square you can see glimpses of the past, but most of the old buildings have gone. 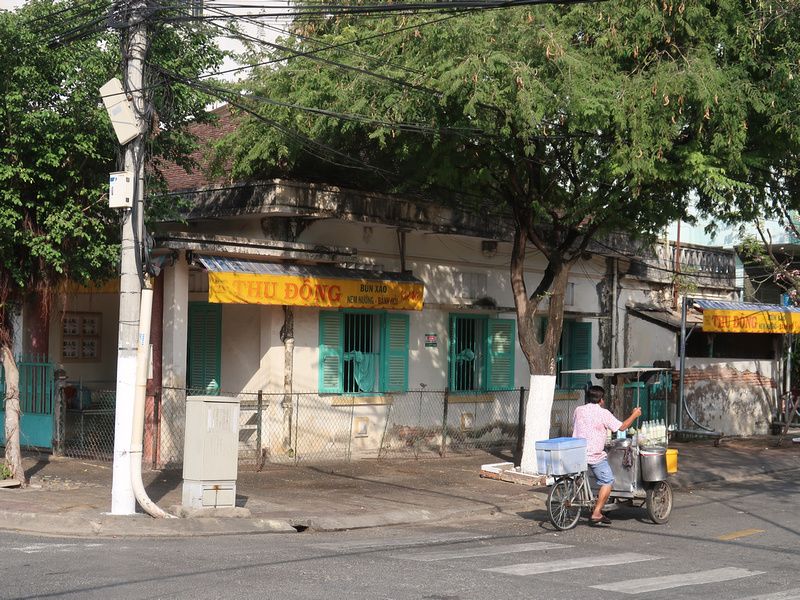 As I’ve noted in my previous provincial wanders, chain cafes are still few and far between outside the main cities of Vietnam. Not even the local chains have established themselves here yet.

I enjoyed an iced coffee at Apollo Coffee. 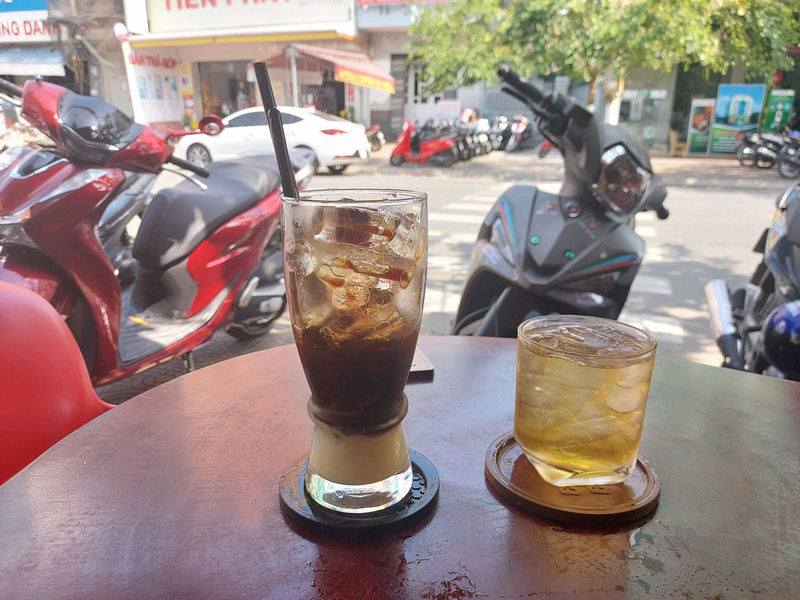 I didn’t go anywhere that was recommendation-worthy, but I enjoyed this food court near the market on Hai Ba Trung. The road splits in two to form an island in the middle, and there are all kinds of Vietnamese food options here. 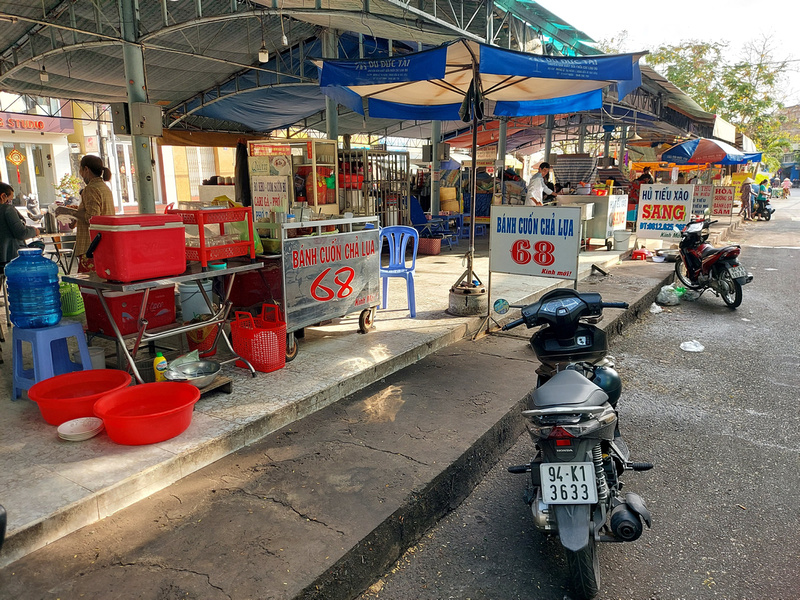 I had a good Banh Cuon here. 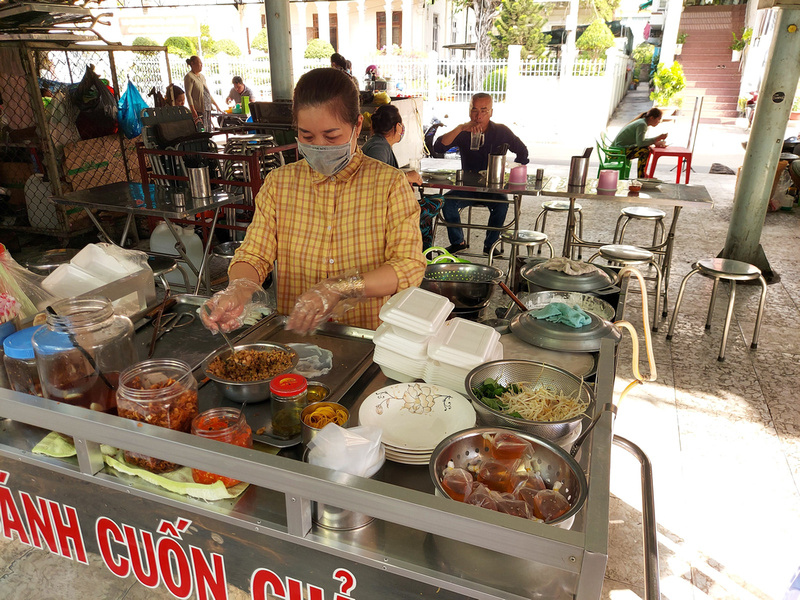 I stumbled into this duck curry place mainly on the strength of the smiling vendors, who found it amusing to see a random Australian wandering around. 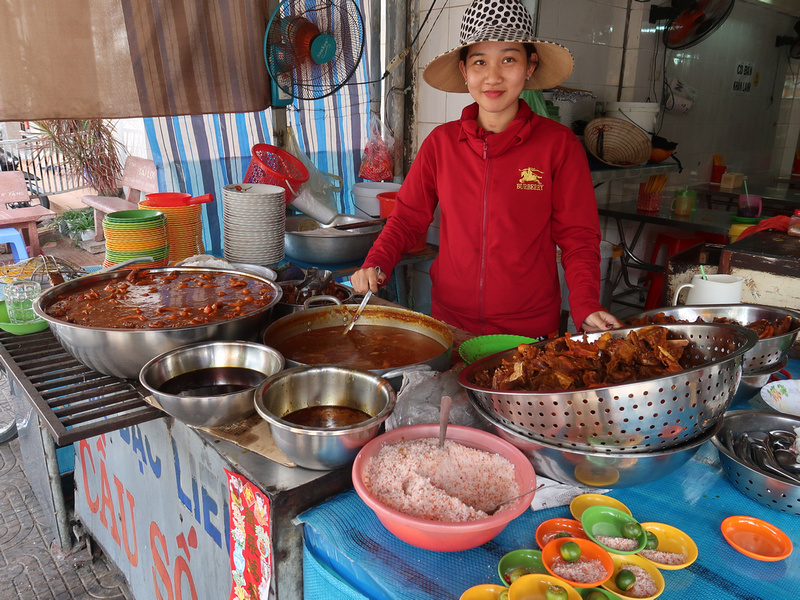 I got a local bus from Ca Mau, and got a minivan for the bus station to Soc Trang.

There are direct bus services to Can Tho and Ho Chi Minh City.