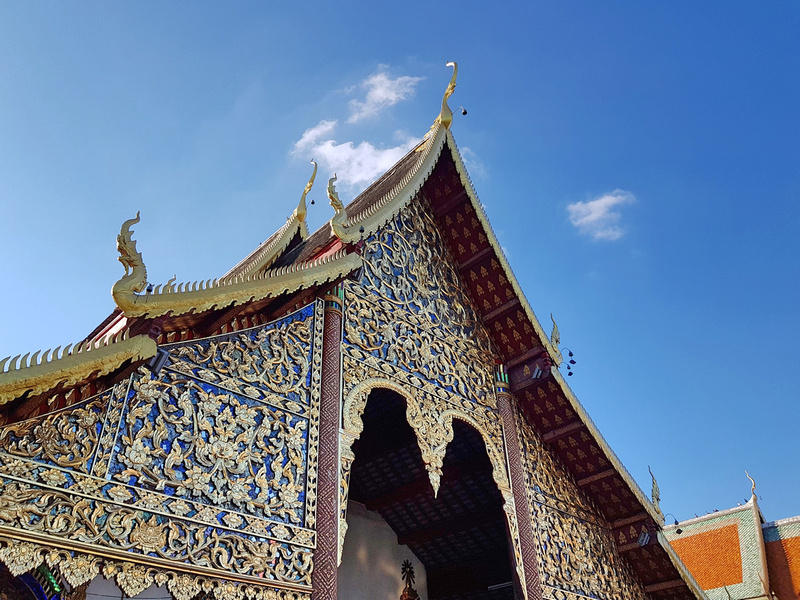 Every time I return to Chiang Mai (which has been often) I marvel at how hard this inland provincial city punches above its weight. After thinking about this I looked at a map of Asia, and I can’t think of a non-capital city (and not a port/coastal city) that has as much to offer as Chiang Mai. Sure there are bigger inland cities in China, but not with the international appeal as Chiang Mai. In the future I think Da Nang will be the city to watch, but it has some way to go to catch up with the same amenities as Chiang Mai. 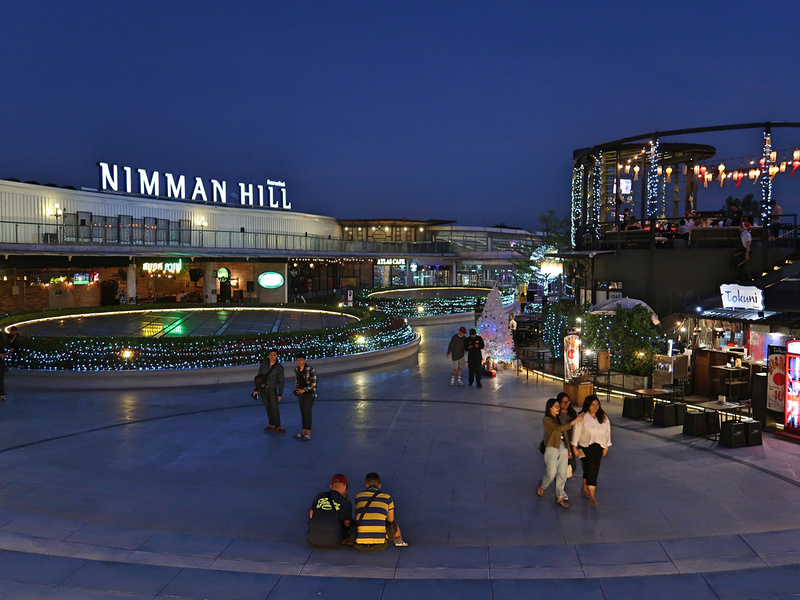 Chiang Mai is one of my default cities to live and work in Southeast Asia. I first visited in 2008 on a one-month backpacking trip around Thailand. I took to it immediately and felt like I could have spent half my trip there. I continued my trip to the islands in the south, but I came back two years later to stay for longer. It was mainly travel bloggers then, and apparently before then there was an online poker player scene. Since then it has grown to become the digital nomad hub that it is today. There are now all sorts of meet ups and nomad conferences held here throughout the year.

For my latest visit I was in Macau with a few weeks to spare before restarting my Vietnam visa. I have friends in Chiang Mai that I was able to spend Christmas with, and I found a cheap flight from Macau, so that sealed the deal.

Returning this time I was reminded why Chiang Mai is such a great place to live. For a start, in what they call winter (best said with finger quotes) the weather is about as good as it gets. In between the end of the rainy season in November and the burning season in March, it’s mostly clear blue skies with the temperature in the 30’s (celsius). The mornings are cool, almost to the point where I may consider wearing jeans when going out for breakfast, then changing back into shorts when I get back to my room. 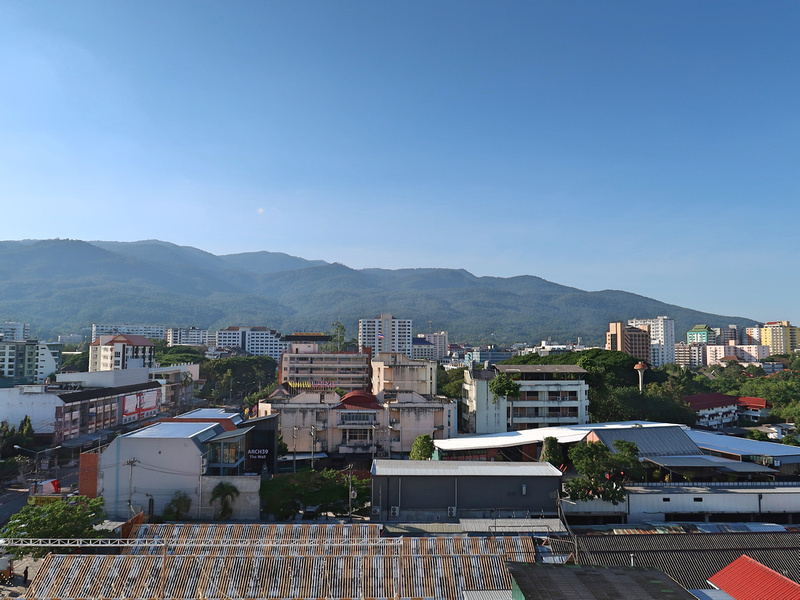 The cost of living is also still amazingly cheap, even by Thai standards. You can find food from all over the world here, if you can get past the array of delicious Thai food. 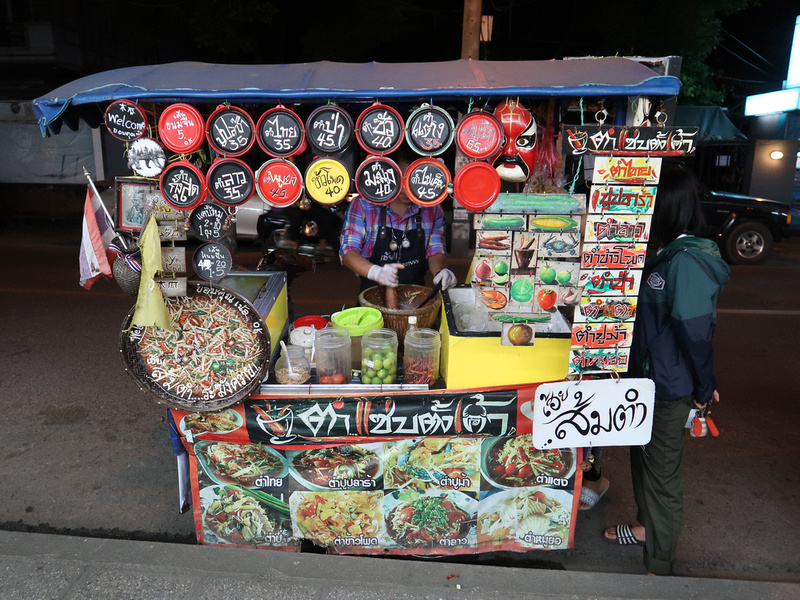 The food is a great reason to be here, and because I know the city well I get stuff done without having to think of where to go. For example, if I want a vegetable hit I go to my go-to vegetarian lunch spot where I can get a plate of veggies and rice for 30 THB ($0.95c USD). 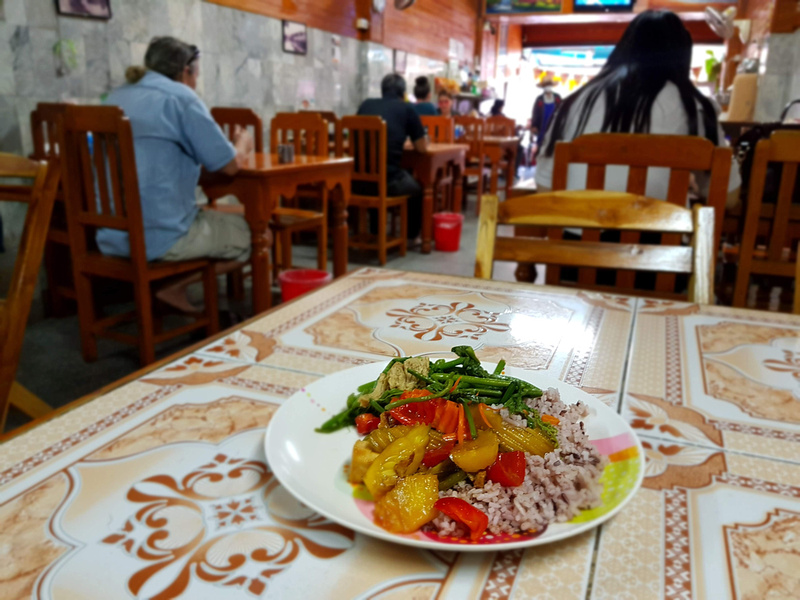 Even food at the mall is great. The basement food court at the Maya Mall makes me sad for the mall food courts of Australia. 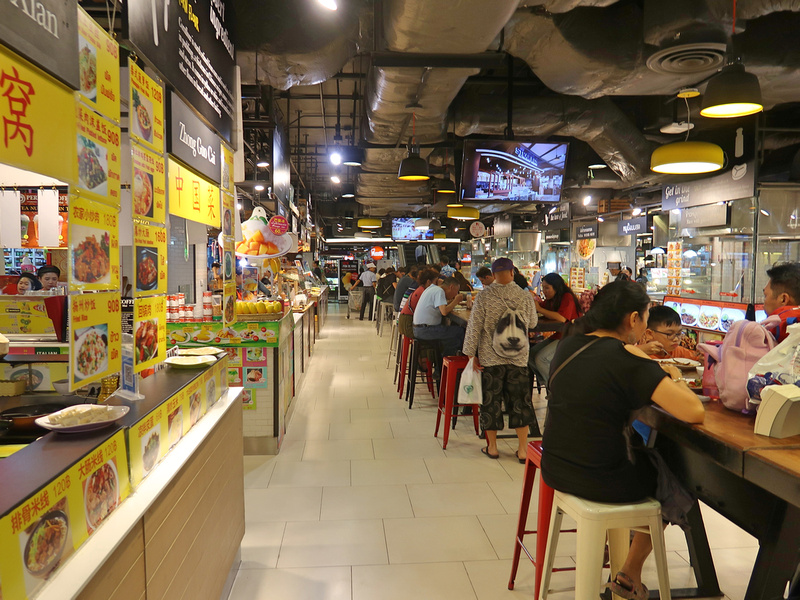 I met up with my friend Dan, who runs a freelance jobs site among other things. He came to visit me in Saigon the month before, so I was happy to do a return visit and go on coffee and food wanders. 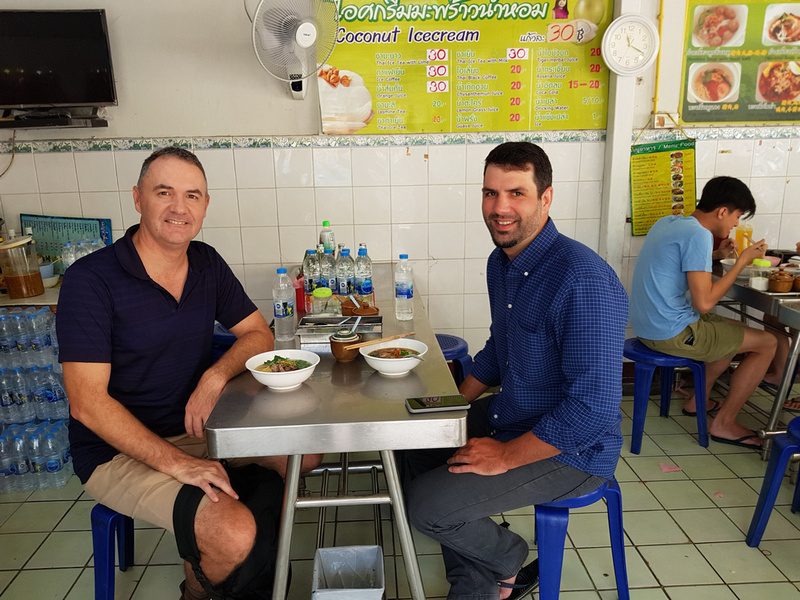 Dan is a semi-pro cyclist, and I was surprised to learn from him that Chiang Mai has become a world-renowned cycling destination. As I was to find out during this trip, there are many sub-sets of international groups here, and who you find depends on where you look. Once he told me about this community I kept seeing lycra-clad cyclists everywhere.

As a digital nomad my news tends to be filtered through the digital nomad bubble. In the last few years the city was getting a bad rap with nomads behaving badly. There was this absolutely bonkers story of these American twins who blew into town with a dodgy lifestyle course, picked fights with some notable nomads, before being chased out of town again.

If you’re not on the nomad grapevine then this was probably new news to you. For the first half of my trip I stayed in the old city in a street popular with western backpackers. In this part of town you would be completely unaware that there is a community of remote workers living here. And I’m pretty sure this monk I saw in the old city wasn’t thinking about drop-shipping while going about his business. 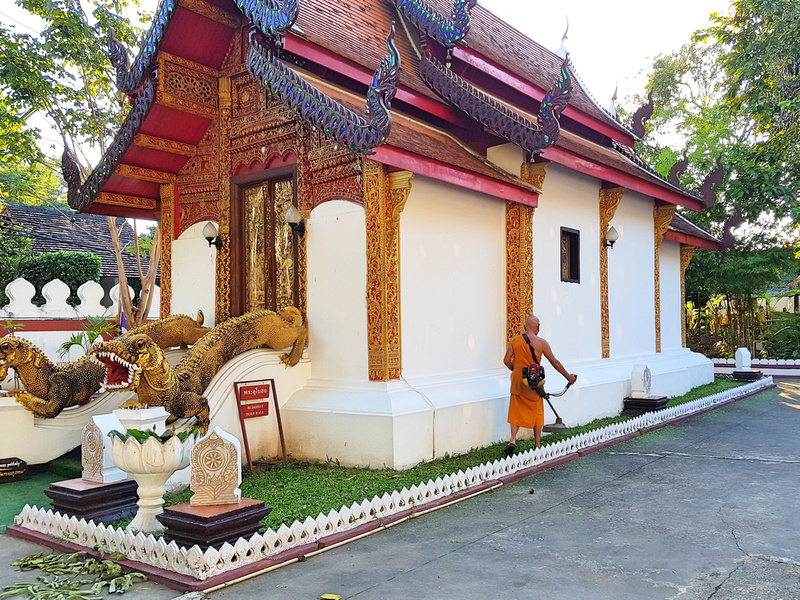 I ended up meeting up with a friend from my early Chiang Mai days who now runs tours, a fashion designer who makes my favourite shirt, and a friend who had a “real job” in New York and is now in Thailand on the retirement visa. Another retired friend I usually meet was away, who is mostly off the grid.

The rise of Chinese tourism

Beyond the rise of the digital nomad community there was also been the influx of Chinese tourism, which is a story that is playing out across Southeast Asia. Chinese tourism in Chiang Mai was turbo-charged by being featured in the biggest comedy film of all time in China, placing the city on the pop-cultural pilgrimage map.

In the years that I’ve been visiting Chiang Mai the amount of Chinese signage at stores has become more noticeable. Alipay and Wechat as payment is accepted everywhere, and Ctrip Gourmet appears have become the TripAdvisor of China. 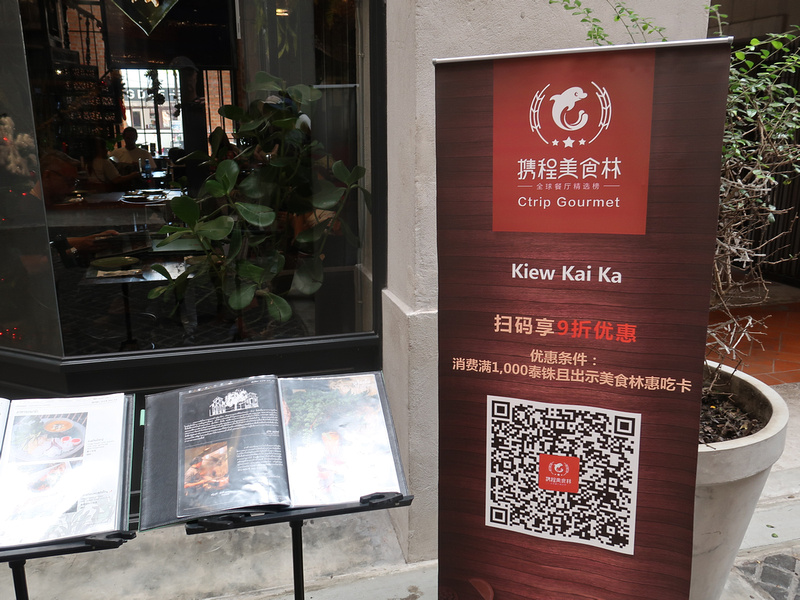 To give you an idea of the extent of Chinese tourism, have a look at the Wiki page for CNX airport. Here is the list of every city in China with a flight to Chiang Mai (as at 2018):

I’ve been to 11 of those places but I would struggle to place the other 10 on the map.

Speaking of the airport, one of the things I like about Chiang Mai is how easy it is to arrive. The airport is in the city (as in flights-buzzing-over-your-apartment in the city). When arriving internationally you can go from exiting the plane to your hotel room in 30 minutes. If you live in Chiang Mai and have your own motorbike, then parking is free. If you don’t have a checked bag you could feasibly make the door-to-door trip in 20 minutes.

I’ve started Thailand trips in Chiang Mai rather than Bangkok to avoid being caught up in Bangkok immigration delays. With so many Chinese tourists there is a separate queue for Chinese passport holders, which helps getting through international immigration quicker.

Most flights are from within Asia, though Qatar Airways are now flying directly to CNX. Coming from North America you could fly to Taipei with EVA, and then connect from there and save yourself a Bangkok transfer. 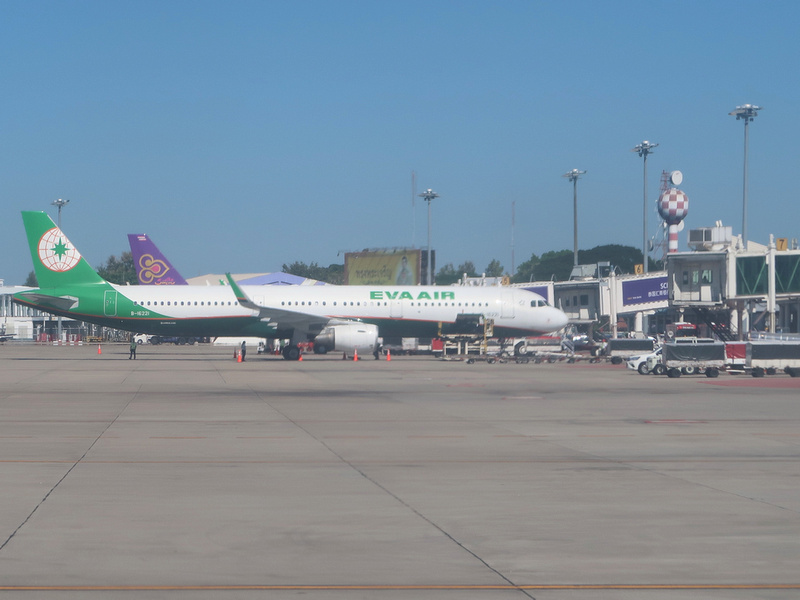 The noticeable absence on the list is flights from Japan, so I hope to see direct flights there soon. And if I was to pick dream routes it would be direct flights to Da Nang and Bali. I also have listed Bali as a dream route from Saigon, and Vietjet Air were looking into flights to Indonesia, so who knows.

While I was looking for flights to Bangkok I noticed in the search results flights being included for Lampang Airport. Lampang is 100KM from Chiang Mai, so it’s hardly a convenient alternative airport.

Lampang is not to be confused with Lamphun, which is the proposed location for the new Chiang Mai airport. Lamphun is about 27KM from Chiang Mai, which is still literally and proverbially miles away from Chiang Mai compared to the convenience of the current airport. It is not reported what will become of the current airport, which is also shared by the air force. They are calling it the second airport rather than the replacement airport, so I’ll be watching this development in the coming years.

With more apartments being built and a badly-planned (or never planned in the first place) road layout, traffic is getting worse. 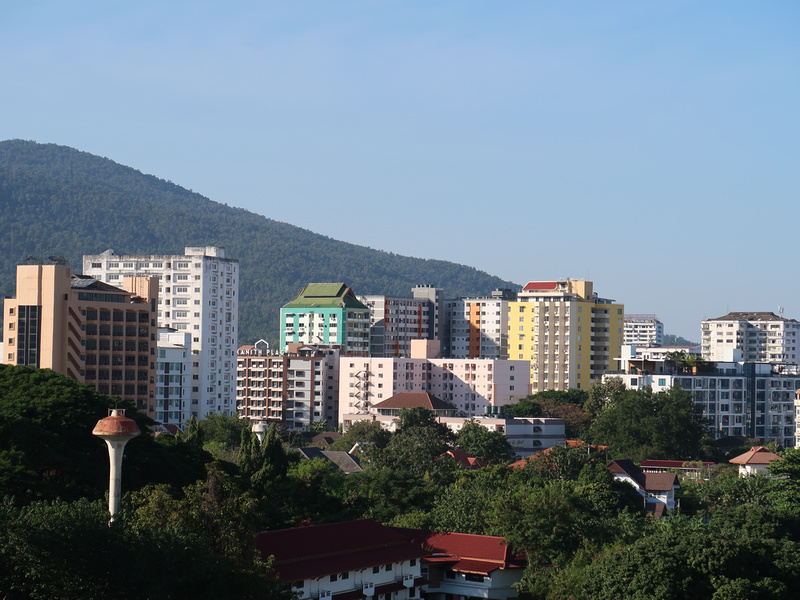 Huay Kaew Road (the road that connects the old city to the Nimman hipsterville area) is a traffic disaster in the peak hour. There have been some improvements, or at least efforts to improve public transport. There is now an actual bus network that runs on a specific route with a timetable.

In the long term a much-needed metro system is planned. A light rail system has been on the cards for years, and in 2018 construction of the light railway transit system was approved. If there is to be a new airport, then the city will need to get serious about the light rail-metro proposal. 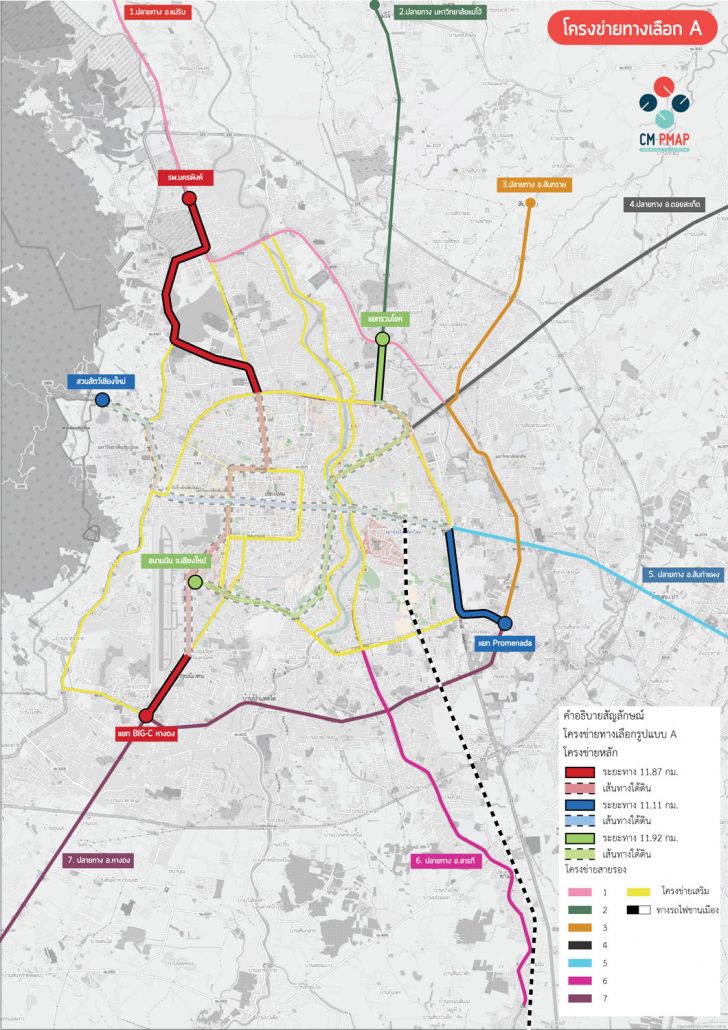 The bike share craze that has swept China is in Chiang Mai, and Mobike bicycles can be found everywhere. 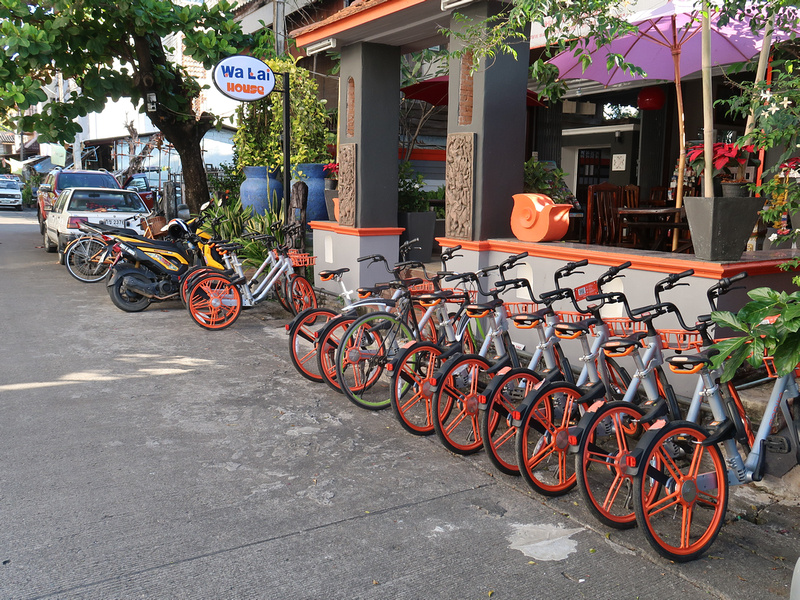 Grab (who acquired Uber in Southeast Asia) has made life easier where metered taxis barely exist. It’s hard to get a fair price from tuk-tuk/songthaews, and like in Bali the local transport mafia have signs up saying Uber/Grab are illegal. 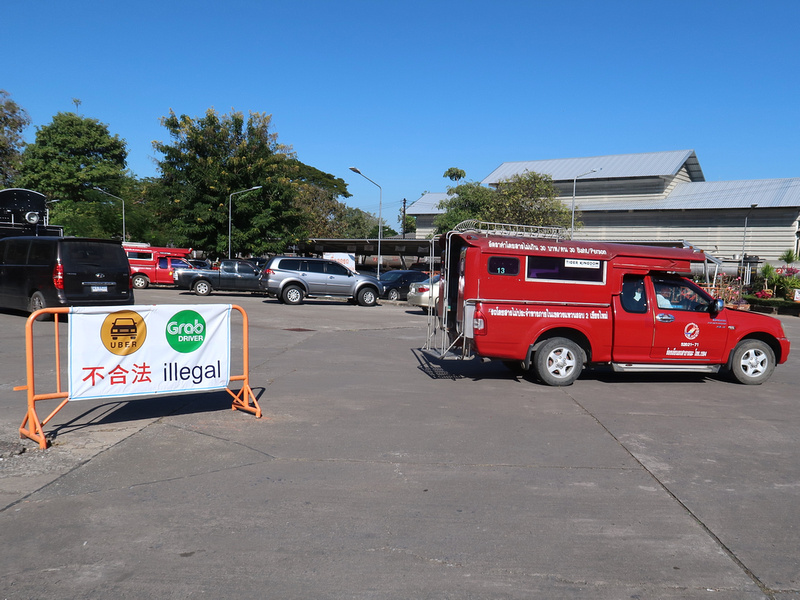 Another transport option that just arrived was this e-scooter sharing service from Singapore. If I had more time I would have tried it out for myself. 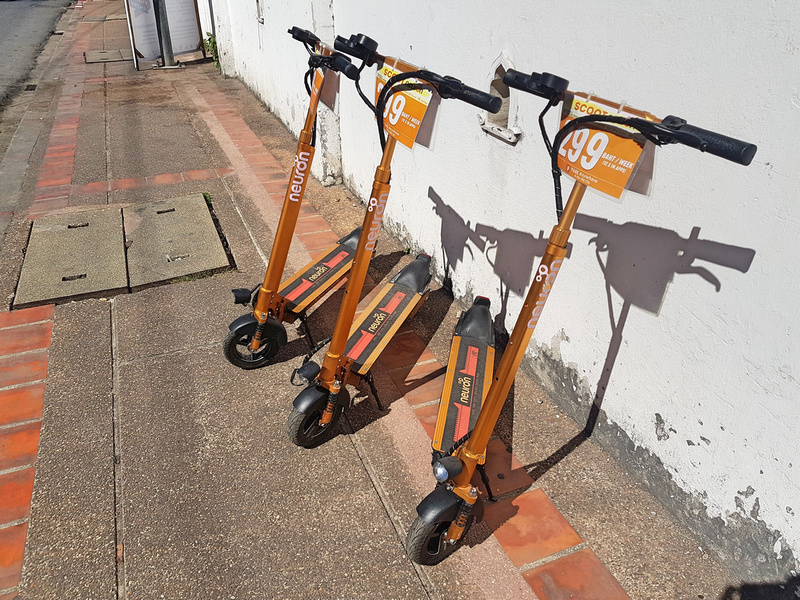 The e-scooter’s was one of the many new things that I didn’t get round to trying out. With the airport and metro proposals I will come back to do a Future Chiang Mai post at Future Southeast Asia. That will also give me an excuse to hang out with these doggos! 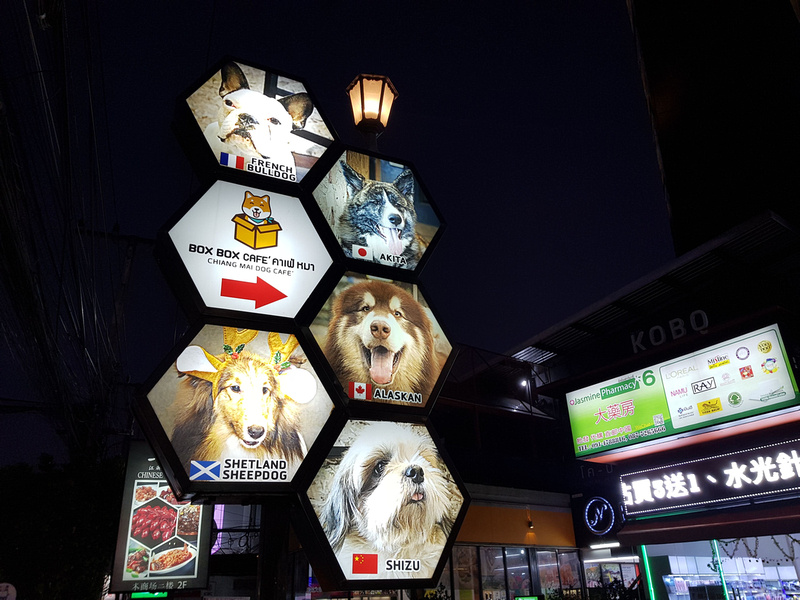 From Chiang Mai I got the overnight train to Bangkok.