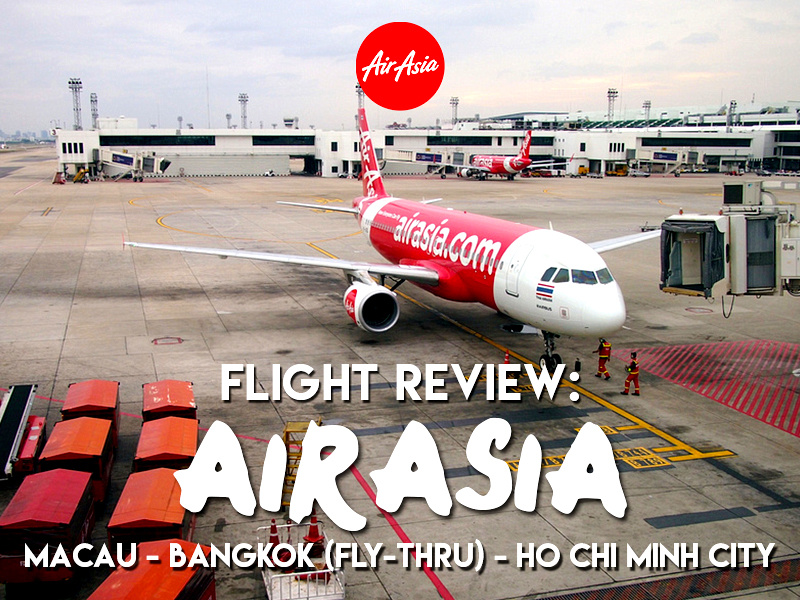 I flew with AirAsia from Macau to Ho Chi Minh City (via Bangkok). I flew as a guest of AirAsia to cover the Macau Tower Crazy Jump.

AirAsia is a low cost airline originally from Malaysia, and they have since expanded to operate airlines in other countries around Asia. This flight was with Thai AirAsia, which has a huge hub in Bangkok. My previous flight was also via Bangkok.

Most low cost airlines are associated with point-to-point travel, which mean that you can’t connect with another flight. AirAsia has grown such a large network that they have the Fly-Thru option. If you can connect at Kuala Lumpur (KUL) or Bangkok (DMK) to any destination that each airport serves.

When you check in for your flight the booking system will know you have a connecting flight, and your bag will be checked through to your final destination. You will be issued with both boarding passes, so there is no need to get one in transit. 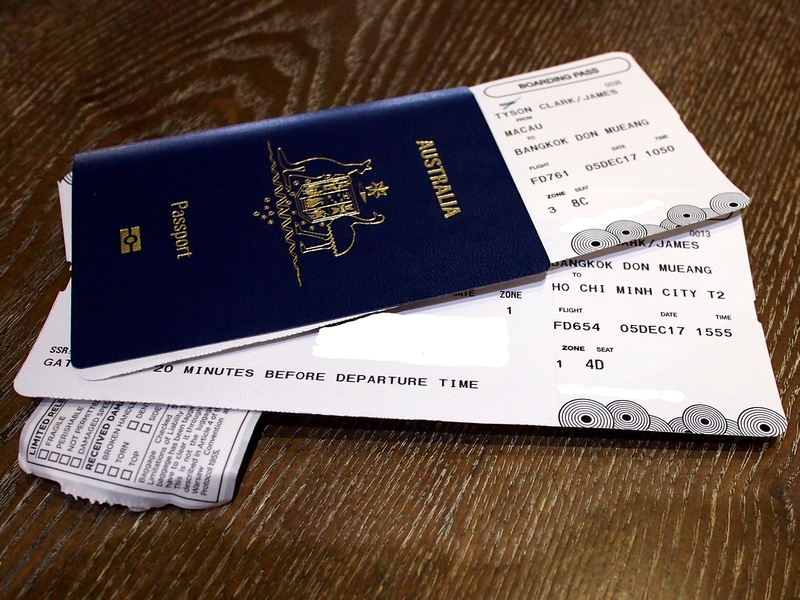 Macau Airport is next to the Cotai Strip, which is like the Las Vegas of China. You can see the casinos from the airport.

Todays flight was a tarmac boarding. 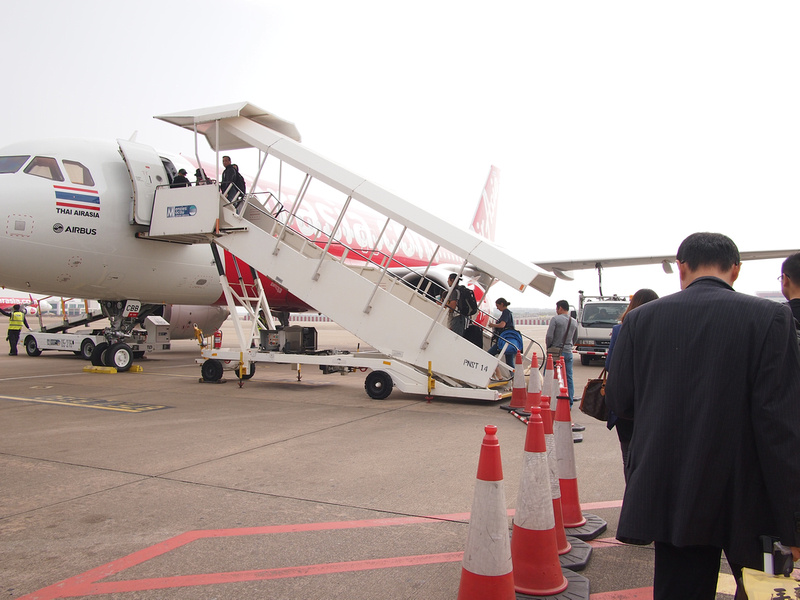 The inflight magazines of AirAsia and Thai AirAsia. 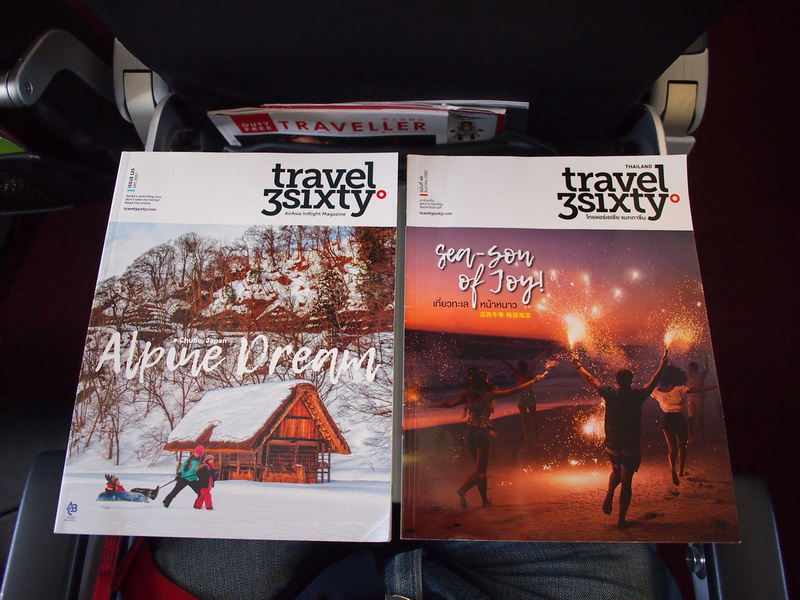 AirAsia is now well connected between Southeast Asia and China. 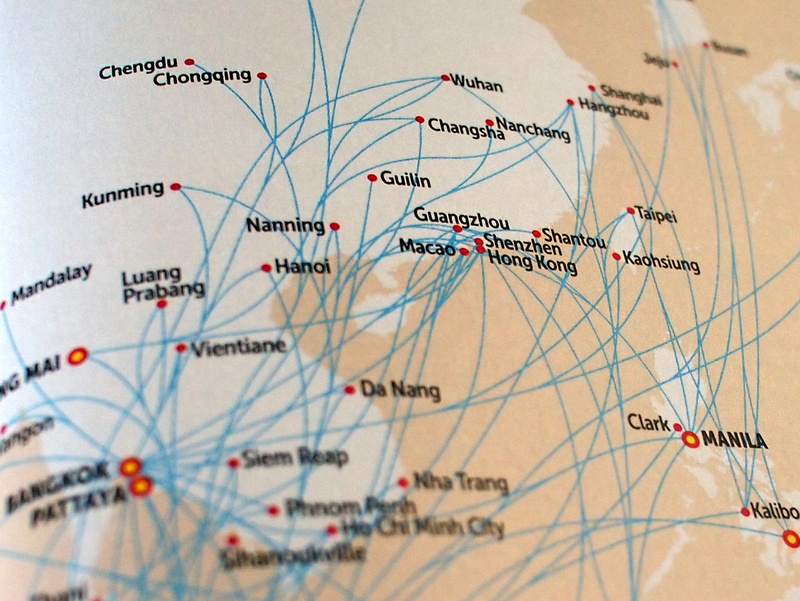 Hot meals and snacks are available to purchase onboard. 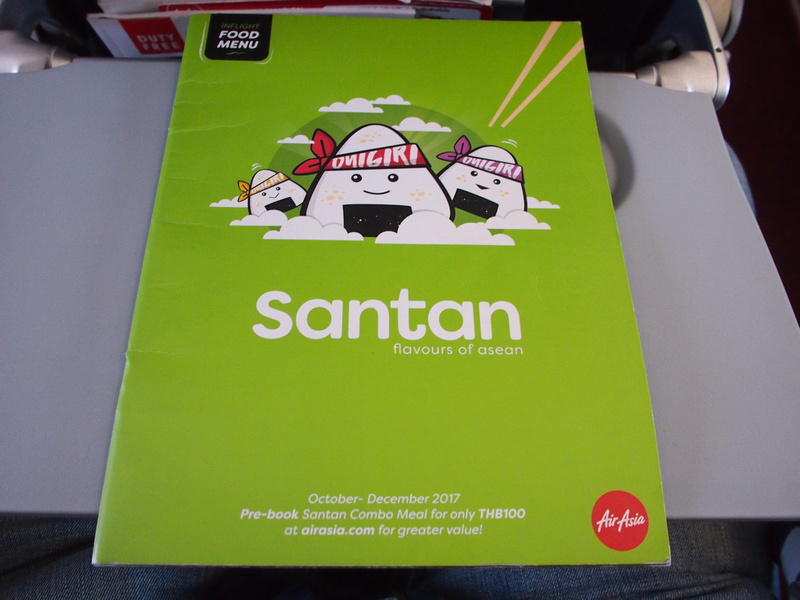 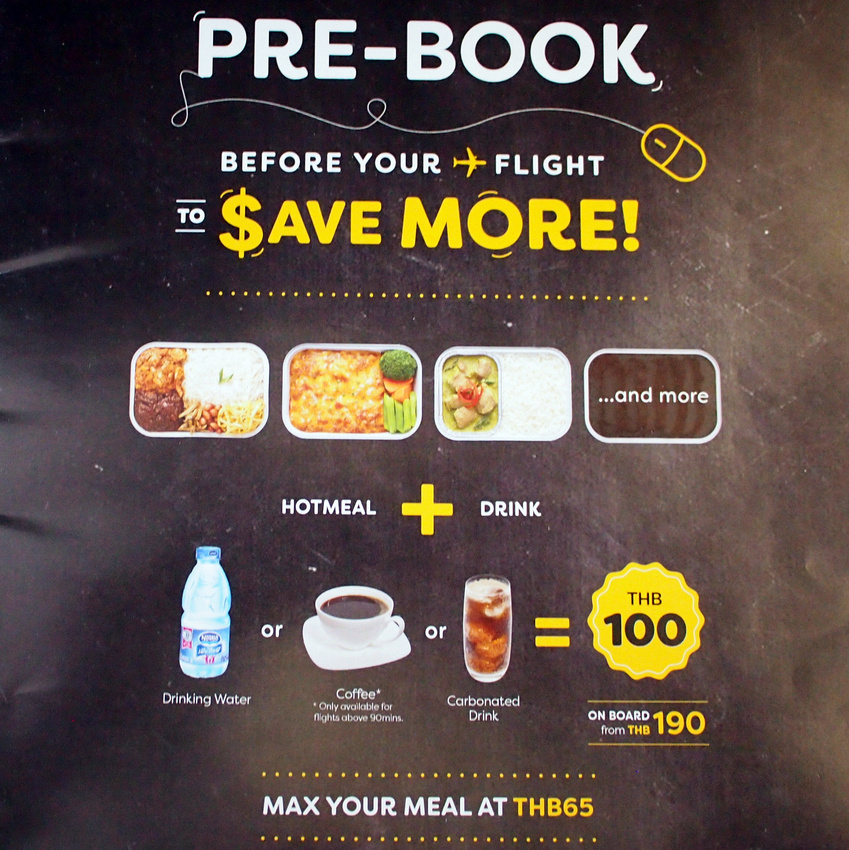 I pre ordered the Nasi Lemak, which for some may seem like an ambitious order for an airline meal (it has anchovies on it). I’ve had this meal on AirAsia before, and I remembered it to be decent for an airline meal. I main ordered it because I could. I could never imagine a US airline daring (and getting away with) serving nasi lemak. 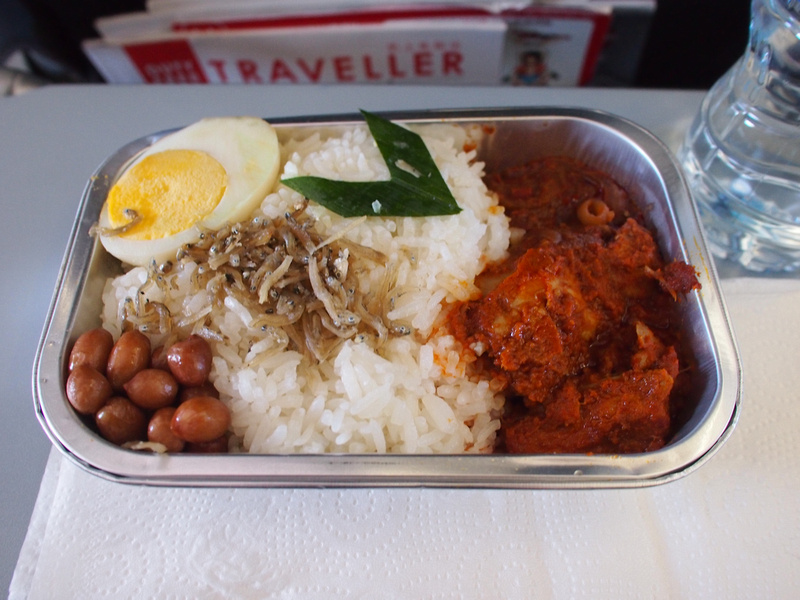 Upon arrival at Bangkok transferring is a simple process. There was a huge crowd at the airport, but lucky for me everyone was staying in Bangkok. To transfer just follow the “Transfer” sign and you will end up at a new checkpoint. You will get your boarding pass and passport checked, and then your bag scanned. You don’t go through immigration or collect your bag. 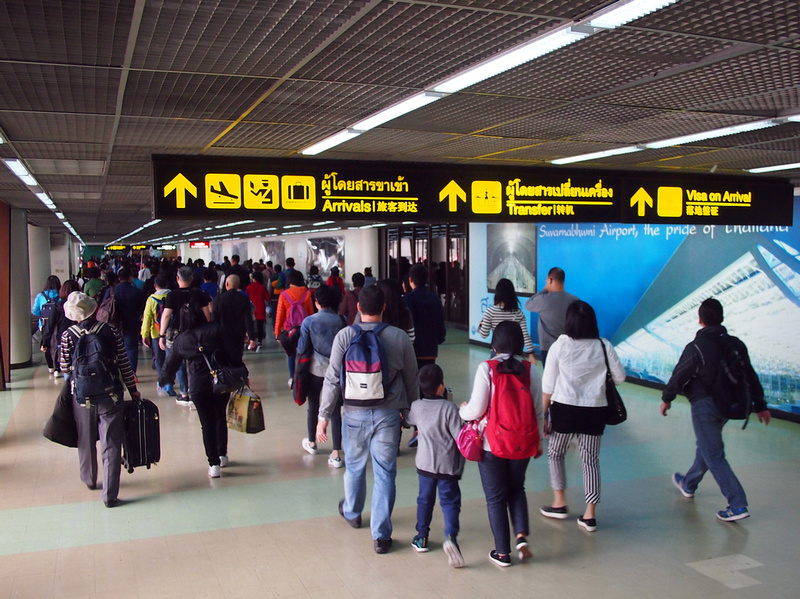 The second leg of my flight is one I am familiar with, and I did this flight from DMK to SGN in July. 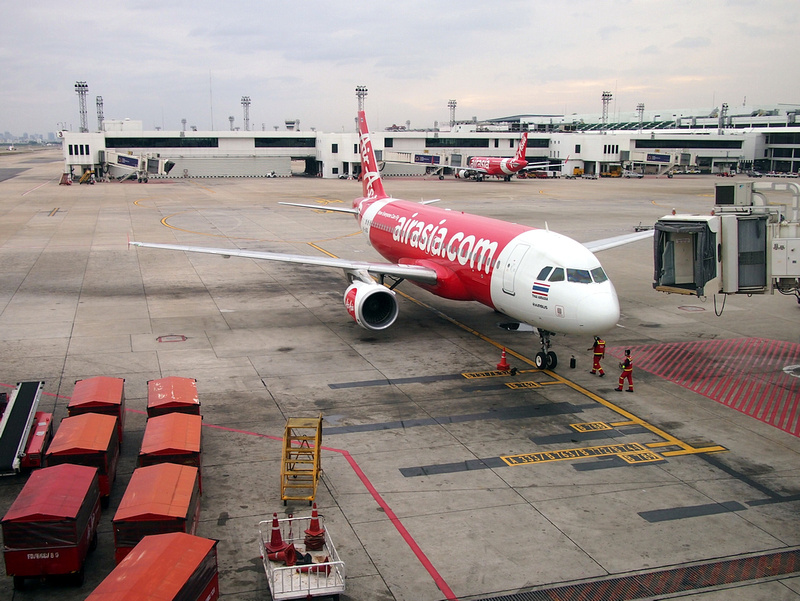 The scheduled flying time between Bangkok and Saigon is 1H, 35M. Not usually enough time to warrant a meal, but if you are transiting through Bangkok Don Muang pre-ordering a meal is going to be a cheaper option than eating at the airport. I had another meal pre-ordered, and this time I got the Thai green chicken curry. It was spicy but not insanely hot (though I might be a bad judge of what is hot or not). 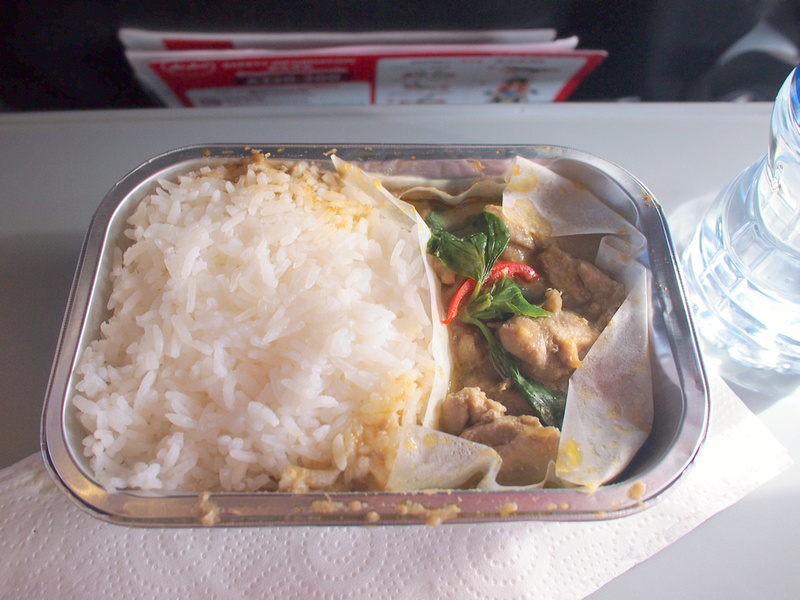 Over all this was another good flight with AirAsia, and transiting through Bangkok without clearing customs was a painless experience.