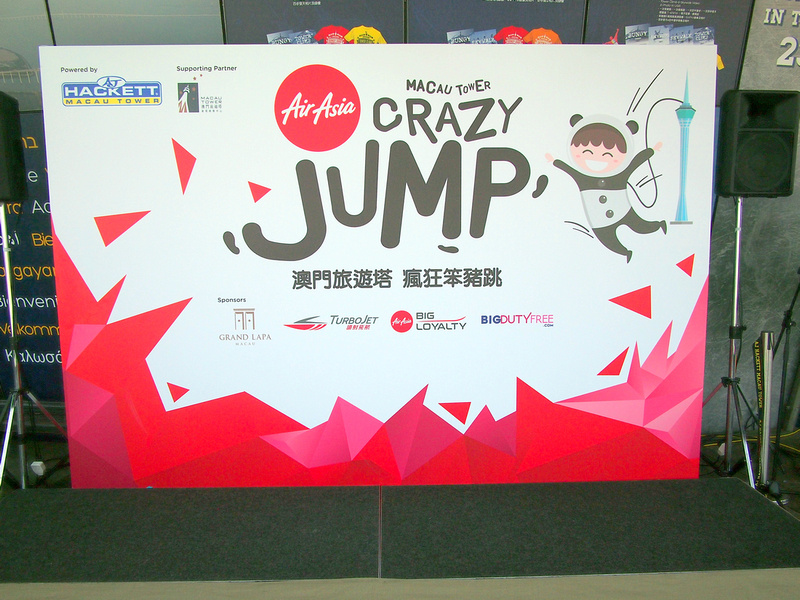 Sometimes the word crazy is overused, but in the case of the Macau Tower Crazy Jump the use of crazy is warranted.

The Macau Tower is 338 metres high and was completed in 2001. Bungee jumping from the tower began in 2006. The jump is 233 metres, making it the highest commercial skyjump in the world.

In addition to the bungee jumping which is open to the general public, there is also the annual Macau Tower Crazy Jump (an AJ Hackett event), where participants dress up in themed costumes and take the plunge.

On December 4th, 2017 was the 7th annual event. This year it was sponsored by AirAsia, who invited myself and other regional media representatives to attend. 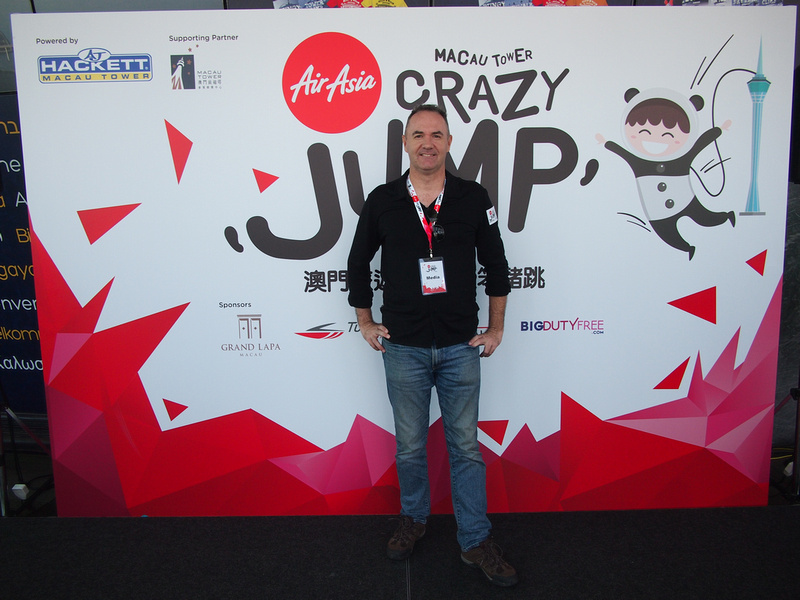 The jump contestants were selected selected by an online competition, so bookmark the site if you want to try your luck next year.

The day began with AirAsia staff performing a dance routine on the SkyWalk, and I must say they were pretty good. Not your average day at the office to be dancing on top of the Macau Tower. 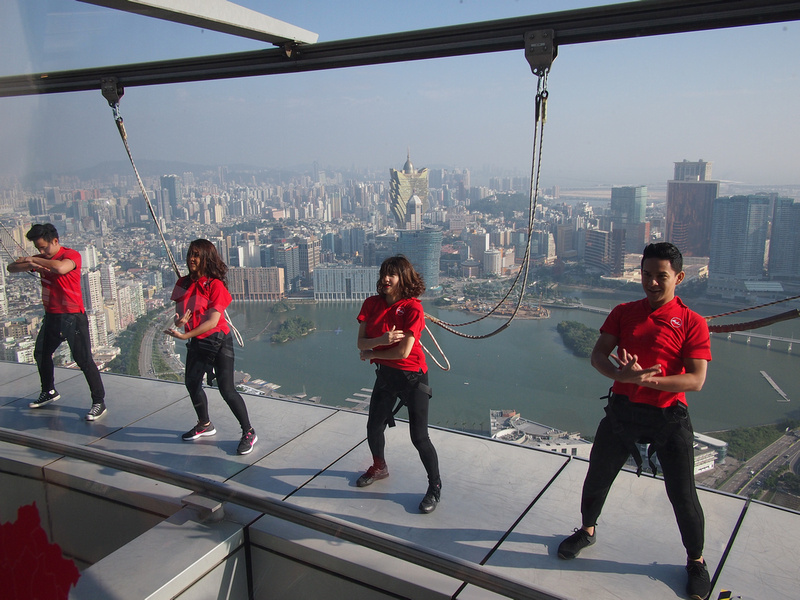 The event was attended by AJ Hackett himself – The Godfather of the bungy jumping world. I met him during the event and he is a cool guy living a good life. He travels around the world and jumps from all the towers that his namesake company operates (he was the first jumper from the tower in 2006). 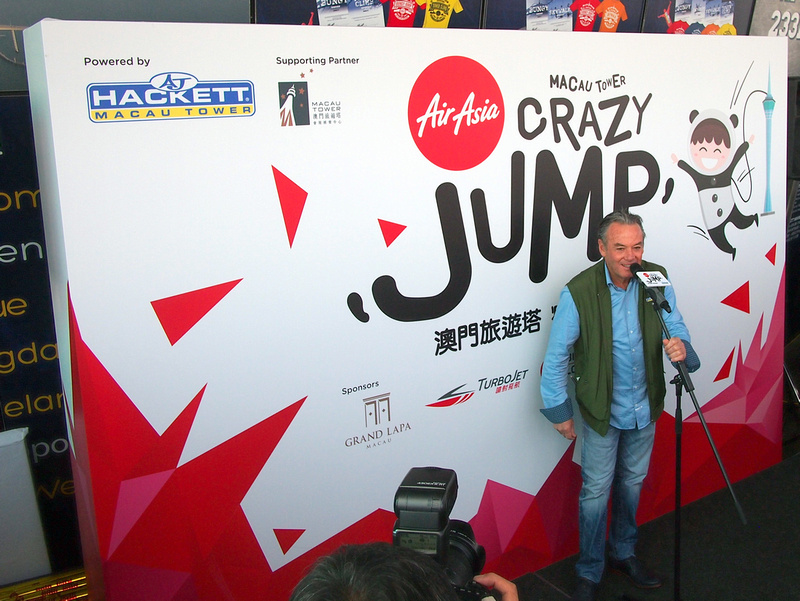 As the event was in partnership with AirAsia, the costume theme was AirAsia destinations. It was fun to meet all these ASEANites dressing up in various costumes. Some jumpers dressed in their own regional attire, while others dressed in homage to their favourite destination. 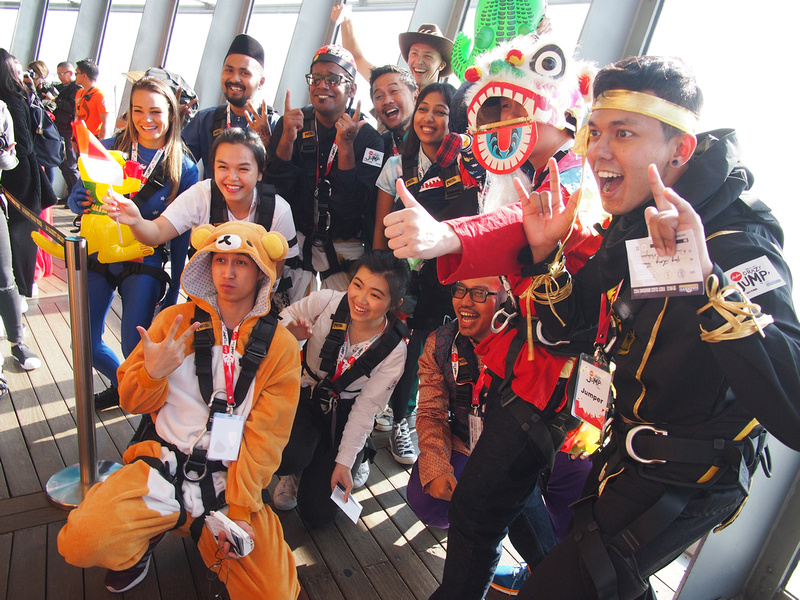 AirAsia also fly to Australia and New Zealand, so it was good to see an Aussie couple representing. Someone should have got the word out to Kiwis though, as there was no New Zealand representation. 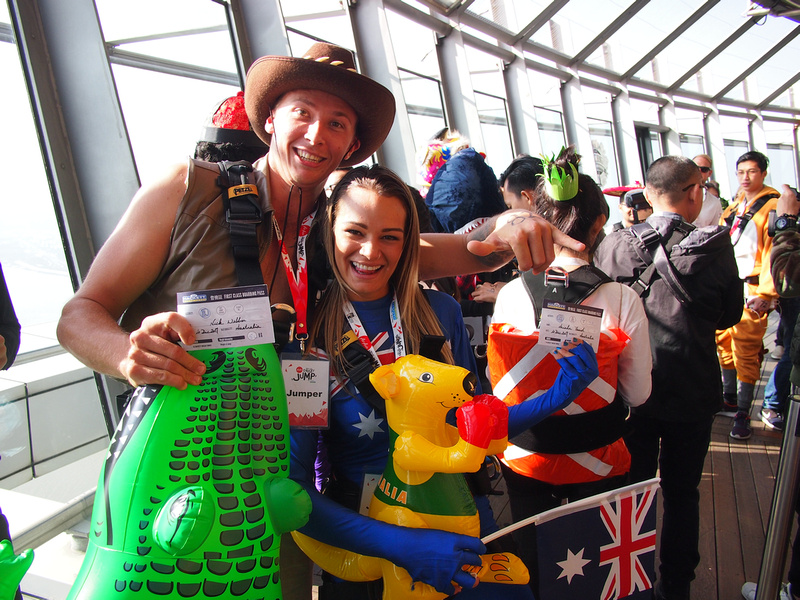 And the competition wasn’t limited to citizens of Asia-Pacific. The winner of the best costume was a Mexican man living in Shenzhen, dressed as a Japanese Sumo wrestler. 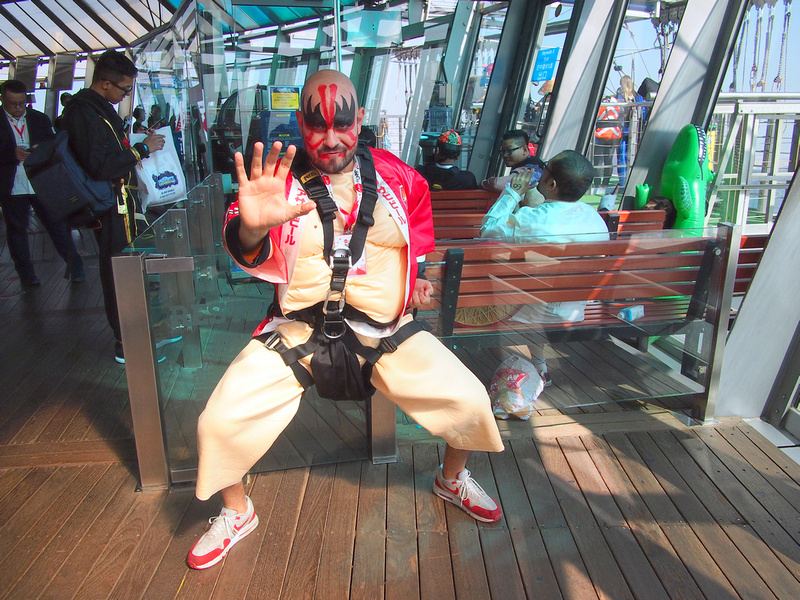 Costumes were mostly regional dress uniforms, though there were a few animals of Asia represented as well. 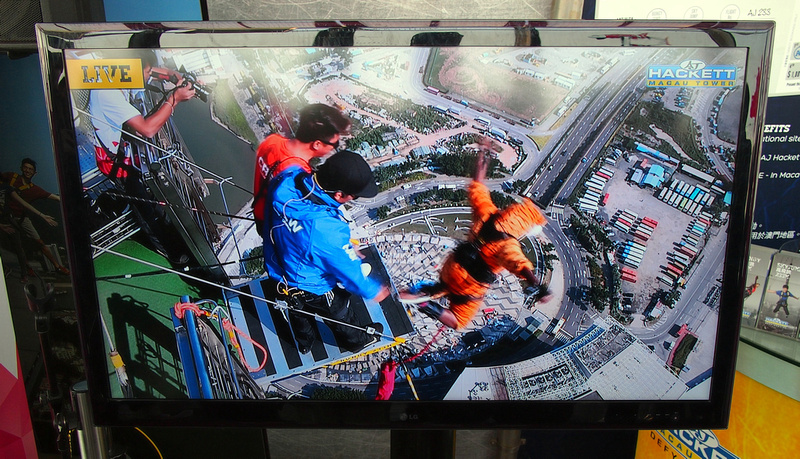 Jumpers from the Philippines were well represented. 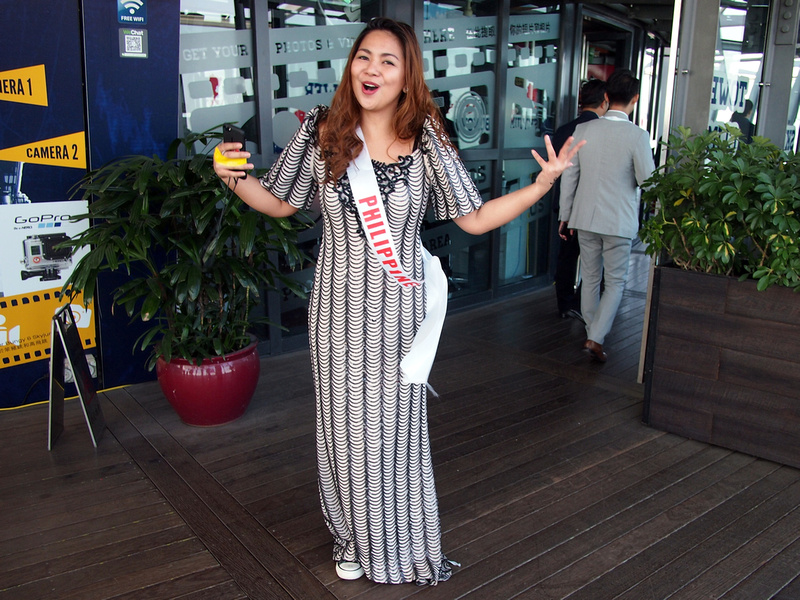 It seemed that Japan was the most popular destination of the event. chinvicky95 from Malaysia dressed up as a piece of sushi, and her video here will give you an idea of the scale of the jump.

Here's a video of #airasiacrazyjump2017 And there you go, as promised, the flying sushi 🍣 Once again, thanks @airasia @aj_hackett_macau_tower for this wonderful experience! ❤️

The winner of the best jump was also the Sumo man who won best costume.

Even if you’re not jumping (that’s me!) the view from the tower is spectacular. 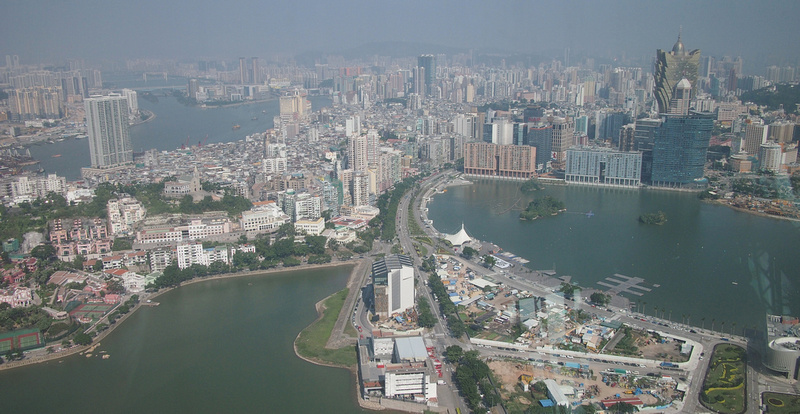 [I travelled to Macau as a guest of AirAsia, who fly to Macau from destinations around Asia.]