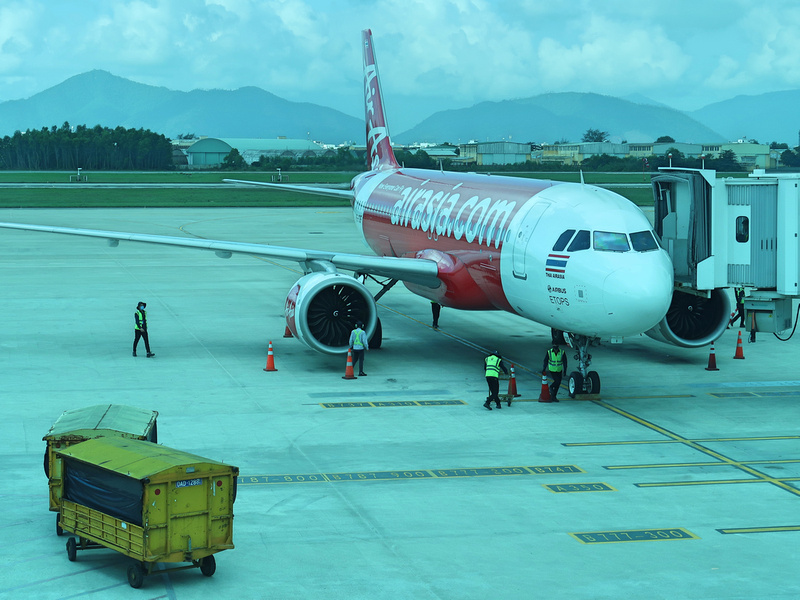 I flew with AirAsia from Da Nang to Chiang Mai. I was happy to read when this route began in March 2019 as these are two cities that I travel to often. Air travel in Southeast Asia is growing at a rapid pace, and with the primary city routes covered airlines are developing more secondary city routes. Vietnam’s aviation market was one of the fastest growing in the world in 2019, and Da Nang has seen its fair share of new routes.

Before I booked I checked flights with Skyscanner to make sure there were no other new alternative flights.

The flight was 2,203,800 VND ($95 USD), which included a checked bag. A good deal, especially considering I didn’t have to do a connecting flight through Bangkok. 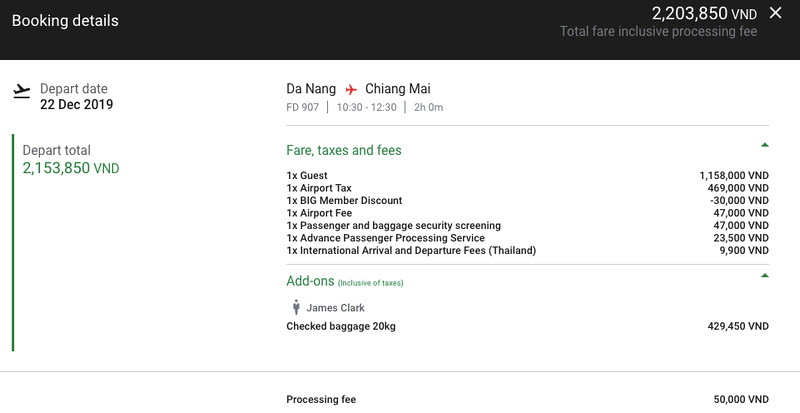 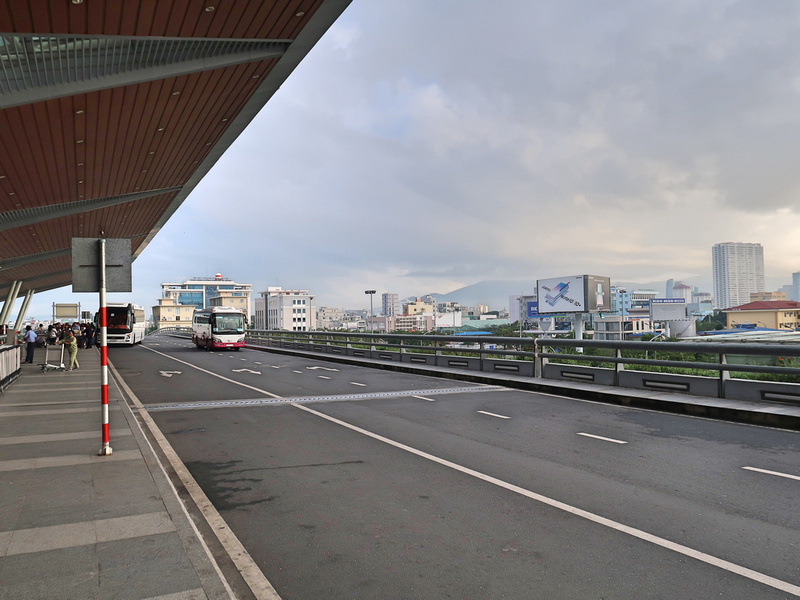 I didn’t check in online so I checked in at the airport. I was there early as usual, so I got check-in done before a queue built up. 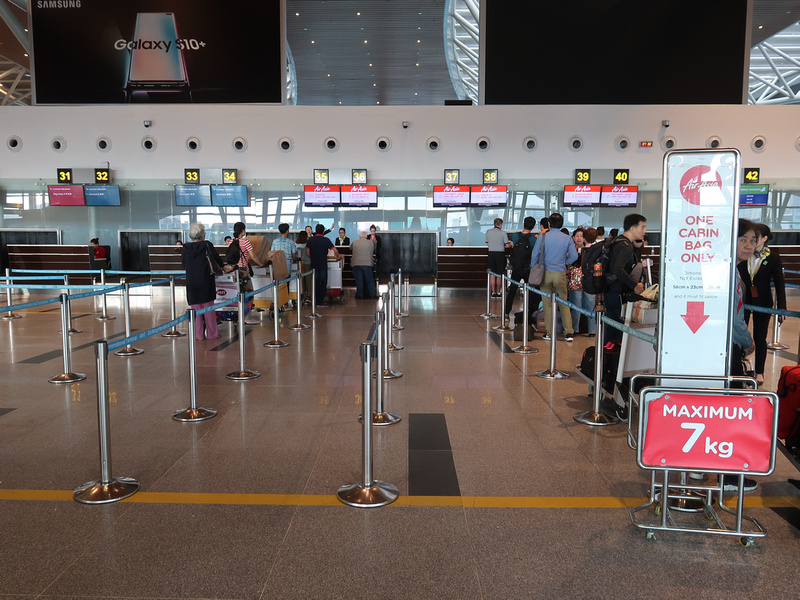 The flight originates in Chiang Mai, and today the flight was on time.

Flight FD907 departs DAD at 10.30 and arrives at CNX at 12.30 (same time zone), for a scheduled flying time of 2 hours. This is about as ideal as it gets for a flight time. No early rushing about in the morning, and arriving in Chiang Mai for a late lunch. 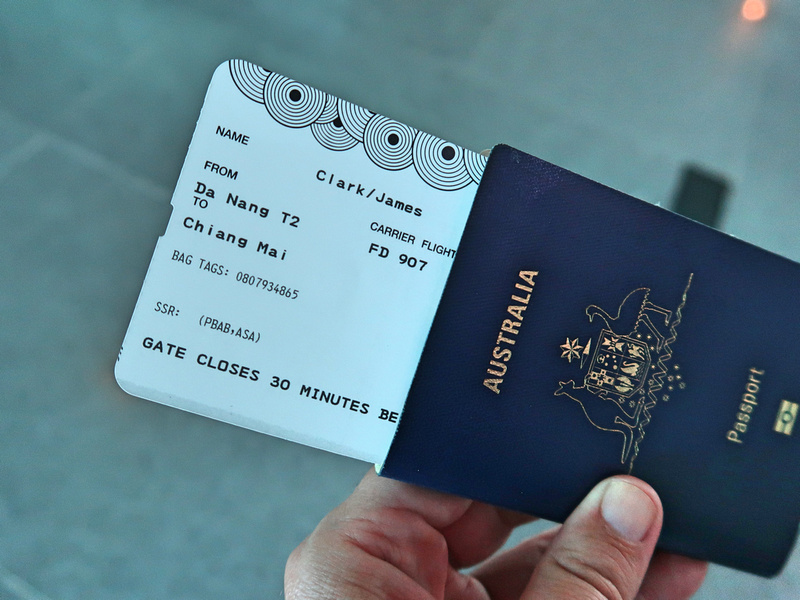 Da Nang airport has reached capacity well before it was anticipated, so there’s not always a guarantee of an airbridge. Today there was an airbridge boarding, and the flight was pretty much on time. 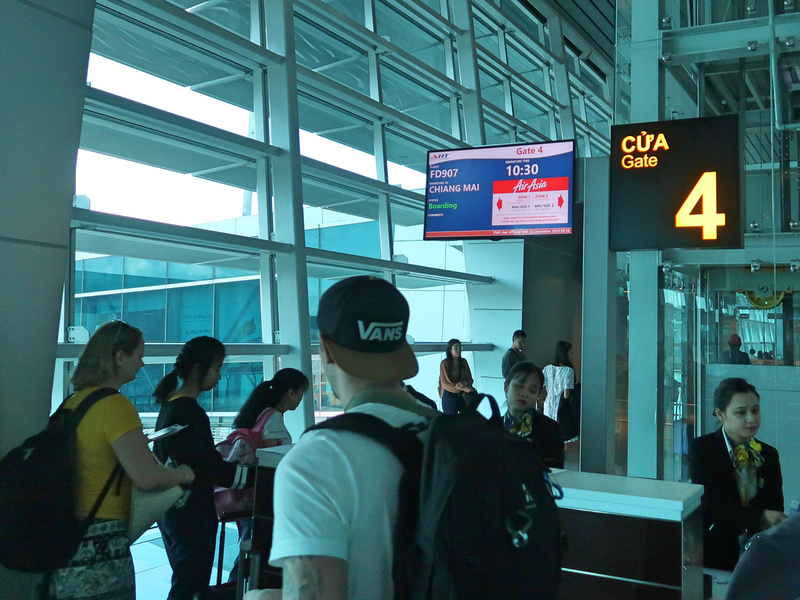 AirAsia is a low cost airline, so there is only a bare minimum of legroom. Even as a tall person I don’t mind for short flights. Just remember it’s a flying bus. 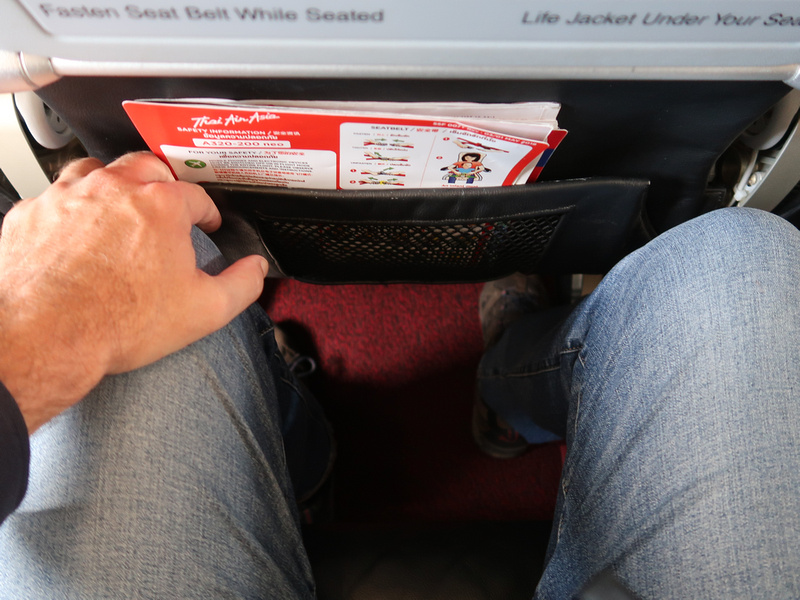 Travel360 – the inflight magazine for AirAsia. 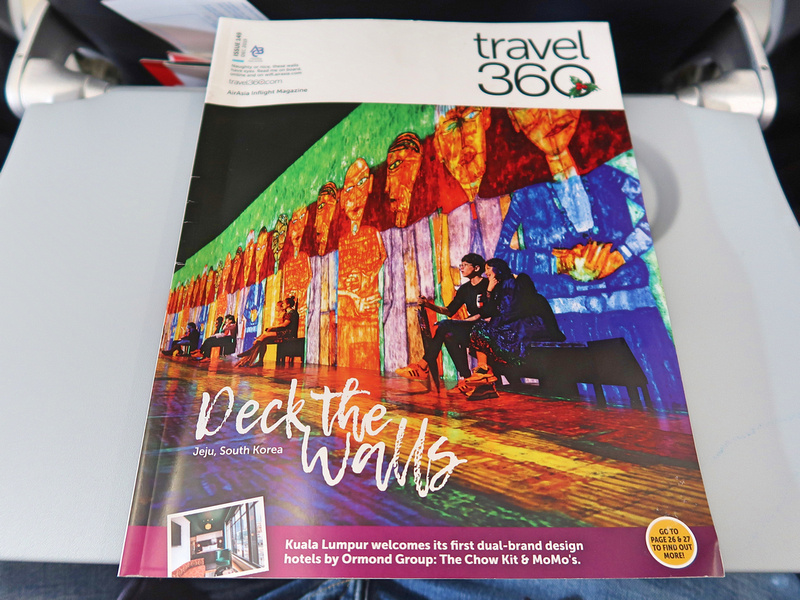 AirAsia have an enormous route network, and I always look at the map for future inspiration. 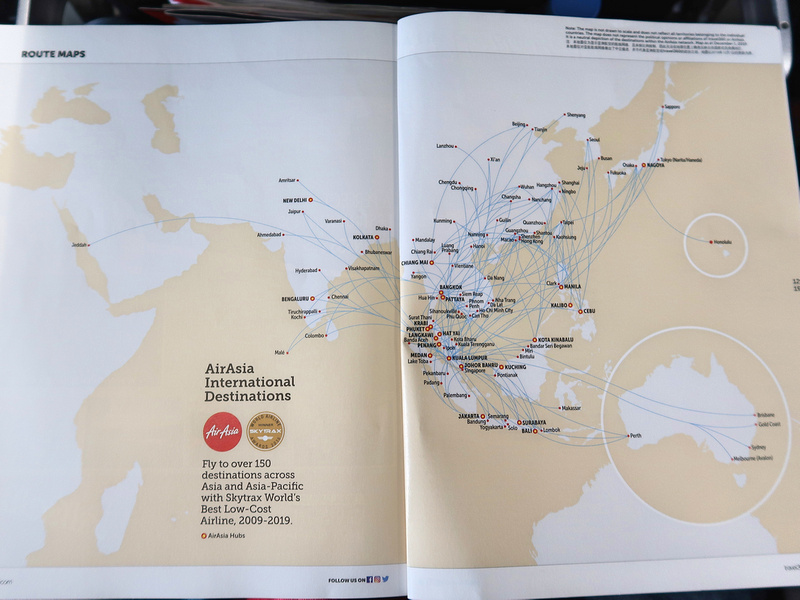 AirAsia also fly to Da Nang from Kuala Lumpur and Bangkok. AirAsia have been trying to set up an AirAsia subsidiary in Vietnam (like Thai AirAsia), but so far they haven’t been able to make it work. I would be interested to see what routes they would develop if they do ever establish a new airline here. 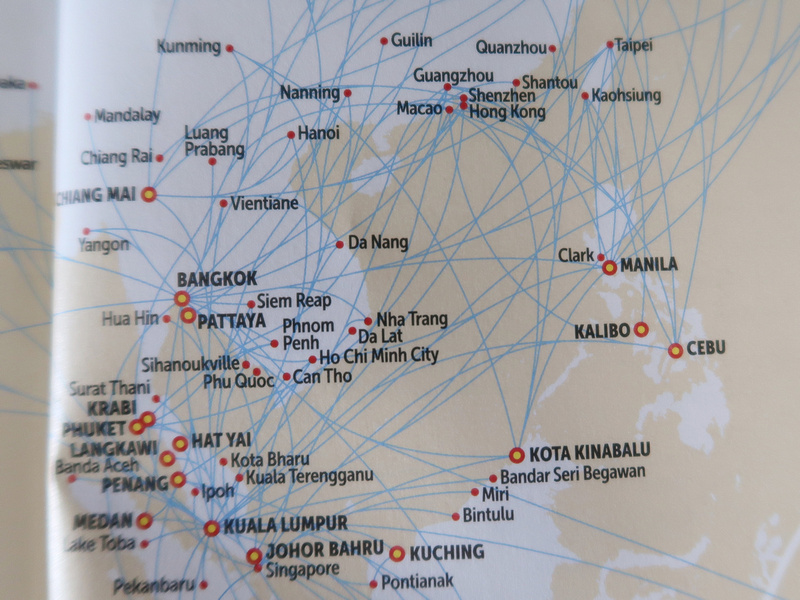 There is an inflight meal service available, which you can book online or buy onboard. I already knew what my first meal back in Chiang Mai would be, so I didn’t spoil my appetite. 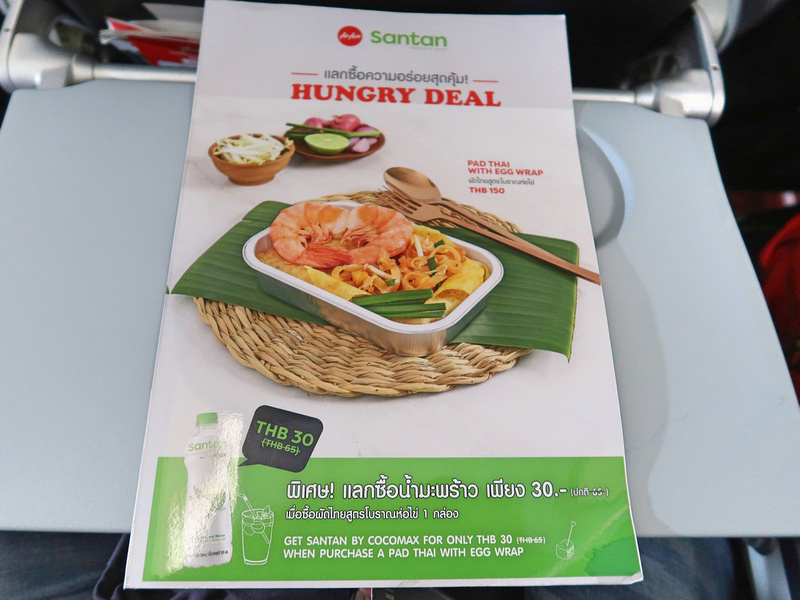 A Thai immigration form is handed out during the flight. 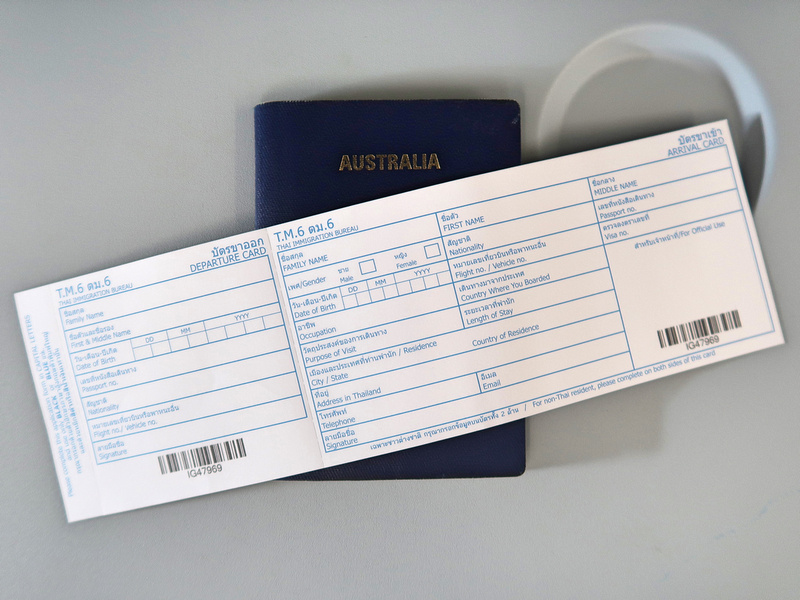 We arrived in Chiang Mai on time, and all of the gates were busy so we did a tarmac deplane. December in Chiang Mai is about as good as it gets for weather, so I didn’t mind being outside to celebrate being back in Chiang Mai. 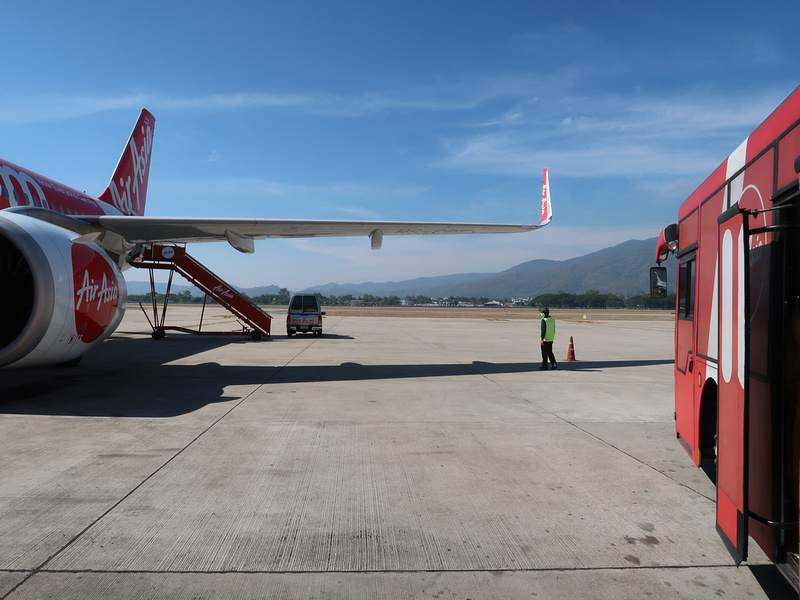 It took about 15 minutes to get through immigration, which wasn’t bad considering the amount of recently landed flights. My bag was already at the baggage carousel by the time I got though. 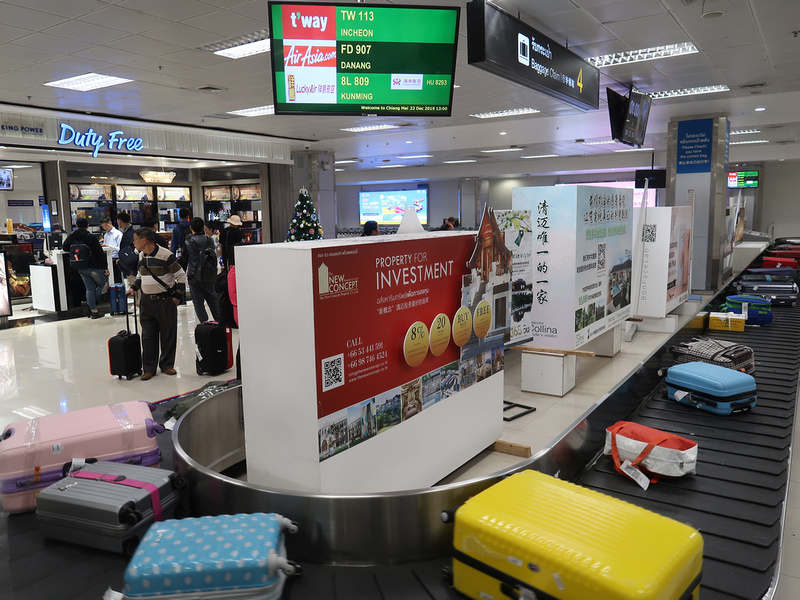 Over this was a good flight and a useful addition for flight options at Chiang Mai and Da Nang. The flight was full (apart from the usual few seats that are most likely no-shows), so it’s an encouraging sign that this is a popular route.

I remarked on my VietJet flight from Saigon to Chiang Mai that it could be known as the Digital Nomad Express. This flight from Chiang Mai to Da Nang might also be a contender for that title, given the popularity of the two cities for digital nomads.

With more secondary city pairs opening up, I’m now hoping for some more low cost airline connections to Luang Prabang (Da Nang or Saigon would be good). A Da Nang to Penang route would also be excellent.