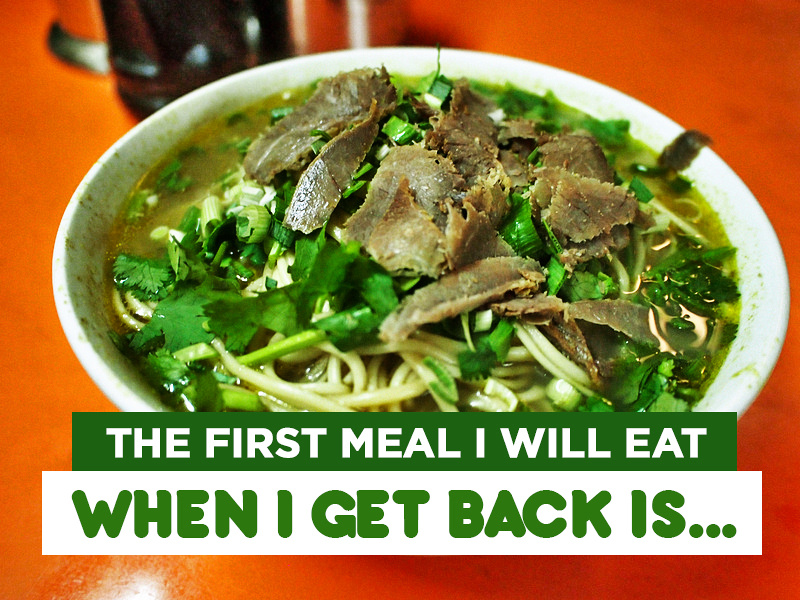 “What’s the first thing you are going to eat when you get back?” I asked Dan while we waited for our flight to Hanoi.

“Fried eel soup.” Dan said this without missing a beat. He said it like he had already thought of this, and I asked him because I knew he would be the type of person who would think of such important matters.

If he asked me to guess I wouldn’t have picked fried eel soup. Apart from the fact that I didn’t know such a dish existed, I’m not big on eel. Seeing it was his “first meal back” choice, I was willing for suspend my aversion to eel and give this a go. I’m glad I did as it was delicious. 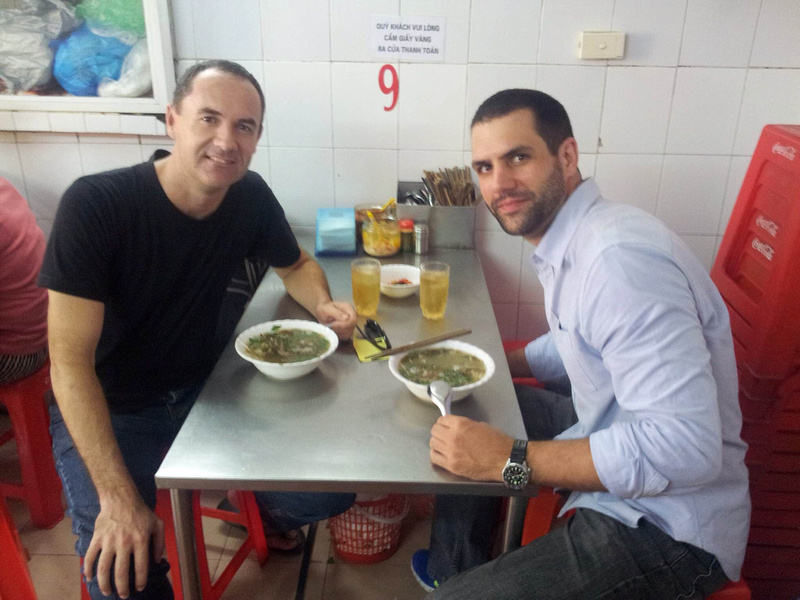 I was thinking about the concept of the first meal back when I was flying to Shanghai recently. I spent about a month in Shanghai last time I was there, but I haven’t been back for three years. On the flight I was dreaming about a noodle place that I had been to a few times, and I started mapping out in my mind how I would get from my hotel to the noodle shop in question.

I didn’t have the address so after checking in I went about retracing my steps. I was surprised at how fast I found the noodle shop, like I had some kind of noodle divination going on. The shop is a little hole-in-the-wall place that only serves beef lamina (hand pulled noodles). The noodles are made from scratch in front of your eyes, where the noodle master takes a lump of dough and turns one strand into two, into four, into eight, and, you get the idea. Part of the fun is watching him make it, and I was relieved to find that the noodles were as good as the legend that my mind had made them to be. 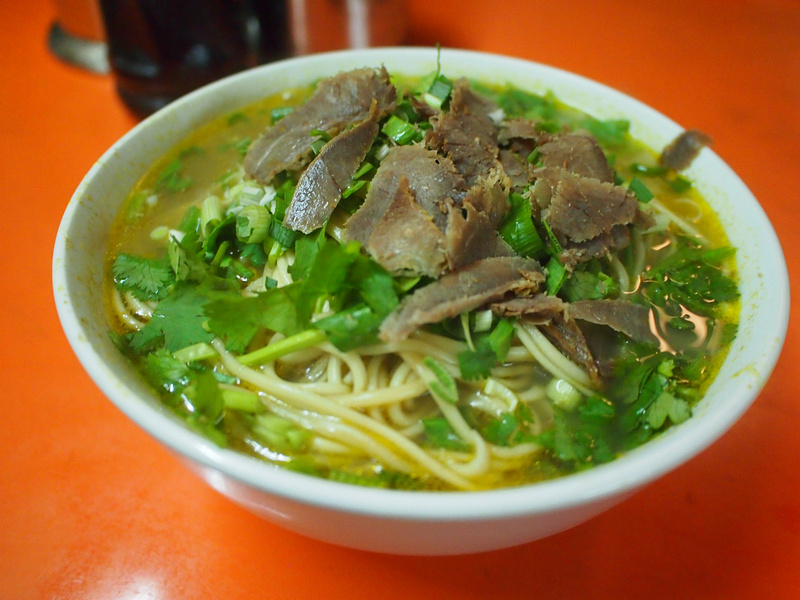 This was an easy first meal back for me, but sometimes picking a first meal isn’t as clear cut. When I returned to Ho Chi Minh City in July I was on a 16 hour flight from New York. On the flight I kept thinking about all the possible things I could eat as a first meal. I have so many favourites in Saigon that I couldn’t pick a winner. One minute it was bun thit nuong, then banh canh cua, then com tam with grilled pork. The paradox of choice is a real phenomenon.

Many of my travel friends think like this as well. In Bangkok earlier this year I met up with Kevin Revolinski, who took me to his default first meal back place. My soup expert friend, Jodi, told me that if she goes back to Mui Ne there is a soup that would be the first order of the day.

While it is great to look forward to favourite foods, it doesn’t always go to plan.

One time I was on my way back to Hong Kong and I had a particular noodle place in mind that I was drooling over on the flight to HKG. Once on the ground in Hong Kong I made my way to said noodle vendor but I couldn’t find it. I was certain I had the right address so I didn’t panic. I kept walking around the surrounding streets where I thought it was, partly in denial what I knew to be true; the noodle shop had closed. After spending so much mental energy on those noodles I was gutted. I of course found another place to eat, but my meal was flavoured with the taste of disappointment.

First meals back aren’t just for when you are on the road either. You can be away from home and start thinking about your favourite place to eat when you get back. When I am returning to my nominal hometown of Melbourne I’m already making up a short list of candidate first meal places.

First meals aren’t fixed either. On my trip to Shanghai I since discovered what might just be my new favourite fried dumpling shop, which will be competing for first meal honours on my next trip to Shanghai.