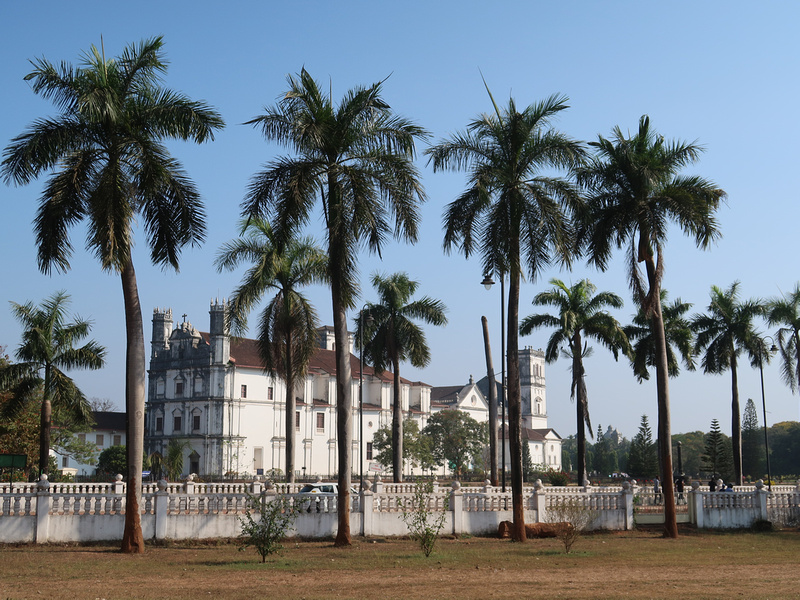 Old Goa (Velha Goa) was the former capital of Portuguese India from the 16th century until the 18th century. It was once a significant city with a population that rivalled Lisbon, having an estimated population of over 200,000 people. The city was eventually abandoned due to a plague in the 18th century, and the capital was moved to Panjim (now Panaji). 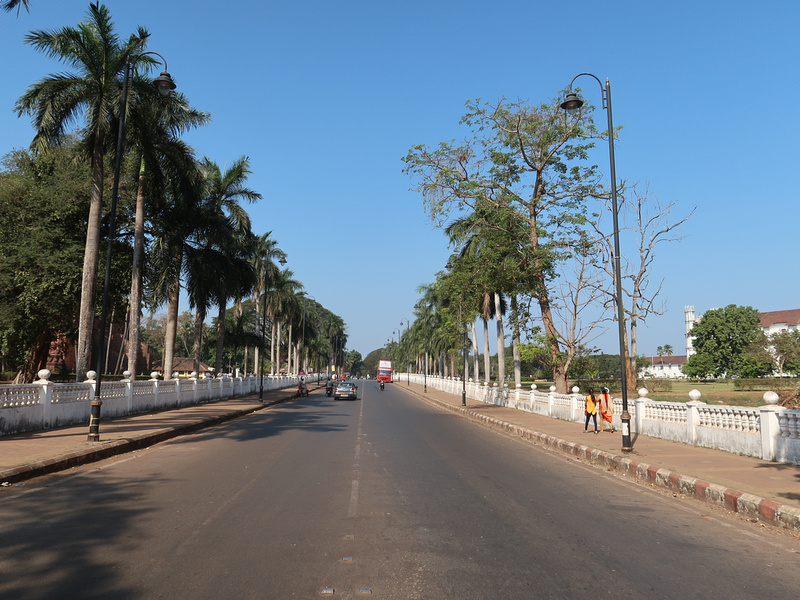 Old Goa is a like a christian version of Angkor and Sukhothai, though not as grand. It was known as the Rome of the East, and after wandering around the ruins of the city it’s not hard to see why.

All that is left of Old Goa are the biggest churches. All the buildings used for everyday life in the city either decayed or were picked apart for building materials. The churches and convents of Goa became a UNESCO World Heritage Site in 1986.

Before Old Goa began reclaiming and restoring the churches in the 20th century, the ruins might have resembled what Angkor looks like, with the jungle having overtaken the city. Now the historic area looks more like Sukhothai Historical Park, with manicured lawns and walking paths between the monuments. 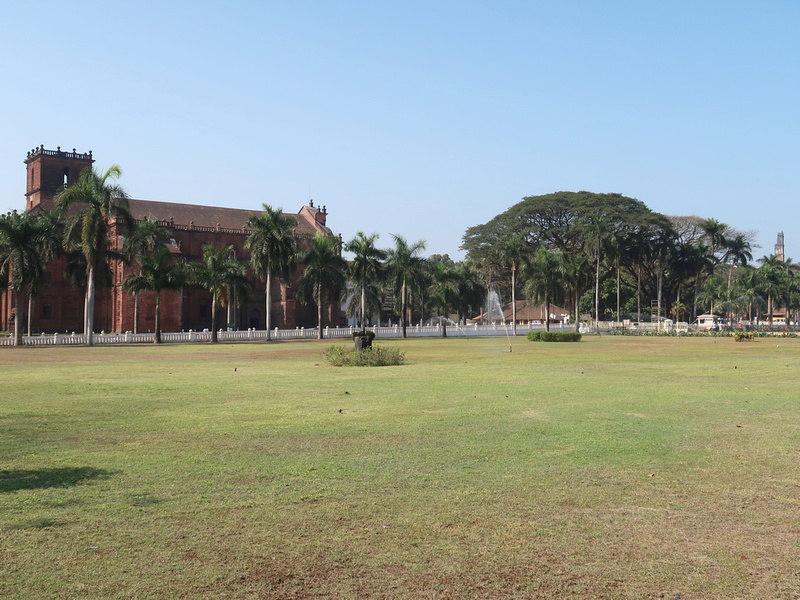 Sometimes when I visit places like Old Goa or Angkor Wat I wish I had access to a time machine to see what it looked like in its prime. All of the green space you see here now would have once been a dense urban area. Imagine visiting an old town area of a mid-size city in Europe, and then take away everything except a dozen or so churches. 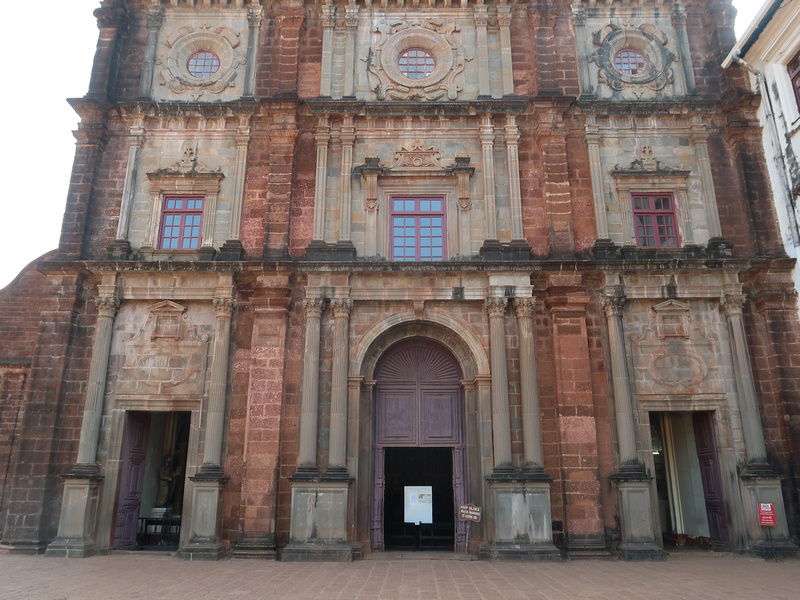 At the Basilica of Bom Jesus you can see the remains of Saint Francis Xavier, who died in China and his body was then repatriated to Goa, via Malacca. Xavier spent time here in 1542, and was influential in spreading christianity in southern India. 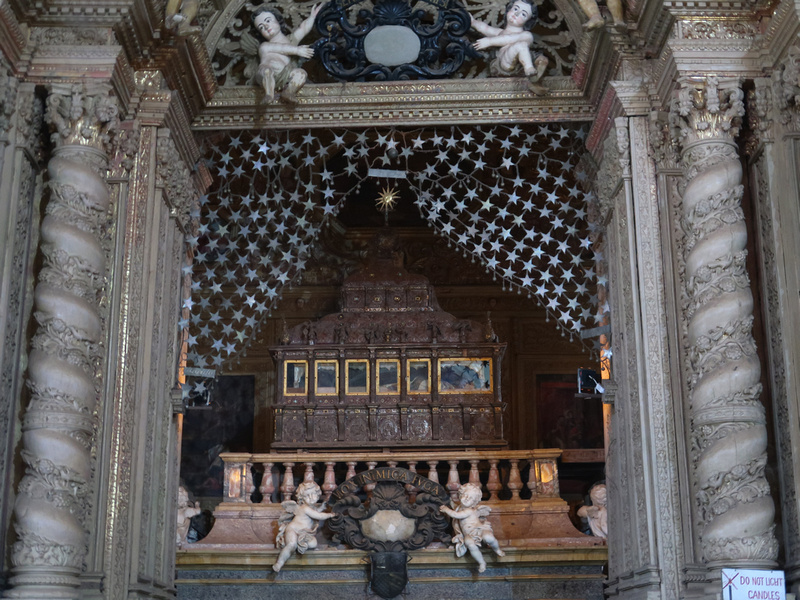 Also in the Basilica of Bom Jesus is the bloodiest Jesus I’ve ever seen in my life. 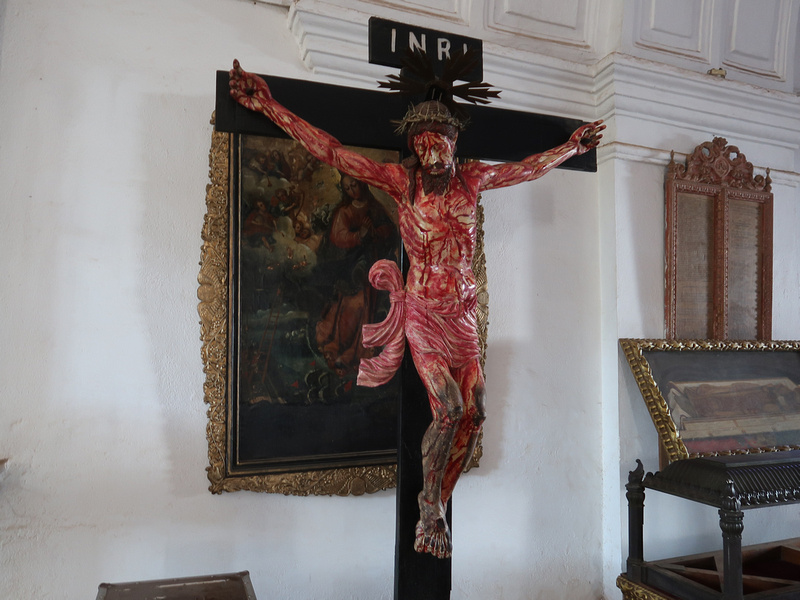 If that was a bit too traumatic for you, I also saw the happiest (and most Nordic) looking Jesus I’ve ever seen. 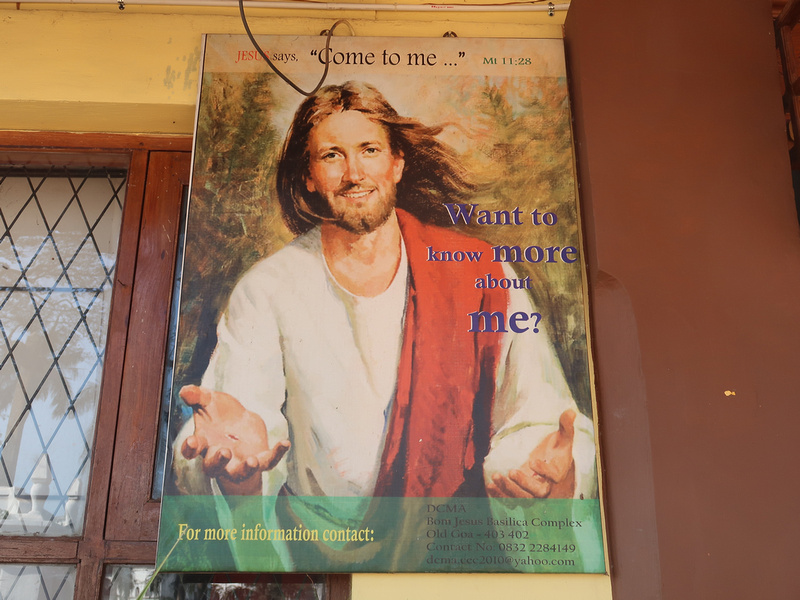 The other cathedral in good shape is the Se Cathedral.

Inside there is a great painting of the patron saint of travellers, Saint Christopher. 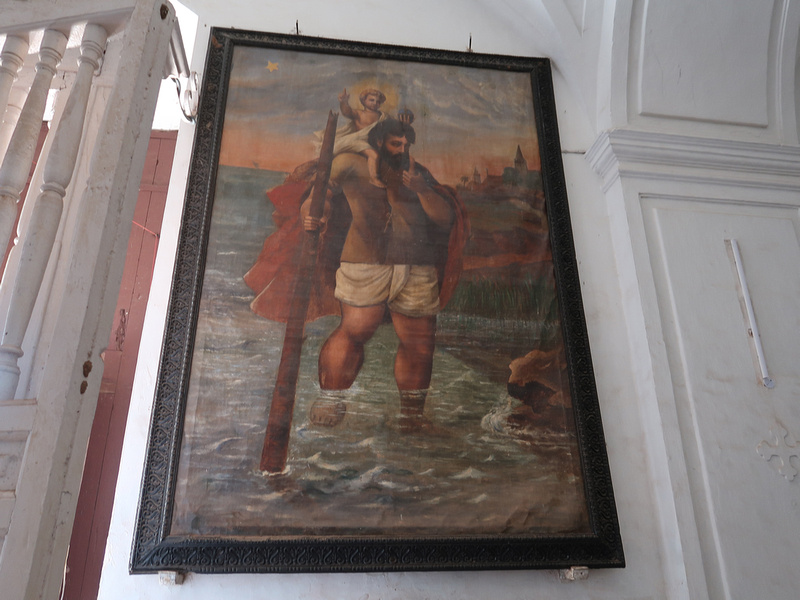 From the Se Cathedral you can see the ruins of St Augustine. It looks enormous, but it’s just sitting on a hill surrounded by trees. 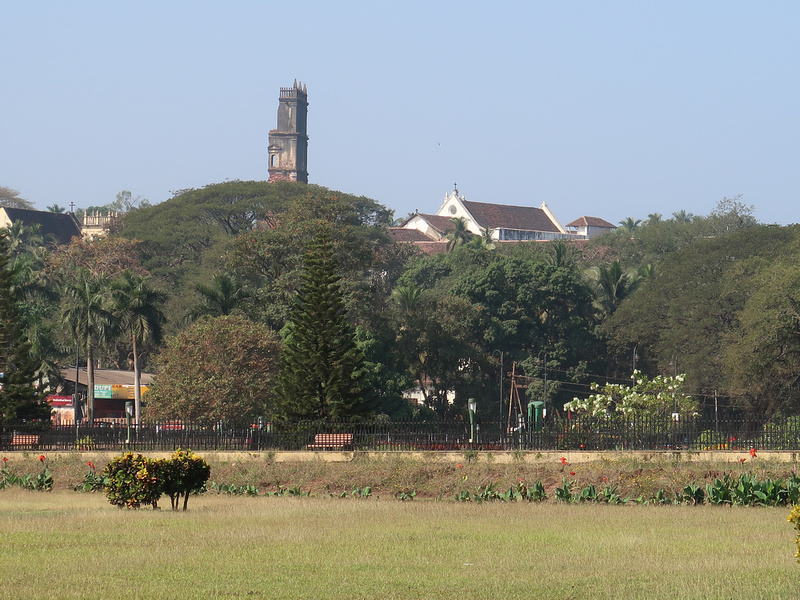 After the city was abandoned the church fell into disrepair and the vault collapsed in 1842. 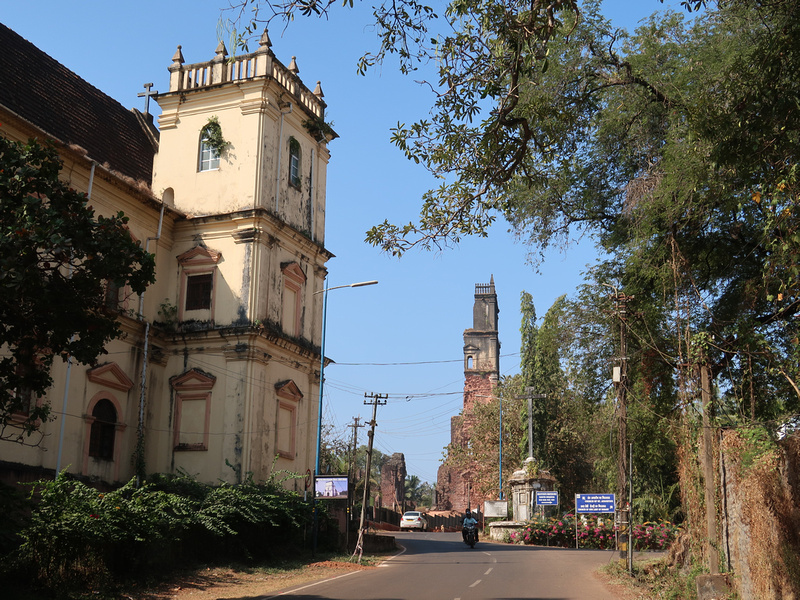 Walking around Old Goa got me wondering what was the last great city to be completely abandoned. I mentioned Angkor and Sukhothai, and there is also Bagan in Myanmar. These days a great city (not villages or mining towns etc) is more likely to be in terminal decline. Venice is perhaps the best example of a once grand city in a slow decline. Detroit in the US and some northern cities in the UK might also fit here (in terms of losing population).

Visiting an abandoned city due to a disease was timely as I happened to be visiting during the first month of the coronavirus. It got me thinking about city declines and abandonment, and the fragility of civilisation itself. 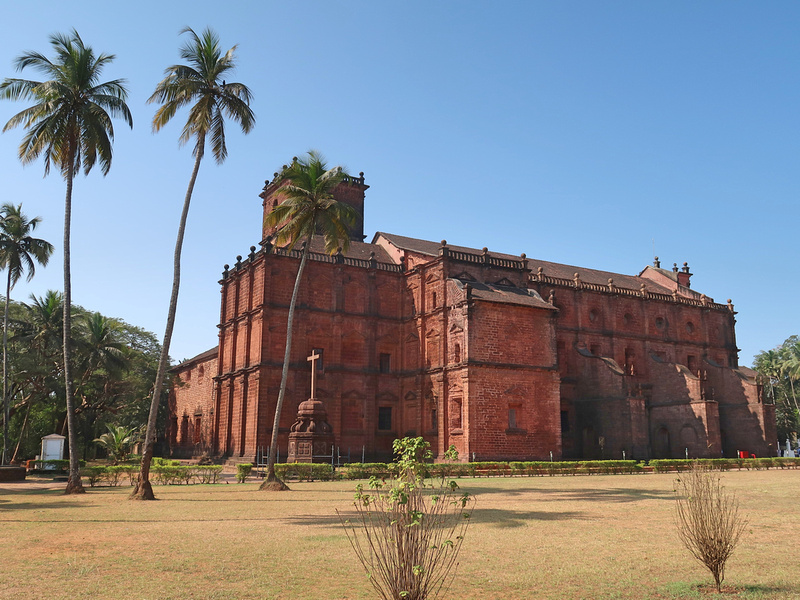 With China practically being cut off from the rest of the world, supply chains have been disrupted as factories close and flights are cancelled. It’s hard to imagine a whole city being abandoned in the modern age, but we are now seeing what a pandemic can do to cities. We have not seen a city the size of Wuhan being quarantined in our lifetime.

Our supply chains are so short that it doesn’t take much to be disrupted. I thought about the time that KFC ran out of chicken in the UK because their distribution centre was disrupted. And Australians are for some reason panic buying toilet paper. And what happens to places like Singapore, which barely produces any food and imports water from Malaysia.

Perhaps civilisations are like this tree – they will eventually right themselves after going off-course. 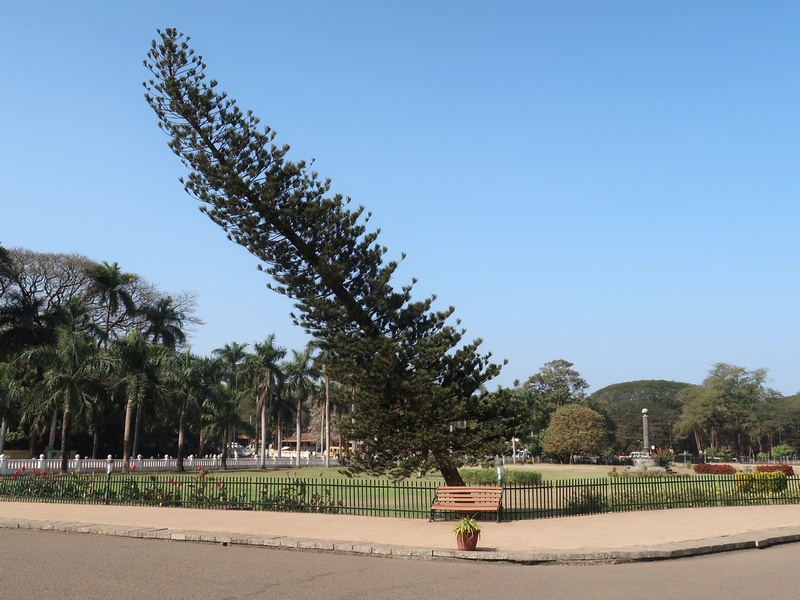 I visited Old Goa as a day trip from Panaji (about 40 minutes away by local bus). I was visiting the beaches of North Goa, but I recommend taking a break from the beach and visit Panaji and Old Goa as well.