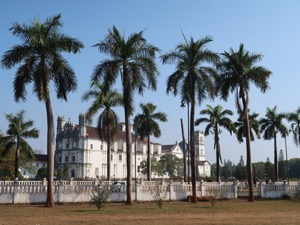 Old Goa (Velha Goa) was the former capital of Portuguese India from the 16th century until the 18th century. It was once a significant city with a population that rivalled Lisbon, having an estimated population of over 200,000 people. The city was eventually abandoned due to a plague in the 18th century, and the capital […]