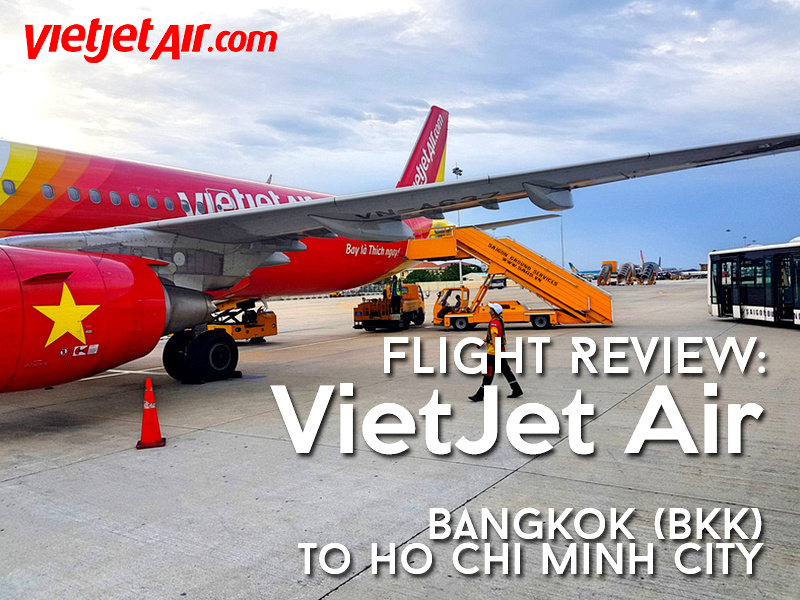 I flew with Vietjet Air from Bangkok to Ho Chi Minh City. There are several airlines flying this route, with departures leaving throughout the day. I compared flights online with Skyscanner and went with Vietjet Air for the combination of price, time of day, and departure airport.

I’ve flown this same flight before, except last time it was Thai Vietjet flight VZ 8804. Vietjet have a Thailand subsidiary that flies domestic Thai routes, and it shares the flights on the Bangkok – Saigon route.

My flight cost 1,912,000 VND ($83.84 USD) which is not a bad deal for a 90 minute flight. You can get flights much cheaper if you book in advance and don’t mind what time of day you travel. Generally though you can always find a flight for under $100USD for flights between Bangkok and Saigon. 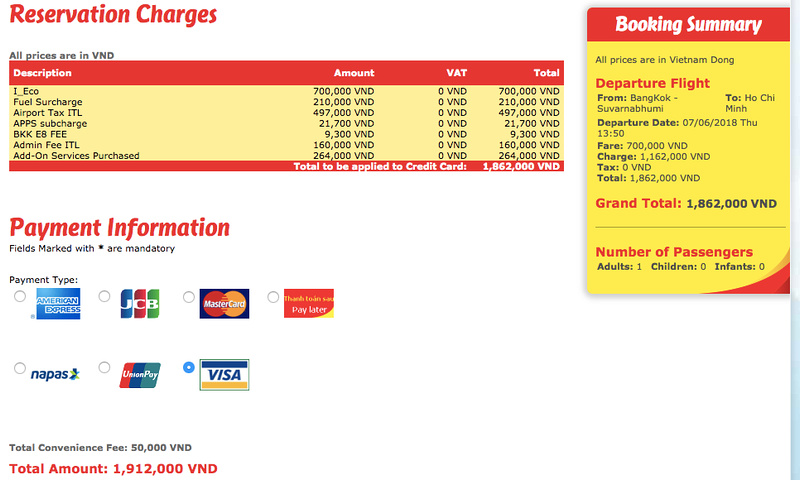 There is no online check in, so I got to the airport early and got that chore out the way. Some people like to get to the airport as close to the flight time as possible. I am not that person. I prefer to get there early, be greeted by an empty queue, and then go through security. 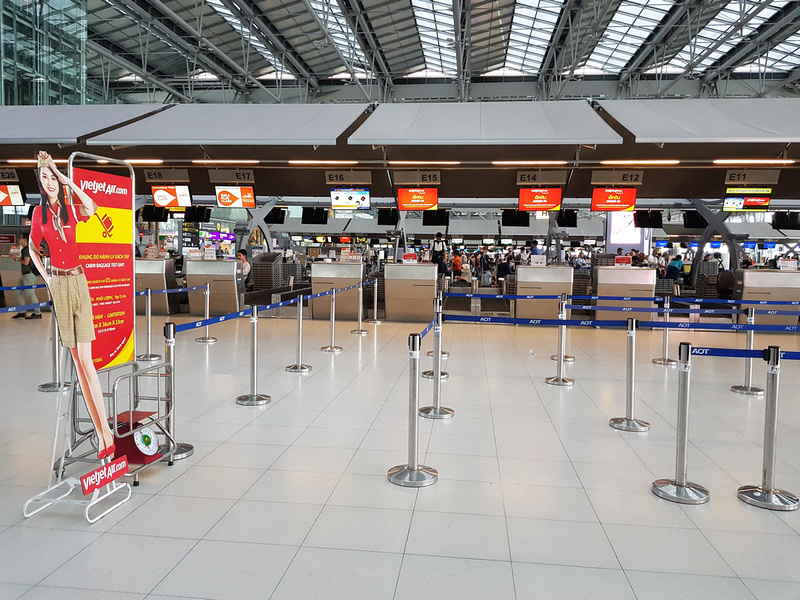 Once I am at the airport I am free to get a coffee and work for a couple of hours. 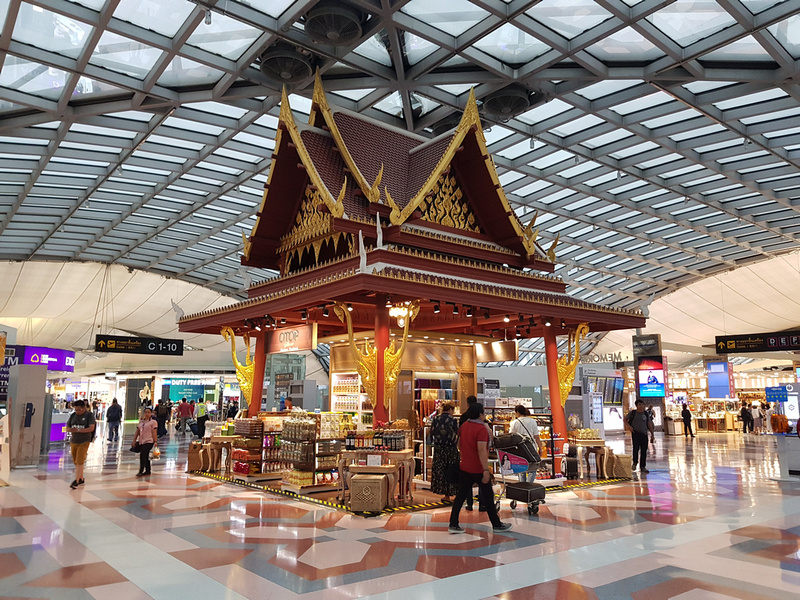 It turned out that I had even more time to work today as the flight was 40 minutes late. 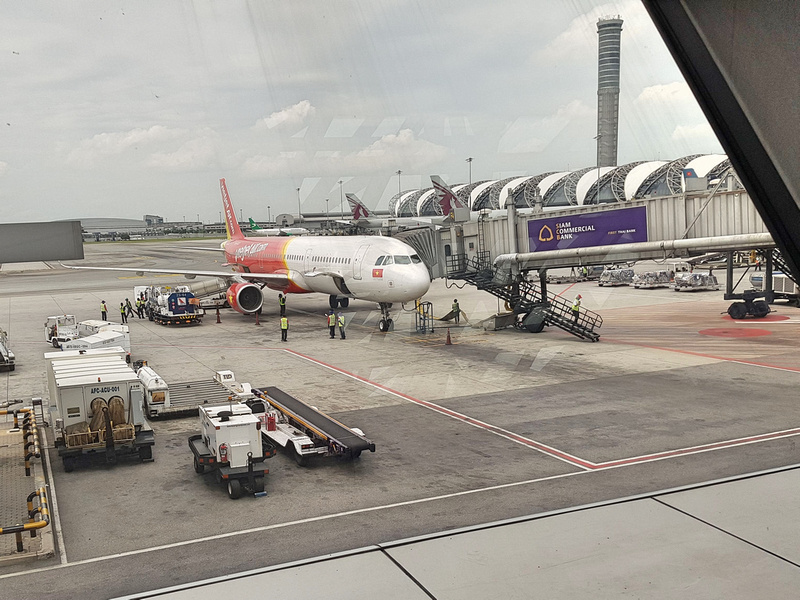 We eventually boarded on what looked like a new plane. The seats were more comfortable than the Jetstar flight I took from Saigon. 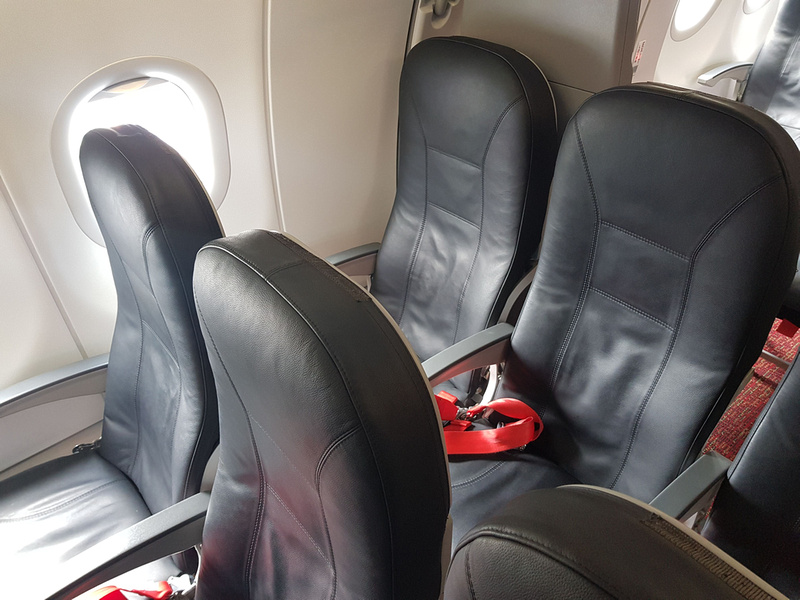 one2go – the inflight magazine of Vietjet Air. The magazine is in Vietnamese, with a few of the articles translated into English. 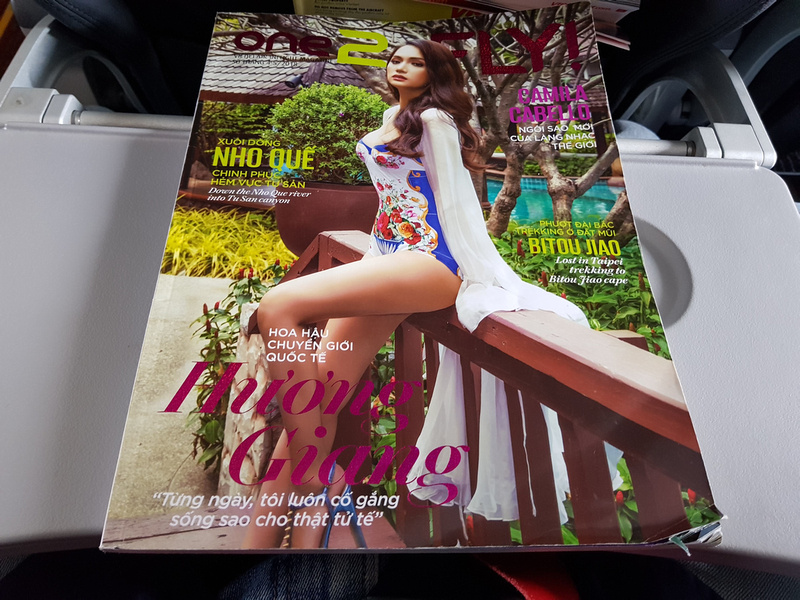 I like reading the news section for future flights. Vietjet Air are planning to fly to Brisbane, which will be the first direct flight from Vietnam to Queensland. There is no mention though of what aircraft type will be used. The current A320 model doesn’t have the range, and you wouldn’t want to fly long haul in the current short haul seat configuration. It is most likely to be Boeing 737-900ER (ER for extended range), which they have on order. I would hope they follow the model of Malindo Air, which is a budget airline that offers a full service flight and ample leg room. 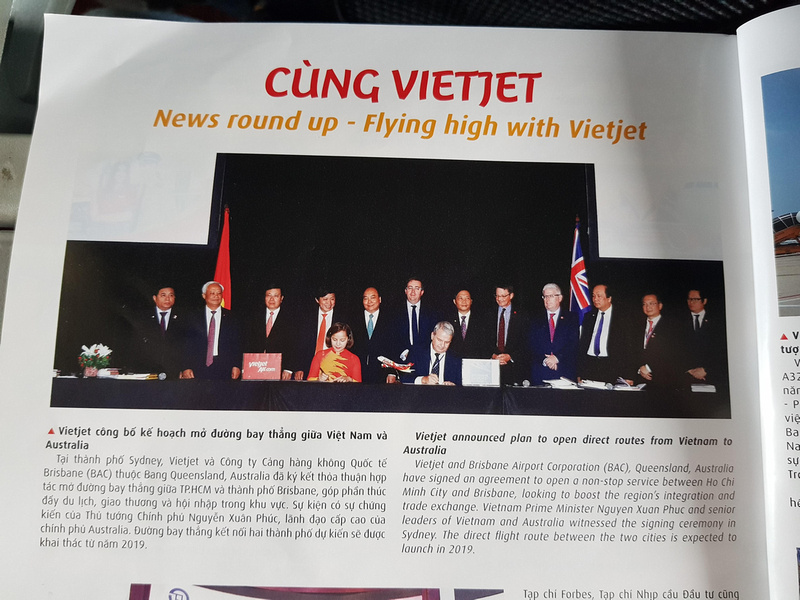 There is also news that Vietjet will fly to Delhi this year, though they announced that last year as well. Maybe I will be tempted back to India soon on a fare sale.

Vietjet Air is a low cost airline, so there is no free drinks service. You can buy drinks onboard at a reasonable price. 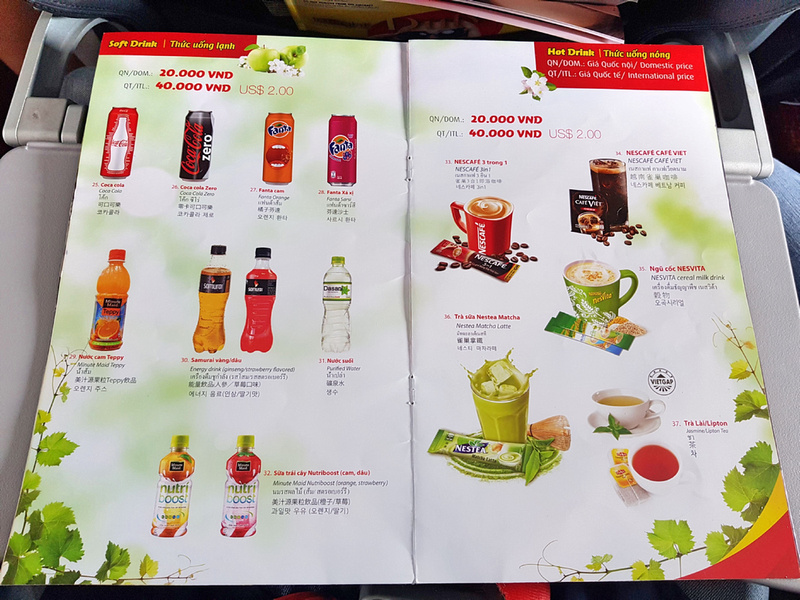 Hot meals are also available to buy, but I was already dreaming of my first meal back. 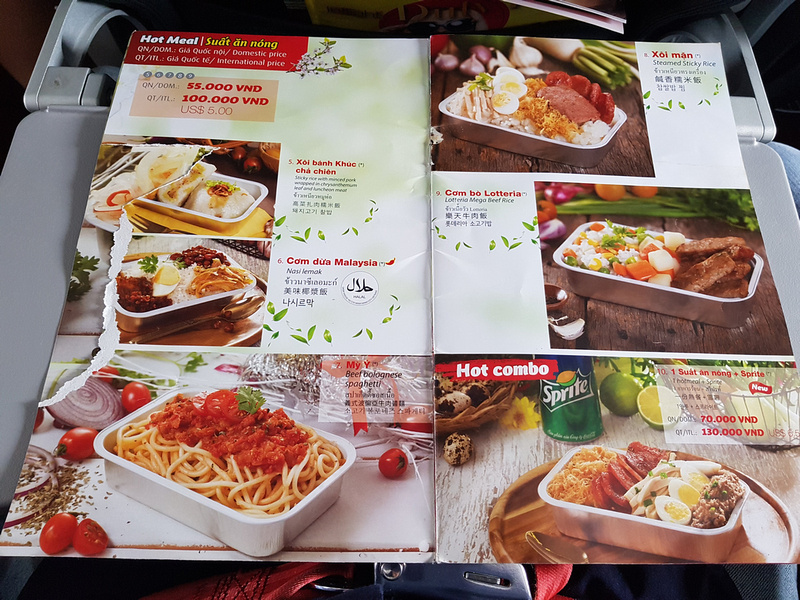 About half an hour before arriving things started to get turbulent. It was announced that we would be doing some circle work for 20 minutes while waiting for a storm cell to pass. 20 minutes turned into an hour and 20 minutes, and even when we eventually landed you could feel the plane being blown about everywhere.

We disembarked on the tarmac and the pavement was dry. There was a storm that made the news so I was glad to have waited it out rather than try and land in it. 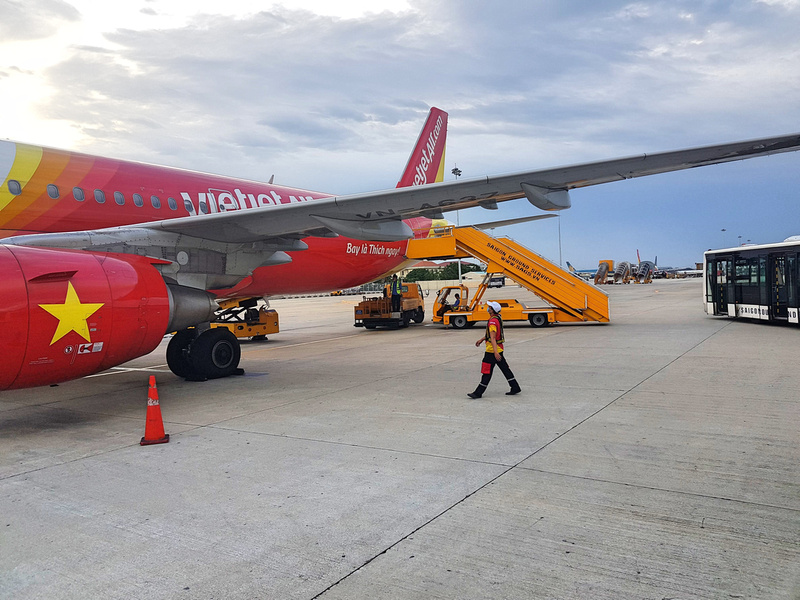