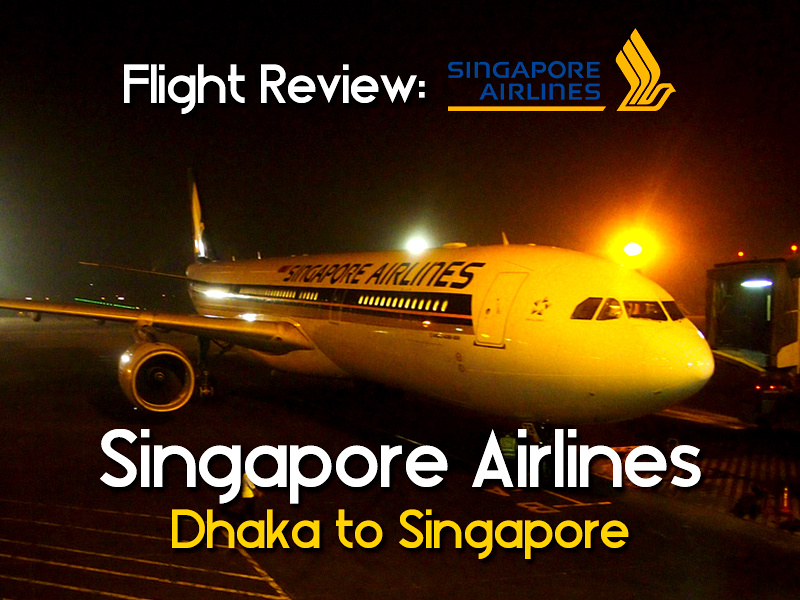 I flew with Singapore Airlines from Dhaka to Singapore. I initially compared flights with Skyscanner. In the end I used United points for this flight.

This flight departs at 23.55 and arrives at 6.00, making it a 4 hour flight. I try and avoid such redeye flights but there weren’t any suitable alternatives. I can never sleep on a flight, let alone one for 4 hours, which makes me a zombie the next day having not got any sleep.

There is another Singapore Airlines flight that departs at the more civilised hour of 12.50, arriving at 18.55. I would have taken that, except I was starting from Cox’s Bazar. I figured it would be better to get the late flight and not risk trying to make the connection on a separate ticket. I didn’t want to spend another night in Dhaka (at least getting to and from the airport again), so the overnight flight won.

Anyway, at least it was with Singapore Airlines, who I had flown with several times last year and I enjoy their service.

I arrived at Dhaka airport via a domestic flight from Cox’s Bazar. I had 7 hours to kill, and apart from the interesting departure hall columns, there is not much going on at Dhaka airport. There was one cafe that had a nice collection of lounge chairs, so I took refuge in there. 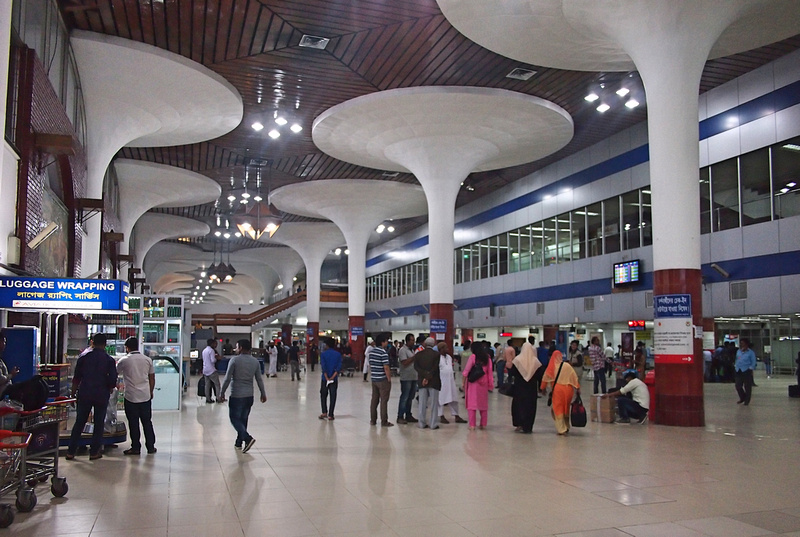 I wasn’t able to check in online because of my United points booking number. I checked in with a minimal of fuss. 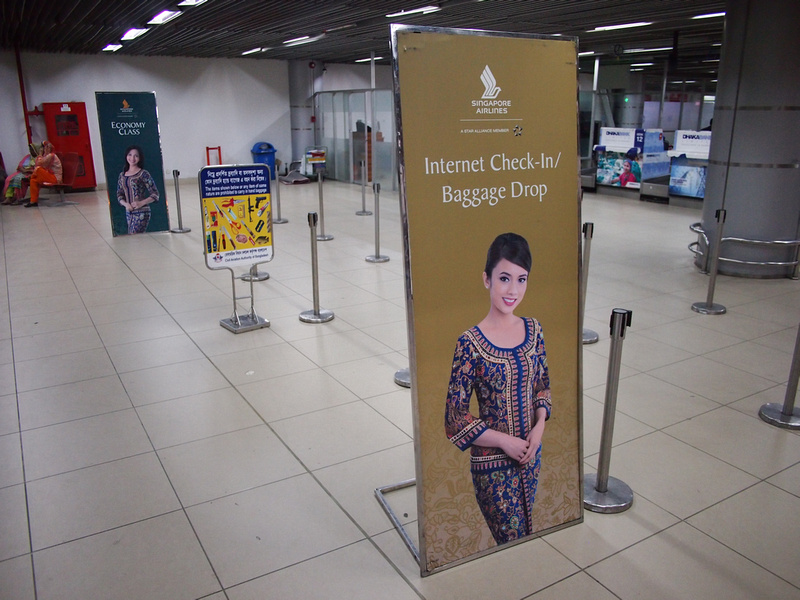 There are more shops and restaurants on the airside. They are mostly independent stores, so it was interesting to see an airport of a capital city that has not been taken over by Starbucks and Burger King yet. 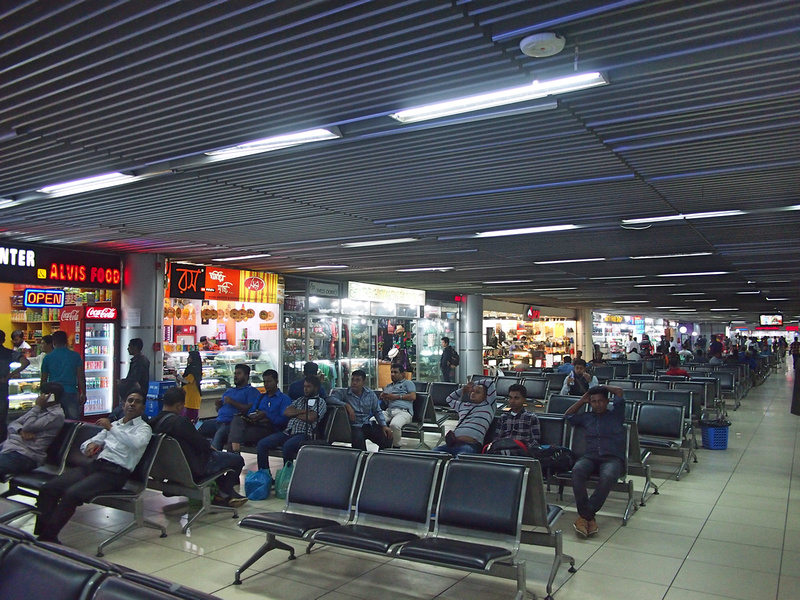 One thing that made me crazy was that the terminal was full of mosquitos. I had mosquito spray which I took out before checking my bag, which came in handy. 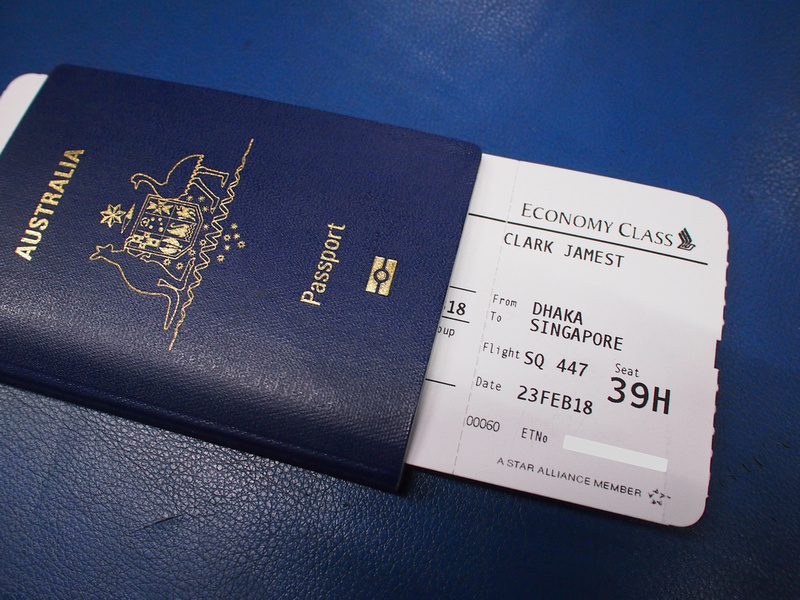 Tonights flight was on an A330. 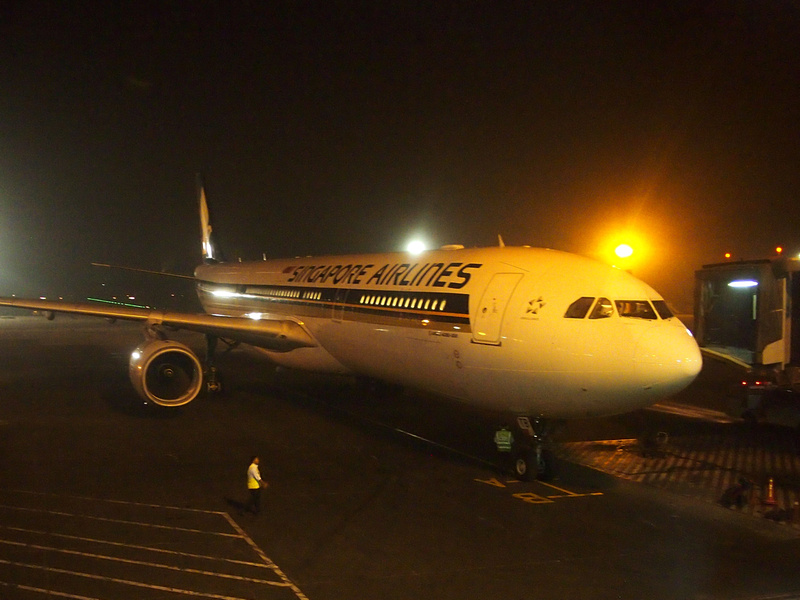 Free newspapers are provided, and you should pick up your headphones here if needed. 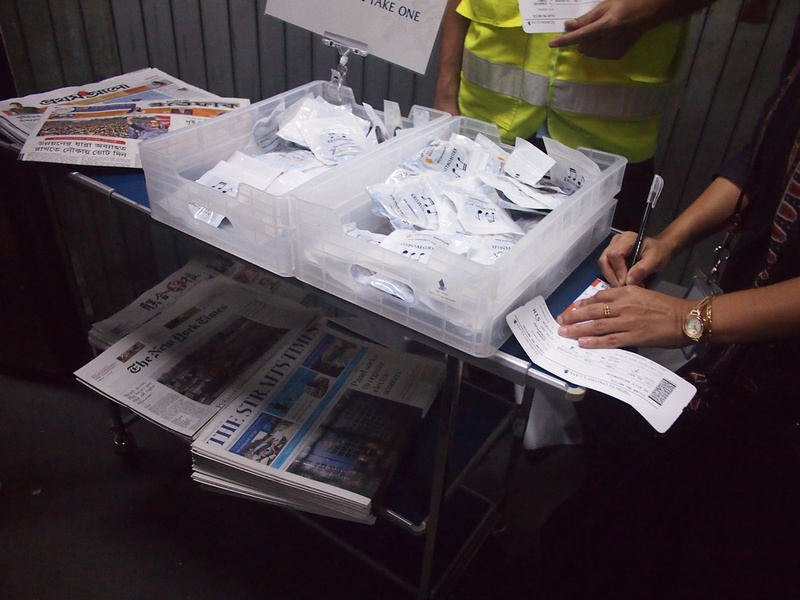 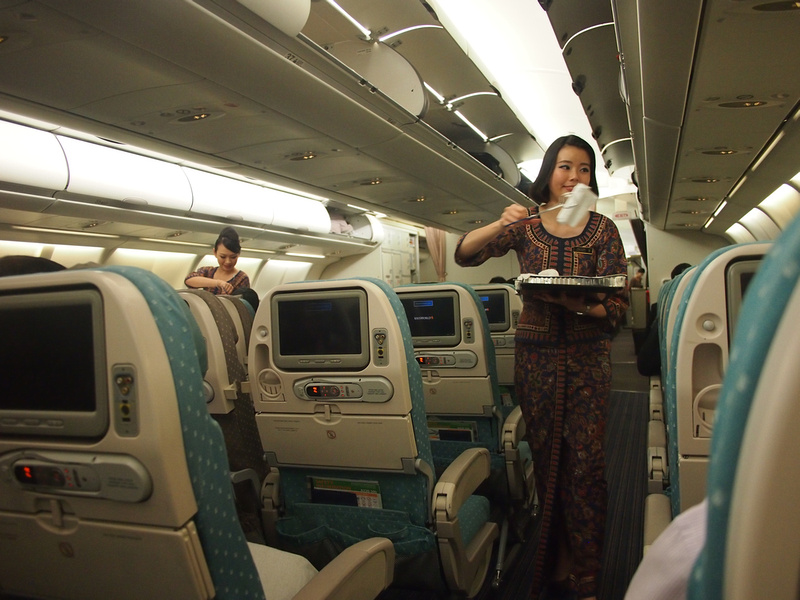 When we boarded the mosquitos in the terminal followed us in, and I found myself swatting the little buggers everywhere. Once the doors were sealed the crew went through the cabin with a spray. It turns out we were lucky to get off the ground. Earlier that week a Malaysian Airlines flight was delayed due to a mosquito attack. There must be some bodies of standing water in the airport terminal that is causing this. 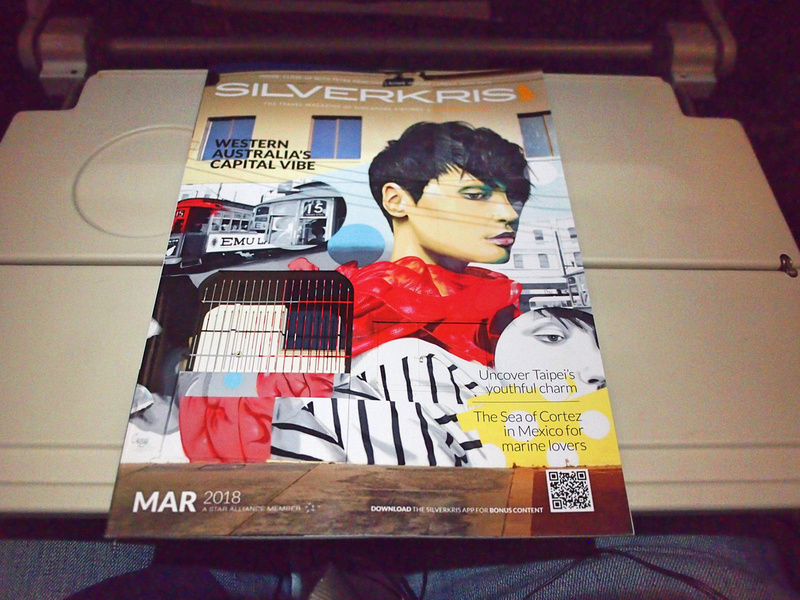 Dinner is served on this flight, and I had the chicken in coconut gravy pea lentil. 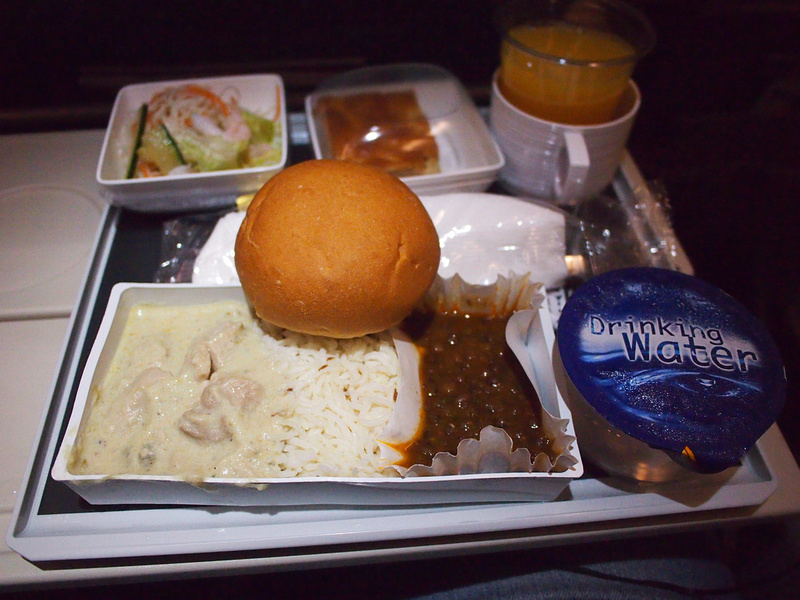 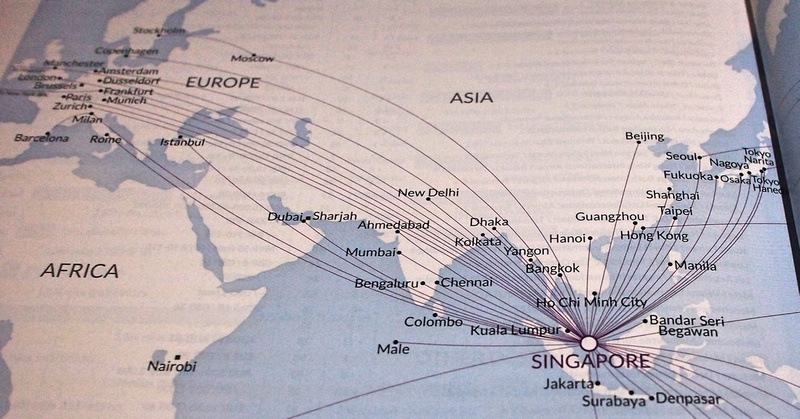 At a scheduled flying time of 4 hour (and less of actual flying), by the time I had dinner I had enough time for one movie. I watched Bladerunner 2049 again, which finished just as the flight started descending. It’s a great movie, though I don’t recommend watching for the first time on a plane. 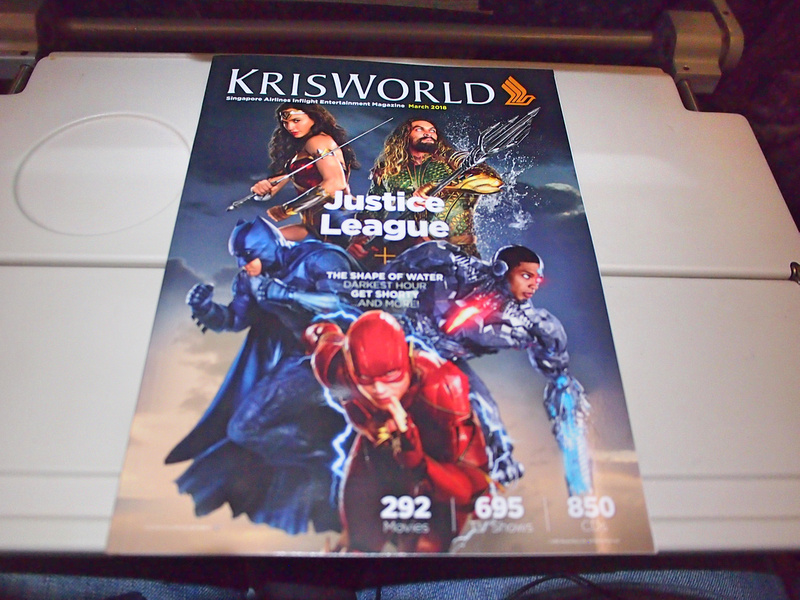 The flight arrived pretty much on time at the wonderful Changi Airport. Usually immigration is quick here. As this was a 6am flight with lots of long hauls arriving at once it took about half an hour to get my passport stamped. 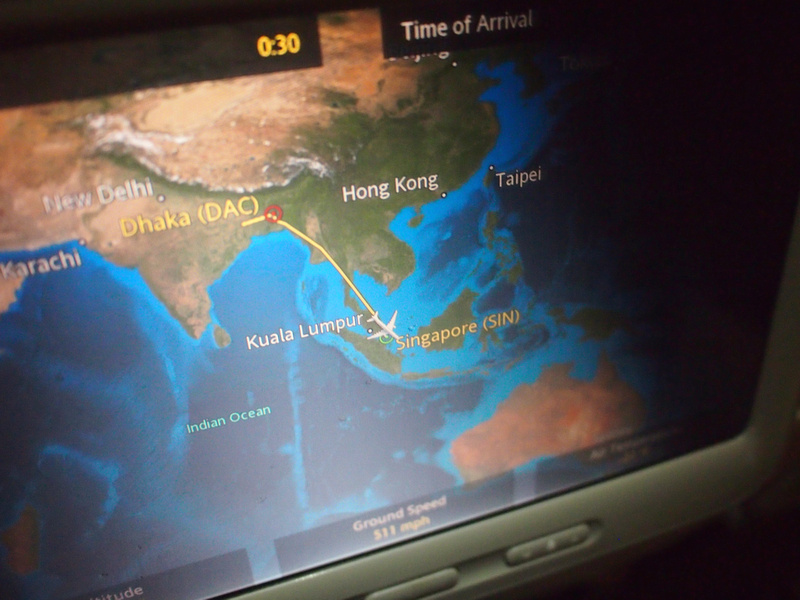 Overall this was another good flight with Singapore Airlines.