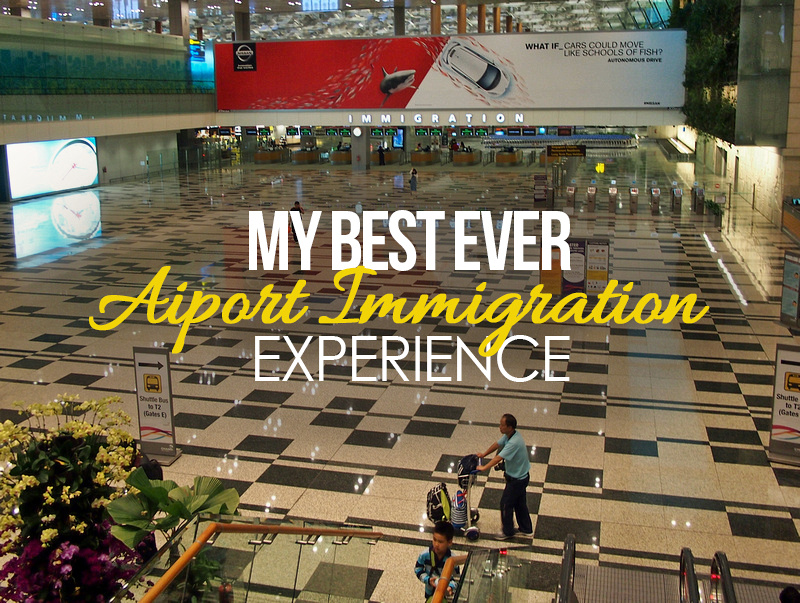 There are so many stories online of horror airport immigration experiences that you could start a Tumblr and never run out material (http://shittyairportexperiences.tumblr.com/ is free if you want to be the person to start that Tumblr). In my years of international travel I’ve had some memorably bad border control experiences (some of which were my own fault) which I could add to said Tumblr.

Most of the time though immigration experiences are uneventful. You are usually greeted with an officer looking to assert their authority on the situation and only the most sober yes/no answers will do. Fair enough I suppose. They must encounter an untold amount of people who think they are comedians or don’t answer the questions correctly. I’m usually just happy to have my passport stamped as quickly as possible and with little fuss, and be on my way.

That is how I expect an immigration officer to be, which is why I was slightly unnerved (in a good way) with last airport immigration experience Singapore Changi.

Upon arrival I did what I usually do and walked briskly to immigration to try and beat the crowds. This time I thought I must have walked a little too briskly as I arrived at the immigration hall to an empty space (see above photo). It was a ghost town, and I was wondering if I was in the right hall. I’ve waited up to an hour at Singapore on previous occasions so I felt like I might have walked to the wrong place.

I picked a counter and was greeted by a man with a broad smile and bright eyes. He said hello and asked how I was. There was a tray of Singapore Changi branded sweets in front of him and he offered me one. I took one – not wanting to turn down the offer – and figured I should wait until business is done before eating it. At this point I was still not believing what was happening and I thought this might have been a trap. Perhaps every seventh sweet was a chewing gum, and a siren would go off and I would be detained and then deported. Yes, these are the things I think of while going through customs and immigration.

We engaged in some delightful small talk regarding my travels to Sri Lanka, and I waxed on about how I enjoy my stopover visits to Singapore (which I do). He thoughtfully found a spare space at the front of my passport instead of stamping a new page. Then – get this – he handed back my passport with both hands, like someone handing you a Chinese New Year card filled with cash.

After getting my passport there was a customer satisfaction survey to rank your experience with the immigration officer, with 😀 being excellent and 🙁 being very poor. I of course gave him a 😀 .

He was easily the friendliest immigration office I’ve ever encountered. Perhaps he was a few 😀 ratings short of the monthly bonus and was going over the top to earn them. Perhaps he, too, was happy that there was no queue. Or perhaps he is always such a nice guy. Whatever the case, I left feeling wonderful for being back in Singapore and being welcomed like an honoured guest.

Singapore was already my favourite airport (and a great airport to overnight at), so this little experience has cemented its place for another year as my top rated airport.