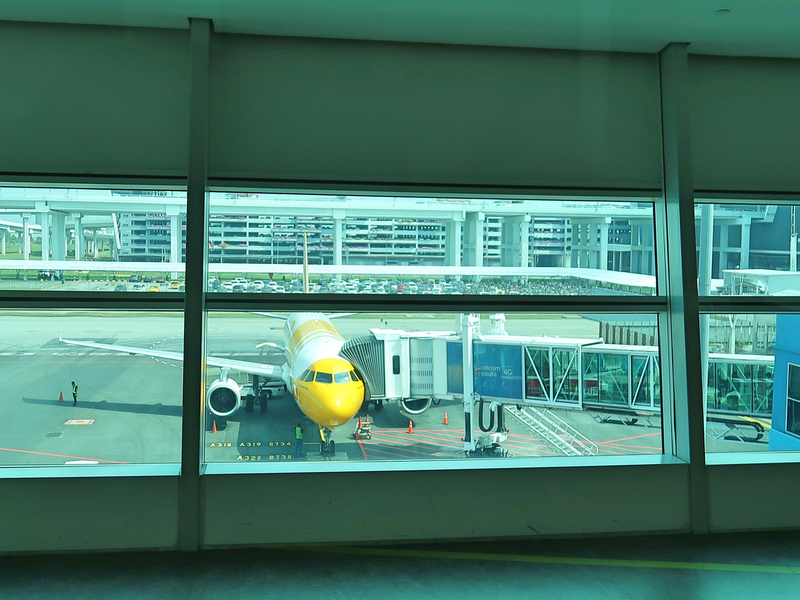 I flew with Scoot from Kuala Lumpur to Singapore. There are numerous options the choose from between these two cities so I compared flights with Skyscanner to find an appropriate time. In the end I went with Scoot for the price and time of day.

It feels weird to have to fly between KL and Singapore as the cities are so close together. I’ve flown from Singapore to KL and the short flight is a reminder of how close the two cities are.

Earlier this month it was revealed that once again that Kuala Lumpur – Singapore was the most trafficked international airline route in the world. At just 315 kilometres apart and so much traffic going between the cities, this is an ideal route for a high-speed rail link. A high-speed railway between KL and Singapore is being planned and nearly began construction. It was then postponed in 2018 when the new Malaysian government wanted to investigate the high cost.

You can currently take the regular train to Singapore, but it takes all day using three trains and metro to get there. I didn’t have that luxury of time.

I have flown Scoot before from Melbourne to Singapore and from Singapore to Ho Chi Minh City so I was familiar with their service. 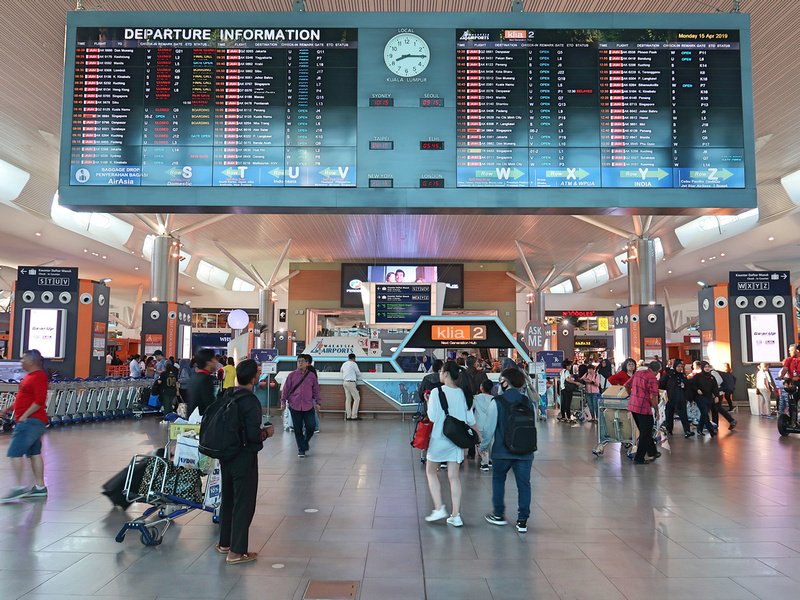 The check-in was open 2.5 hours before the flight. I didn’t check in online, but it wouldn’t have mattered anyway as there was no separate bag drop queue. I saw a passenger enquire about this, and he was disappointed to find out he still had to queue. Scoot has a bag drop service at their home base airport of Singapore, but it may vary in other cities. 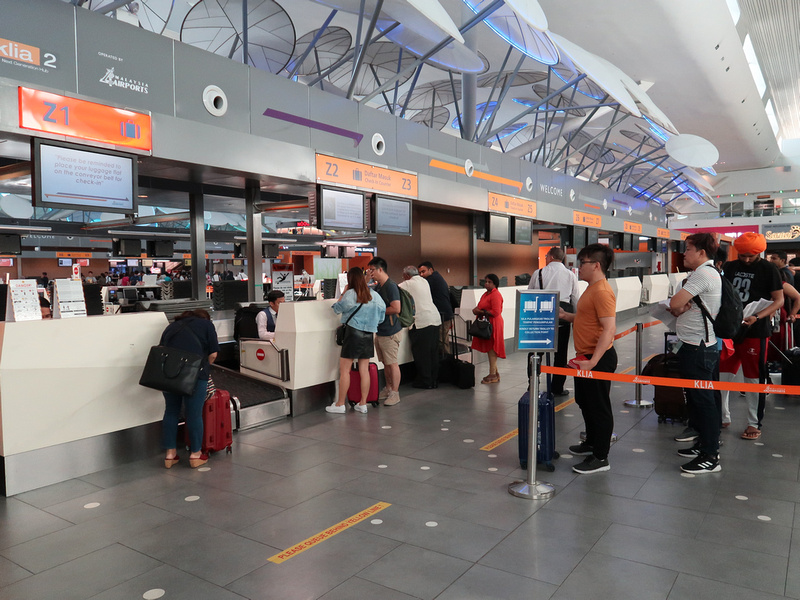 When I first visited KLIA2 I was impressed with it as I was comparing it to the old budget terminal it replaced. Now that the new terminal has been open a few years I see how cramped it is in some places. Here at Gate L it just feels like sitting in a hallway, and there is no view of the aircraft. At least having some big windows would make the small space look bigger. Flight TR453 departs at 11:35 and arrives in Singapore at 12:50, for a scheduled flying time of 1H, 15M. Actual flying time today was 35 minutes, which is a 40-minute difference from the scheduled time. Airlines bake in these longer times so they can allow for delays. Fortunately today the flight was running mostly on time. 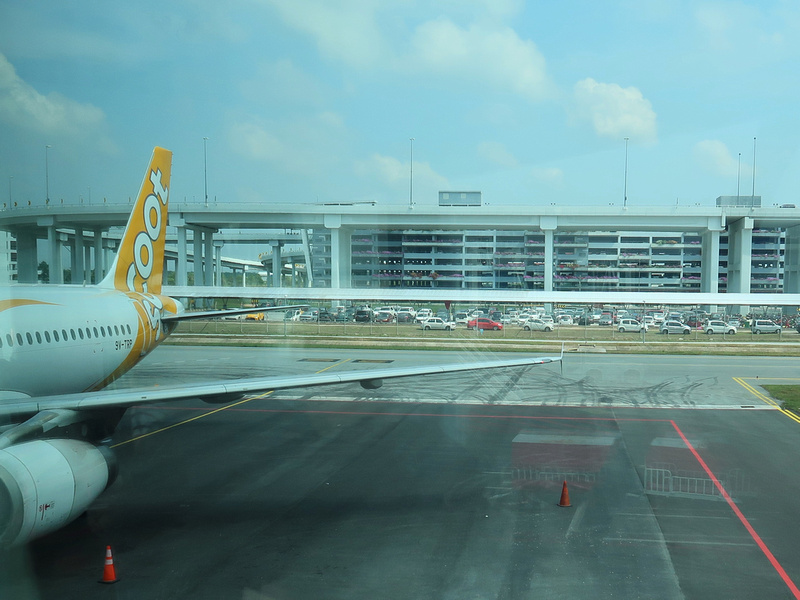 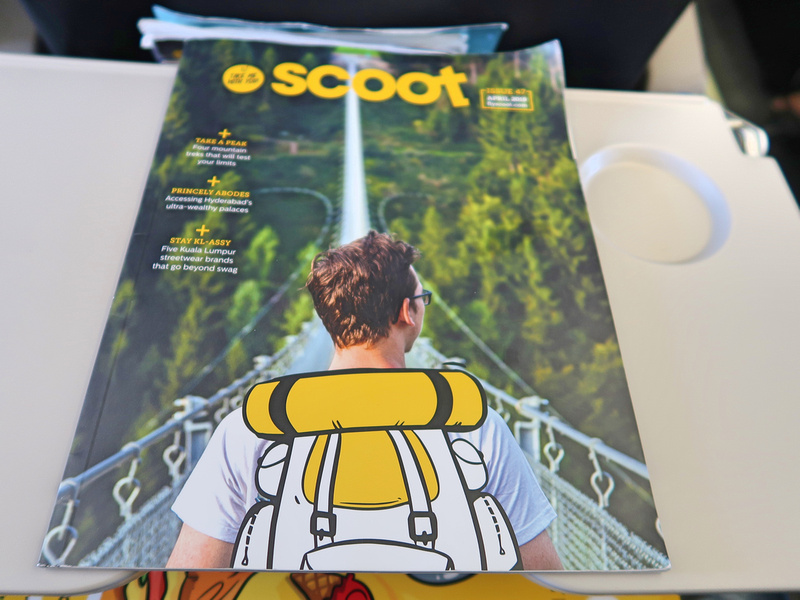 Checking out the map of how close KL and Singapore are. 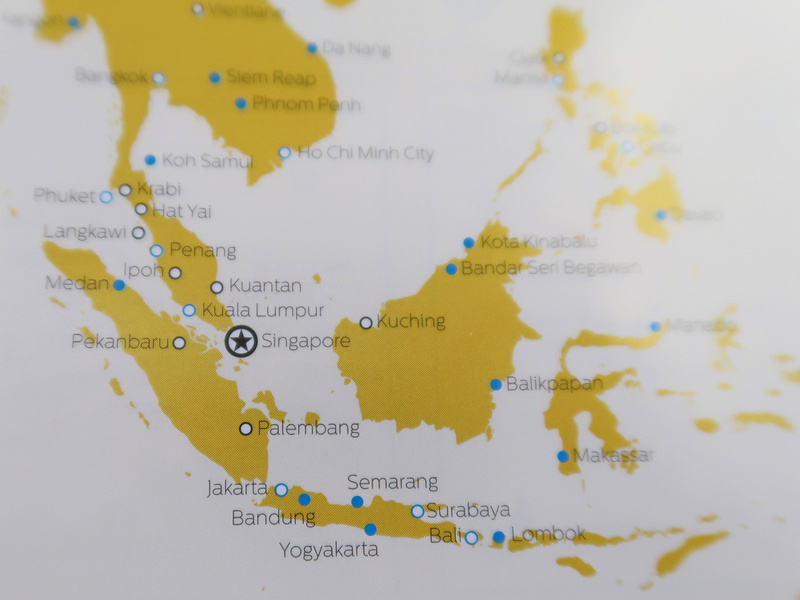 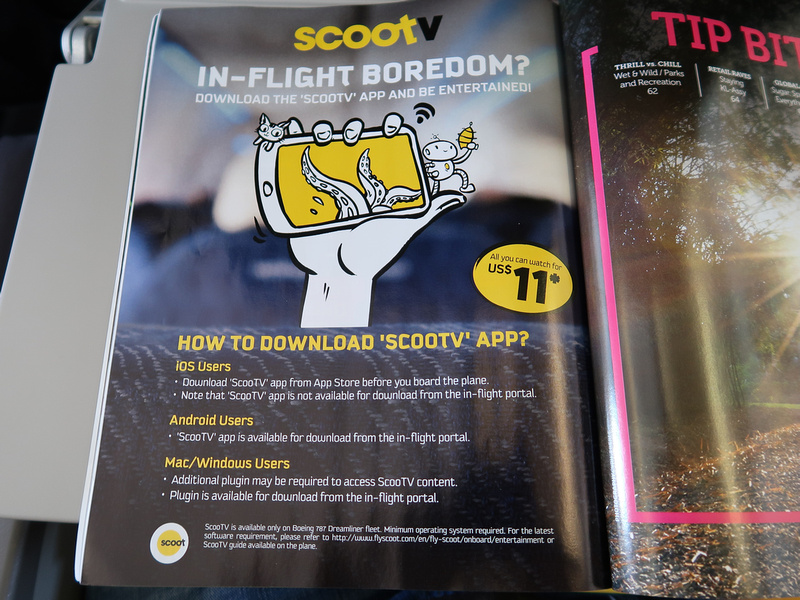 There is also inflight wifi available to buy. 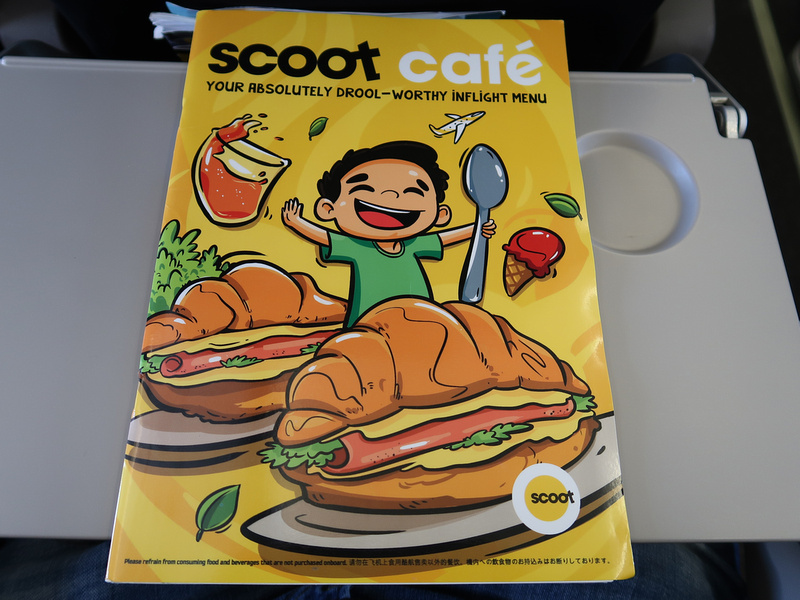 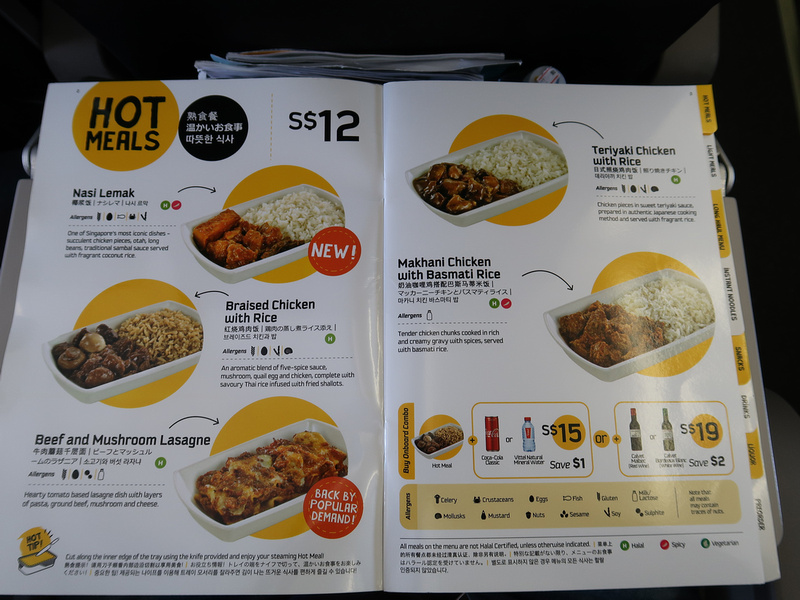 And a reminder that Singapore is more expensive than anywhere else in Southeast Asia, a beer is $8 SGD ($5.87 USD). I’m glad I don’t drink! 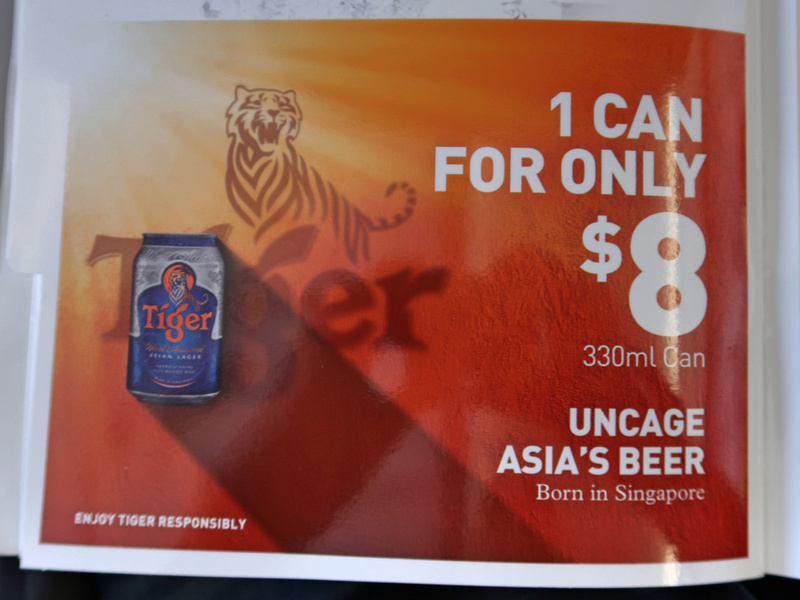 And you won’t have time to drink anyway, as no sooner has the aircraft reached altitude, it’s time to descend. Singapore immigration forms are handed out before landing. 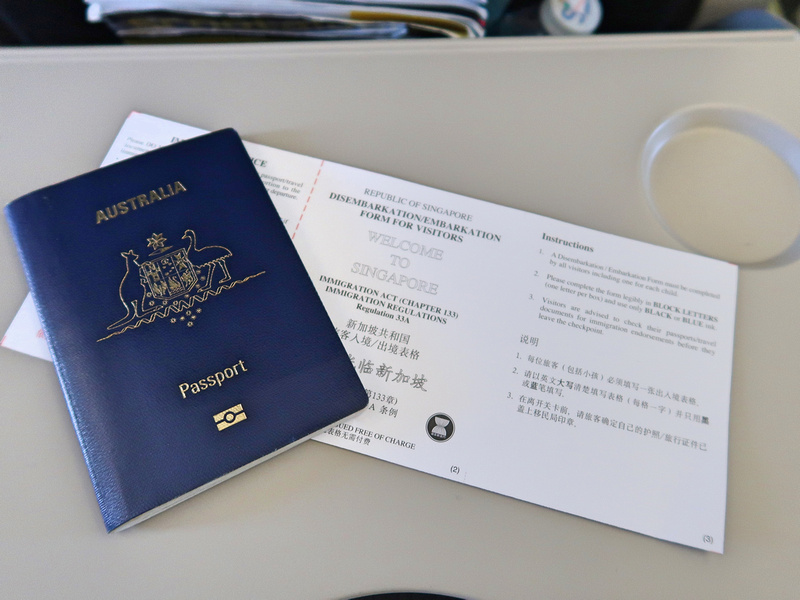 we arrived on time, and after another smooth immigration procedure at Changi Airport my bag was already at the carousel. 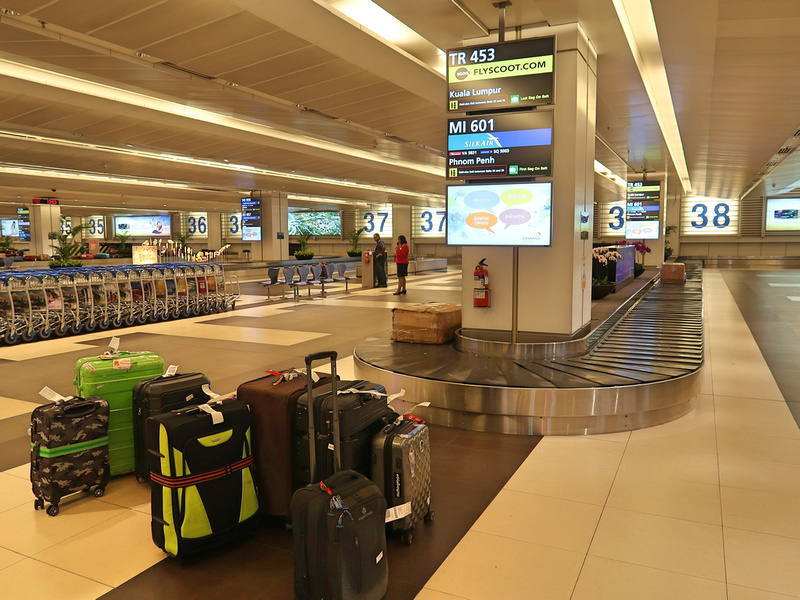