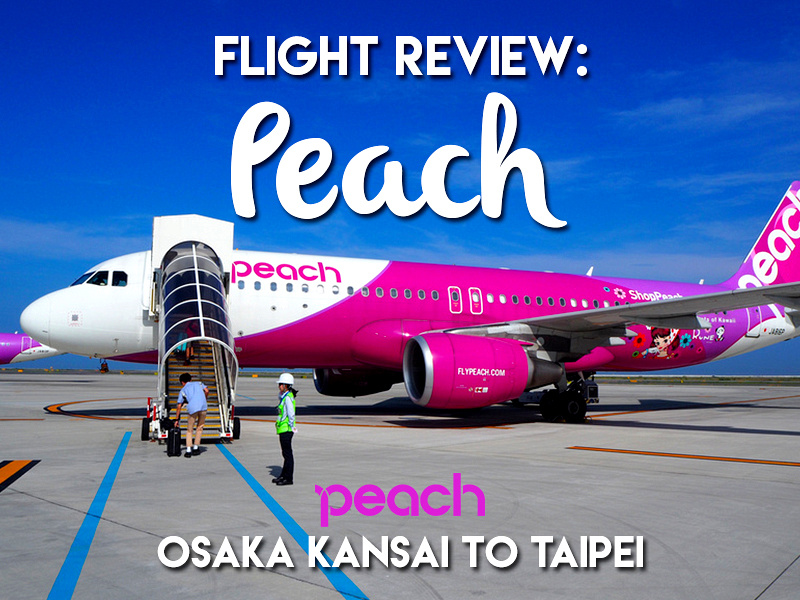 I flew with Peach from Osaka to Taipei. I compared flights with Kayak, and Peach worked out to be the best for price and time of day. I’ve never flown with Peach before either, so I was curious to try a new airline. Peach is a low-cost airline based in Japan, with its main hub at Kansai, and other hubs at Naha (Okinawa) and Narita (Tokyo).

During the booking process you can pick a seat, with premium seats costing extra.

Peach fly out of Terminal 2 at Kansai International Airport. KIX is a modern airport that was built on an artificial island in Osaka Bay. The airport cost a fortune to build, and the landing fees are among the world’s highest. Terminal 2 was built at the request of Peach, who wanted a simple terminal to reduce operating costs as per their low cost model.

If you are running on a tight schedule, then you need to allow for another 10-15 minutes to get to Terminal 2 once you arrive at the airport. Terminal 2 is not connected to the train station. Instead, you have to walk to the neighbouring hotel, and go downstairs to the carpark and wait for the transfer bus. 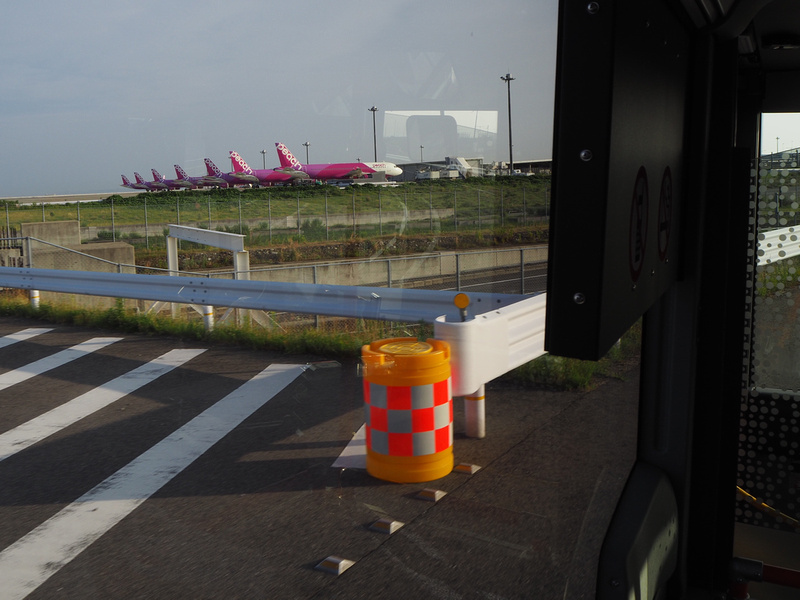 The terminal is reminiscent of the old Kuala Lumpur Low Cost Carrier Terminal (LCCT), which has since been replaced. 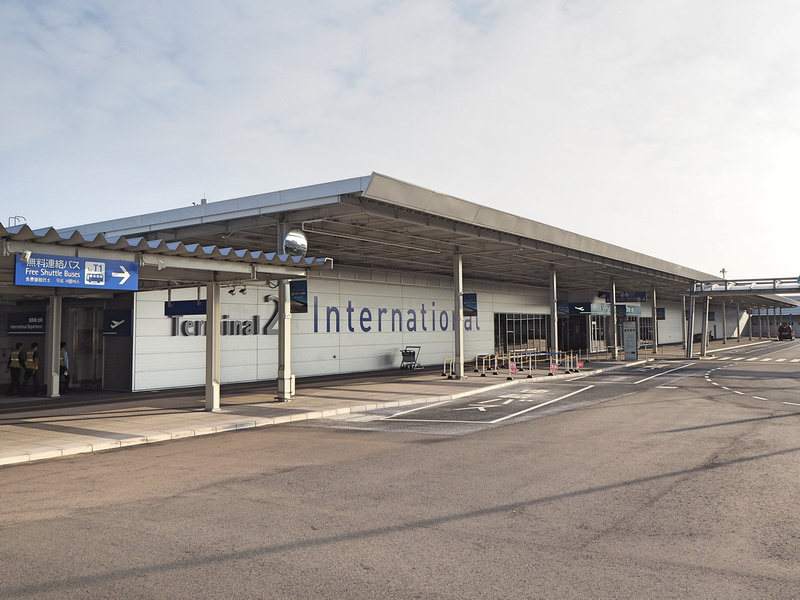 There are self-service check-in counters, and the line moved at a reasonable pace, but then you have to join another queue to check your bag. It seems like a waste of time when you have to queue twice, so the self service should be for carry-on only. 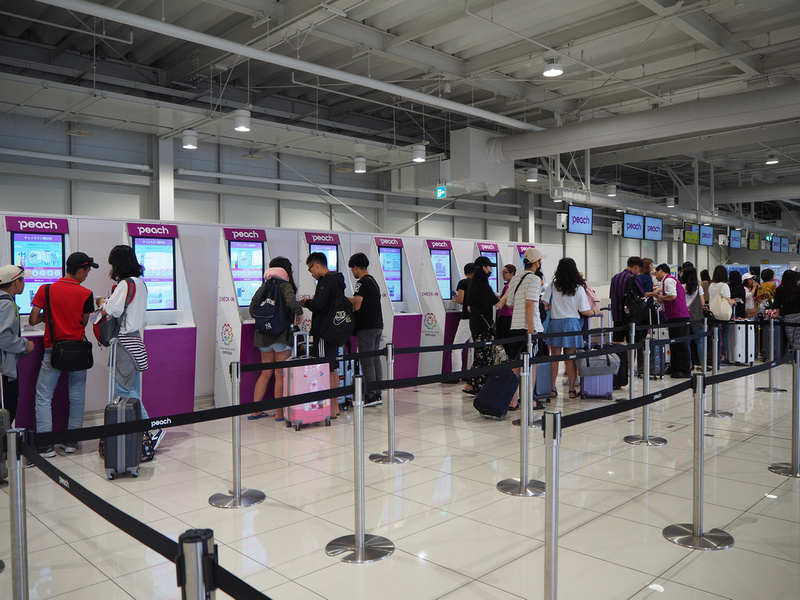 The departure lounge is very basic, just a giant tin shed and no windows to see the planes take off. There is a cafe and restaurant in the terminal, along with the usual duty-free shops. 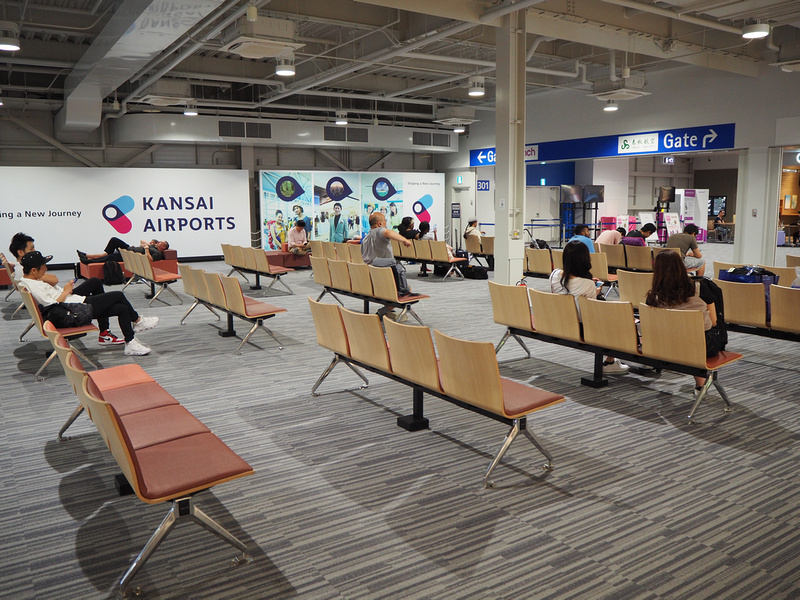 At least they have modern Japanese toilets. 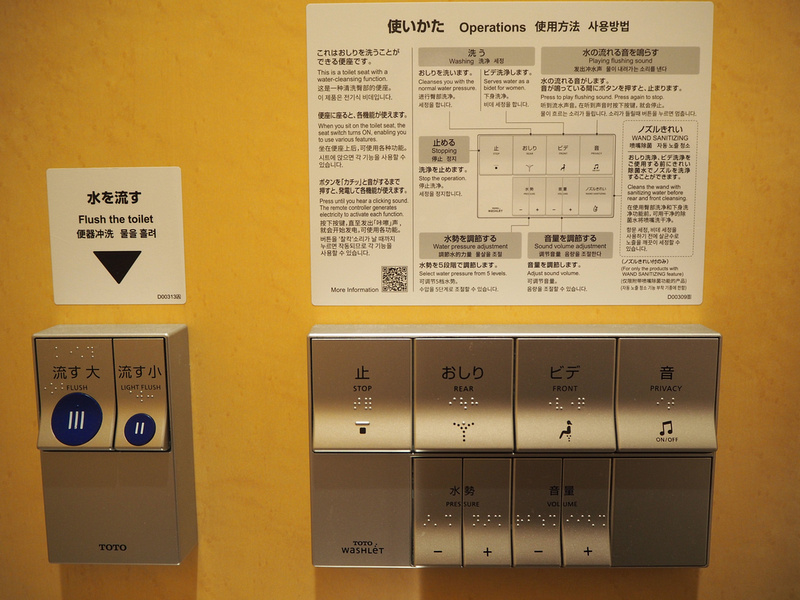 The terminal is used by Peach and Spring Airlines (a low cost airline from Shanghai). 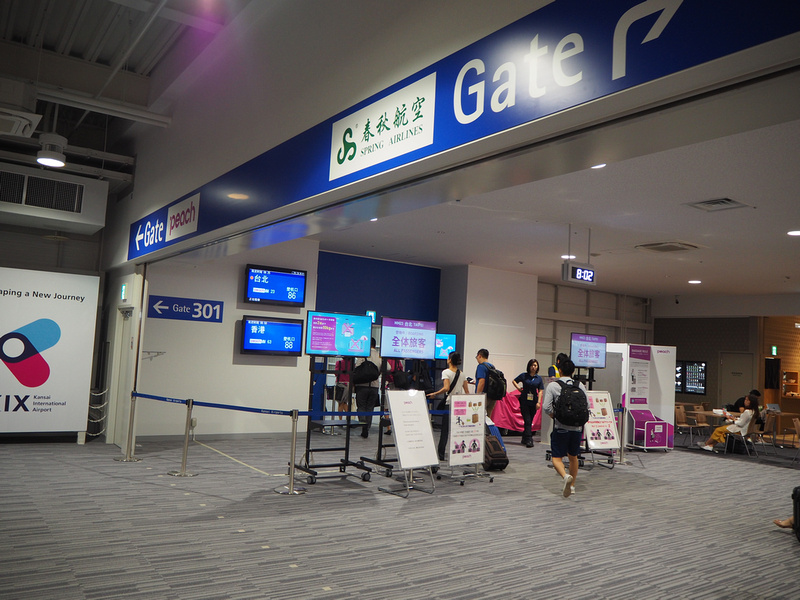 Keeping with the cost-saving theme, there are no airbridges at this terminal, and you walk to the plane. I prefer walking to the plane than getting in the bus, though that is easier said when it is a gloriously sunny day. It would be a pain if it was raining. 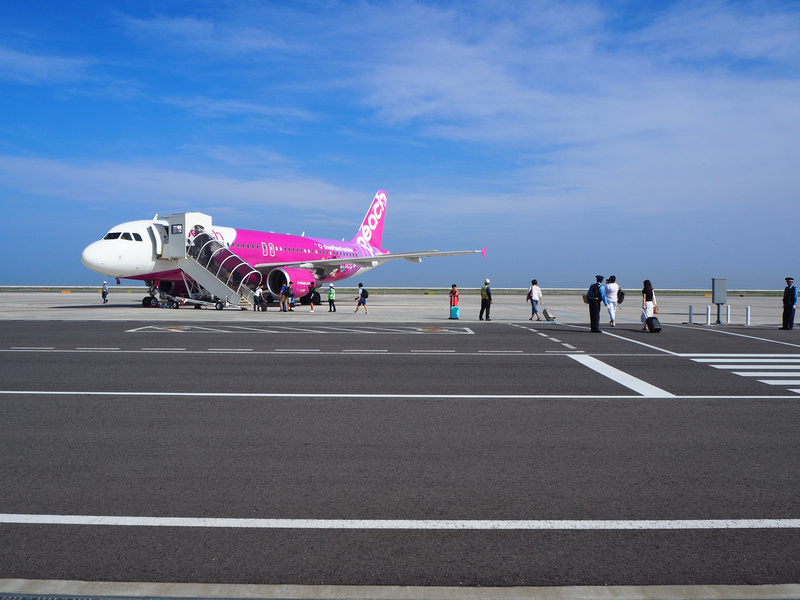 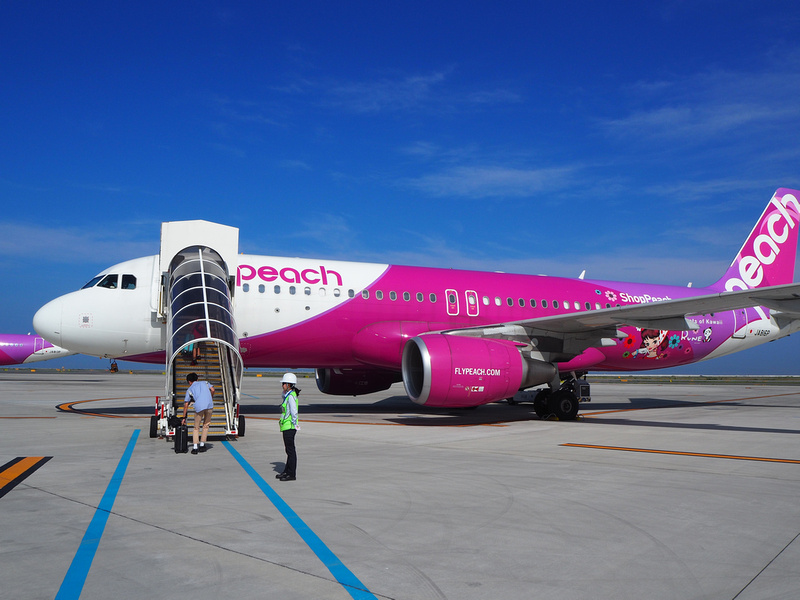 Onboard, there wasn’t an inflight magazine anywhere. Maybe because it was the first flight of the first day of the month, but I couldn’t find mention of a magazine online either.

They do provide a discount ticket magazine, which has discounts for train tickets in Japan. 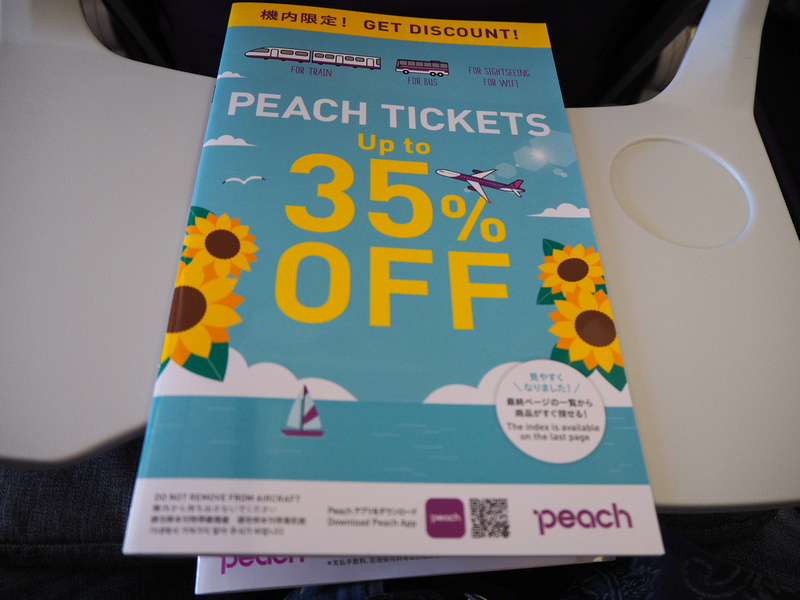 As a low cost airline there is no free meal service, so you either prebook a meal or buy onboard. 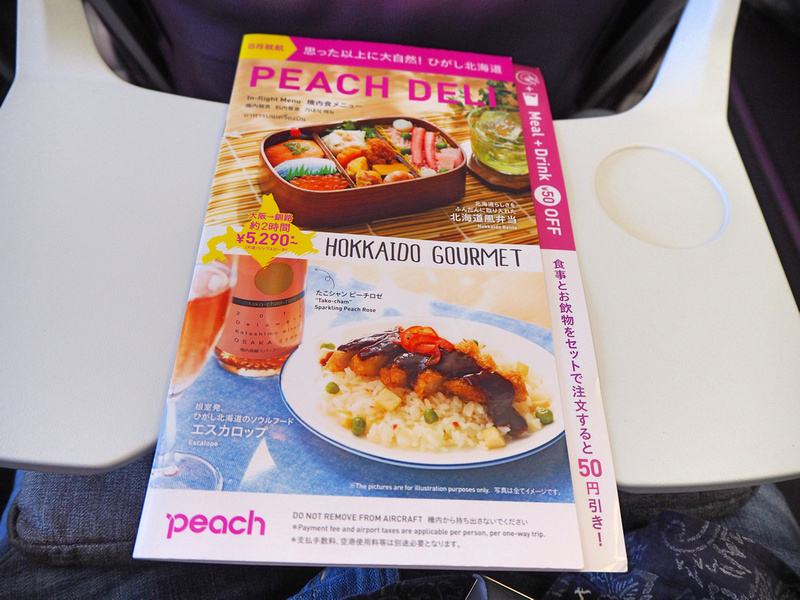 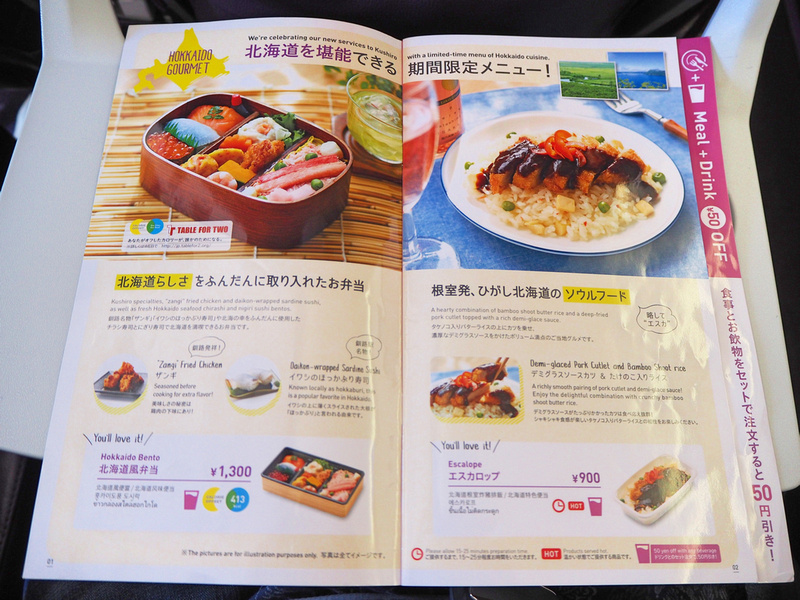 I didn’t have the money anyway so that saved me a decision. When I travel to a place for a short time I try to guestimate how much cash I will need for the trip so I am not left with unused cash when I leave. I the end I had 165 JPY in my pocket, so I was cruelly 35 JPY (30c USD) short of a coffee. 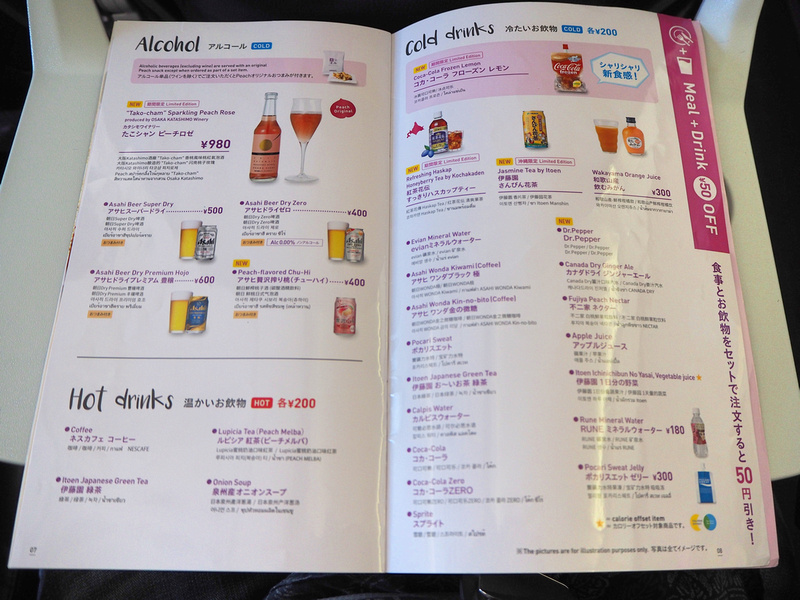 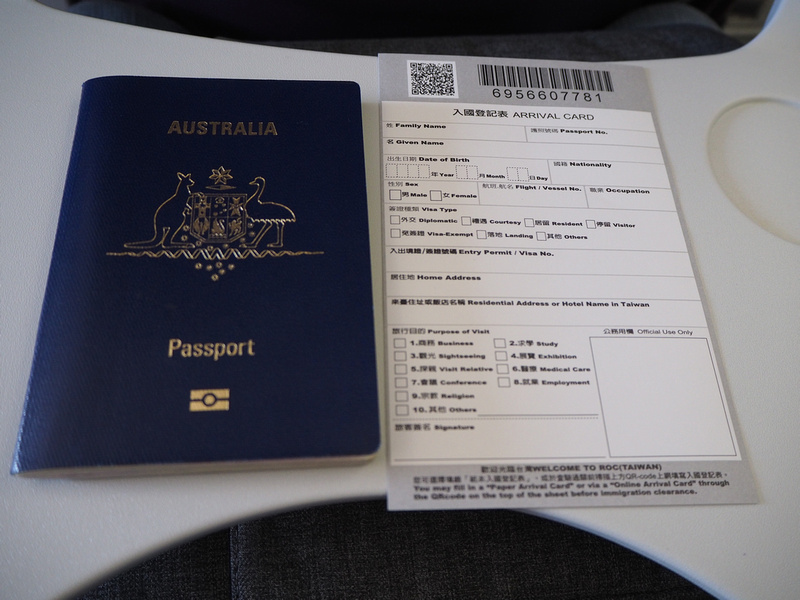 The flight arrived on schedule at Taiwan Taoyuan International Airport. 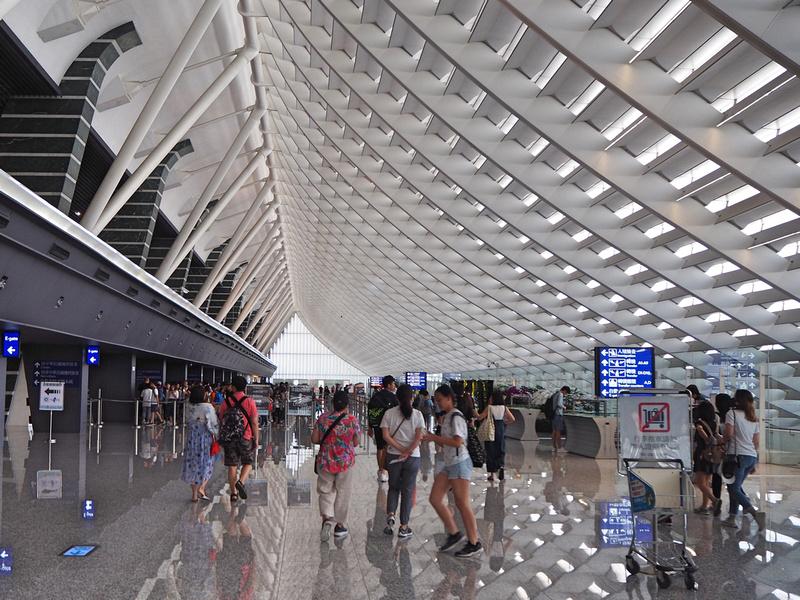 Overall this was a good flight option from Osaka to Taipei and I would consider flying Peach again for future flights in and around Japan.