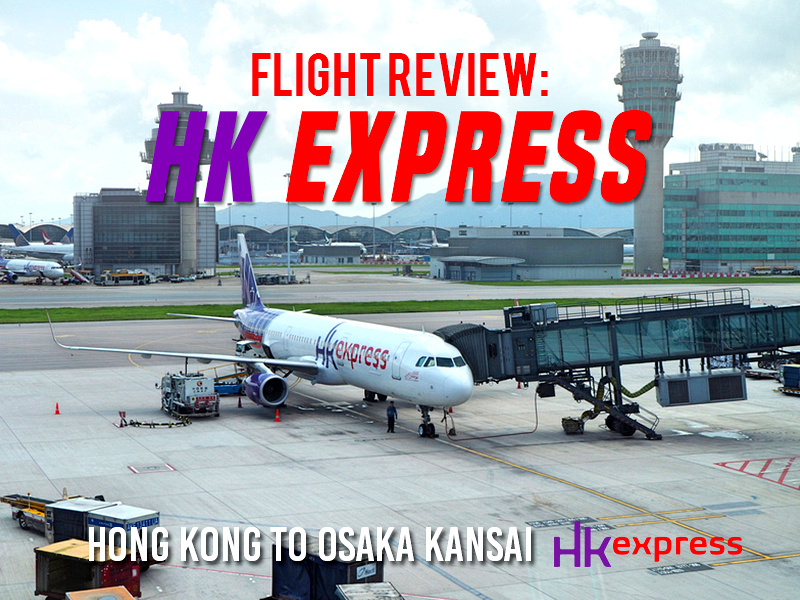 I flew with HK Express from Hong Kong to Osaka Kansai. HK Express is a Hong Kong-based low-cost airline operating with Airbus A320 aircraft from their Hong Kong Airport base. They mostly fly to destinations in East Asia and selected Southeast Asia destinations. They fly from Nha Trang and Da Nang, so I have been keeping an eye on ticket sales while I am based in Vietnam.

There are several airlines flying between Hong Kong and Osaka, so I compared flights with Kayak and HK Express was the best option for the combination of price and time of day. The total price was 918 HKD ($117 USD) which included a checked bag.

As a low cost airline there is a base fare with additions offered during the booking process. I almost always check a bag so that was extra, and you can also pre-order food before flying. 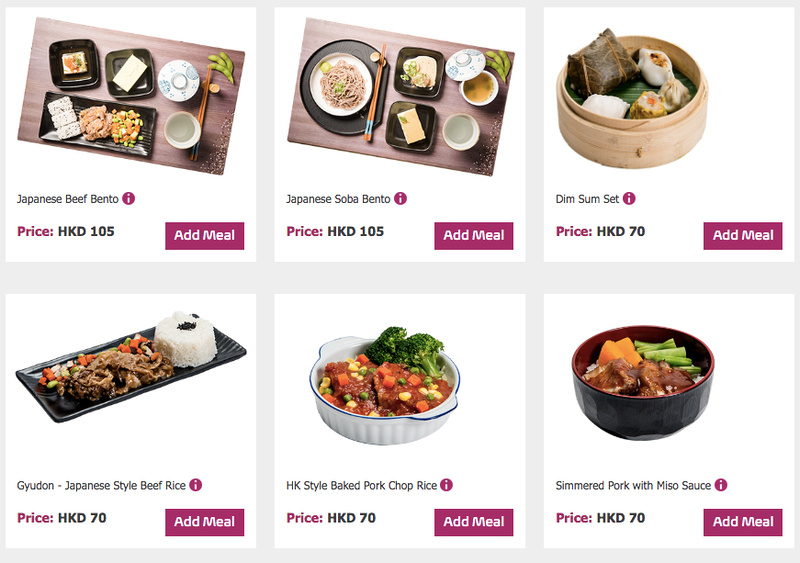 I checked in online, though the queue was about the same for airport checking in. 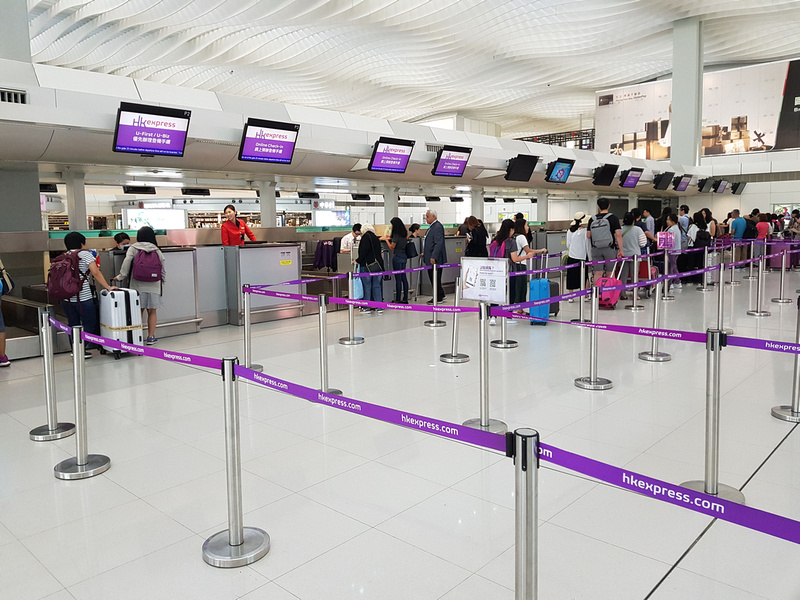 For frequent flyers it might be worth getting the app to check in. I also joined the frequent flyer program, U-FLY Alliance. This program includes low cost airlines HK Express, Lucky Air, Urumqi Air, West Air, and Eastar Jet. Who knows when I will ever use these airlines, but I always sign up just incase my life ends up spending more time in this part of the world. 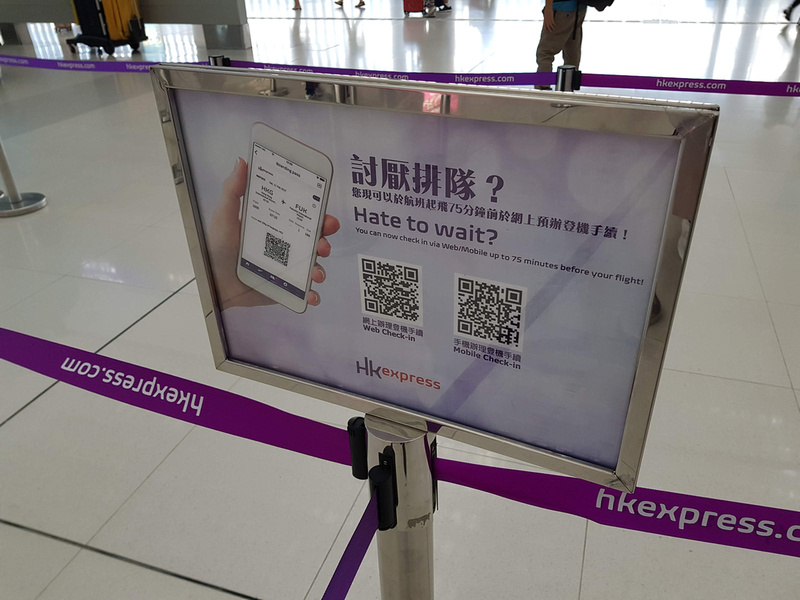 My flight was the week before the 20th anniversary of the opening of Hong Kong International Airport. I have to say that the airport is ageing well, and I still think it’s the most beautiful airport in the world (Singapore is best overall for facilities and usability). 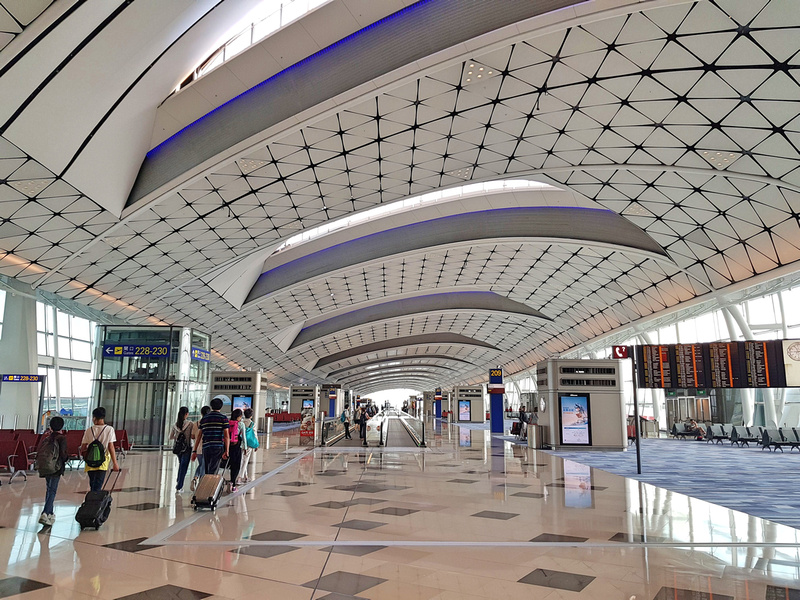 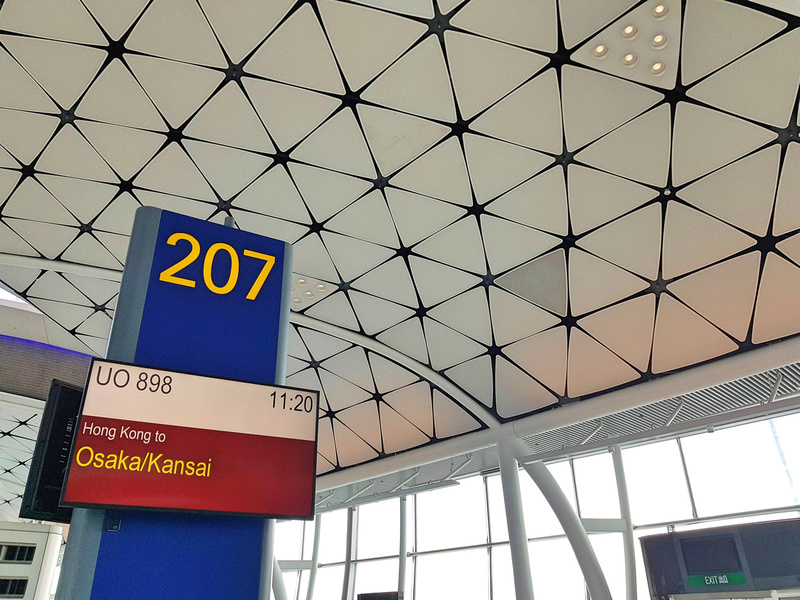 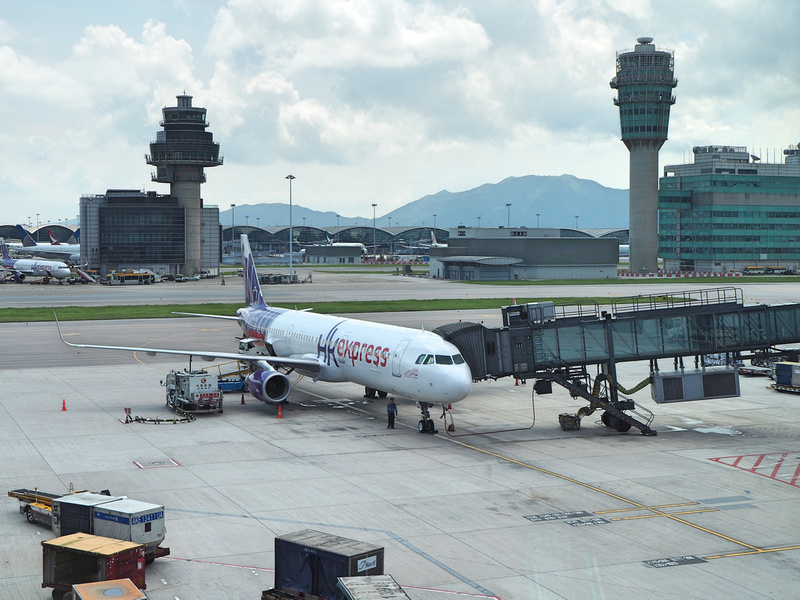 The seats are of the modern space-saving variety, and they were comfortable to sit in. 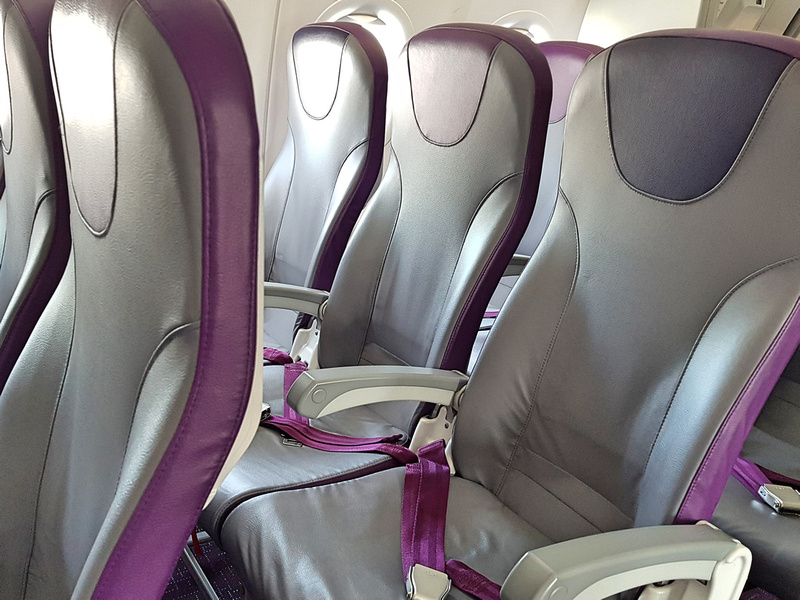 Not a huge amount of leg room, but at least my knees aren’t touching the forward seat. 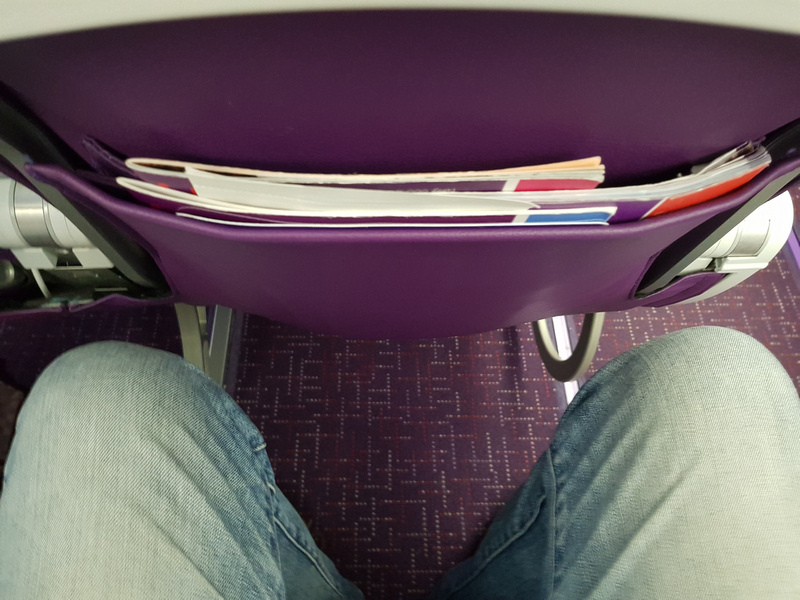 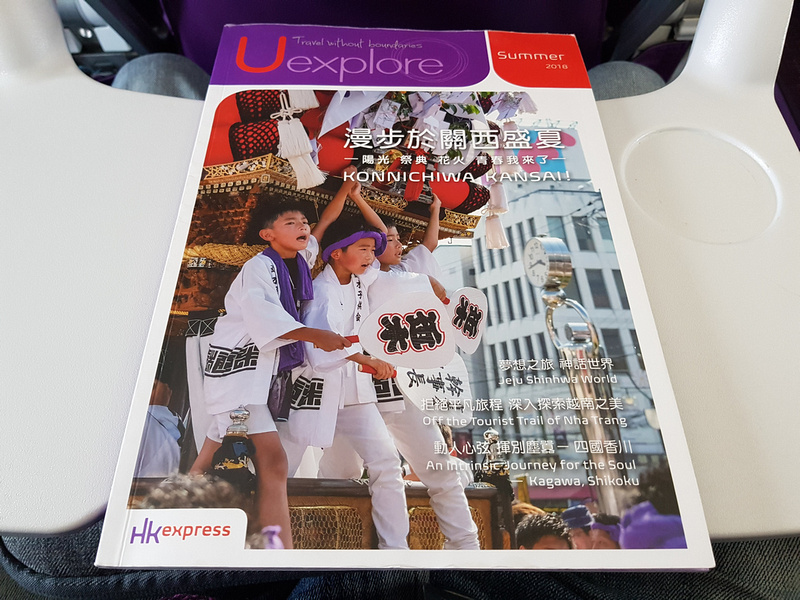 The route map of HK Express. I prefer it when they draw the lines between each airport, but if they are all going to one airport then it doesn’t matter so much.

Outside of East and Southeast Asia they also fly to Saipan in the Northern Mariana Islands (***makes note to myself to check airfare deals to Saipan***). 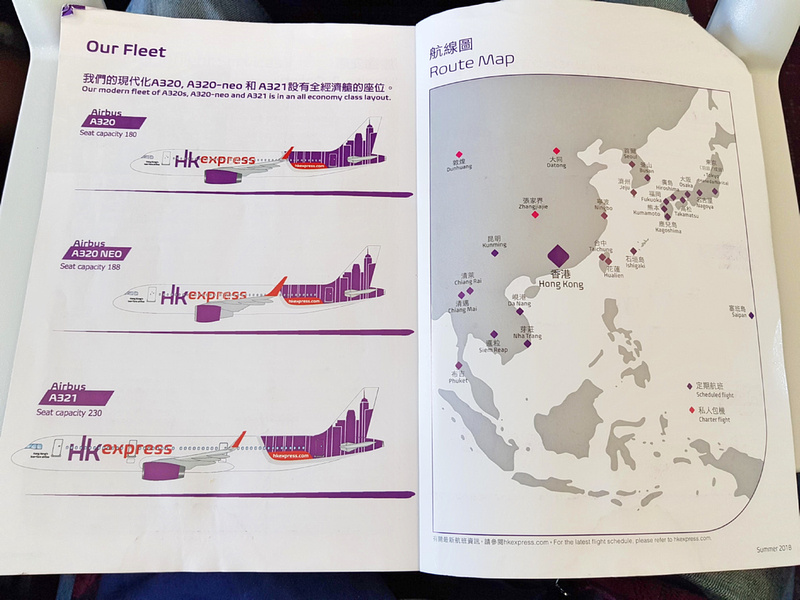 If you didn’t order food online you can check out the Utaste inflight menu. 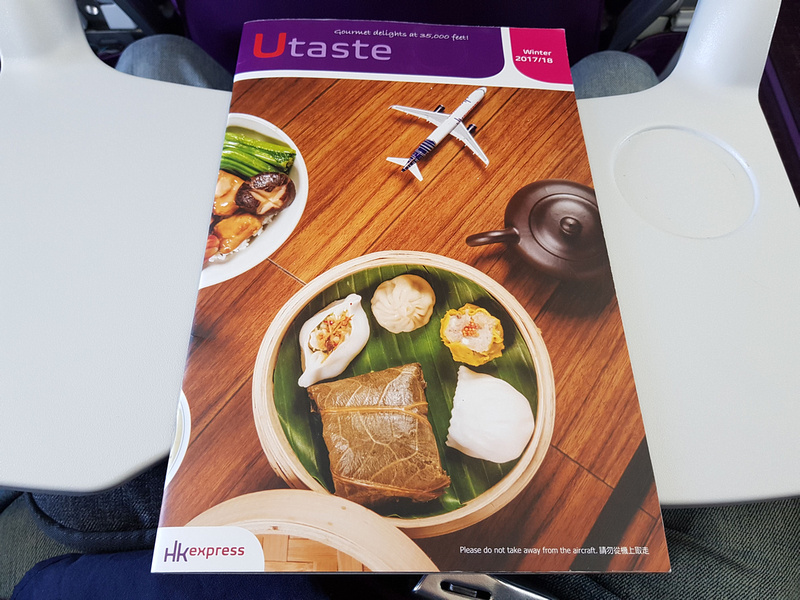 When I think of airplane food I would not think that Dim Sum could be a possible meal. I almost ordered it out of curiousity. 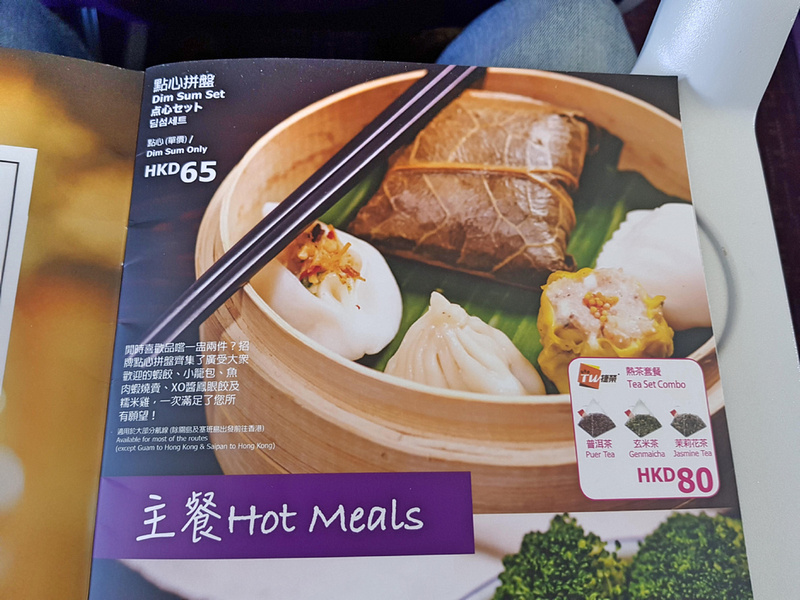 The other meals looked good as well, or at least were presented that way. 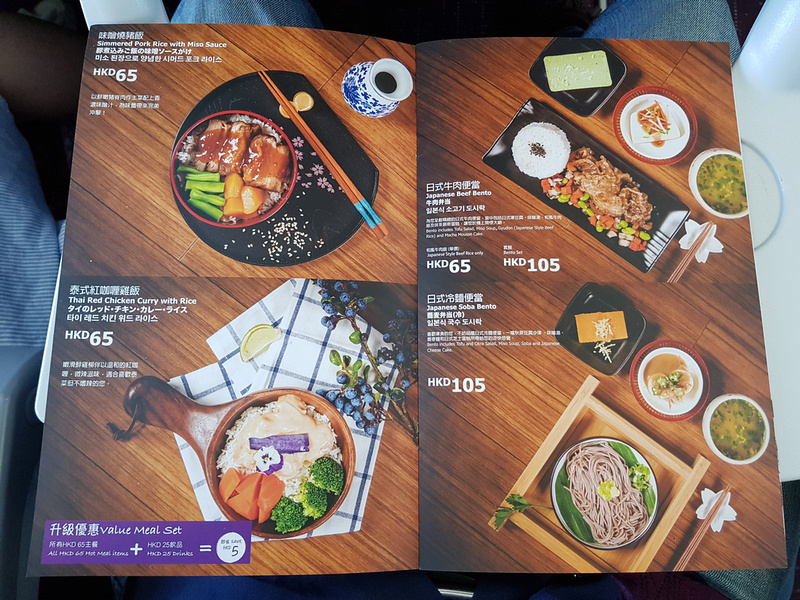 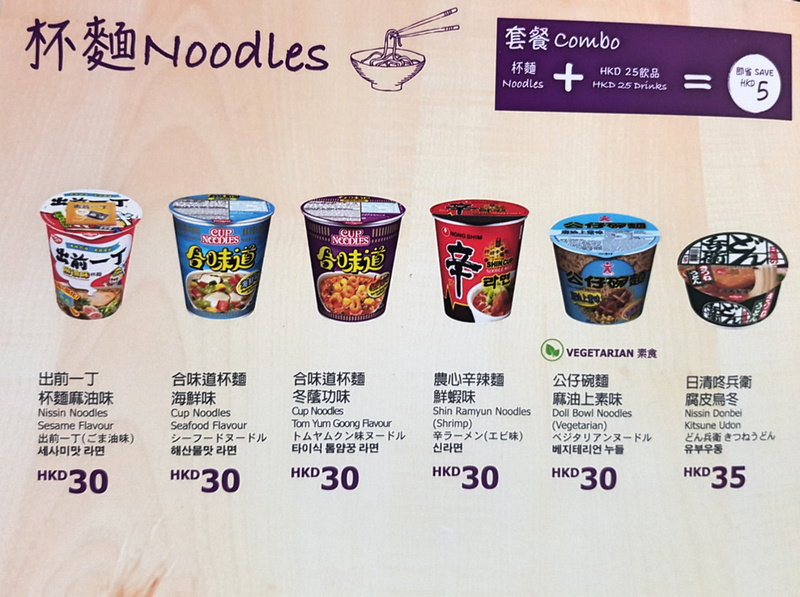 With three and a half hours of flying ahead of me I went for the pot noodles. 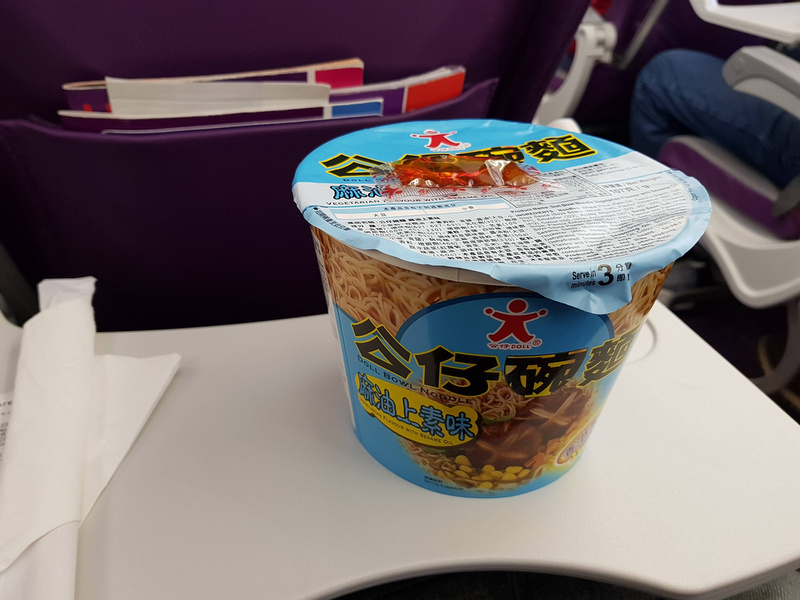 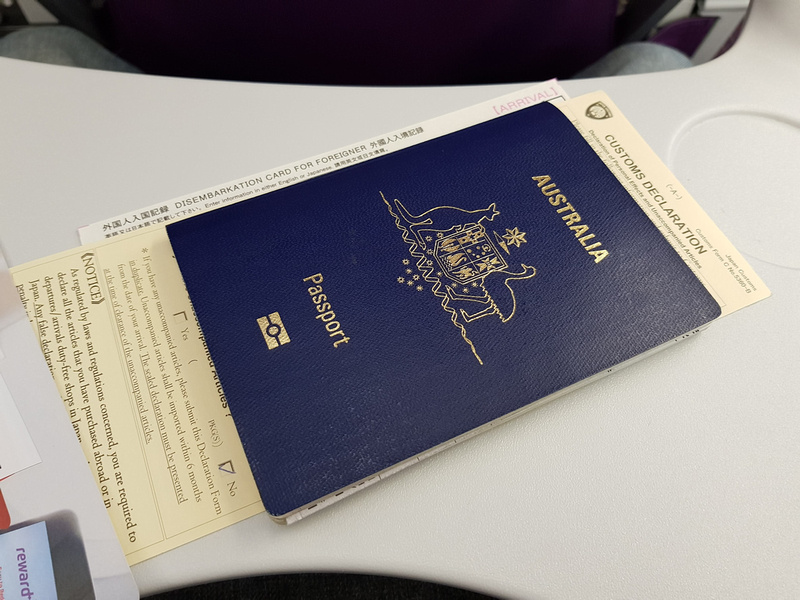 The flight arrived at KIX 10 minutes ahead of schedule. 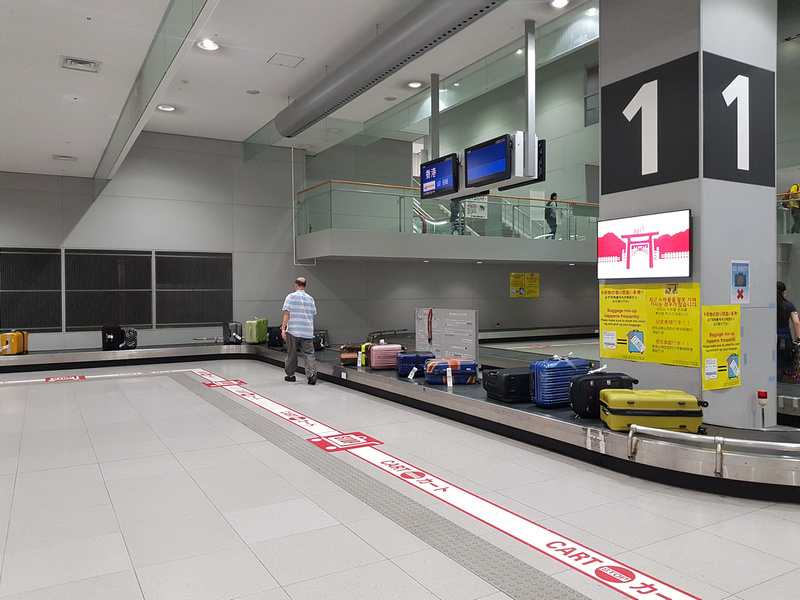 Overall this was a good flight option to Osaka. I have subscribed to the HK Express newsletter to look out for future flight offers. 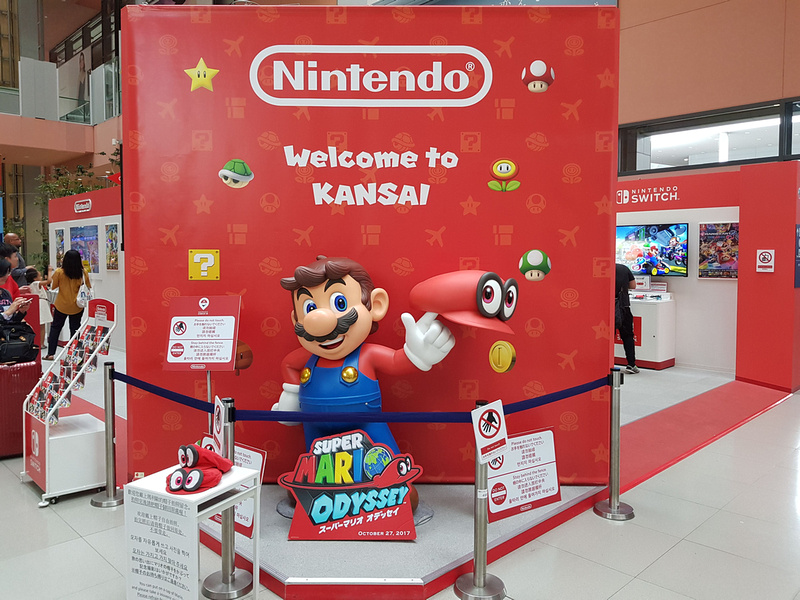