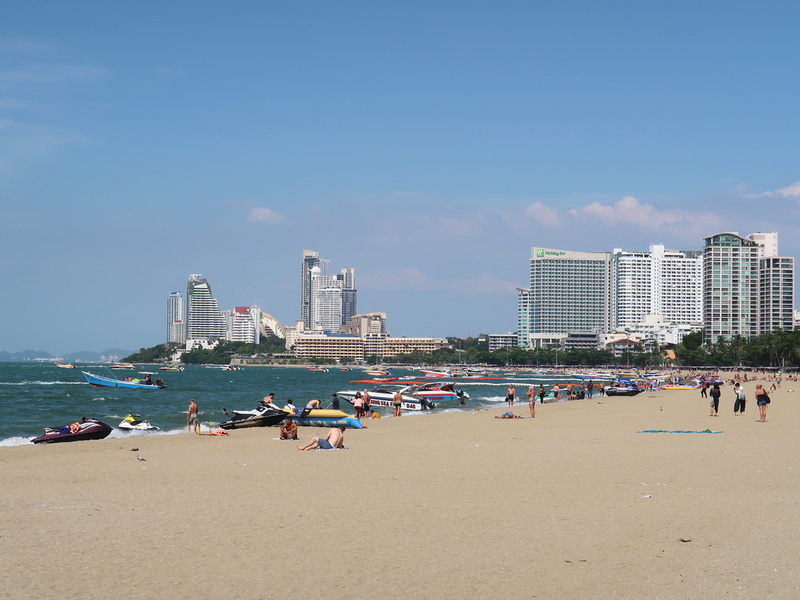 I’m usually immune to click-bait listicles, especially when they just arbitrarily rank cities. One list that I will always stop to read though is Mastercard’s Global Destination Cities Index. For the 2018 list Bangkok was number one again, which was not a surprise. What was a surprise was to see Pattaya checking in at #18. A lot of that would be spillover from Bangkok, as Pattaya acts as a de facto beach suburb of Bangkok. Pattaya is the easiest beach to get to from Bangkok. Even so, the high ranking made me curious enough to warrant a revisit.

I’ve been meaning to go back to do a Future Pattaya real estate report. There’s also a big railway project about to be confirmed connecting Pattaya to the airports of Bangkok (covered in my future Southeast Asia rail report). With a few days to spare while I was in Bangkok I booked a trip. 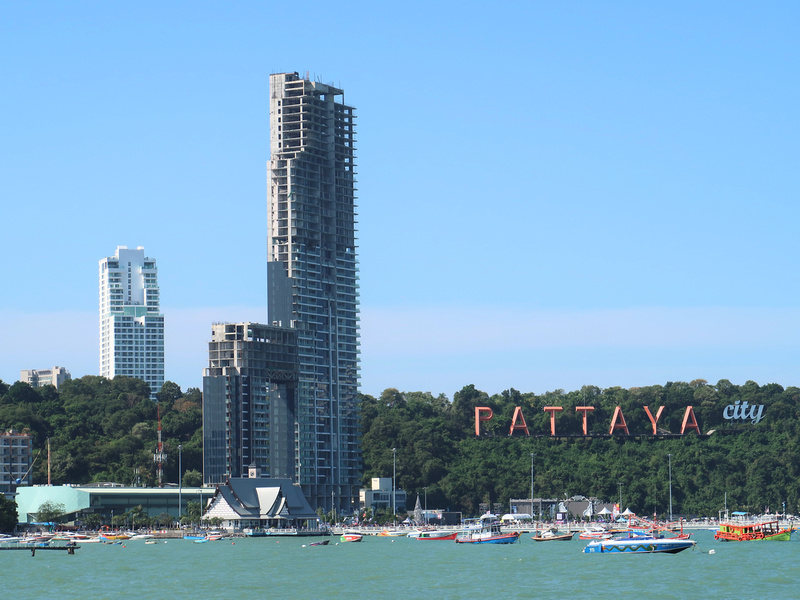 Pattaya has a reputation that precedes itself, and going there by myself as a middle-aged dude certainly raised a few eyebrows and some nudge-nudge wink-winks. If you want to see foreigners behaving badly, then Pattaya is your place. I’m just grateful that I didn’t have my act together to get a passport in my younger days, otherwise I too may have been one of those foreigners behaving badly. 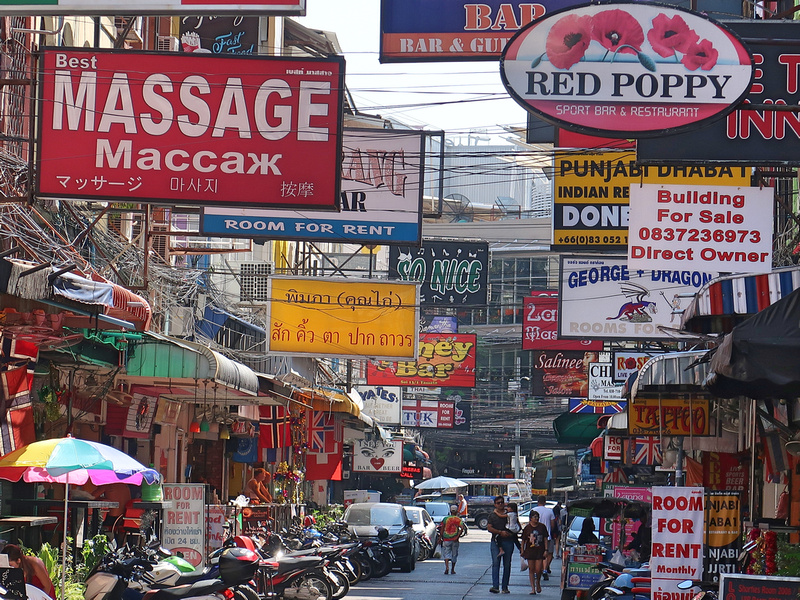 The city is trying to break away from its reputation of being the “sex capital of the world” by marketing itself as a family destination. When I was in Chiang Mai I went to a movie, and one of the pre-movie commercials was for a family resort in Pattaya, so maybe it’s working.

I first went to Pattaya during an east coast trip to Ko Samet and Ko Chang. What I remember the most was how crap the beach was. It turns out that the beach has been losing sand for years, shrinking from 35 metres wide to a few metres. On this most recent visit some of the beach was closed for “Nourishment”. 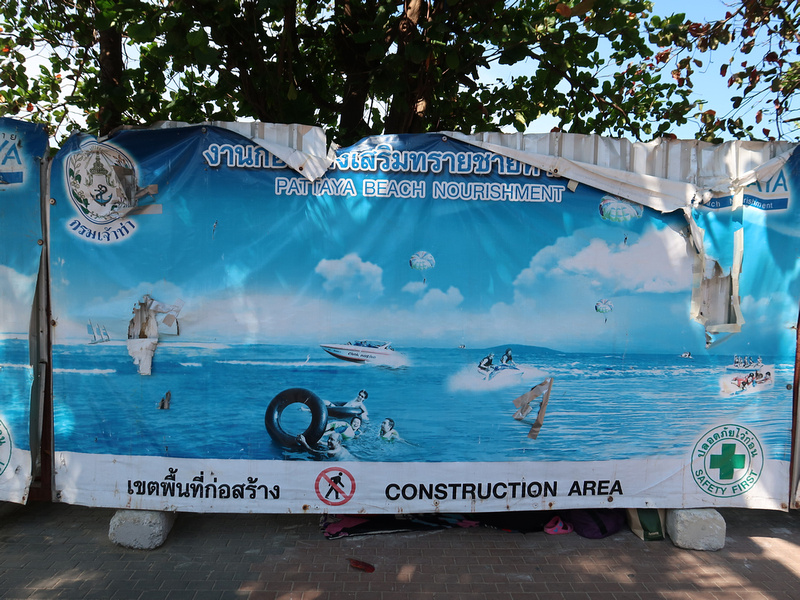 At first that seemed like a poor translation, but then it’s actually quite a good word as the beach is truly under-nourished and suffering from malnutrition. There was a sand dredge in the bay pumping sand back to the beach, so parts of the beach were a mess while I was there. 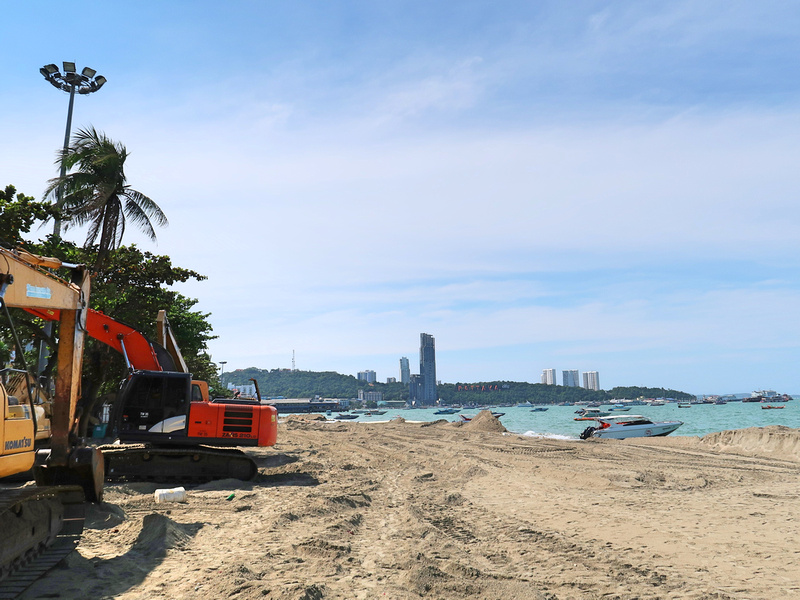 At one end of the beach there was a small section left of how I remembered the beach to be, where there is hardly enough room to unfold a banana lounge. 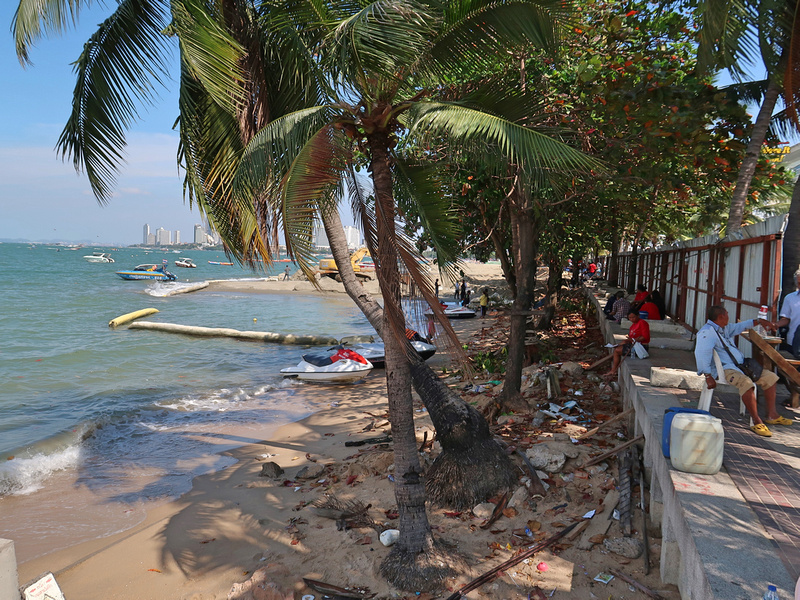 At the other end where the beach has been “renourished” it’s looking like a much healthier beach.

I preferred walking on the beach walkway anyway, which is broad and has plenty of trees along the way. 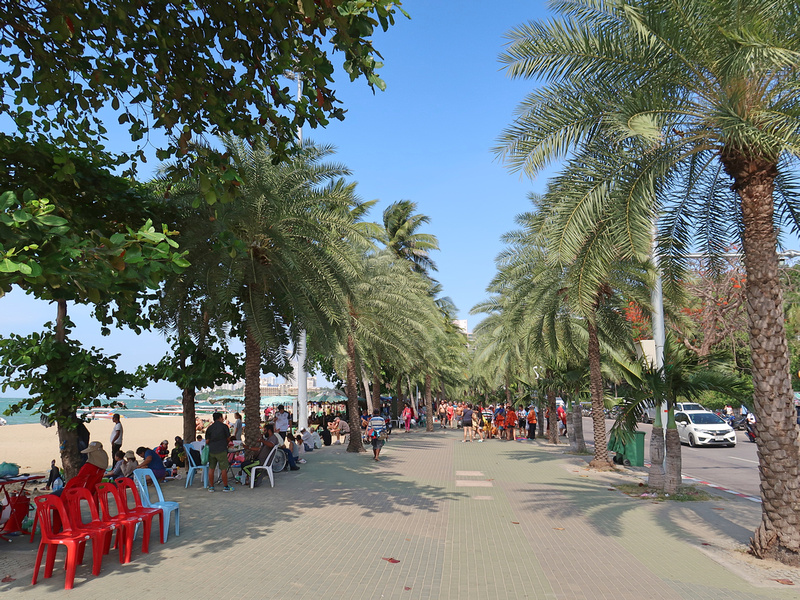 After being based in Saigon for so long it was a novelty to visit a place that enforces a ban of motorbikes on footpaths. 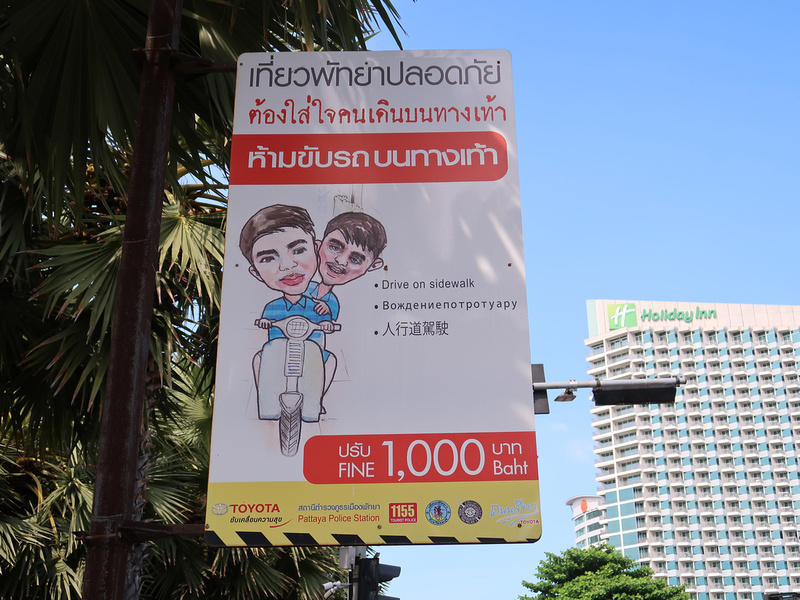 I visited the infamous Walking Street, where you can find all the girlie bars. I was there in the day time, so it has a different vibe when most of the bars are shut. 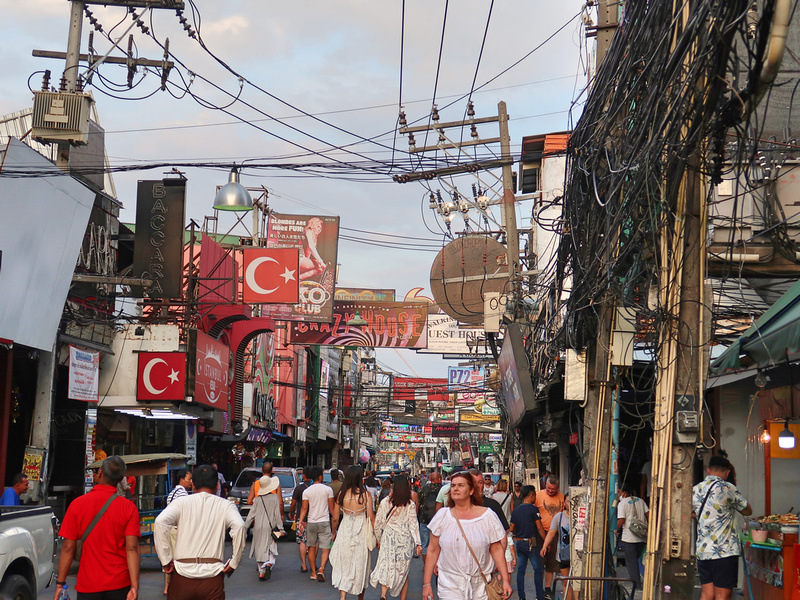 I encountered a walking tour, who like me were here to see what the fuss was about. 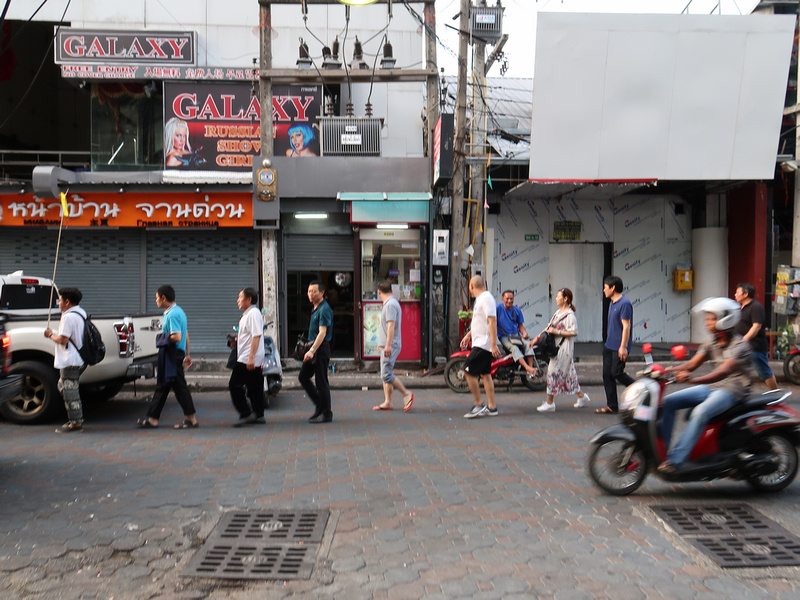 Like everywhere else in Southeast Asia, businesses are now catering to the influx of Chinese visitors. 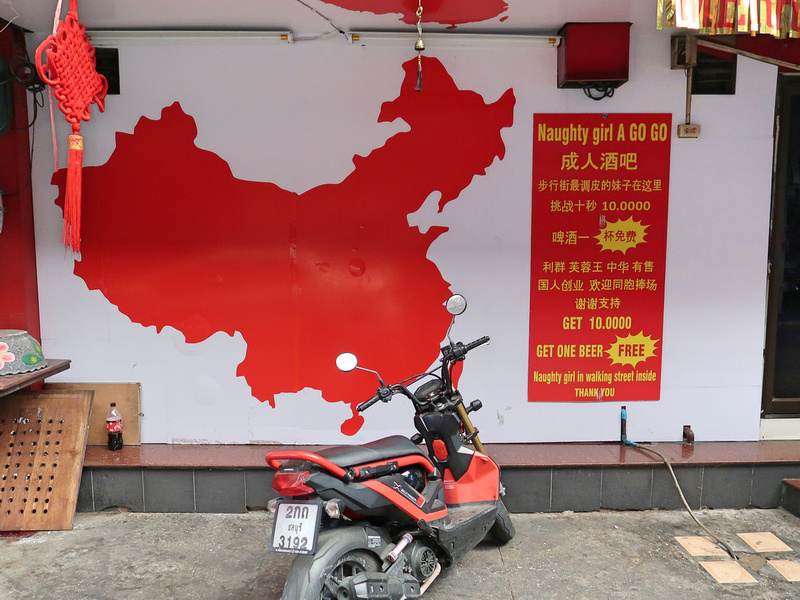 The walking street is at the southern end of Pattaya Bay, and at the northern end it’s more upmarket with resorts and luxury apartments.

Pattaya has grown in the same haphazard way as Bangkok, with only a few main through-roads and lots of little alleys in between. Getting around can be slow-going. The main public transport are these “Baht buses”, which is a 10 baht ($0.32c USD) public bus. One day the traffic was so bad it was only a few minutes faster than if I had walked. 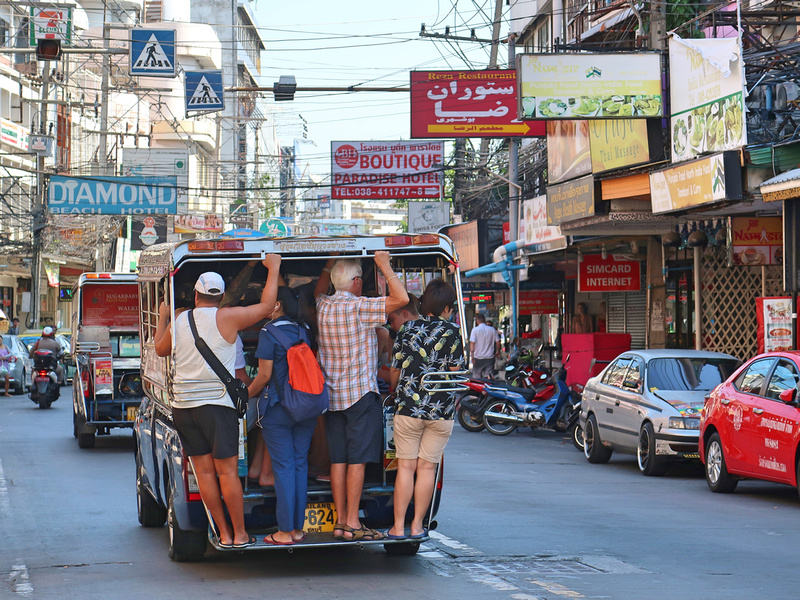 There is also the same crazy wiring that you see in Bangkok (and Vietnam). 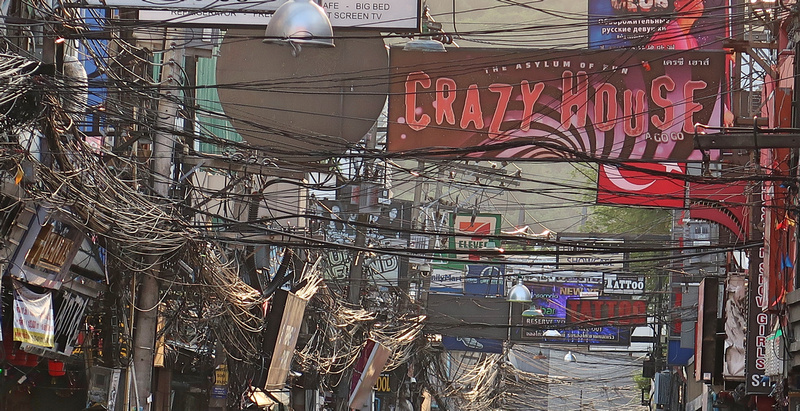 Visitors from Bangkok will be familiar with the Terminal 21 shopping mall. I saw one in Korat, and the one in Pattaya has enough real estate to place a model airplane out the front. 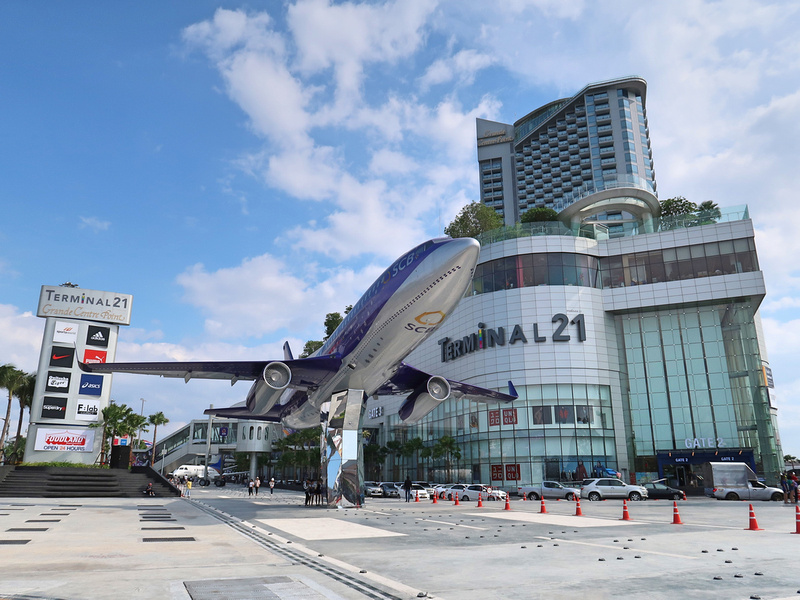 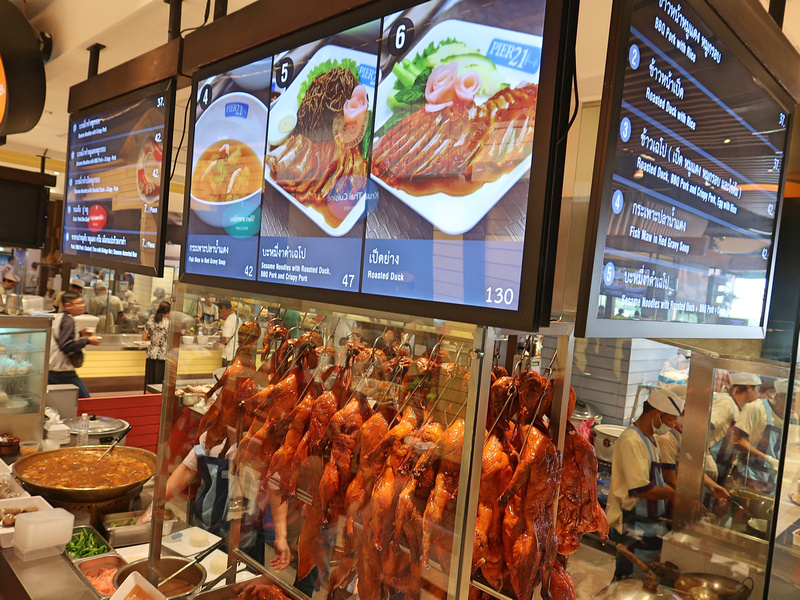 During this trip I had thoughts of retirement on my mind. Not that I’m in a position to retire, and I don’t ever seeing myself retiring in a traditional sense. Maybe I will be like this guy.

In Australia the retirement age is 67 (retirement as in you can claim the Age Pension). If the current government gets its way it will be 70 by 2035. I was thinking about “retirement” as it’s possible to live in Thailand on a retirement visa, where the minimum age is 50.

Sometimes I still think of myself as a backpacker, yet here I am just over three years away from being considered as a retiree in this country. I have some friends in Thailand on the retirement visa, and it surprised me they were on the visa because they don’t look over 50. It was also a bit disturbing to have peers of a similar age who are officially retired.

Walking around Pattaya also gave me pause for thought about where I would be when I retire, and what I would look like. Viewing Pattaya through a prism of retirement, I can see how it would appeal to retirees. It’s a cheap place to live, so a meagre pension in the west goes a lot further here. 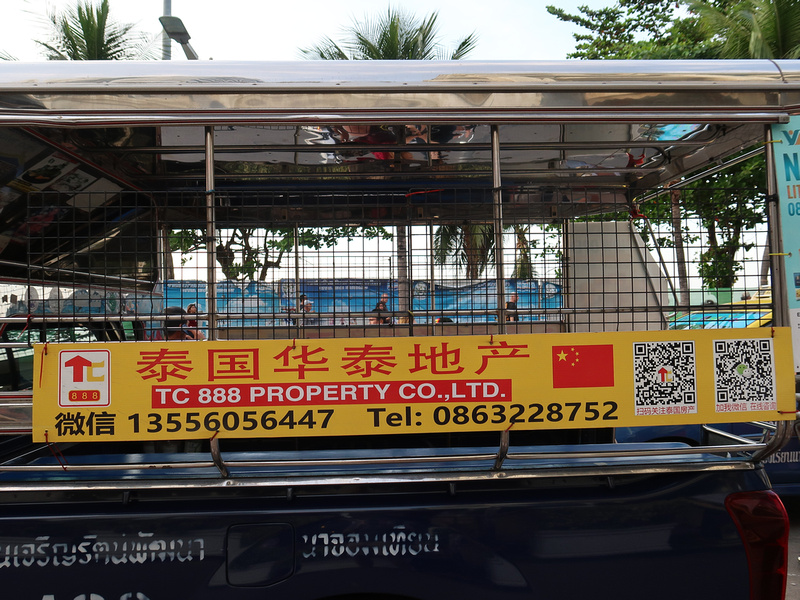 For example, in that duck and rice place I was talking about, you can get a plate of duck and rice for 37 baht ($1.17 USD). That’s duck for a buck. I would be hard-pressed to find a meal like that in Australia for under $10. 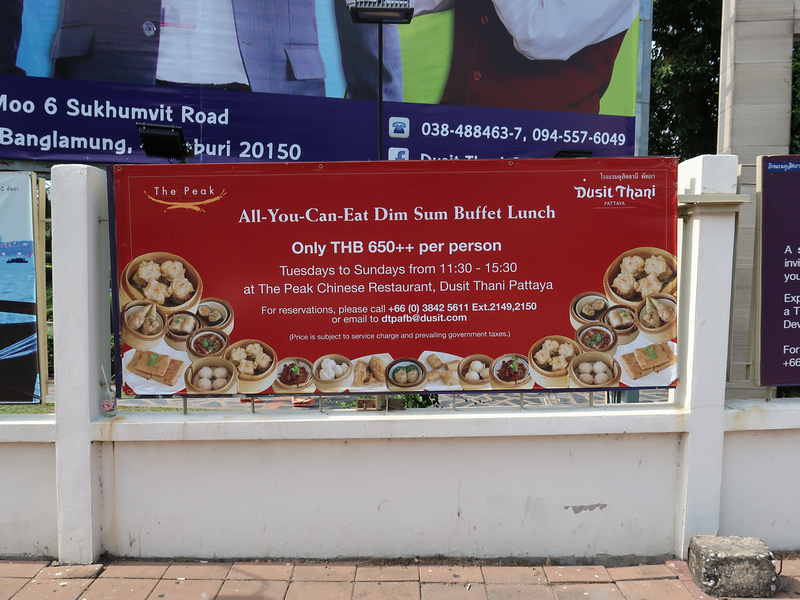 It’s an international city, with people from all around the world here. And you are close enough to Bangkok for whatever else you need. 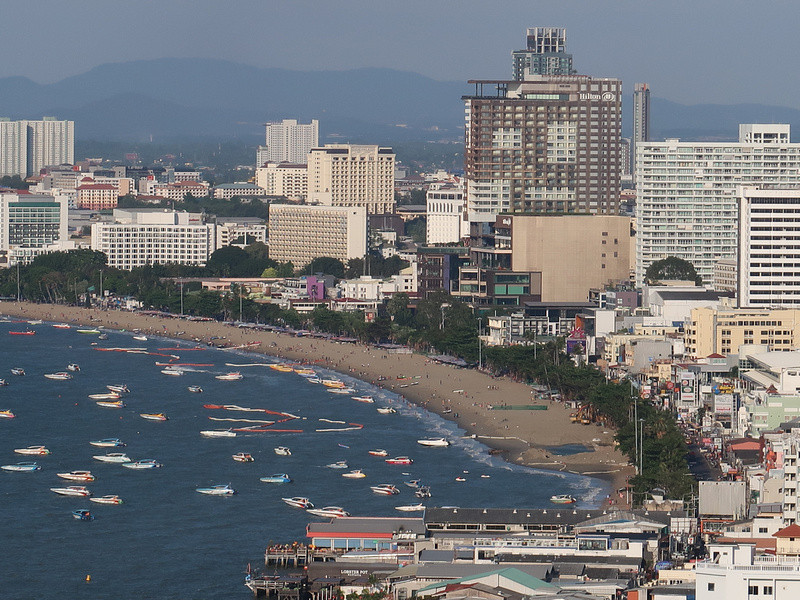 The story I’ve been following is the planned high-speed train to connect the two airports of Bangkok (Don Muang and Suvarnabhumi) to U-Tapao–Rayong–Pattaya International Airport. This “High-Speed Rail Linked 3 Airport” project will effectively make U-Tapao the third airport of Bangkok. Pattaya also plan to build a monorail from the high-speed station to the beach, bypassing the need for taxis.

Even without the railway, U-Tapao is getting better connected with more domestic and international flights. For example there are domestic flights to Chiang Mai, and Qatar Airways have a direct service here.

In the future Pattaya could become part of a Greater Bangkok Conurbation. The Eastern Economic Corridor (EEC) might make it the Tokyo Bay or Pearl River Delta of Southeast Asia.

It will be interesting to see how Pattaya turns out if/when this railway is finished. The railway would make it a viable commuter city.

On the other side of the Bay of Bangkok, Pattaya also faces competition from Hua Hin as a retirement destination. It’s further from Bangkok than Pattaya, so it doesn’t get the same kind of weekend traffic. If the planned Hua Hin high-speed train goes ahead, then it will also become a viable close-to-Bangkok beach destination.

Personally, I would probably pick Chiang Mai if I was going to go down the Thailand retirement visa route. And If I was going to pick a beach city I would put my money on Da Nang in Vietnam. 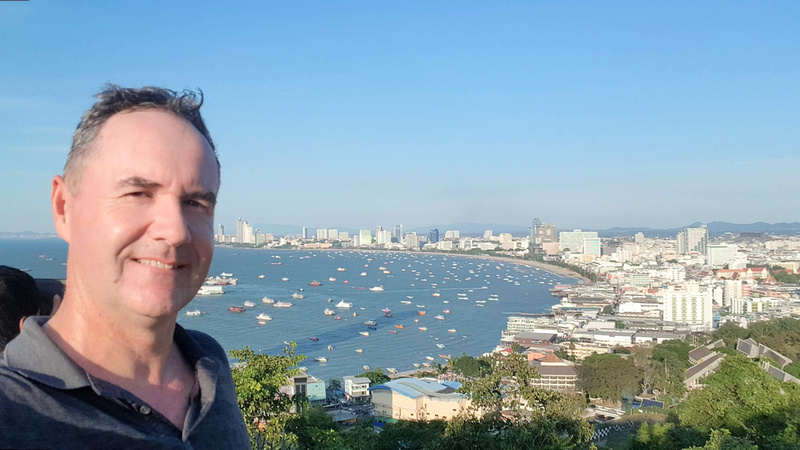