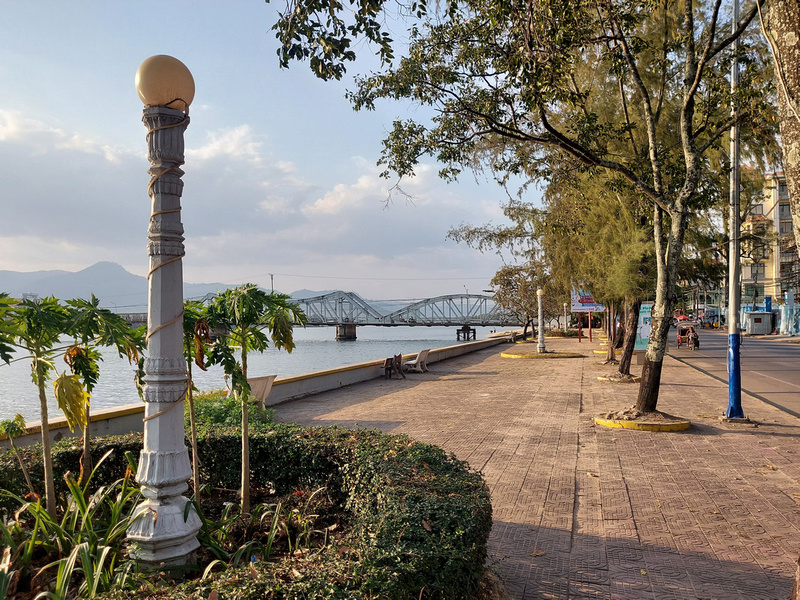 Kampot is the capital city of Kampot Province in southern Cambodia. The city title doesn’t seem fitting for a place that is often described as sleepy. In Australia we would call it a big country town. It has a population of over 30,000 people, so it does earn its city status, and it feels more city-like outside the historic area. [The town-like city of Kampot.]

I was last here in 2018, and I called it a lovely lazy river town. I often found myself daydreaming of Kampot when thinking of staying in a small and unhurried city. Cambodia was one of the first countries in Southeast Asia to fully reopen after the pandemic lockout, so my return to Cambodia included a visit to Kampot in January 2022. The country had only been open for a few months, so there was still only a trickle of foreign tourists. 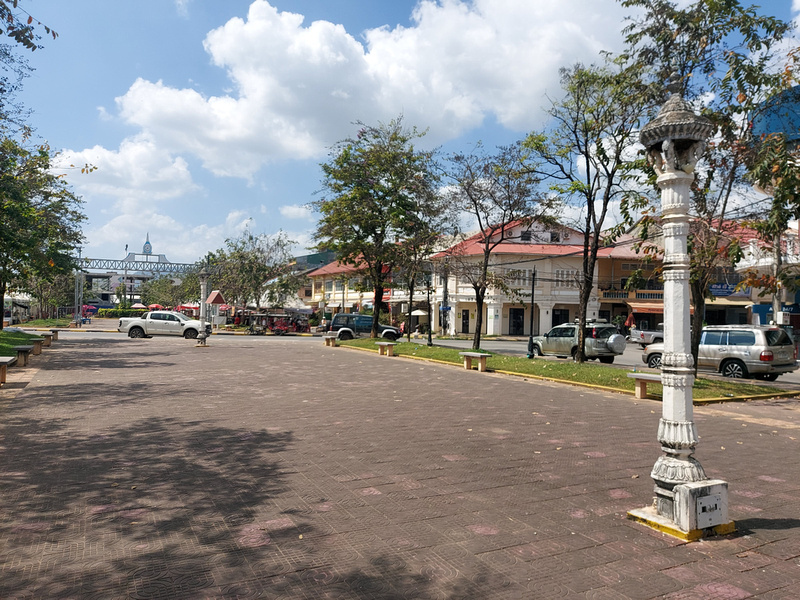 Kampot felt different compared to my previous visit four years earlier. I had just come from Thailand, which also felt different after the reopening from the international lockout. That felt different because there were so many tourism-related places that had closed down. There was that problem in Cambodia as well, but there was also what you could call a vibe shift.

At the start of 2022, there was an article doing the rounds about a vibe shift, which then became a meme. Even before reading this article, it felt like there has been a vibe shift in Kampot. I attribute this new vibe to two noticeable changes since my last visit.

The first noticeable change is that the old market area has been transformed into a bar precinct. 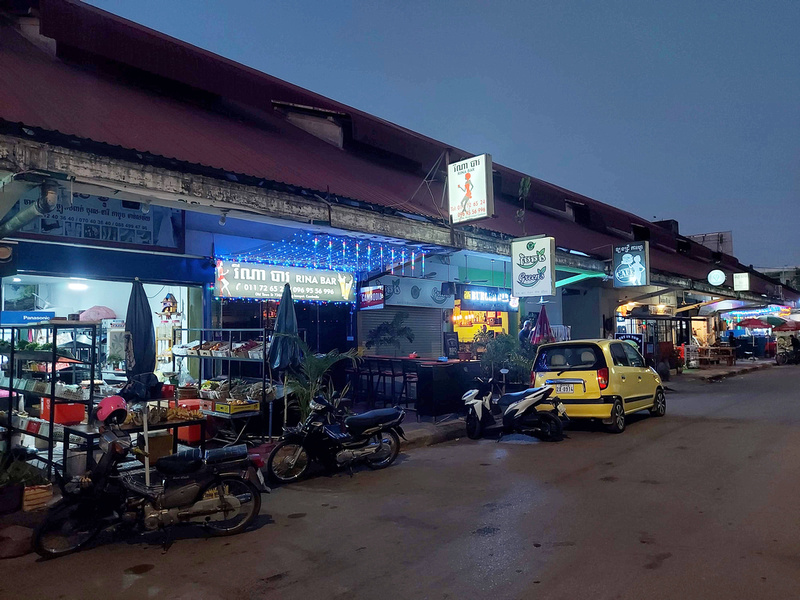 Kampot used to have more of a backpacker/hippy vibe, with cafes and restaurants catering to this crowd. With no international travellers for over a year and a half, these businesses were always going to struggle. 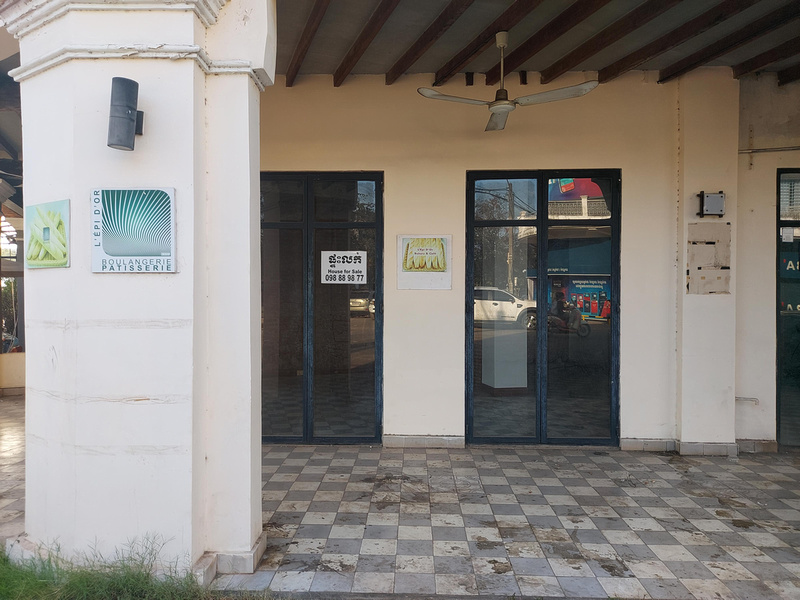 The other vibe shift is from the massive apartment development on the old-town side of the riverfront. 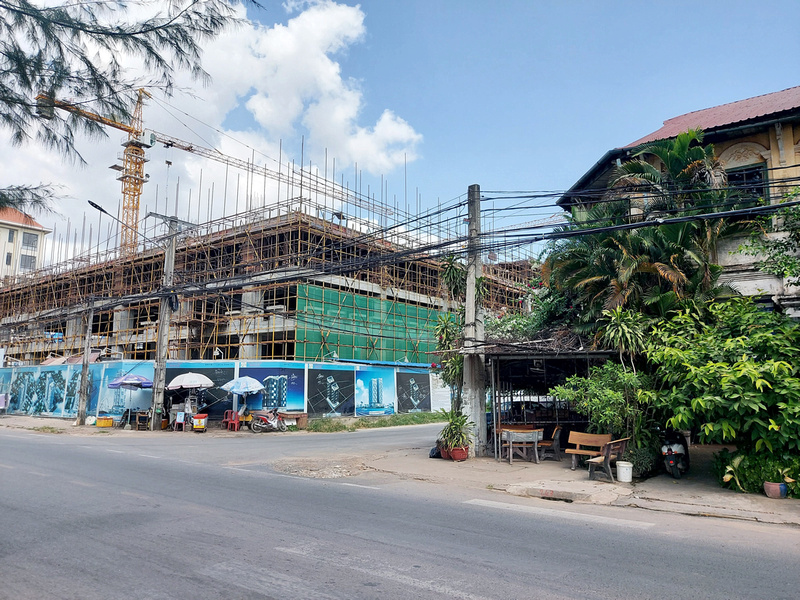 I had read that developers had arrived in Kampot and were buying up property. I thought they were buying old houses here and there. I didn’t realise that this meant a whole block had been bought up and then demolished to make room for an apartment tower. This apartment tower is inappropriate for this side of Kampot. This is not just me airing my taste (though it is my blog so my tastes are what you will read). The building goes against what the city was trying to protect. The apartment is next to the old bridge, and there is a sign next to the bridge with a map that shows the supposed “heritage conservation zone”. The apartment tower is the Thai Boon Roong Kampot Building. They are known in Phnom Penh for proposing to build a 500m twin tower, though they don’t have a website with any other details.

Kampot is a popular place, and they have the right to build apartment towers to accommodate more people. It would have been more appropriate to put apartment towers on the other side of the river. There are some big empty blocks on the riverfront which would be suitable for apartments. There already are some new apartment towers on the other side of the river, and If it saves eating up more rural land then even better. 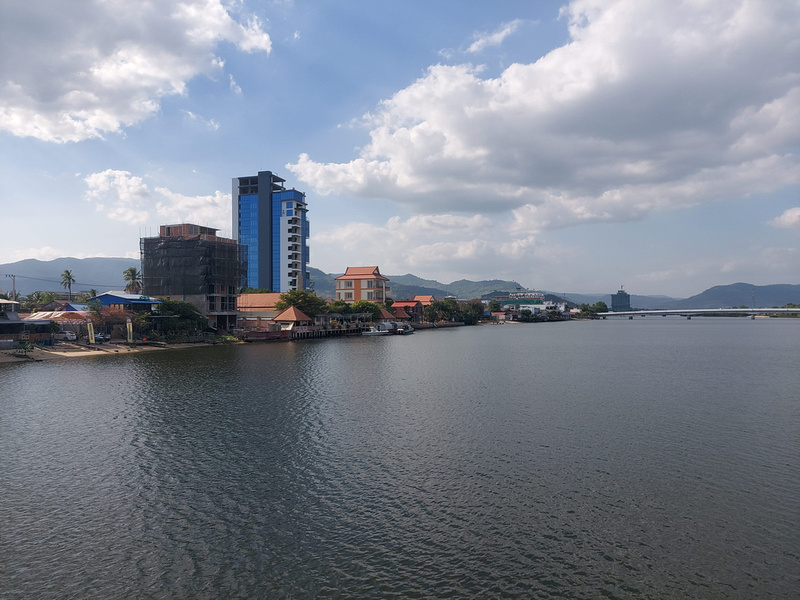 Like every other big city during the pandemic, workers in Phnom Penh began to question why they are working in offices in big cities when they could be working from home in a more relaxed environment. Kampot certainly ticks many boxes for people who want to live in a smaller town. Kampot is on the Phnom Penh – Sihanoukville train line, which is a slow but pleasant way to travel. As someone who has worked from anywhere for years (or WFA as it is now known), I have always found Kampot appealing. As soon as I arrived and dropped my bags off, I walked straight to my favourite cafe in Cambodia. 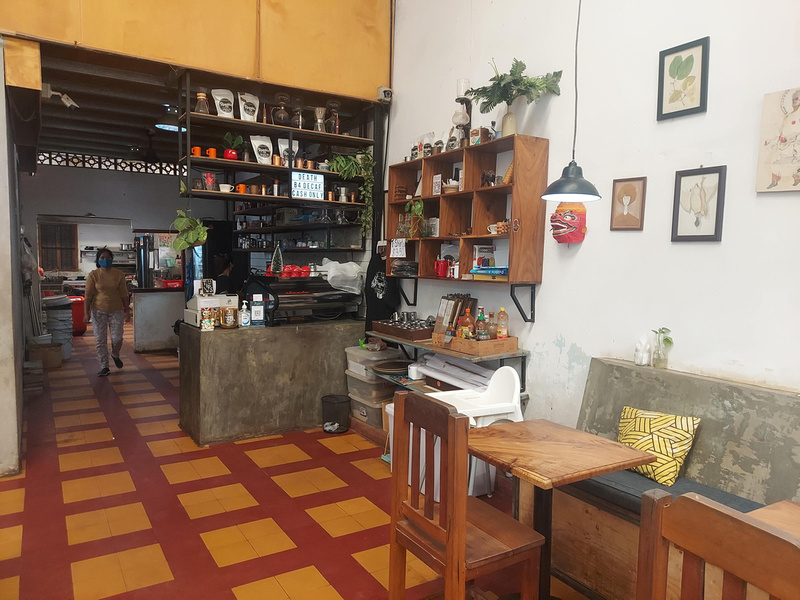 Cafe Espresso Roastery was established by an Aussie, and they serve Australian-grade lattes. After being in cafe wastelands for over a week, I had been dreaming of this latte since boarding the boat in Koh Rong that morning. 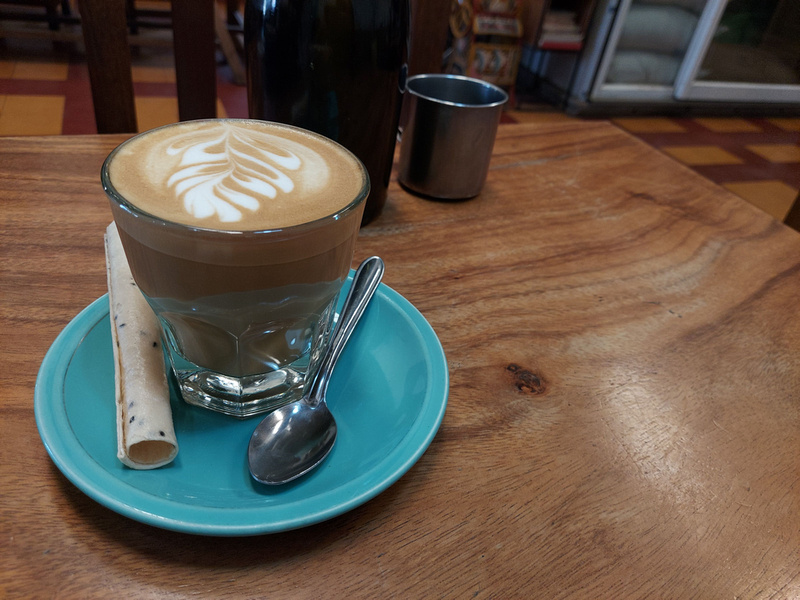 Kampot is a great walking town (it still feels weird to call it a city) so I walked around everywhere to see what is still standing from my last visit. I noted in my previous blog post about an old cinema that I was hoping would be restored. In a region where these old single-screen cinemas are being demolished, I was happy to see this one reborn as a cafe and hotel. The cinema is now the Old Cinema Hotel. 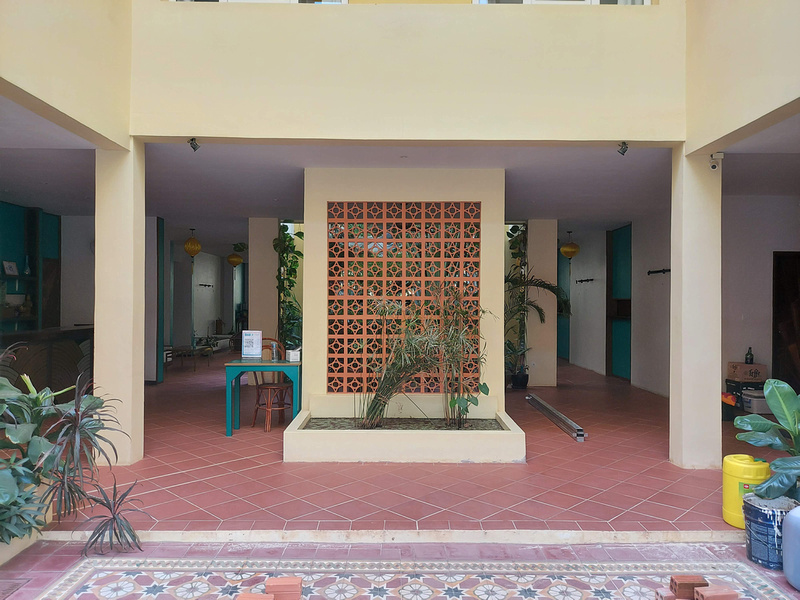 I stopped for a coffee to admire the space that it has become. There is another old cinema in Kampot that is currently a clothes store. If you are interested in old cinemas of Southeast Asia, check out the The Southeast Asia Movie Theater Project by Philip Jablon. 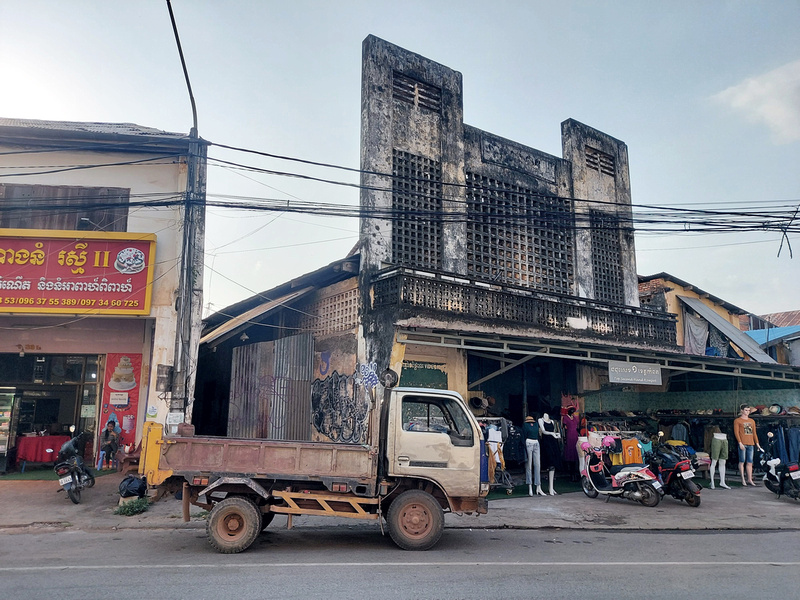 I am concerned about other riverfront properties that are now vacant after the pandemic lockout. These might be easy pickings for a developer to buy up an entire block to demolish, as the Thai Boon Roong building has done. 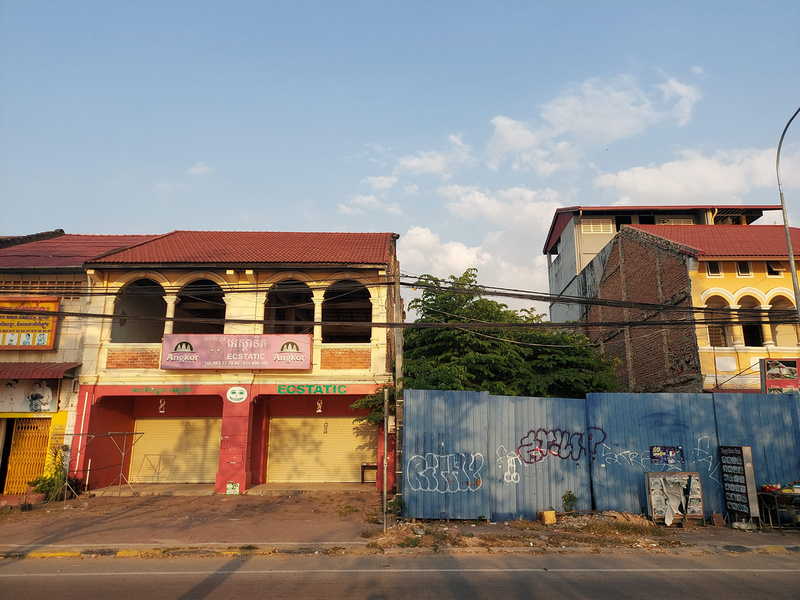 The new developments in Kampot are not confined to the city either. There is a new city being built in Bokor National Park. I had never been to Bokor, so it was time to have a look.

I went on a sunny day and it was a pleasant scooter ride up the mountain. There are monkeys on the road though, and they’re not the cute type that you would slow down to take a photo of. 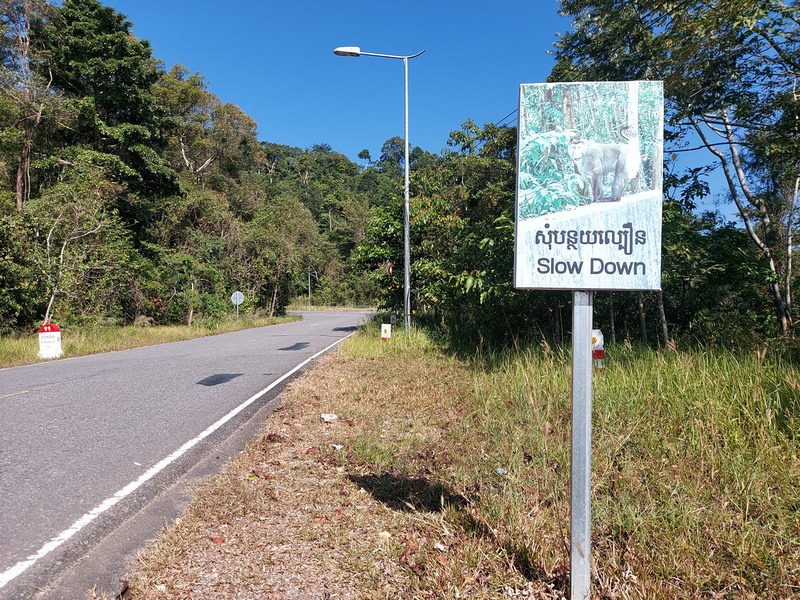 When you reach the top there is evidence of a new town being built, with trucks coming and going from a new urban area. This will be the site of Bokor City. There has definitely been a vibe shift in Bokor National Park. 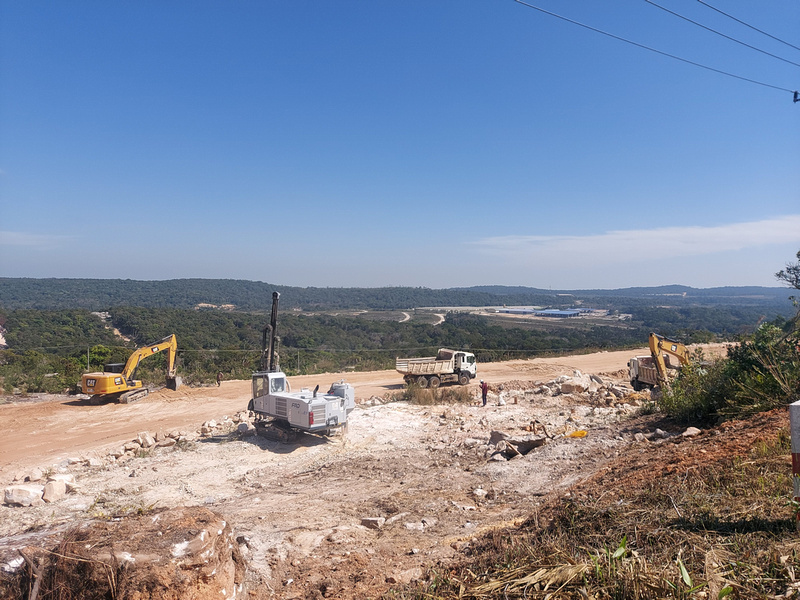 On top of the mountain are remnants of a colonial hill town, with the abandoned church being the most famous site. 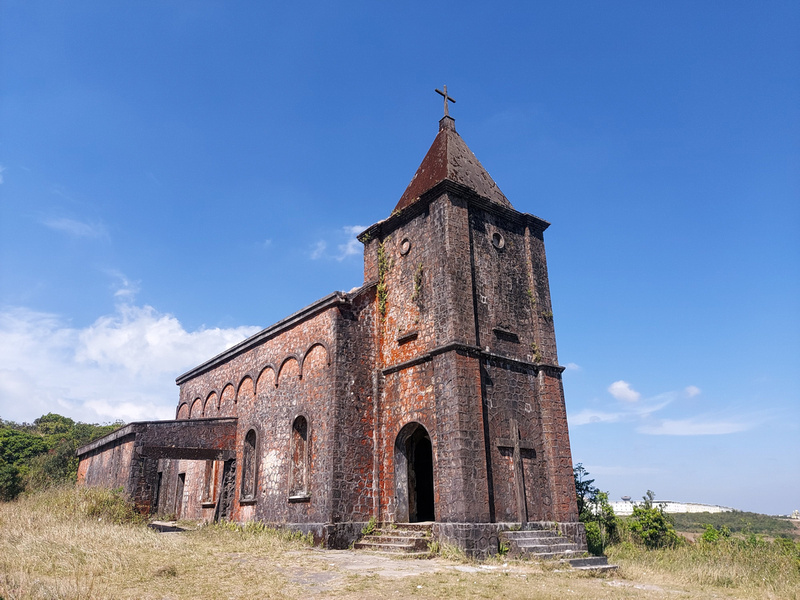 There is also a hotel casino complex with a gigantic car park.

Building a new city in a national park seems illogical, especially when there is enough land at sea level to build a new urban area. Perhaps it will be filled with Work From Home workers. Back in Kampot City, I noticed an advertisement for “Work From Home Life” at a new residential complex outside the city centre. 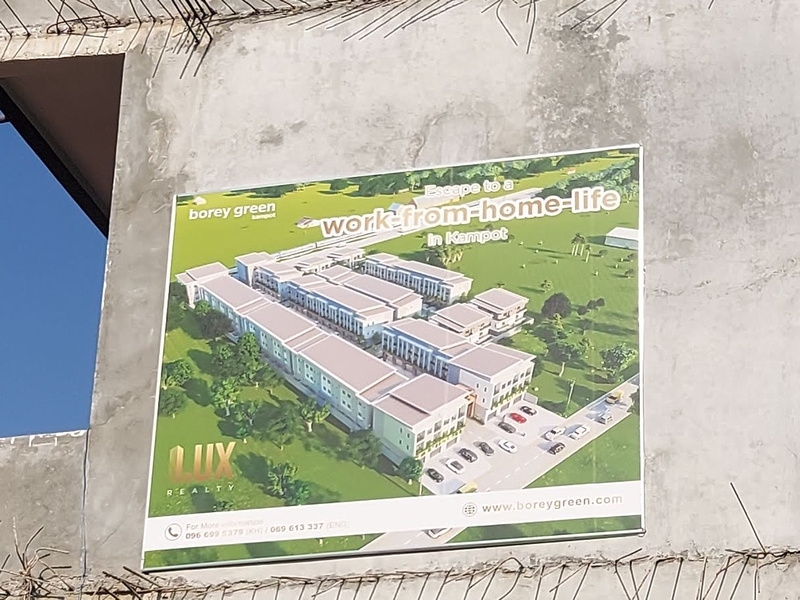 Who knows, maybe the next vibe shift of Kampot is that it becomes a digital nomad hotspot that will be featured in “best small towns to be a digital nomad” lists. While I was in Kampot I also visited Kep, which is also going though some massive changes of its own. That blog post is coming up next.