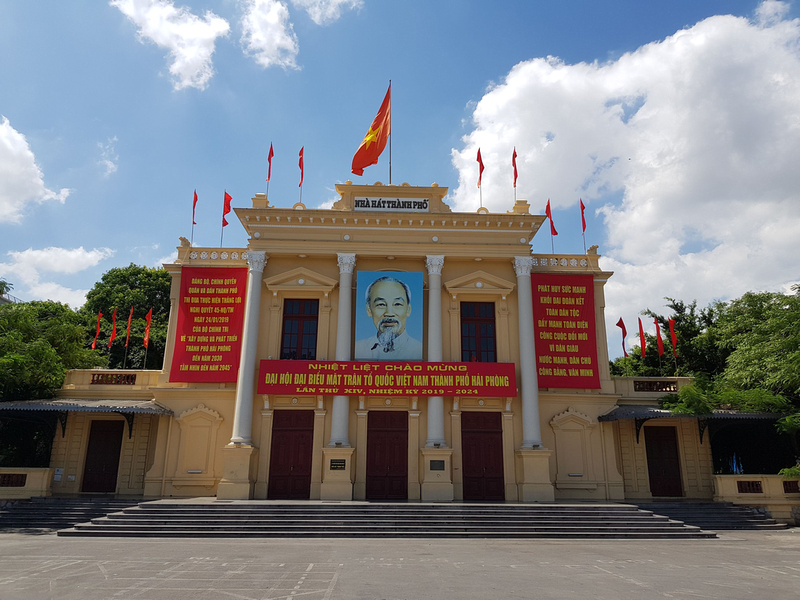 Haiphong is the third-largest city in Vietnam, and it’s one of the five municipal cities. apart from being an industrial port city, it has a historic city centre that should attract more tourists than it does. It rarely makes anyones list of places to visit in Vietnam, but if you have time it’s worth a detour.

I had read it being described as an old port city with crumbling colonial buildings, which sounds like my kind of place. There is also a passenger train from Hanoi that runs separately from the main north-south line, so that combination was enough for me to book a visit. 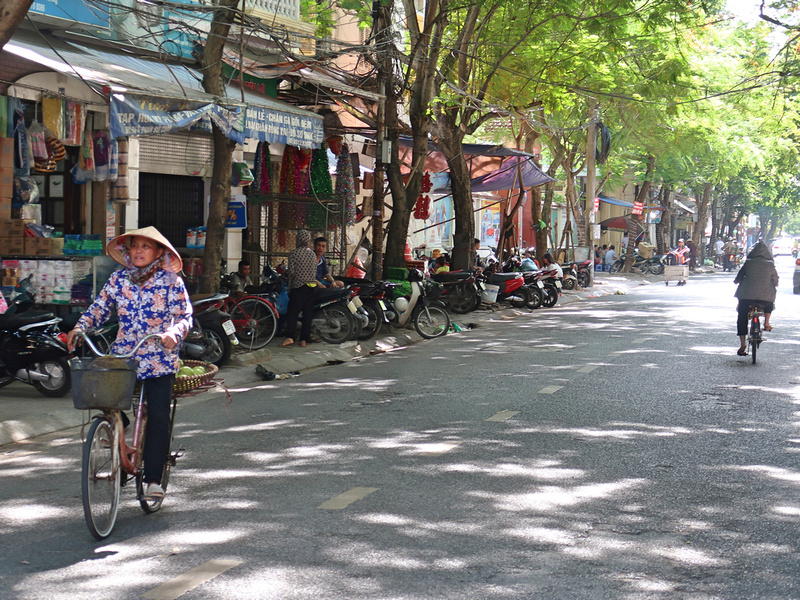 Despite its proximity to Hanoi and its wealth of colonial-era architecture, Haiphong doesn’t get a lot of visitors. Geography plays a big part in why it gets few visitors while remaining a prosperous city. Haiphong is effectively the deep water port for inland Hanoi and Northern Vietnam. Geographically it’s guaranteed a purpose as a port city, but its location is not on the way to anywhere for most tourists. 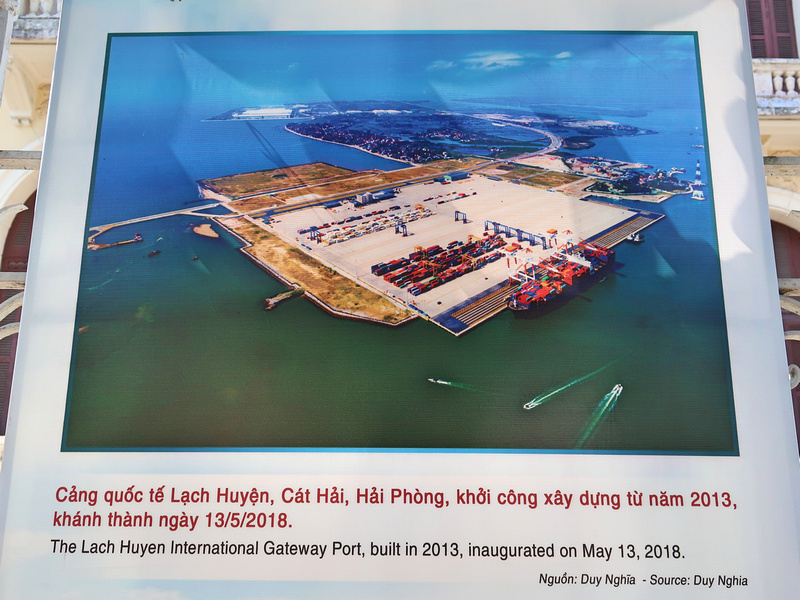 The “J” or “S” shaped land of Vietnam has a distinct tourist trail. In the backpacker world this is known as the “banana pancake trail”, so named after the supposed meal of choice for backpackers at cheap backpacker accommodations.

My first trip to Vietnam was a typical backpacker trip where I followed this traditional trail of banana pancakes: Mekong Delta – Ho Chi Minh City – Da Lat – Nha Trang – Hoi An – Hue – Ha Noi – Ha Long Bay. The path follows a well-worn route on the long and skinny coastline of Vietnam. When you are on a two-week trip, a back-track off the trail to Haiphong doesn’t fit into the schedule.

The second geographical blow to Haiphong is that it’s on the wrong side of Halong Bay. While Haiphong is a gateway to Halong Bay, the most popular option is to depart from Halong City (Bai Chay). There is now an international airport at Halong Bay which opened in 2018, further cementing its place as the international gateway.

Another thing about Haiphong is that it has a different reputation among Vietnamese people. Practically every Vietnamese person that I told I was going to Haiphong gave almost the same reaction – “You’re going to Haiphong? It’s full of gangsters!” I get a similar reaction when speaking to older Saigonese about visiting District 4 in Ho Chi Minh City. This district had a reputation of being a gangsters paradise, though now it is becoming more popular to live in due to its proximity to District 1.

The reputation of Haiphong seems to come from a time when small ships were unloaded by hand along the riverside port in the city. A place where dodgy deals could be done and illicit goods could be moved much easier. Now with container shipping and the main port outside of the city this image makes about as much sense as gangsters in flat-caps hanging out the docks at the Isle of Dogs in London. 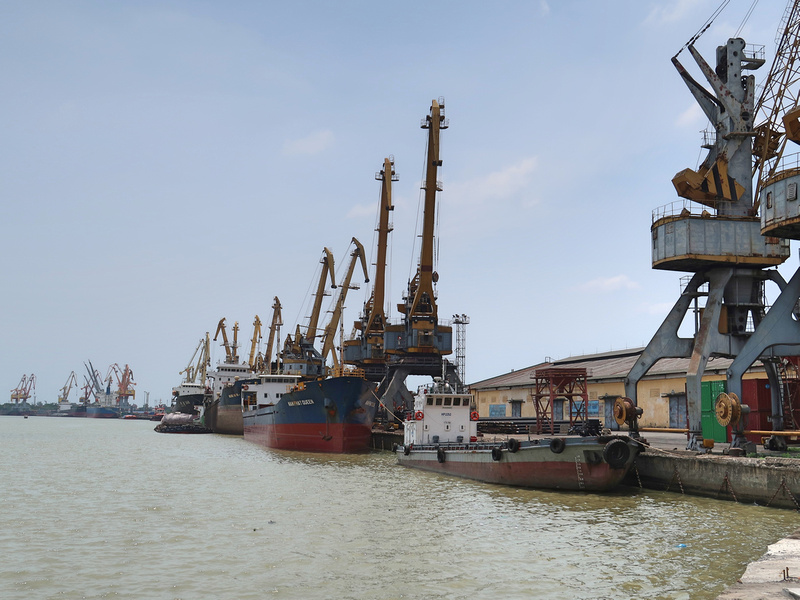 Haiphong appears to have learned to live with life without tourism, and on the ground the city seems prosperous. During my visit there was a new Hilton and Pullman hotel under construction, and Hotel Nikko from Japan had announced they would be opening in Haiphong. Business travel is at least booming. 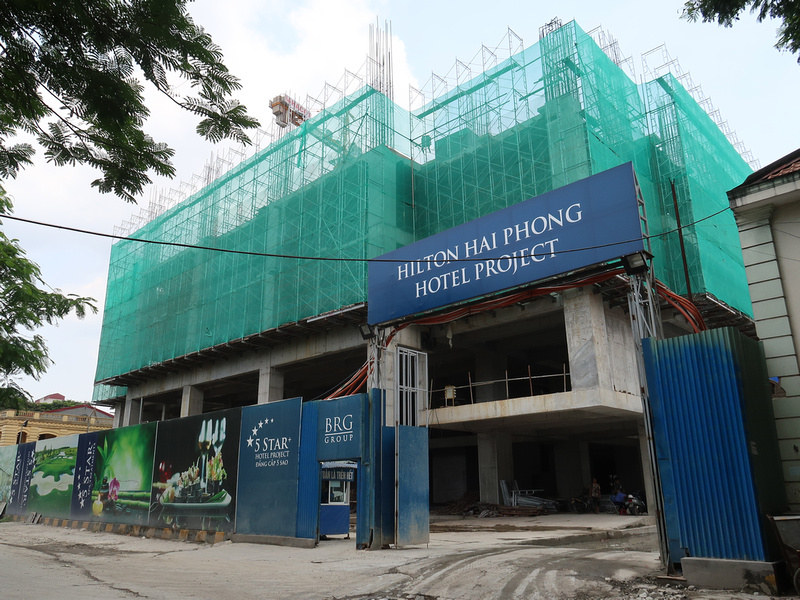 I was most interested to visit Haiphong for its architecture, and there is plenty of colonial-era architecture here. 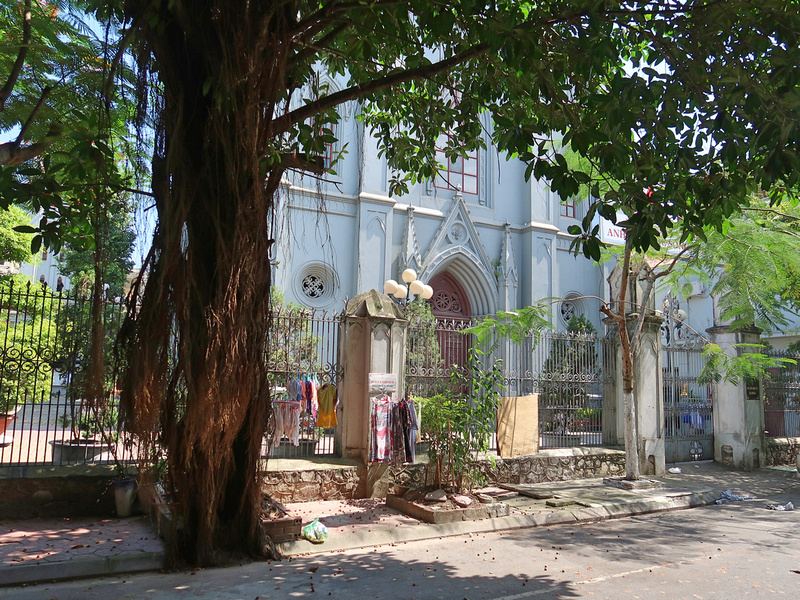 There are parts of Haiphong that reminded me of the Hanoi old quarter, but without the crowds. 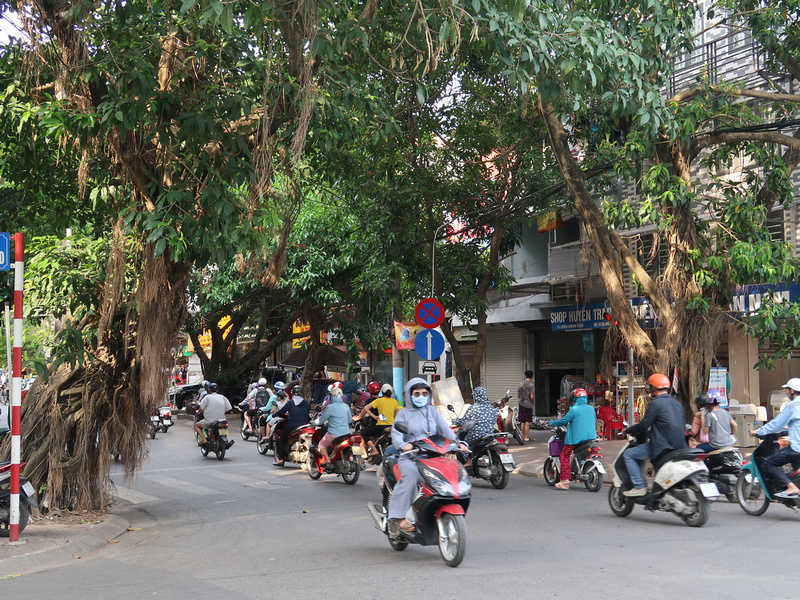 I found an old market alley which has one of the most intact rows of colonial-era buildings I’ve seen in Vietnam. The little alley of Ngo 186 Hai Ba Trang is flanked by old shophouses painted in the colonial yellow. In any other city the market would have been moved and these buildings would be renovated to house fancy restaurants and boutique shops. It would be featured on CNN and Conde Nast Traveler with Instagram girls in big hats swirling their dresses with their back turned to you. For now though you can still see it in all its ragged street market glory. 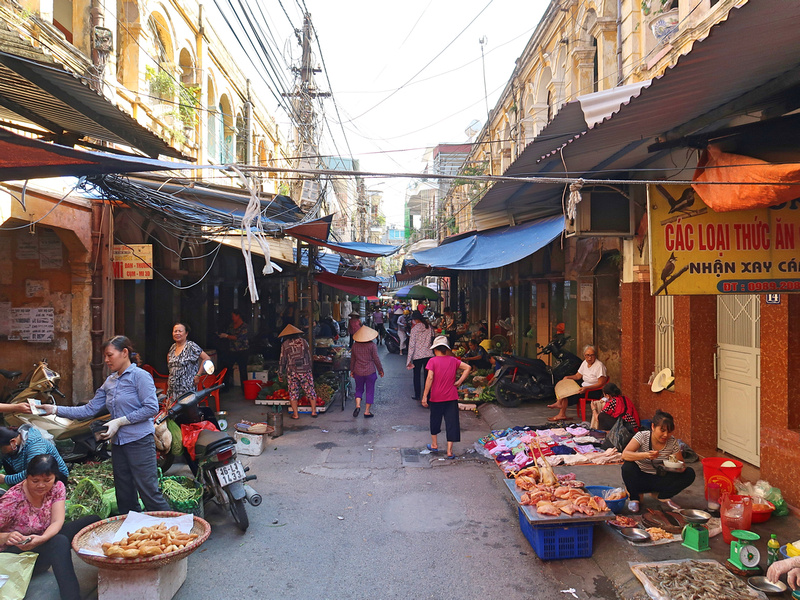 I didn’t see any visible signs of tourists while I was here. Looking at international flights from the airport, VietJet Air has flights to Bangkok and Seoul, which are most likely for the benefit of Haiphongians. There is also a random flight to Shenzhen on Donghai Airlines. 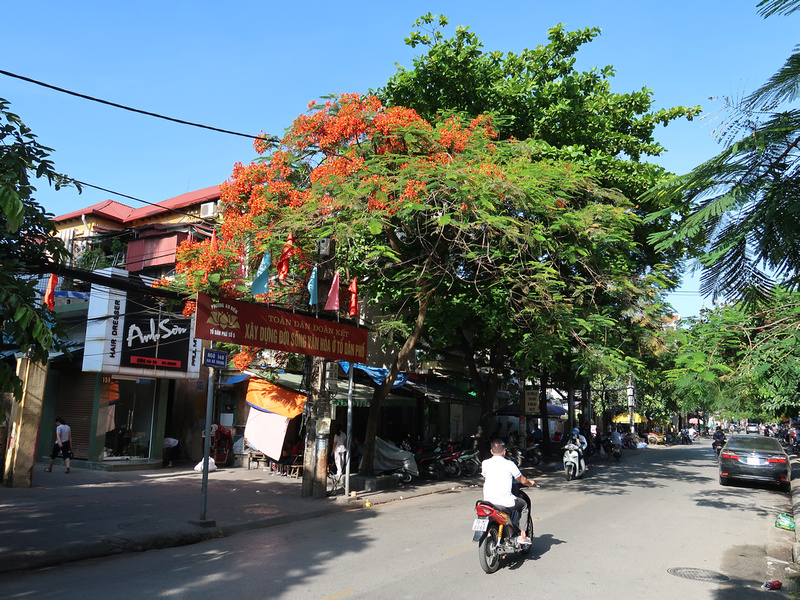 I was in Haiphong to see the railway, and I will have a report on the Haiphong – Hanoi train trip. The Haiphong railway station is one of the most charming little stations in Vietnam. 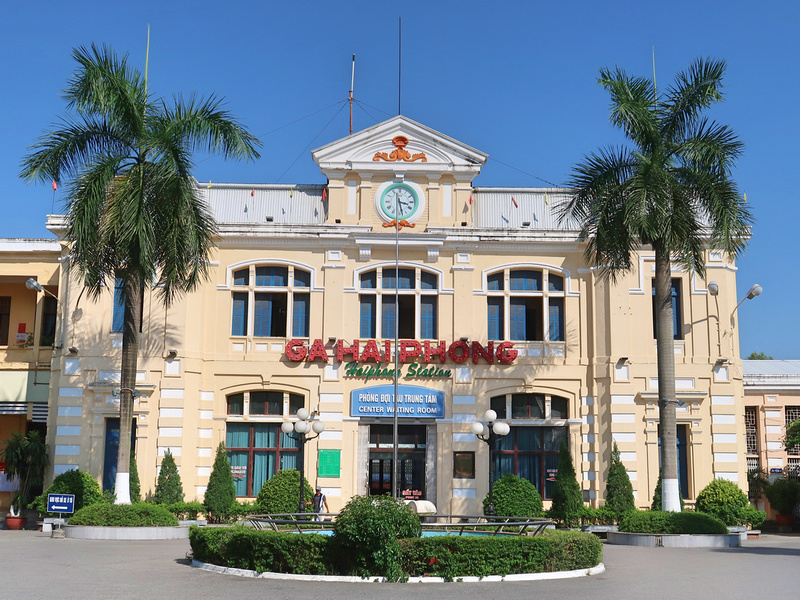 Hanoi is famous for its “Train Street“, but Haiphong also has its own version of a train street. Near the railway station there is a narrow alley where the train passes by houses. 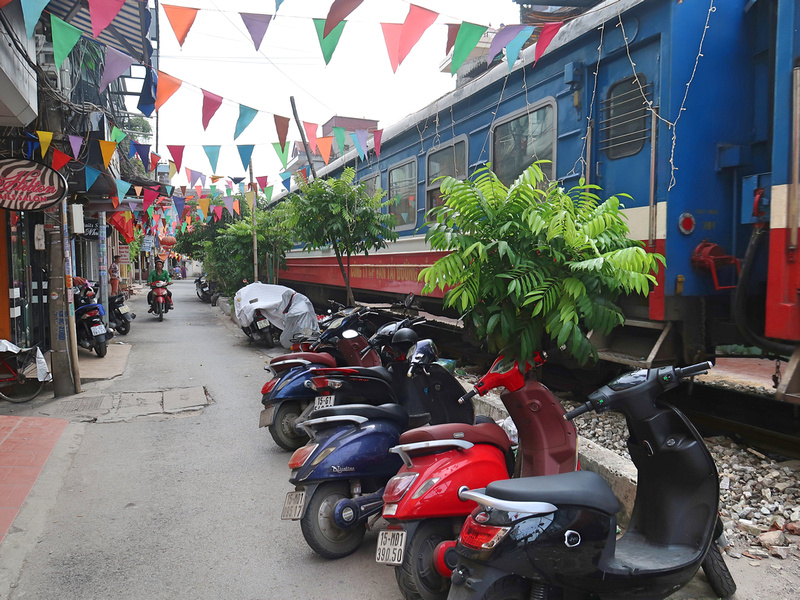 As you travel around Vietnam you’ll soon notice that streets have the same names in every city, named after notable badasses in Vietnamese history. In this case Pham Ngu Lau was a destroyer of Mongol armies from the 13th century. 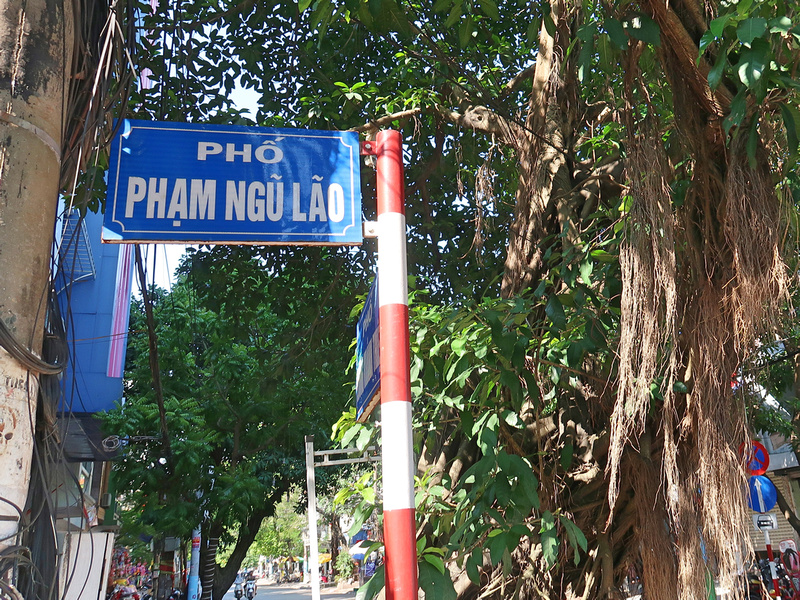 And speaking of notable badasses in Vietnamese history, there is a great statue of General Le Chan near the opera house. She is considered the founding daughter of Haiphong from way back in the 1st century AD. 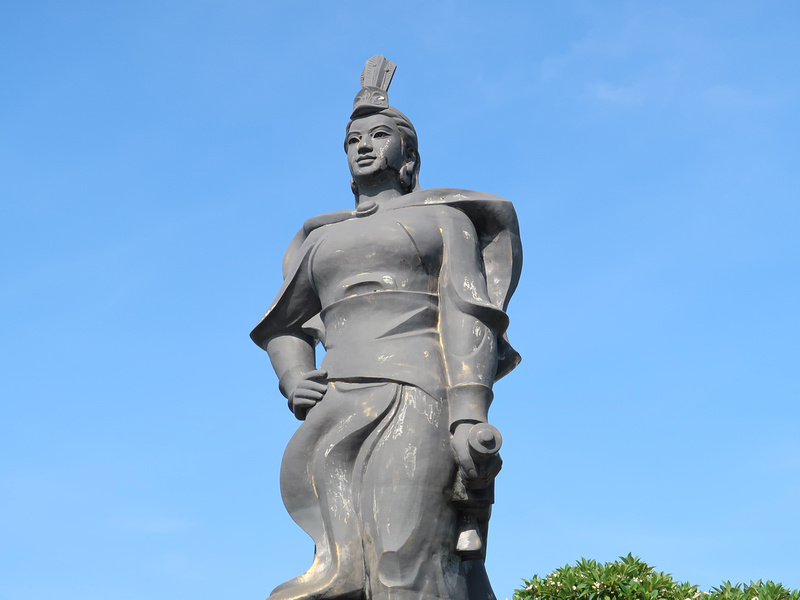 I enjoyed all the old architecture and that so many buildings remain intact. I also like to visit new city projects for my Future Southeast Asia site. On the flight in I had a window seat facing the city, and something caught my eye on the skyline. Standing like the Monolith in 2001: A Space Odyssey is the Vinpearl Imperia Tower. 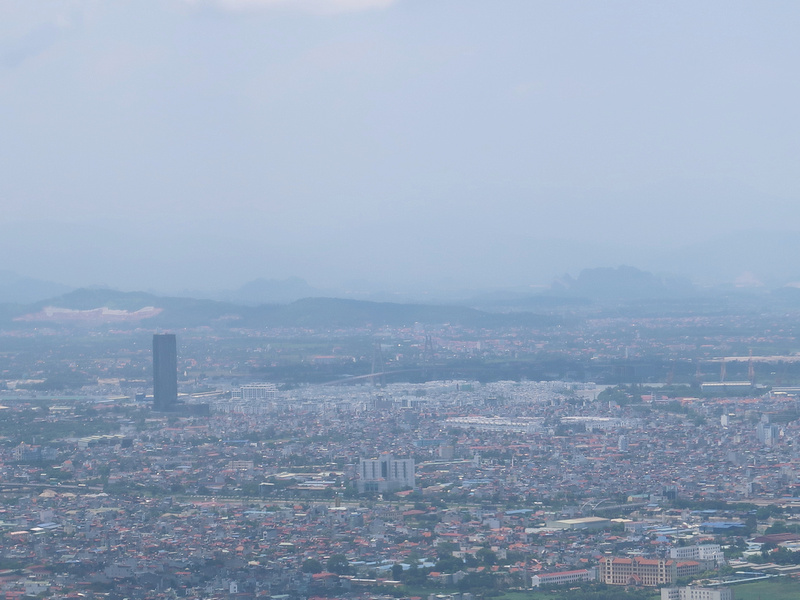 The Vincom Imperia project is built in the style that has become popular in Asia, where there is one signature building surrounded by cookie-cutter towers or villas. 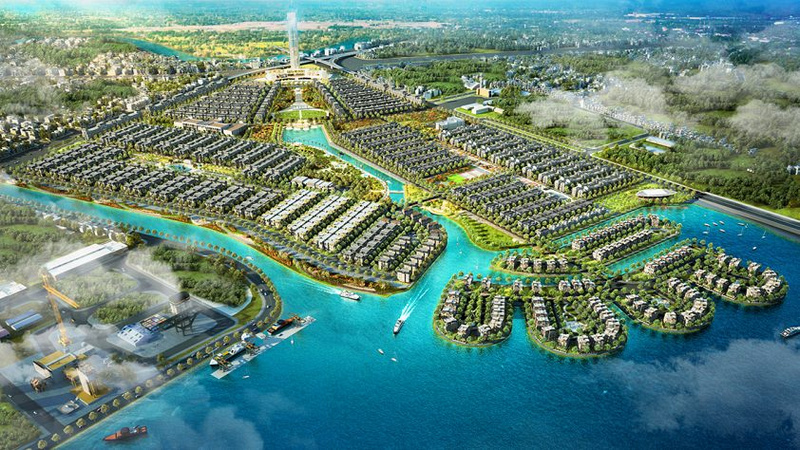 [A projected image of Vinhomes Imperia.]

The feature building of this project is Vinpearl Imperia Tower. Standing at 170 metres it’s by far the tallest building in Haiphong. This is attached to the Vincom Plaza Mall. 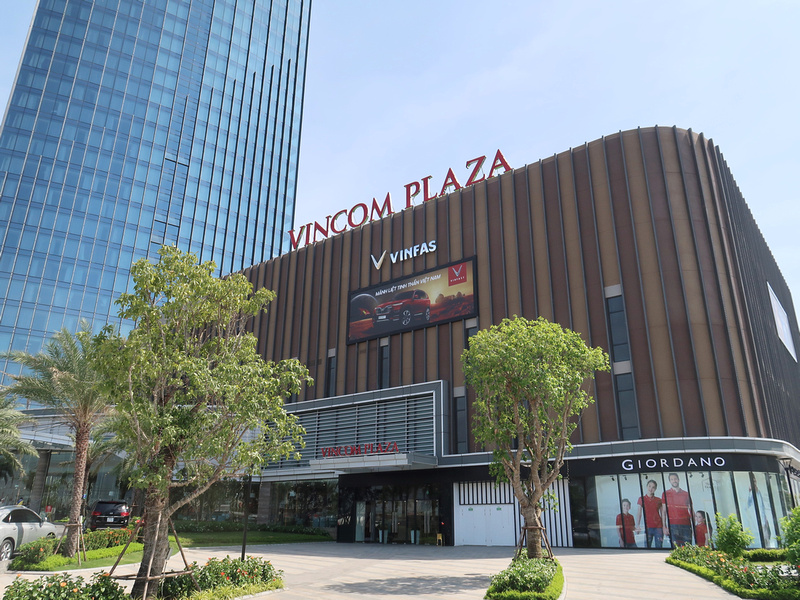 Facing the tower like an array of solar panels pointing at a solar tower are these identical villas in sections named Manhattan, Paris, and Venice.

I wouldn’t object to it being called Manhattan if they had actually made a street grid like that of Manhattan. 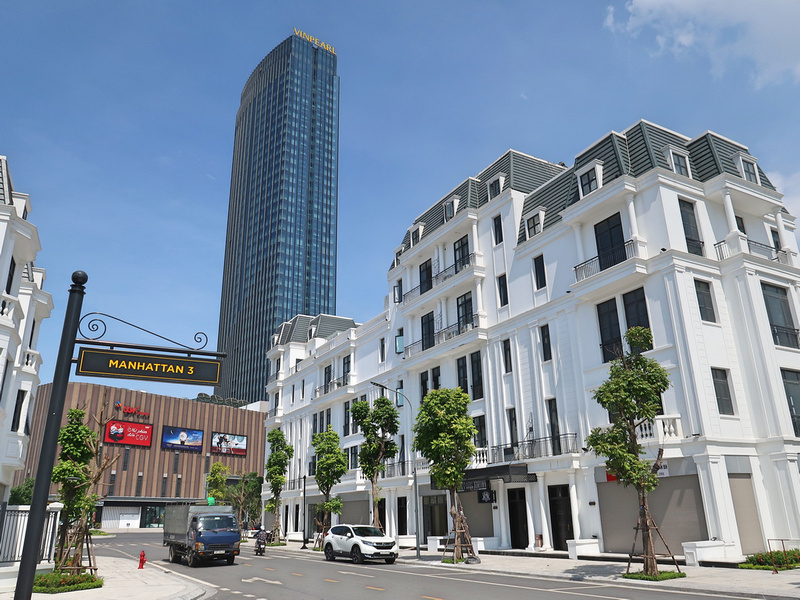 Instead the properties are on streets that more resemble a suburban project in Florida. 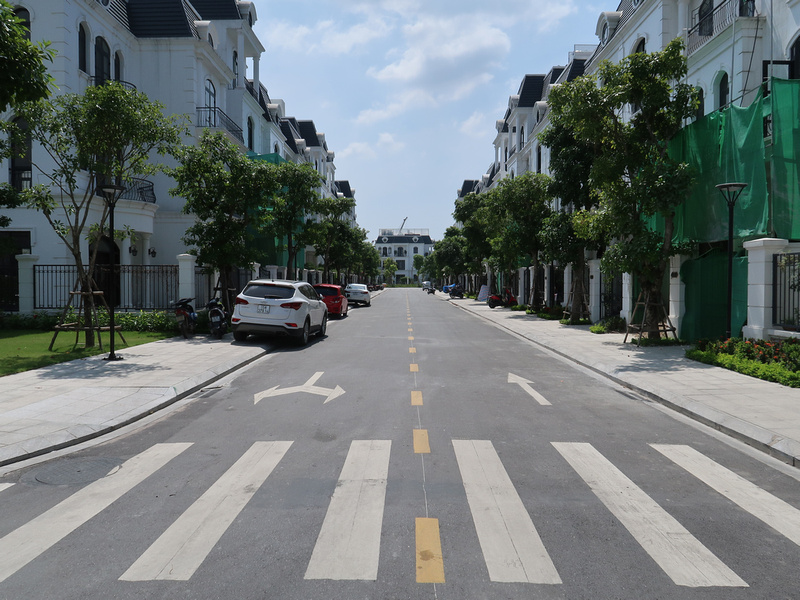 We have these sort of housing projects in Australia as well, so I went back to the old port area to see the things we don’t have in Australia. Here is the old post office. 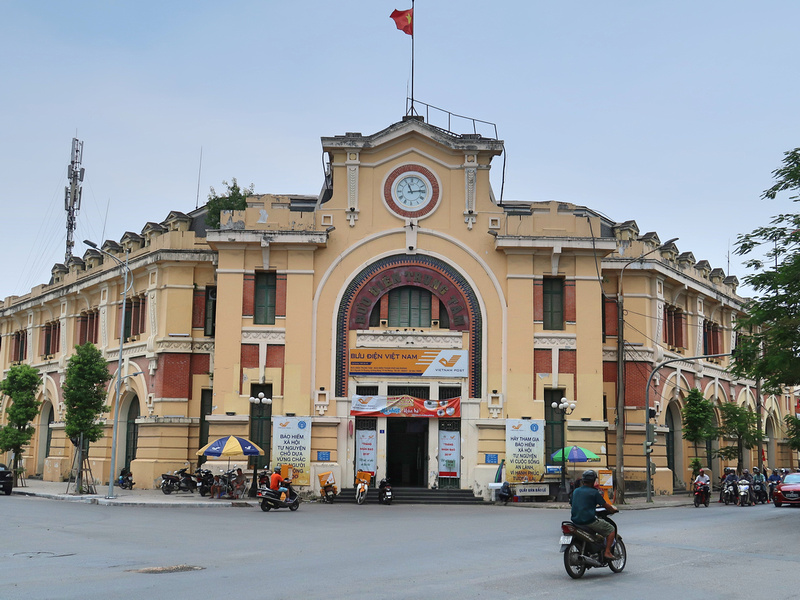 There are many old administrative buildings here, but with no access to the river. I got a glimpse of some old warehouses, and I also got shouted at by a guard for taking a photo of a government building. 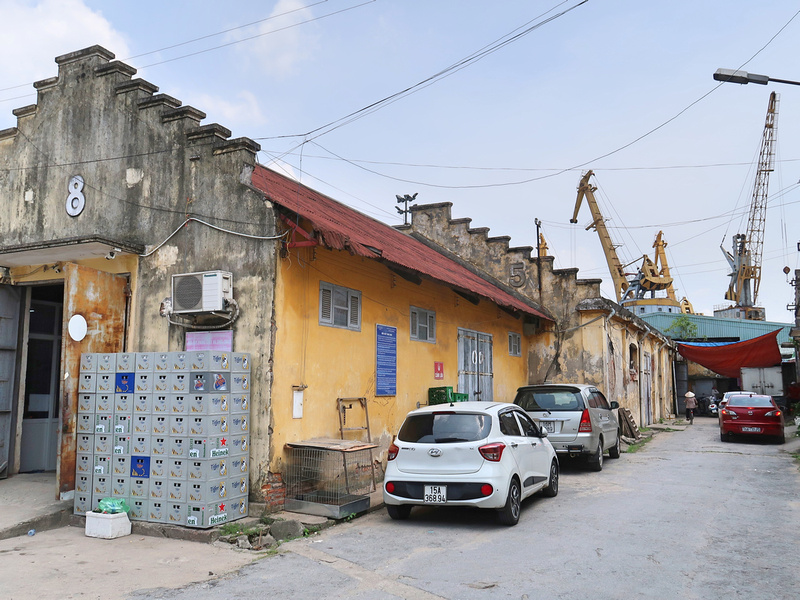 What I liked most about Haiphong was just wandering around. 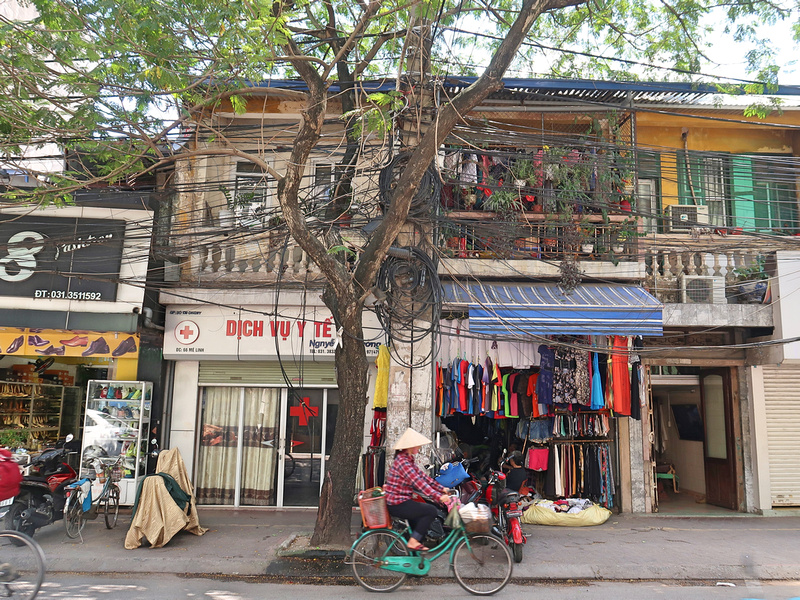 I was there for two nights and I saw one westerner in all that time. He didn’t look like a backpacker or someone who was working for a shipping company, and we avoided eye contact as we passed each other in the street. 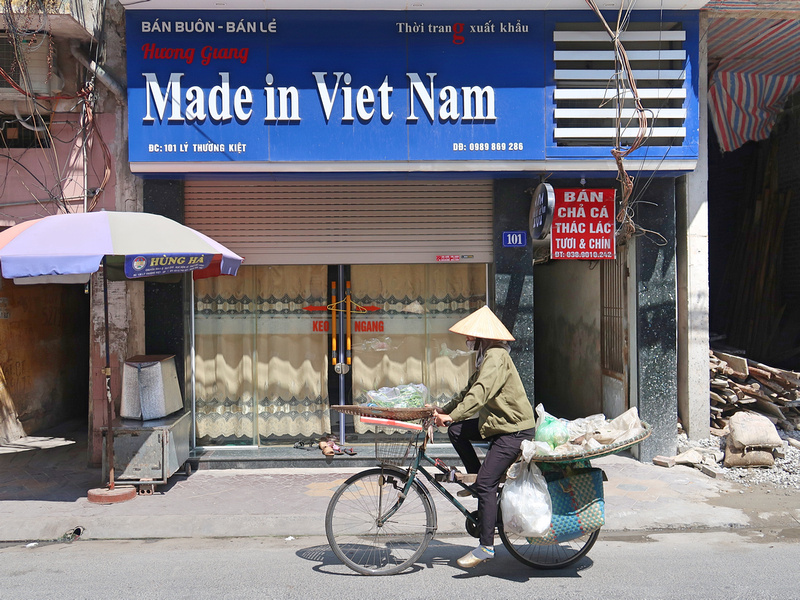 If you are visiting Vietnam and only have a short time then Haiphong is not going to figure on your schedule. If you have the time or if you have the #overtourism blues after visiting Hoi An, then this is a good place to decompress.