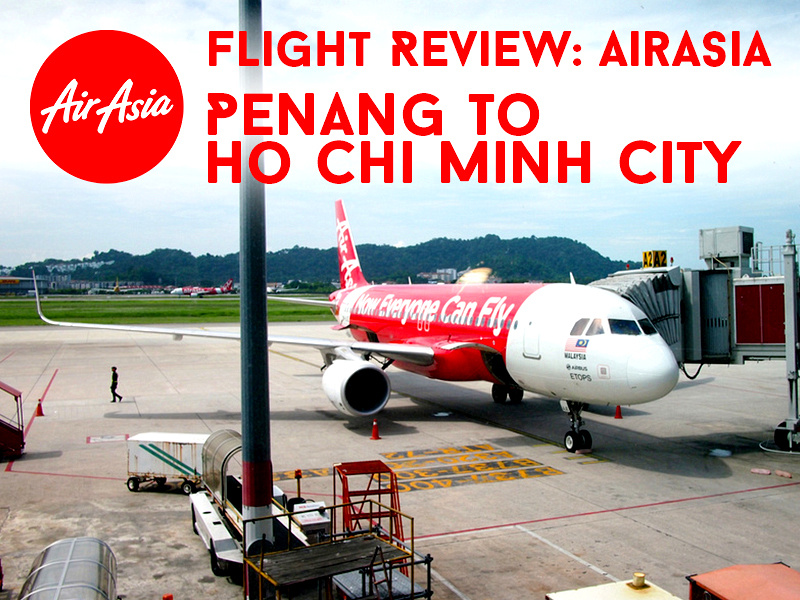 I flew with AirAsia from Penang to Ho Chi Minh City. As two of my favourite destinations in Southeast Asia I was happy to see that AirAsia had started this route. I already knew I was going to fly this route, but I still looked for flights with Skyscanner.com just incase there were other options. There used to be a flight from Taipei that flew to Penang via Saigon, but that doesn’t appear to be the case now.

The Penang airport (Bayan Lepas) is at the bottom of the island of Penang, about one hour by bus from Georgetown. The airport has been recently renovated and is a nice airport to fly out of. It’s not an AirAsia hub but there are plenty destinations to choose from here, making Penang a decent base if you like to travel around the region. 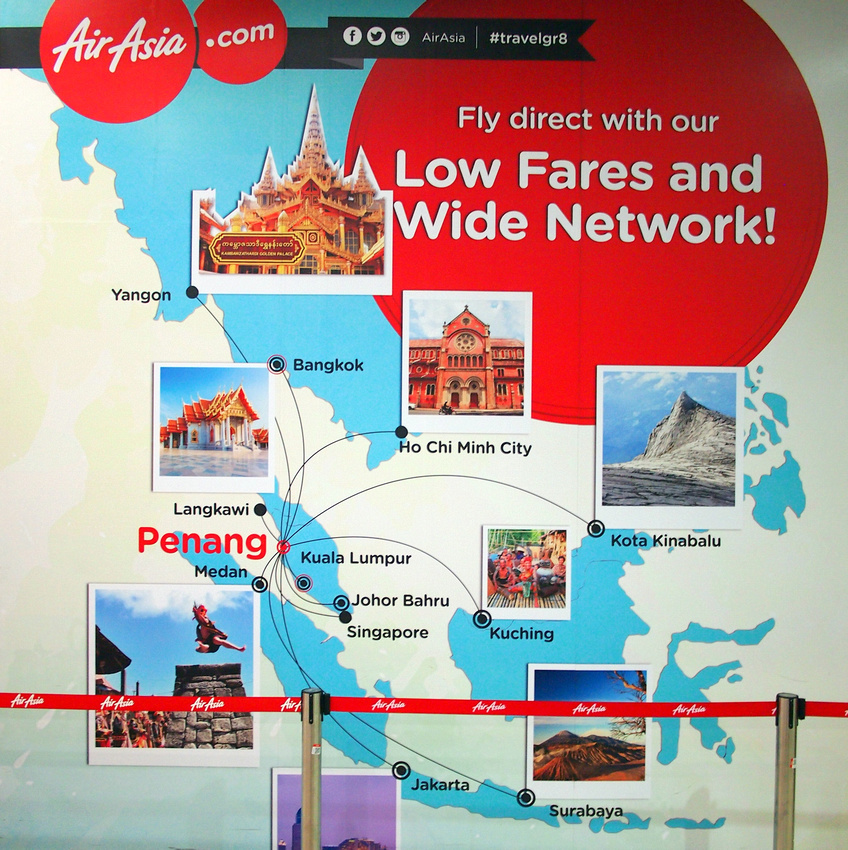 AirAsia have a bank of check-in kiosks at Penang so there is no formal check-in. You get a baggage tag printed here, then you go to the bag drop where there is someone checking ID and doing the rest of the formalities. I’m not sure how this saves time but this is how airlines work now. 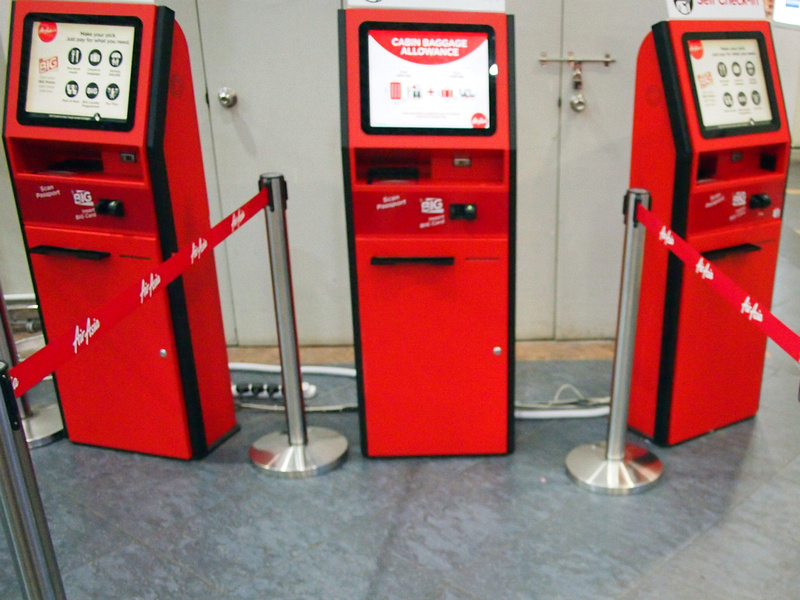 Another plus for flying out of Penang is that it is not a crazy busy airport so getting through customs is quick. I may consider entering Malaysia via Penang next time, as my last flight into KL took me an hour to get through customs. 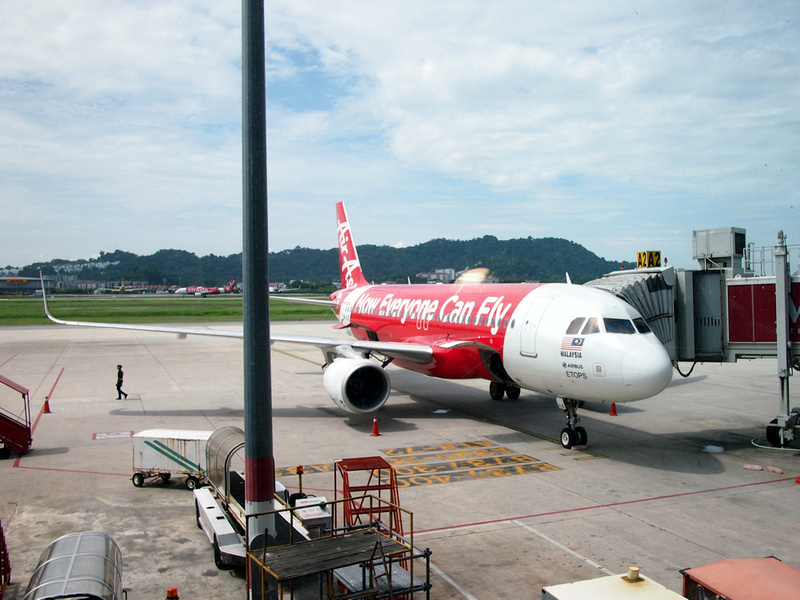 I checked in early so I could work at the airport before leaving. Maybe I was the first to check in as I was allocated row one. I also got allocated a middle seat, so this is the pitfall of having a kiosk check-in where you can’t request a seat. 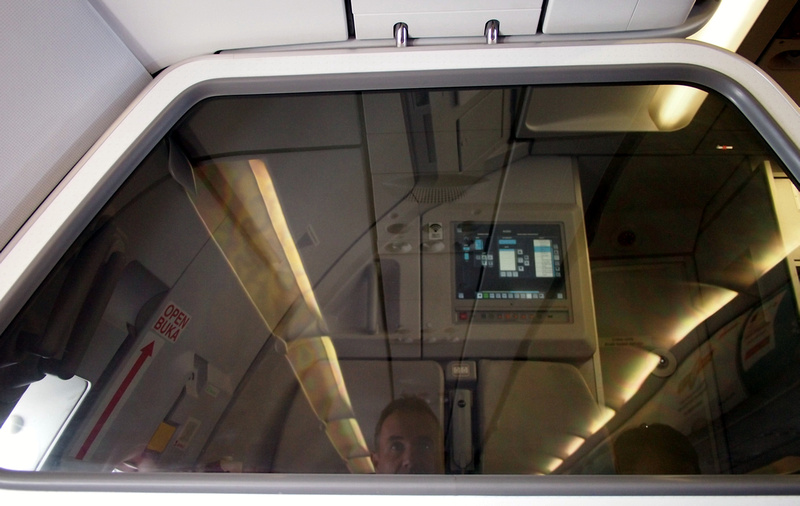 I still managed to sneak a view of Penang as the flight took off. Here is a view of Georgetown and the Penang Bridge, which is 13.5 kilometres long. 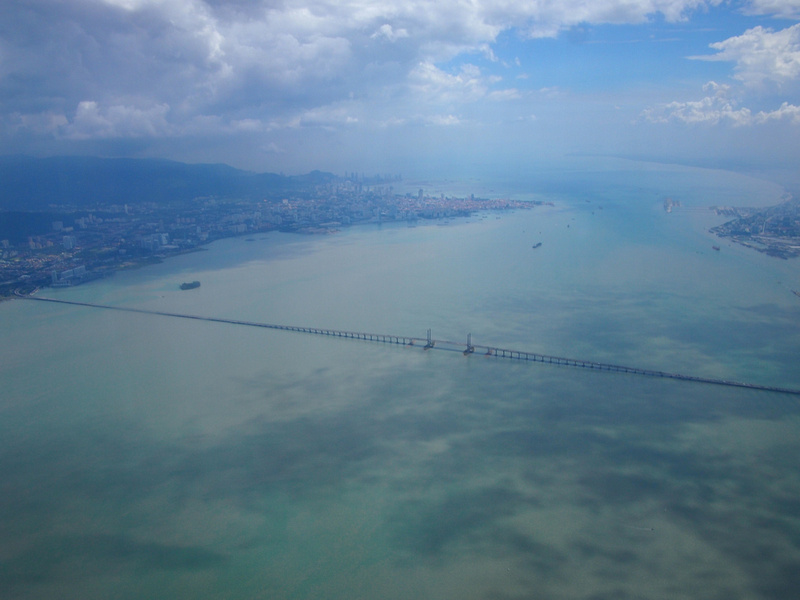 3sixty – the inflight magazine of AirAsia. 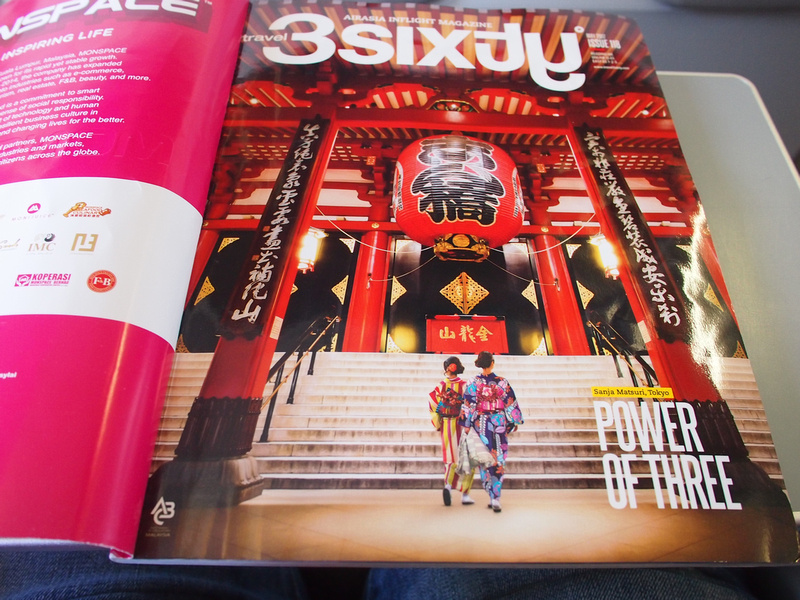 And the many destinations to choose from with Malaysia AirAsia. 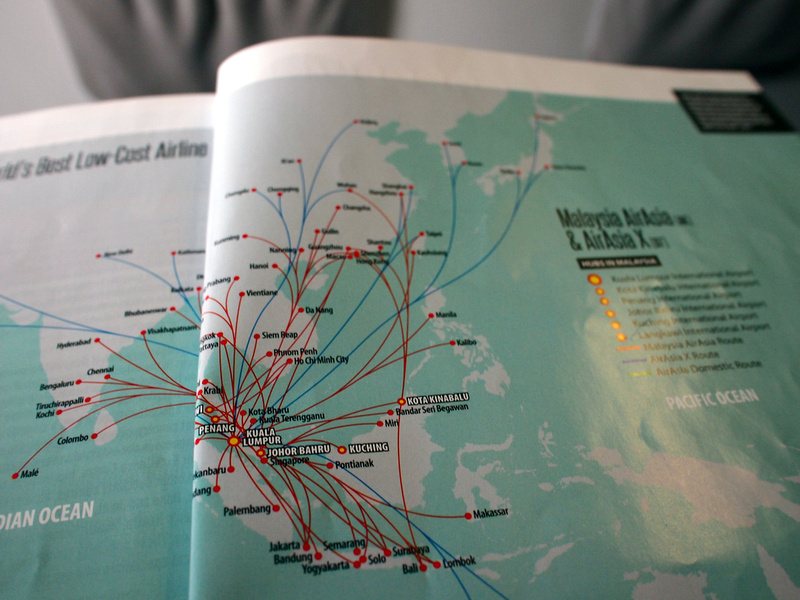 Penang and Saigon are two of the great food capitals of Southeast Asia, so I had no desire to eat onboard. If you are hungry there is a menu of hot meals available, which you can book online for a better price. 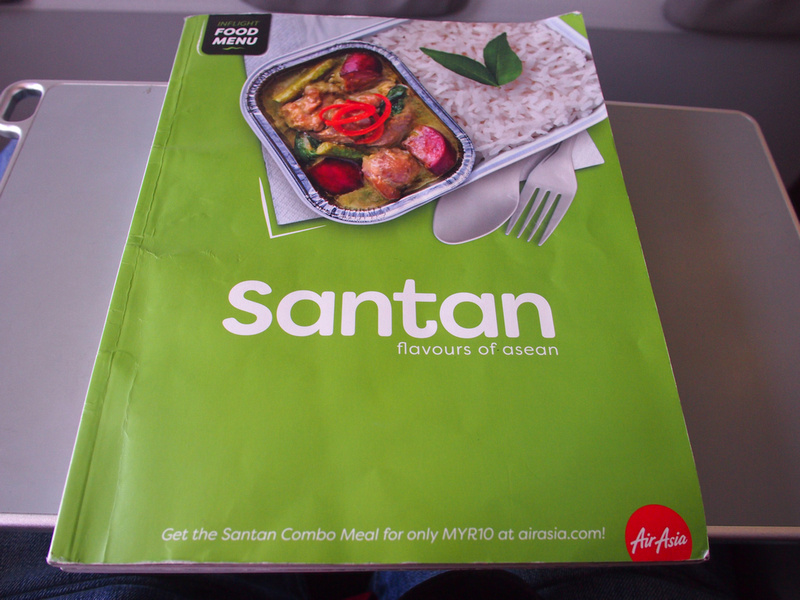 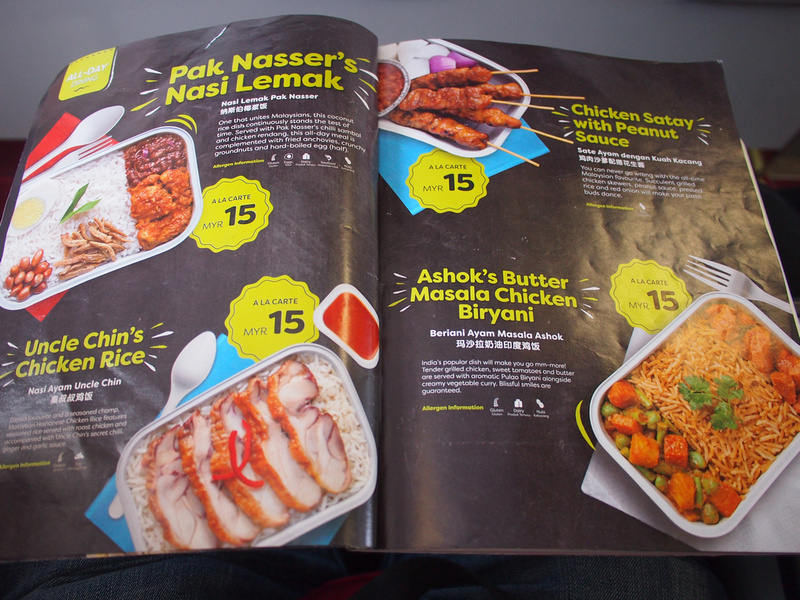 This flight had onboard wifi, and you can get free entertainment by downlaoding the Rokki app. 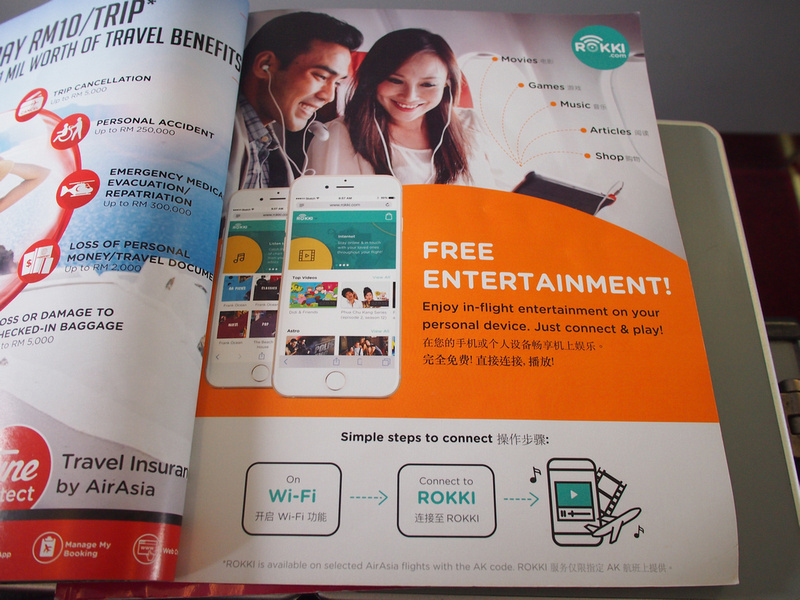 For all other internet you buy air time. This seems like the most fair system I’ve seen for wifi. 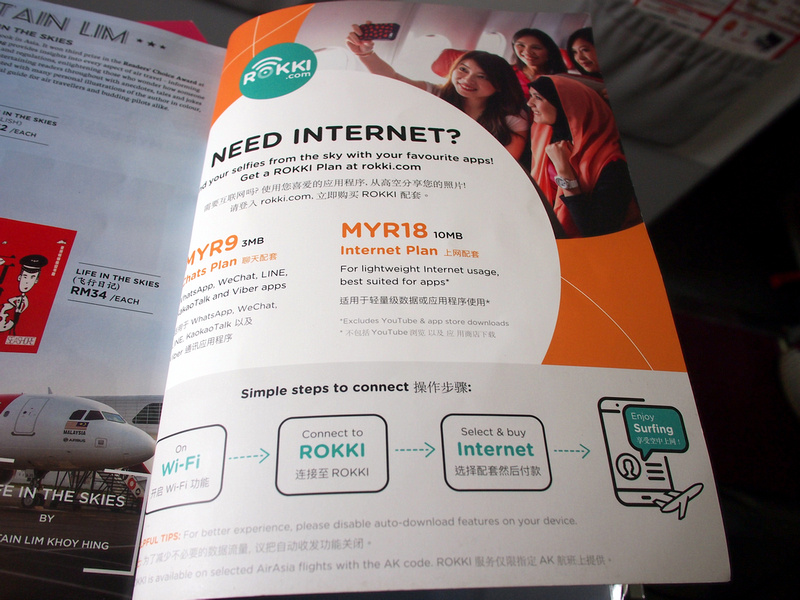 The flight arrived on time in Saigon, so another good flight with AirAsia.