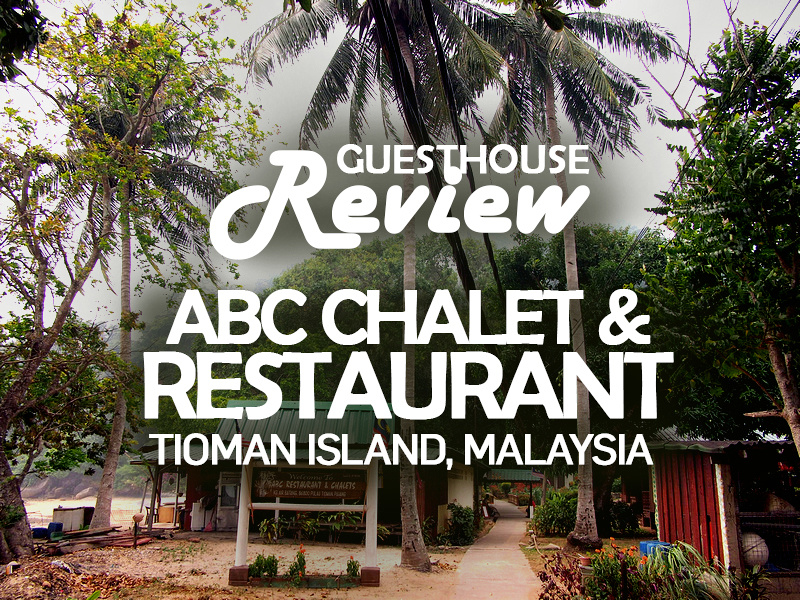 I stayed at the ABC Chalet And Restaurant on Tioman Island, Malaysia. I booked online for the rate of 85 Ringgit ($19.31 USD). Tioman is one of those places where you could turn up and look around for a place to stay, but for this particular trip I wanted a room booked in advance.

This guesthouse is located at the end of Air Batang (known as ABC Beach) which is the most popular spot for backpackers on the island. There isn’t much of a beach here compared to other parts of the island, but most people come here for the diving.

To get to the ABC Chalet And Restaurant get off the ferry at the Air Batang pier and then turn left. Walk along the path until you get to the end (less than 10 minutes walk).

The property is right on the beach with a garden surrounding the bungalows. 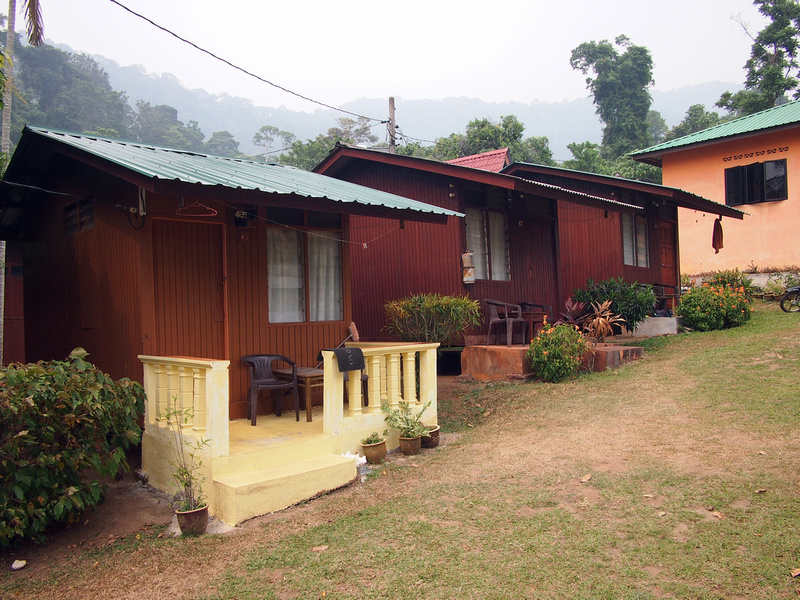 The bungalow I stayed in had a double bed and attached bathroom. The room was a fan room and came with a mosquito net. 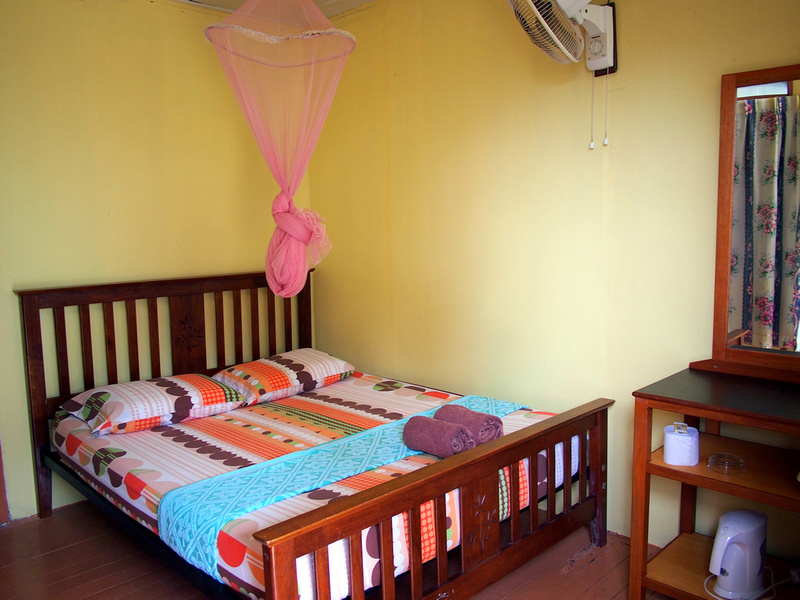 The bathroom was what you would call functional. It had a cold shower, the toilet flushed, and the sink worked without leaking so I was happy. (I had just come from two weeks of travel in Indonesia, where the guesthouse bathrooms were basic in comparison.) 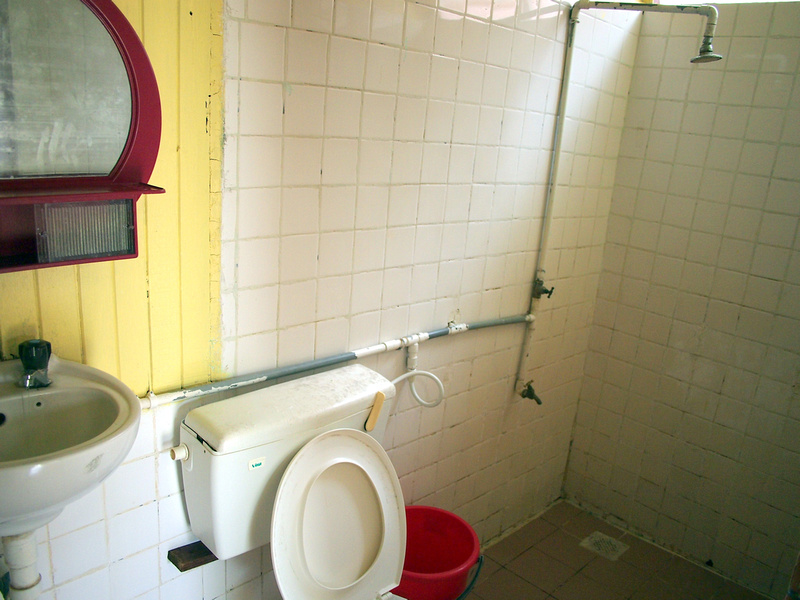 There was one power outlet in the room so my travel powerstrip came in handy.

The guesthouse theoretically has wifi but it’s turned off and on when requested. By the time I returned in the evening no one was in the office to turn it back on, so I didn’t get to try it out. I noticed that some other places didn’t have internet, so don’t expect too much when visiting.

Book the ABC Chalet And Restaurant online or search for more hotels on Tioman Island.