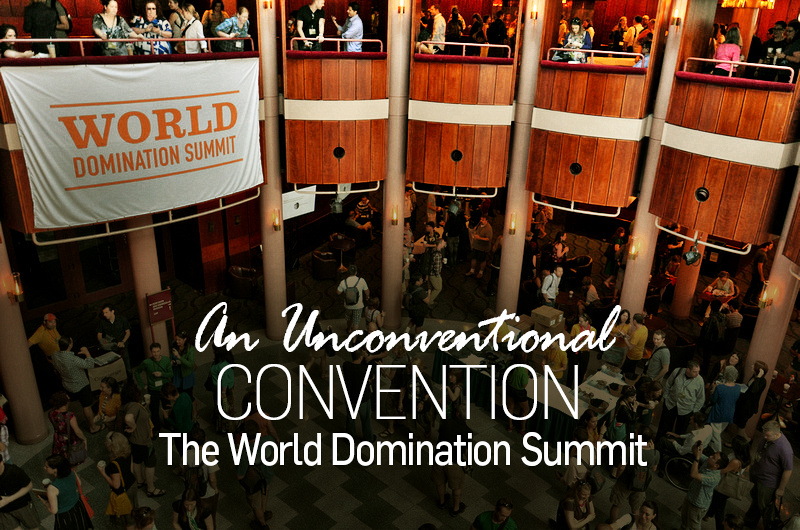 As a work from home (or in my case, away) entrepreneur I have no proverbial water cooler to mingle with fellow work mates. To make up for this I attend a few conferences each year that are in my field of work. Most of the conferences I attend are travel blogging related (such as TBEX and WTM.) This year I attended a conference of which I cannot adequately categorise, but I met more people there that get what I do than anywhere else I have been. The conference was the World Domination Summit. 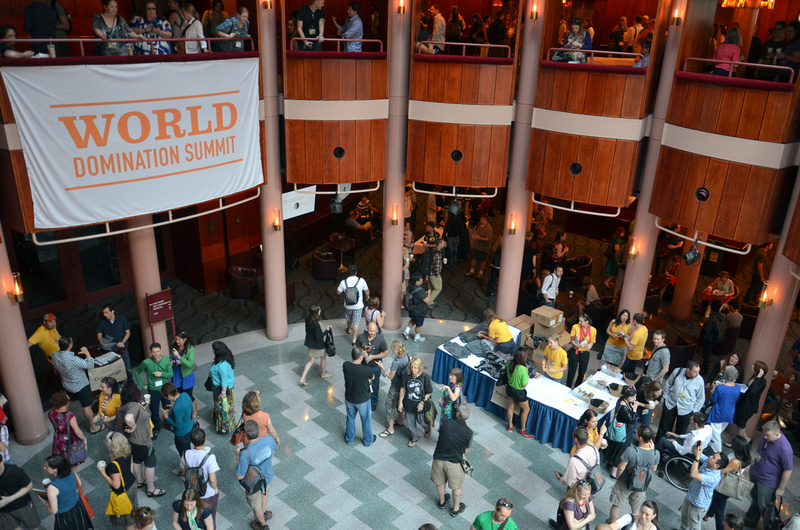 What is the World Domination Summit?

This is a question I was asked many times over the year, for which I found myself struggling to explain eloquently. Even when I was in Portland I was getting cautious reactions from some non WDS’ers. One sales assistant in a shop gave me a startled look and asked if the town will be safe. The tag line of the conference is a good start:

How to live a remarkable life in a conventional world.

To expand on this, the WDS is a place to meet self employed creative types who are looking to do their business or art (or both) in an unconventional manner. Many people came looking for inspiration to escape an unfulfilling work life, while many others there are already on the path and are providing inspiration.

WDS and The Art of Non-Conformity

I found my way into this community in 2009 when I stumbled upon The Art of Non-Conformity, the blog by WDS founder Chris Guillebeau. The site chronicles his quest to visit every country in the world before he is 35, mixed with inspirational posts on working by unconventional means. I was immediately hooked on the site.

In February 2010 Chris was passing through Bangkok so he held a “Non-Conformist meetup.” I was in Laos at the time so I so brought my return to Bangkok forward a few days so I could attend the meeting. I mean how could I not go to a meeting with such a name. I had every intention of asking Chris a hundred questions about travel and his site. Instead I found someone who asked more questions than any one I had met in a long time. That night I also met long term travellers and digital nomads who I know from the blogosphere for the first time, and looking back at this photo I see a few faces that were also at WDS 2012. 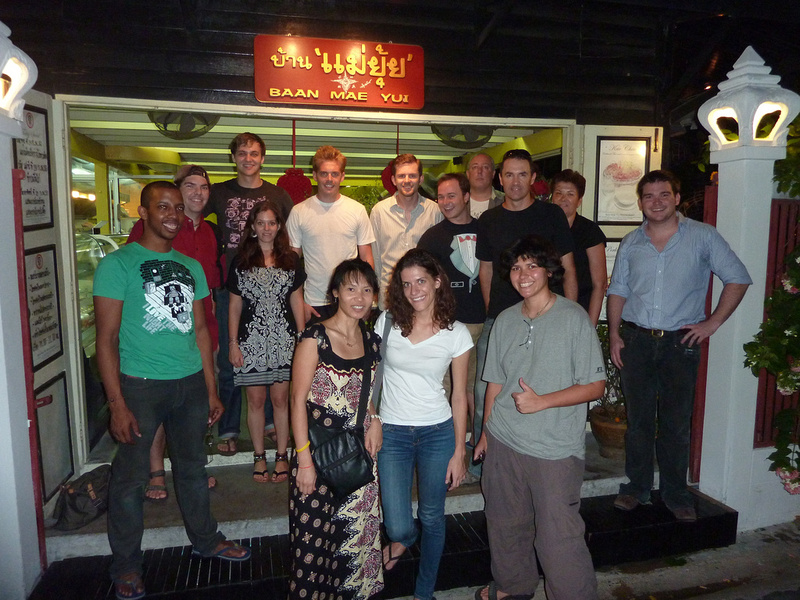 The first World Domination Summit was held in 2011. I didn’t go but one of my friends lead an inspiring keynote talk, and all of my friends who went came back in high praise of the weekend, so naturally I had to see for myself.

While I came to the conference on the back of glowing praise of previous attendees, I still arrived with a healthy dose of scepticism. I wasn’t sure what to expect. Was it going to be a conference big on talk but little on action? Or a conference with lots of self help/lifestyle design ebooks and mini courses for sale? Fortunately it was none of this, and the speaker selection were of people who are already walking the talk and leading inspiring lives. In fact the speaker quality was like nothing I had ever experienced at any other conference.

Outside of the talks and break out sessions was of course the mingling with fellow attendees. All one thousand of them. I find large crowds at conferences overwhelming, but broken down into small groups and one-on-one’s this is where I found the most value.

While I have a hard time trying to describe to outsiders what this convention is about, at the convention itself I found I myself in the rare position of being able to tell people what I do without getting unusual looks. I didn’t really appreciate this until after the weekend when I went back out into the general population again. On the flight out of Portland I was trying to explain my life to the person next to me, and it took a lot more explaining. WDS was like having a holiday from having to rationalise what I do.

Here is more reading on what happened at WDS. 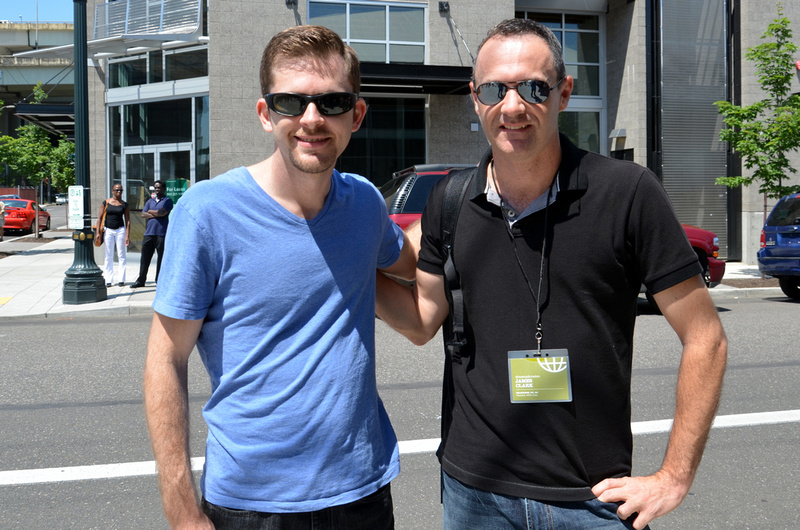 [With the ringleader of the circus – Chris Guillebeau]

WDS is a not for profit event. There is also no sponsorship of any kind, not even in the conference “swag bags”. At the closing speech Chris recalled that the 2011 inaugural conference was so not for profit that it made a loss of $30,000. On the back of that accounting lesson the 2012 event made a modest profit, and with the addition of funds from an anonymous donor it turned out that they had a profit that worked out to about $100 per attendee. In an inspired move, Chris gifted back $100 to every paying attendee of the conference, with no conditions other than a note in the $100 in the envelope suggesting to put this towards an idea you might have.

The video of this moment can be viewed here: The $100 Investment

Before attending WDS I wasn’t sure if I would be back for another one. Even during the event I wasn’t sure if I needed to come back. It’s one thing to top up on inspiration at conferences, but it is another to go out and take action on your plans and talk. Upon reflecting on the weekend what I see now was a meeting of similar minded people of which I would otherwise not get the opportunity to do. I’ve booked a ticket, just in case I end up in the US again next year.

This years event sold out in less than half an hour, and next years pre-sale tickets have already sold over 700 tickets. If you are lucky enough to get a ticket I highly recommend going.