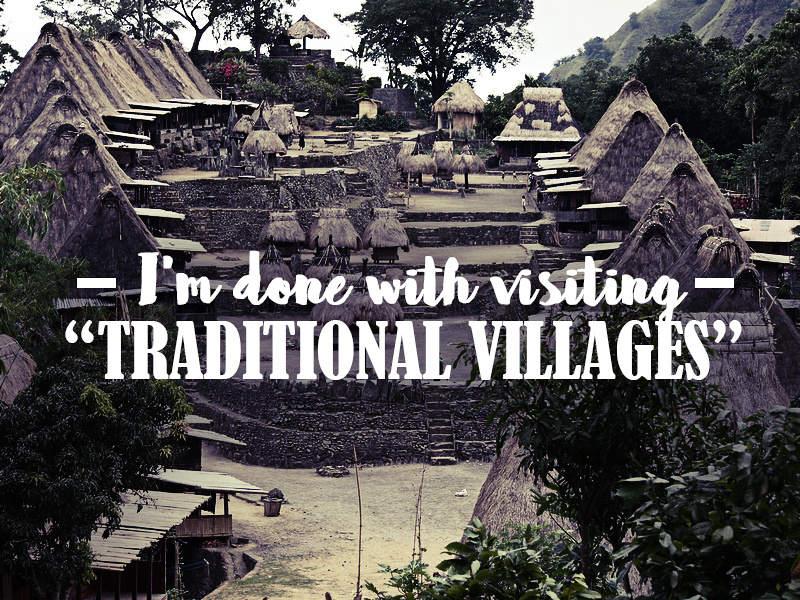 It was on a tour around Bajawa in Indonesia where I came down with traditional village fatigue. I had hired a bike driver to take me to the sites in what was a well-worn itinerary. The tour included a walk to a volcanic lake, a waterfall, hot springs, and visiting traditional villages.

The traditional village part of the trip involved visiting villages that had been spared from modern development. Riding around this region of Flores you can see these old homes that were the style before the age of concrete. That in itself was interesting, and I would have been satisfied riding around all day taking in the scenery.

It was when we visited the villages that the trip started feeling forced and unnatural. Upon arrival there was an entrance fee and guest book, along with a gauntlet of souvenir sellers to negotiate before stepping into the village.

Even with the entrance fee there was some ambiguity over whether you could take photos of the residents without further payment. It didn’t feel right to me, so I didn’t take any photos.

After Flores I travelled to West Timor for onward travel to East Timor. I met a tour guide who provided a private transport service from Kupang (West Timor) to Dili (East Timor). On offer was a two-day trip that involved a detour to a traditional village. I thought about what it would involve and instead opted for the 12 direct bus ride.

I was traditional-villaged out, and I decided then that I will avoid such tours in the future.

Not all tours are bad 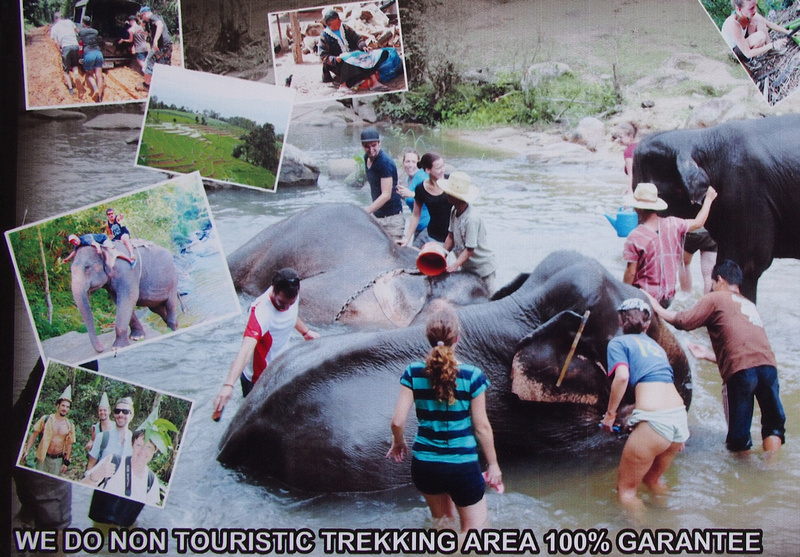 Even though I have become wary of such “meet the locals” tours, there are exceptions. I have been on some excellent tours that visit remote villages. One such trip was the Coffee Journey tour in Northern Thailand. It helped that I knew the organiser of the tour – Lee from Akha Ama coffee – who has cafes in Chiang Mai.

There were a dozen of us on the tour that went to the Akha village in the mountains of Northern Thailand. We spent the weekend in the homes of the villagers, without any amenities that a normal tour would provide. We were shown the process of coffee farming, from planting the seed to the final roast. It still remains as my favourite tour I have been on, and I made friends on that tour who I’m still in contact with today. 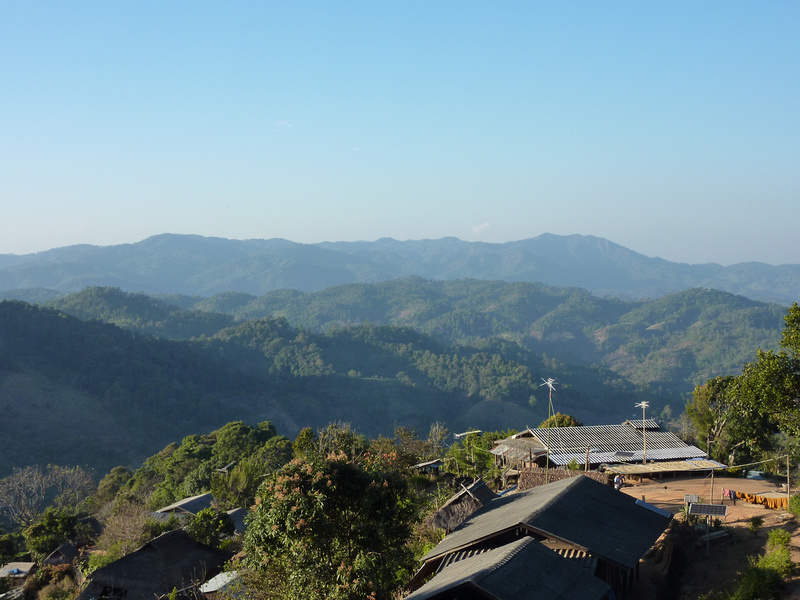 This was an exceptional example of a good tour. Most traditional village tours I’ve been on made me feel like I have just visited a human zoo. The long neck women tours of Chiang Mai is one example. We arrived at a “long neck village“, which was a row of market stalls set up for the stream of visitors that come from Chiang Mai every day. 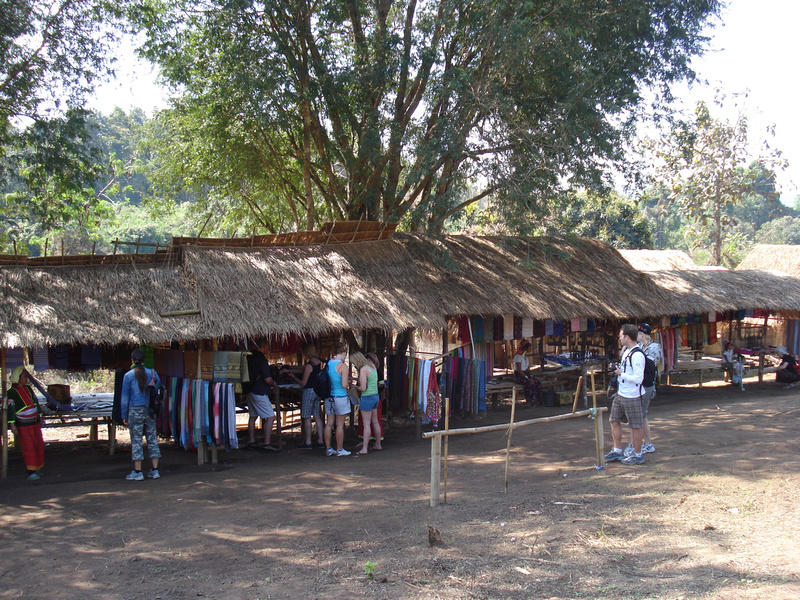 The Akha Ama tour was a word-of-mouth recommendation, so any future tour for me would have to be highly recommended.

If I’m coming off as a tour snob, I will say that I actually like going on tours. Sometimes tours are a more economical and time-effective way of visiting a place. For example I loved the Komodo tour I went on. We got to see Komodo Dragons, go snorkelling and visit beautiful beaches, without awkward visits to “cultural villages”.

If you want your travels to involve meeting people I think there are better ways of meeting the locals without signing up for a dubious tour. Here are some ways that have worked for me.

To see the little villages, stay in the big cities

Spend some time with Saigonese and you will soon find that many are originally from the Delta. During my time in Saigon I’ve met such people and have been invited to eat with their family and friends in their provincial homes.

While Saigon is an exceptional example for me because I’ve spent so much time there, I’ve met people during short trips as well.

One of my favourite experiences was in Kota Kinabalu in Borneo Malaysia. While I was there I made a friend with someone who had migrated to the city for work. My new friend invited me to her village to attend a wedding, so I extended my stay for a fews days to stay at her family home. I had no formal wear so they made sure I was dressed for the occasion. 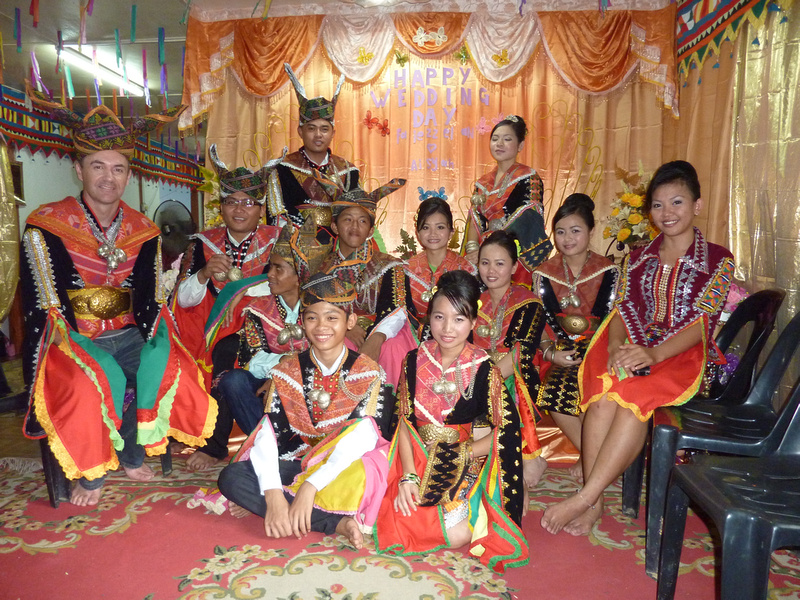 [At a wedding in Sabah, Malaysia.]

The village itself was unremarkable, and you would never stop there as a tourist. As an invited guest though it had context, and a more more memorable experience if I had of been bussed in on a tour.

I think there is a romantic notion among us travellers that we can go off the beaten track and an undiscovered village experience all to ourselves. The best article I have read about this is by Rolf Potts, who wrote about his experience trying to find an authentic travel experience by getting “off the beaten track” in Vietnam, only to find locals who were confused as to why he was there.

Another good place to meet people from the little villages is on public transport. If you take the local bus instead of the tourist minivan you will increase your chance of meeting someone who wants to speak English. On the bus that I ended up taking to East Timor I was talking to the guy sitting next to me who offered my his place to stay in his village.

Trains are good as well. In India I was speaking to a grandmother and her grandson on the train from Varanasi to Kolkata, and they invited me to their home.

Couchsurfing is a reliable fast-track way to meet the locals without without having to pay for the experience. I’ve only used it in Europe and the US, but I have friends who have stayed in provincial towns in Asia and have had positive experiences from it.

This article about tattooed tribeswomen in Myanmar covers much of what I feel is wrong with photo tourism. The article mentions how tour guides dragged ladies out of their houses while 20 people took pictures.

What does off the beaten path really mean? – Jodi at legalnomads.com shows that you don’t have to visit a far-flung destination to have a meaningful travel experience.