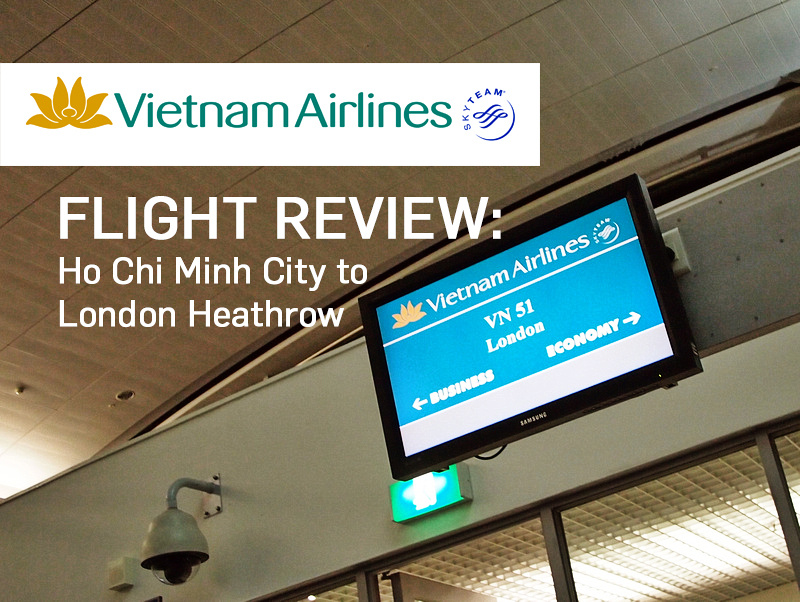 I flew with Vietnam Airlines from Ho Chi Minh City (SGN) to London Heathrow (LHR) which I booked via
Skyscanner, which is my preferred site to find cheap airfares. This was the return leg of a flight I took last year from Gatwick to Saigon.

Originally this flight was to fly to Gatwick but I got an email a few months earlier saying that Vietnam Airlines will now be flying into Heathrow. I prefer Heathrow so this was a welcome email. When I booked the ticket I didn’t really have an exact return date in mind; I just booked it because it was more economical to buy a return ticket compared to a single. If I had of known that Vietnam Airlines were going to be introducing the Boeing 787 to this route at the end of July I would have booked my ticket for then.

If you keep up with travel news you might have seen the footage of the 787-9 in Vietnam Airlines livery doing a near vertical takeoff at the Paris Airshow. Here is the video if you missed it.

Anyway, back to my flight which was with an old 777-200. I checked in the day before to secure an isle seat. There is an English section but the website is fairly clunky. I confirmed a seat but the site kept hanging when it came to sending me the boarding pass. This was no problem when I checked in though as they just printed one out for me.

The seats in economy are arranged 3-3-3. 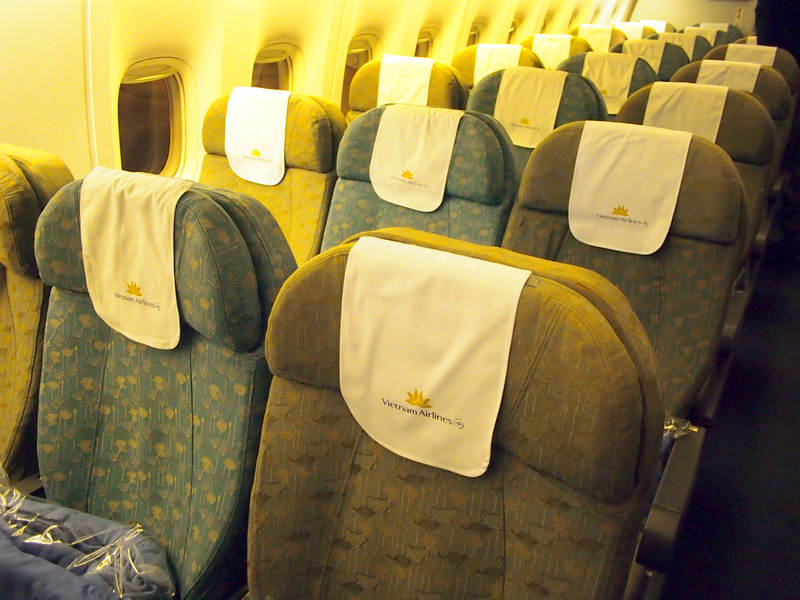 This flight was scheduled to leave at 12:05 am and flying time is 12 hours 45 minutes. A tough overnight flight that gets you into London at 7:20 in the morning. I don’t usually sleep on planes so that meant I would have to keep myself awake for the entire day to not get ruined by jetlag. 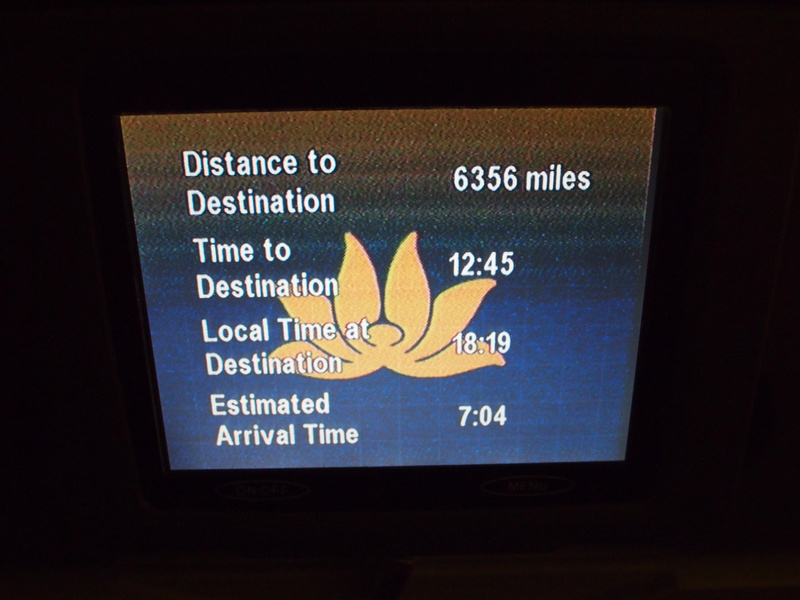 I don’t know how old the aircraft is but the entertainment system looked old with tiny screens compared with what’s on offer now. 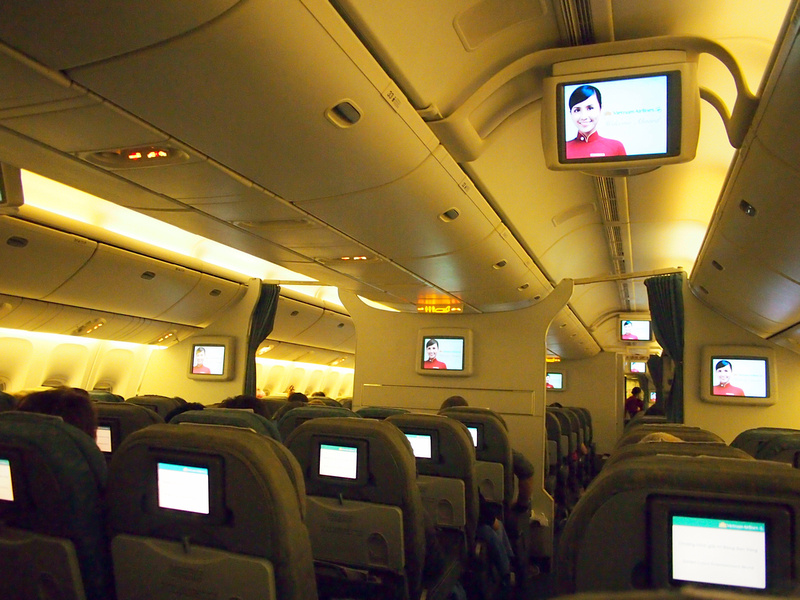 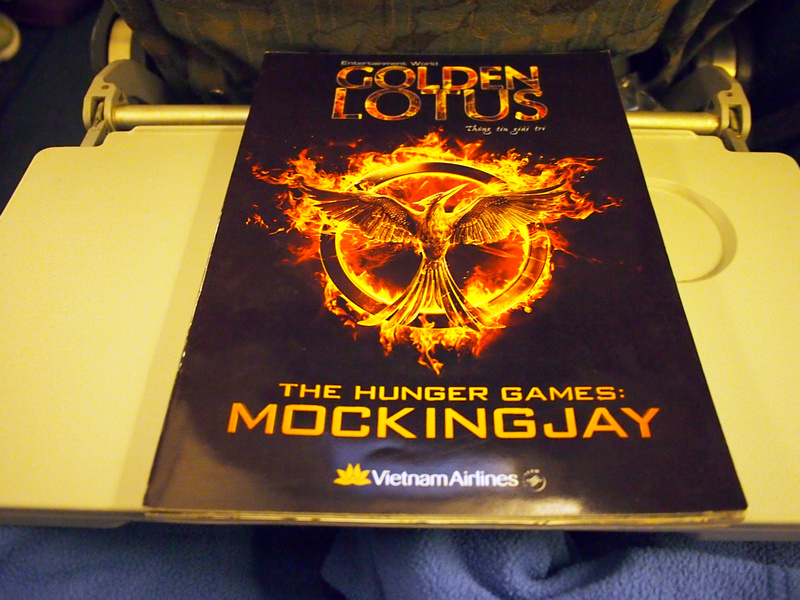 Dinner was served which was an option of fish or beef. I got the beef stroganoff with roasted potato wedges. It was alright, but having just spend three months in Vietnam no airline food can compare the terrestrial offers of Vietnam. 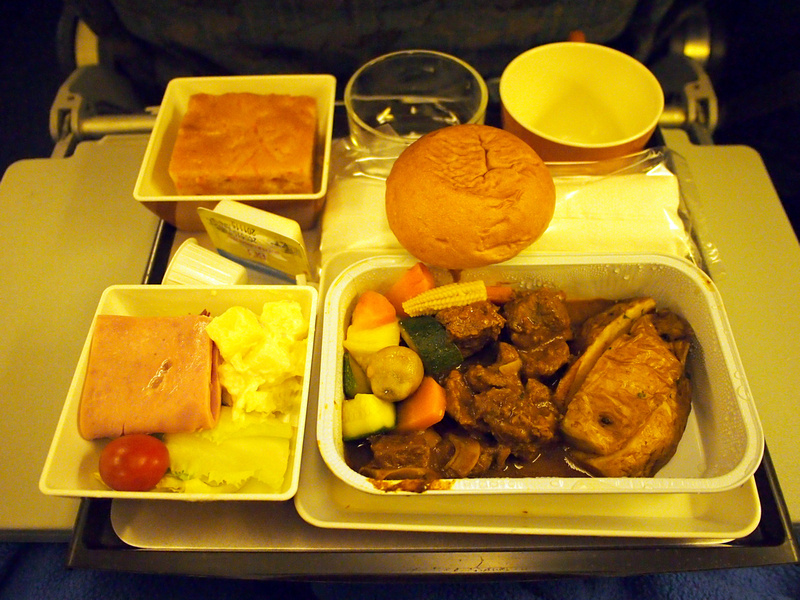 With no movies to watch I attempted to sleep. I can never tell if I went to sleep on planes. I always watch people sleeping enviously as the snore away for 8 hours. I get up often as well which doesn’t help. The lady on the window seat in my row got up once for the nearly 13 hour flight. I probably went to the toilet at least six times. How do people sit still for so long?

I think I did sleep for one or two hours so I consider this a good flight.

Breakfast was served somewhere over Romania, which I got the Spanish omelette with bacon and tomato. 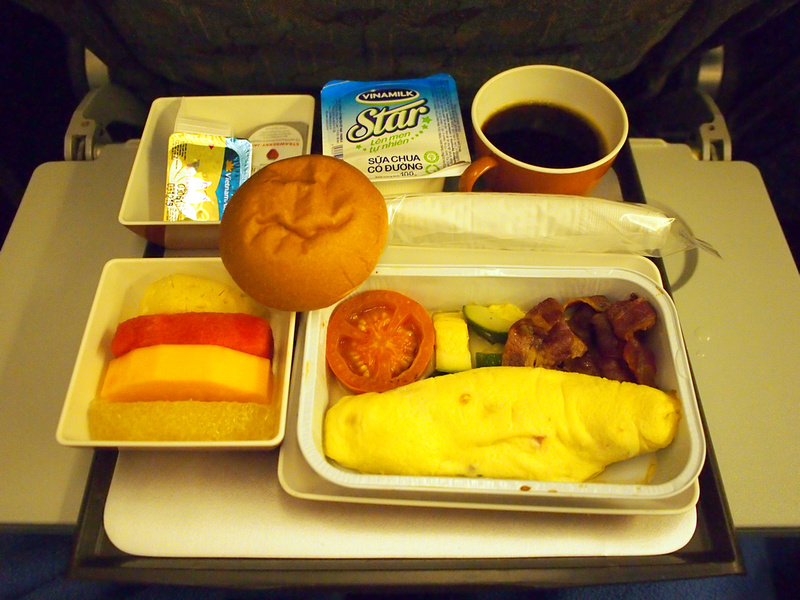 Our flight arrived in London on time and overall it was a comfortable flight for an overnight longhaul with no movies.