I have flown with Vietnam Airlines from London to Saigon and return, but I have yet to fly them from Australia. I am curious to fly them as they use 787 aircraft on the Melbourne and Sydney to Saigon flights

This was my first domestic flight with Vietnam Airlines. Usually Jetstar Pacific and Vietjet Air are cheaper, though if you book in advance you can find fares that are not much more than the low cost carriers.

It’s a competitive route and one of the busiest city pairs in the world, so finding a time of day to suit you is never a problem. Here is the list of flights available between SGN-HAN on one day.

I didn’t check in online so I used the self check-in kiosk at the airport. This was easy to use and there was no queue. At the bag drop there was no queue either, and with so many flights going to Hanoi the check in appeared to be open for all the flights. 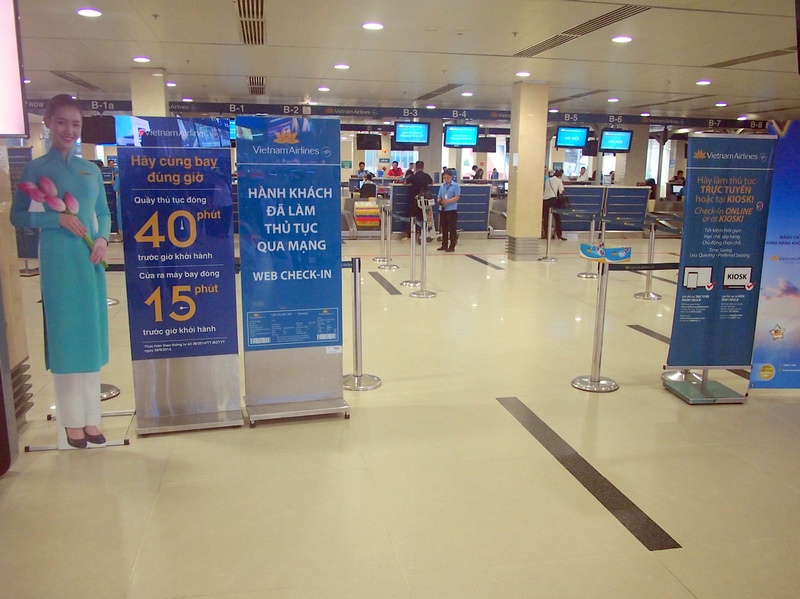 I picked a flight in the middle of the day as I wasn’t in a rush to get there. The flight was delayed about 20 minutes, which is a common occurrance for all airlines in Vietnam. This is such a popular route that wide-body craft are used on this leg for many of the Vietnam Airlines flights. Todays flight was on a A330-200. 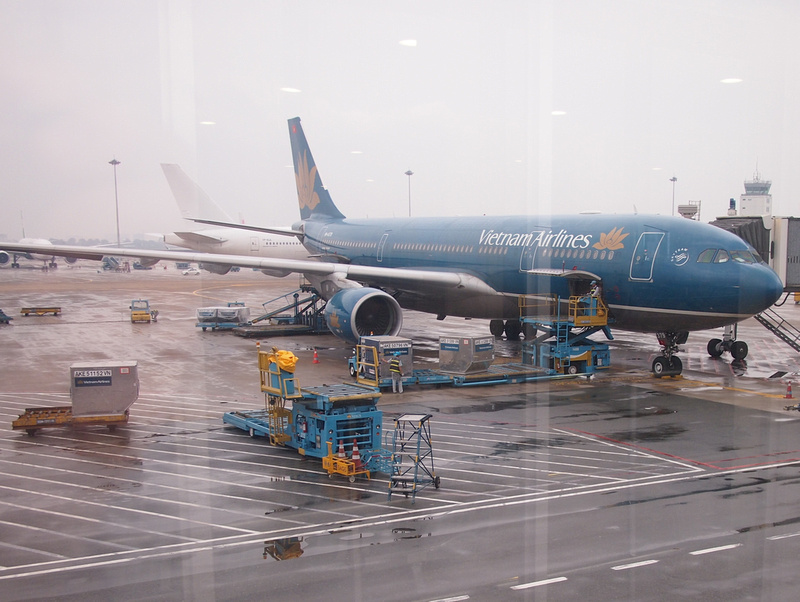 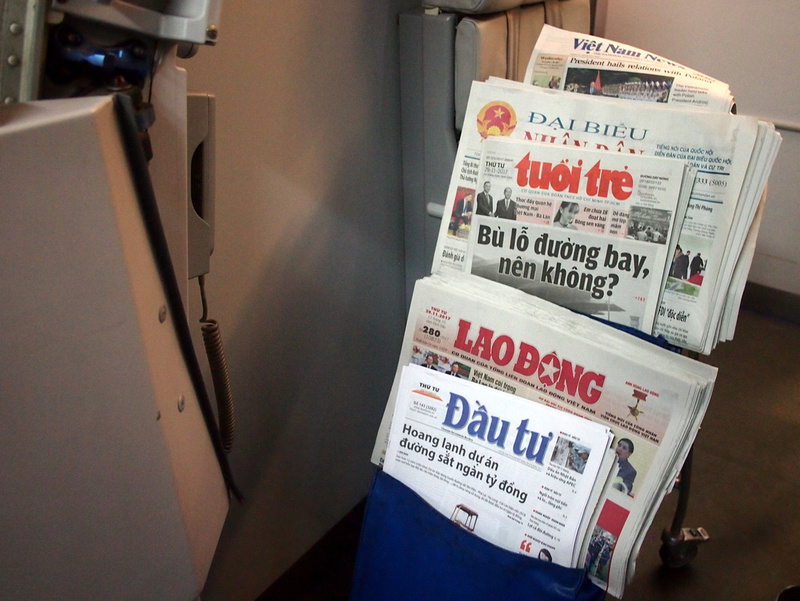 Heritage and Heritage Fashion – the inflight magazines of Vietnam Airlines. 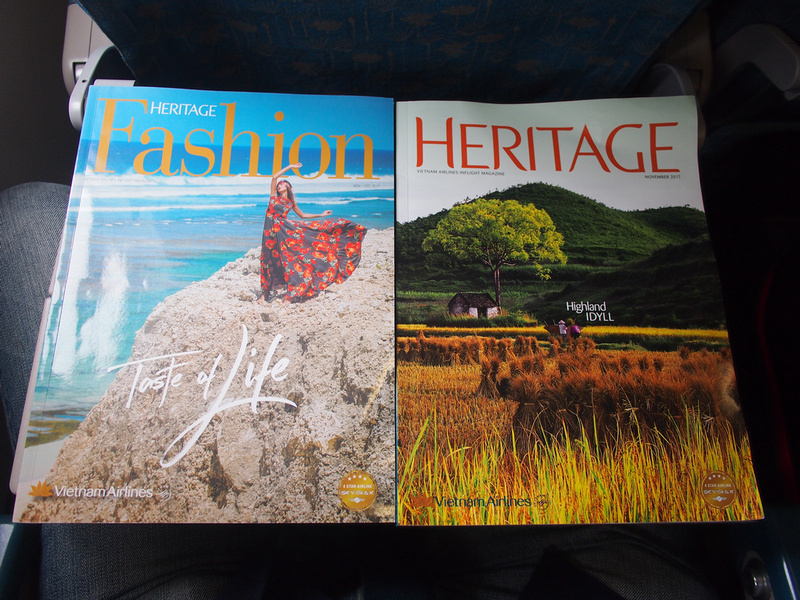 Most of the magazine is in Vietnamese, but I always flick through to see the ads to get an idea of what is going on in the country. For example Ronaldo is currently promoting a big development near Danang. And of course one must always check out the route map for future inspiration. 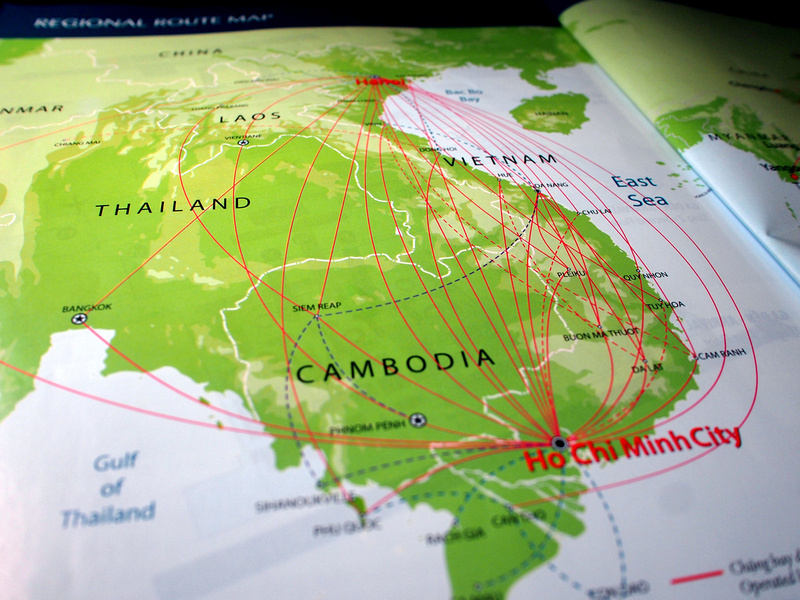 In addition to having a free checked bag, a free meal is served on the flight. Todays lunch was pork and rice. At first glance it looked very plain, especially when compared to a Singapore Airlines lunch. The pork was very tasty and the rice was just right so it was surprisingly good for an inflight meal. 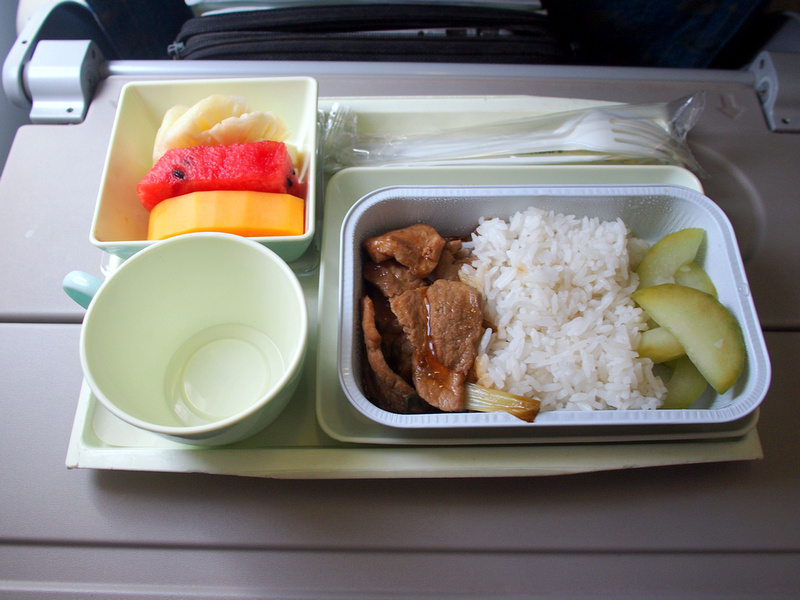 This A330 aircraft had entertainment units but they weren’t in operation, not even for the route mapping. Not sure if they aren’t used for domestic flights, or just for this occasion. The flight time was about 1h 50m, so not really worth watching a movie in that time. 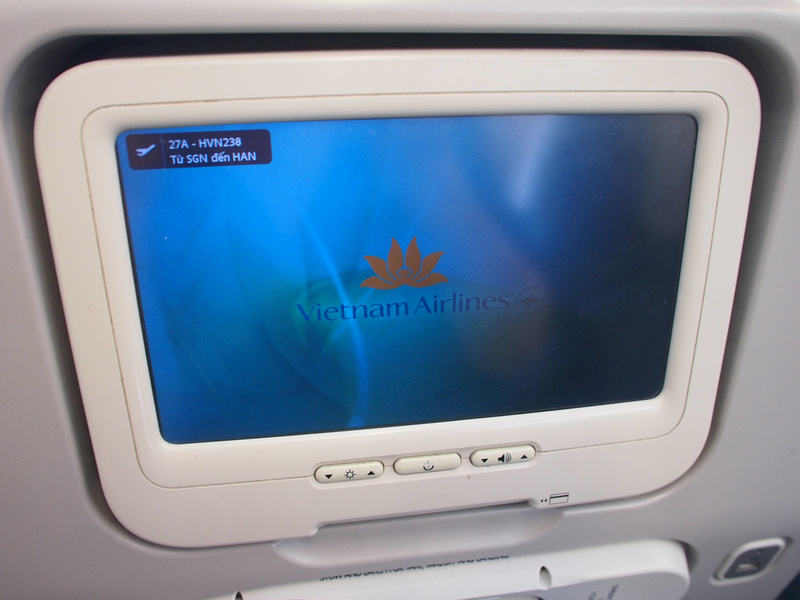 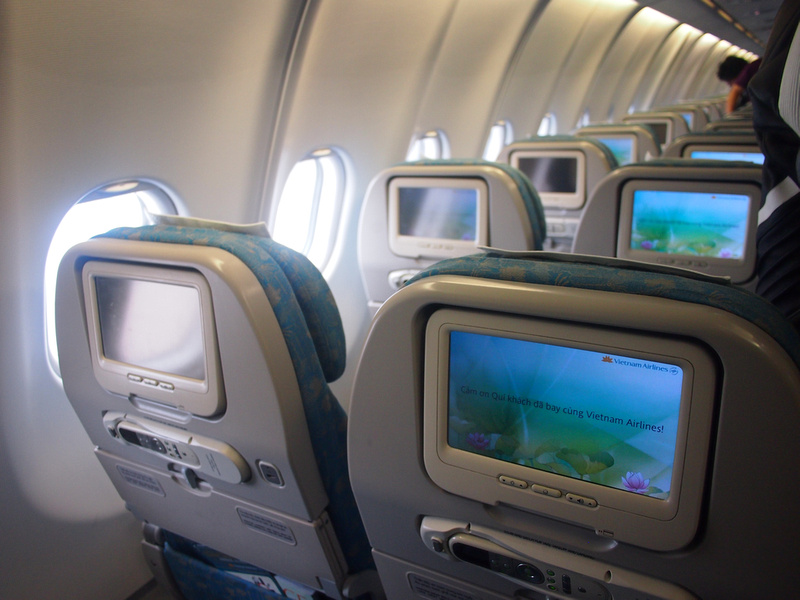 I used my Delta Mileage number for this flight but I didn’t get any points. The fare was probably too cheap to register points. I rarely fly Skyteam alliance so I have bothered to see if it would be worth joining the Vietnam Airlines program.

Overall this was a good flight option for travel between Saigon and Hanoi.