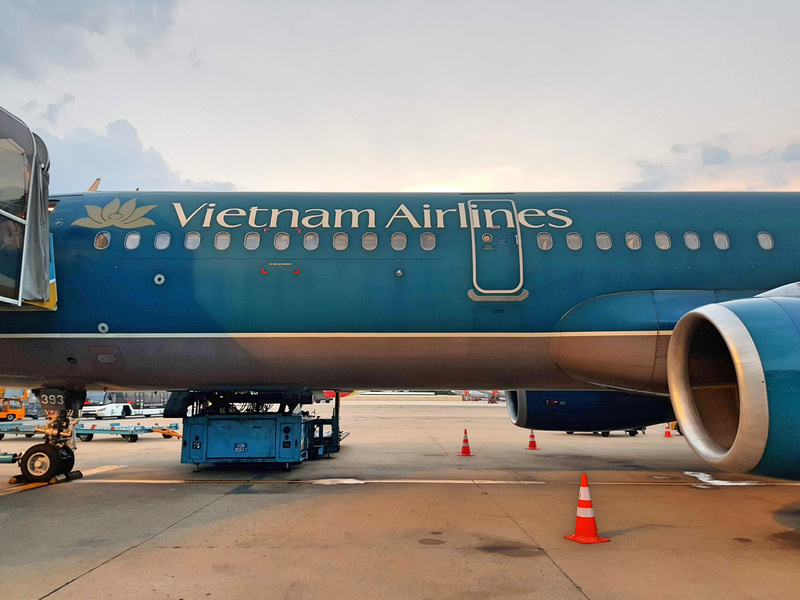 I flew with Vietnam Airlines from Ho Chi Minh City to Cam Ranh Airport (CXR), which is the airport for Nha Trang. I’ve flown this route before with Vietjet Air, who along with Jetstar are usually the cheapest. I always compare airfares first with Skyscanner just to make sure, and in this case it was Vietnam Airlines that had the best deal.

There are numerous flights throughout the day between Ho Chi Minh City and Cam Ranh, but I happened to be flying on the Reunification Day holiday so most of the flights were booked out or absurdly expensive for this route. I’ve also got the train between Saigon and Nha Trang, but it takes all day and runs at odd hours.

Being based in Vietnam I should have known not to travel on April 30, and when I booked the date was bothering me. I was soon to remember once the Liberation Day posters started appearing around the city. 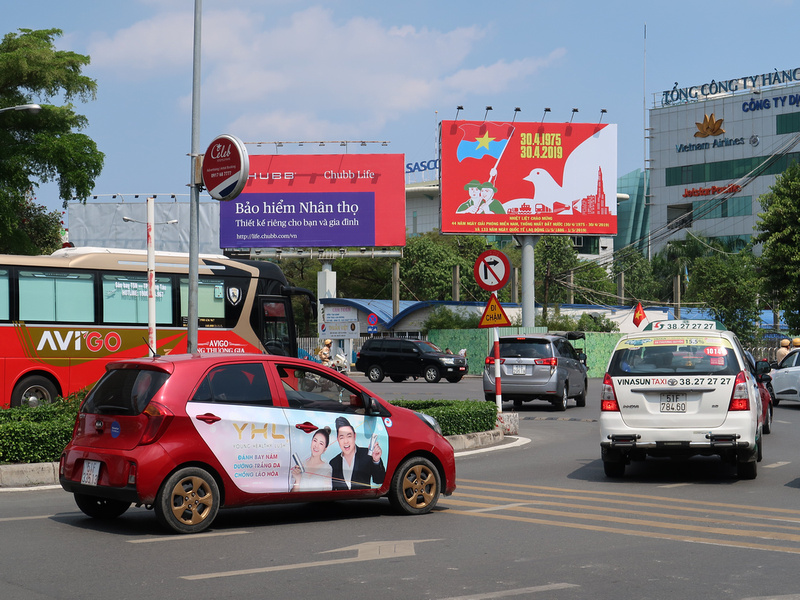 Travelling on the holiday day wasn’t so bad though, as the mad rush to the airport happens the day before. It was a smooth ride to the airport without any delays. 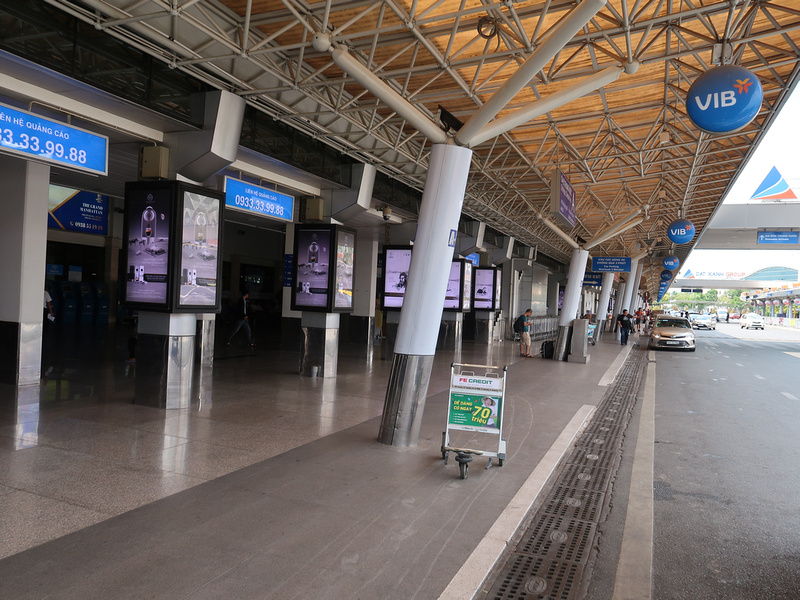 If I’m flying Vietnam Airlines out of SGN I usually use the self check-in kiosks outside. There you can select your seat, and I’ve never seen a queue here. 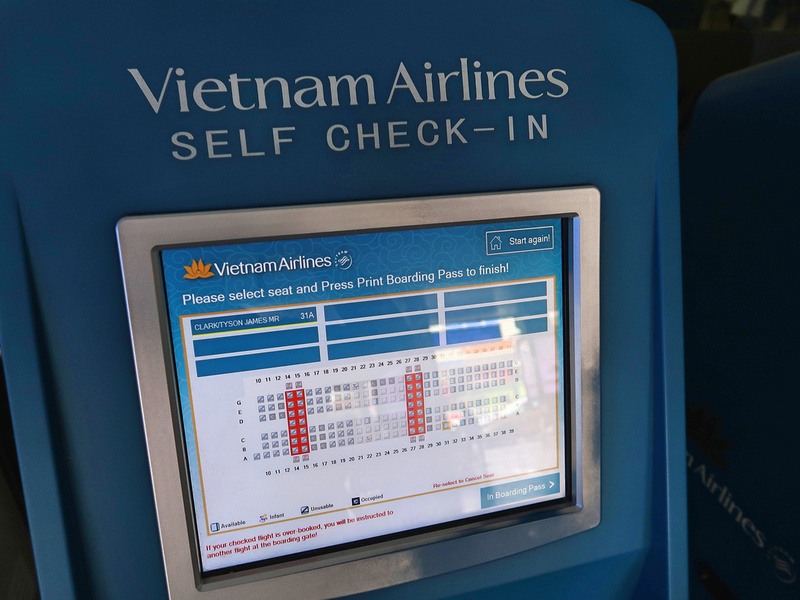 The bag drop area is also easy, with only a few people waiting when I dropped my bag. 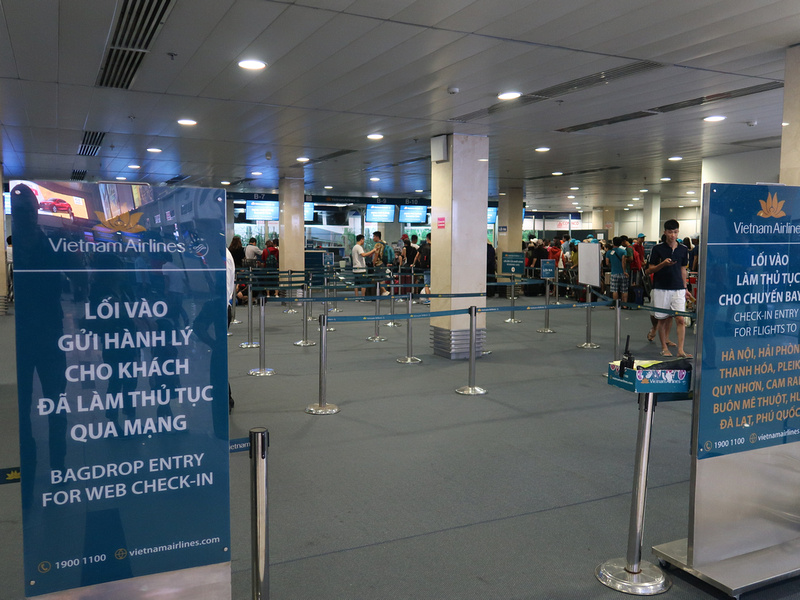 Some advertising at the airport for Nha Trang property developments, which was part of why I was going to Nha Trang. 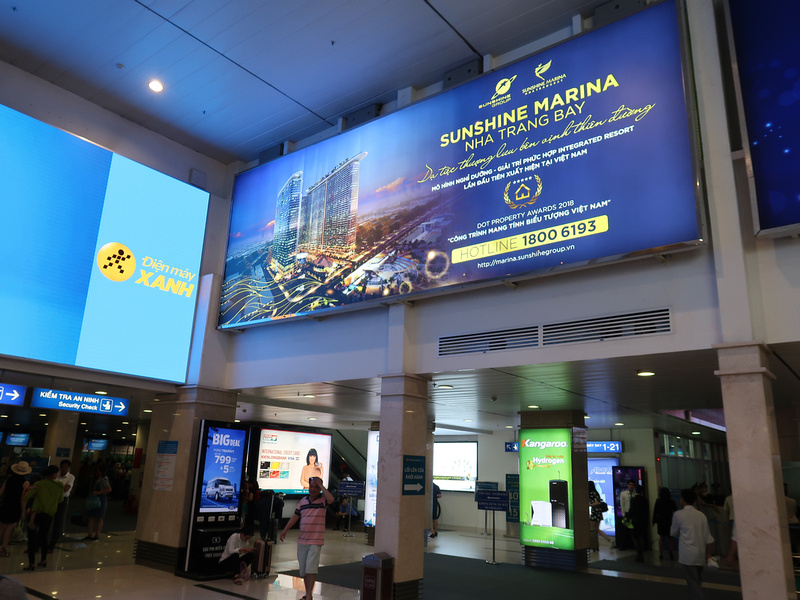 My flight was meant to depart at 17:35, and it was delayed to 17:50. Originally is was meant to fly out at 16:25 but it was rescheduled twice in the weeks before my flights. I had no reason to be flying so late in the day, but such was the unavailability of flights that day. 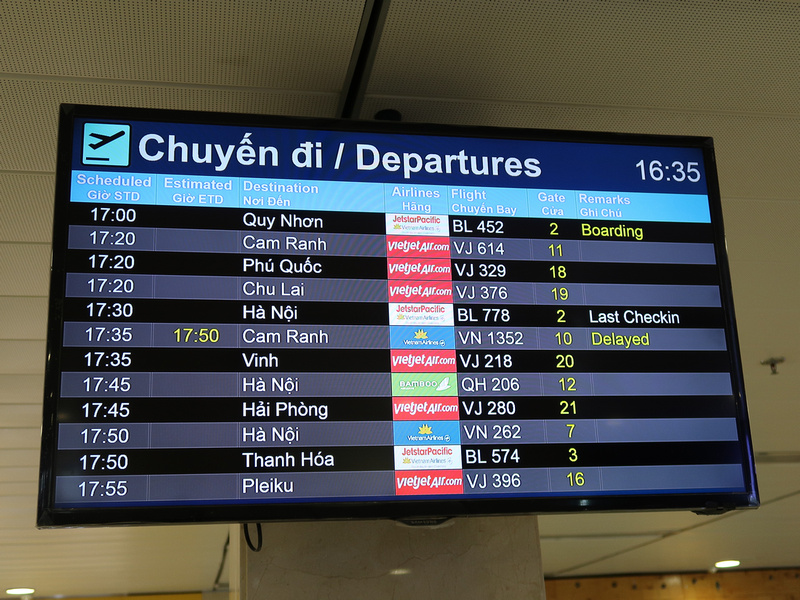 Vietnam Airlines flight 1352 departs at 17:30 and arrives at 18:40, with a scheduled flight times of 1H, 10M. Actual flight time is more like 40 minutes, so delays are built in to that schedule. 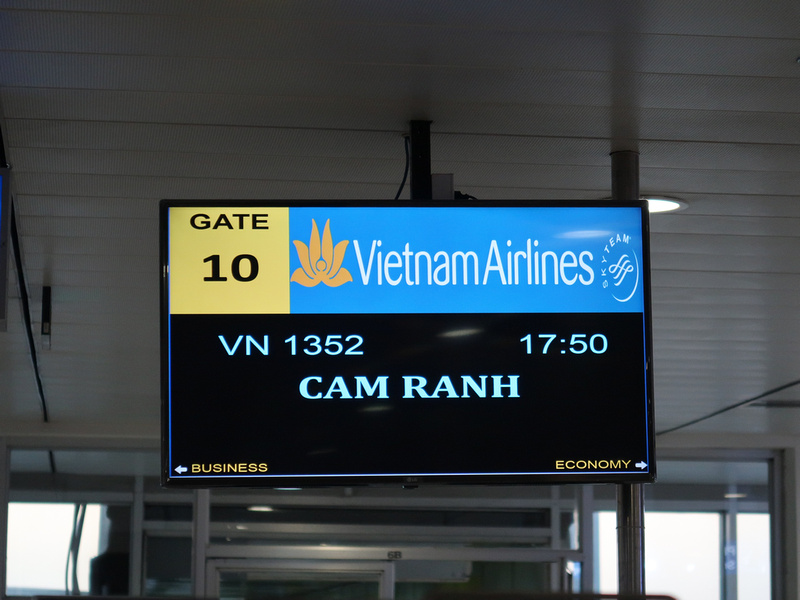 Ton Son Nhat airport is well known for operating at over capacity, so the chances are good that you may be getting a bus to the plane.

Usually it’s the low cost airlines that are without a gate, but today we were bussed to the aircraft. 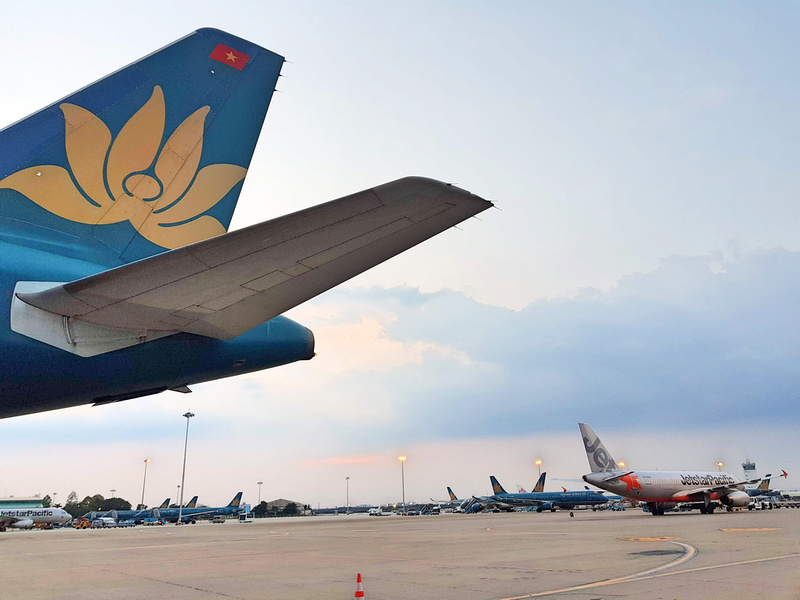 It was night time by the time we took off, so I got a good view of the night lights of Saigon. 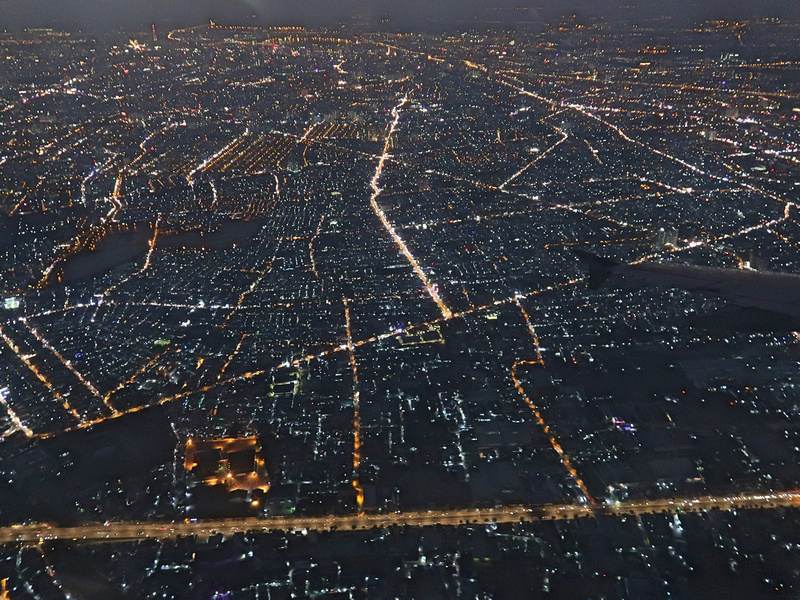 The best reason to travel with Vietnam Airlines over Vietjet or Jetstar is for the legroom. No way my knees are in danger of touching the front seat here. 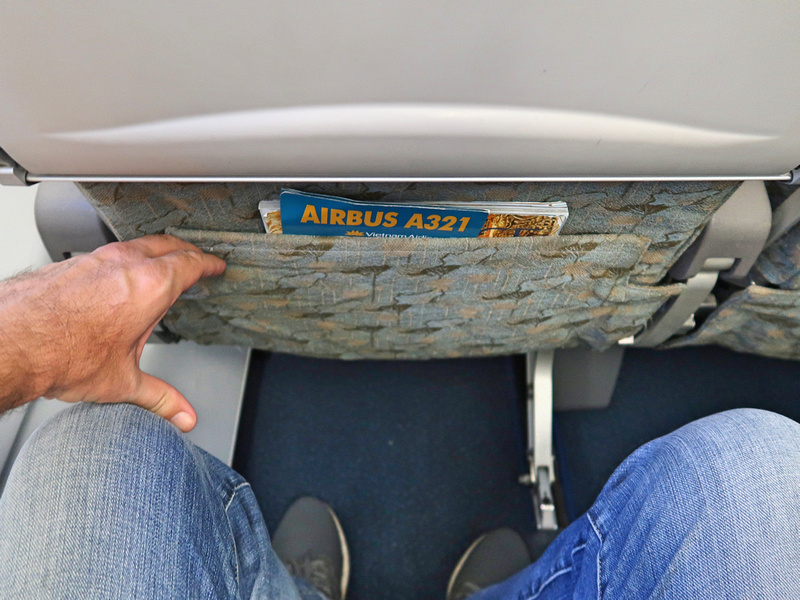 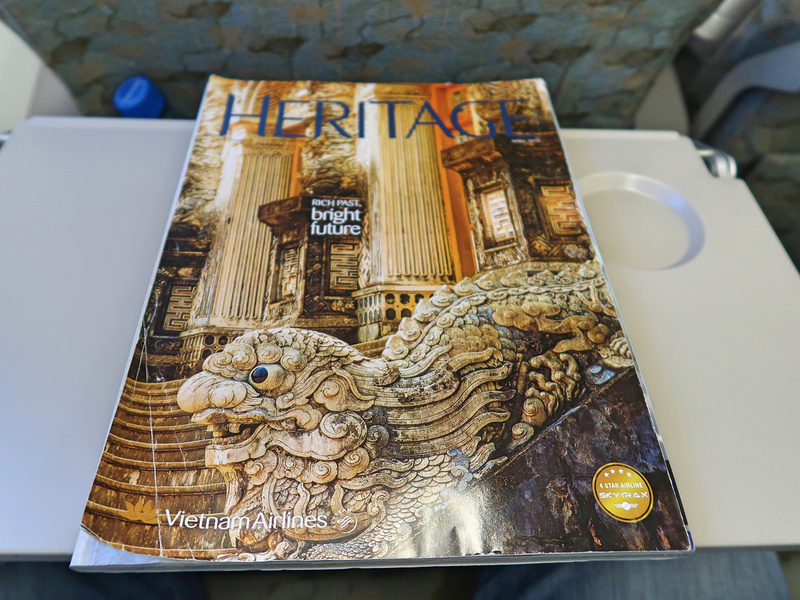 I always check the route map for travel inspiration, which is also a reminder that I have so much more of Vietnam to see. 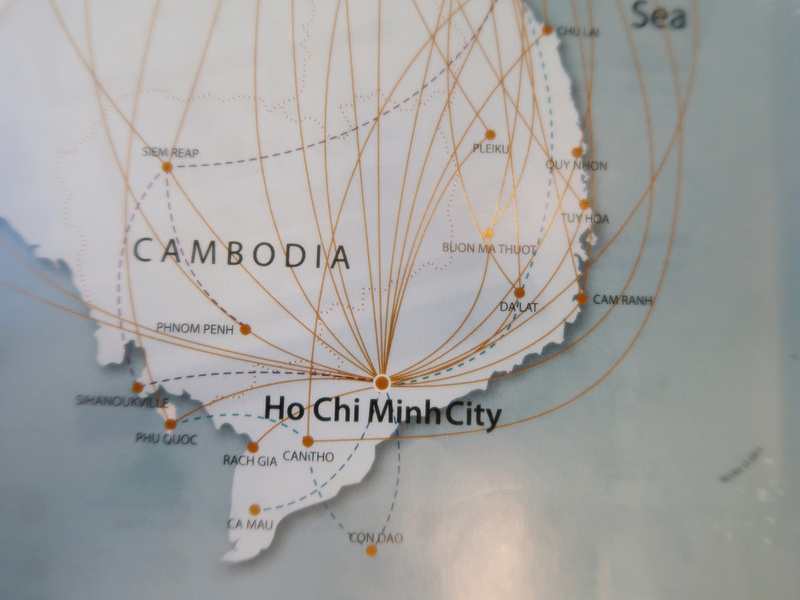 The magazine is also useful for me to see what property developments in Saigon are being marketed. This is a new 300+ metre Hyatt Hotel. 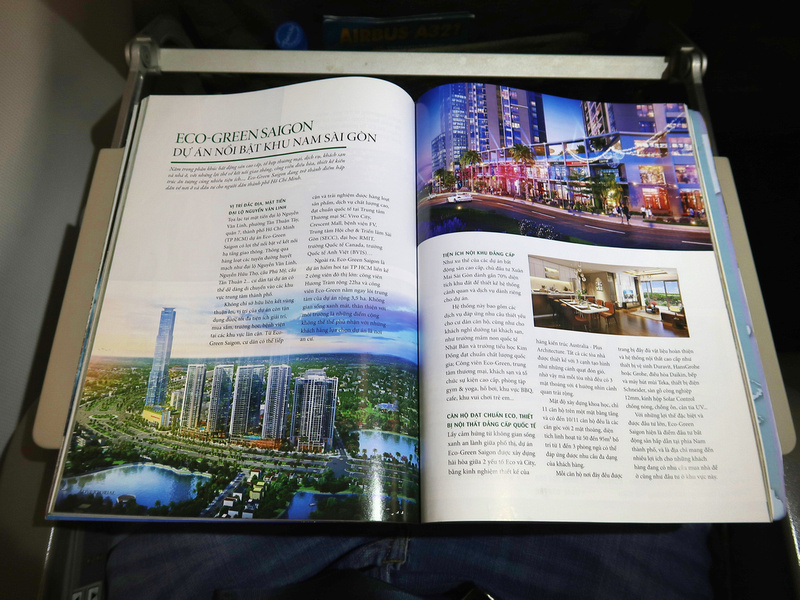 Being such a short flight there is no meal service, and there is barely enough time for a drink. Vietnam Airlines only offer Coke or water, which seems a bit lame for a full-service airline. 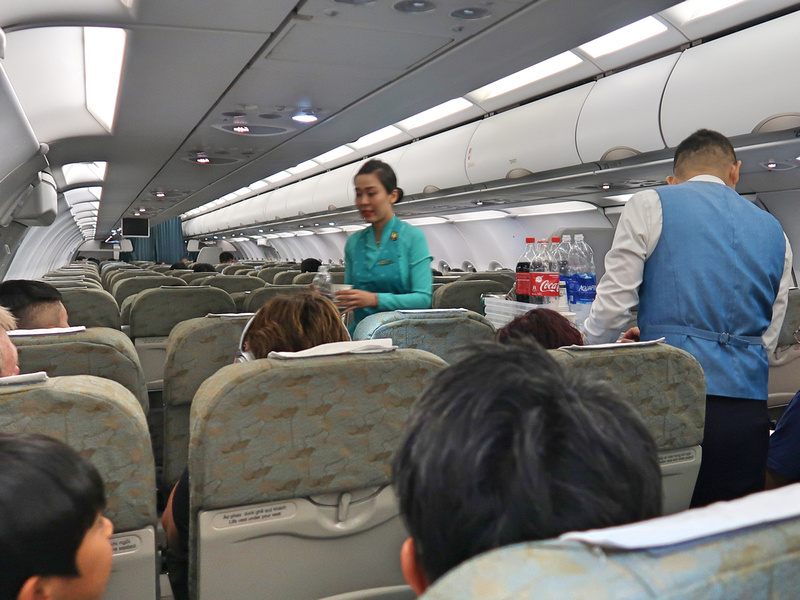 I got the water. 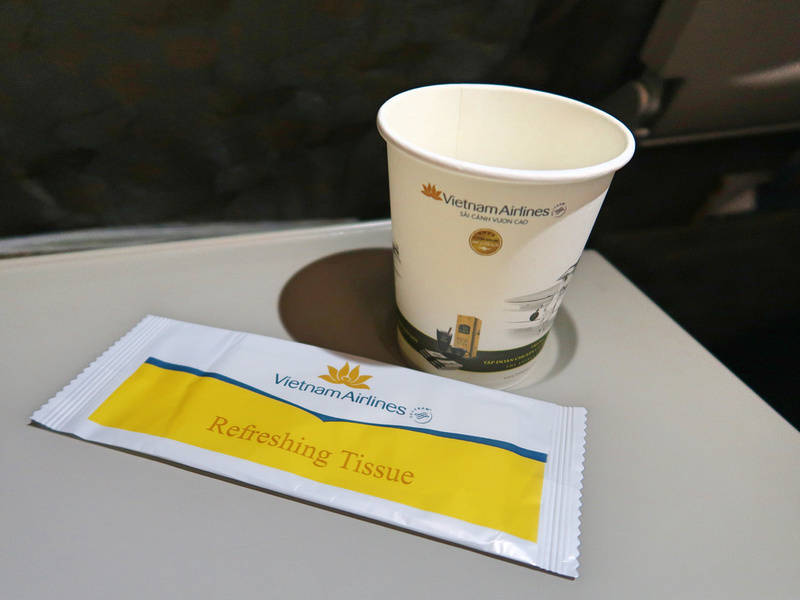 And no sooner had the drink cart gone down the aisle and we were flying over Nha Trang. Cam Ranh is 30KM to the south of Nha Trang. 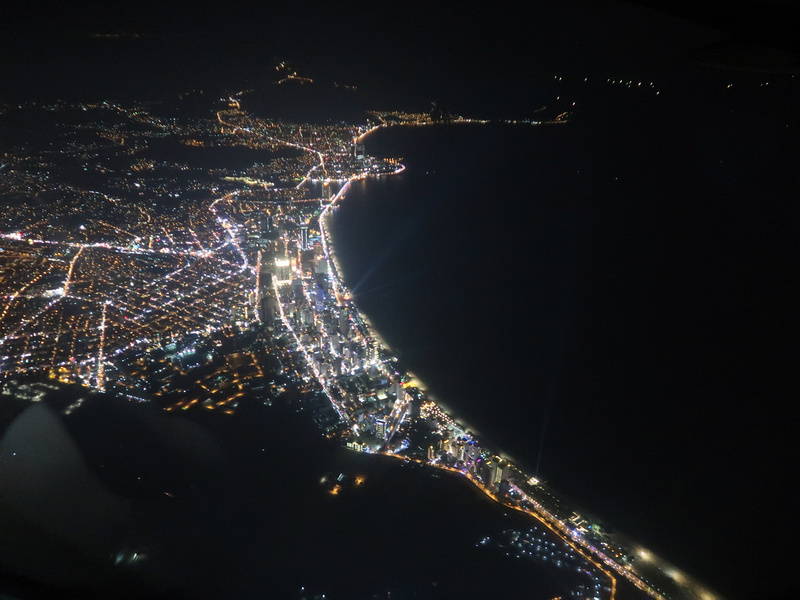 Overall this was a good flight option for travel to Nha Trang.