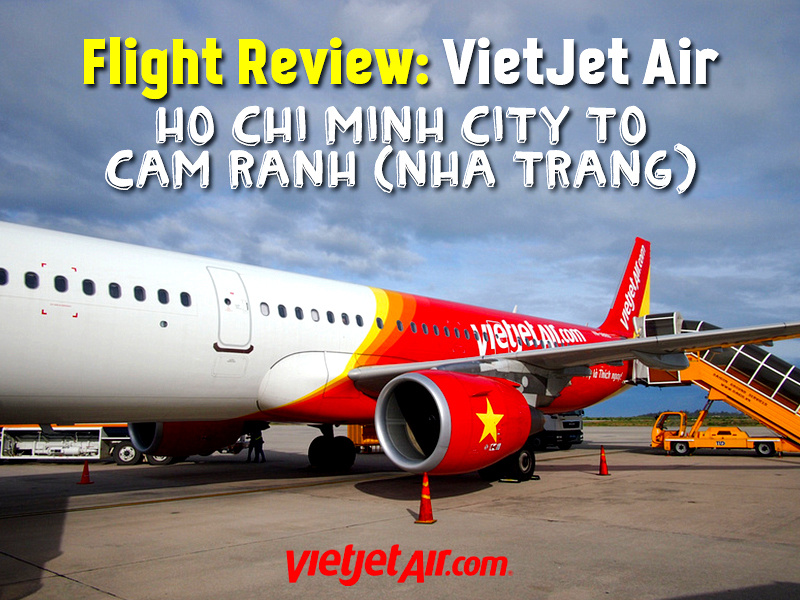 I flew with Vietjet Air from Ho Chi Minh City to Nha Trang. The flight is to Cam Ranh Airport (CXR) though it is marketed as Nha Trang. There used to be an airport at Nha Trang, which was in the middle of the city – a remnant of its war-era past.

There are a few airlines that fly this route so I compared airfares with Skyscanner and I picked this flight for a combination of price and the time of day it departs.

The Ho Chi Minh City to Nha Trang route by Vietjet Air gained worldwide notoriety on its inaugural flight when the airline put on a bikini show during the flight. The bikini-clad women were contestants in a Vietnamese beauty contest, and they put on a dance in the aisle. The airline was fined just over 20 million dong (about $880 USD), which is small change given the press and exposure the airline got from this.

The bikini incident has become a kind of marketing Chinese whispers, where it is said that the flight attendant wore the bikinis, and then the really lazy media just say that Vietjet Air flight attendants wear bikinis like it is their usual uniform.

I’m becoming very familiar with Vietjet now, having last flown them last month from Saigon to Bangkok. The online booking experience is still as clunky as ever, with the website still looking like it is from the early 2000’s. They also promote a cheap fare then add lots of extras after. The final price was still a great price, but I would prefer it if they just put the unavoidable fees into the total price. In the end my ticket was 353,900 VND ($15.50 USD) which is an amazing deal for any flight. I was only away for four days so I didn’t check a bag in this instance, which would have added extra. 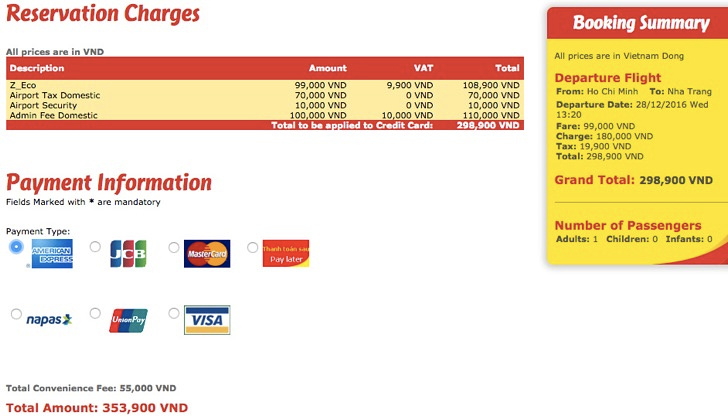 I forgot to see if there was online check-in (currently not for international flights) but there are check-in kiosks at the domestic terminal at SGN airport. There was a huge queue to check in so I was glad to see this option. When checking in here you can pick your own seat, if you didn’t pay to pick a seat when buying a flight. I know AirAsia don’t give you this option so I was pleased to be able to pick a seat. 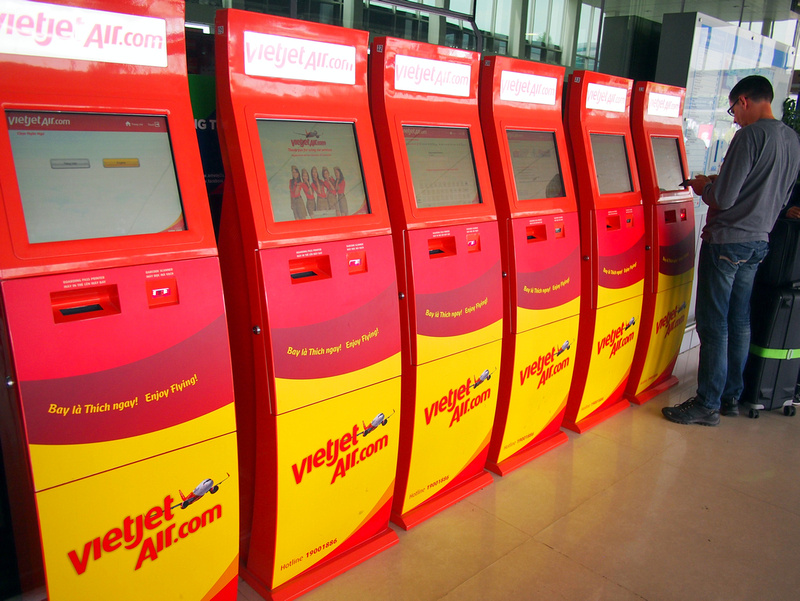 One ting about flying in Vietnam is that flights are often delayed. Luckily my flight was about half an hour late today. 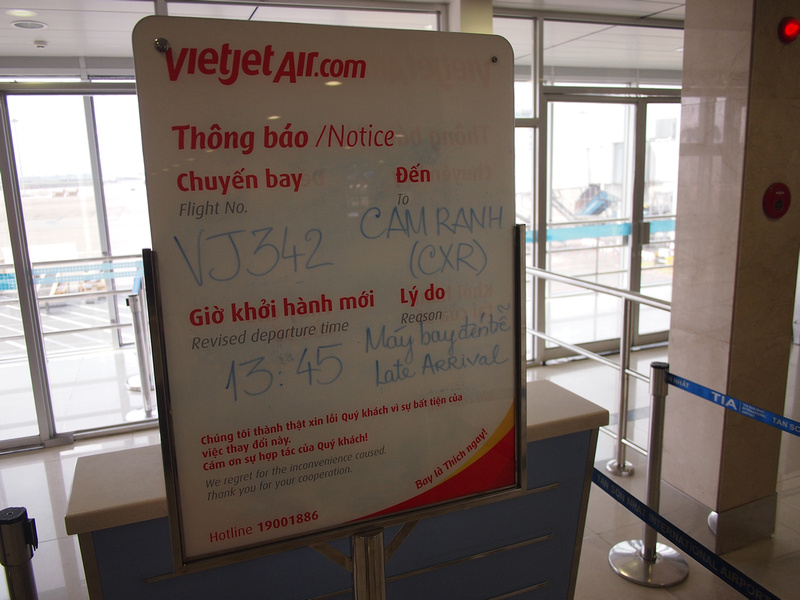 Tan Son Nhat (the airport of Ho Chi Minh City) is chronically over-capacity now, having outgrown its inner city footprint. As a result there are 20 gates in the domestic terminal, and 6 of those do not have an airbridge, which means a bus to the aircraft. It can be a lottery to get an airbridge boarding, but today I was in luck and had no bus trip. 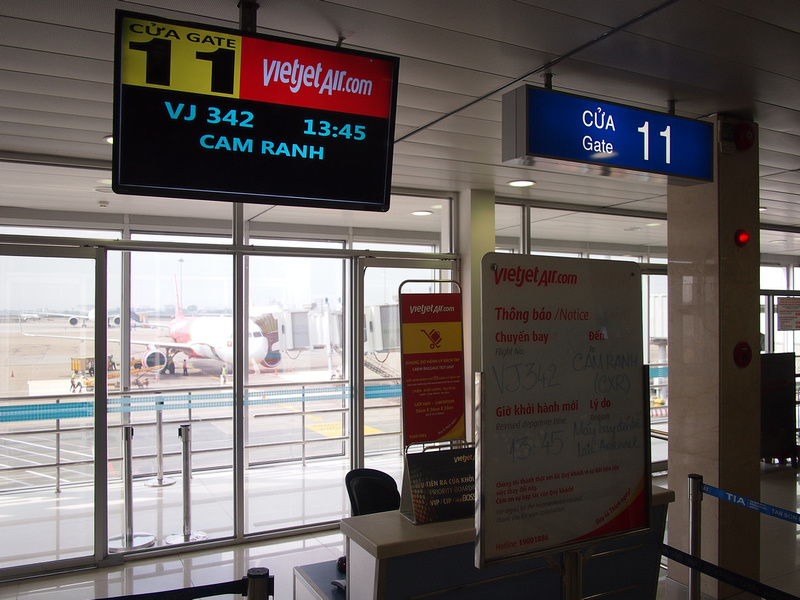 In addition to the website, they really need to fix up the route map, as this one is hard to read. 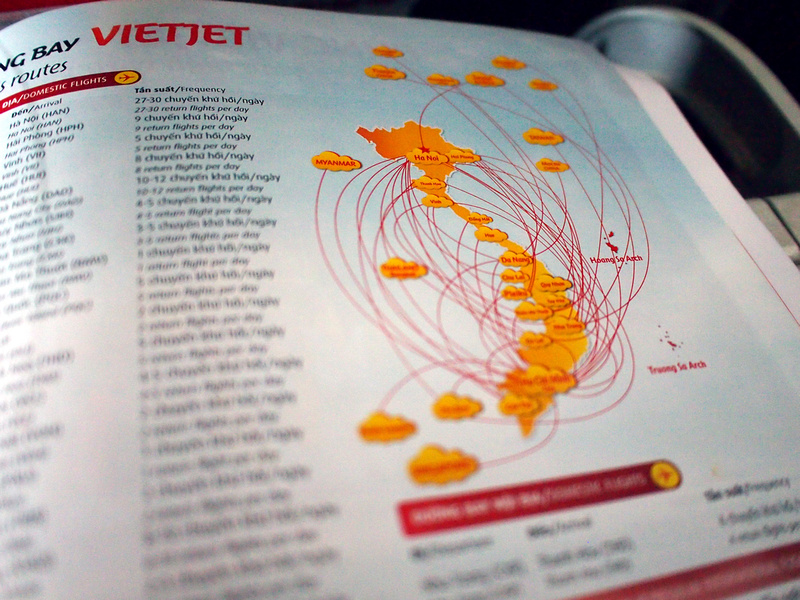 The flight to Cam Ranh is just 40 minutes, so they didn’t even bring out the drinks cart. The flight attendants walked down the aisle holding up the menu if you did want to order anything.

After circling the airport for 10 minutes we landed at Cam Ramh Airport. Like the former Nha Trang Airport, Cam Ramh was once a United States Air Force base. There are air bridges here but for some reason we had to disembark onto a bus. We were so close to the terminal that we could have walked. 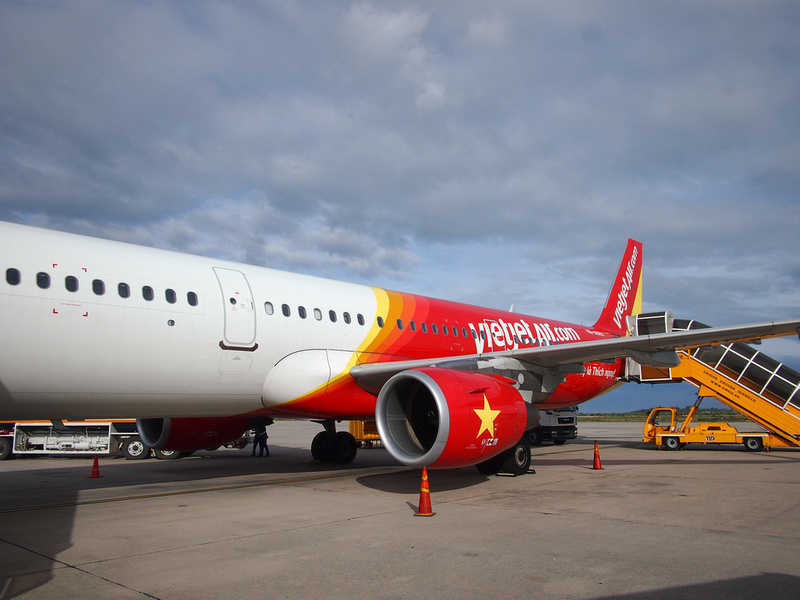 Cam Ranh is 30 km from Nha Trang, and there are fixed-price taxis or shuttle buses to Nha Trang. I walked outside and found a waiting shuttle bus, which cost 50,000 VND ($2.20 USD) and took 45 minutes to get to Nha Trang.