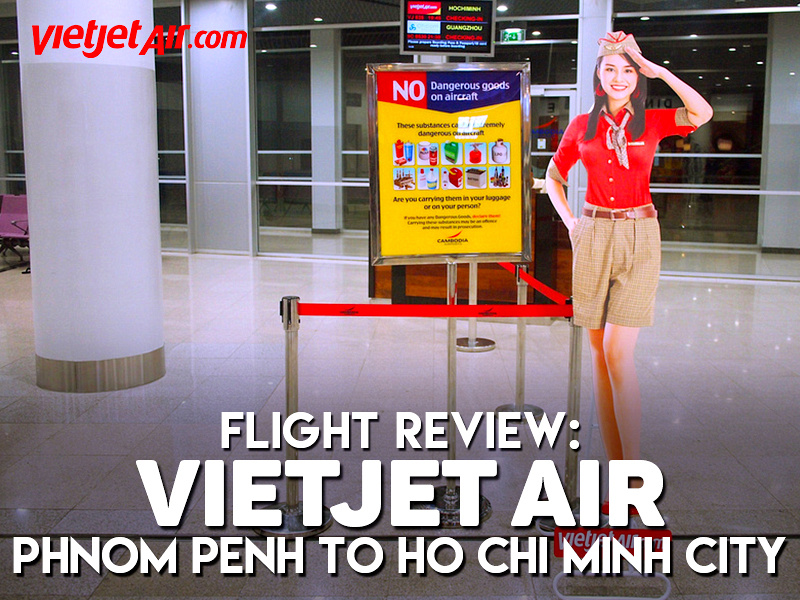 I flew with VietJet Air from Phnom Penh to Ho Chi Minh City. This was the return leg of my SGN-PNH flight.

I knew that Vietjet would be the cheapest option but it’s always good to check other flights just in case there is a better offer on another flight. For example Qatar Airways flies this route enroute from Doha. I have picked up a cheap flight from them previously when they used to fly from Bangkok to Saigon. 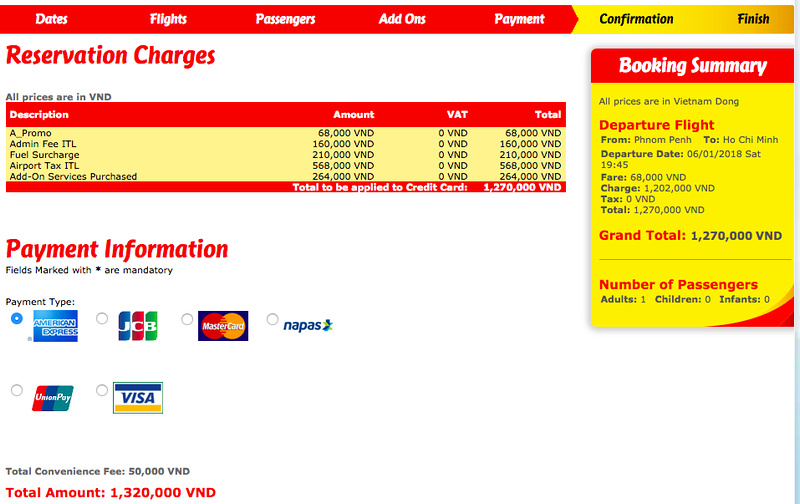 I was coming from Kampot and the bus passes the airport on the way to Phnom Penh city. This saved an hour of backtracking from the city back to the airport. The bus was a bit early so I checked out the food court outside the terminal. The food court has Khmer food at cheap prices (especially for an airport). This bowl of Kampot cold noodles was $2. 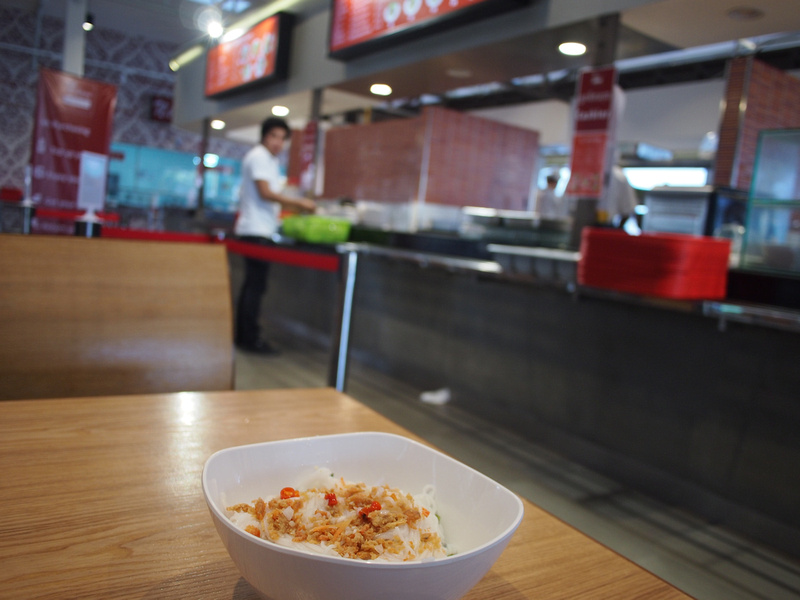 The airport is modern and has free wifi and cafes so it’s not a bad place to wait. 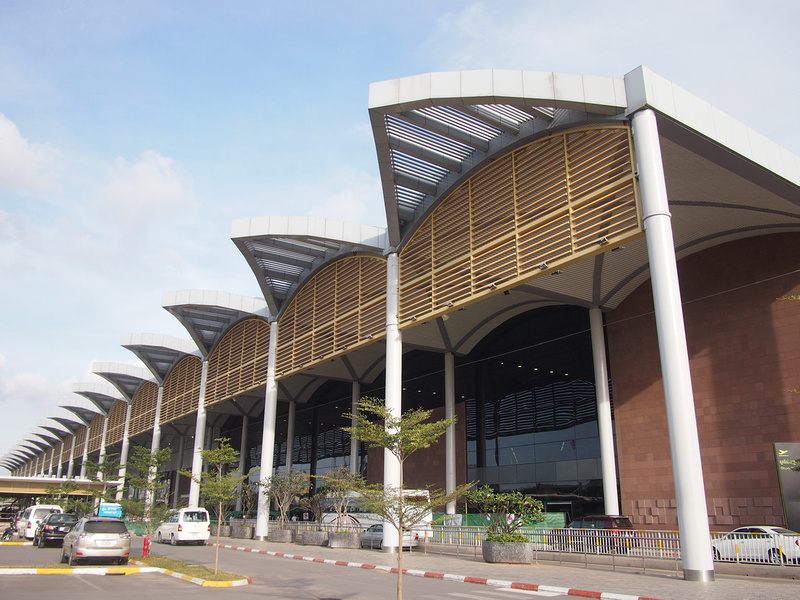 The check-in opened 2.5 hours before the flight. 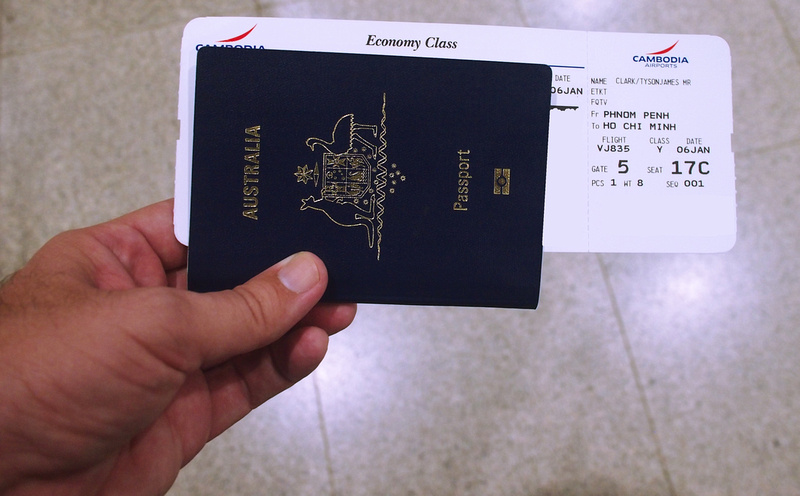 The flight time between Phnom Penh and Saigon is 45 minutes so it is an easy trip. It’s only 250 km, but the bus takes 6/7 hours due to traffic and road conditions. 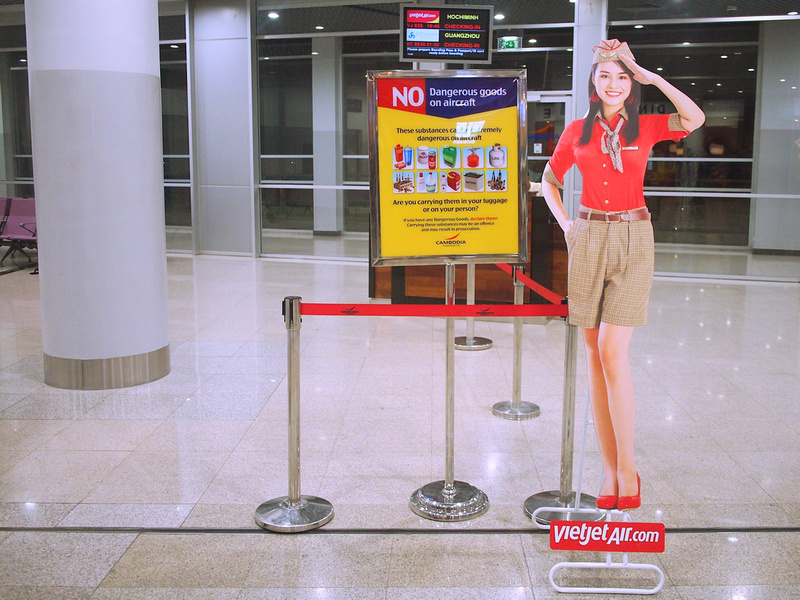 With such a short flight there is barely enough time to order a drink, let alone a meal. 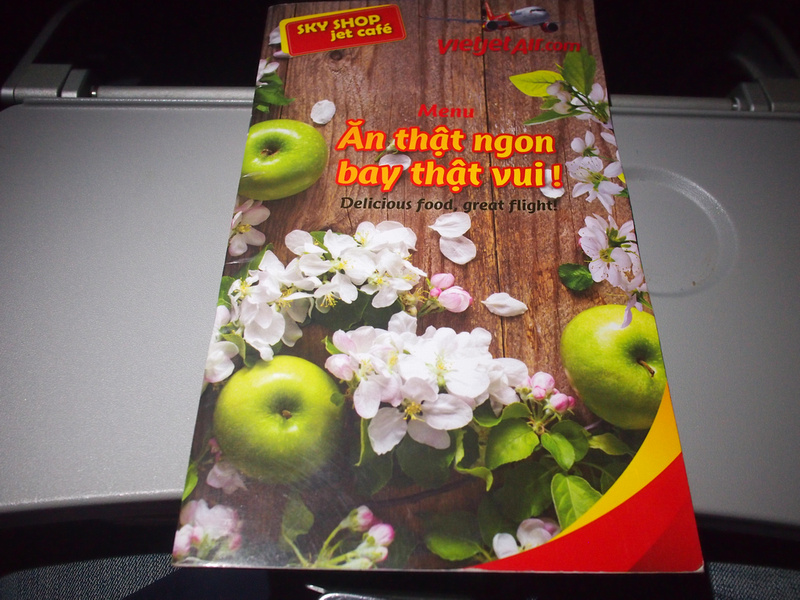 The flight was about 2/3’s full and mostly foreigners, though the service was less than a month old when I took it. I hope it continues as it is a useful service. It would be good if Vietjet also add flights from Saigon to Sihanoukville and Siem Reap in the future.