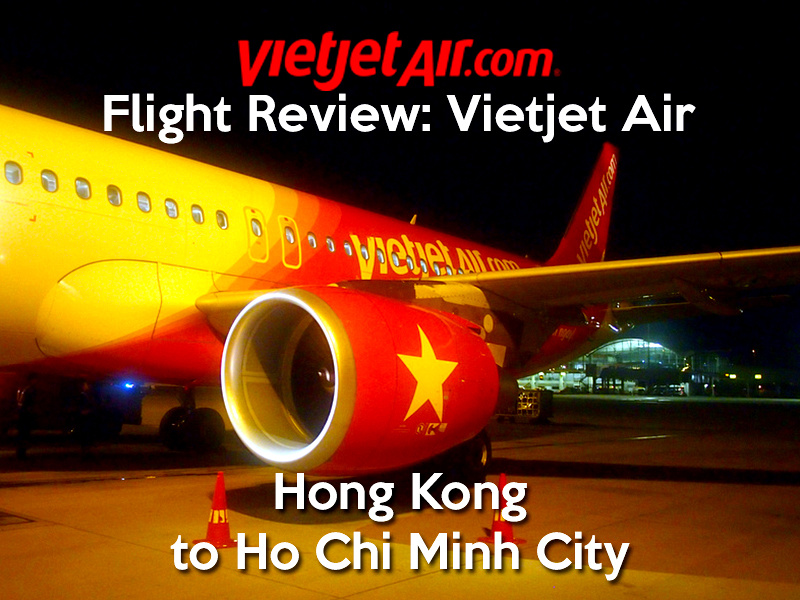 I flew with Vietjet Air from Hong Kong to Ho Chi Minh City.

I searched for flights with Skyscanner.com and found that Vietjet had the best price at a good time of day to fly.

I have flown from Hong Kong to Ho Chi Minh City with Cathay on the same date, two years earlier. It is only recently that low cost airlines (Vietjet and Jetstar) have offered this route, so there are some cheaper tickets to be found now. I bought this ticket for 1,519,000 VND ($67USD), which is a great deal for a 2H,40M flight.

Being based in Vietnam I’ve become a regular flyer of Vietjet, having flown with them the month before from Saigon to Da Nang. On a few occasions I have flown with them they have changed the time of the flight. For this reason I wouldn’t plan any tight onward connections. That should apply for any low cost airline flight that you book.

In this case my flight was moved from 19:20 to 18:35 which worked out a bit better anyway as I would get to Saigon earlier. I arrived at the airport extra early as I was coming from Shenzhen and I didn’t know how long that would take. I checked in at the airport and the gate wasn’t assigned, so I just loitered around Gate 1 until further notice. Hong Kong International Airport is a good airport to loiter in, so I had no problem with that. I like working in airports, and there is always something to work on. The flight was eventually assigned Gate 521, which sounded like it was at the far end of the airport. This is a bus-to-tarmac gate, which was my first time getting the bus to a plane in Hong Kong.

After plane was rescheduled to an earlier time it turned out that the plane was late anyway due to unseasonal rain in Southern Vietnam. There was a flash flood at the airport, in what should be the driest and hottest month of the year. The plane ended up leaving around the original time. 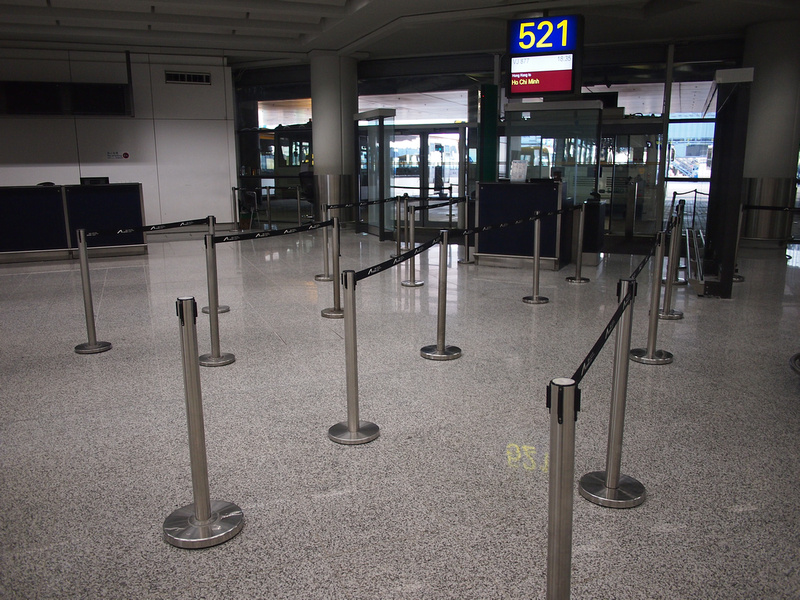 On the tarmac at HKG. At least it isn’t raining here. 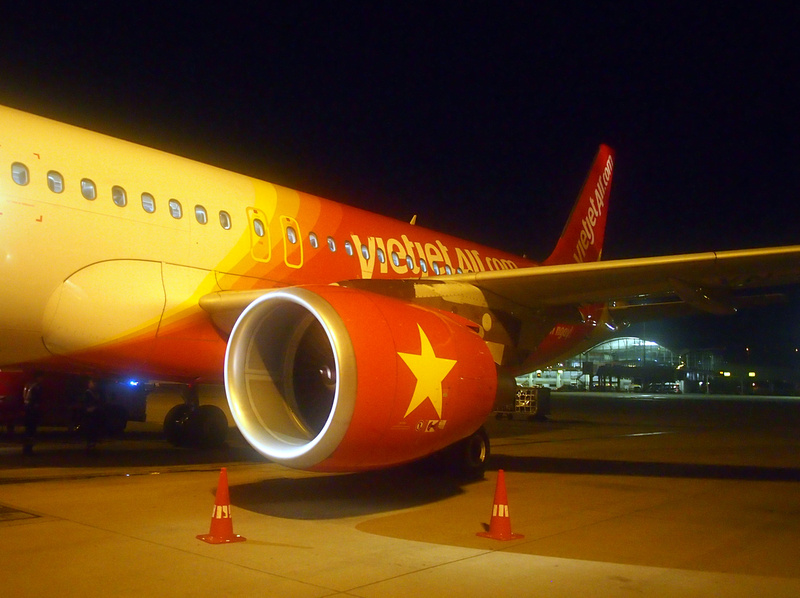 One 2 Fly – The inflight magazine of Vietjet Air. 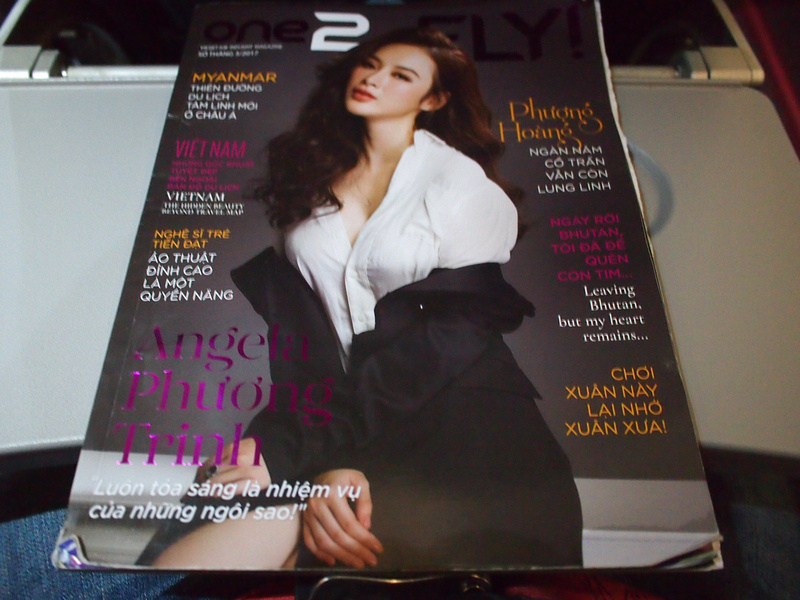 I always flick through the magazine, mainly for the ads and route maps. I was excited to see that Vietjet Air will soon be flying from Ho Chi Minh City to New Delhi. 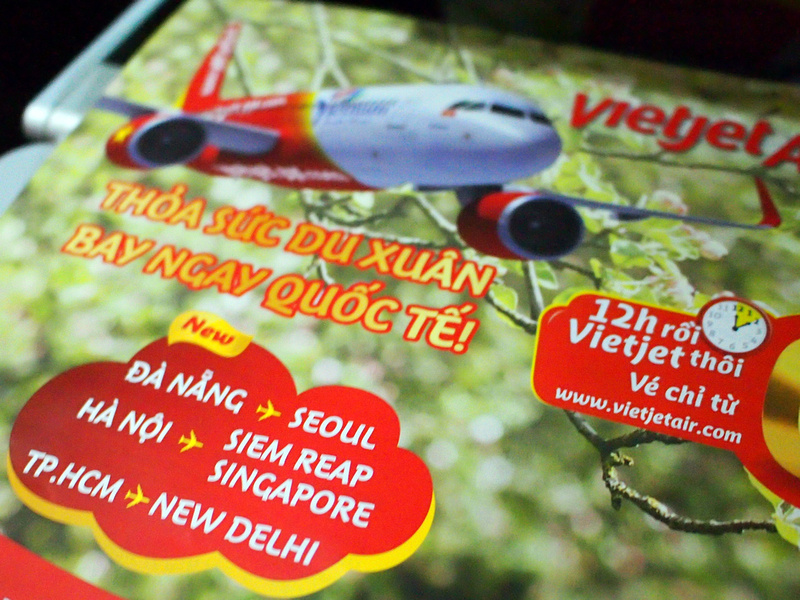 As a low cost airline there is no inflight movies or free meal service. There is food available to buy onboard. 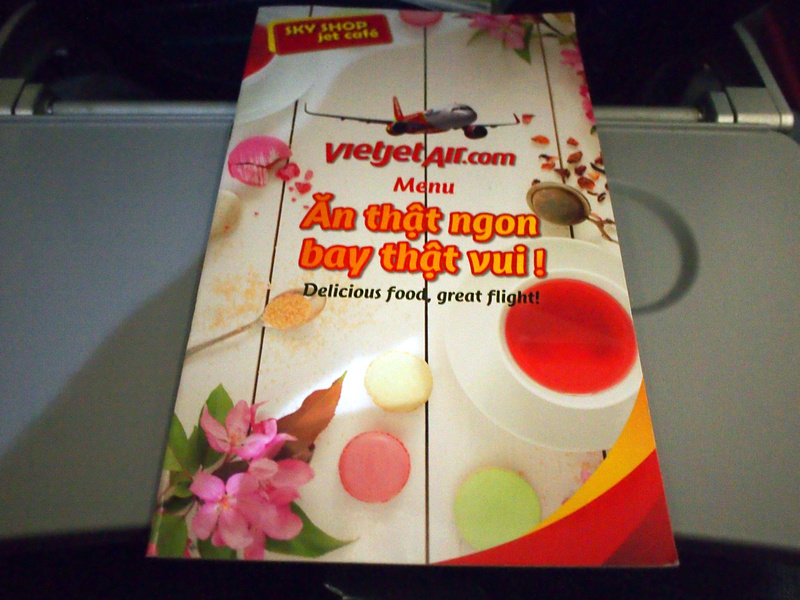 The onboard food is among the cheapest meal deals you will find on any flight, with meals on international services at $5USD. 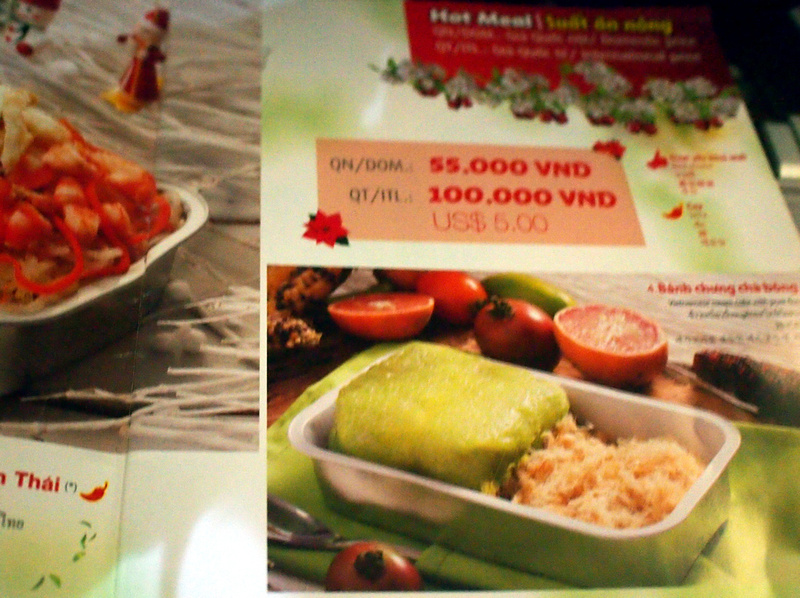 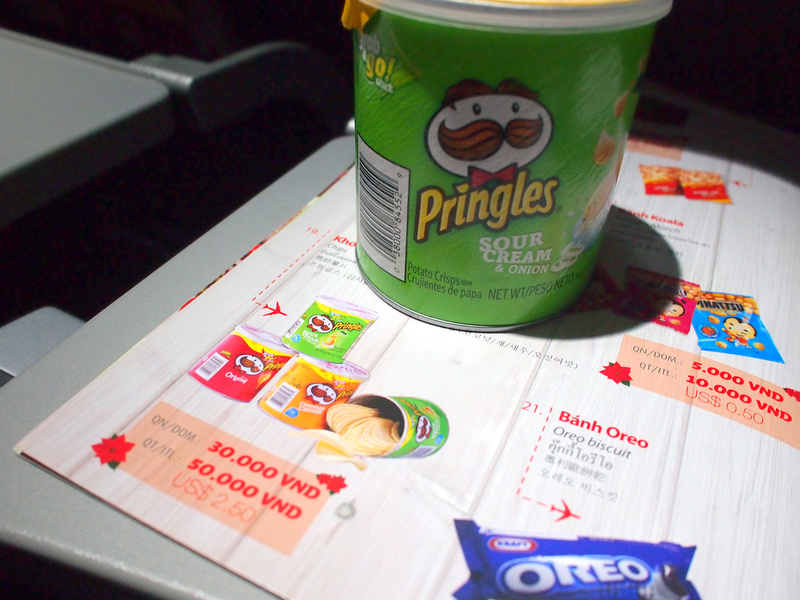 We arrived at Saigon/Ho Chi Minh City Tan Son Nhat International Airport and fortunately the rain had cleared. SGN is operating well over capacity now so this was also a tarmac disembarkation (boo!)

Overall this was an easy flight even with the weather delays. It’s a good option for flying from Hong Kong to Saigon on the cheap. I will try out Jetstar next time so I can compare all flights between the two cities.