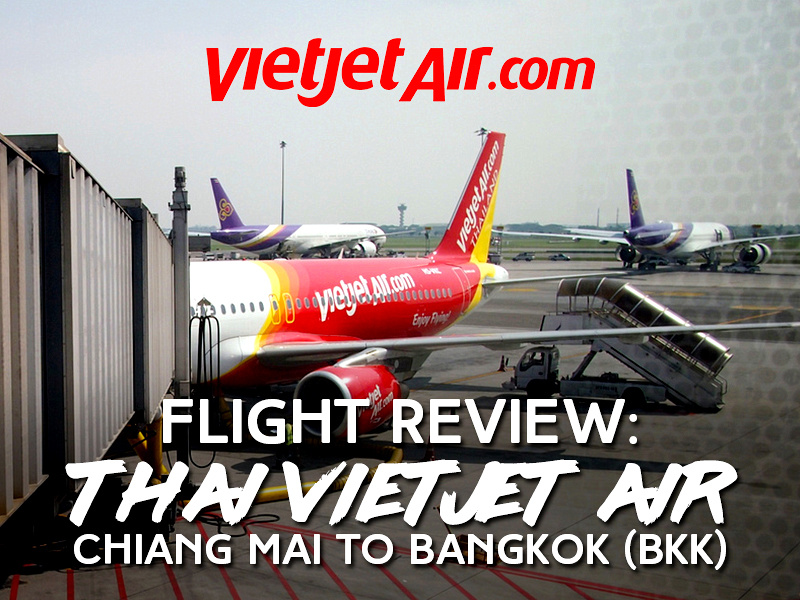 I flew with Thai Vietjet Air from Chiang Mai to Bangkok. I compared flights with Skyscanner and this was the best option for flights to BKK.

The Chiang Mai – Bangkok route is very competitive with flights from both Bangkok airports connecting Chiang Mai. The Chiang Mai – Bangkok train is too slow to be competitive, thus there are more flights between the two main cities of Thailand. With so many airlines already plying this route I was surprised to see Thai Vietjet starting a service on this route. Thai Vietjet is the Thai-based version of Vietjet Air, which as you could probably guess is from Vietnam.

I have flown Thai Vietjet from Bangkok to Saigon, but this was my first domestic Thai flight with them.

Airlines from neighbouring countries starting a local-based airline isn’t new. There is Thai AirAsia which is originally from Malaysia, and Thai Lion Air, which is originally from Indonesia. The thing with those airlines though is that they have generic names that can be used in any ASEAN country. Flying a Vietnam branded airline on a domestic Thailand flight is another matter. It would be like Thai Smile starting a Vietnamese brand named Viet Thai Smile.

Anyway, Vietjet ordered another 100 jets so expect to see new routes from city pairs that would not have been a consideration a few years ago. For example the are now direct flights from Chiang Mai to Saigon, and Bangkok to Dalat.

When I booked online I wanted to see if Vietjet offer through booking to other cities yet, like AirAsia now do. For example you can book an AirAsia flight from Saigon to Yogyakarta via Kuala Lumpur all on the one ticket. When I clicked the dropdown box Bangkok was the only option here, so not yet. If Vietjet keep expanding then it would make sense if they do offer this in the future. 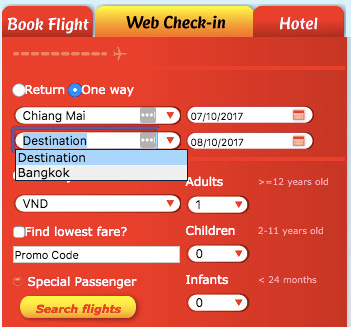 I can’t remember if if all the flights were shown in Dong or if it was because I booked from Vietnam. It would be odd if the baht option wasn’t offered.

Vietjet Air have a dedicated sales desk at Chiang Mai now. With flights to Phuket and Saigon and maybe others in the future it makes sense there is a permanent desk. 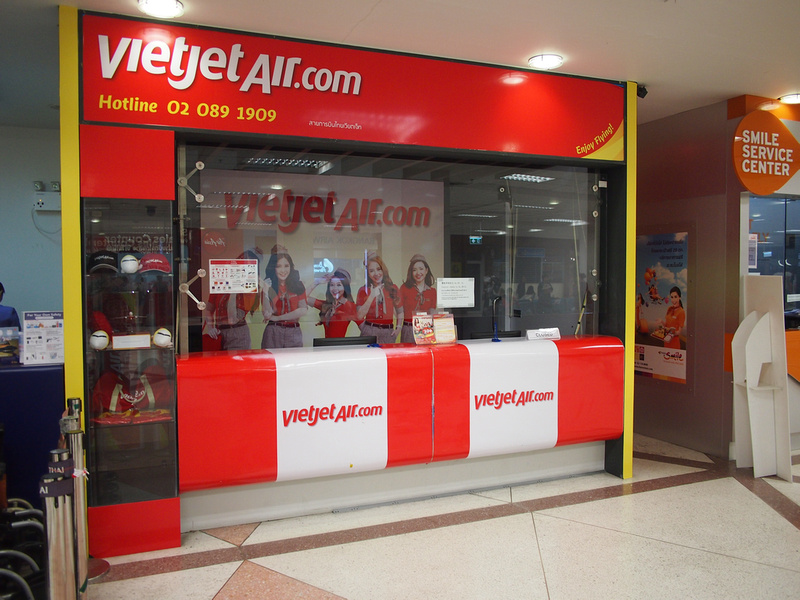 Chiang Mai is my favourite airport to arrive in Thailand at. For departures is it also reasonably quick, though the airport is running out of space. There are plans to expand it and also to build a new airport. 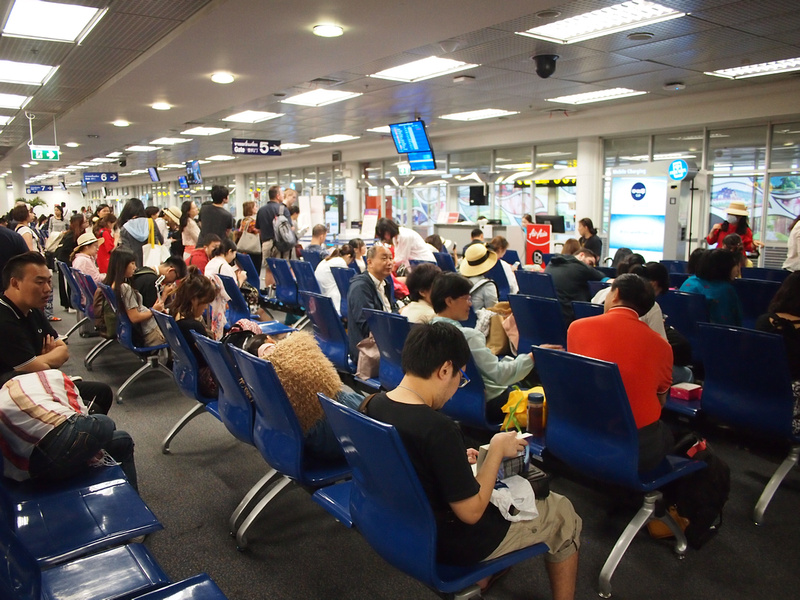 While I was in the queue I noticed most of the passengers had Chinese passports, so perhaps this service will do well with foreigner travellers who aren’t looking to be loyal to a Thai brand. 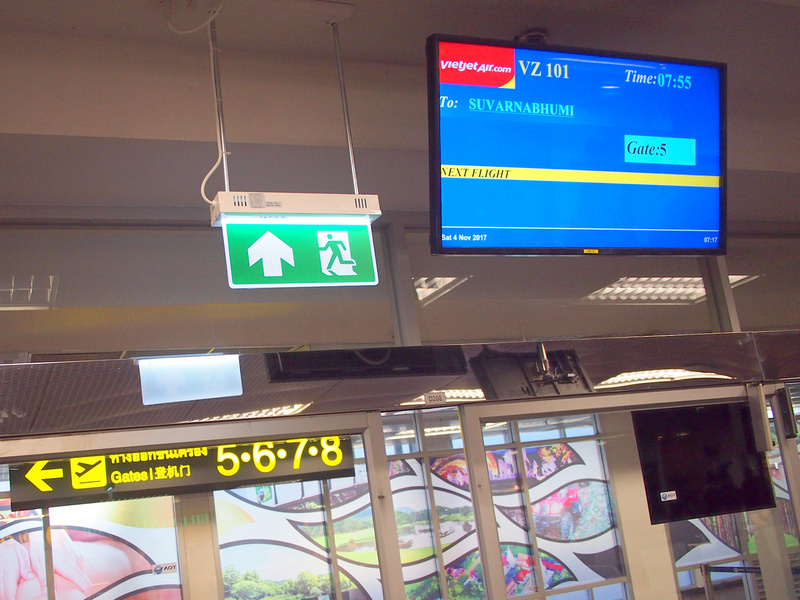 I got to the check-in queue 5 minutes before it opened and was fifth in the queue. I didn’t have a seat booked and I asked for an aisle seat. They gave me an exit row so that was a bonus. 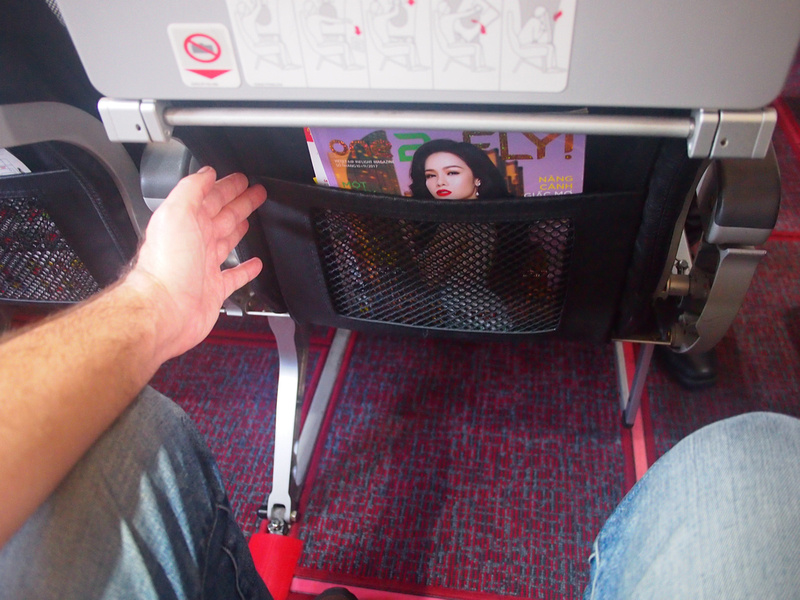 On Thai Vietjet they have the same inflight magazine that they use for Vietjet flights. It’s in Vietnamese with a few articles translated into English. If they want to go Trans-ASEAN they should produce a English magazine like AirAsia do for all their regional airlines. 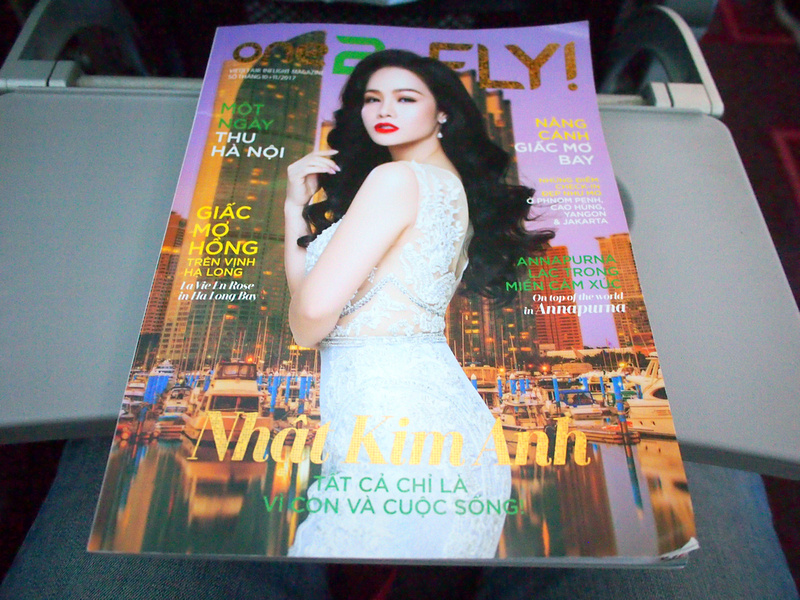 There is no route map in the magazine either – just a list of destination pairs. 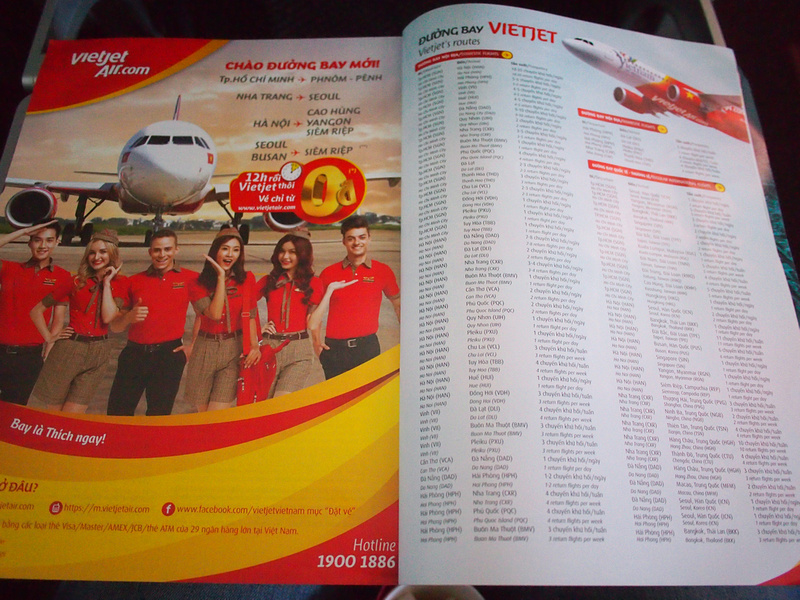 The aircraft has signage in Vietnamese and English. 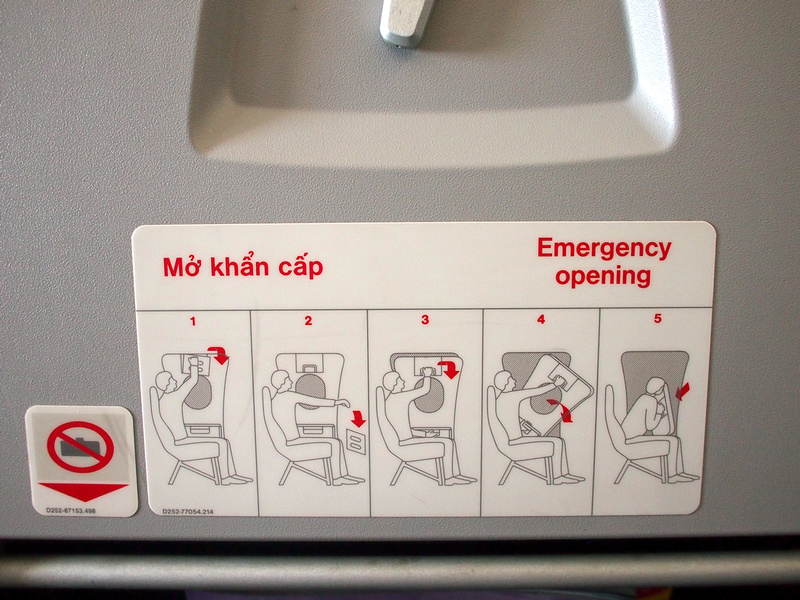 The only “Thai Vietjet” branding I saw on the flight was the Thai painted on the tail, and the brand on the safety card. Everything else looks exactly like a Vietjet flight. 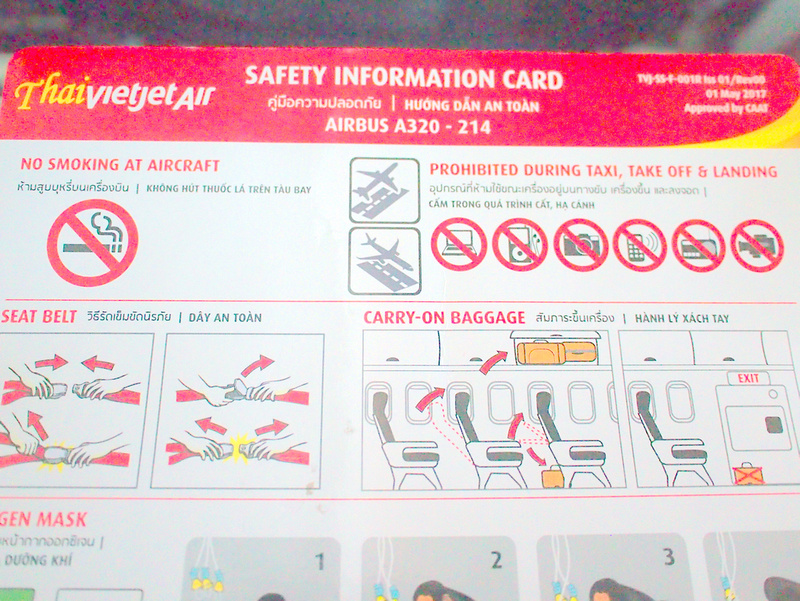 The menu is made for Thailand, with Thai language and prices in Baht. 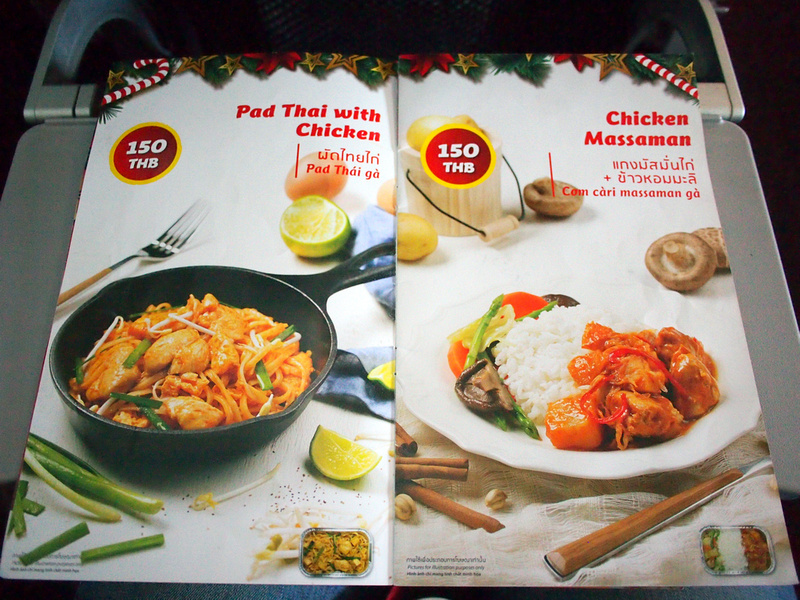 Prices are very reasonable like domestic Vietjet flights, with cup of noodles from 60 THB. 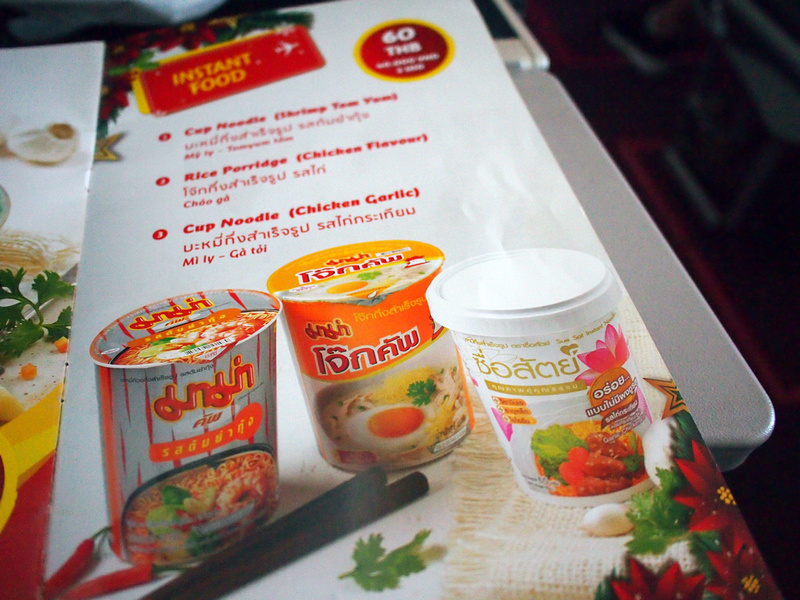 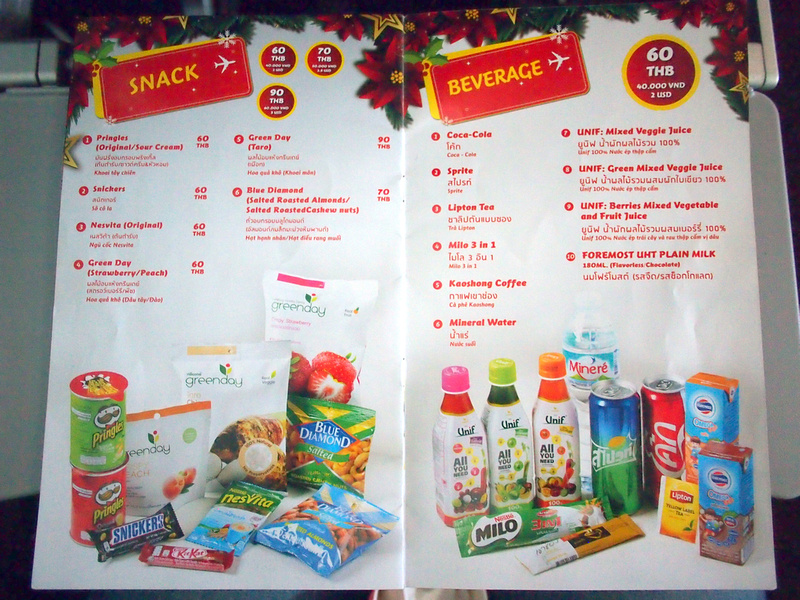 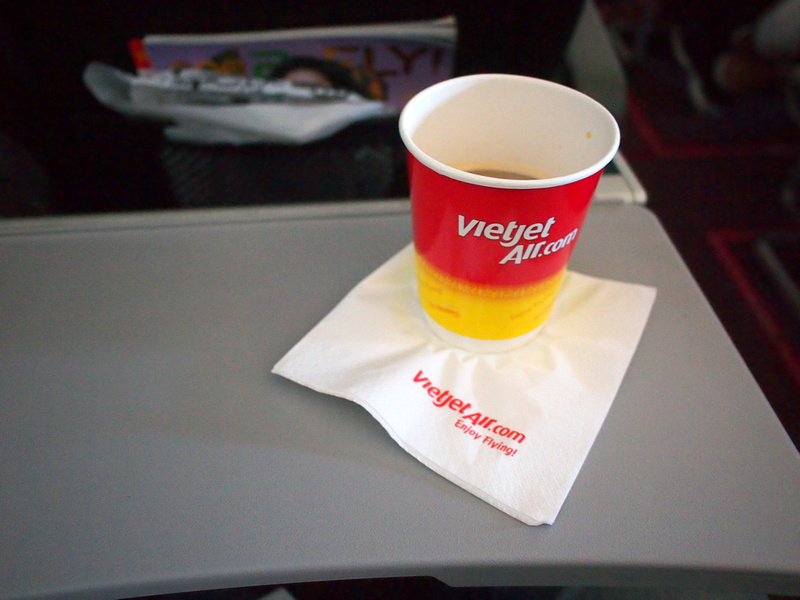 Thai Vietjet is a low cost airline so there is no onboard entertainment. At less the one hour flying time you wouldn’t have time to watch anything anyway. I had left my Kindle in Saigon so I went old-school and bought an actual book made of paper. 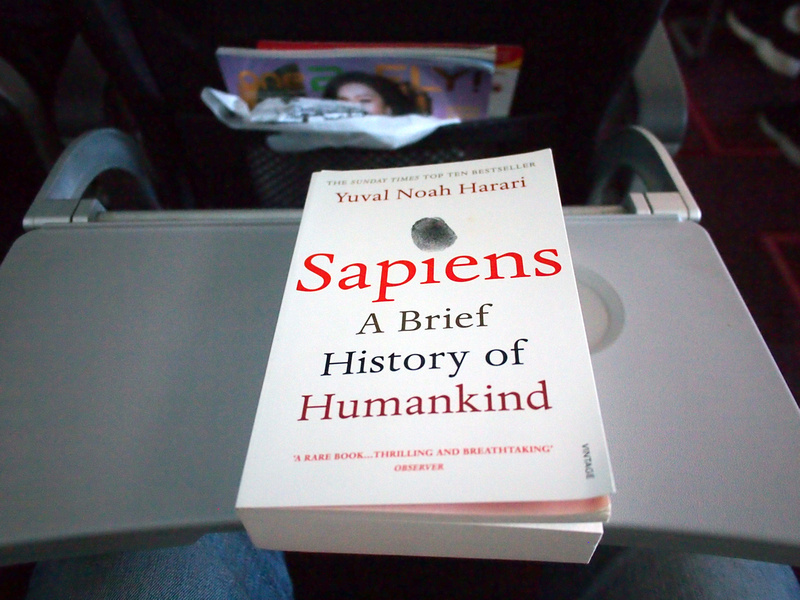 One thing I like about Vietjet is that they fly from Suvarnabhumi Airport (BKK), which I prefer over Don Muang (DMK). When doing a search on sites like Skyscanner you can select Bangkok (All) or select your favourite airport. I still select all, just in case there is a crazy deal for either airport. 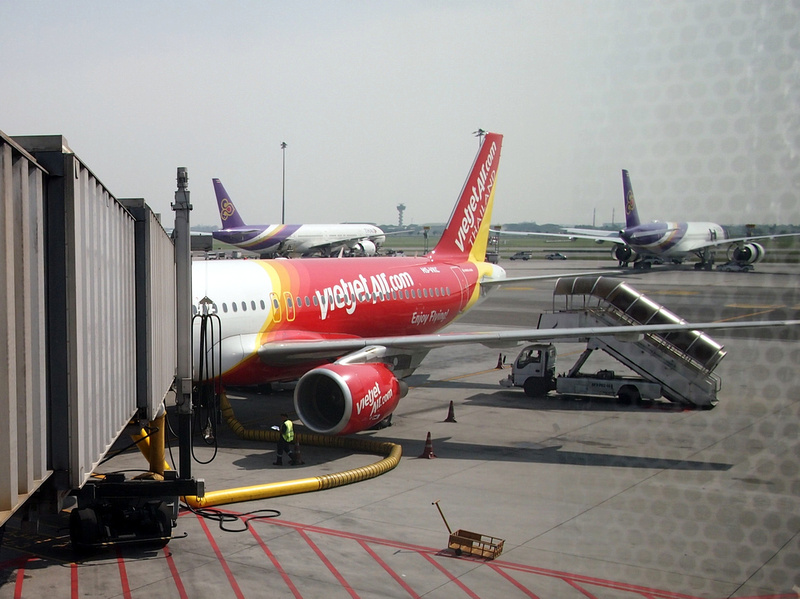 Check out my other flight reviews for the Chiang Mai – Bangkok route: