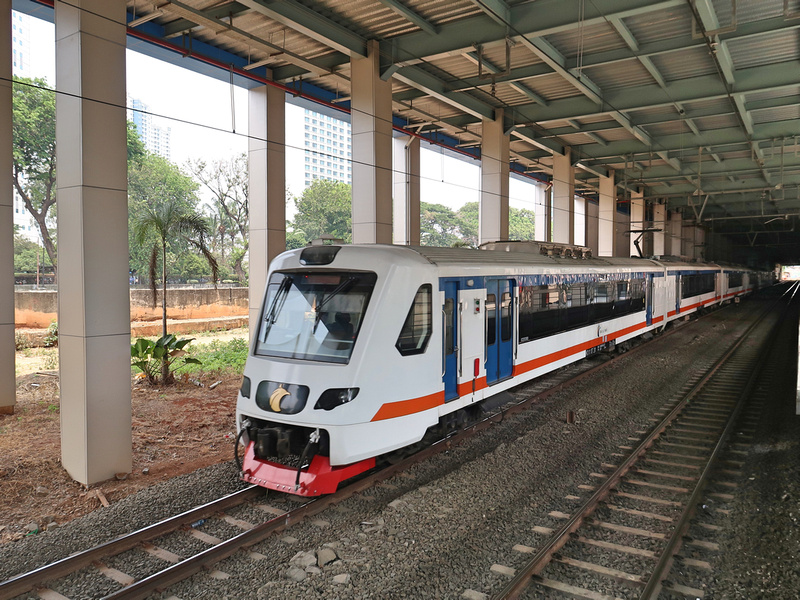 Jakarta is famous for being one of the most congested cities in the world, so the introduction of the airport rail link has been a welcome relief for visitors to the Indonesian capital.

The Soekarno–Hatta Airport Rail Link was built with the combination of a new railway connecting to an existing track. As such the railway has to weave its way around the airport and surrounding area to get to the old track. 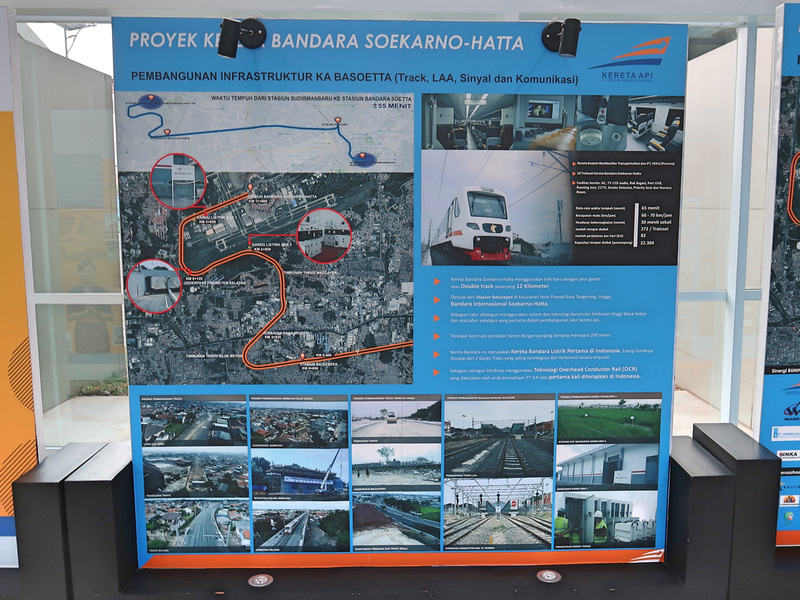 So it’s not an express train, but it’s still going to beat the a taxi in peak hour traffic.

Here is all the information on how to get the Jakarta airport train, and if it’s worth getting for your trip.

A map of all the stations on the Soekarno–Hatta Airport Rail Link, and useful travel landmarks that are mentioned in this guide.

For visitors the most useful stations are BNI City and Manggarai.

SHIA Station (Soekarno–Hatta International Airport Station) is located between Skytrain station of Terminal 1 and Terminal 2 of Soekarno–Hatta International Airport. Unlike the airport train at KL and Hong Kong (as two examples), the airport train is not accessible from the terminals. Instead you have to get the Airport Skytrain, which connects Terminal 1, 2, 3 to the SHIA railway station.

I arrived at Terminal 2 and saw this fancy train terminal, only to find out it’s the skytrain station. 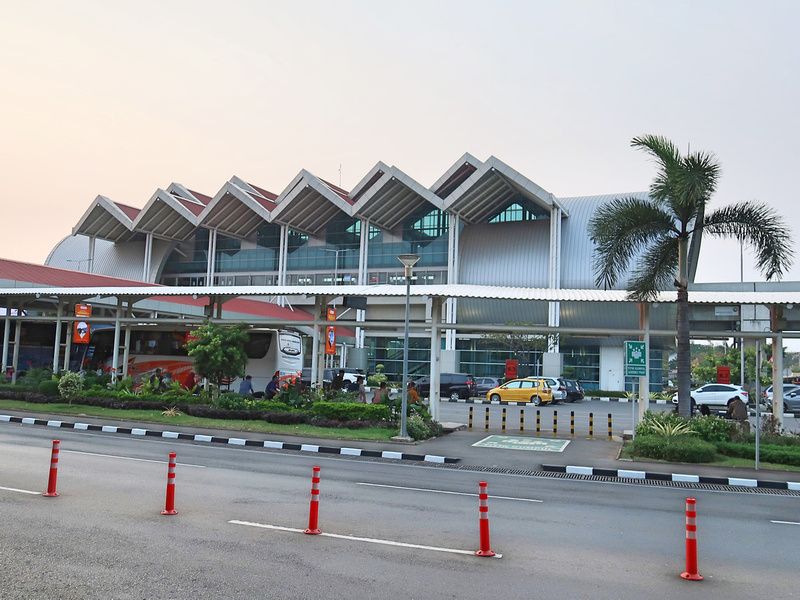 This skytrain to the main station adds another 10 minutes or so to your trip. 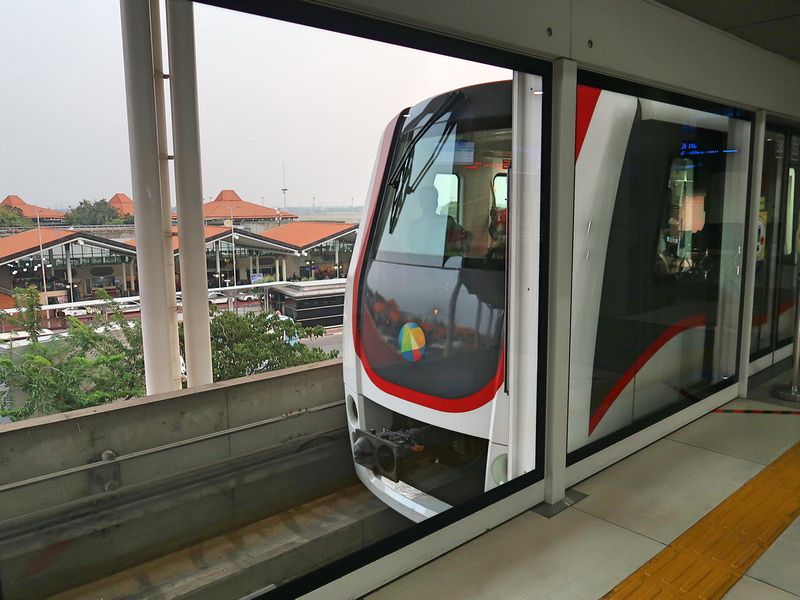 At the SHIA Station there is a spacious ticketing hall where you can buy tickets from vending machines or in person. 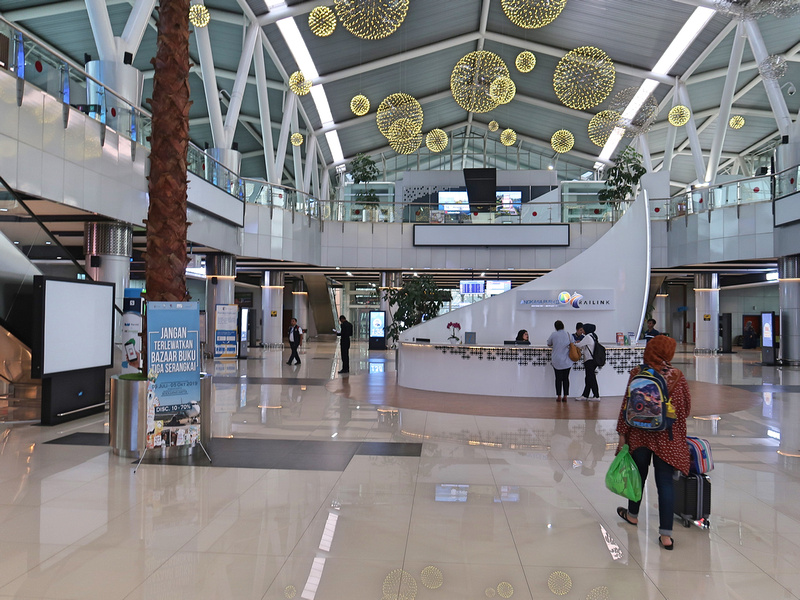 BNI City is a station built on top of the existing railway near Sudirman Station. This station is next to Jalan Jenderal Sudirman and near the Dukuh Atas BNI metro station. It takes 46 minutes to get here from the airport. At the station there is taxi rank where you can get the reliable Bluebird Taxis. If you already have a Grab account then you can also use that as an option. There is a dedicated Grab pick-up point at the station. 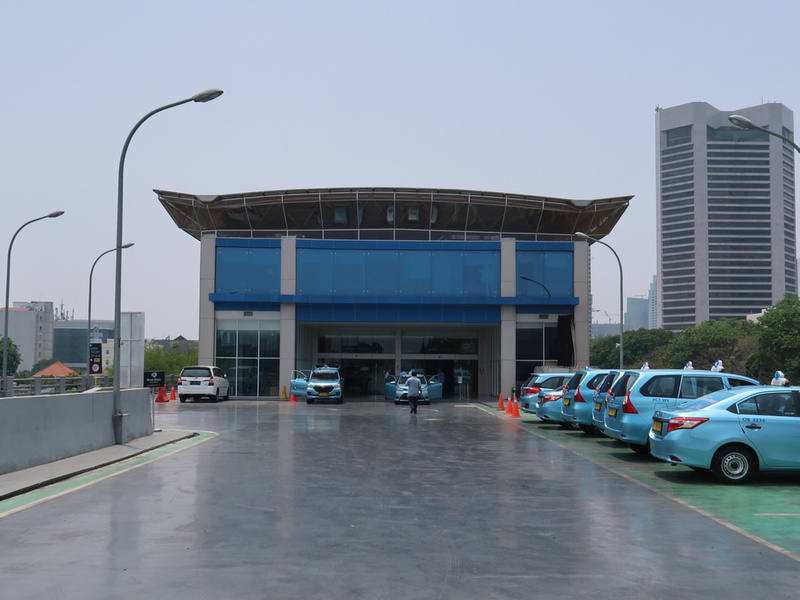 From here it’s a short taxi ride to the many hotels in this area. The Hotel Indonesia Kempinski Jakarta at the Selamat Datang Monument is the central point of the luxury hotel area, and that is 1.2 kilometres away.

I was staying in Jalan Jaksa, which is a popular street for budget and mid-range hotels. Jalan Jaksa is 3km from BNI City and it took about 20 minutes in peak hour traffic. This is one of the best areas to stay in Jakarta.

BNI City sits at the tip of Golden Triangle of Jakarta. This is the Central Business District that is bordered by Thamrin Avenue-Sudirman Boulevard, Rasuna Said Avenue, and Gatot Subroto Avenue. The Golden Triangle is the business and financial heart of Jakarta, so the train+taxi combo is a good option for business travel.

With BNI City being a new station near the financial district, I was expecting it to be a grandiose integrated transit and shopping hub, but there is not much here apart from a few shops. 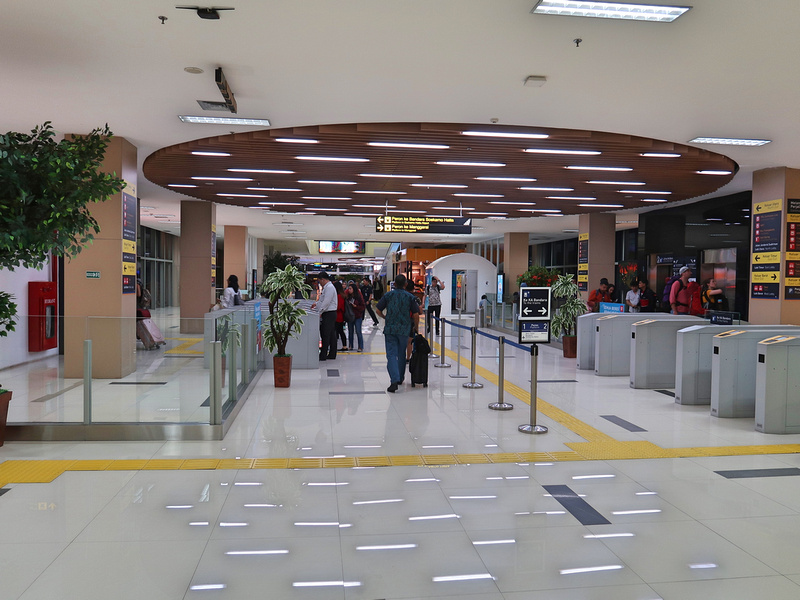 The station is named after Bank Negara Indonesia, an Indonesian state-owned bank which has an office tower opposite the station on the other side of the Ciliwung River. 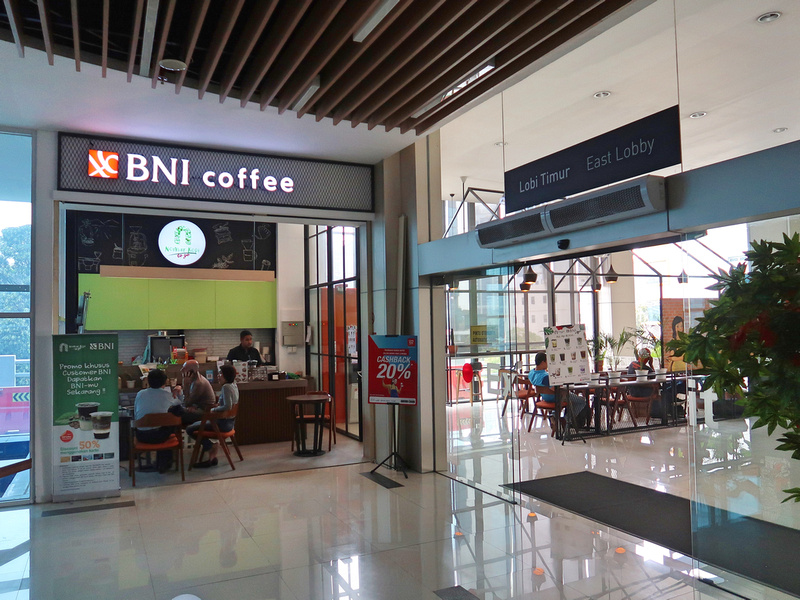 The integrated transit and shopping hub I was dreaming of is being built at the terminal station at Manggarai.

In October 2019 the line was extended to Manggarai Station. This is a major junction for the commuter railway line, and the station is being redeveloped to become a major urban rail transport hub. In the future it will replace Gambir Station as the central station for long distance railways. This is part of a massive upgrade of railways in Java, which will include a high-speed railway from Jakarta to Bandung. Read more about the proposed railways of Southeast Asia. 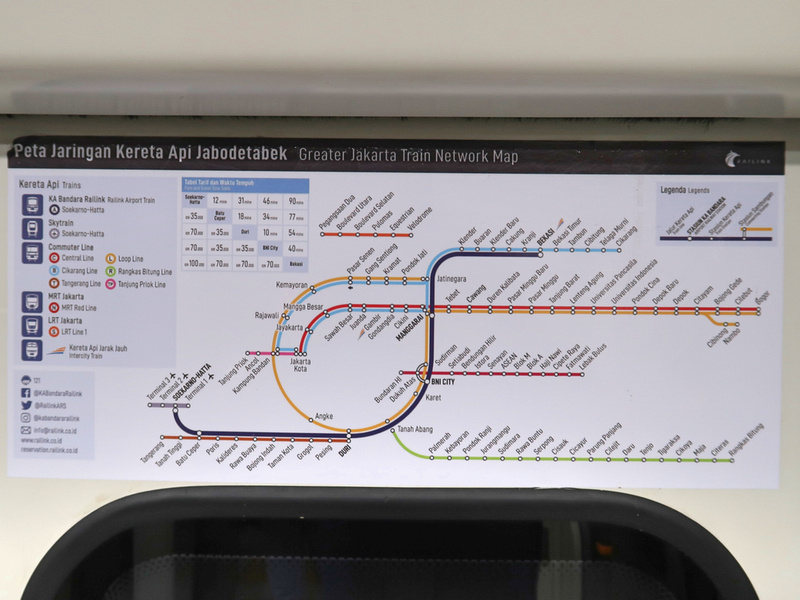 It takes 57 minutes to get from the airport to Manggarai. From Manggarai you can get the red and blue commuter lines to Gondangdia Station, which is a ten-minute walk to Jalan Jaksa.

The airport train used to go to Bekasi, but it now terminates at Manggarai.

The carriages have comfortable seating in 2×2 format, and there are luggage racks. 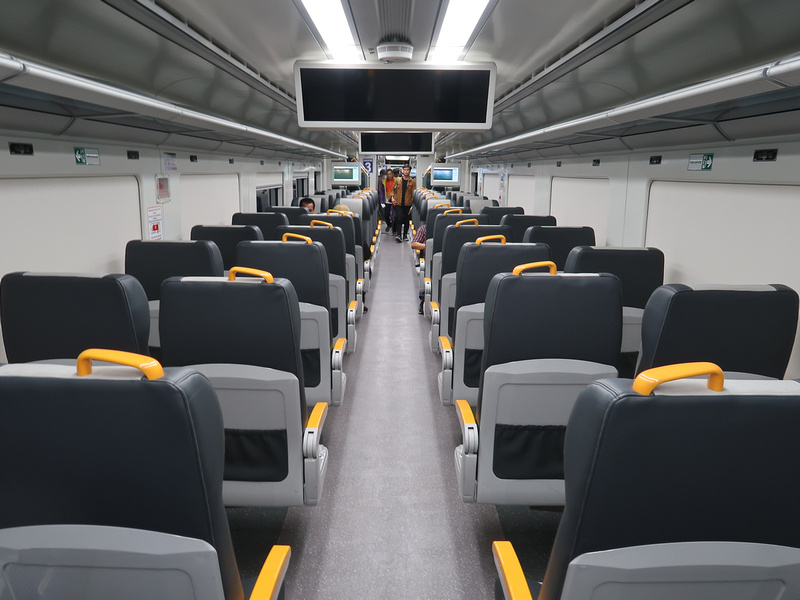 The seats have USB charging outlets. 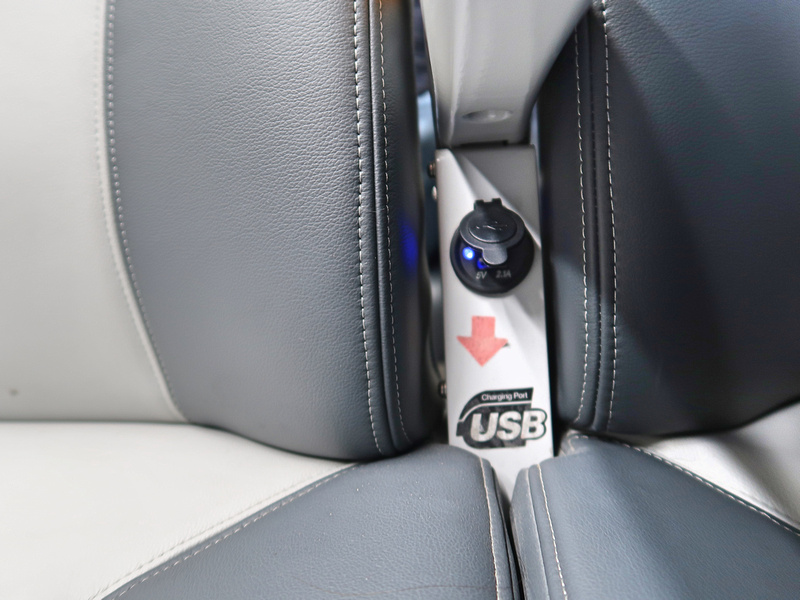 And there are toilets onboard. 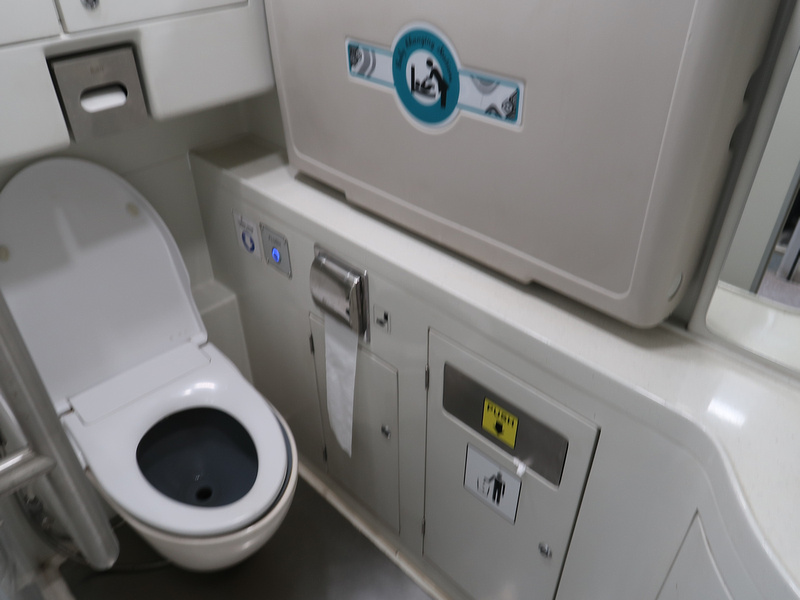 Is it worth getting the airport link?

Jakarta is an enormous city so for most Jakartans the rail link is not going to save time. For example I met some friends in the popular expat area of Kemang in South Jakarta. By the time they get from Kemang to BNI City, and then get the train, they could have got a taxi to the airport in less time.

For visitors though, and especially those staying within range of BNI City, then the airport train will save you time and frustration.

It depends on the time of day as well. I arrived in the evening peak hour so I was happy to get the train and then taxi. On the way out I had an early flight and I had contemplated getting the first train of the morning at 5.21. I ended up getting a Grab instead at 5am. The Grab taxi was 123,000 IDR, so about 150,000 IDR ($10.70 USD) to allow for tollway fees and rounding up. It took 35 minutes by taxi in the early morning.

Bekasi-Soekarno Hatta airport train stops operations – [09/09/19]
The rail service now terminates at Manggarai Station, where you can transfer for commuter trains for services to Bekasi.

For more rail guides check out the complete guide to train travel in Southeast Asia, and the Southeast Asia Railways Facebook Group.

A complete guide to airport railways in Southeast Asia.