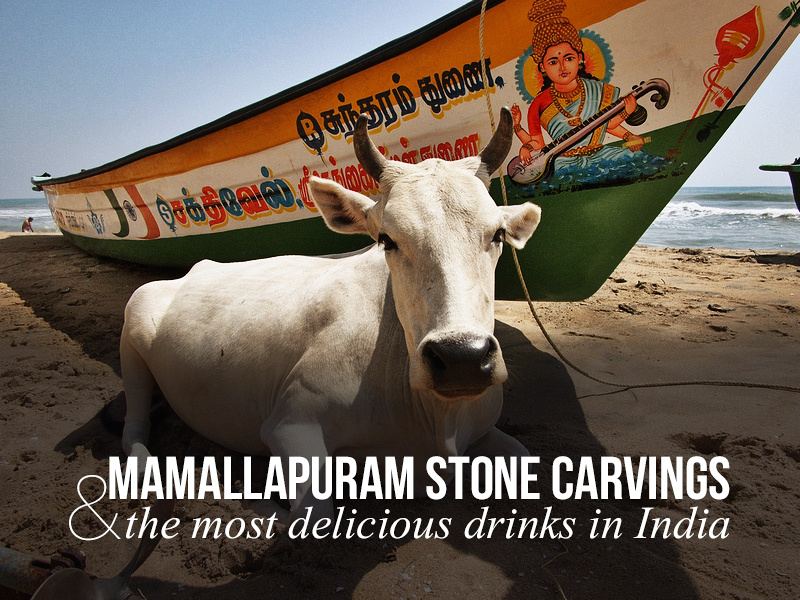 My first time to India was in 2007 where I visited Mumbai and some of the southern states. I was told that the south is so more relaxed than the north, but having never been to the north I had no way of comparing.

I came back to India again in 2011, this time flying into Delhi and exploring some of the most populous states of the north. Now that I am back in India I can see how chilled out the south is. While it’s still crazy and chaotic in that way that only India knows how to be, life is a little bit slower down here.

Mamallapuram is in the state of Tamil Nadu in the deep south of India. Mamallapuram is now officially known as Mahabalipuram but most of the signs (old and new) keep referring to the former.

Mamallapuram is best known for its monuments with intricate stone carvings that date as far back as the 7th century. Many of the monuments have been designated as a UNESCO World Heritage Site, most of which are within walking distance of each other around this compact town. 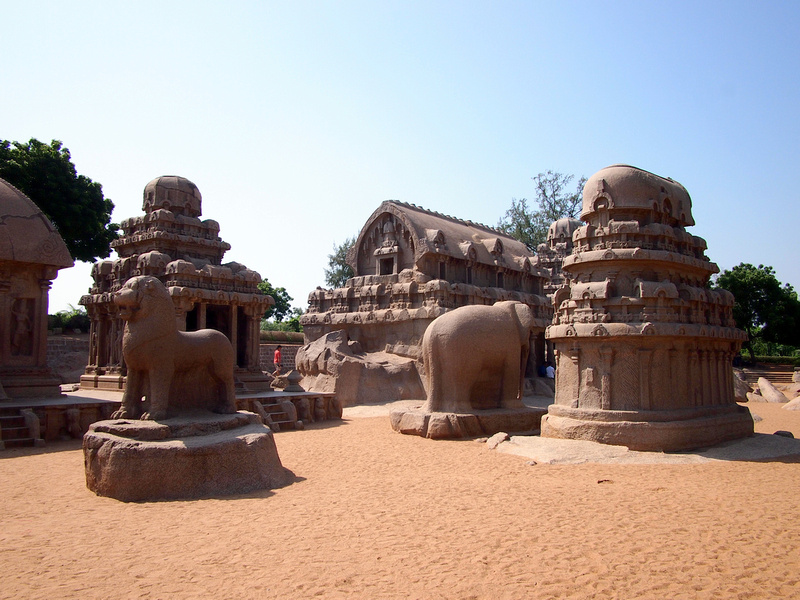 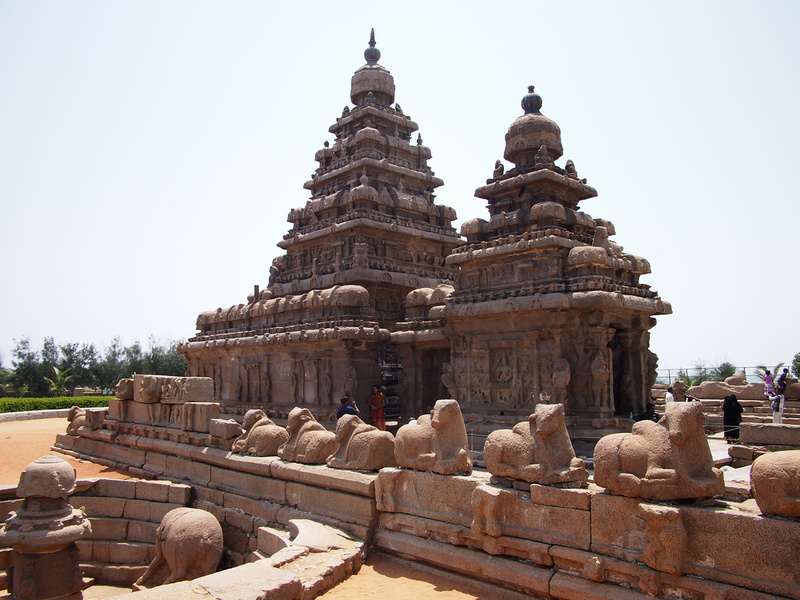 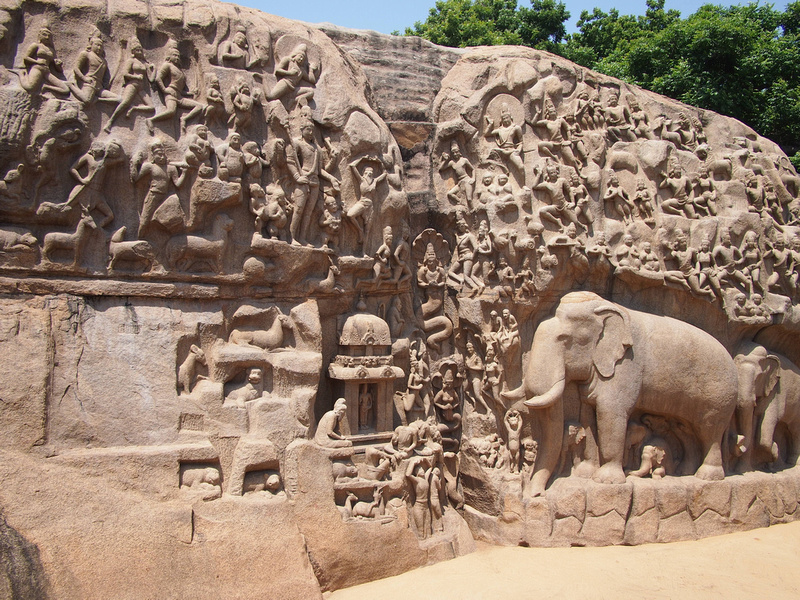 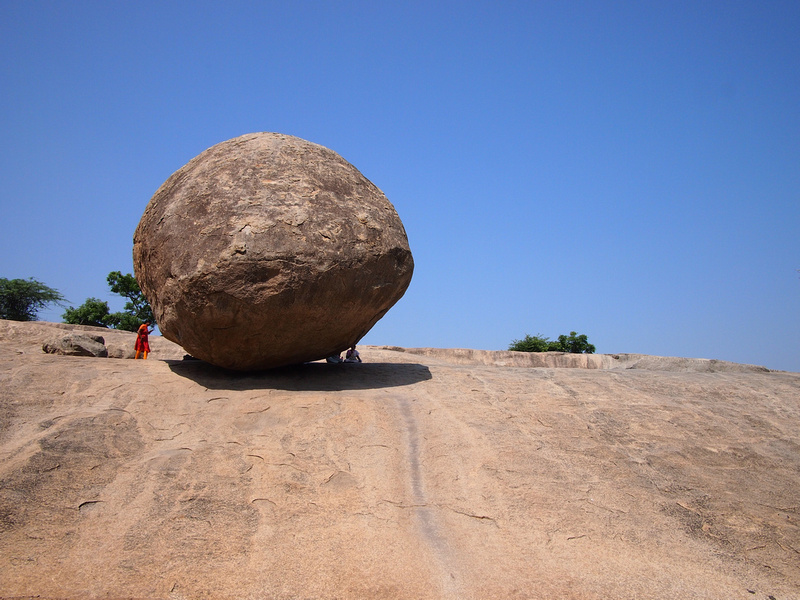 I could regurgitate some facts and figures from Wikipedia about these beautiful carvings, but you can read that yourself. Instead, I’m going to tell you about some drinks you should try when you are here…

While Mamallapuram is small enough to explore by foot, it’s thirsty work walking around under the blazing Indian sun. Hydration options at always at hand though, and some of my favourite beverages in the world happen to be a specialty in India.

While I am first and foremost a coffee man, when in India I can’t go past the masala chai tea. After having chai tea in India I have found having it anywhere else never compares. Just as Guinness aficionados claim that the black stuff isn’t as good outside of Ireland, so to I have never had a chai that compares to an Indian chai (though teh tarik in Malaysia is good).

I found this tea stand in town so of course I had to stop for a tea break. 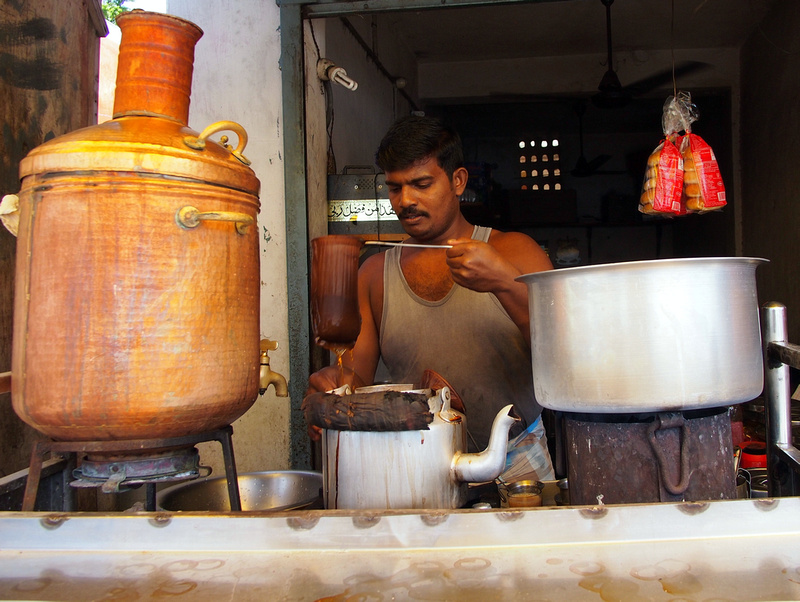 My tea man was happy to show off his tea pulling chops. Part of how good a tea is comes down to how well it’s pulled (poured). 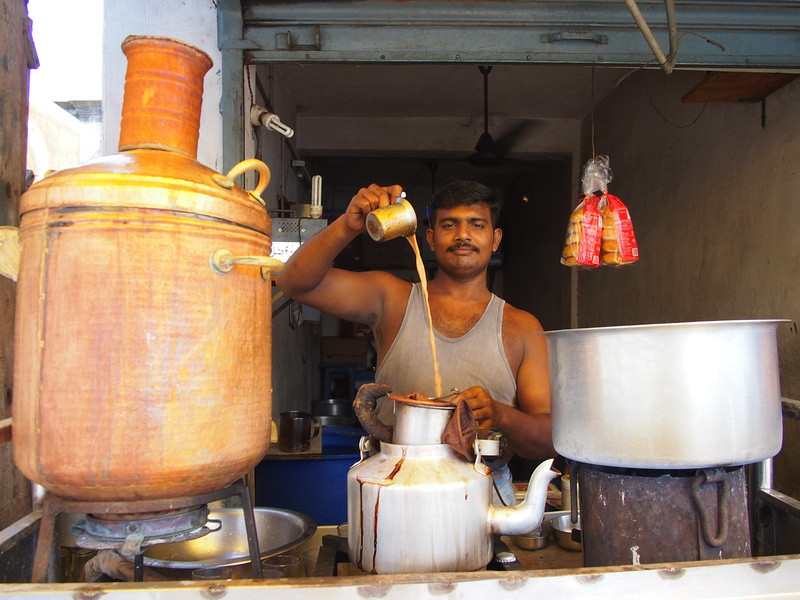 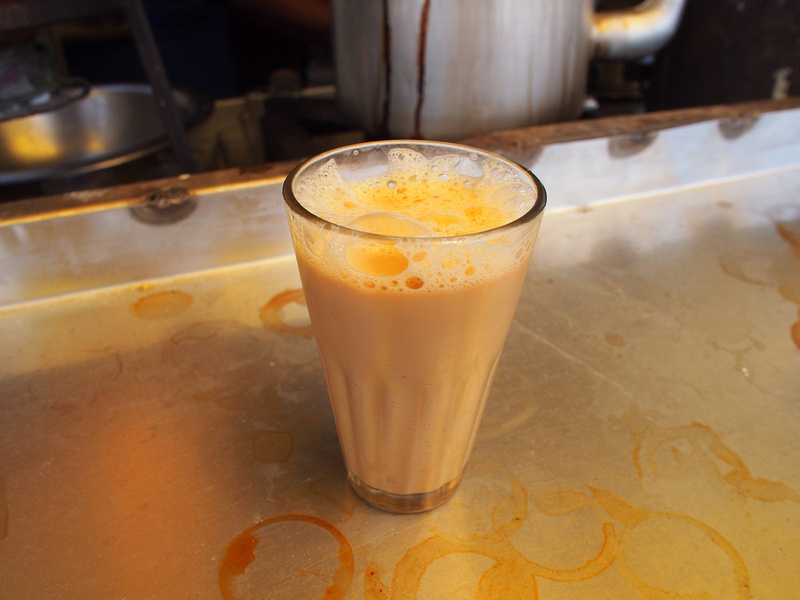 Another classic drink from India is the lassi, yet on my first trip to India I didn’t even try one. I wasn’t a much of a yogurt drink person at the time, the idea of having yogurt product in the heat didn’t appeal. On my return visit I tried a lassi and I was hooked. This picture doesn’t really convey its deliciousness, and sometimes they do look outright unappealing, but you will just have to trust that it tastes better than it looks. 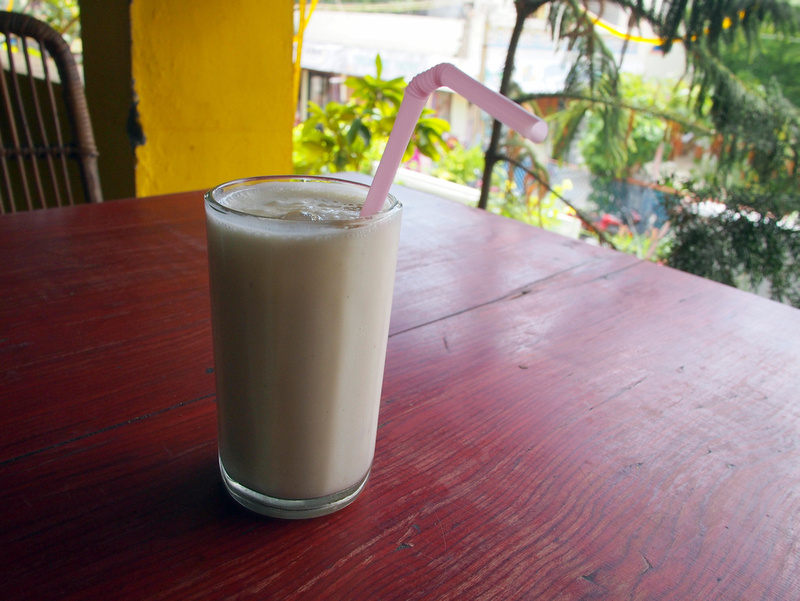 Then of course being in the tropics there are coconuts, which are sold everywhere. At 20 INR (0.33USD) for a coconut this is better than water, and if you are hungry you can ask to have it chopped open for a little snack of coconut meat. 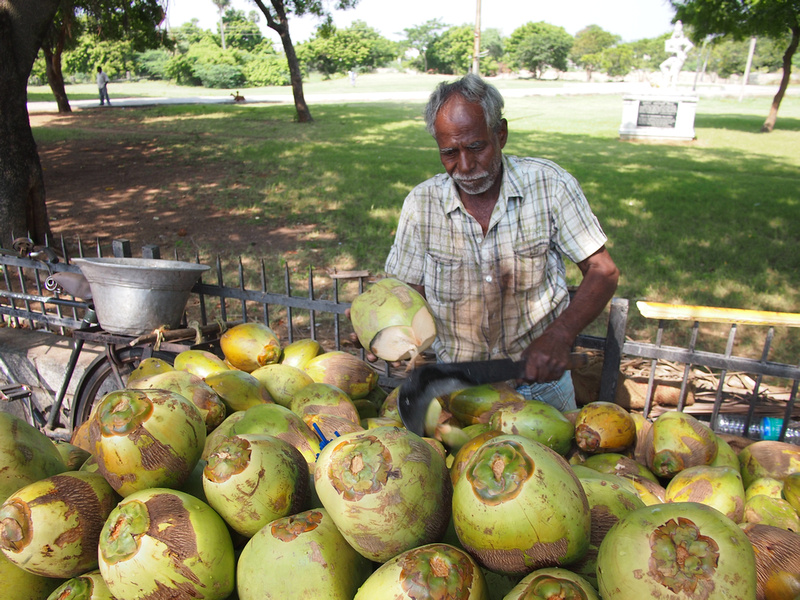 Speaking of keeping hydrated, or at least keeping wet, the hotel I stayed at had two swimming pools. As part of the Carlson Club Global Travelers promotion, I stayed as a guest at the Radisson Blu Resort Temple Bay. Pictured is the beachfront infinity pool and the main pool, which is the biggest pool in India (well over 100 metres long). The hotel is on the beach and a short walk from the Shore Temple. 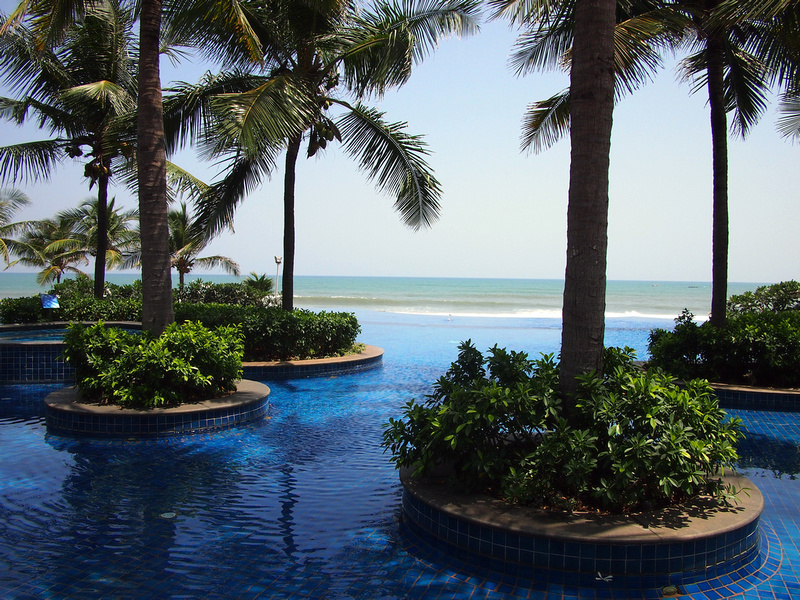 [The biggest pool in India]