Sometimes the film can become big enough that the city becomes synonymous with the film. Perhaps the greatest example of this is Casablanca.

I would hazard a guess that unless you are a Moroccan or a travel and geography nerd (like myself), most people surveyed would associate Casablanca with the movie before the port city in North Africa.

Here are some other films that have a city or town as the title. I am including films that only have the name in the title, so no “Escape from New York” or “2 Days in Paris” in this list. Not even Paris, Texas. 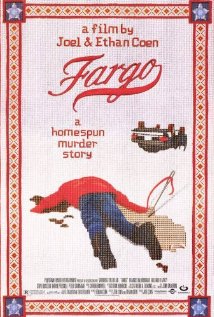 Fargo the movie put the city of Fargo in North Dakota on the map, but not in a nice romantic comedy kind of way. For me when I think of Fargo I think of inappropriate usage of wood chippers.

Some other big name cities as film titles include Chicago, Barcelona, and London, though that one isn’t about London at all.

For big cities a suburb of the city might work better, like Notting Hill in West London.

Some cities are too big to ever become associated with an eponymously title film, such as Paris.

If it’s a film named after a German city, you can be certain that it won’t be a cheery number. For example Dresden, Munich and Nuremberg (TV Movie). You don’t even have to see the synopsis to know that the plot will somehow involve saturation bombing, Olympic terrorism and war crimes court drama.

German cinema has become more vibrant since the fall of the wall but it might be a while before we see such title as Berlin – a romantic comedy.

If you know of any other notable movies named after a city or town leave a comment.