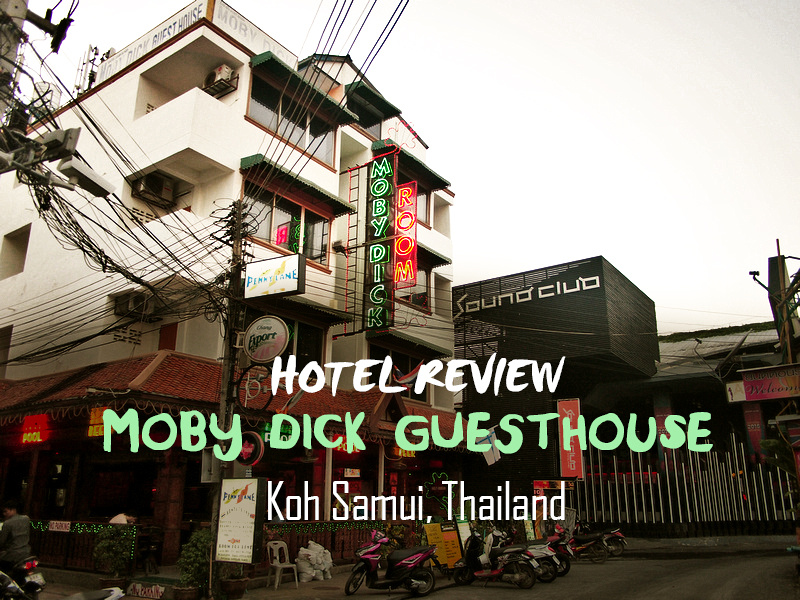 I stayed at the Moby Dick Guesthouse on Koh Samui, Thailand. I booked online at the rate of $14.74 USD per night.

The Moby Dick is in Cheweng Beach, which is the busiest and most commercial area of Samui. I had forgotten how busy it was until I arrived. I had last been here eight years ago but didn’t stay there. I arrived from Koh Phangan and when the transfer minivan dropped me off I realised that I had booked into the biggest party street on the most popular beach on the island.

The guesthouse is part of an Irish bar with the reception inside the bar. I arrived in the day time so there was nothing going on. I was greeted by the friendly landlady and I checked in to my room. 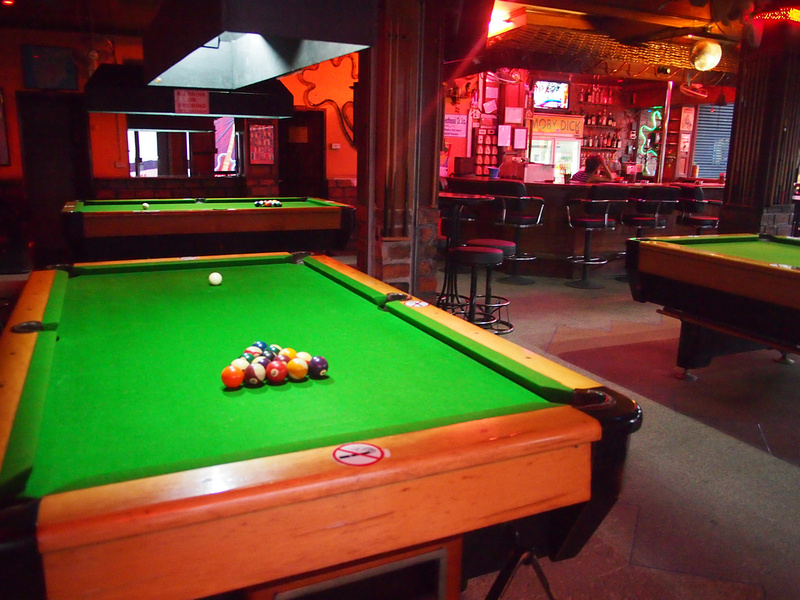 I booked a private fan room with bathroom and I was allocated a twin room. The fan was enough to keep the room cool and the bed was comfortable enough. The room was old but everything was kept clean and well maintained. As is the case with old places there is usually a lack of power outlets, so I had to use my power strip as an extension cord to reach my bed. 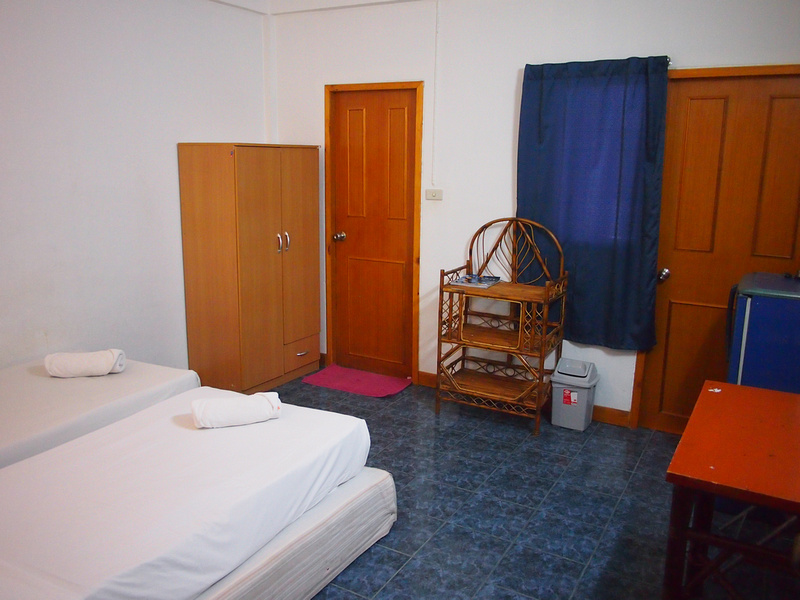 The bathroom was well-kept for its age, but very small space. There was no place to put toiletries so I had to hang my toiletry bag on the wall and leave everything there. 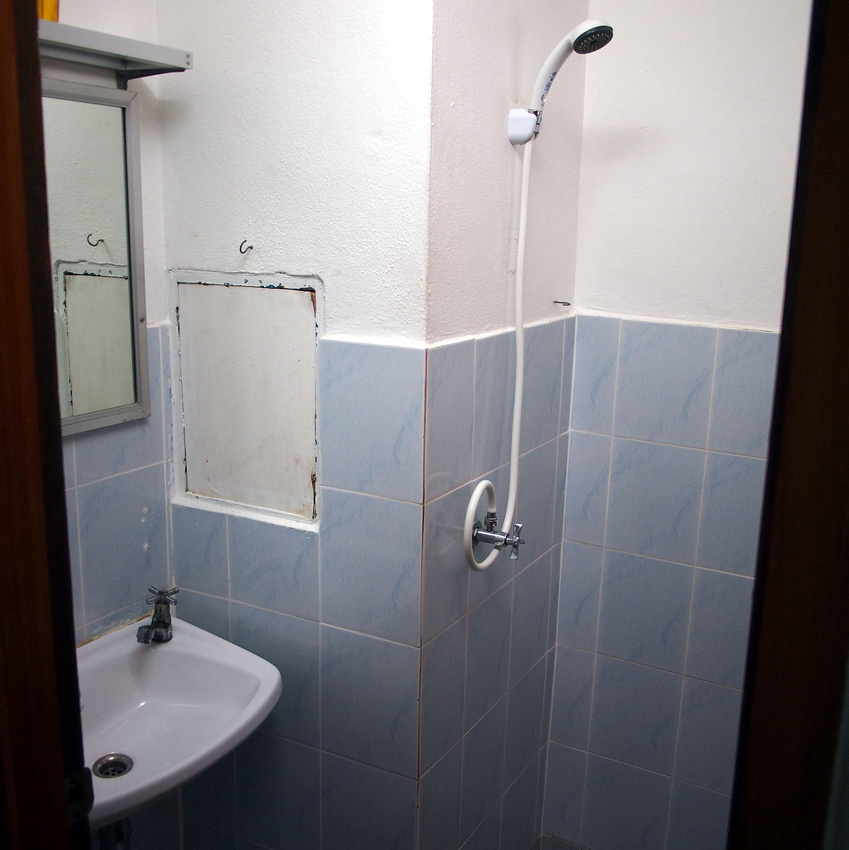 The door didn’t open fully as the toilet was in the way. 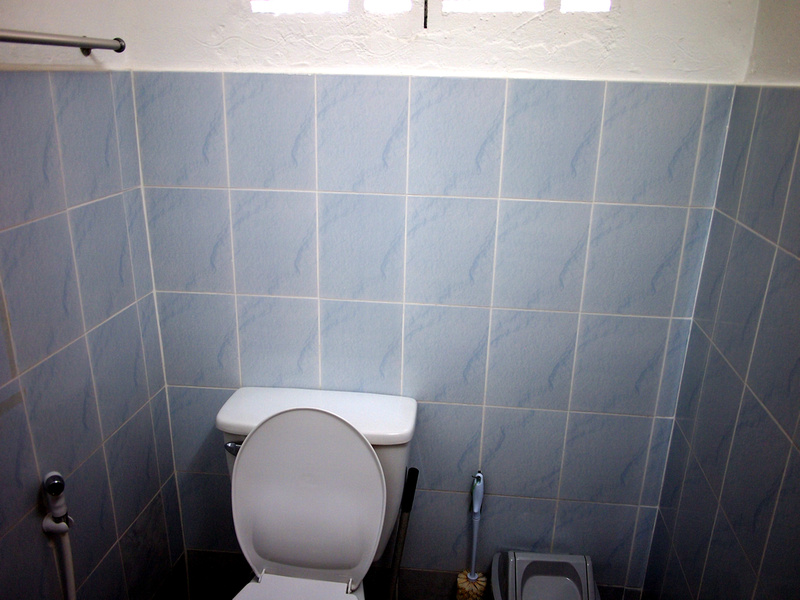 There was wifi in my room but I had a hard time getting a connection. I was on the third floor and went downstairs whenever I needed to load some pages.

As you may or may not know, I’m not much of a party dude these days so I was wondering how noisy the bar would be. It turns out that this bar in particular wasn’t noisy, but every bar on the street was. I later found out that this street is called Soi Green Mango (which is either named for one of the bars on the street or is a euphemism for young Thai girls).

The street is lined with pubs and girlie bars that are open until sunrise. I woke up a few times during the night to the sound of thumping music. The day I left I was getting picked up at 7am to catch a ferry. I went out at 6.00am to get something to eat and the bars were still going. I was solicited by a couple of prostitutes on bikes while I was out, and then – in a classic slice of Thai life – when I returned some monks were in front of one of the girlie bars collecting their morning alms from the bar owner. I’m pretty sure I caught a couple of the younger monks having a sideways glance at the ladyboy’s in the bar.

The Moby Dick Guesthouse is suitable for those on a budget and who just plan to party all night. If you want to sleep like a normal person look for other hotels in Samui.