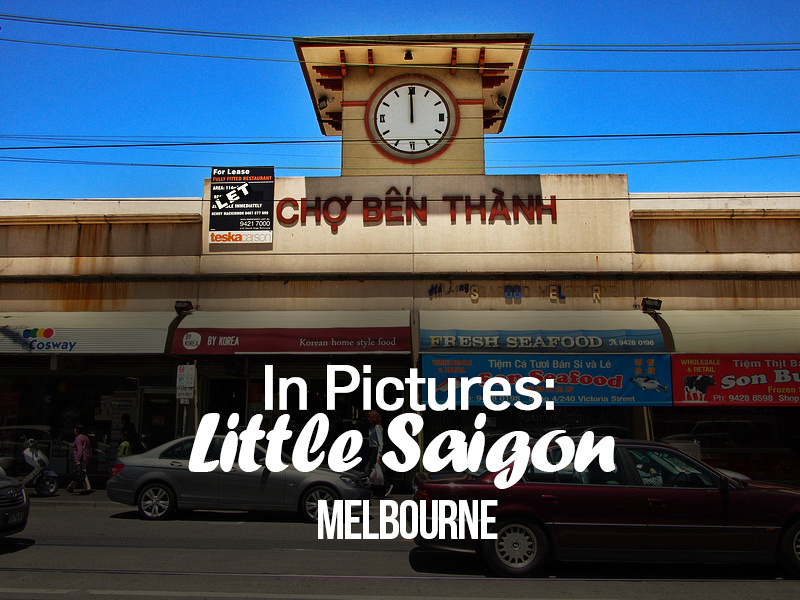 After having spent nearly a year in Ho Chi Minh City I returned my home city of Melbourne for the Christmas holidays. While it’s always good to go back I knew I would be soon be having some Vietnamese food withdrawals, so I made my way to one of the Vietnamese districts.

There are three areas in Melbourne that could claim to be Little Saigon. I went to the one closest to the city in Victoria St, Richmond. For the record, Footscray and Springvale have large Vietnamese communities as well.

After being in Southeast Asia for so long I was especially missing street activity. I got to Victoria St half hoping to see motorbikes and street venders everywhere. It is of course just another Australian street, and apart from the occasional vendor, business is conducted inside, and goods are delivered by trucks instead of on the back of a motorbike.

At least there are still fruit and veg markets here, as most high street shopping strips have lost these independent stores to the chain supermarkets. 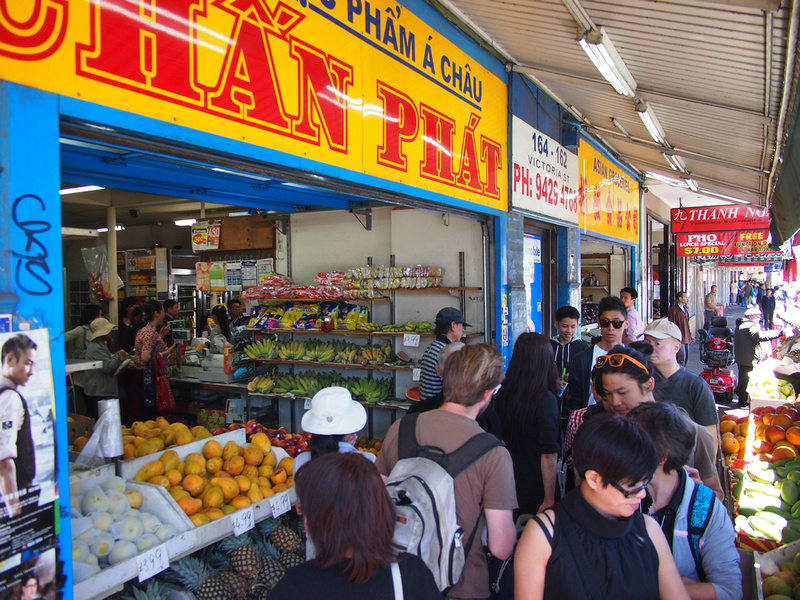 I like visiting markets but I was here to find something that I didn’t have to prepare.

Vietnamese bakeries can be found around Melbourne and they are usually the cheapest roll in town. 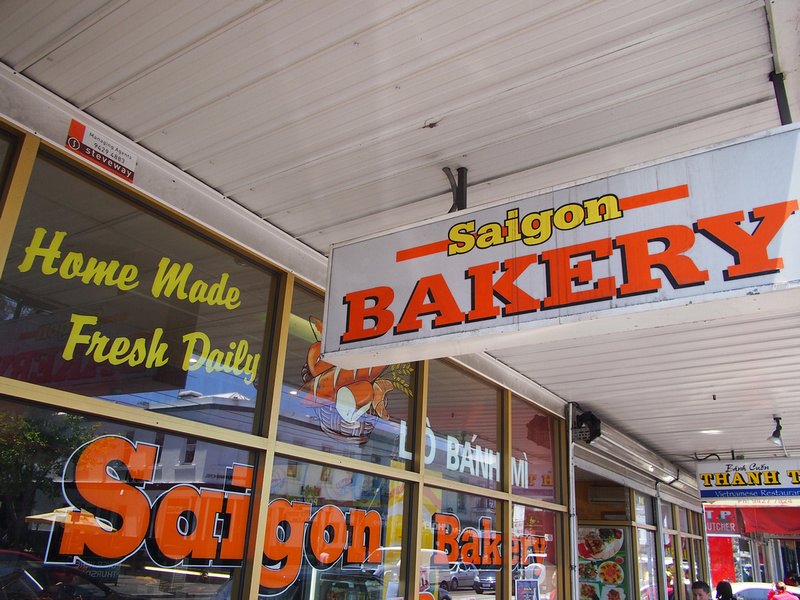 While the some of the banh mi ingredients are the same that can be found in Vietnam, the ingredients have been very much Australianised. After all, you can’t order a salad roll in Australia without canned sliced beetroot. Vietnamese-Australian fusion food at its finest there. 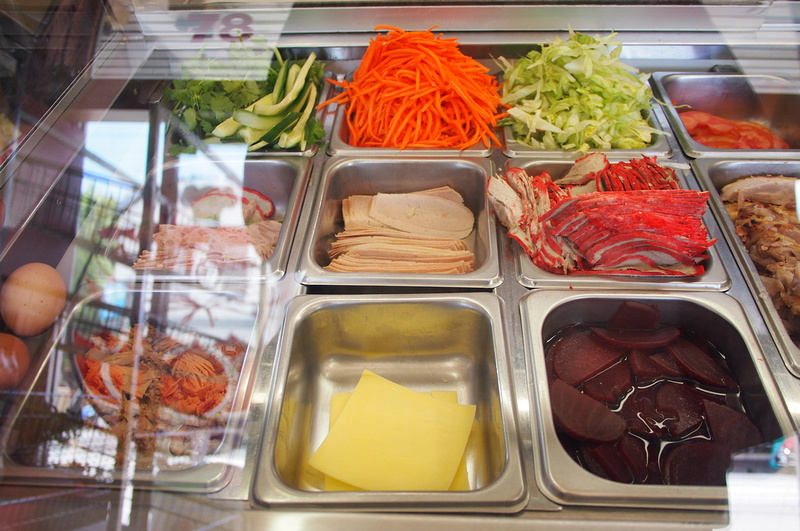 There are pho shops everywhere here, as you would expect. 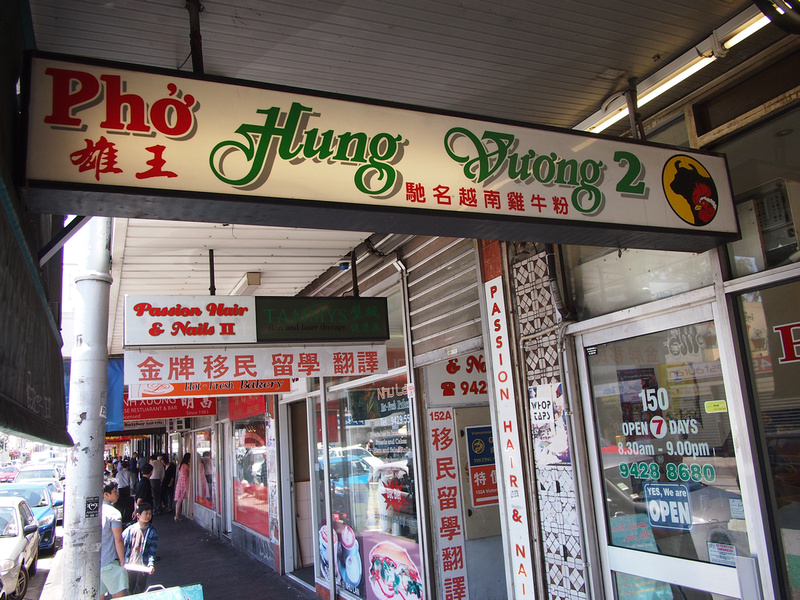 As you soon find out when you are in Vietnam though, there is more to Vietnamese food than pho and banh mi. I was happy to see this board of favourites. 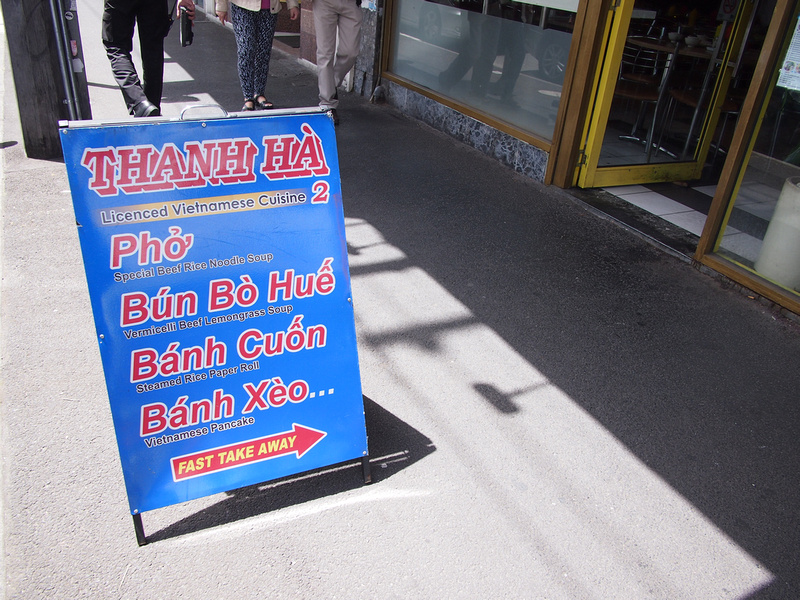 Before going to Vietnam Banh Khot Vung Tau meant nothing to me. Now I know that Banh Khot is a specialty from Vung Tau, and a delicious one at that. 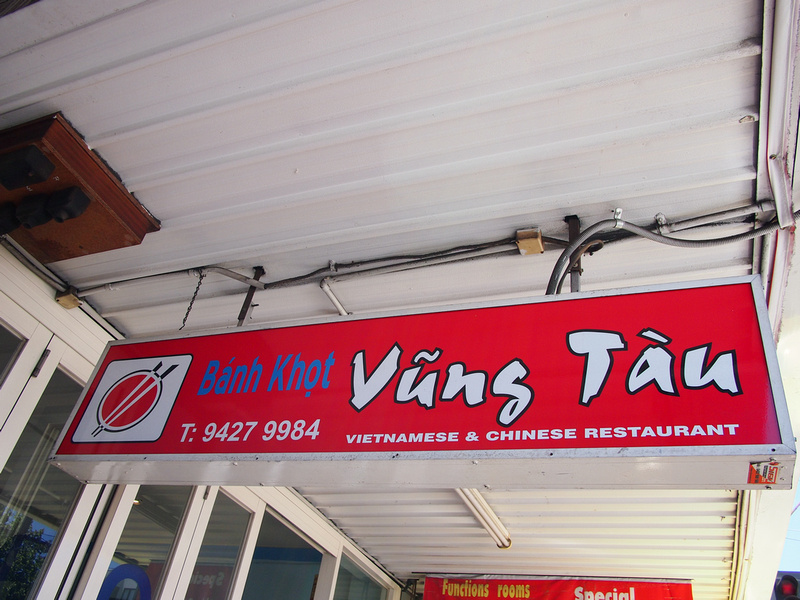 I have gone by this building countless times over the years, but I never knew its significance. This building is a replica (or homage, really) to the central market of Saigon, Ben Thanh. 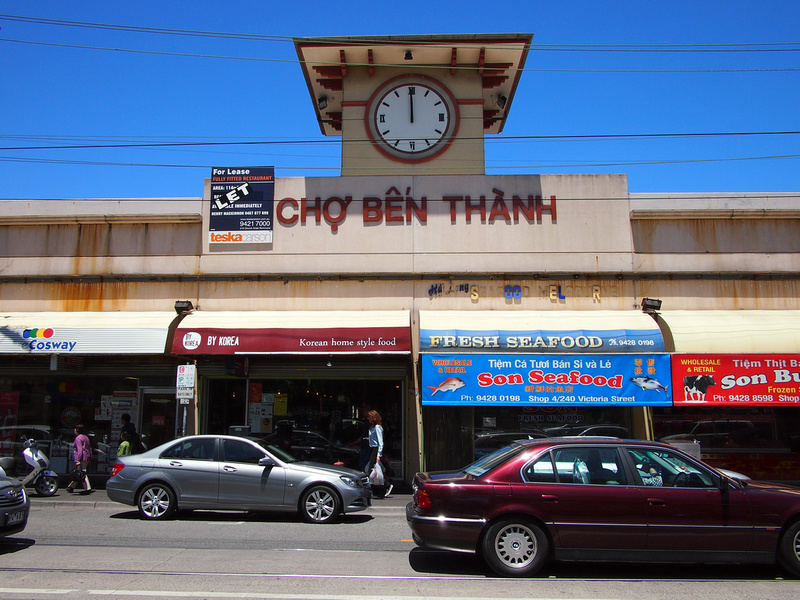 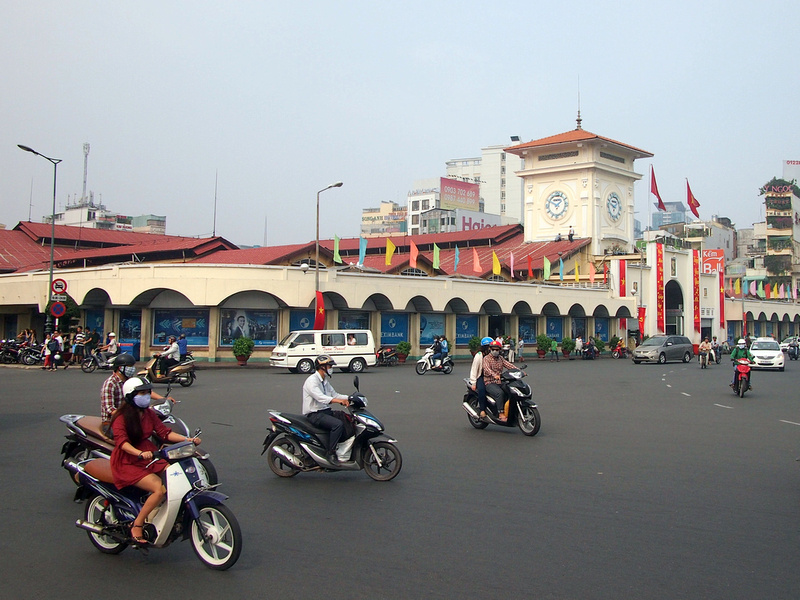 Flying on top of the market replica is something you won’t see on the original; the flag of South Vietnam. I don’t recall seeing a sky that blue over the original market either. 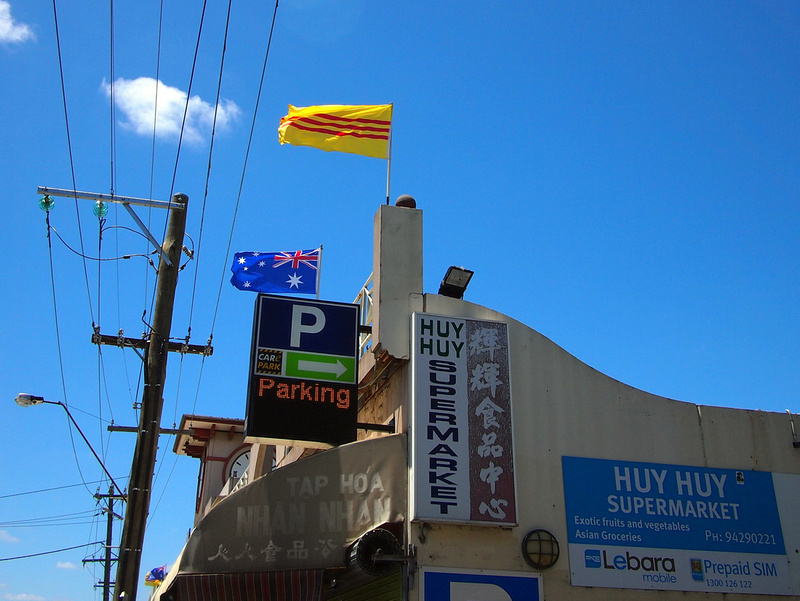 Most of the Vietnamese migrants to Australia came from Southern Vietnam after the fall of Saigon to communist forces in April, 1975. What you won’t see around here are posters of Uncle Ho.

Melbourne is famous for street art, so it is only appropriate that there is some Viet flavoured street art. 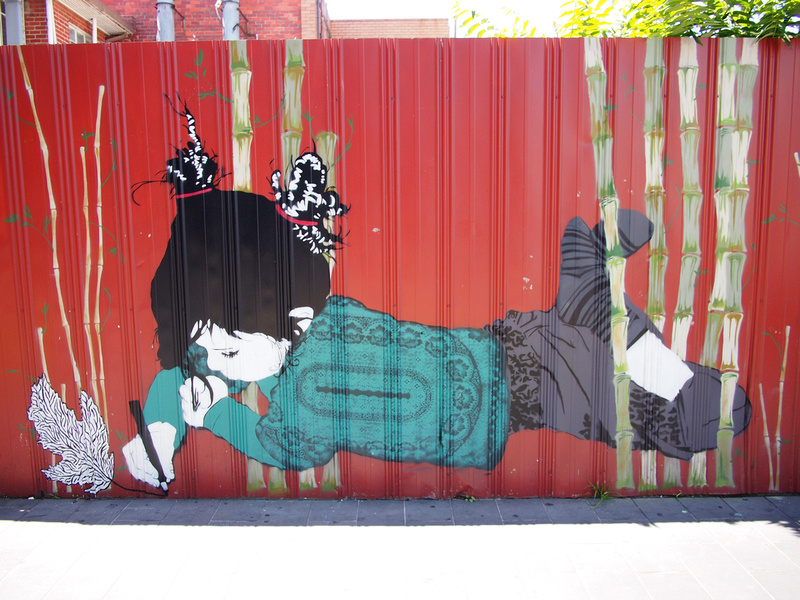 It would be good if the local city council made more of a deal to promote the street. There is a Chinatown in the city centre which has Chinese archways and lanterns on the main Chinatown street. Why not have some Vietnamese themed lights and pictures in Victoria street as well, or some public art installations celebrating Vietnamese heritage in Melbourne.