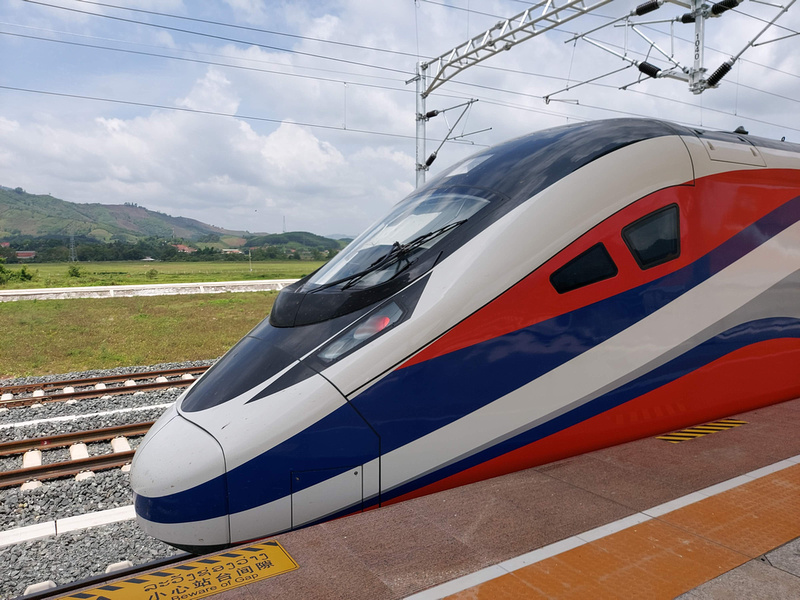 The Laos-China Railway (also referred to as the Boten – Vientiane Railway) opened on 2 December 2021, making it the first passenger railway in Laos. This railway will be connected to trains from Kunming in China, and eventually, there will be direct services from Bangkok.

Laos also has a station at Thanaleng near the Thai-Laos Friendship Bridge. This station is used for a cross-border shuttle service from Nong Khai in Thailand. From Nong Khai you can get the train to Bangkok. 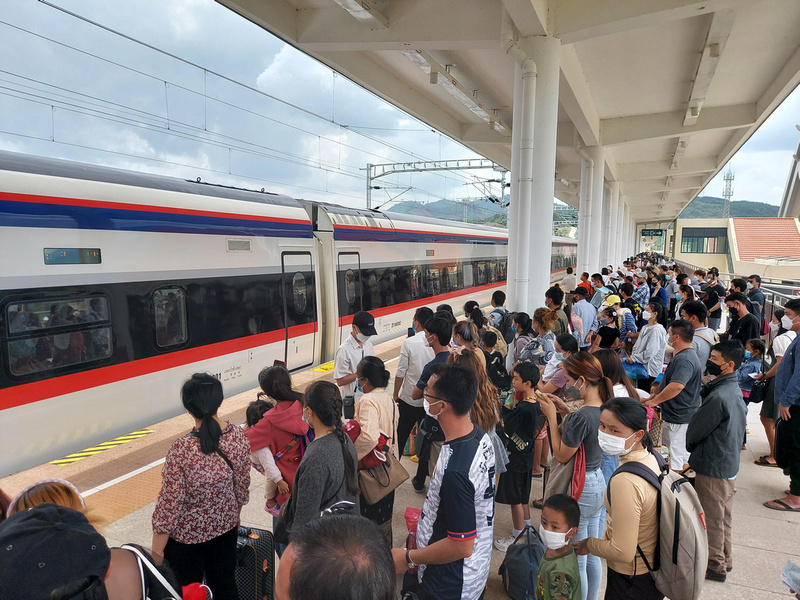 [Note: Baolau wasn’t available when I was in Laos so I don’t have any personal experience. I use Baolau frequently for Vietnam rail tickets so I will use them the next time I go to Laos.]

The Laos-China Railway is 414.332 kilometres, of which there are 258.5 kilometres of bridges and tunnels.

The line is a standard gauge (same as China and Europe) and uses electric-powered trains (EMU). The line is on a single track with passing loops. Express trains have a maximum speed of 160 km/h. Local trains and cargo trains travel up to 120 km/h.

There are 20 stations, with another 12 that will be built in the future:

The express trains stop at:

There is also a local service that stops at all stations, and this is offered at a cheaper rate than the express service. 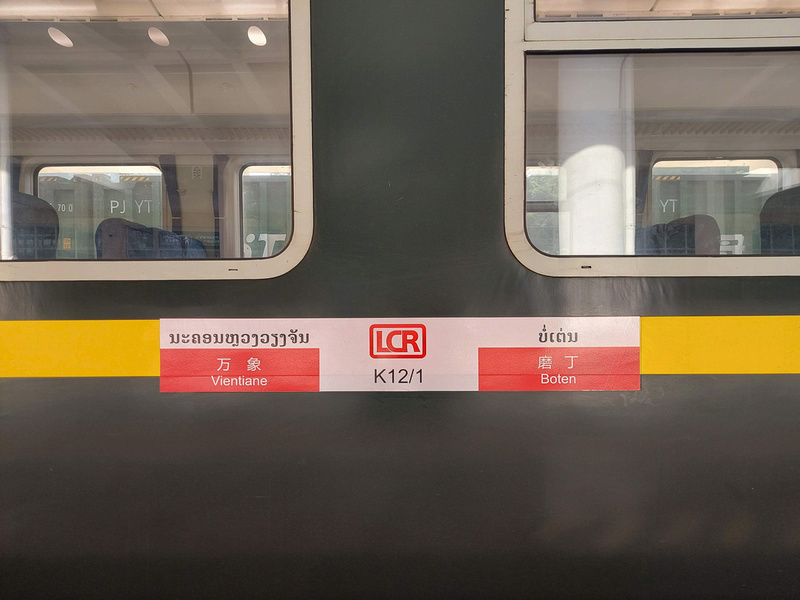 There is currently no official website that sells tickets. The Laos-China Railway plans to offer online ticket sales via an app by the end of 2022. Why an online ticketing system wasn’t developed in the 5 years that it took to build the railway remains a mystery.

It is possible to buy tickets via the online travel agent Baolau, though you still have to pick up tickets in Laos. This will at least get a ticket without worrying about lining up.

[Note: Baolau wasn’t available when I was in Laos so I don’t have any personal experience. I use Baolau frequently for Vietnam rail tickets so I will use them the next time I go to Laos.]

Tickets are available at the train stations and at ticket offices in Vientiane and Luang Prabang.

– Tickets are available 3 days in advance.
– Ticket offices only sell tickets for the same departure city, and they don’t take cash.

Laos-China Railway – A review of the Vientiane to Boten train
My trip report of my travels along the entire length of the railway in May 2022.

The Nong Khai – Thanaleng railway is an extension of the Bangkok to Nong Khai railway. This 4km railway is operated by Thai State Railways to Thanaleng, and from Thanaleng there are waiting minivans to complete the trip to Vientiane. Here is my trip report on how to get from Bangkok to Vientiane by train.