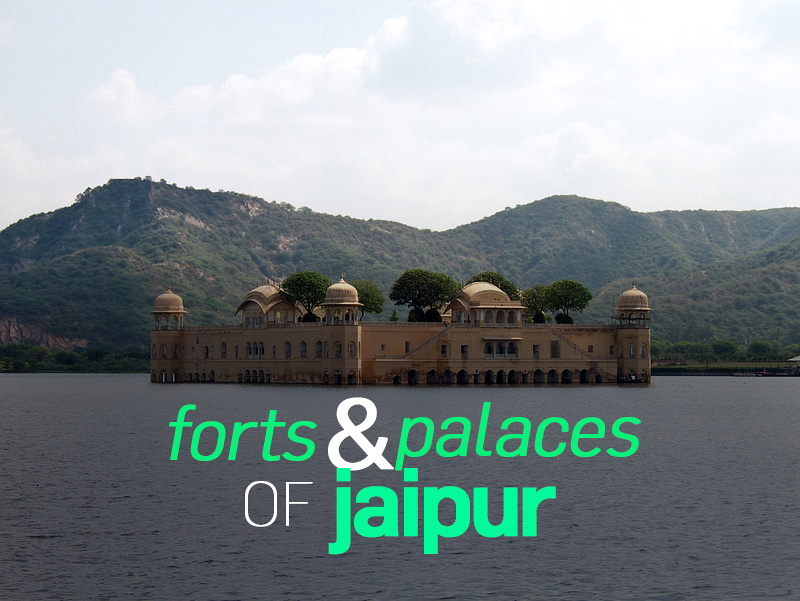 Jaipur was the fifth city on my Club Carlson trip that is taking me to seven cities around Asia. When I saw the itinerary I was happy to see Jaipur on the list.

I came to Jaipur in 2011 and I had Delhi belly (I had just come from Delhi and got sick when I arrived, so I’m calling it Delhi.) As a result I didn’t see much of Jaipur the first time around, so now I had the chance to see what I missed.

Jaipur is the capital of Rajasthan and there is a tonne of things to see in the city and in the surrounding area. There are many forts and palaces outside the city so to make the most of your time it is best to jump on a tour that will visit all the sites, or hire a driver and car, which I did for a half day trip.

My first stop was to Amber Fort, which is about 11km outside of the city. 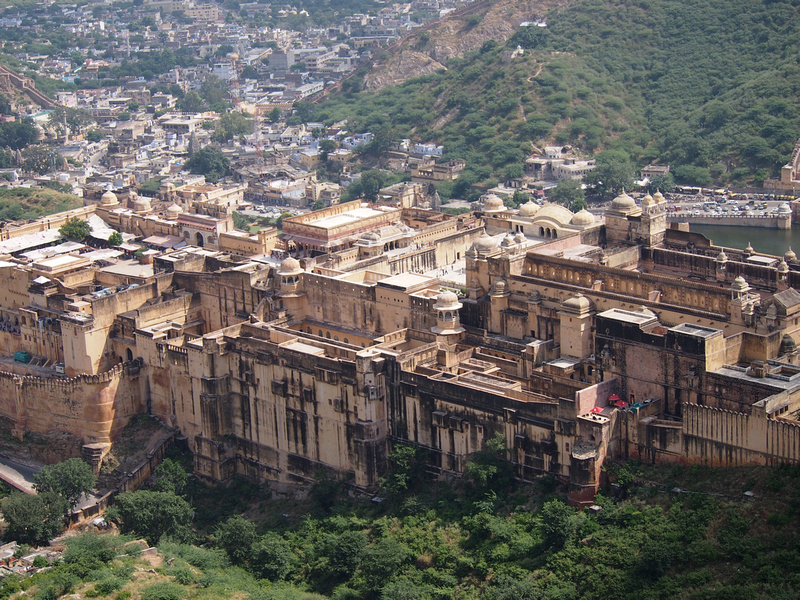 The Amber Fort of one of the most popular tourist attractions in the Jaipur area, and the crowds there were a reminder of this fact. 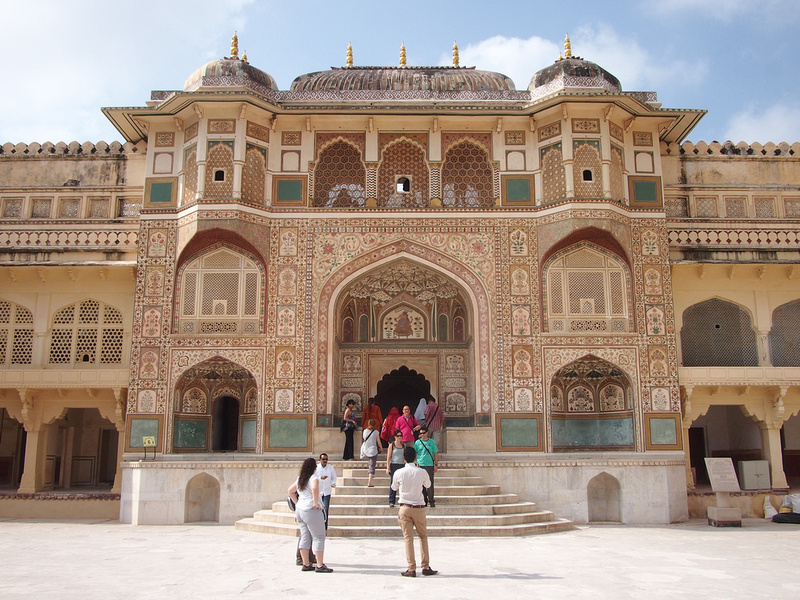 I always escape large crowds by looking for the smaller details, such as these ceiling decorations. 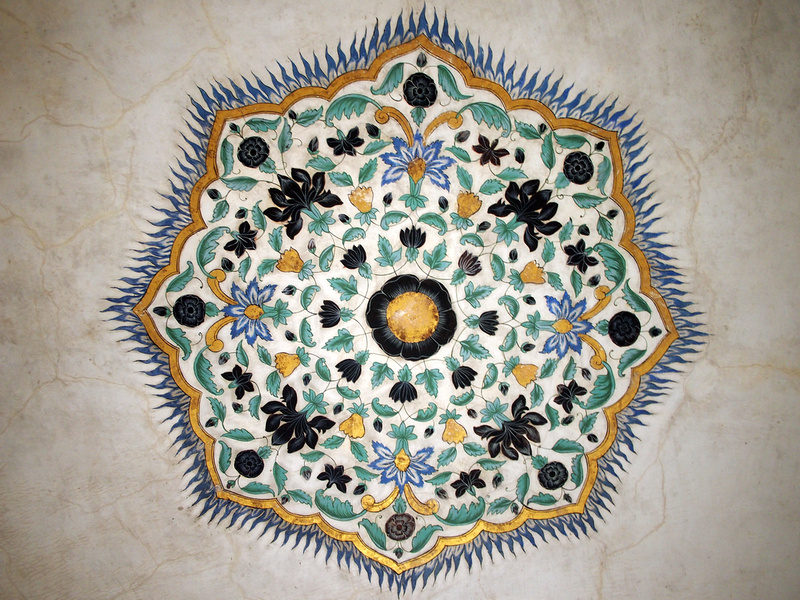 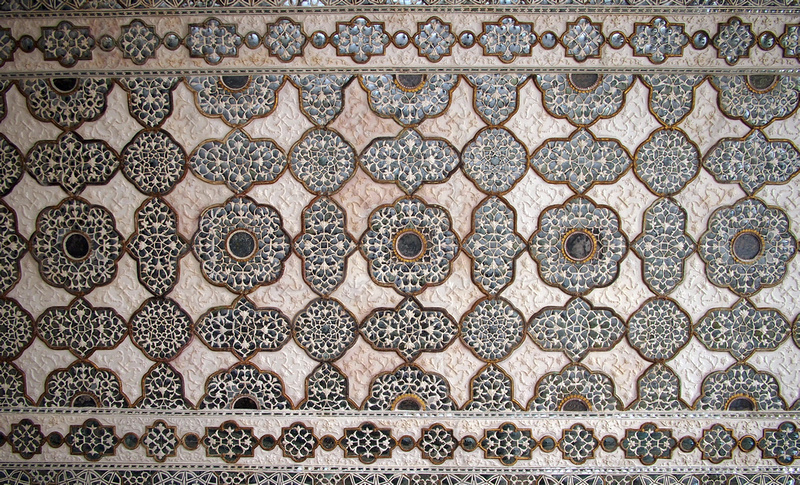 About a kilometre uphill from Amber Fort is the Jaigarh Fort, which is considered as part of the same complex.

The interior isn’t as lavish as the Amber Fort but it is worth going up there for the view. 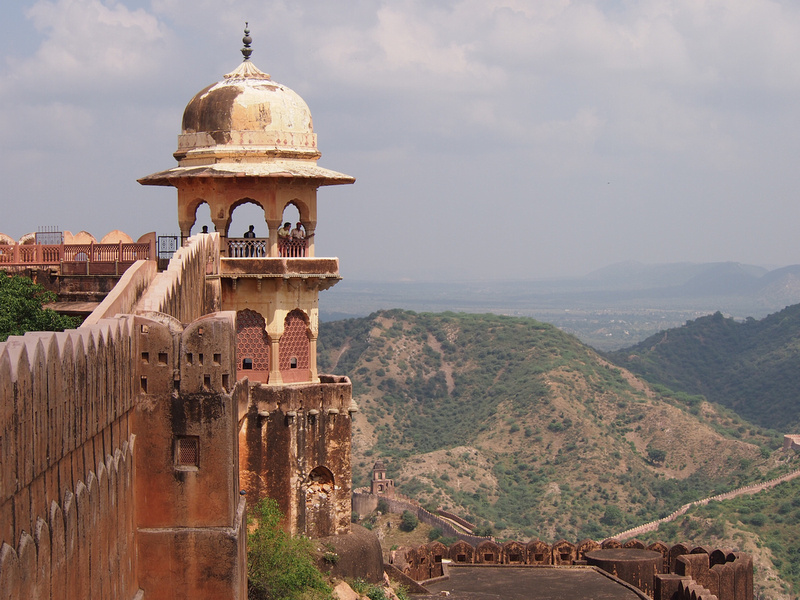 Jaigarh Fort is also home to the Jaivana Cannon – the worlds largest cannon on wheels. 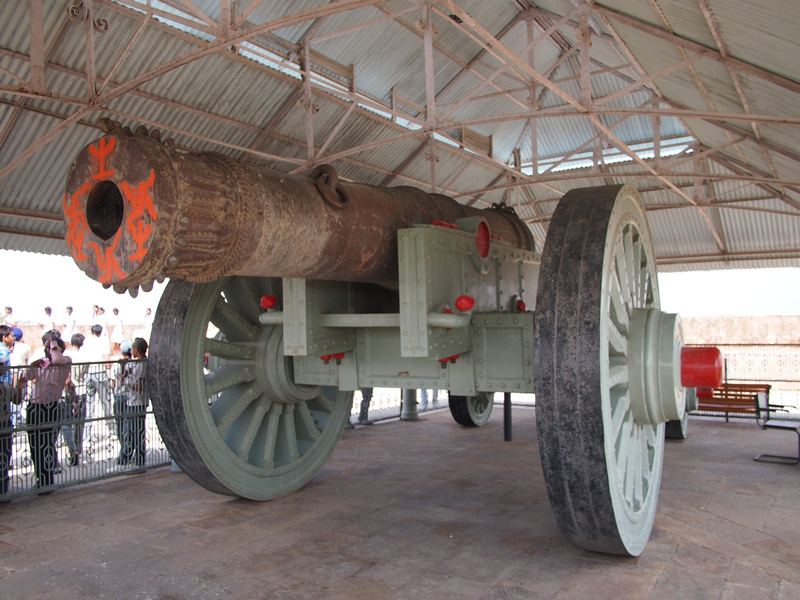 Heading back into town we passed by the Jal Mahal (Water Palace). I was palaced out by this point so I didn’t go in, but it seems that seems it is at its most photogenic with the view of the lake. 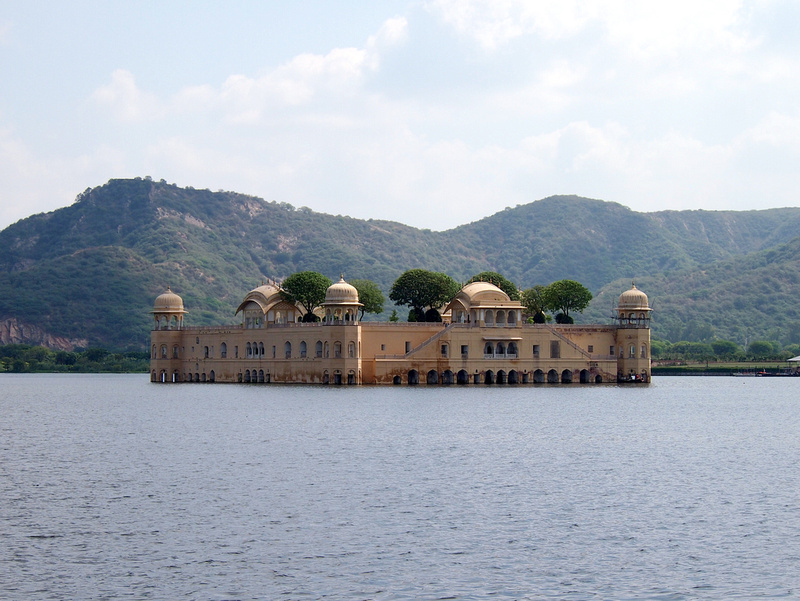 Back in Jaipur is the City Palace, which was the seat of the Maharaja of Jaipur. 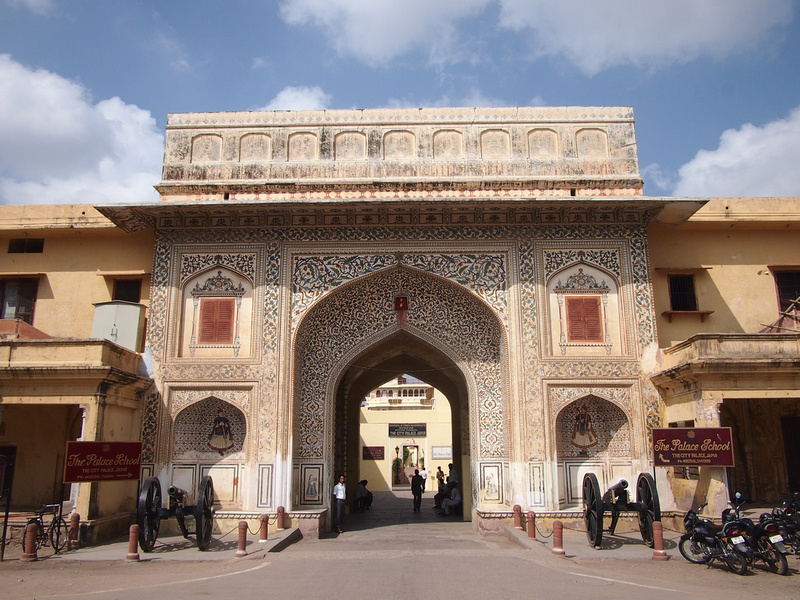 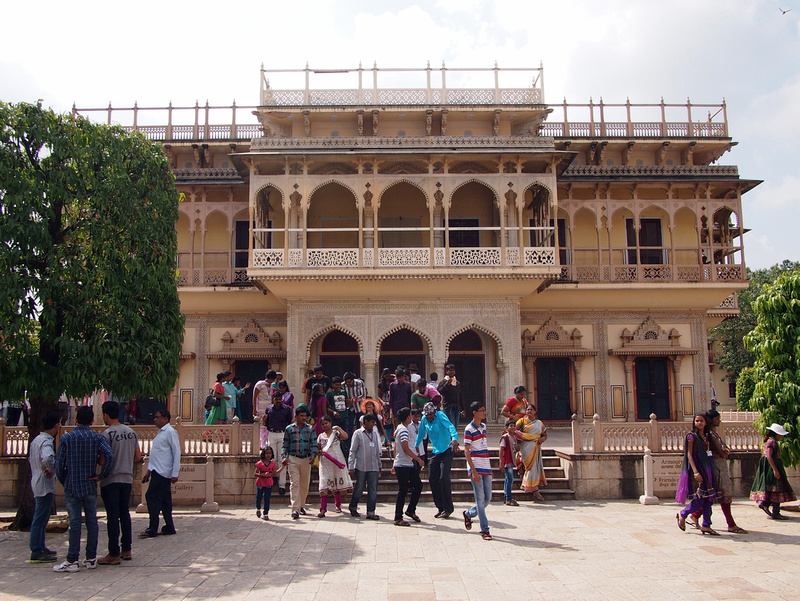 … and once again, looks for the details. There are beautiful things everywhere. 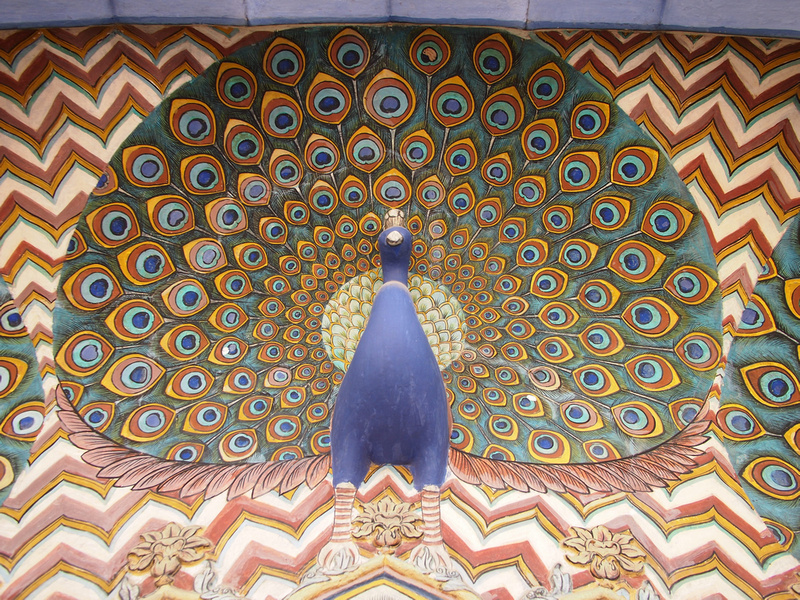 Next to the City Palace is Jantar Mantar, which has a collection of architectural astronomical instruments. This giant sundial is 27 metres tall and is accurate to within 2 seconds. 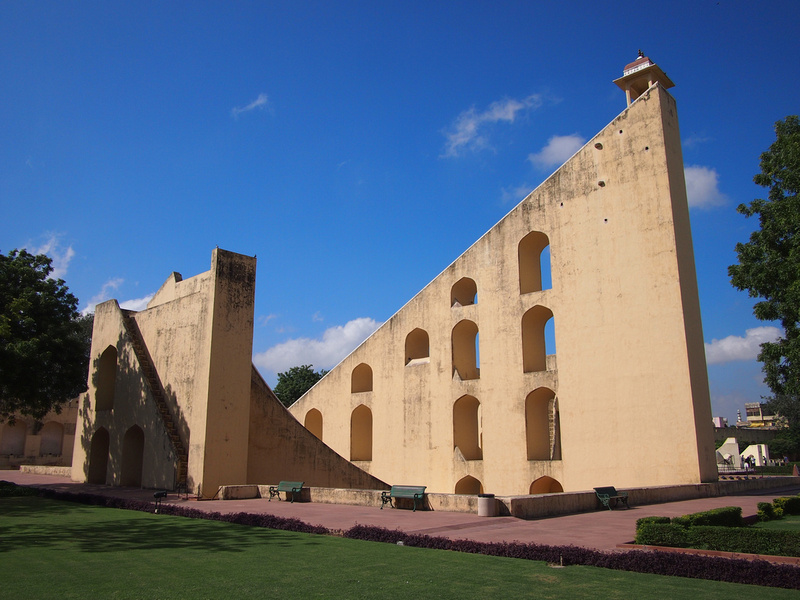 The Hawa Mahal (Palace of Winds) is in the heart of the historic Pink City district and can be visited with the same ticket from the Amber Fort.

Most of the buildings in the Pink City are built from red and pink sandstone, thus giving the city its name. 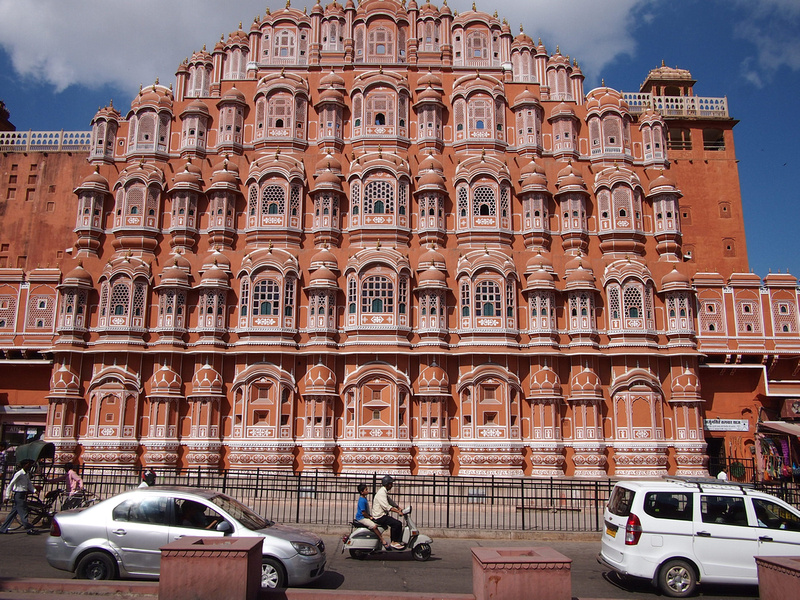 I had a crazy, random travel coincidence where I crossed paths with one of my best friends, Jodi, who was in Jaipur on a work trip with her mum. Both of our itineraries were not set by us, yet it just so happened that we crossed paths on the same day in Jaipur. 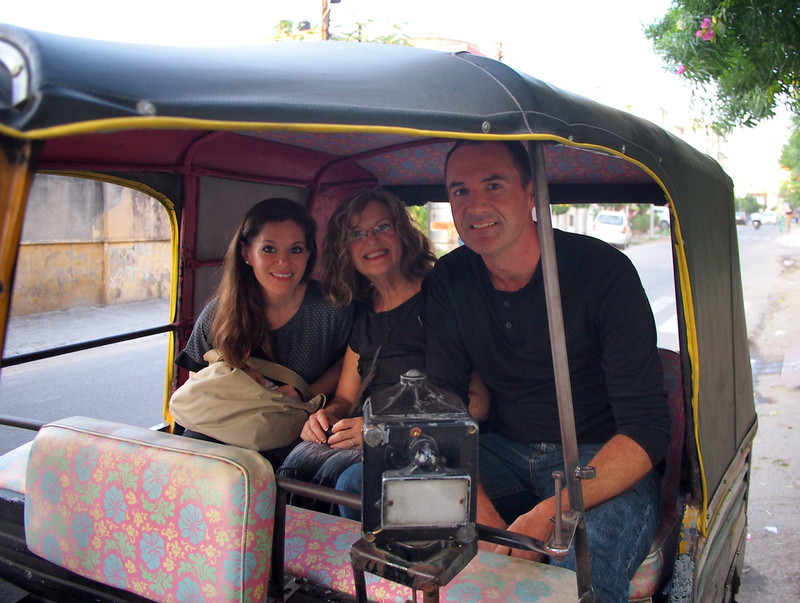 Did I tell you that I love lassi’s, the yogurt-based drink that is popular in India? Yes, I did. I mentioned the delicious drinks of India when I was in Mamallapuram, and here in Jaipur the drink seems to be everywhere.

There is a famous lassi shop called Lassiwala, which has been serving lassi’s since the 1940’s. It’s famous to the point that other lassi shops have also called themselves Lassiwala, just like in New York where “Rays Pizza” can be found everywhere.

This Lassiwala can be found on MI Rd, Shop 312. 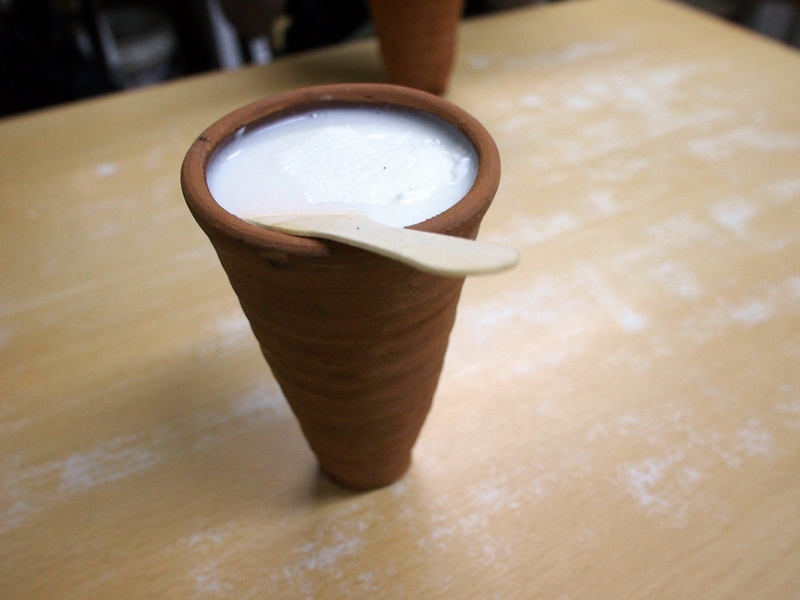 I also discovered the joys of an ice cream lassi. This one was at shop 222 on Tripolia Bazar. 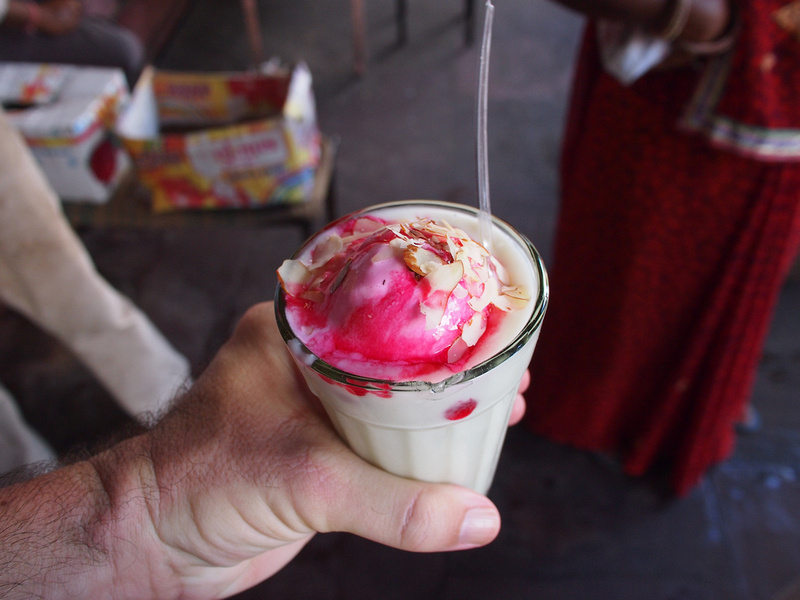 As part of this Club Carlson Global Travelers trip I’m staying at Carlton Rezidor Hotels in each location. In Jaipur I stayed as a guest of Country Inn & Suites By Carlson Jaipur.