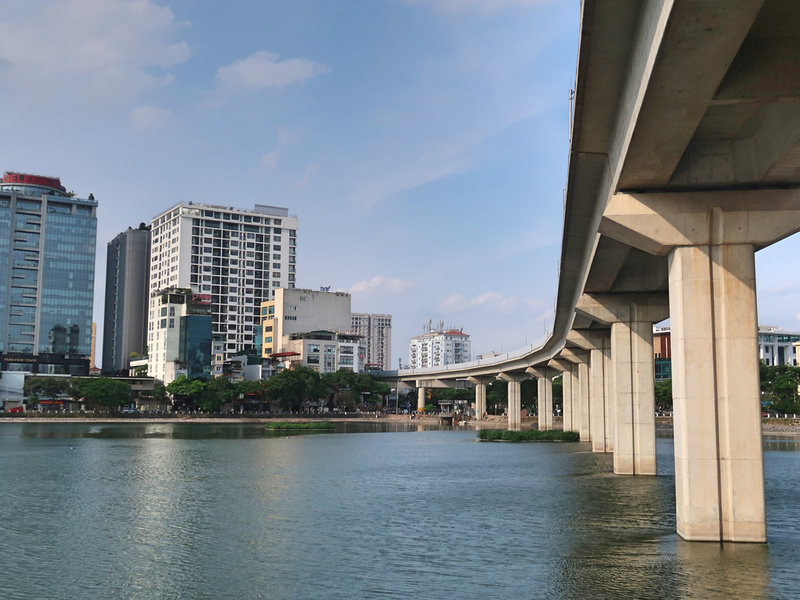 Hanoi is a city of over 8 million people that is composed of 12 urban districts, 1 district-level town, and 17 rural districts. Most visitors – including myself – stay in the old quarter in Hoan Kiem district, and visit Ba Dinh District (the political and cultural heart of Vietnam). With a new metro system being built, visitors in the future will have more options beyond these two core districts.

I’ve visited Hanoi numerous times, yet whenever I go I seem to be trapped inside the old quarter. Not that there’s anything wrong with that as it’s a fascinating place to wander around. I usually visit Hanoi on the way to somewhere else, so by the time I’ve revisited my favourite cafes and street food stands it’s time to move on. 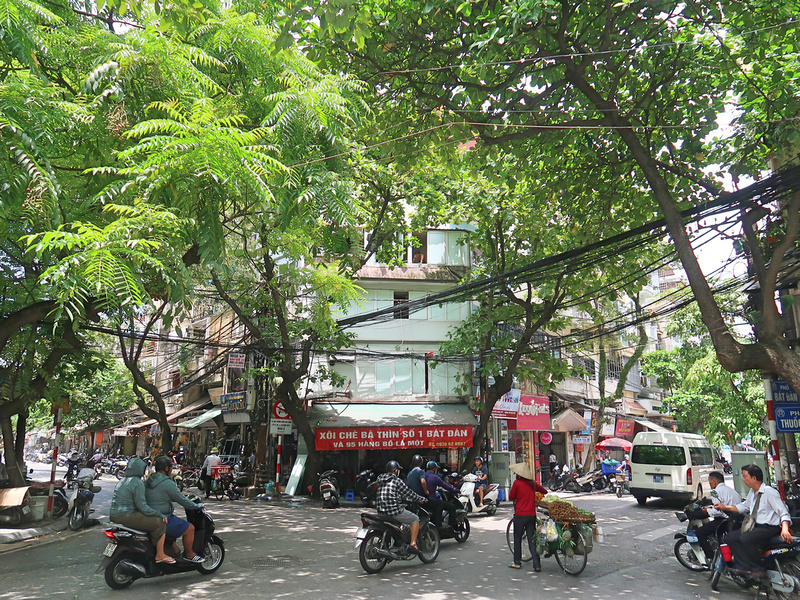 On my most recent trip to Hanoi I made a report on the state of the metro. This gave me a chance to see what Hanoi is like outside the old quarter. 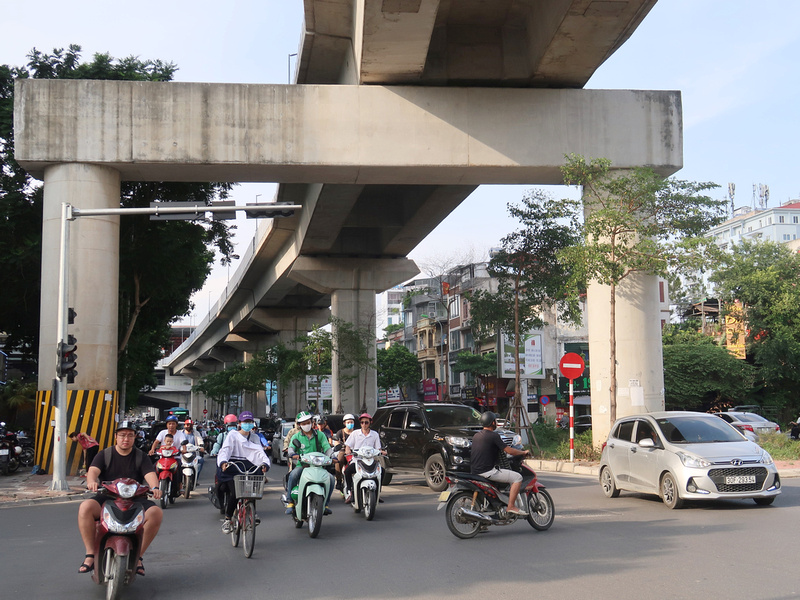 There are two lines under construction, both of which are far behind schedule. Like Ho Chi Minh City, Hanoi doesn’t have any form of metro system (though they both once had trams). I have been following the progress of the Hanoi Metro to see how it compares to the HCMC Metro.

The metro in Ho Chi Minh City should have been finished by now if it had gone to schedule. It’s now years overdue, but property developers have not been resting during this time. There are new apartment towers near the future stations, and vibrant neighbourhoods such as Thao Dien have formed in anticipation of the metro.

The Hanoi metro will also have a transformative effect on districts outside of the old city, just as the BTS in Bangkok has transformed neighbourhoods near each station. Maybe in 10 years time there will be the equivalent of an Ari or Thonglor in Hanoi. These two neighbourhoods in Bangkok have been transformed by their proximity to the skytrain, and for travellers they are popular places for Airbnb rentals.

To get a feel for what is happening I went walking along the lines under construction, as well as the route of one of the future lines. Here is a map of the proposed lines provided by Hanoi Metro. To view a larger version, click here.

And for reference I’ve mapped the places mentioned in this post.

Starting with a line that isn’t under construction yet, I walked though some of the areas where Line 2 will go. Line 2 will be of most use for visitors as it will be a direct line from the airport to the old quarter. Construction of this line has been delayed for over a decade, with some of the delay being due to how to route the line under the old city. It appears that some of the major issues regarding the route in the old quarter have been resolved, so this might be the next line to start construction.

From the old quarter the line will go south to Hai Ba Trung district. I’ve been to Hanoi maybe 10 times and somehow I’ve never been here. Starting my walk from the main train station I found the Hanoi Central Circus. I love the modernist architecture, though it appears to be one of those old-school animal circuses. 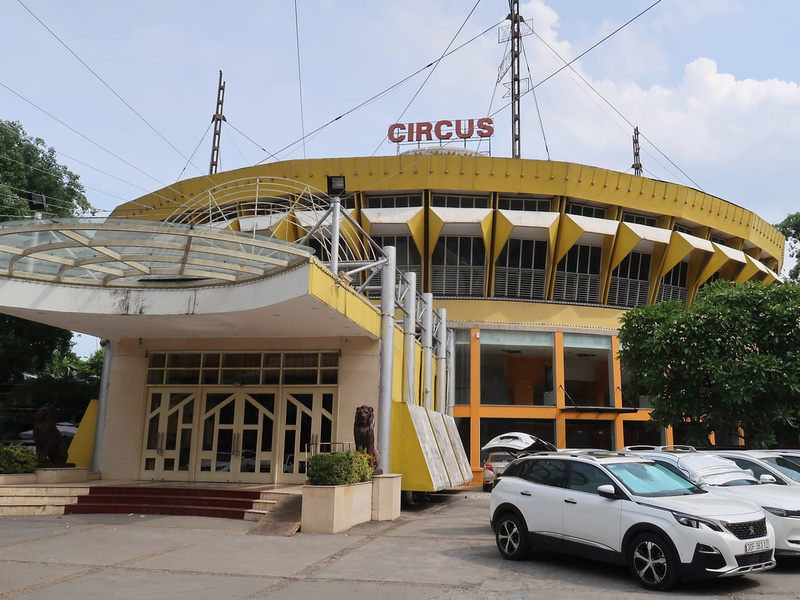 From here I visited Union Park, which I can’t believe I’ve never visited before. The park has a big lake and lots of tree-lined walking paths. To the south of the park will be a station for the Line 2 metro. This is already a desirable area, so having such a useful metro line will make it one of the top places to live. 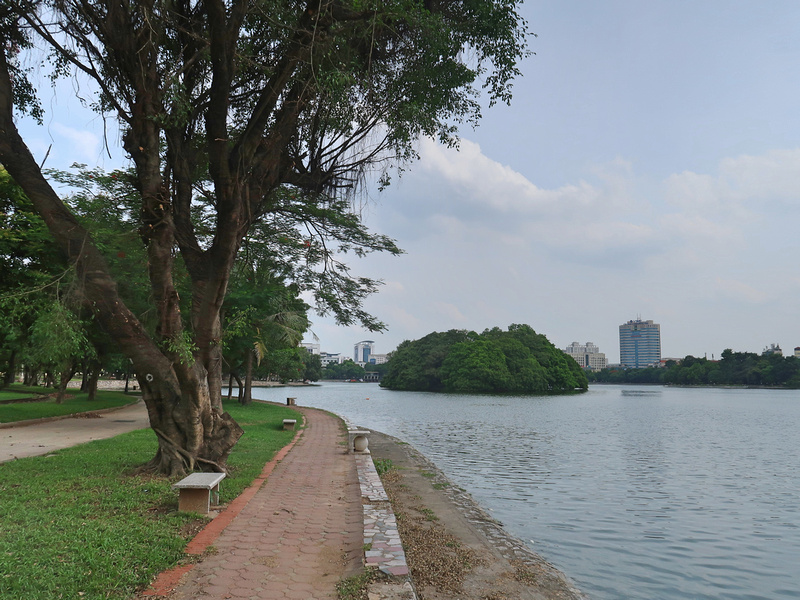 Continuing my walk around where Line 2 would go I ended up at the new Vincom Center in Dong Da district. Somewhere around here will be the Chua Boc station. 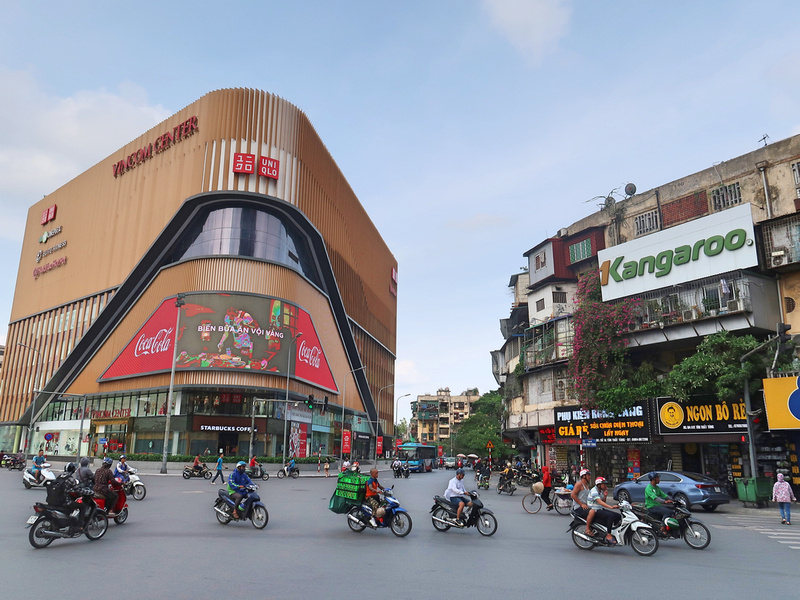 From here I left the path of Line 2 and headed towards Thai Ha station on the under-construction Line 2A. The station is near Thai Ha street, which could become a shopping hotspot in the future. 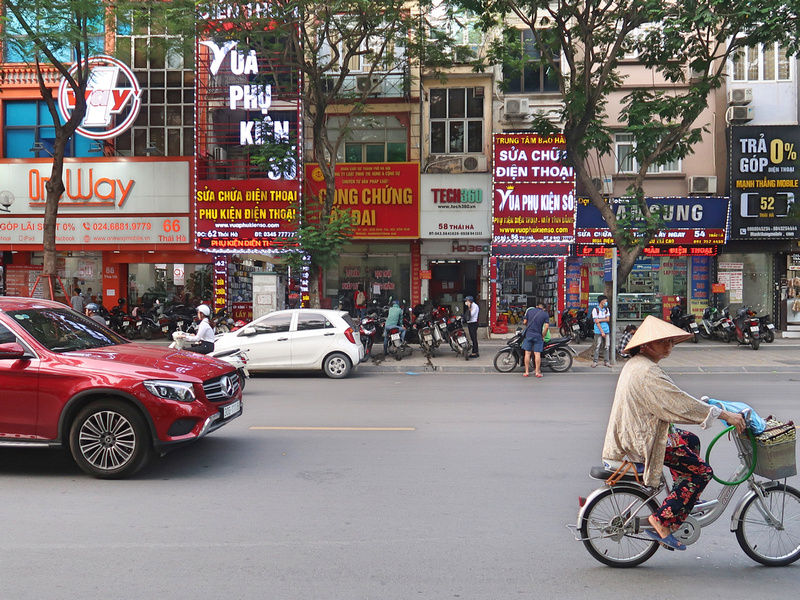 As there is no other metro in Vietnam I keep referring to the experience of Bangkok, which I have watched transform over the years. On Sukhumvit Road in Bangkok the small buildings near the stations have been gradually demolished to make way for apartment towers. Looking at these small buildings near Thai Ha station I wonder what this section will look like in 10 years. 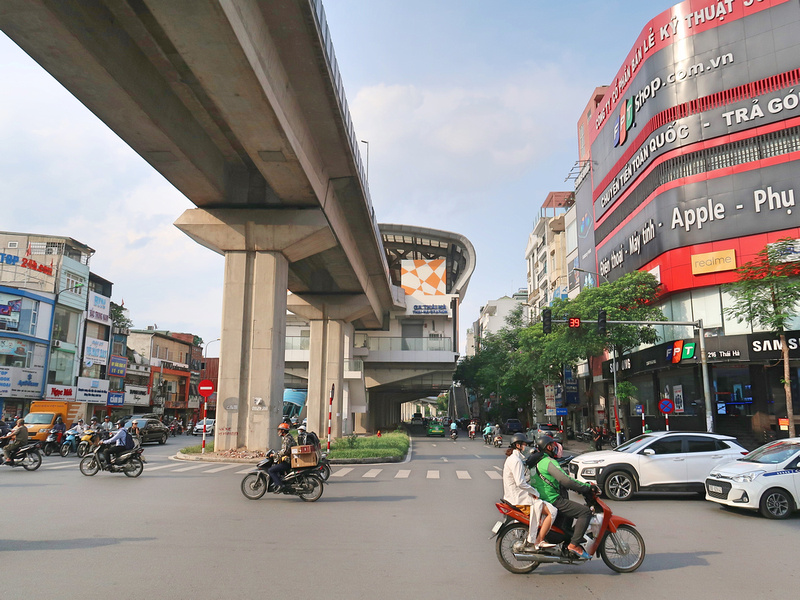 The next station up is La Thanh. The buildings around the station are a jumble of old buildings with a streetscape that needs to be refurbished. 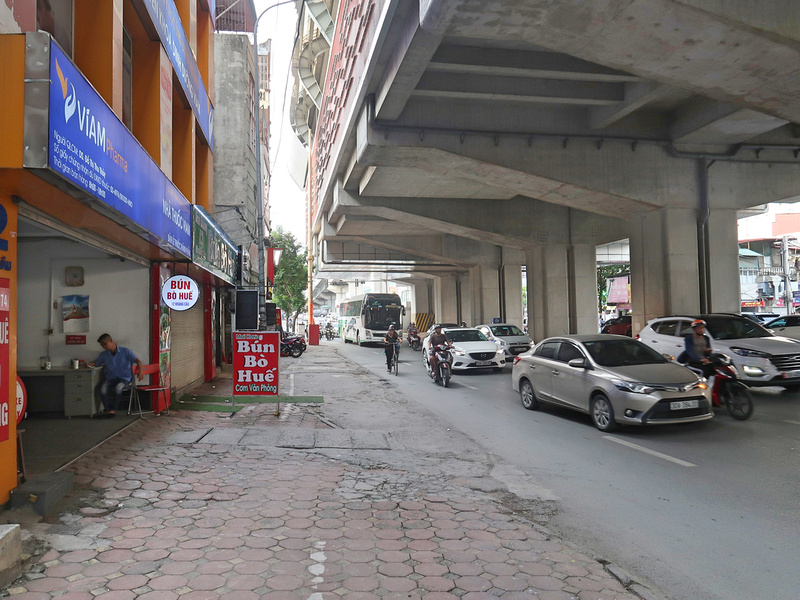 I had already reached my coffee limit for the day by the time I got to La Thanh, otherwise I would have gone to Twitterbeans Coffee for the name alone. 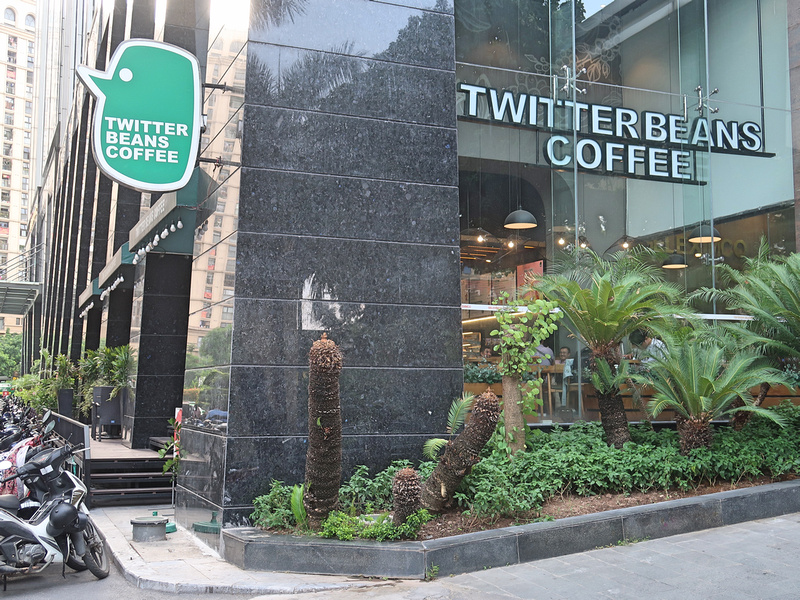 Line 2A terminates at Cat Linh, where it will junction with Line 3. The Pullman Hotel is on this corner, and once the construction mess has been cleared it will be interesting to see how this corner evolves. 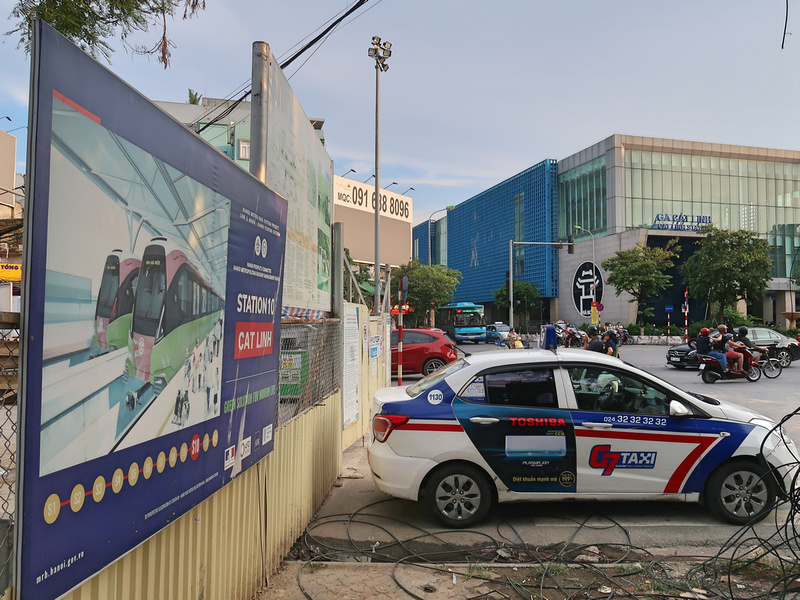 I did a separate walk for Line 3 by getting a Grab bike to Chua Ha Station and walking back to Hanoi Station from there. Developers have already built out the area around this station. 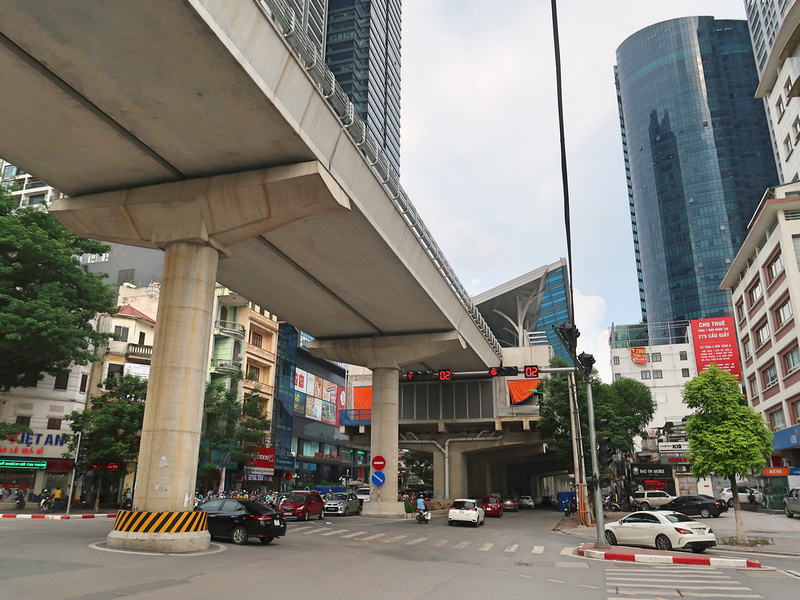 The intersection at Cau Giay Station is nothing like you see in the old city. This is next to the Hanoi Zoo. 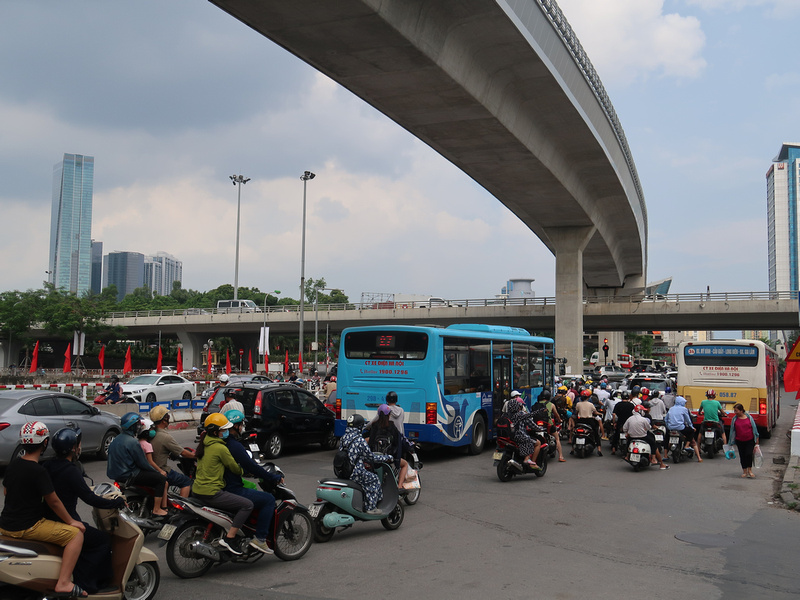 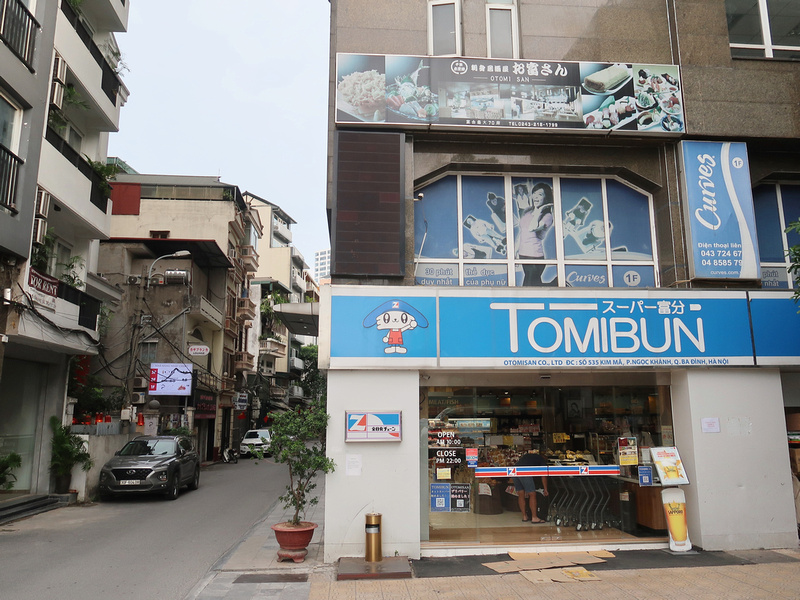 I stopped for a latte at Define – a Japanese specialty coffee cafe. 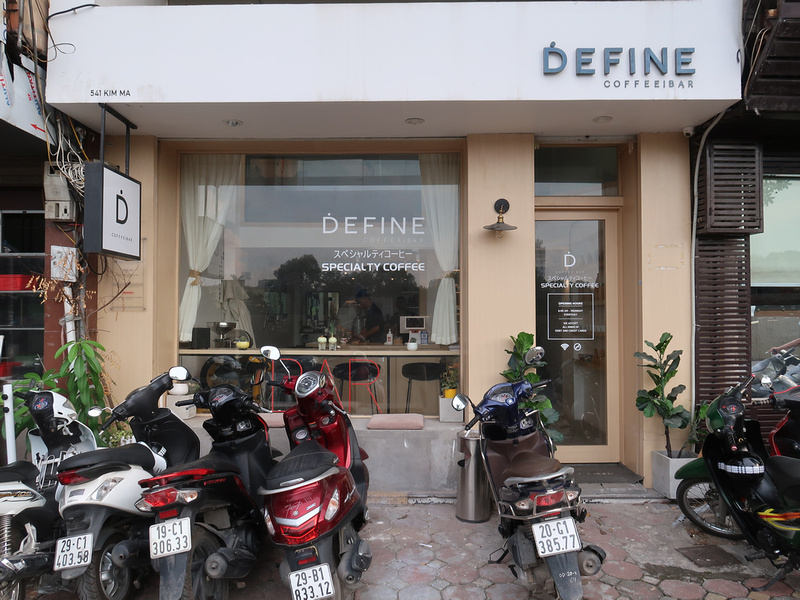 The area around Kim Ma Station is where you can see modern Hanoi taking shape. Here is the 267-metre tall Lotte Center Hanoi . 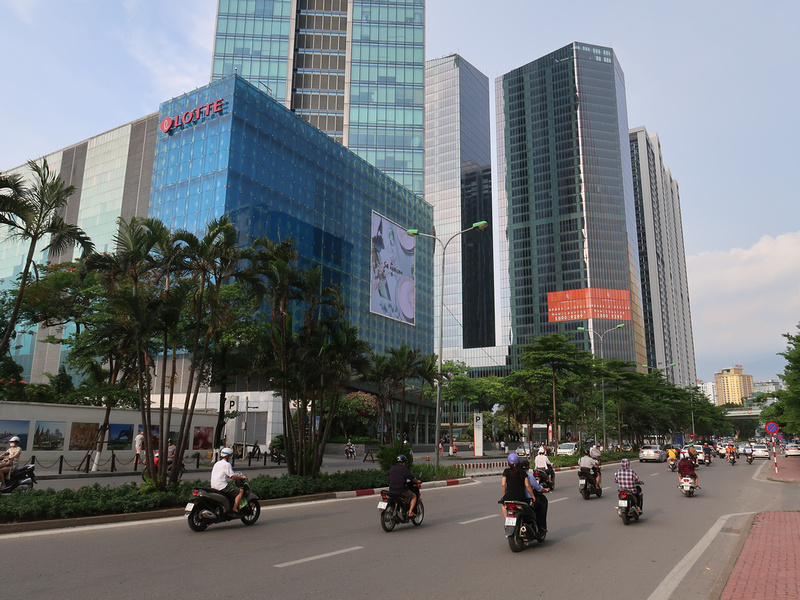 Continuing my walk between Kim Ma Station and Cat Linh Station I could see a glimmering building that was catching the afternoon light. The was the newly-opened Dolce Gold Hotel. The Dolce By Wyndham Hanoi Golden Lake is the world’s first gold-plated hotel. Not something I would have thought would be a first in Hanoi. 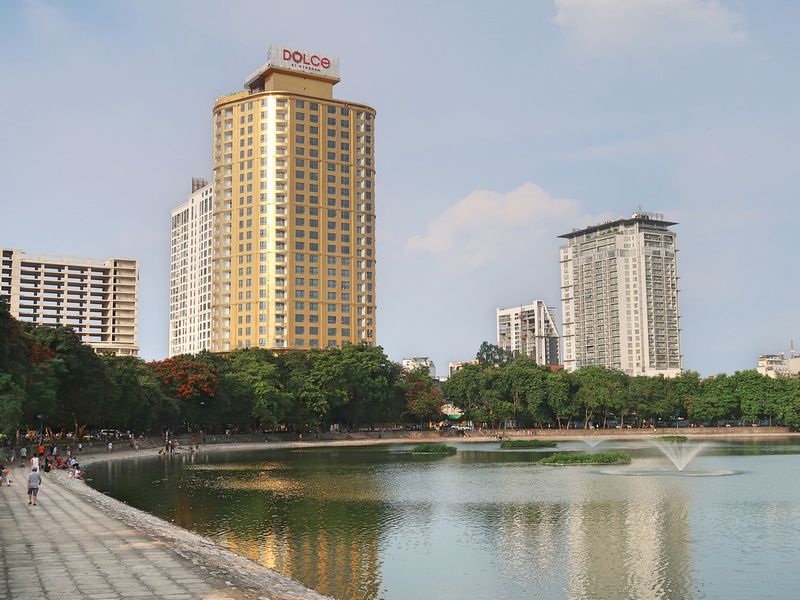 Near the gold hotel is the site of the half-finished Westin Hotel. 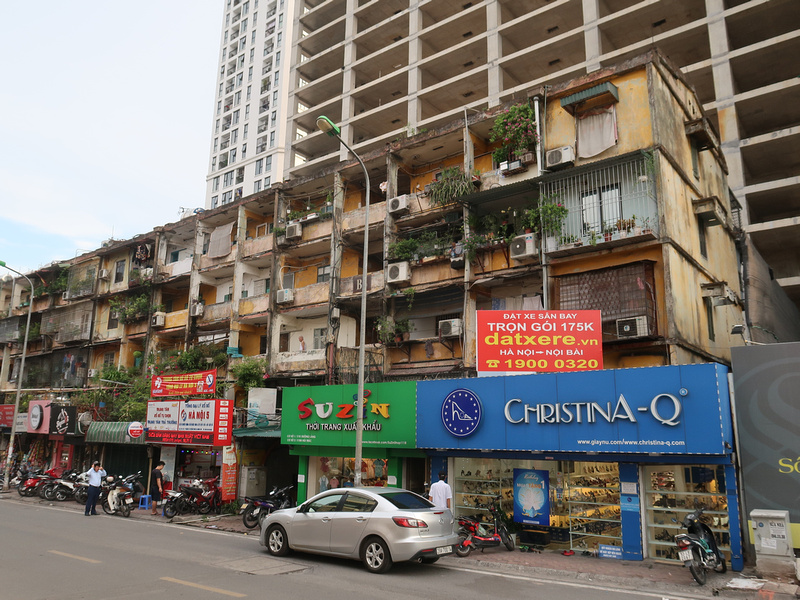 The station areas I visited on this trip are just the tip of the iceberg when it comes to the eventual metro network. I don’t know Hanoi well enough to be able to predict which area will rise as a result of the metro. Going by other cities experiences it will happen.

Readers who are familiar with Hanoi and its neighbourhoods might be wondering where is Tay Ho (West Lake) in this report. This area is a popular expat neighbourhood which could be referred to as “the Thao Dien of Hanoi” (or they might say Thao Dien is “the West Lake of Saigon”). Unfortunately for Tay Hoans there is no plan to put a metro along the east side of West lake.

I love visiting Hanoi, so hopefully I can record how the city changes over the years as the metro system expands.