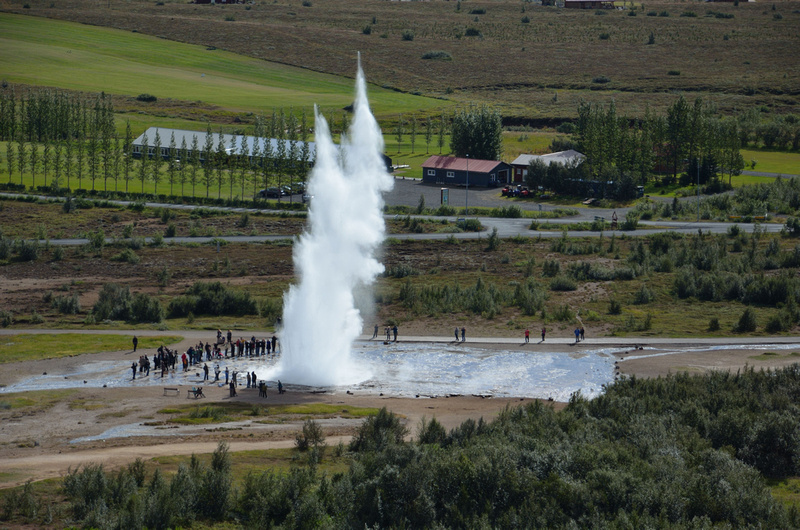 With only a short stopover in Iceland I had planned for a day in Reykjavik, a visit to the Blue Lagoon and a day trip featuring the highlights of the island. The thing I didn’t know was what those highlights were. Iceland has a branding issue when it comes to its destinations. Apart from the capital (Reykjavik), how many people can name another city or place in Iceland?

Even after its most famous volcano erupted in 2010, disrupting the travel plans of millions of people, can you actually name the volcano? That would be Eyjafjallajökull, which pronounced approximately like AY-yah-fyah-lah-YOH-kuul, doesn’t exactly roll off the tongue like Mount Etna, Bromo or Vesuvius.

Fortunately once you are on the ground in Reykjavik tour options are abundant. I can’t recall a country that is better organised for tourism than Iceland is. At the airport there is information on every tour available on this little volcanic outpost.

By the time the 40 minute bus journey from the airport to downtown Reykjavik was over, I had picked out the Golden Circle Tour. This tour covers a broad selection of highlights in the Southwest which can be covered in a whole day, giving you a taste of the land of fire and ice. There are a number of tour companies that offer the tour, most of which offer the following highlights.

Think of Iceland and think volcanos. The Kerið volcanic crater lake has its caldera intact and is the most accessable crater of is type from Reykjavik. 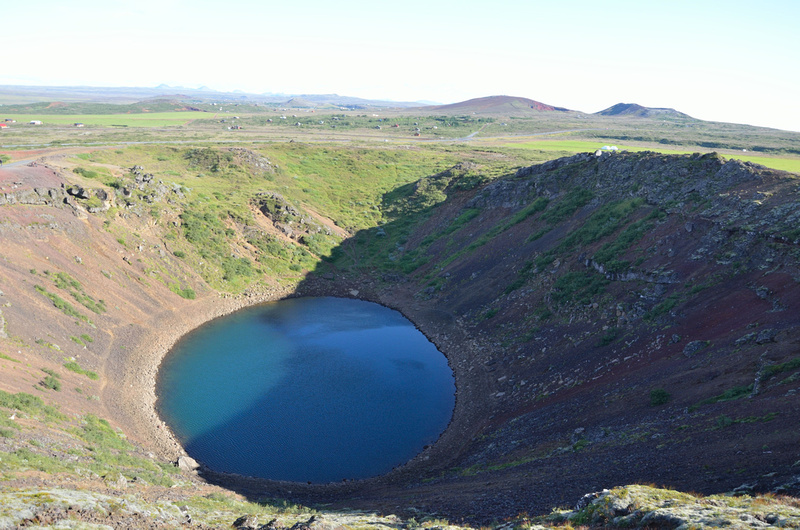 Did you know that Iceland gave the world the word Geyser? Geysir is a geyser located at in the Haukadalur geothermal area. Also in the park is the Strokkur geyser, which erupts every 5 minutes or so, making it one of the most regular geysers in the world. Most tours stop for over an hour here, so you will get plenty of chances to see it go off. 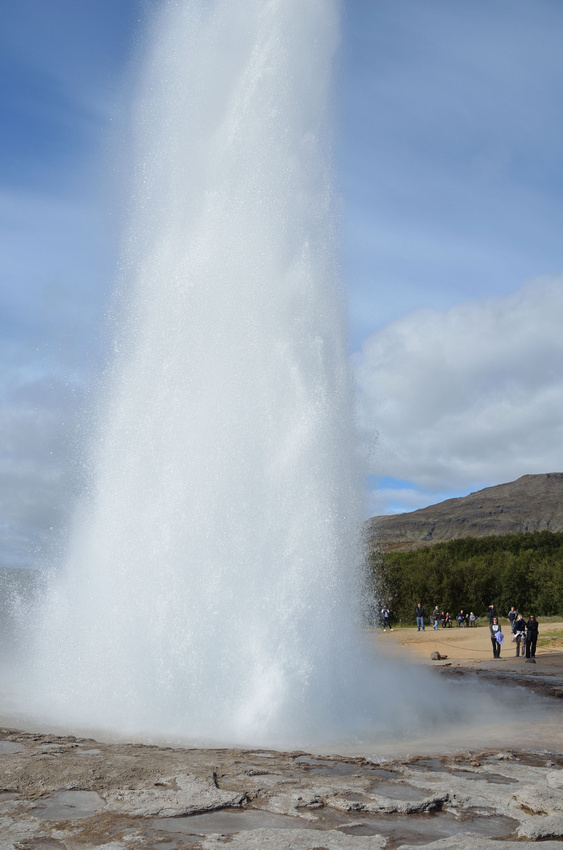 The Gullfoss waterfall (“golden falls”) is a classic example of lack of marketing on Icelands behalf. How many of you have heard of the Gullfoss Waterfall? This should be marketed along with the great waterfalls of the world, yet it rarely gets a mention. It has a mercifully Anglo friendly name so it would be a breeze to promote as well. It is a sight to behold. 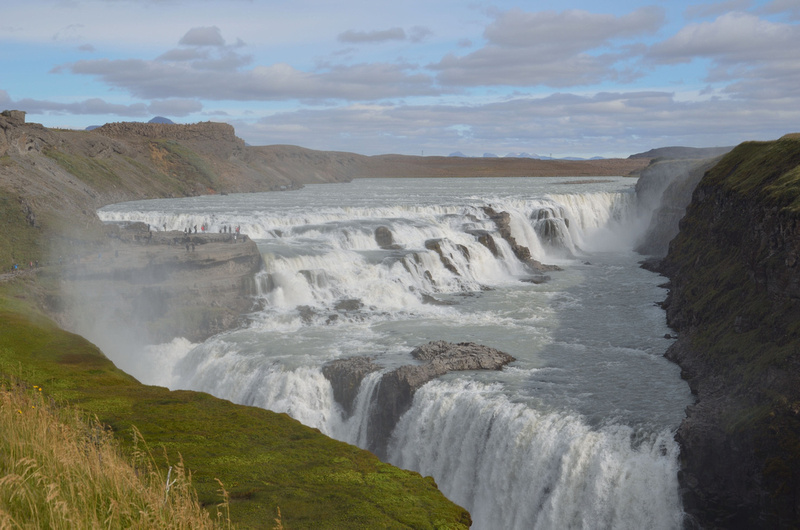 Iceland is home to the worlds oldest parliament, which first sat in 930. This was located within the Þingvellir national park. The Alþingi (assembly) met here and the Rock of Law was the platform where speeches were held. The location was picked as it was the most accessible location for representatives from most of the island, and the rock sits on an acoustic-friendly location. What they didn’t know though was that they were straddling two continents. 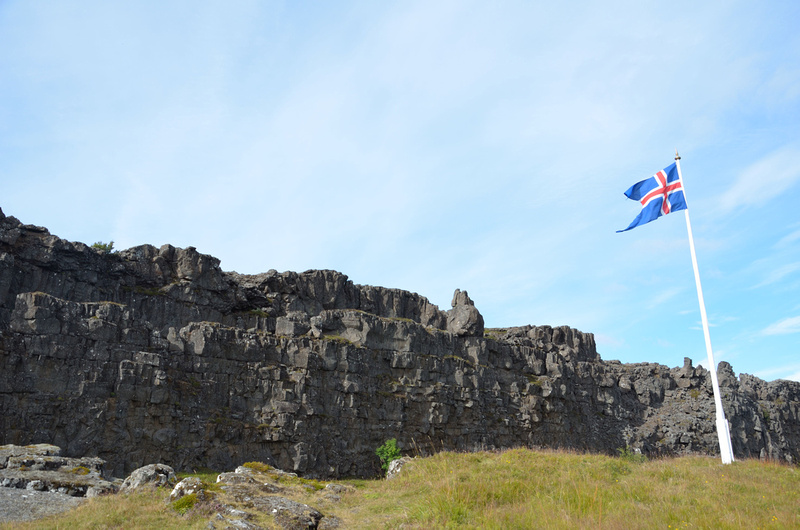 While Iceland is politically located in Europe, physically the island sits on the Eurasian and North American Plate on the the Mid-Atlantic Ridge. The park features the rift valley which is a sort of no mans land in terms of continents. This is where the two continents are separating at 2.5 centimetres per year. Home sick Americans can touch this wall (pictured), which is the edge of the North American continent. 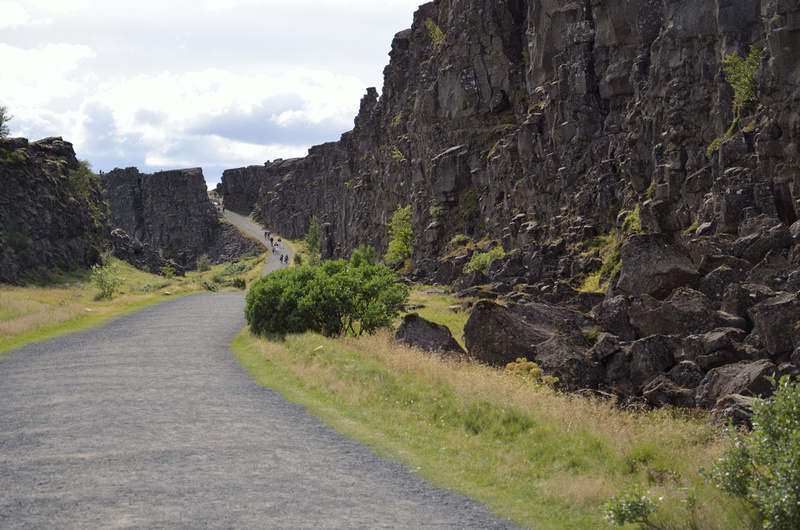 [Rift Valley – Walking along the edge of the North American continent]

This tour takes all whole day and there are a number of tour companies offering this tour. If you are doing a short stop-over and would like to confirm a tour in advance, book the Golden Circle Classic Trip at Viator.

You can also include a tour to the Blue Lagoon afterwards (which is highly recommended doing while visiting Iceland.)

To get to Iceland check flights to Reykjavik.

The rest of my tour photos can be found in the Golden Circle photo gallery.