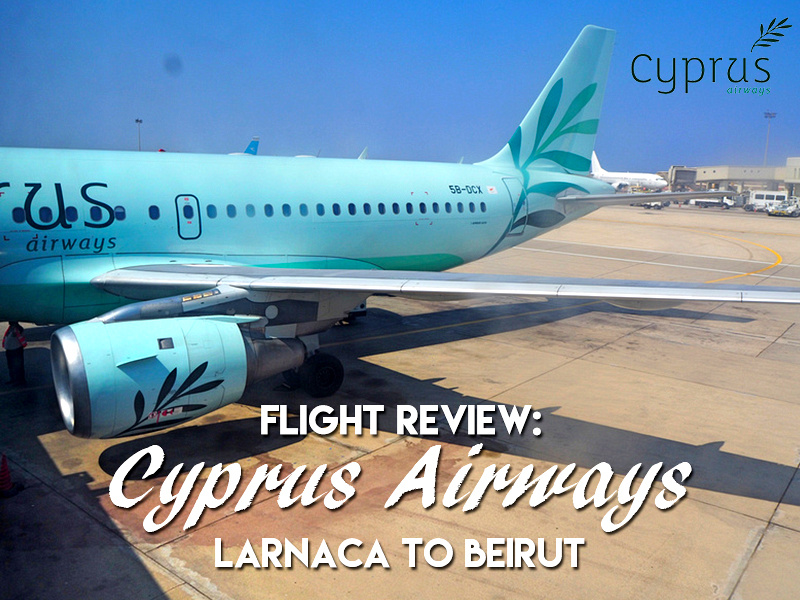 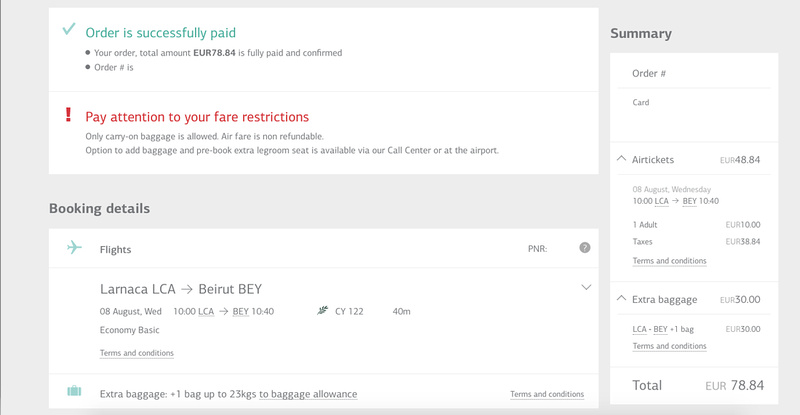 I didn’t check in online, and when I arrived at the airport to check in (3 hours before the flight) the queue was empty. 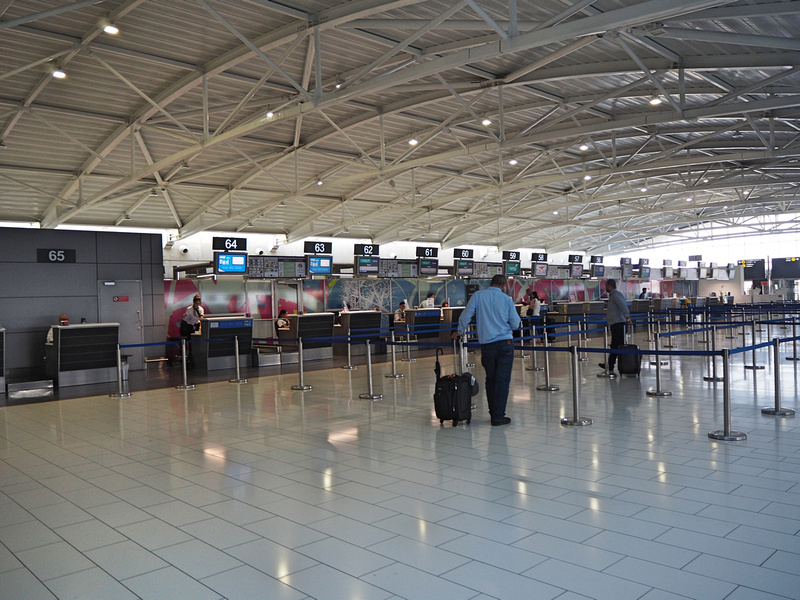 The flight was on time. 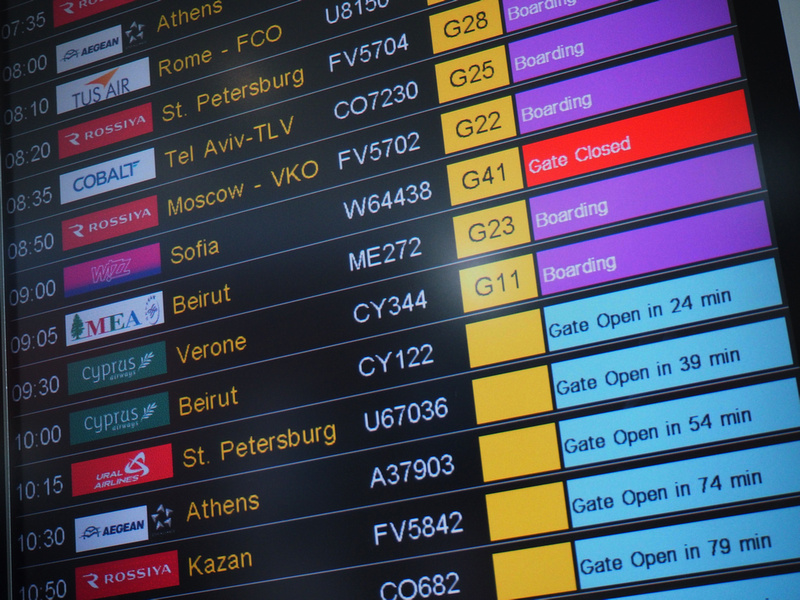 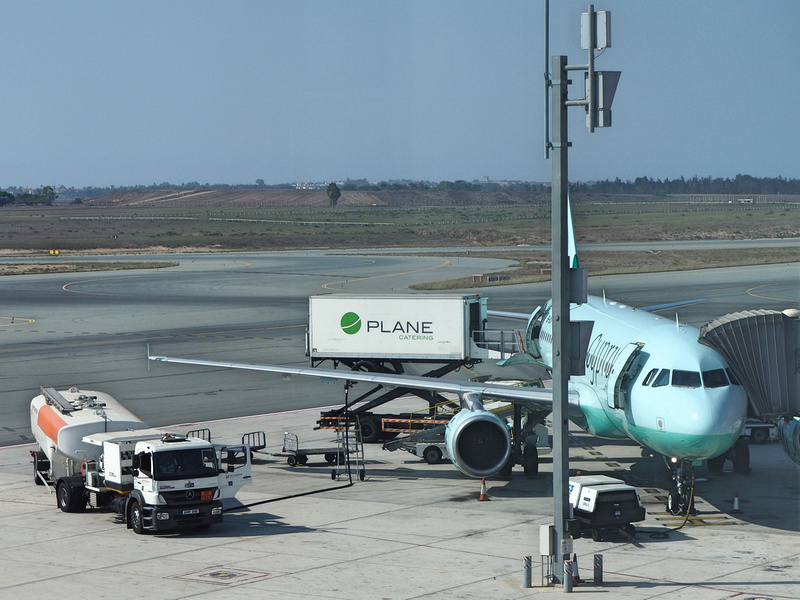 The seats were noticeably more comfortable than anything I’ve recently flown. Felt more like a lounge chair. It was a full flight, and I got a window seat as per my preference for short flights. 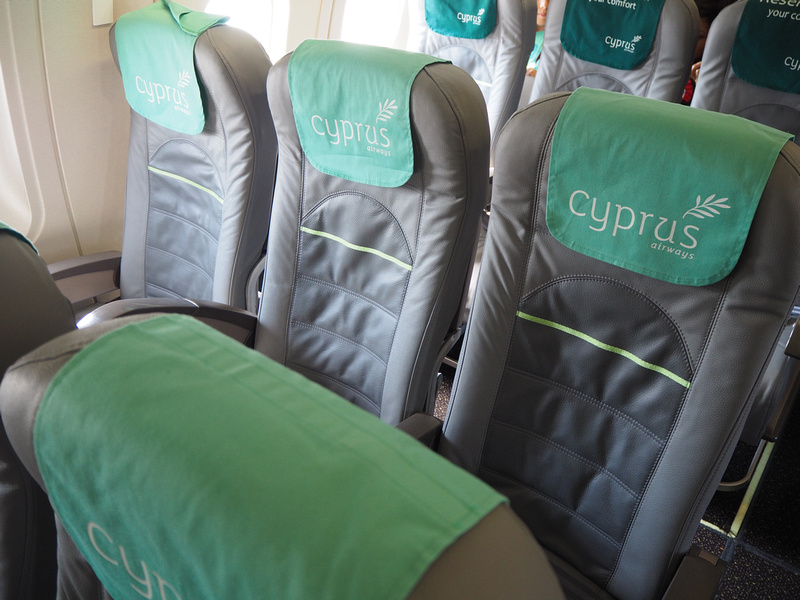 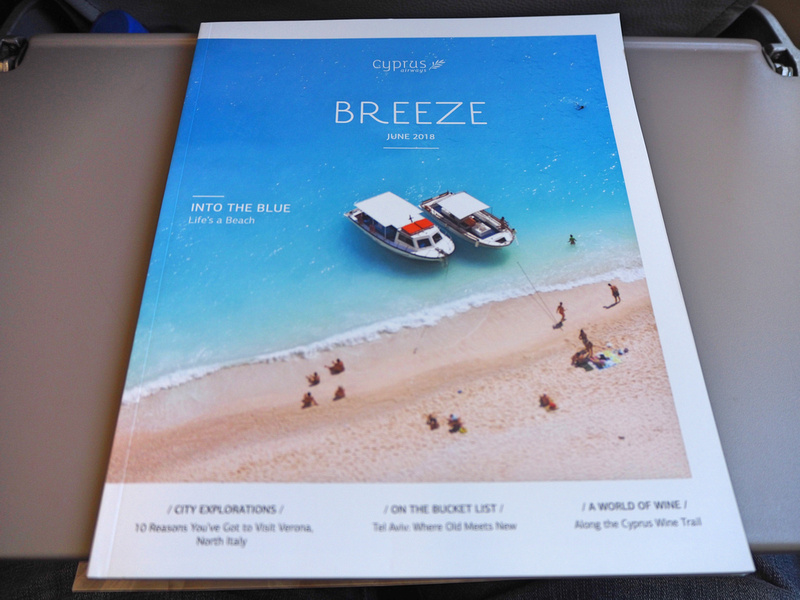 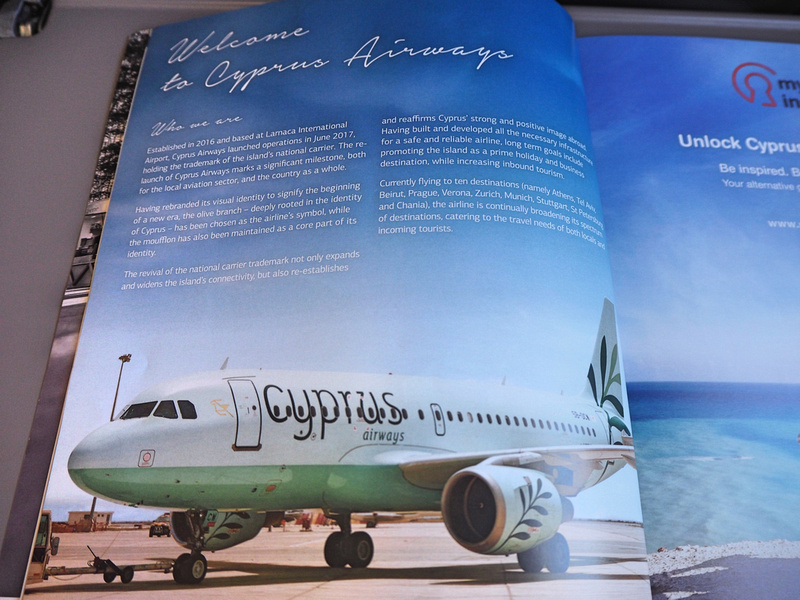 As you can see from the route map, the airline is still growing its service out across Europe after a year of being in operation. 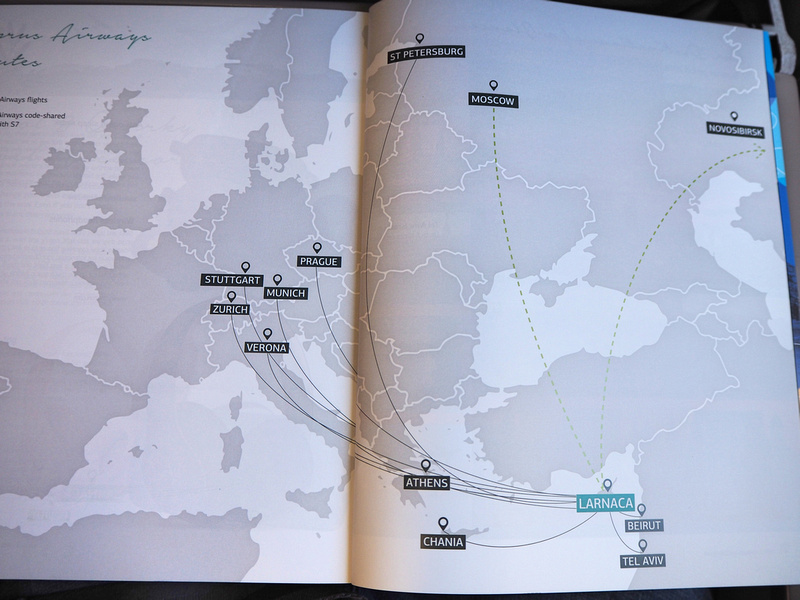 The Larnaca – Beirut route is by far their shortest route in the network. One of the reasons I went to Beirut was because it was so close to Larnaca. I was planning a trip to Cyprus, and seeing Lebanon so close on the map was a temptation I couldn’t resist. 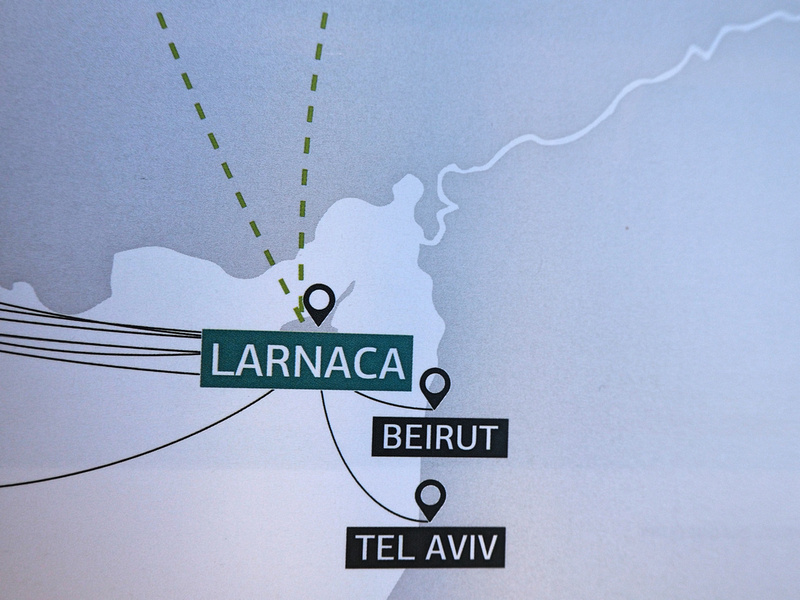 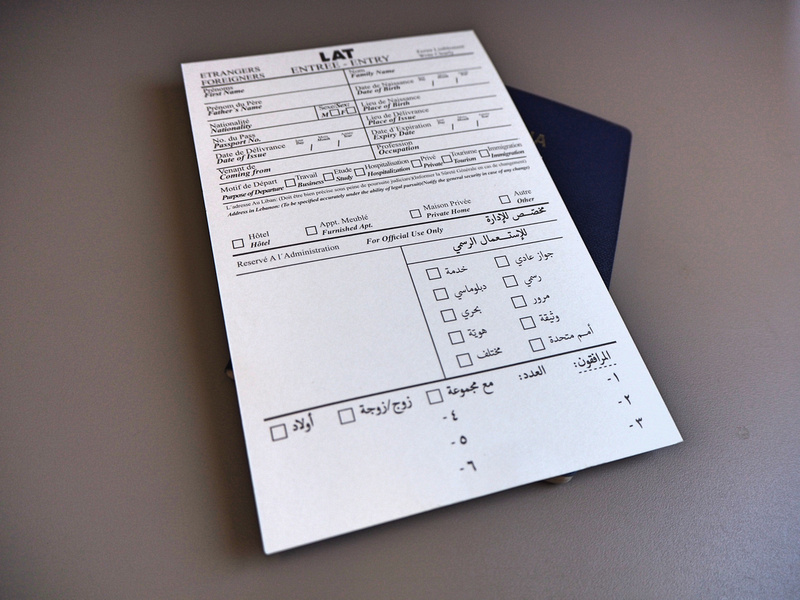 There is no meal service, but a menu is provided onboard if you wish to eat. 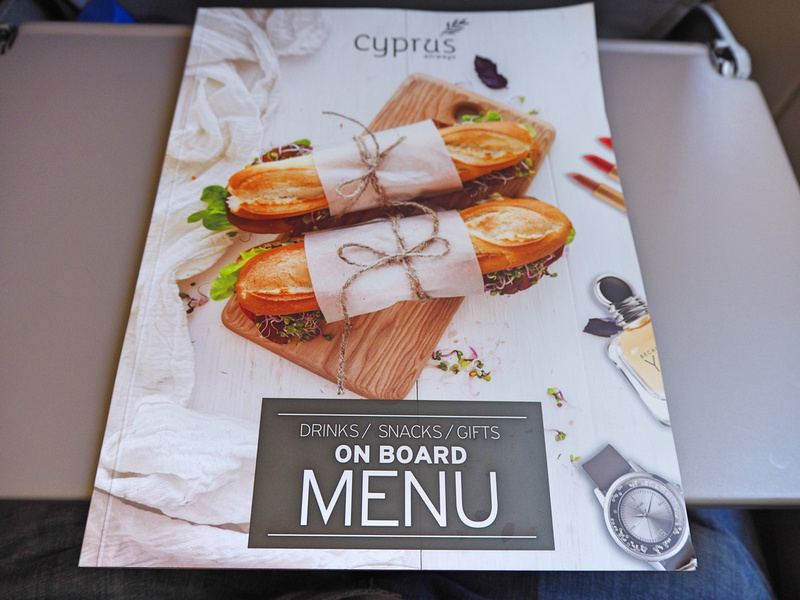 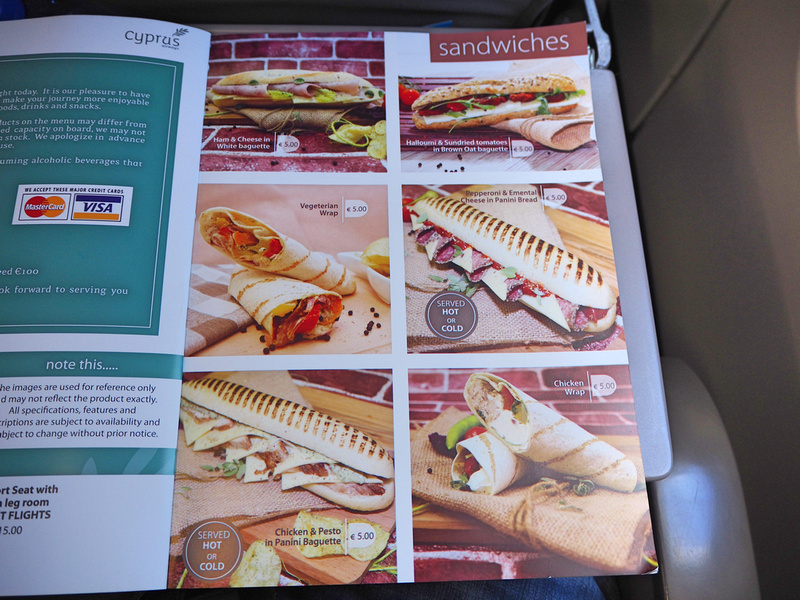 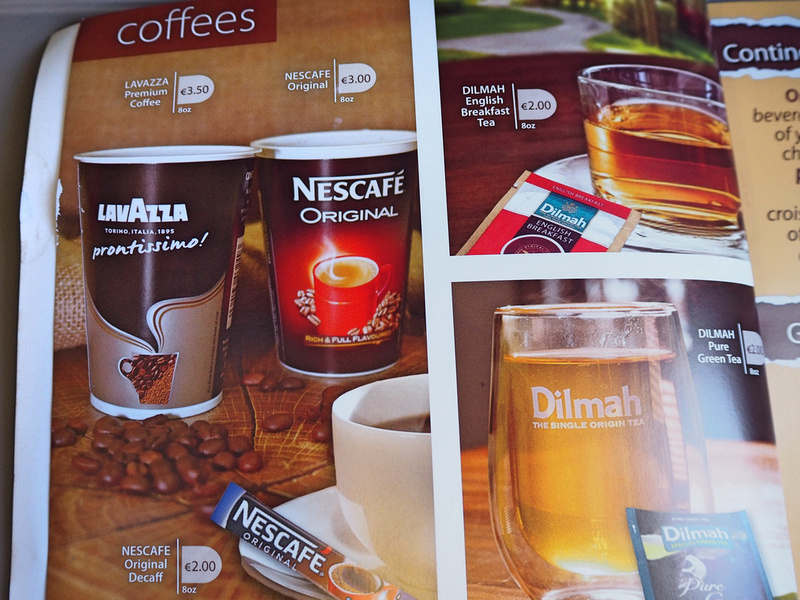 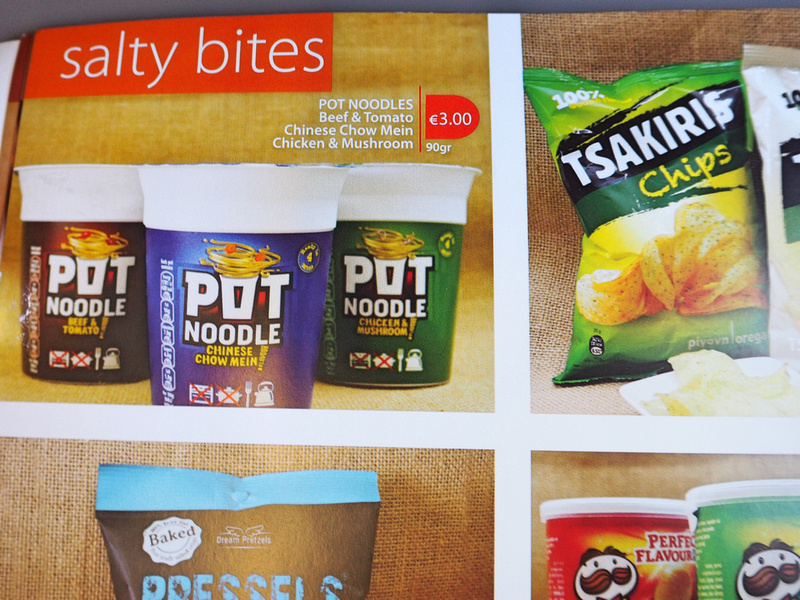 Not that you will get time to eat on this route. Shortly after the seat belt sign has been turned off and the aircraft has reached cruising altitude, the landing descent begins. The scheduled flying time is 40 minutes, but the flight is closer to 30 minutes. 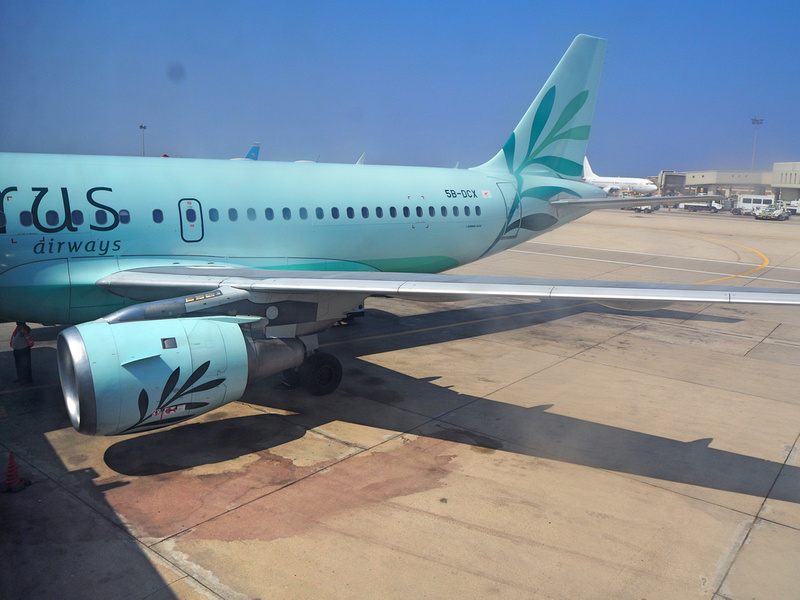 Overall this was a good flight. I wish the airline well in their future expansion, and I would be happy to fly them again if I find myself coming back to Cyprus.