In 2010 I arrived in Chiang Mai to celebrate Christmas with some fellow bloggers and online business friends. I thought it was going to be a two week visit, but I was then invited to attend a coffee tour which which brought me back the following month. Each time I came back I thought I was leaving only to end up coming back again. It’s been that sort of place for me. Since then I have been using Chiang Mai as a home base to work while I am not travelling. It’s a pretty easy-going for a city of its size, and it doesn’t get the volume of visitors that you see in the south. And as you will soon see, the cost of living is among the lowest in Southeast Asia. 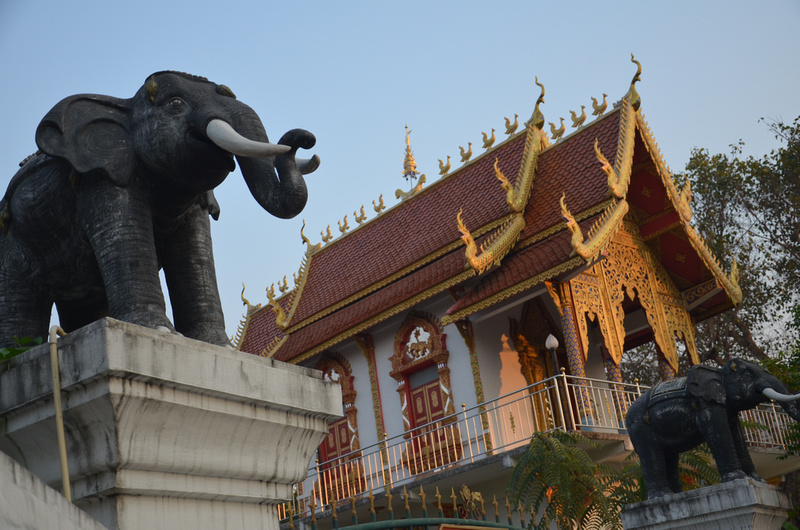 Here is my cost of living for Chiang Mai in April 2012, converted into USD.

A grand total of $505USD for 30 days. That beats my previous one month living expense of $850 for a month in Mexico. I was taking note of what I spent every day, but I wasn’t keeping a running tally. I ate well and I wasn’t conscious of saving money. If I had of known how close I was to $500 I could have easily gone under that. The low cost of living is a big factor for why Chiang Mai is popular with digital nomads. 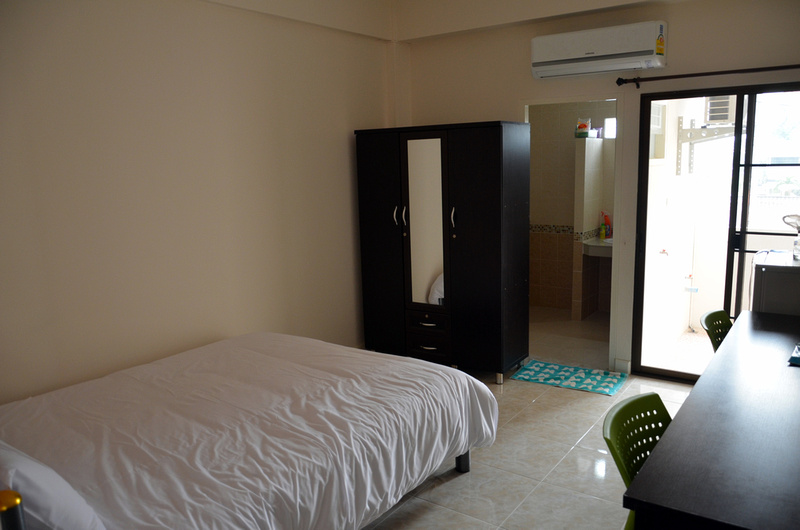 For my month I rented a new studio apartment which had a fridge but no kitchenette. No problem for me as I never cook at home, and I am certainly not about to start in a land with such an abundance of great street food. It came with a fridge though so I had breakfast every day at home. I rented the apartment for three months so my friend Jodi took it over for the other two. The monthly cost shown here includes internet and approximate water and electricity charges which was billed at the end of the month.

Of course there are plenty of rentals in Chiang Mai that come with a kitchen. See the list of links below of others who have rented here.

Like any other place that you are looking to move to, I would book a hotel/guesthouse for the first few nights and look around when you are there. You can get a better idea of the property and may be able to find a better deal direct than on an agents site. To book a cheap hotel or guesthouse I use Agoda.

Also see my guide on where to stay in Chiang Mai before booking. 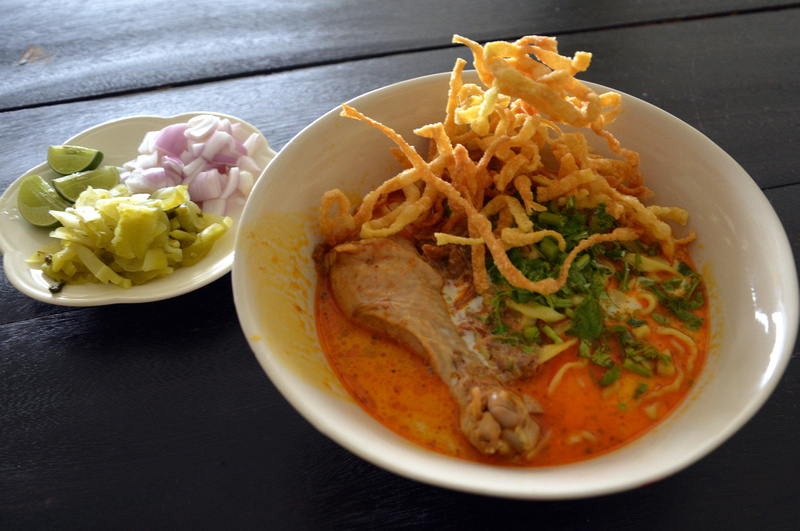 No kitchen, no problem in Thailand. There are so many good food options here that leaves you spoilt for choice. I eat Thai food most of the time, which is by far the cheapest (and yummiest) option, but there are plenty of farang eateries available as well, including some half decent Mexican places. 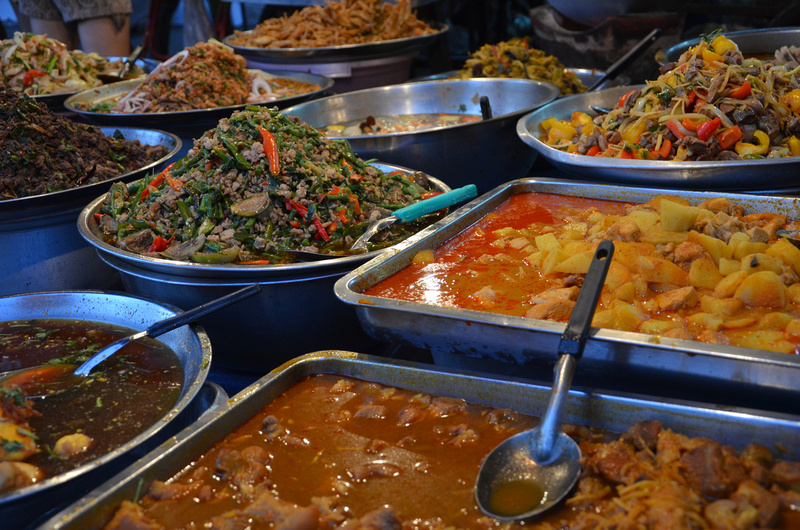 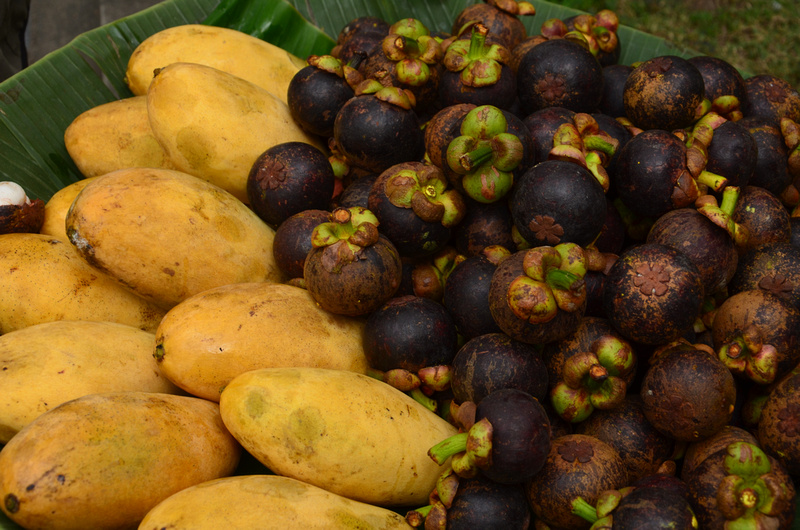 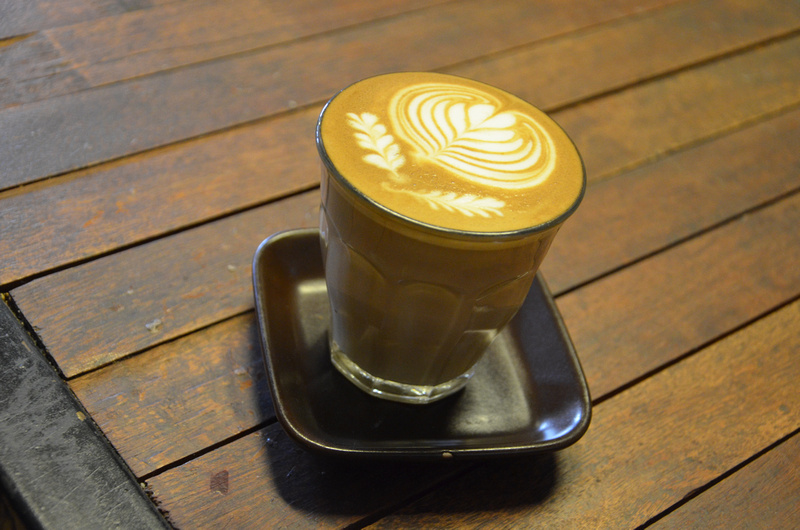 One of the big attractions of Chiang Mai for me is the amount of cafes here. I haven’t seen a city in Asia that has so many cafes that serve real coffee. Most of the cafes have free wifi as well, so I always go to at least one a day to work in for a while. I made a list of 30 cafes I visited in 30 days to give an idea of the cafe quality.

Coffee is my “vice expense” and I have put this separate from food. I don’t drink or smoke so that is a factor you will need to consider in this cost of living breakdown.

The coffee expense also forms a big part of my social life here. Chiang Mai is something of a digital nomad hub and there are always people either based here for a few months or passing through. Meeting up in cafes is a great place to swap business ideas and travel tales.

Another expense I wanted to list separately just because it is something I do twice a week. A group of us meet for dinner at the sunday night market, where foot massages are available for 60Baht/120Baht for 30m/1hour (that’s $2 to $4).

Transport
I’ve included transport just to highlight that Chiang Mai is a walkable city so my transport costs were low. If you live further out of the old city you can get a bigger place but you will need a motorbike, which runs at about $150 a month. The local bus is a pickup truck called a Songthaew, and a ride to anywhere in the city is 20 baht (about 66 cents.) 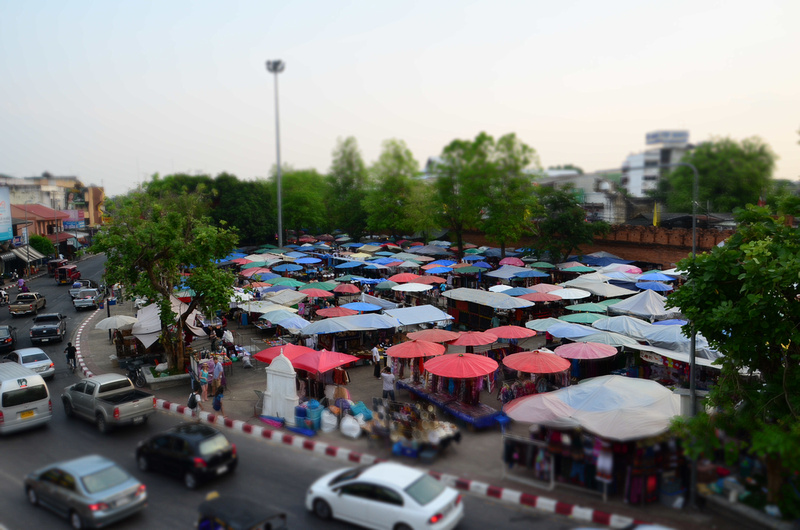 I have been coming and going from here often over the couple of years, so next up I will be trying out some other cities in the region for one month at a time living. My next stop is Ho Chi Minh City (Saigon), so look out for that cost of living report.

As I mentioned there have been plenty of other bloggers pass through here who have also kept track of their cost of living, including: