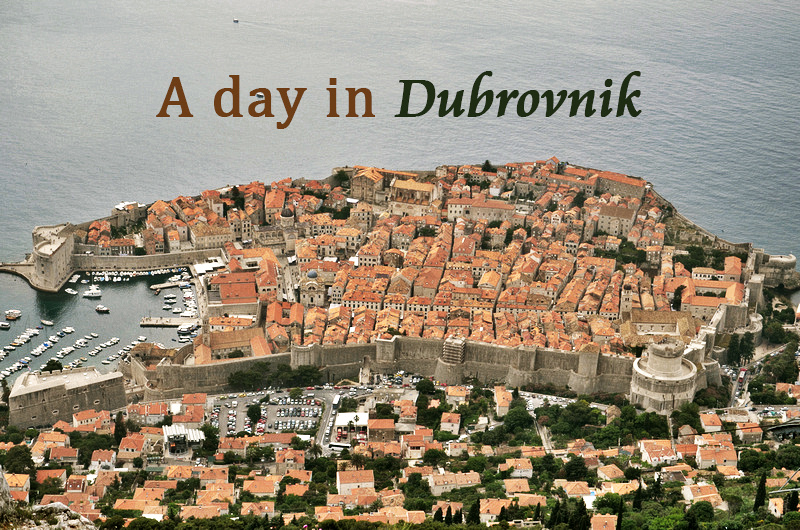 I only had a brief amount of time to visit Croatia so I opted not to visit any islands on this trip. I didn’t want to start something I couldn’t finish, so I limited myself to visiting a few key cities. One city I’ve always wanted to visit was the UNESCO World Heritage Site of Dubrovnik, and upon my arrival at the city gates it seemed that so did everyone else. 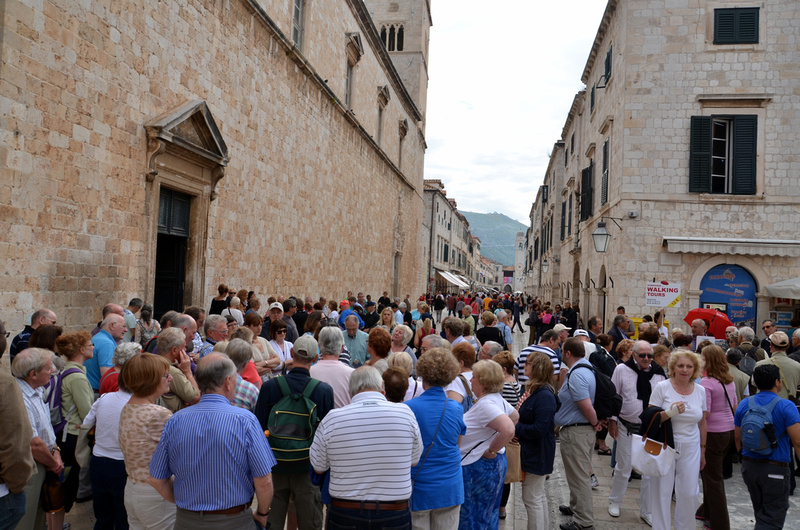 I arrived at the same time a cruise ship had disgorged is passengers onto the narrow streets of the old city. This entrance was a disheartening site, especially after coming from Zagreb, which barely seemed to attract any visitors. Despite the crowds I pushed on and thankfully the crowds do thin out once you are away from the main thoroughfare.

The best way to escape the crowds is to climb up the steep laneways. 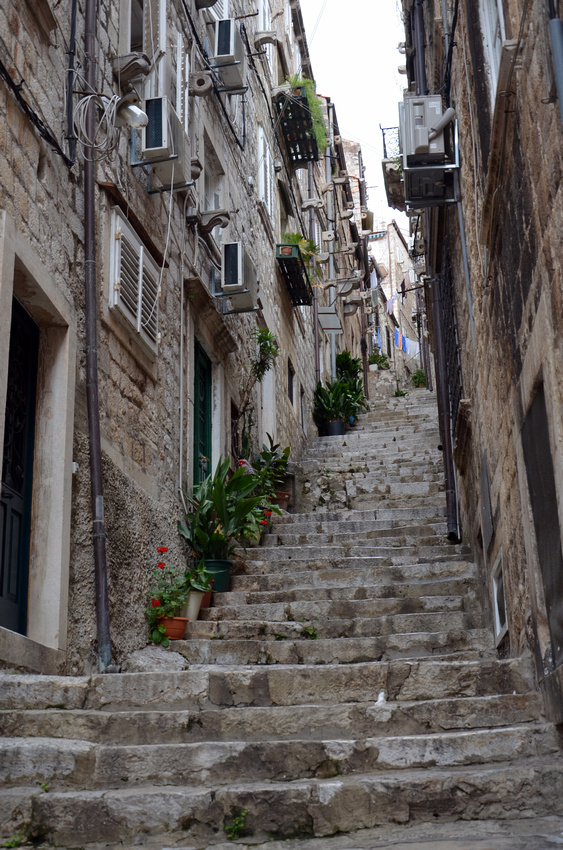 I love the narrow, cobbled laneways of Europe, and Dubrovnik has them in abundance. 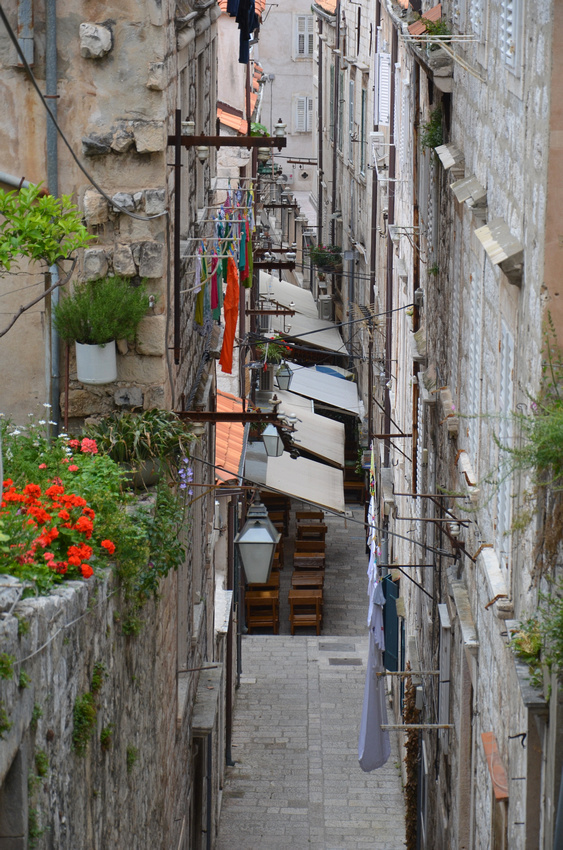 There were even moments when I forgot there was an entire population of a cruise ship wandering below in the lower levels of the Old City. 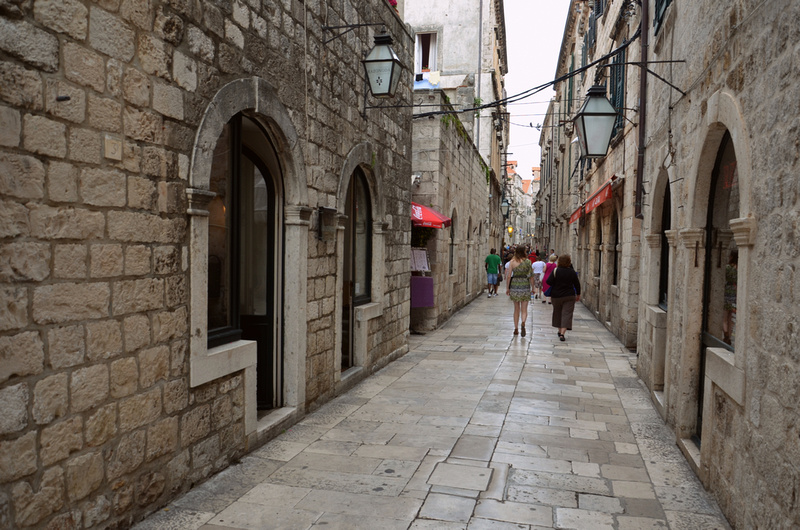 Just over twenty years ago there were no cruise ships here. In 1991 Yugoslavia began its painful breakup, and Dubrovnik was under siege from war ships during the Croatian War of Independence. It’s hard to believe that there was a war so recently in Europe. At the port there is an armoured vehicle and coast guard boat as memorial to the war. 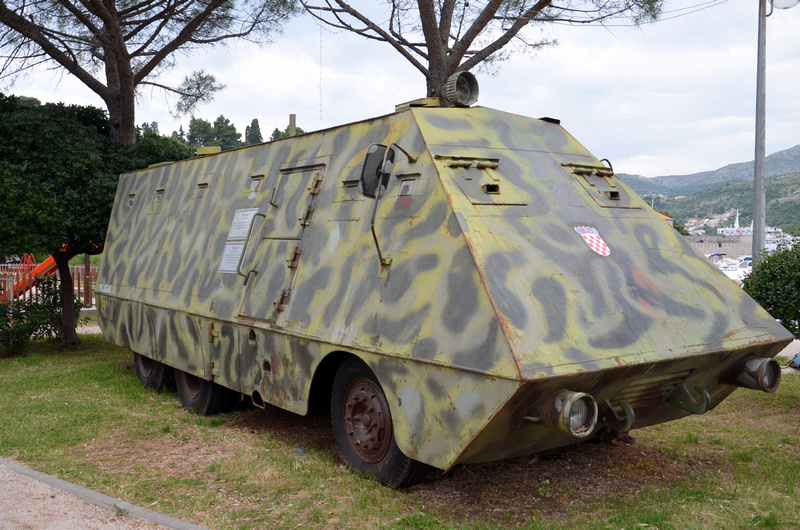 Around town you will also see this map of casualties and damage from the siege. 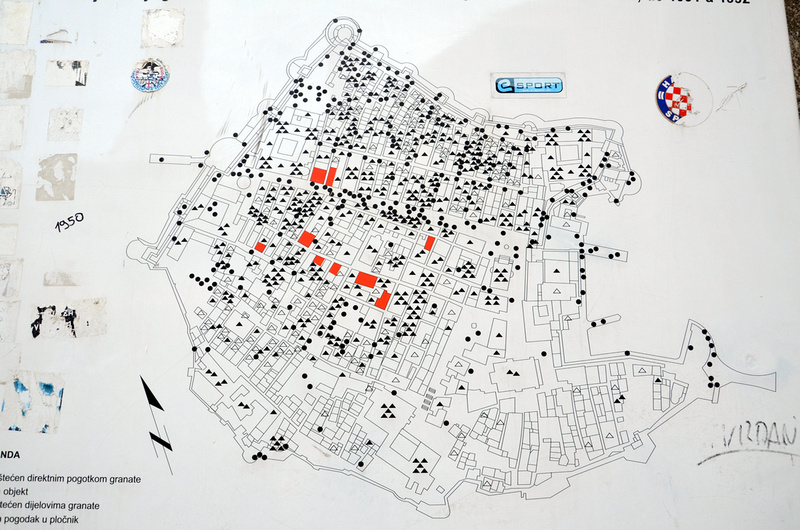 [Map of the damage caused by aggression on Dubrovnik by the Yugoslav army.]

The best view in Dubrovnik

When visiting a place for a short visit I have to pick and choose which sites I will pay to enter. All those little admission tickets add up, and there are only so many bell towers and museums you can go to before travel fatigue sets in.

This was the case for me in Dubrovnik. I had to choose between paying an admission for walking around the old city wall, or paying for a cable car up the nearby hilltop. I opted for the cable car one way (and walked back down.) The view from the top of the hill is spectacular, and you can see why this little city is a popular place to visit. 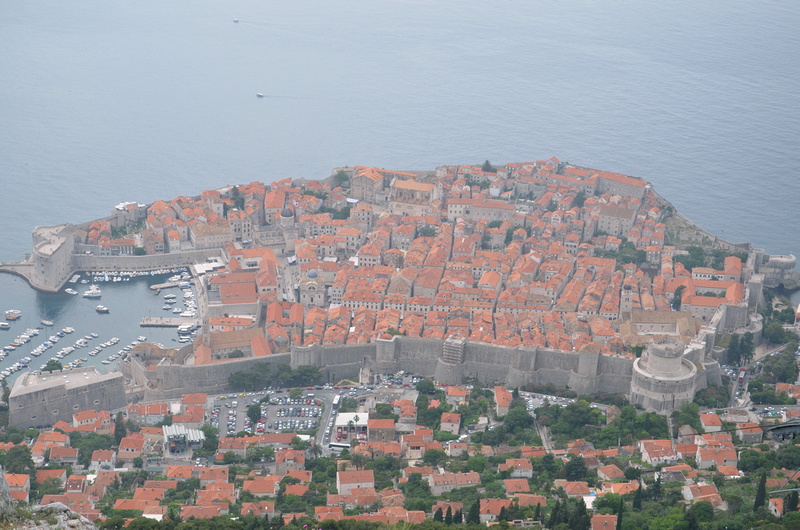 For more travel ideas check out this DIY travel itinerary for Dubrovnik.

Flights to Dubrovnik: Compare the cheapest flights with Skyscanner.

Croatia Guide Books: Research Dubrovnik and Croatia before you go.