I am very much a city person but there is something about desert landscapes that appeals to me. It wasn’t always that way. I grew up on the edge of the Australian Outback so I thought I had my quota of desert for one life-time. Having travelled overseas and returned as an adult I saw the flat and treeless terrain of my upbringing with new eyes. The wide spaces, silence, and empty skies are a remarkable sight that I haven’t experienced anywhere else.

I discovered the same feeling with the desert in Arizona – a completely different desert to that of Western New South Wales – which is a place I would love to revisit. Then there is Wadi Rum, which is described as “one of the world’s outstanding desert landscapes“. No arguments from me there. Out of all the deserts I have seen I would have to rank Wadi Rum as my favourite.

I went to Jordan in May 2012 with travel writer friend, Kevin Revolinski. On that trip we made a visit to Wadi Rum, which included an overnight stay in the desert. Here are a selection of photos from that trip. . Much of the film was shot on location here and features this rock formation known as The Seven Pillars of Wisdom, which is also the name of the T. E. Lawrence autobiography. 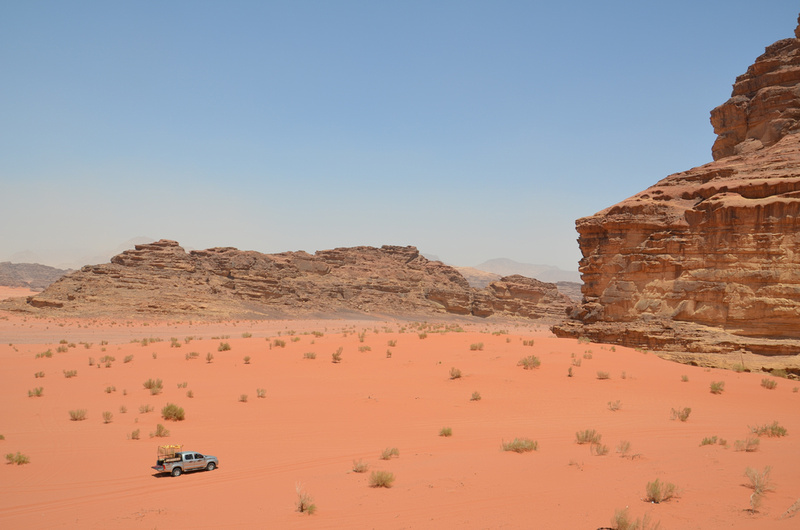 Our ride for the day, putting the size of this valley into perspective. Yours truly at a spectacular viewing spot overlooking another valley. A short drive from the park entrance the landscape soon changes from dusty brown terrain to red sand and rock. 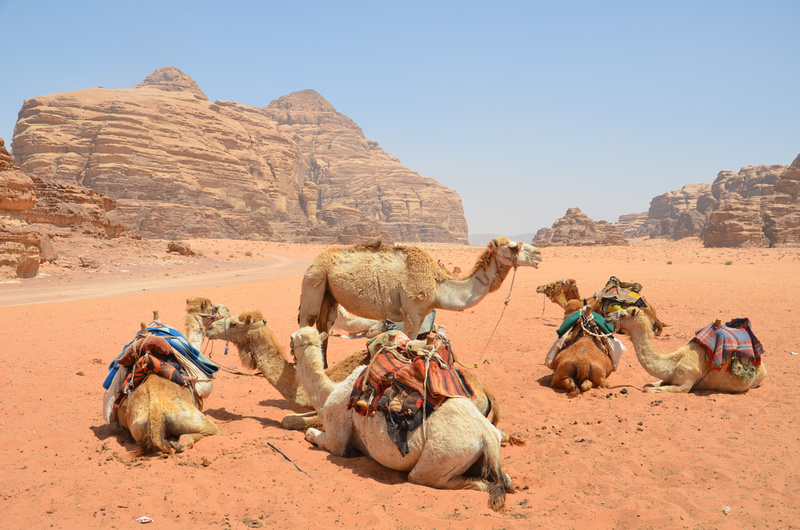 We stopped for refreshments at a tea tent and were greeted by this caravan of camels outside. 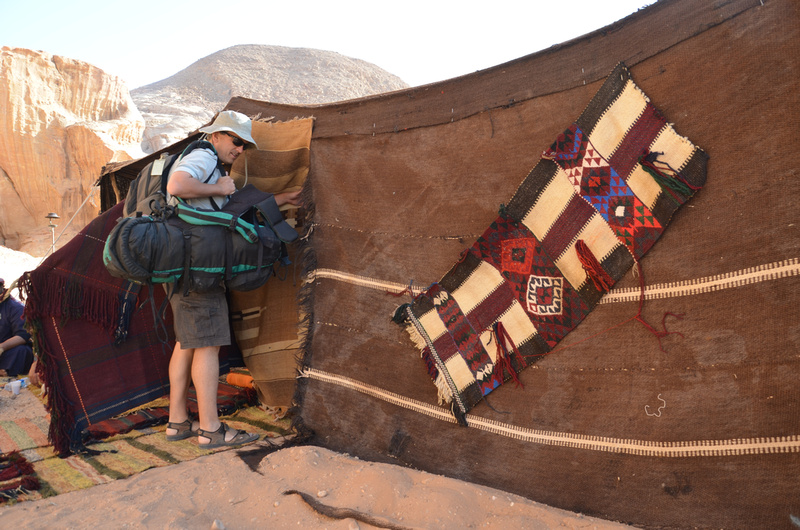 Once our bags were put away our hosts started preparing dinner, which involved burying the meat and veg in this earth oven. 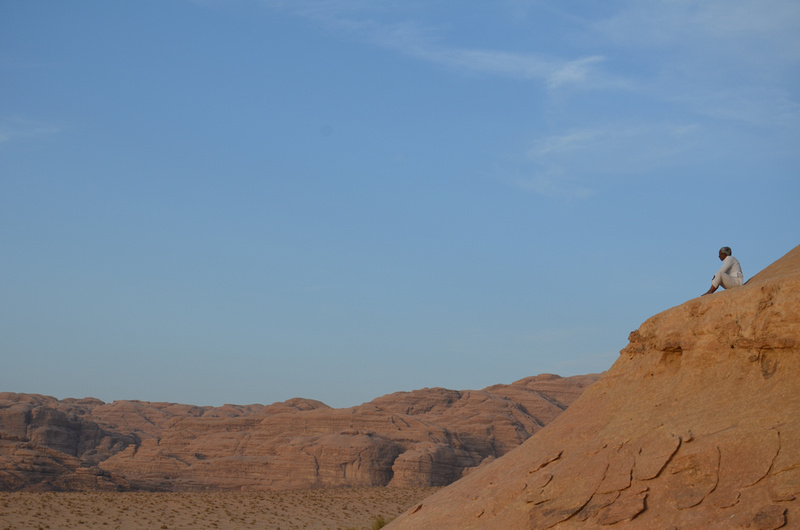 Having “checked in” to our tent there was nothing left for us to do except to enjoy the sunset. Walking away from the campsite I saw our driver had already found an ideal sunset viewing vantage point. I think he has done this before. 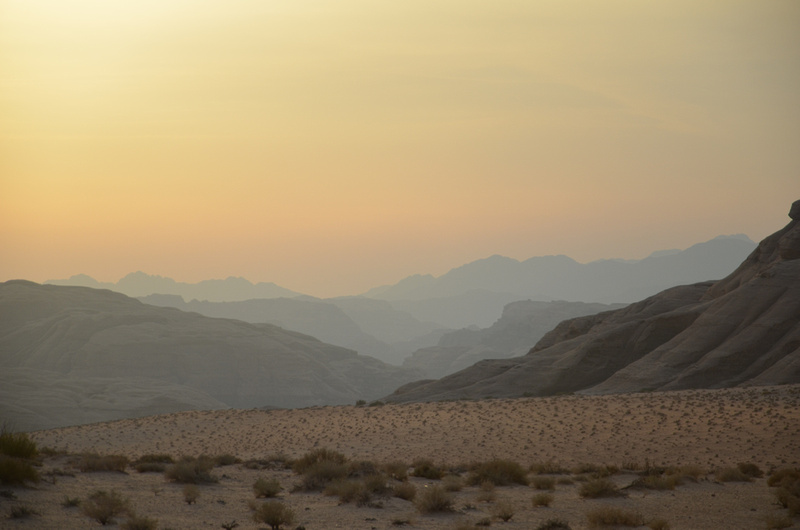 Let the spectacle begin. Changing colours of the valley hills as the day comes to an end. 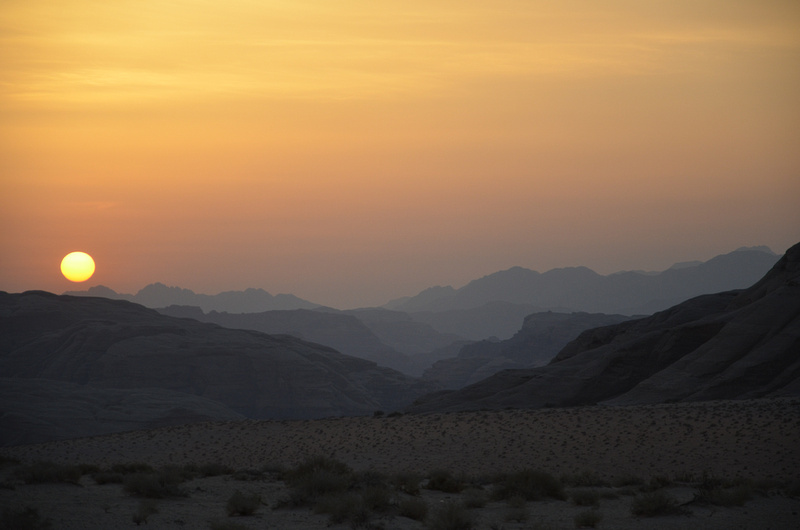 And another classic sunset in Wadi Rum. 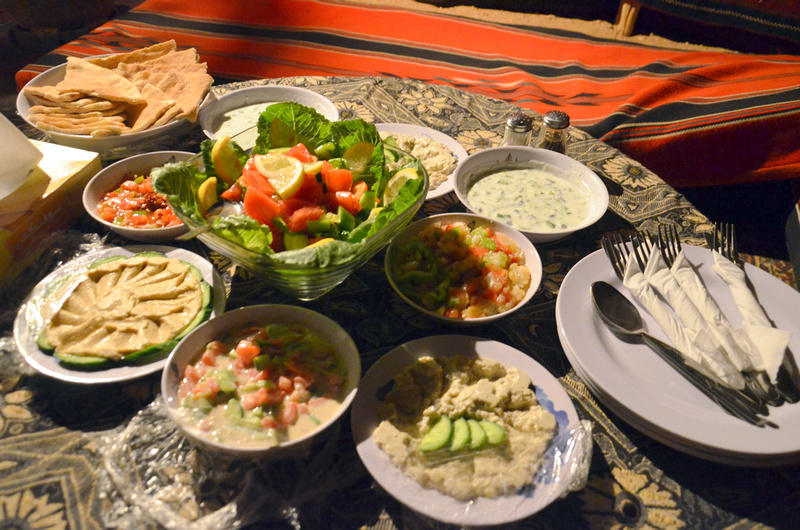 With night upon us it was time to eat. We were served a feast of Jordanian food. I ate so much that I was starting to see the appeal of wearing a thawb as my jeans were feeling restrictive from the feast.

After dinner it was time for some star gazing in the brilliant night sky. Apart from a feint light on the horizon from the city of Aqaba (about 50km away) there was no other light to disrupt the night sky. Living in the city for so long I always forget how many stars are visible when unhindered by light pollution.

City lights were not the only thing missing. Away from the campsite and by myself in the open I noticed a distinct lack of ambient noise. I have a mild case of tinnitus so there is alway a feint ringing in my ears. This is not a problem in the city as there is always background noise that cancels it out. Out in the desert though there was not a sound. I could hear the sound of silence and, dare I say it, the silence was deafening. I went to bed contemplating the silence that was ringing in my ears wondering if it would keep me awake, but I soon fell asleep. 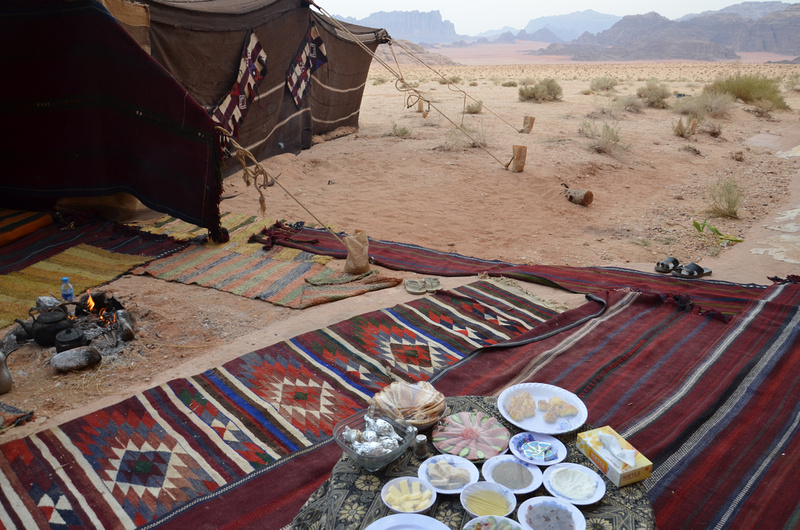 Having eaten many days worth of food the night before we were then greeted with another feast at breakfast. We sat by the little fire and continued eating while enjoying the view from our tent. I poured another coffee and went for one last look at the valley before we got our ride to Aqaba.

Sometimes photos can’t do justice to vast landscapes. I found that to be true about the Grand Canyon in the US. No picture had ever prepared me for that spectacle. I feel the same about Wadi Rum. Some of my friends had been to Wadi Rum and came back suitably moved by the experience, and their pictures certainly made me want to go as well.

While the empty space and the sounds (or lack thereof) of the desert is something that can’t be quantified in a photograph I hope this series at least portrayed some of its natural beauty.

I travelled to Wadi Rum as a guest of the Jordan Tourism Board.