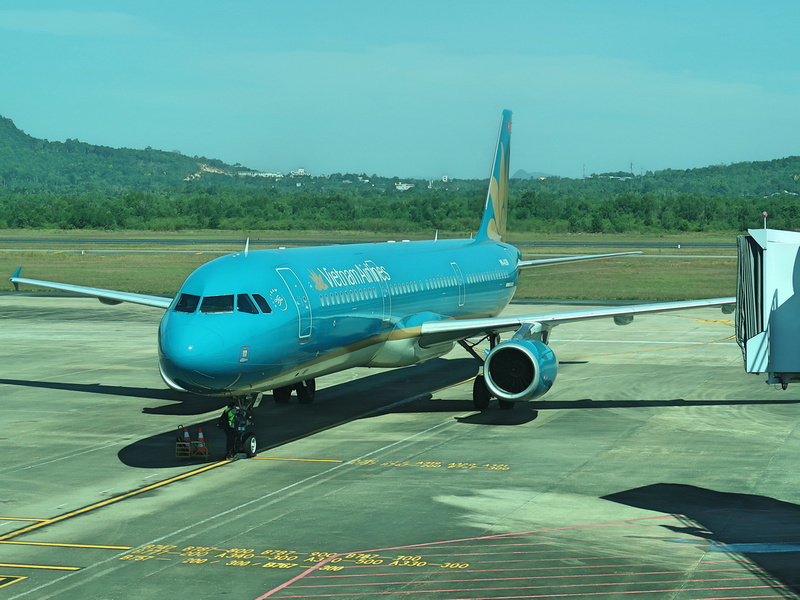 I flew with Vietnam Airlines from Phu Quoc to Ho Chi Minh City. According to Skyscanner there are 18 flights a day offered between Vietnam Airlines, Pacific Airlines, VietJet Air, and Bamboo Airways. There is also the new airline Vietravel Airlines that is flying this route, but it wasn’t showing as bookable yet.

After comparing all airfares I went with Vietnam Airlines for the combination of price and time of day.

Phu Quoc International Airport was opened in 2012, and it still feels like a new airport. There are cafes on the land side and air side. 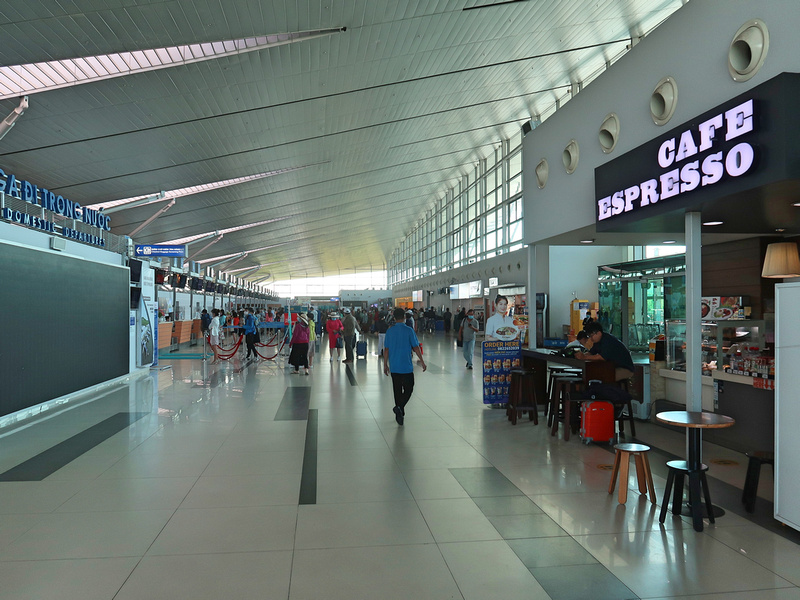 Vietnam Airlines offers online check-in at major airports in Vietnam, but at this point not at Phu Quoc. 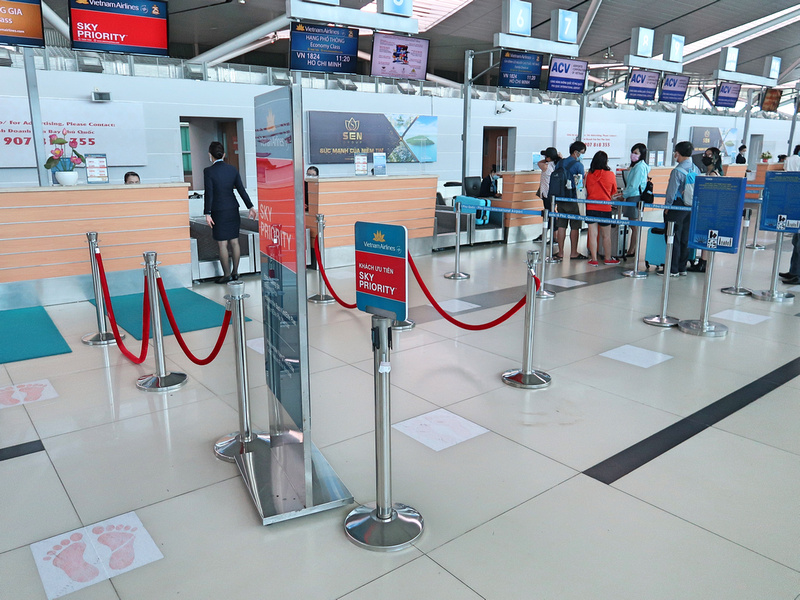 Phu Quoc International Airport was not international at the time of my trip due to the pandemic, so there are only domestic flights operating. 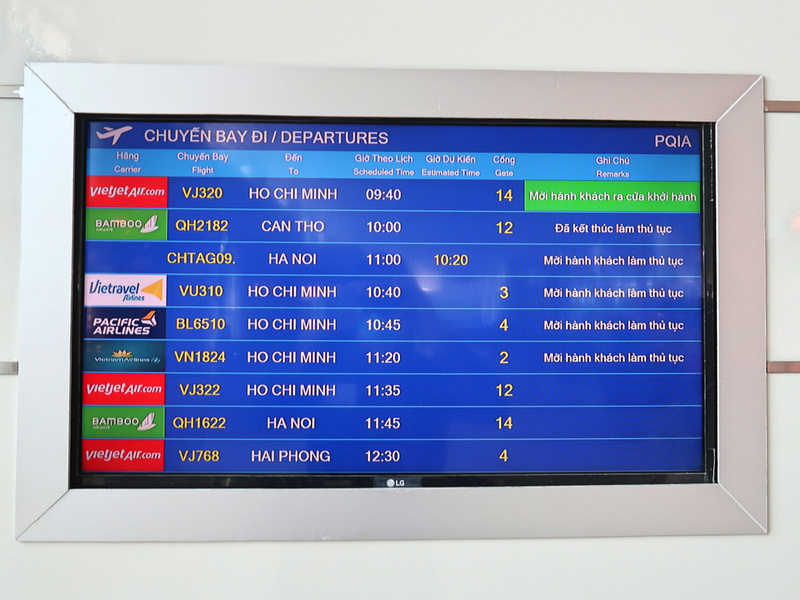 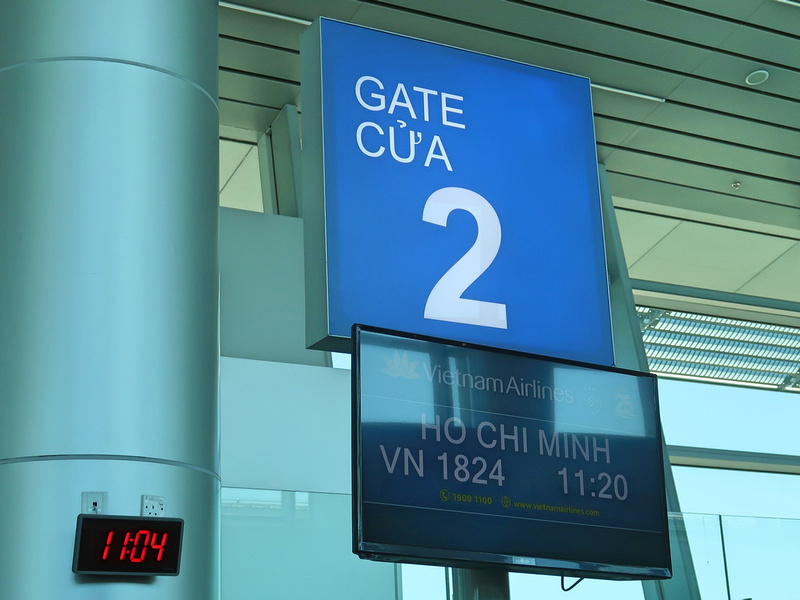 For today’s flight we had an airbridge, so no need to get a bus to the plane. The flight was with an Airbus A321.

I always check in early whenever possible, and when I asked for a window seat I got the emergency exit row. Unfortunately, my seat didn’t have a window. 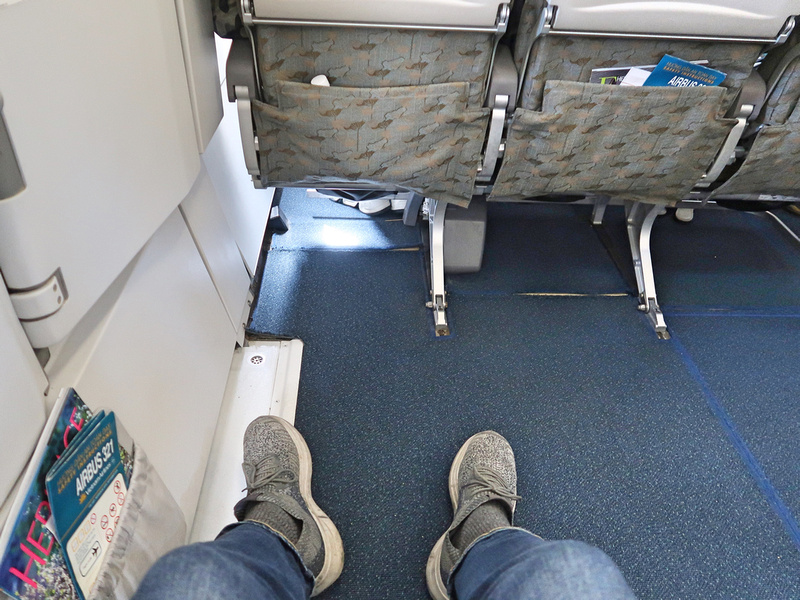 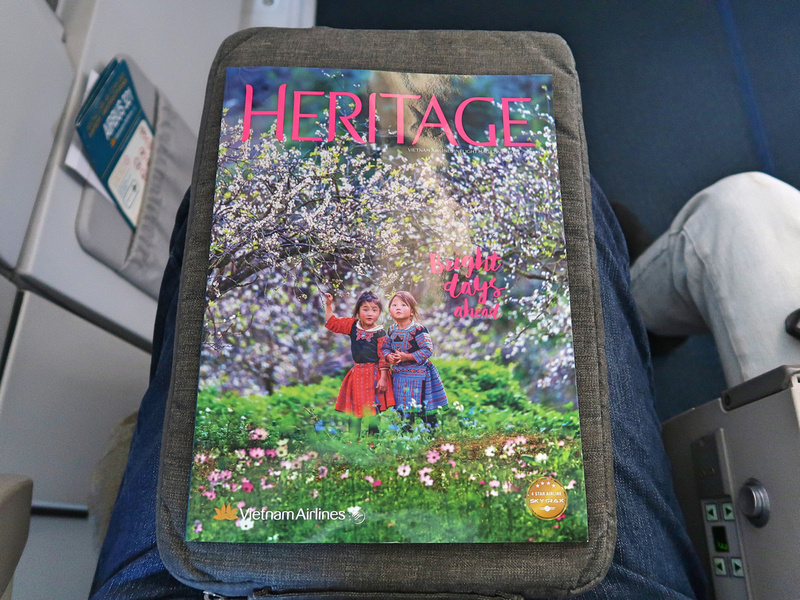 I like checking out the route maps, and I like that Vietnam Airlines have kept the pre-pandemic maps intact rather than showing the current reality of no international flights. 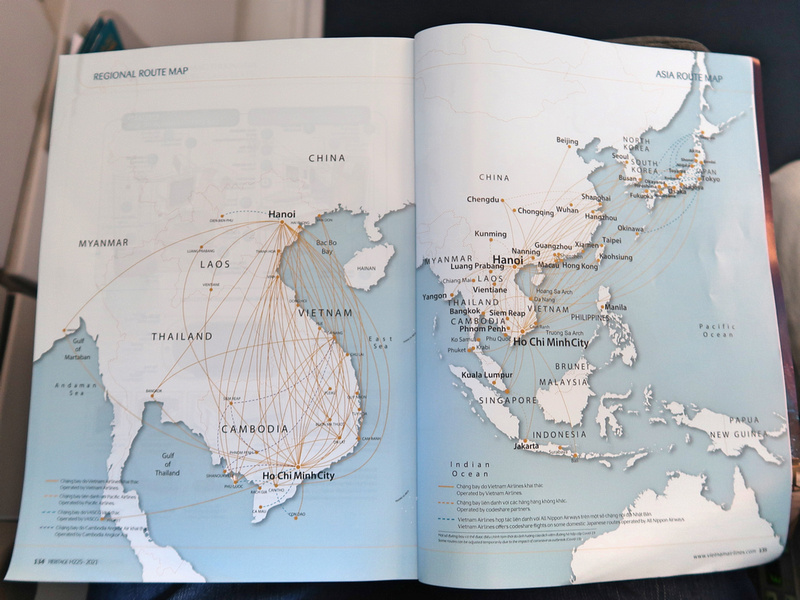 It’s only 300 kilometres distance, but the combination of Phu Quoc being an island and the busy roads in the Mekong Delta means that the land and sea journey is over 10 hours. With such a short distance the aircraft had barely reached cruising altitude before starting its descent to Tan Son Nhat. There is no food service on such a short flight, but free bottled water and a wet wipe was handed out. 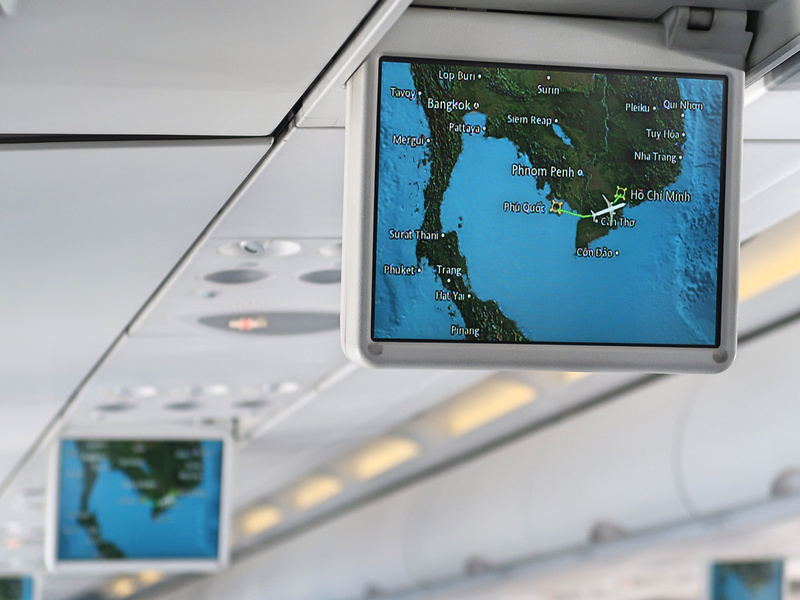 We arrived at busy Tan Son Nhat on time, and today we got an airbridge. My last few flights have been tarmac disembarkations. There is a new airport for Ho Chi Minh City being built, but that is years away from being a reality. 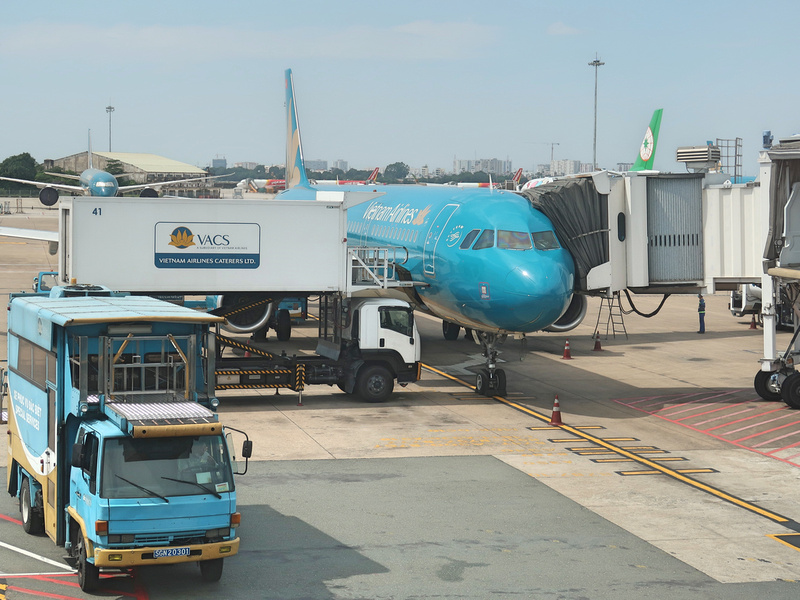 I’m a member of the Vietnam Airlines Lotusmiles award program, and you can also use a Skyteam account to collect points. As my airfare was so cheap I only got a percentage of points, but better than nothing.

Overall this was a good flight option between Phu Quoc and Saigon. I’ve also flown this route with VietJet Air, and in the future I’m curious to try out the new airline.