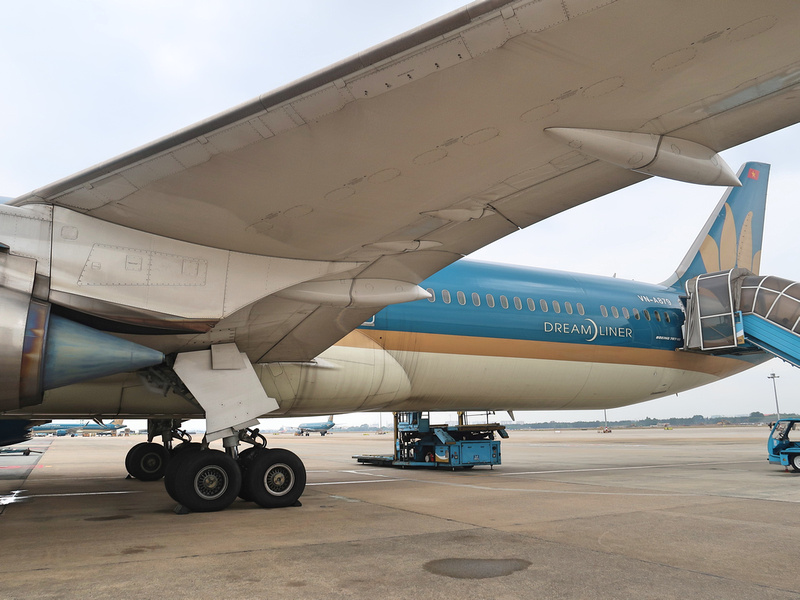 I flew with Vietnam Airlines from Ho Chi Minh City to Phu Quoc. There are numerous flights a day between the two destinations, so I used Skyscanner to search and compare airfares. I selected Vietnam Airlines for the price and time of day.

I wanted a morning flight, and there were a few similar options, so I picked the flight operating a 787 over the A320 alternatives.

I was flying during a time when there were no local covid cases, so domestic travel was mostly normal. 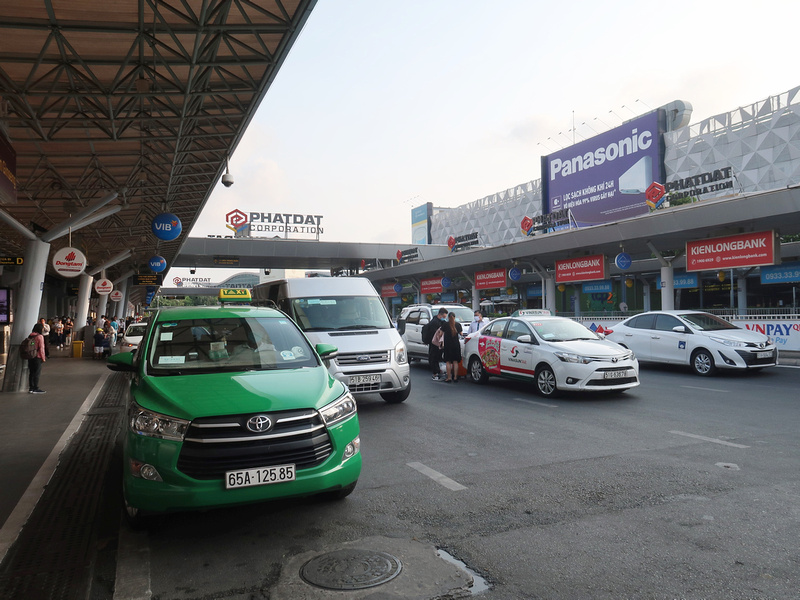 Passengers were required to fill out an online health declaration before checking in. 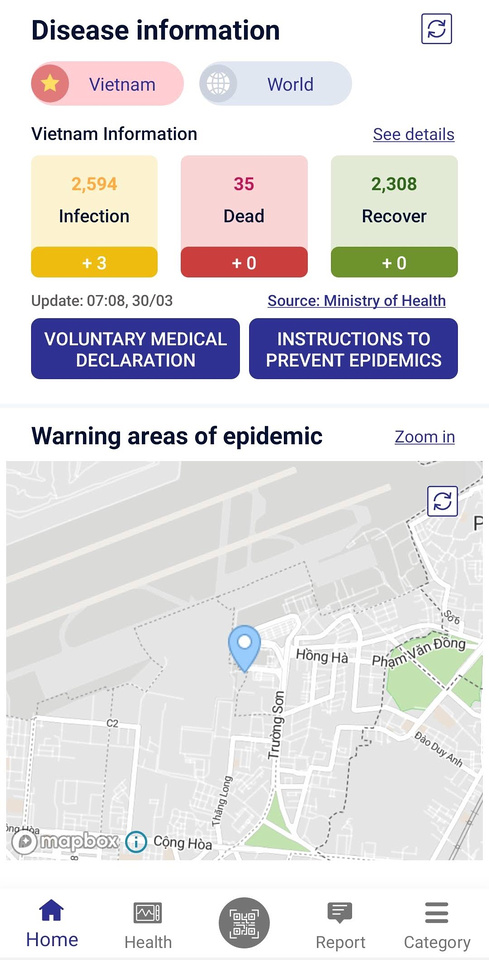 I like using the check-in kiosk so that I can see the seat map and pick my own seat. 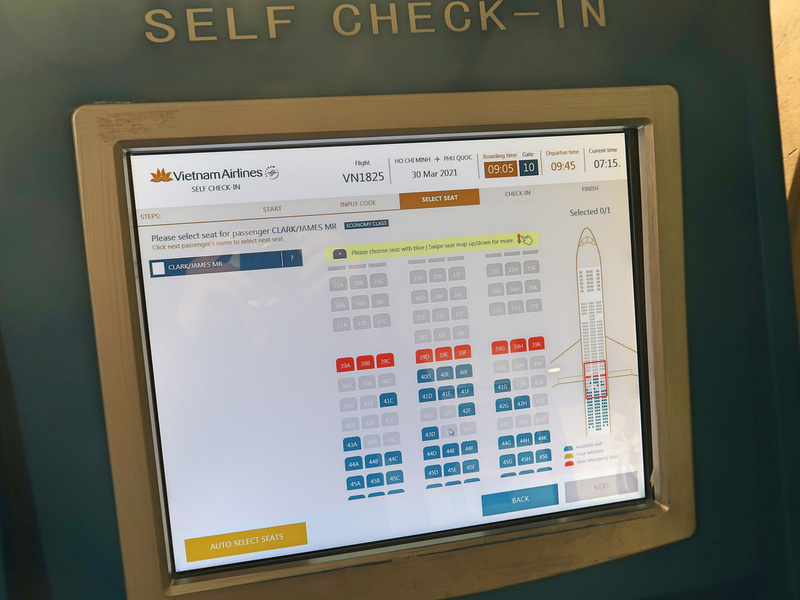 The airport was surprisingly busy, so it appeared that domestic travel was doing well in Vietnam in these times. 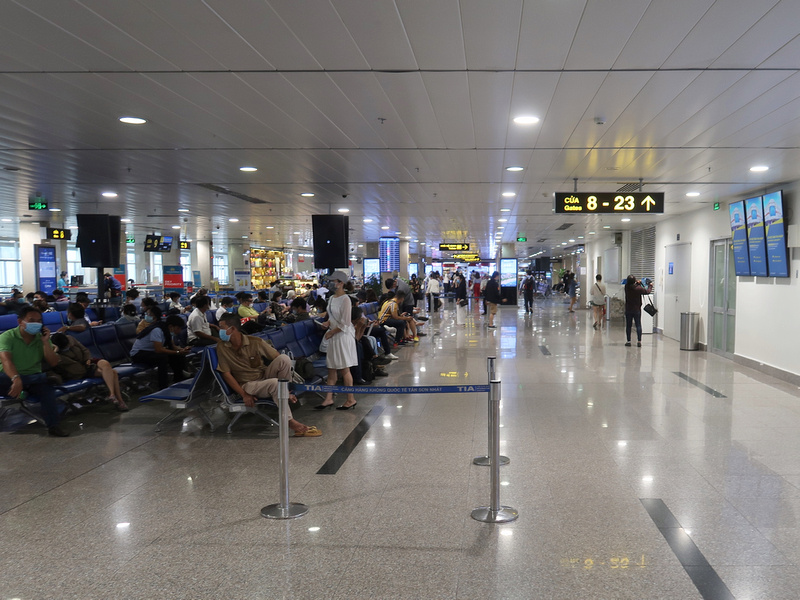 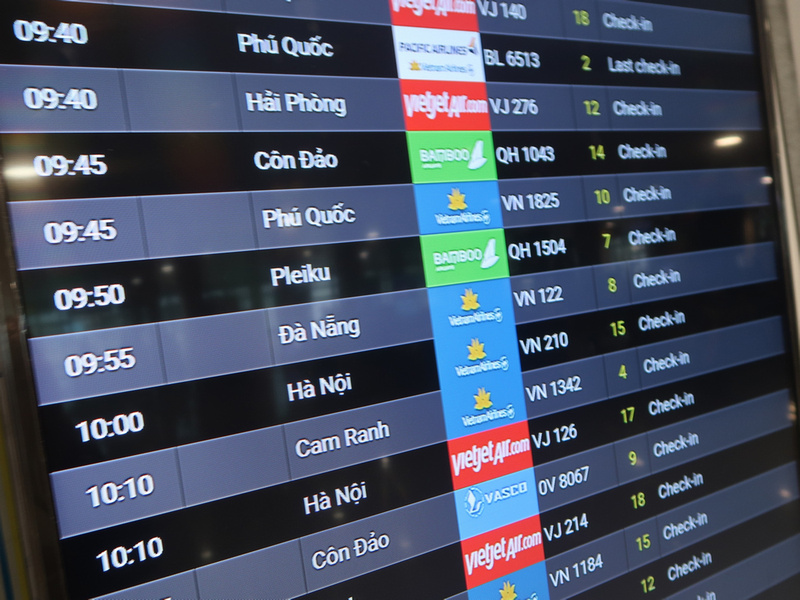 I would have thought that a 787 aircraft would be allocated an airbridge to board. Instead, we boarded via the tarmac. 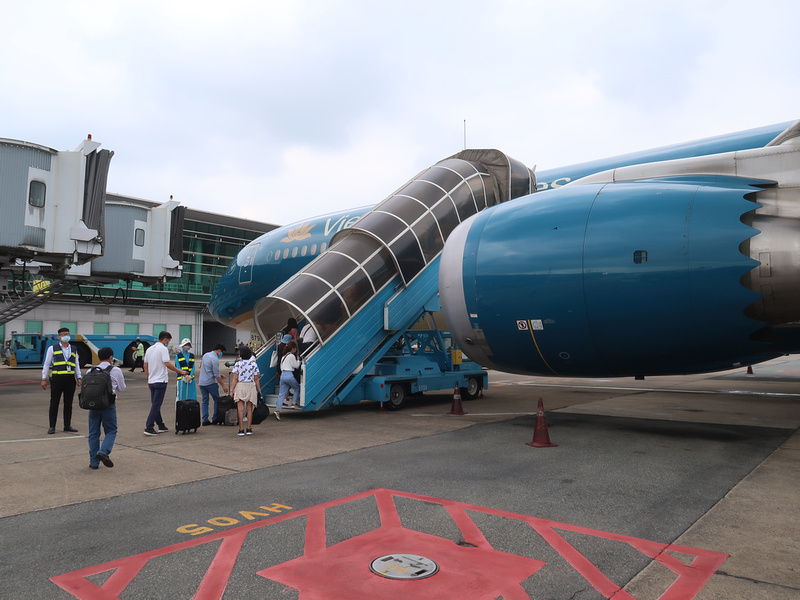 I usually prefer an airbridge boarding, but I did pick this flight to be on a Dreamliner, so at least I got to see this aircraft up close.

The seat configuration on the Dreamliner with Vietnam Airlines is 3x3x3. 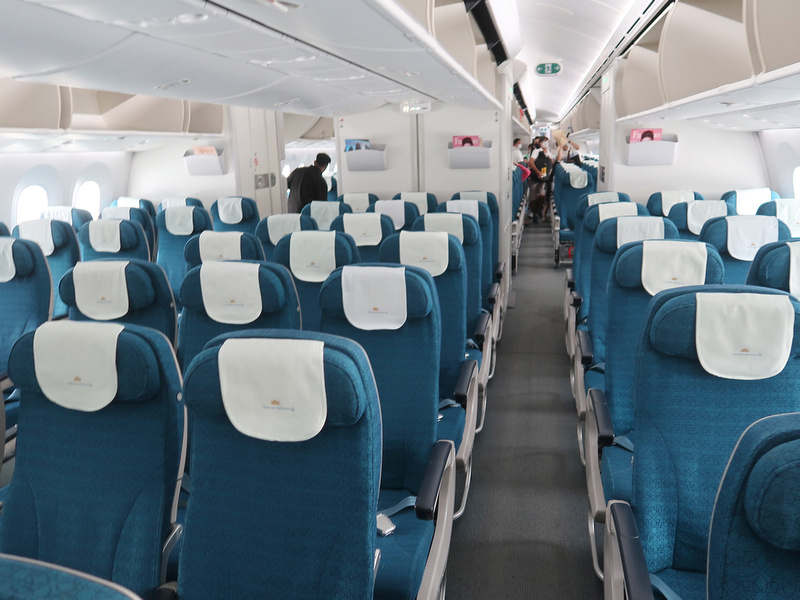 Because I checked in early I was asked if I wanted to move to an exit row, so I took the offer. 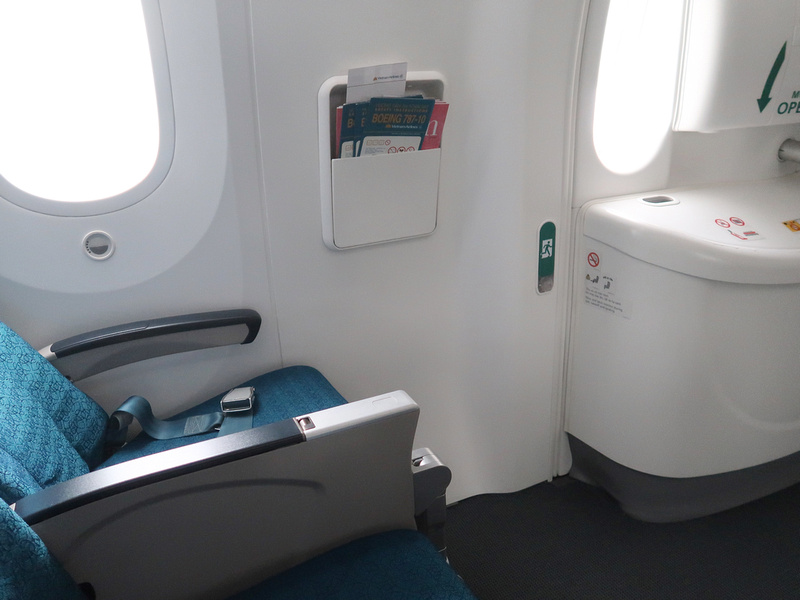 I didn’t get a window, but I will take the option of extra legroom when offered. We were offered a free water bottle and sealed wet towel. 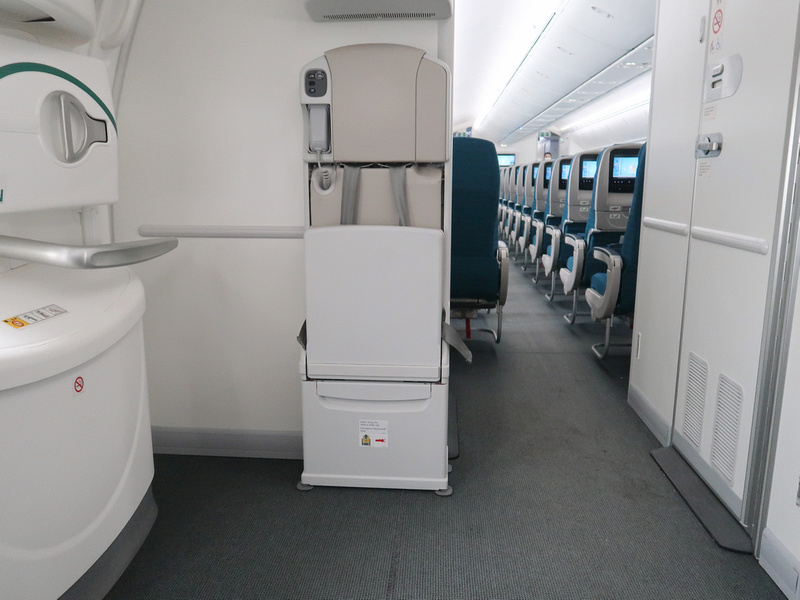 I thought it was unusual that Vietnam Airlines were operating such a big aircraft on this route. They do operate 787 and A350 on the Hanoi – Ho Chi Minh City route. HAN-SGN is one of the world’s busiest domestic routes, so it is easy to fill such a large aircraft. The aircraft was less than half full, with one section completely empty. I presume they are just operating this aircraft on different routes to keep it active, rather than mothballing the aircraft during the pandemic. 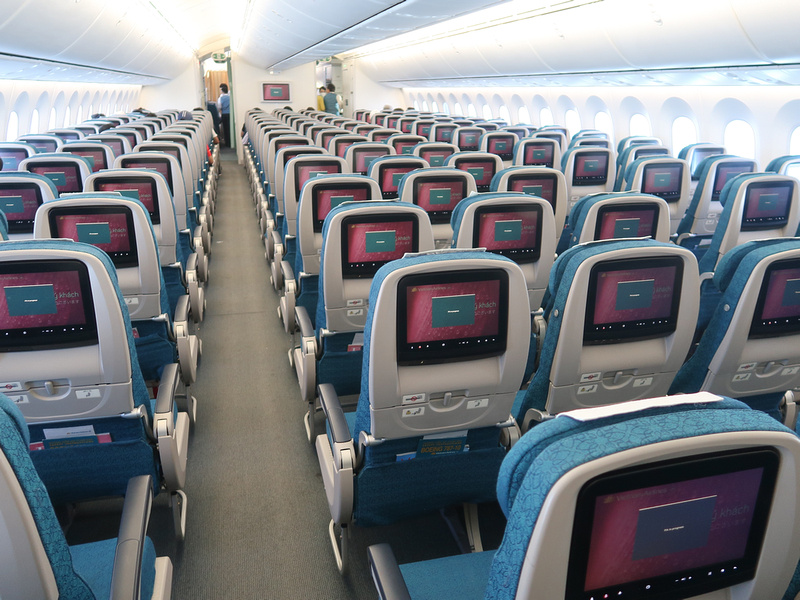 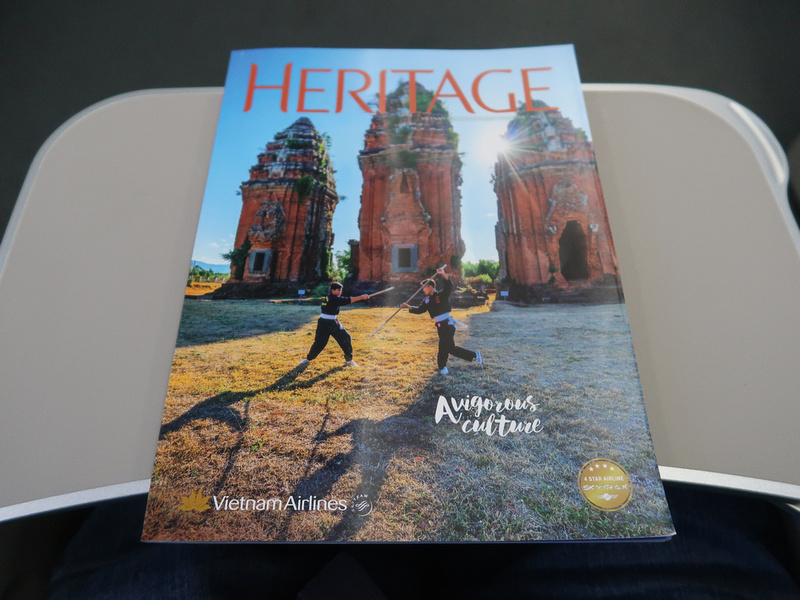 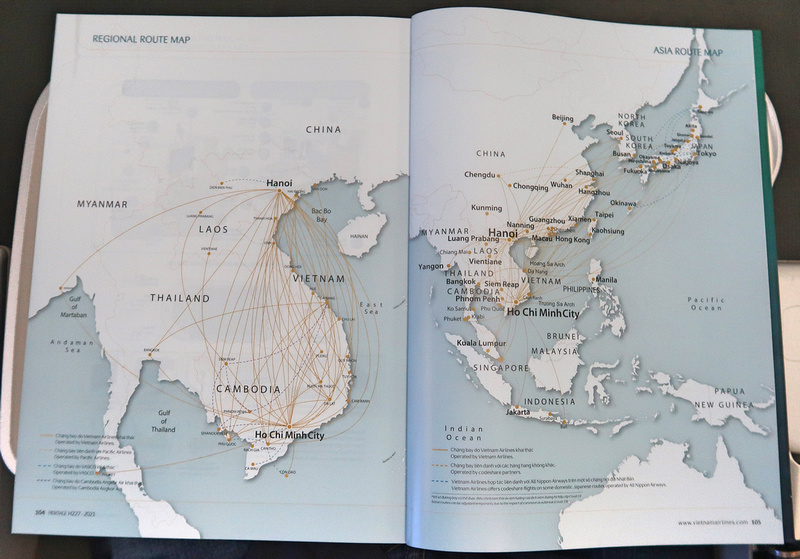 A route map of the flight was shown on the common screens in the cabin. The flying time is about 45 minutes, so the flight has barely reached cruising altitude before starting the descent. 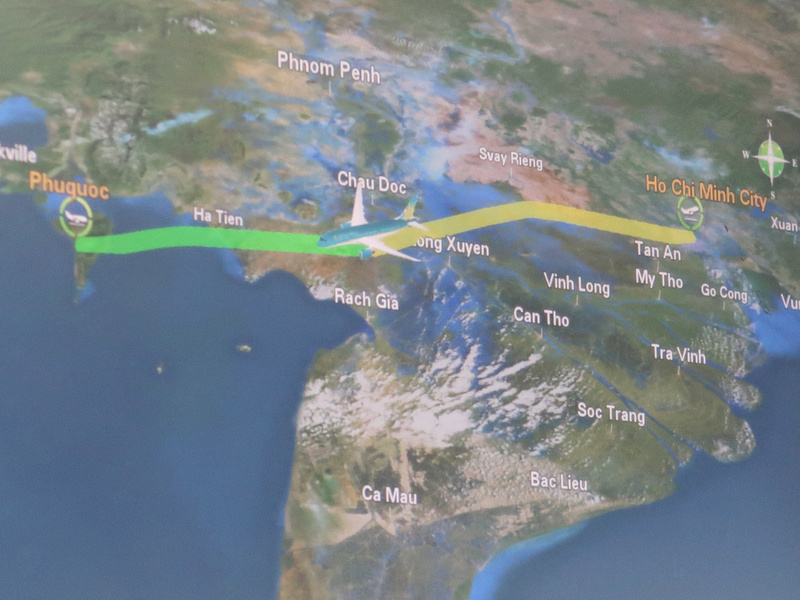 The flight arrived at Phu Quoc International Airport ontime, and we disembarked via an airbridge. 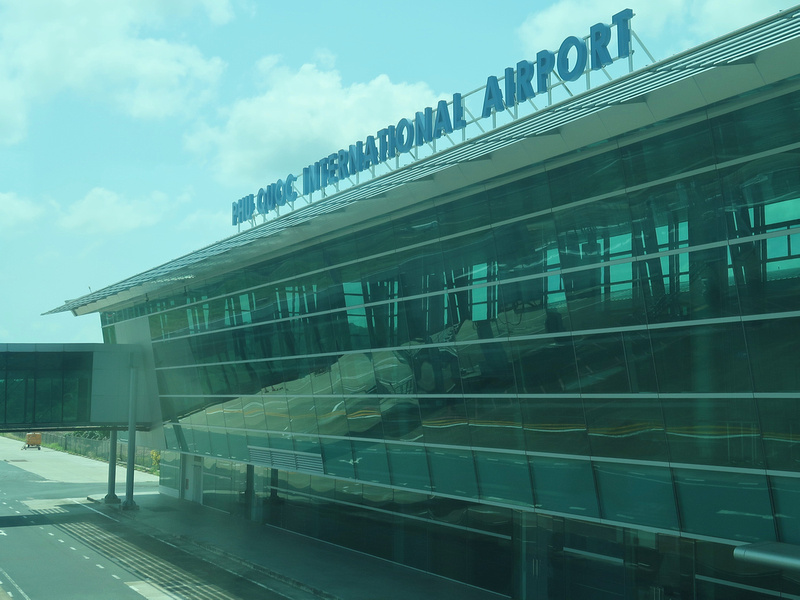 The airport wasn’t busy and baggage claim was quick. 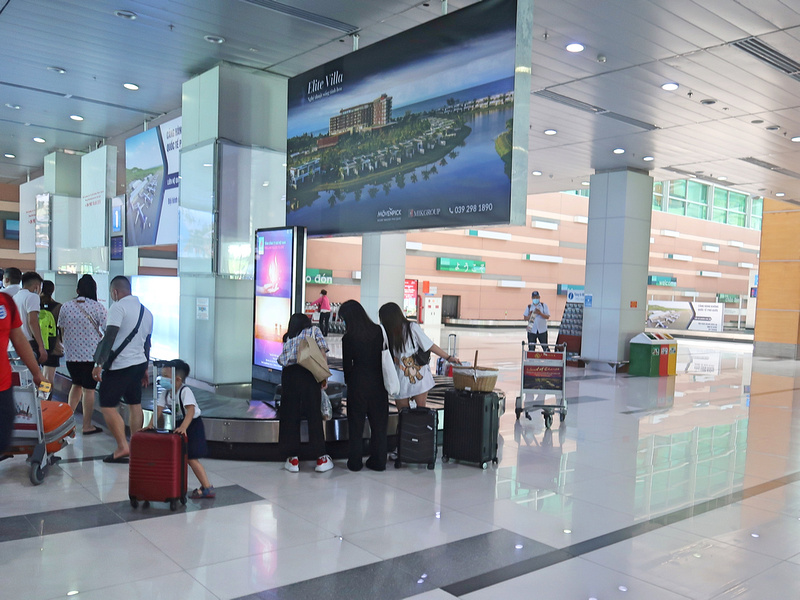 There is a lot of advertising for resorts at the airport, and I was here to do a construction report for Phu Quoc. Here is my full Phu Quoc trip report. 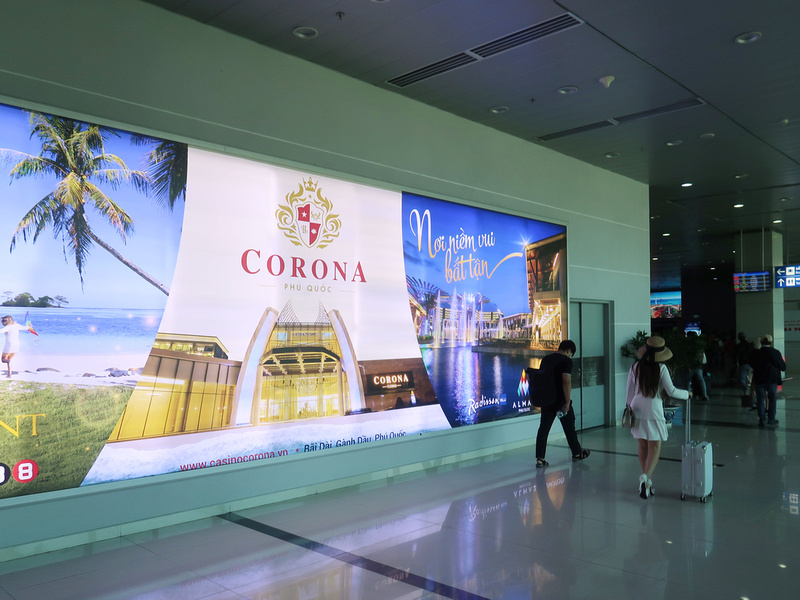 Overall this was a good flight option to Phu Quoc, and I have been a happy Vietnam Airlines passenger during my time in Vietnam. It was disconcerting to see so many empty seats though, which has been a sight for struggling airlines around the world during the pandemic.