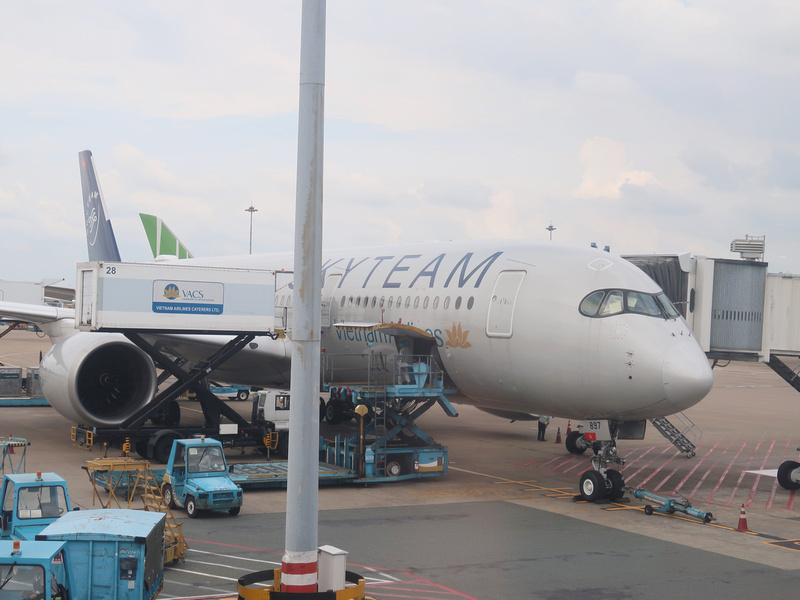 I flew with Vietnam Airlines from Hanoi to Ho Chi Minh City. This is one of the busiest flight routes in the world, and during the current pandemic it has risen in the rankings. There are flights throughout the hour, so I compared all flights with Skyscanner to find the best option. I picked this flight for the combination of price and time of day, and also because the listing said the flight was on a 787. Sometimes a bit of variety in aircraft type is also needed.

My total fare was $44.50 USD (with baggage included), so a great deal for a 2-hour flight. This route is so competitive that you can always find a cheap flight on one of the airlines. I wish rail was a viable alternative, but the current train takes a day and a half. There is a planned high-speed railway for Hanoi-HCMC, though it’s not even close to beginning construction.

There is an abundance of check-in kiosks for Vietnam Airlines at Hanoi Airport. 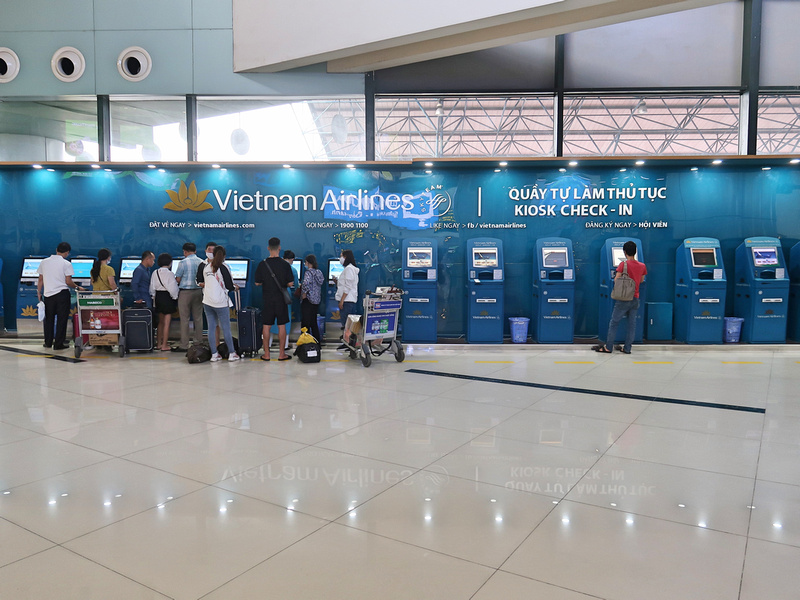 I like using these as you can pick your seat. 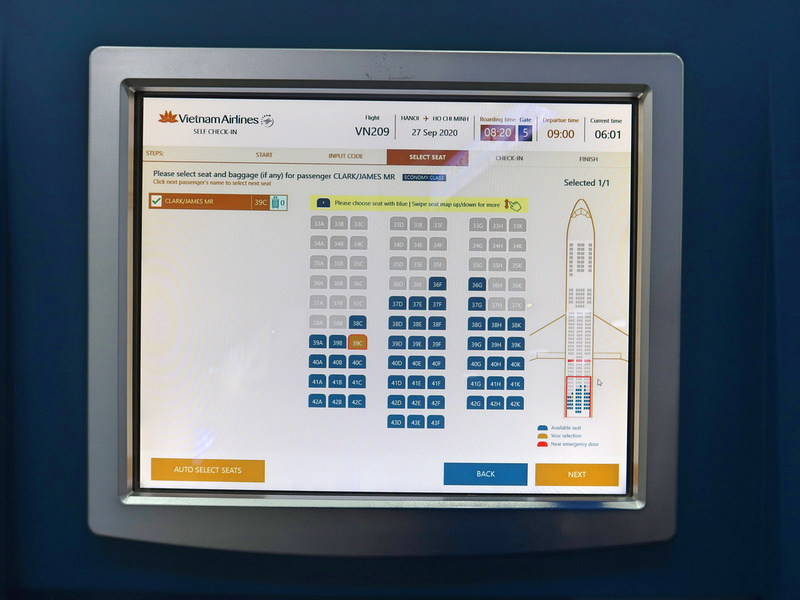 It turned out that today’s flight was on an A350 and not a B787, as previously advertised. I like them both, and it was good to fly on a wide-body aircraft for a change. 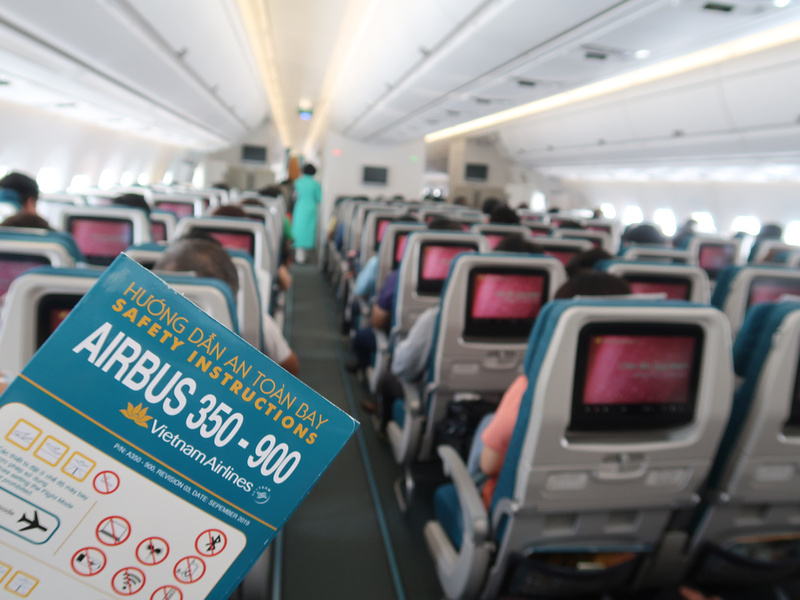 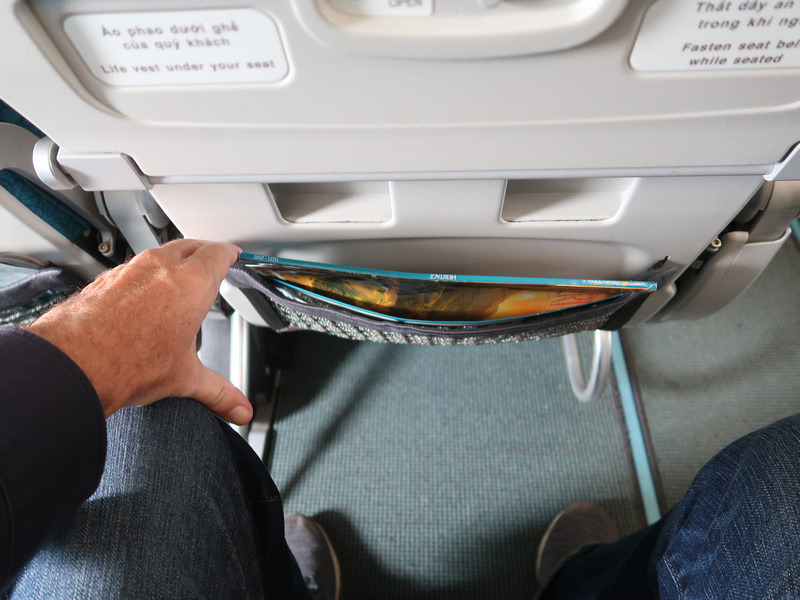 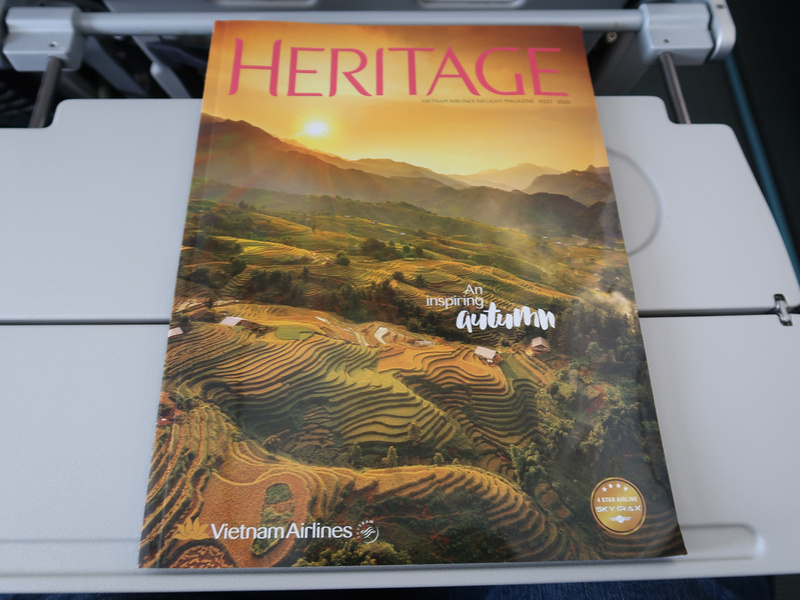 Route maps are my favourite feature of inflight magazines. Vietnam Airlines have kept their route map frozen with pre-pandemic routes. It would look boring if it reflected the current reality, and at the moment there’s no point in updating it until the pandemic is over and the dust has settled 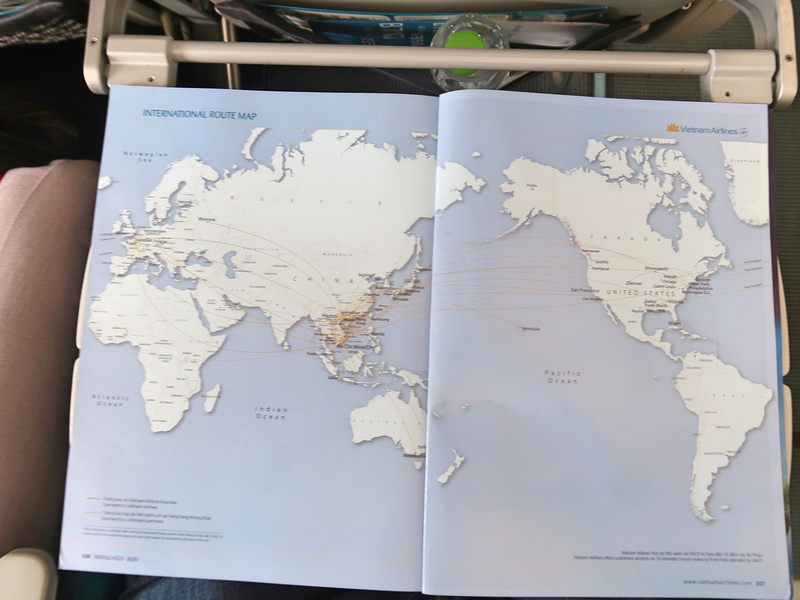 There are still international flights operating, but most of them are special repatriation flights. There was an article outlining the process and higher costs involved in operating these flights. 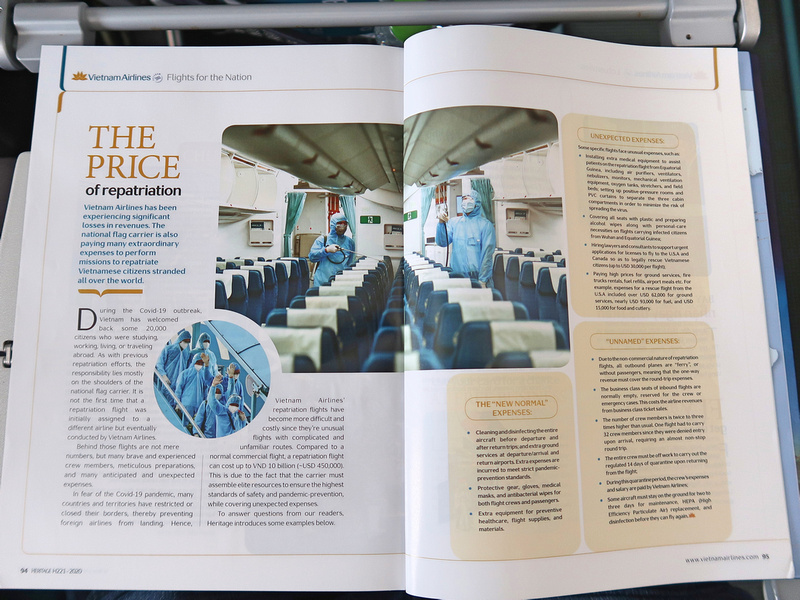 Vietnam Airlines offers a free snack or meal, depending on the time of day and flight length. For today’s morning flight we got a pastry and water. No coffee service though (which may be due to the coronavirus). 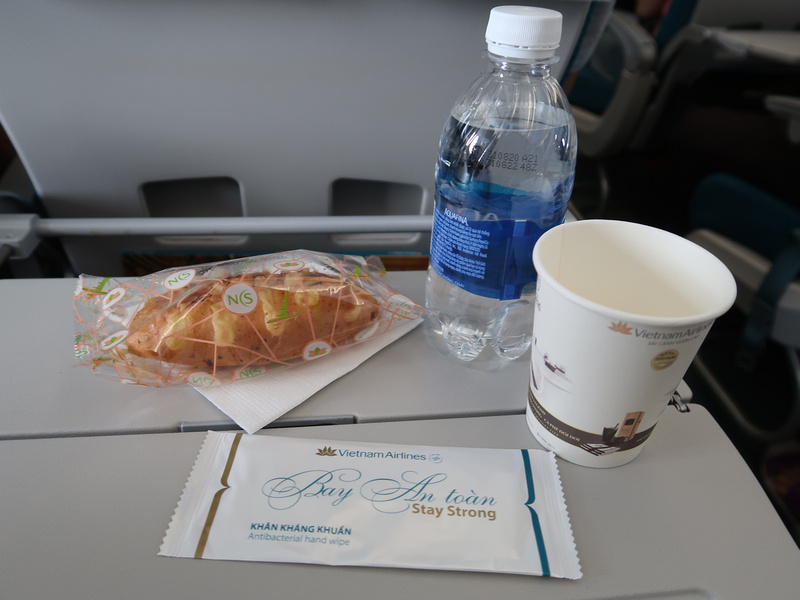 Our flight arrived on time, and being on a wide-body we had an air bridge to disembark. Tan Son Nhat’s domestic terminal is running over capacity, so many flights are disembarked on the tarmac. There is a new airport planned for HCMC, but that is years away from opening.

The A350 had the Skyteam Alliance livery. I am a member of the Vietnam Airlines frequent flyer program (Lotusmiles). Before joining that I was earning miles on Vietnam Airlines with my Delta SkyMiles account.

Despite its capacity issues, Tan Son Nhat is an efficient airport, and I’m always surprised by how quickly bags arrive.

Overall this was a good flight option from Hanoi to Ho Chi Minh City.